It is time I think that I talked about one of the projects on which I am working… nothing to do with riding bikes in strange places but rather a story about boats. I was lucky enough to grow up in a tiny little Cornish seaside hamlet called Portmellon. I spent my childhood playing among the piles of sawdust and woodshavings in Mitchell’s boatyard there. Good fortune meant that I became a part of that boat-building family when I was just 7 years old. Good fortune also meant that somehow I avoided losing limbs or decapitating myself on the giant saws and other machinery as I built a never ending stream of model boats when the yard was quiet.  Now, my step grandfather was a quite famous boat-builder.. a true craftsman. I never knew him sadly but he did leave a biography which was briefly in print in 1968 and is now quite sought after, along with his boats, in the classic boat world. The plan is to get that biography back in print.. it is an important piece of local history as well as a fascinating read. I have a lot of work ahead of me.. 3 boxes of wonderful photographs from the yard going back to the early 20th century, many of them in need of careful restoration. I also plan to introduce an update to the story of the yard. The yard itself closed in 1983 due to the economics of wooden boat building but my stepdad, Gary, is also very well known in the marine world, not as a builder but as a designer, his boats can be found in harbours all over the world. 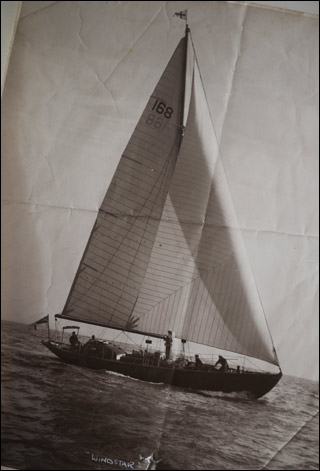 “To have a First Class Fishing Boat, you have to have a First Class Boat Builder.’ Percy Mitchell of Portmellon (born 1901) was that man. He was described by Dr Claud Worth, an eminent yacht designer, as “an artist in wood”, and by Commander W B Luard as “one of the finest traditional boat builders in the world”. He is described as a deeply religious man, who never railed against setbacks, but ruggedly persevered, believing that character is shaped and moulded by trials and difficulties. Almost entirely self-taught, his first commission was the Ibis, a Cornish Fishing Lugger, built on traditional fishing hull lines. At 42′ in length, 13′ beam, and 6′ draft (7′ with her working gear onboard) she was one of the biggest Luggers working from Mevagissey for many years, and her catch numbers were legendary. The Ibis is the holder of two fishing records – the largest catch of pilchard ever landed by a Cornish Drift Netter (2346 Stone) & the largest catch of turbot, long-line caught, from the Ray Pitts (English Channel) in July 1952 (896 Stone). In his autobiography, ‘A Boatbuilder’s Story’ Percy Mitchell’s account of the Ibis being built and launched is remarkable. His simple yet moving story is of a struggle against odds to ultimate success and fame. Illustrated with a wealth of photographs and many line drawings.”

I am very excited about this project so do stay tuned for progress, it will be a fascinating read whether you’re interested in classic boats or not. 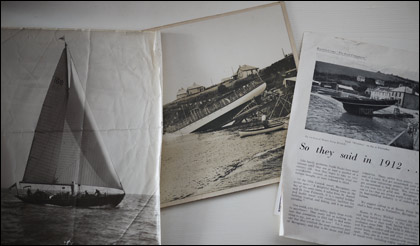 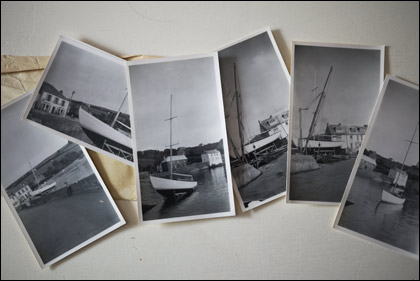 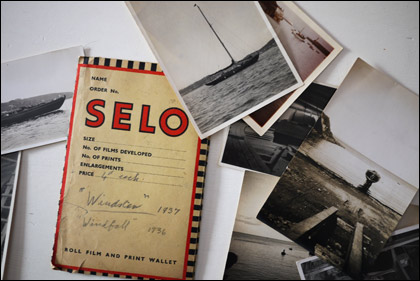 I am also working on a second book with a street photography flavour.. but I’ll ramble on about that another time :-)

22 thoughts on “A Boatbuilder’s Story”