Various projects have been moving slower than expected for a number of reasons, including having to repair my carbon paddle after I noticed some damage,  so I thought I would post a quick round up..

1. The carbon surf kayak fins.. I have a nice mould now, pictured. The first attempt did not work out when the mould did not release cleanly from the blanks so I went back to scratch, carved a new blank from MDF again and this time coated it in epoxy, which is what I should have done first time around. Lesson learned. It is more work but let me use conventional polyester gelcoat followed by layers of chopped strand mat and polyester resin for the mould itself. With a few coats of release wax the whole lot separated beautifully and now I have a nice mould. I am in the process of sorting a vacuum pump, a situation that should be rectified by the weekend.. so I should have the first fin by sunday evening if, as always, everything goes to plan.. which it rarely does. 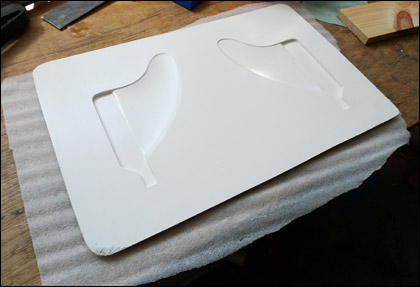 2. Boatbuilders Story.. just waiting for the text now, that part of the project is being done my another family member so the project is stalled until I get that. Shouldn’t be long. ** update: now available, click here **

3. Sixty Degrees of Latitude.. I received the first hard copy a couple of weeks ago, it looked really nice in print but not quite perfect to my mind so I made a few changes. I should have the second copy in my hands by the weekend.. if I’m happy with that then I’ll make it available to buy….

Other than that.. business as usual.. bikes & kayaks. I’ve not been spending as much time around bikes as I would like simply because I have noticed that I’m not tolerating hard riding as well as I should so probably still recovering from the last year of pedalling in S America. I have also just ordered drawings from the States for a cedar strip kayak, a Petrel design by Nick Schade. Building a strip kayak has been on the list of “must do things” for quite some time.. so  no time like the present. It’s a pretty boat, not sure how long it will take me.. 150 hours, possibly more depending on how fussy I get over the fine detailing. I’m thinking some carbon hatch plates and cockpit detailing would go beautifully with a high gloss wooden hull… anyway, I’ll write more about that when the timber is ordered and the build is underway. A few details of the boat below. 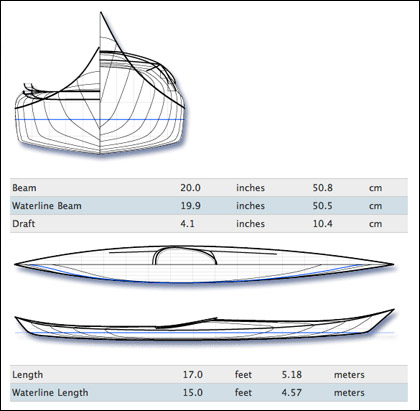 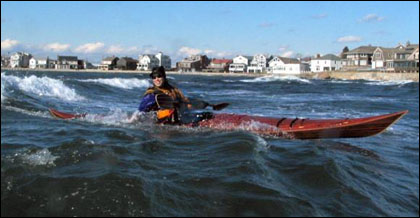