I’ve been neglecting my sea kayak over the past month or so… all my paddling time has been in my surf boat. I put that right today however with a few friends for a perfect sea kayak day out along the west coast of the Lizard peninsula. I spend a lot of time paddling in that area, it’s always stunning but today was pretty special. The west coast there is fully exposed to the Atlantic so it is very rare for there to be almost no swell at all. It’s an exciting paddle when it’s rough but today was a very different  experience – very mellow with the possibility to get properly up close and personal with the numerous caves that perforate the dark serpentine cliffs. This is a picture heavy post so without further ado……. 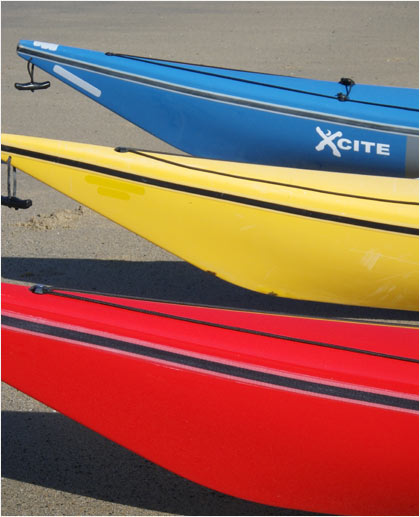 a trio of "Tideracii".. amongst my friends I count 6 owners of Tiderace Xcites.. they're excellent kayaks and popular down here thanks to Drew in Porthleven.. 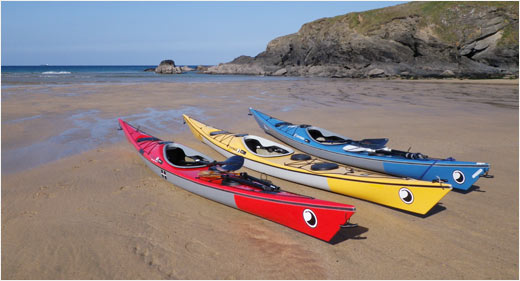 it's a good thing they didn't all come along today though, that would have been just weird... like when you see couples walking down the street wearing matching sweaters... creepy even. 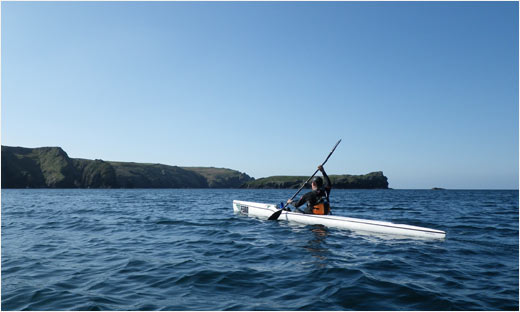 John brought his big ski which was a good thing for diluting the weirdness of otherwise identical kayaks. With his wing paddles he flies on this thing, but it's not much of a rockhopping tool. Looks wicked on the water. 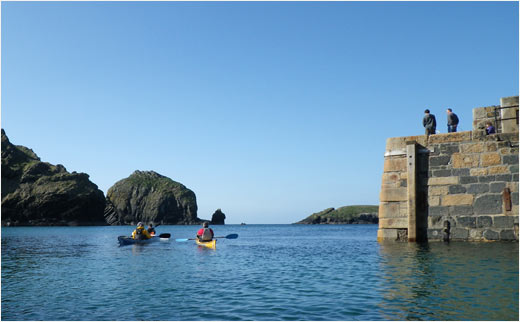 copious quantities of pre-launch coffee necessitated an early (very early) pee stop at Mullion. The folk on the quay are no doubt commenting on weirdness... 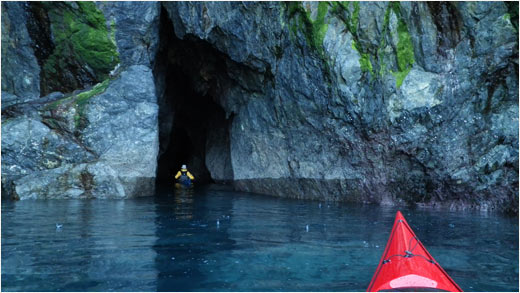 A nice bit of cave action. The particular variant of serpentine rock that occurs here is known, somewhat predictably, as Lizardite. My geologist friend tells me that it is typical of rocks found in the oceanic crust or upper mantle... the geology of the Lizard peninsula is very different to the rest of Cornwall, it is in fact a 'splinter' of serpentine rock formed by an ancient subduction zone. 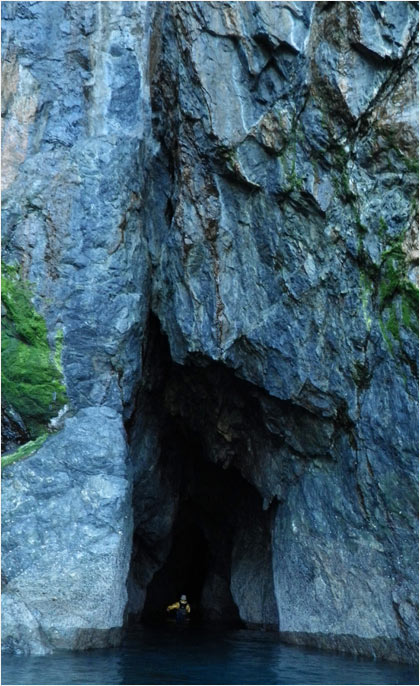 must remember to bring a flashlight next time... 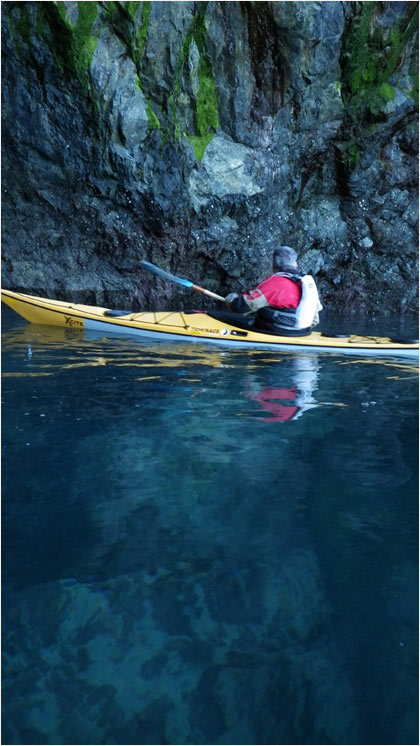 stunning clarity of the water 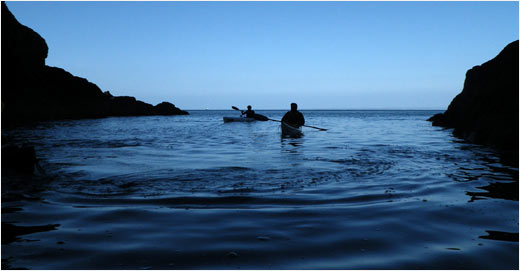 we did have the usual seal escorts for part of the day.. but they wouldn't be photographed... leaving nothing but a tell-tale eddy on the surface the moment a camera appears. 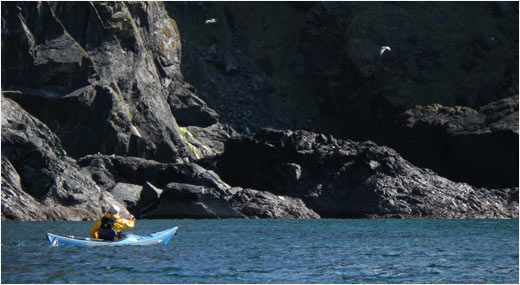 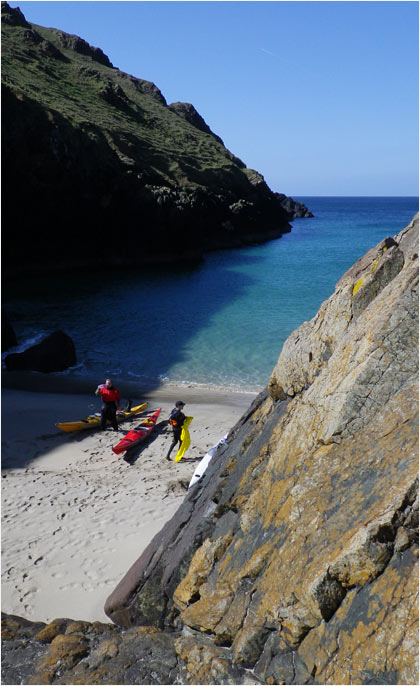 a fabulous place to stop for a bite to eat. I've never been able to get in here before, if there is much swell running it gets funnelled in and dumps in a heavy wave.. manageable elsewhere perhaps but it's very narrow between the rocks and doesn't give much room for manoeuvre. 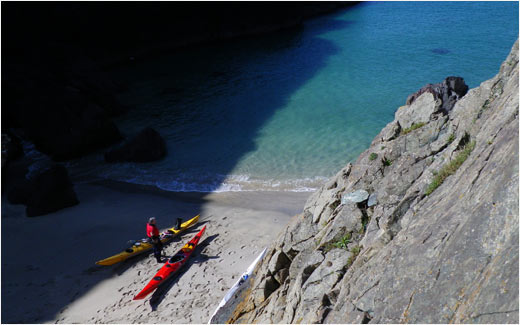 there's a small stream here, it would be a terrific bivy spot 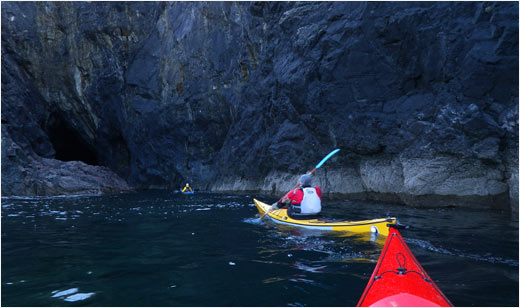 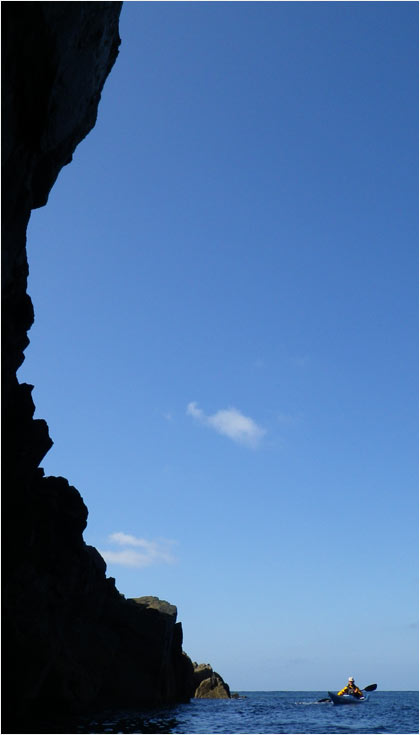 some caves are big.. really big 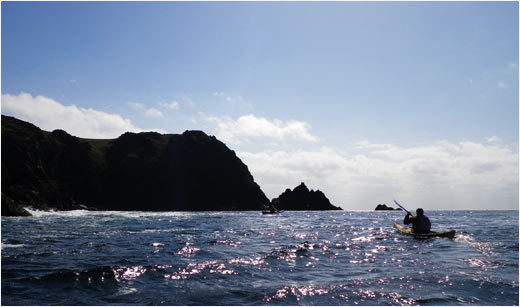 the wind was a blustery and cold easterly. Nice clear light on the water as a result 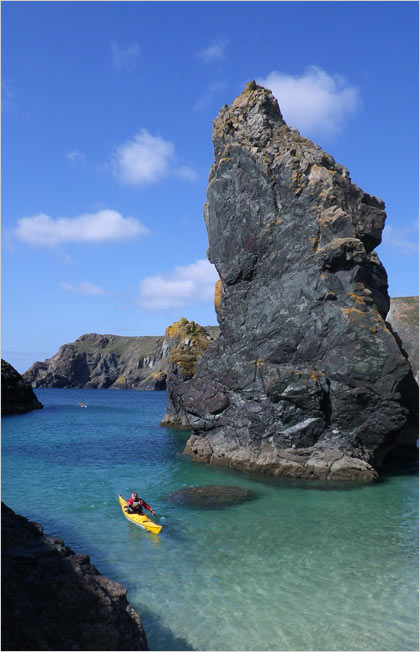 the approach to Kynance Cove is always magical 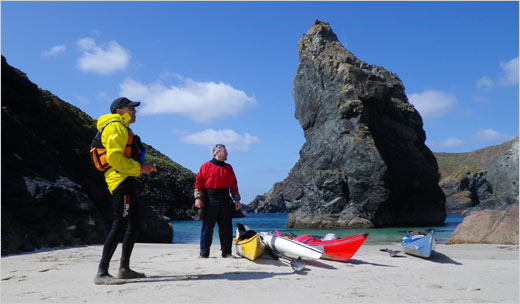 we stopped on the sandbar for a brew.. simply because we could. The tide was high enough that the numbers of land-based visitors couldn't reach the sandbar. Always a good thing :-) 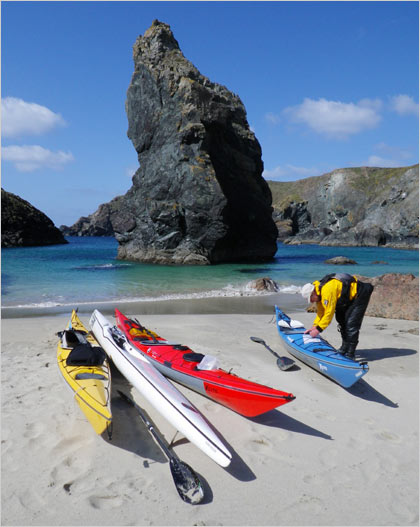 John's ski is so feathery light despite its 20ft length that we had to wedge it between sea kayaks to stop the wind blowing it away..!