not so long ago when I was competing and doing high training volumes and lots of high intensity stuff.. intervals, time-trials, sprints and the like becoming chronically overtrained was a very real danger but because that awareness was foremost in my mind as I followed my training schedule and monitored my performances the risk of actually finding myself in that state was relatively low.. although I was never very good at taking it easy. With ‘training’ no longer a feature of my life however, instead having been replaced with “just riding”, sea kayak days out and surf kayak sessions I stopped paying attention to how my body was feeling. I got used to feeling tired while riding through the Andes, understandably I think…. and used to feeling tired when I transitioned from doing that to guiding 7 days per week on the water in the Hebrides last year.. got so used to in fact it just became normal. On it’s own I think it wouldn’t have been too much of a problem to recover over the winter but throw in a little of the emotional stress from setting out on a completely different career path, some sleepless nights and “bam!” Overtired. At least that’s my analysis. I’ve been in denial the last month or so as I felt increasingly rough.. couldn’t resist a good surf session or heading out on the bike. Tired in the mornings..? Yeah, that’s what coffee is for.. See I never felt like I’ve been doing much riding, only around 100 miles/week – relatively little.. but throw in a couple of good surf sessions each week – the intensity of which can be akin to a 2-hour long interval session on a bike and looking back it’s easy to see where I went wrong. So the last 2 weeks I’ve successfully stayed away from paddles and pedals.. almost, the exception being leisurely spins down to the beach. Recovery will take a bit longer with those spins but I can’t live without it. Trade-off. Anyway, that’s my version of events as to why the photo heavy posts of late and precious little re riding and kayaking. With lymph nodes approaching the size of golfballs I’m hoping the medical tests will all point towards the same conclusion :-)

I was down at the beach this morning with friends, had my surf boat with me in case the waves were unmissable.. but luckily they weren’t so while the others hit the surf I just wandered in the early morning sun. I had my Holga lens in my pocket. 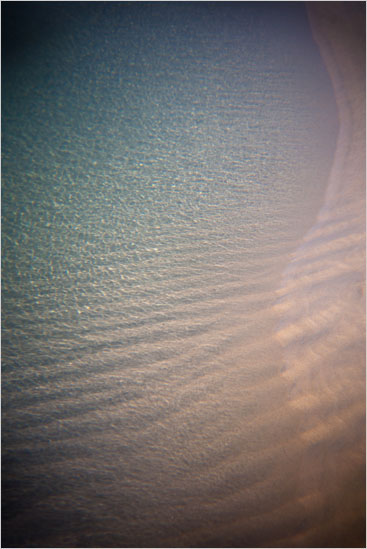 I have always been fascinated by the deep pools hollowed in the sand by wave action around the rocks. Deep, clear and green. As a child I always felt the need to float a model boat on the liquid crystal. Still do I think but in the absence of a model boat I instead appreciate the painterly tones in the sand and water.. rendered quite nicely by a Holga lens. 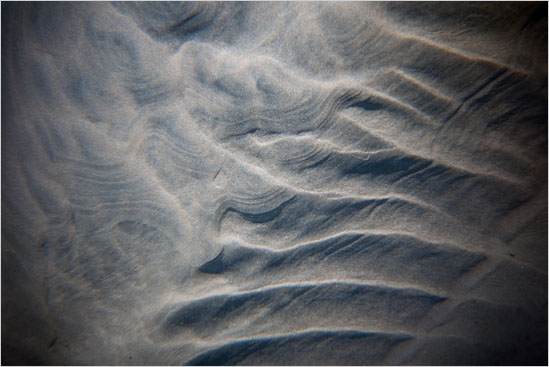 some nice patterns in the sand too.. 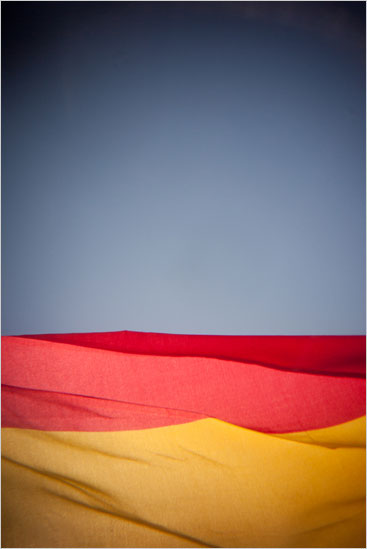 and a bit of colour from the lifeguard flags