I think I’m suffering a ‘dry’ period with respect to inspiration for words and pictures.. reason being I have got a lot to think about at the moment with respect to business ideas and so on.. doing quite a lot of that thinking on my bike but nothing I could write about here. No doubt this dry period will end before too long but in the meantime here’s something a bit wet.. messing about off Lands End again, a little lumpy out there today with the swells crashing on the rocks churning up some foam..but with barely any wind to disperse it the foam was accumulating into great thick carpets as deep as a kayak. 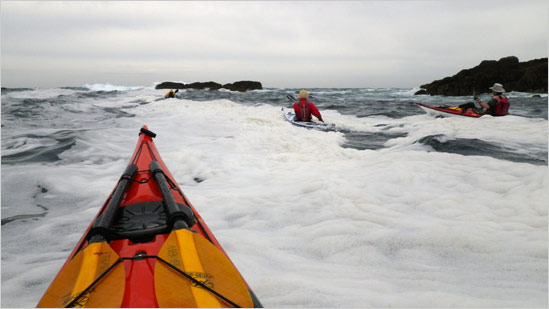 Contrary to what many folk believe it’s not a consequence of dirty water, the sea out there is very clean. Rather it’s a consequence of dissolved organic material in the water, for example algae and sea weeds breaking down, acting as a surfactant .. hence the foaming when the swells crash over the rocks. 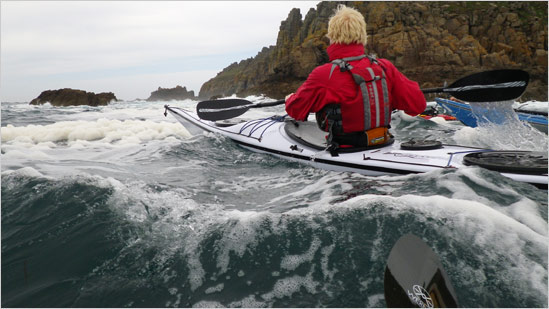 I seem to have been off ‘the End’ quite a lot of late but friends have been paddling here so rather than be anti-social… and it is a great place to paddle.

this is Ben.. By the way that green colour of the aerated sea water in sunshine is my favourite colour so if you ever feel the urge to knit me some kayaking socks or a hat make sure they’re that colour ;-) 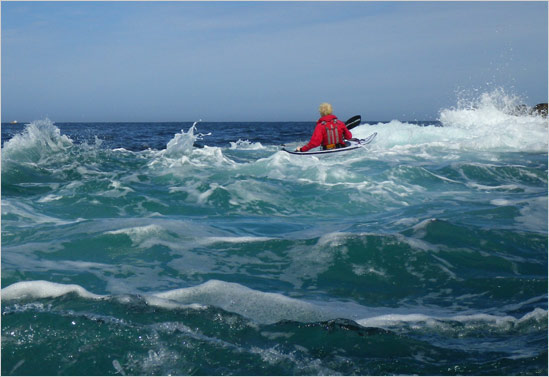 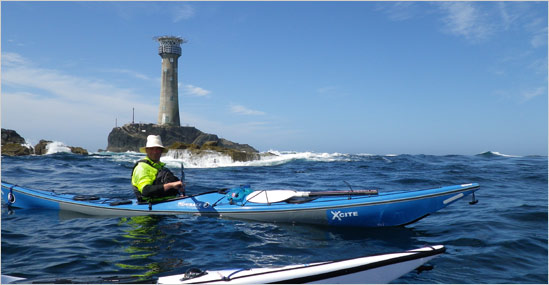 it’s the Longships.. again :-) The tidal race running between Lands End and the reef was fantastic with a chunky swell running against the tide. Very fun. No pics for obvious reasons. I really ought to do something about a head mount with a remote release or something.