Dave is at it again, honestly I think he’s having far too nice a time for what passes for ‘working’.. while he is out in Vietnam quaffing rice wine with the Chief of Police I’m sweating over a hot keyboard (well, not actually sweating perhaps although it is shaping up to be  sunny day) putting together the brochures for the individual tours that will be available for download from the site… having said that Dave lives out there, I live here and both are essential tasks as we build the Painted Roads business. I am going riding later however and hoping for some waves over the weekend..  Besides my memories of drinking rice wine in that part of the world are mostly limited to waking up feeling extremely rough and on occasion to find noodles in places noodles shouldn’t be..

The small town of Truong Son, honestly, doesn’t it look an awful place to be stuck on a bicycle…

Anyway, back to the Ho Chi Minh trail tour.. Dave’s post “Rice Wine with the Chief of Police” is well worth a read although if you find the idea of eating the Vietnamese delicacy of eggs with wings a little off-putting then perhaps skip the first para and start reading where it says “The events that brought us to be sitting in a half built house drinking strong grog with a pair of builders and an off duty police chief were, to my mind, rather curious.… ” (read on to find out how he got there..).

alcohol in various forms does feature quite significantly in Dave’s narratives.. interpret as you wish, but riding is thirsty work.

And so to the brochures.. and yes I know one shouldn’t start a sentence with “and” but this is my blog and I don’t care.. It’s been genuinely enjoyable designing the brochures, not just the opportunity to get away from coding to mess around with InDesign again but also because as I put the words in it makes the tours so much more real and exciting. The northeast Vietnam tour in particular is an absolute stunner, the first edition of this tour is planned to run in the second week of January 2013. Coastal Southern Thailand too is going to be great fun, very different character of tour.. easy going with the emphasis on beaches and a post-ride cold beer or three. We’re looking at running this also as a Fixed Gear & Singlespeed tour in the new year too.. initial research indicates enough interest to make it worthwhile, and we can link up with some local fixed riders in Thailand to make the whole thing a bit more special. More on the fixed gear tour edition soon.

In the meantime a few screenshots of the NE Vietnam brochure below.. it’s still draft and thus I’m not making the PDF available just yet but you’ll be able to have a look at the text and pictures (click the images to enlarge) and get a feel for what is going to be a very special ride. Remember.. early January 2013.. if you want to stay in touch with what is going on you can sign up to the Painted Roads newsletter using the form on our holding page at www.paintedroads.com, or follow us on twitter.. 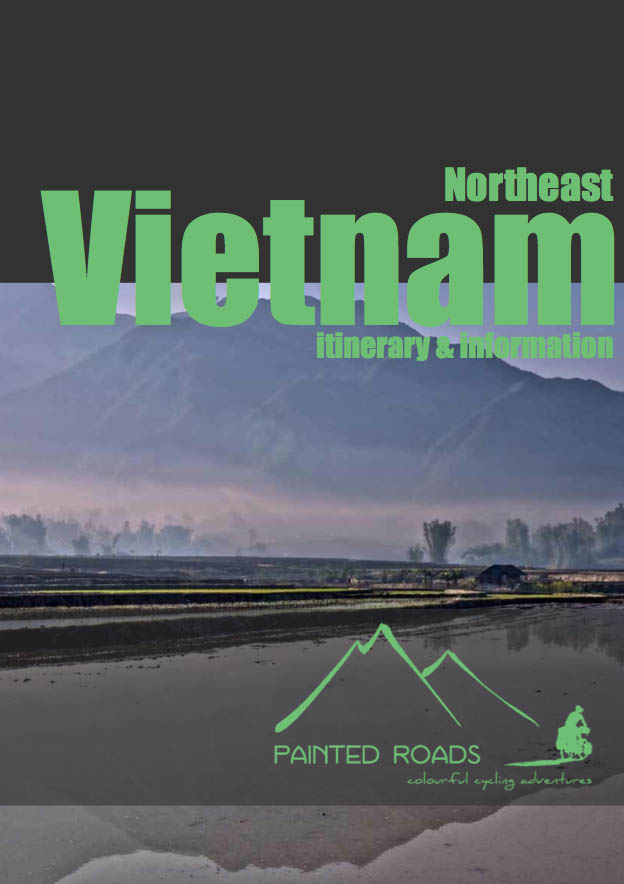 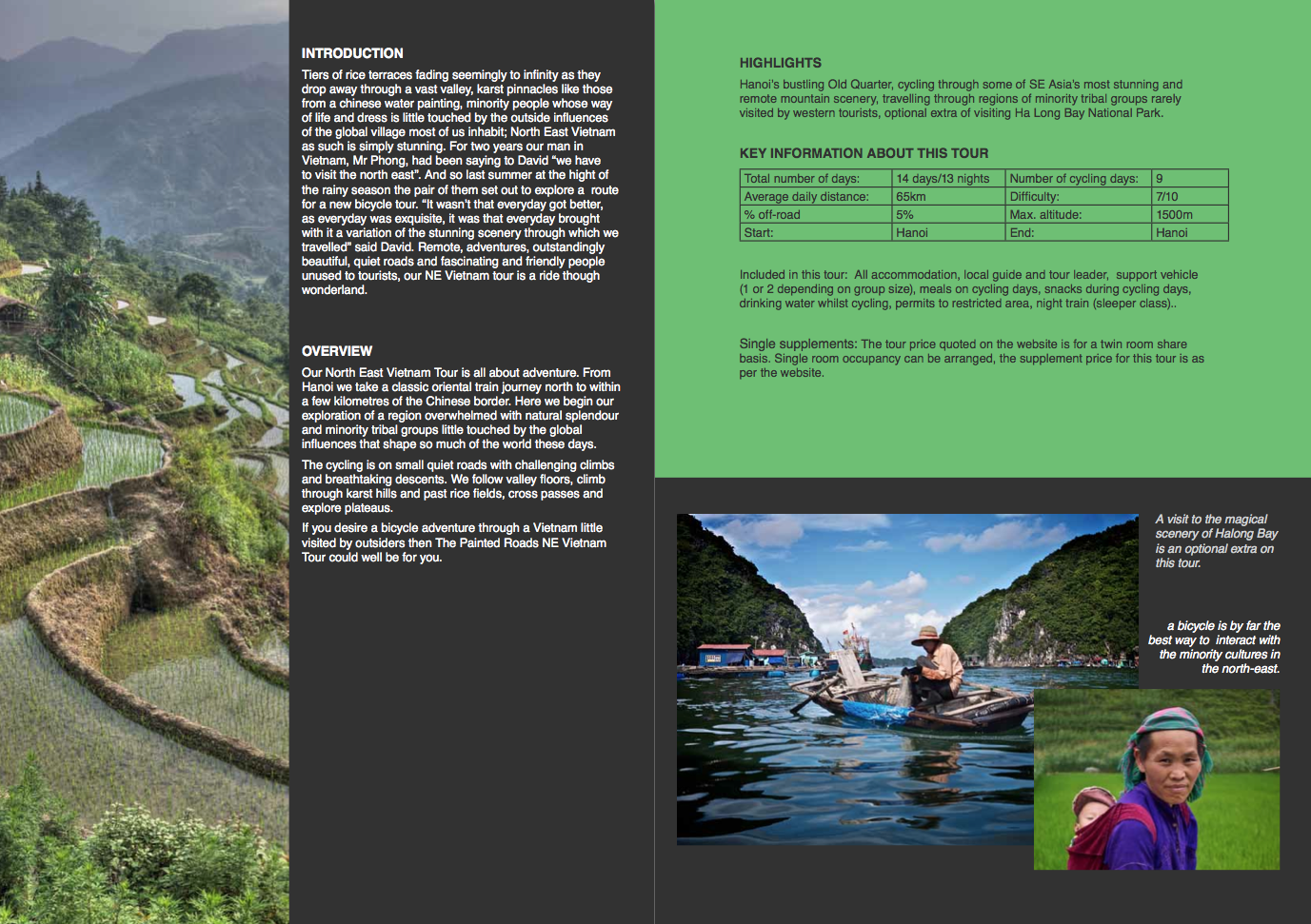 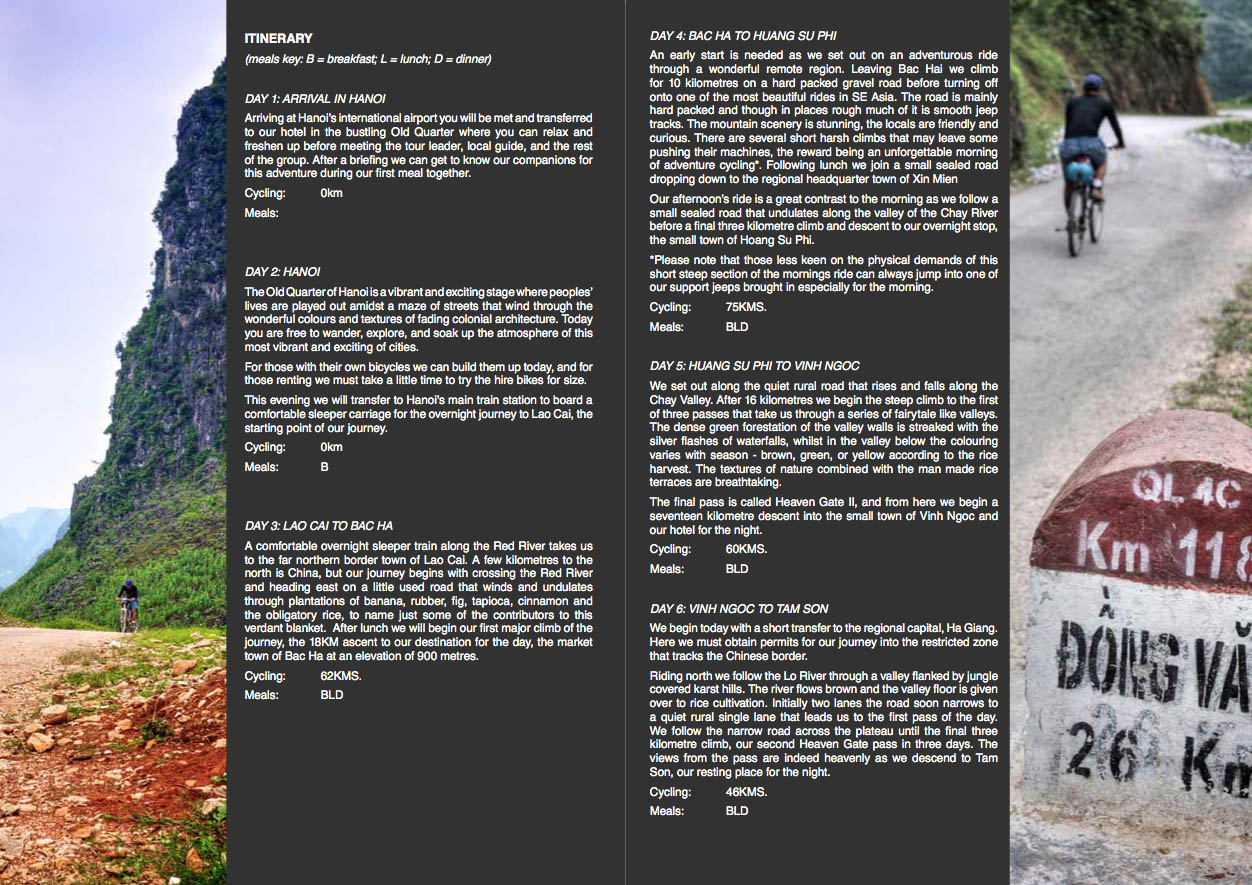 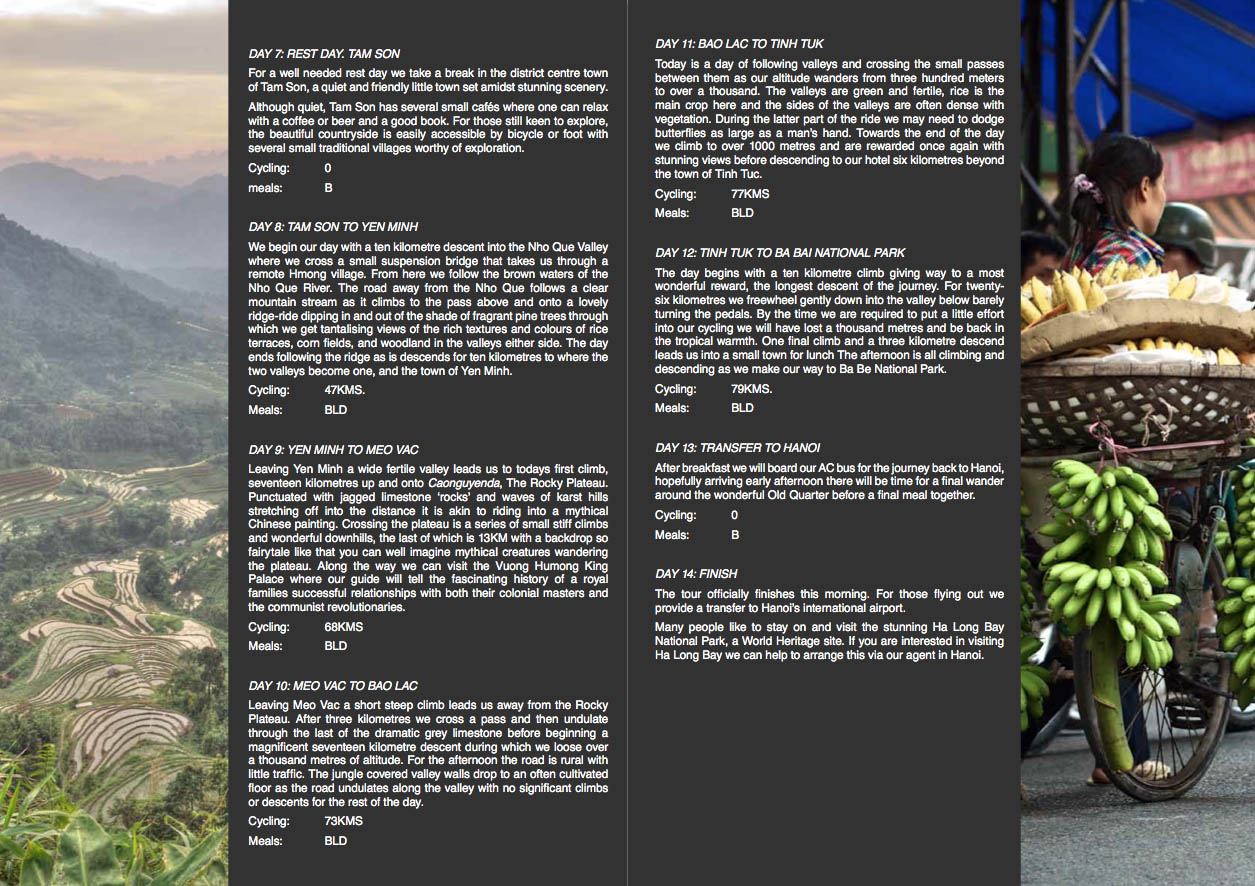 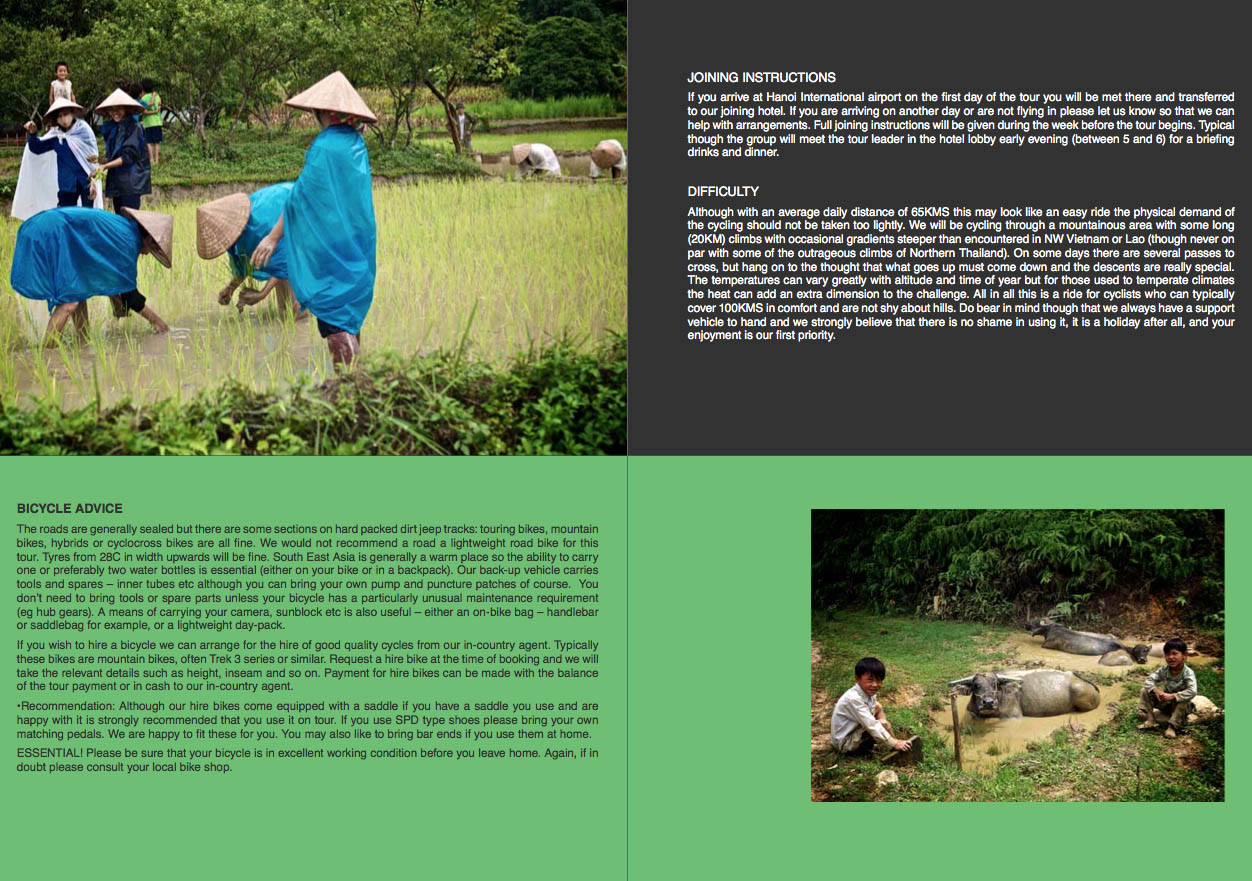 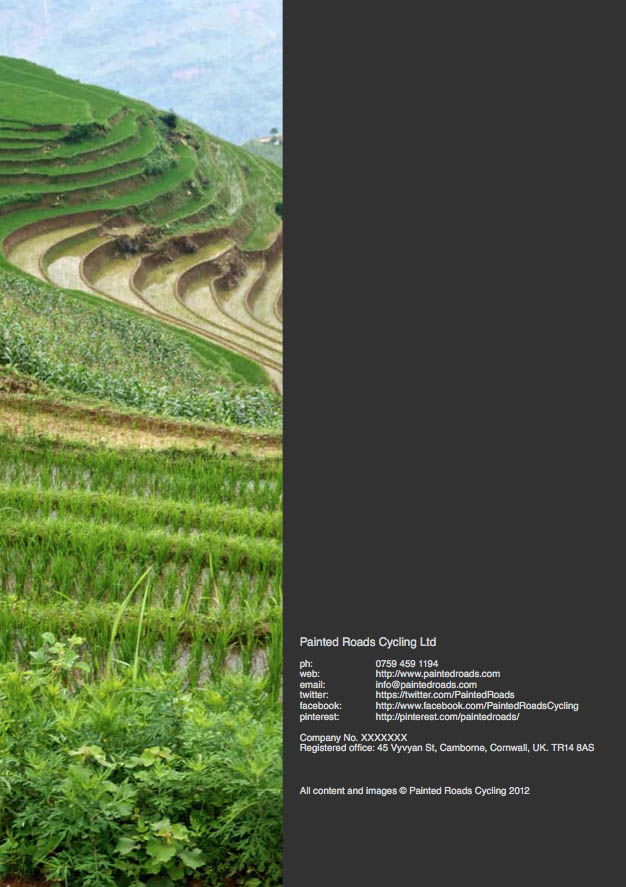 and just to finish off for this morning, a couple of screengrabs of coastal southern Thailand… Dave has instructions to get more pics of happy (not drunk) cyclists riding by the sea for the brochure and site when the preliminary edition of this tour runs in September… 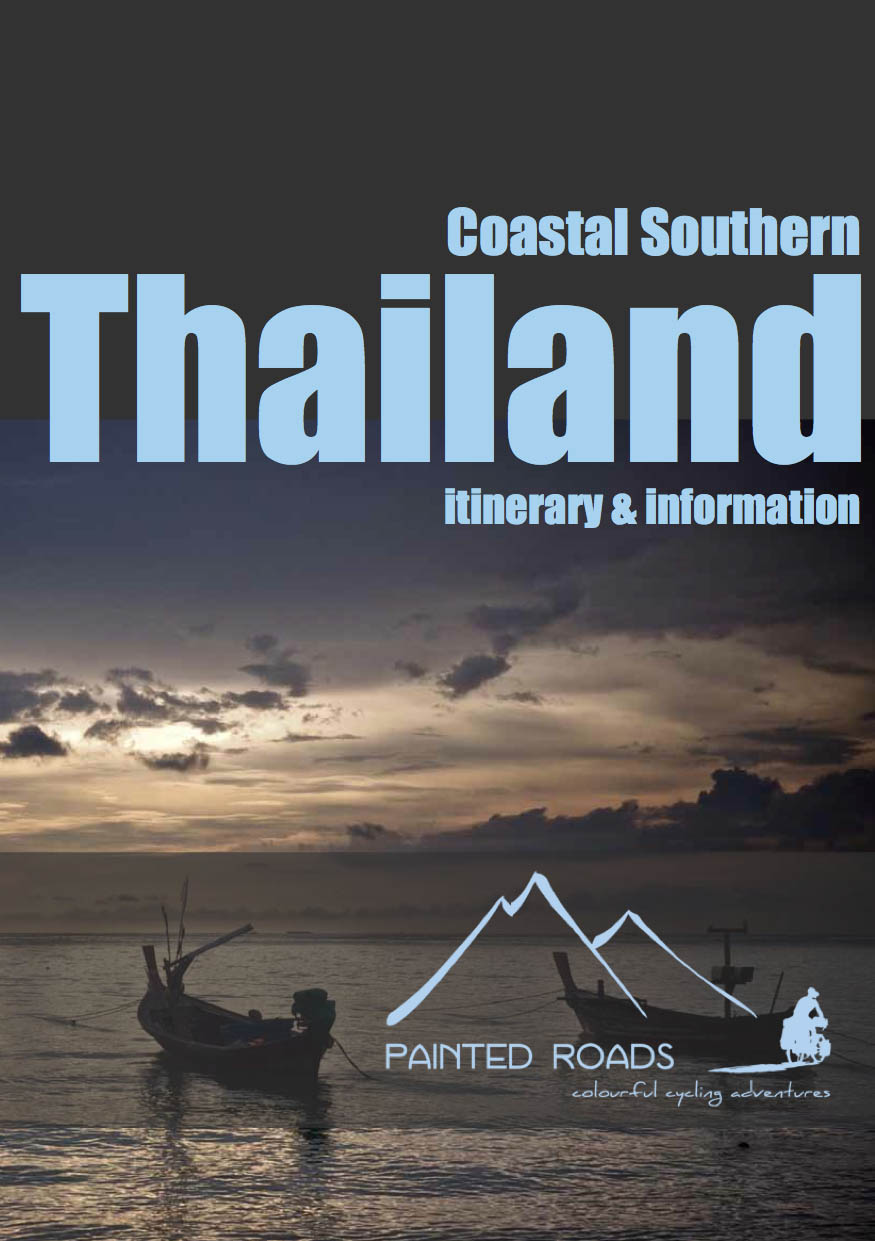 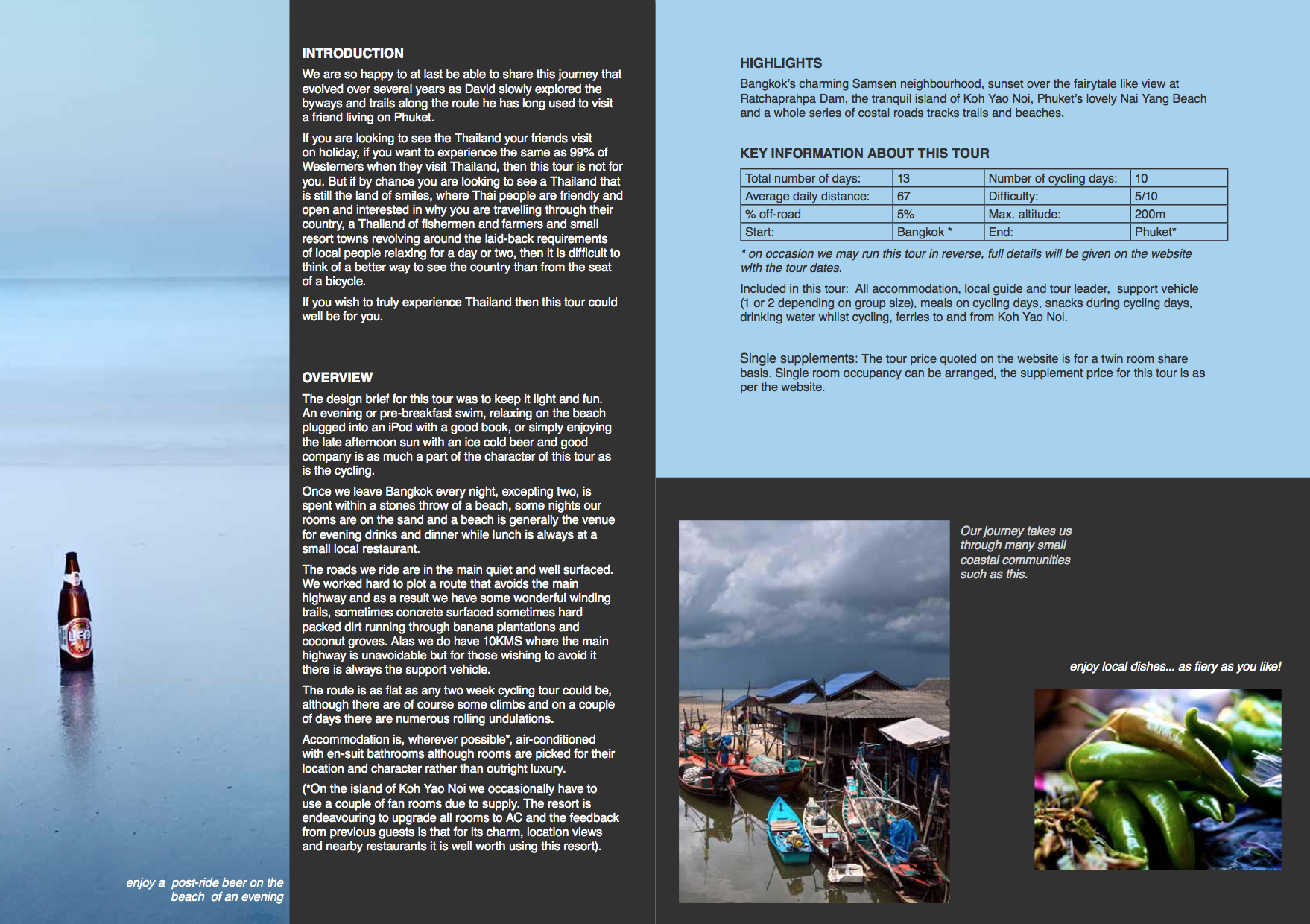