With a continuing spell of settled weather this weekend was a fabulous opportunity for a social get together with a whole bunch of friends from the Penzance club and paddle  west with camping gear wedged in kayaks, in the spaces between overnight necessities such as beer, crisps (or ‘chips’ if you’re from even further west) and chocolate. Not much to say except it was some very relaxed and sociable paddling, no Atlantic swell running so little in the way of challenge which gave the whole weekend a superbly mellow flavour. Muy tranquilo… :-) 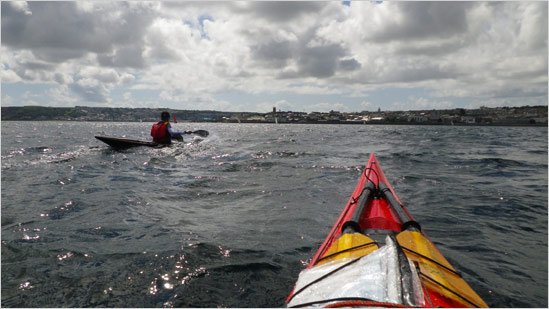 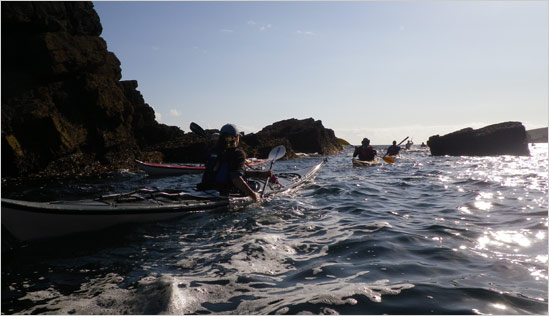 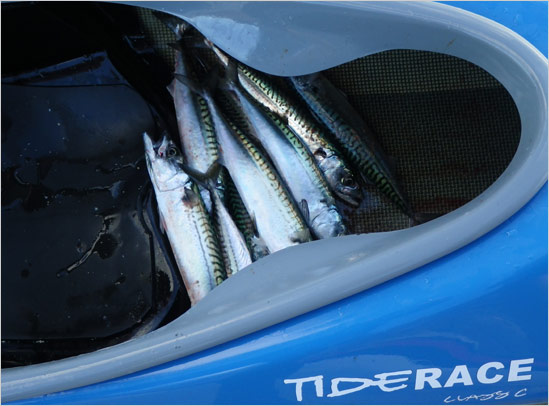 and for some a spot of fishing along the way, this boat belongs to a chap who clearly likes sitting with fish… he might even have a waterproof sofa at home for watching the Olympics with fish. I don’t know :-) 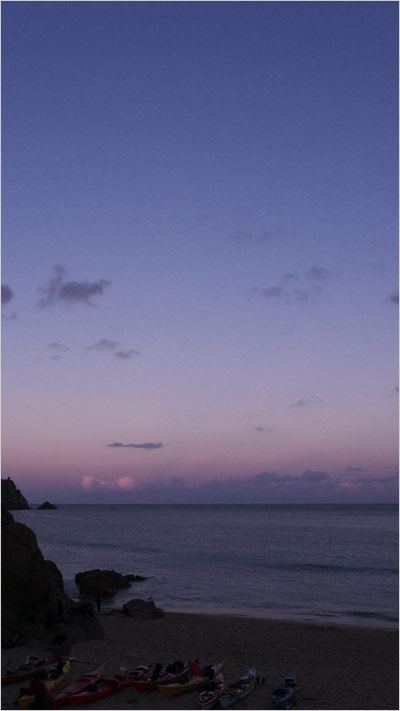 lovely evening on the beach at Porthcurno 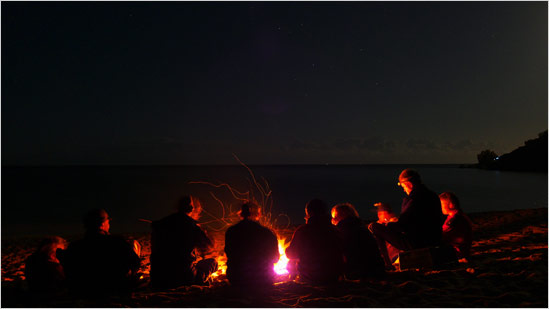 ..and a fine fire 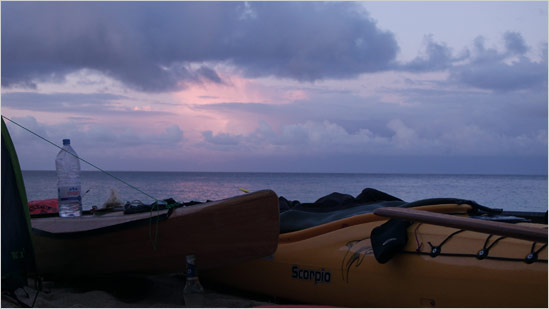 the dawn view from my bivy bag, tucked in amongst the boats 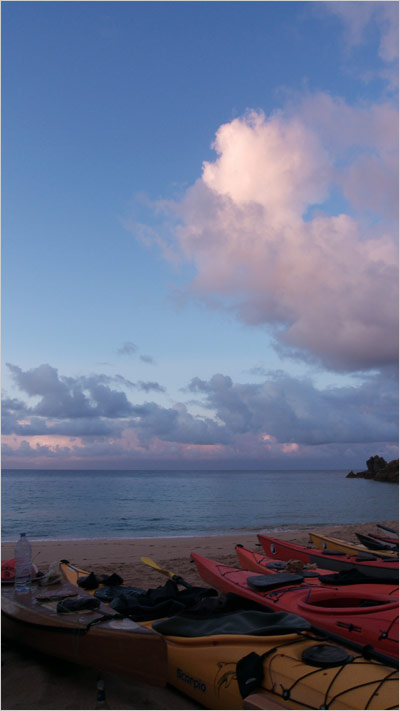 it started to turn into a beautiful day… 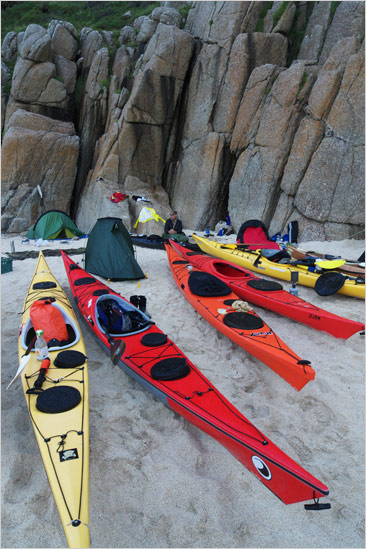 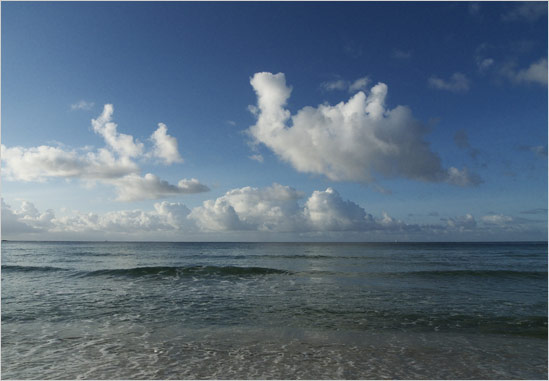 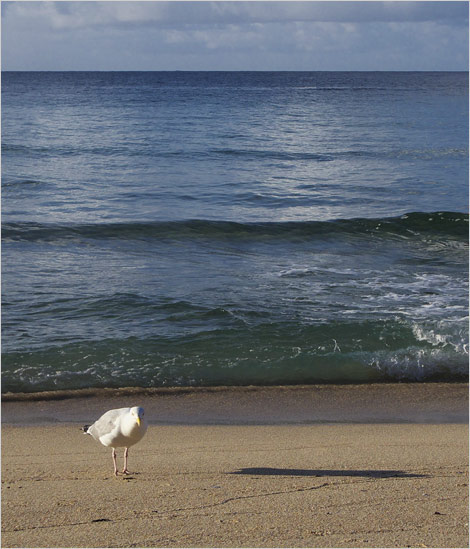 this chap had his eye on my breakfast… 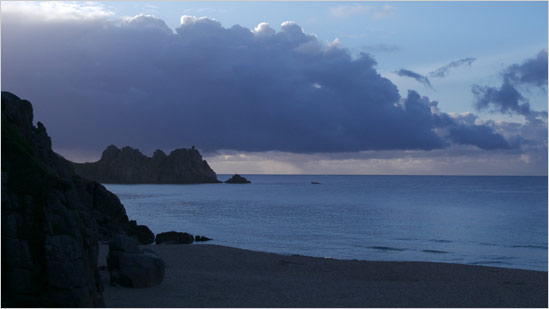 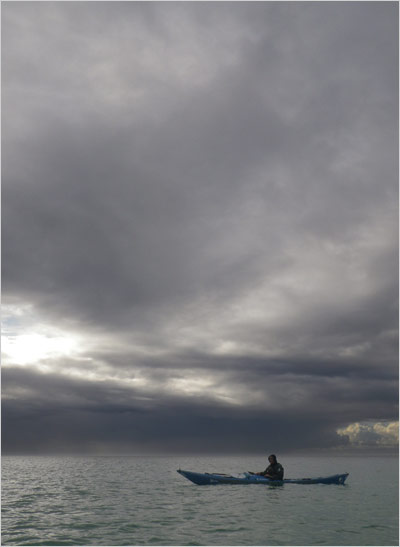 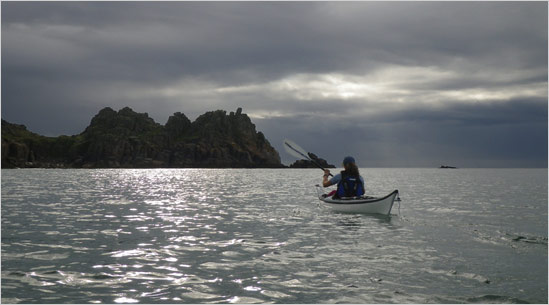 I love being afloat when the light is like this 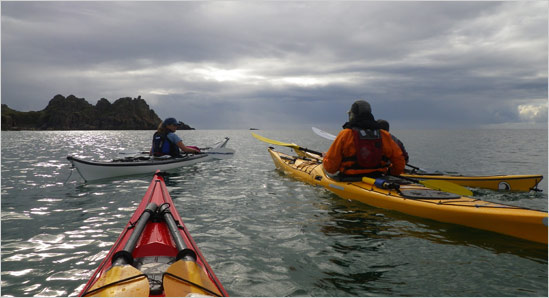 but that didn’t last long either, slowly brightening before the sun returned. We were also treated to pod of dolphins heading west at high speed, they were very much on a mission.. so much so I couldn’t get any photos worth showing. Nice to see them though :-) 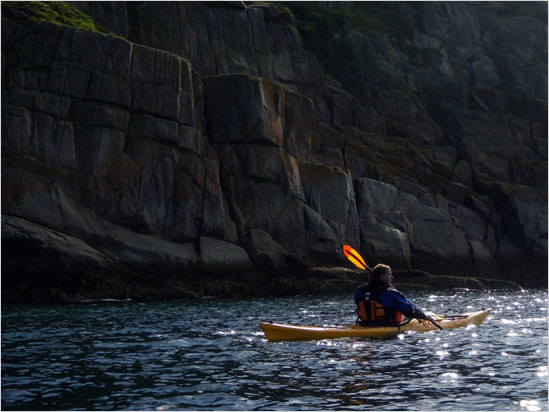 love the granite cliffs down here 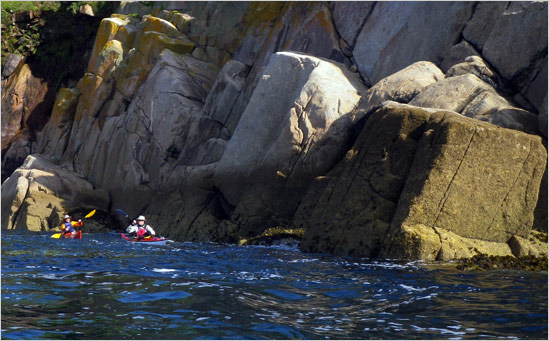 it really is a terrific stretch of coast to play with, we spent a lazy morning rock-hopping, weaving in and out of the multitude of nooks and crannies. 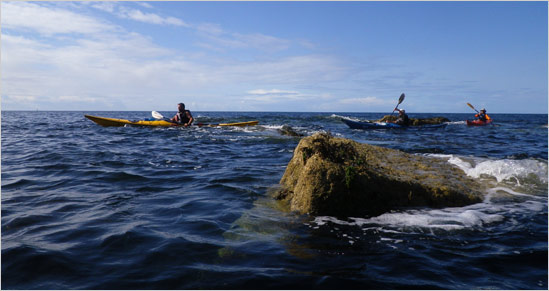 flat calm… no challenge but rather a mellow summer morning of cruising :-) 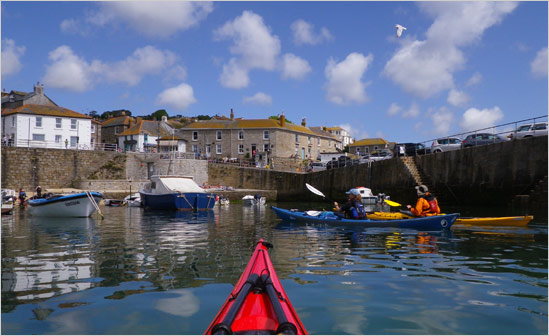 Cruising into a mirror-like harbour at Mousehole for a spot of lunch.. 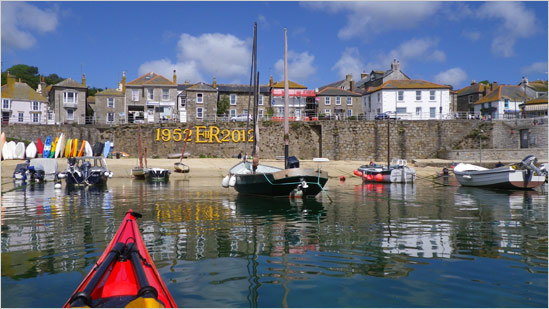 at this time of year, i.e peak holiday season with attendant scrums of tourists Mousehole is so much more pleasant from the water..

and that was pretty much it, just more paddling…