nope, not a weird reptile fetish although I did rather enjoy Warren Ellis’s “Crooked Little Vein” with it’s dodgy Godzilla references (a good read.. unless you’re easily offended.. in which case it’s not as it is quite rude).. rather the Lizard Peninsula here in Cornwall. Another favourite place with it’s beautiful beaches and stunning cliffs. As for the 24hrs in question…. 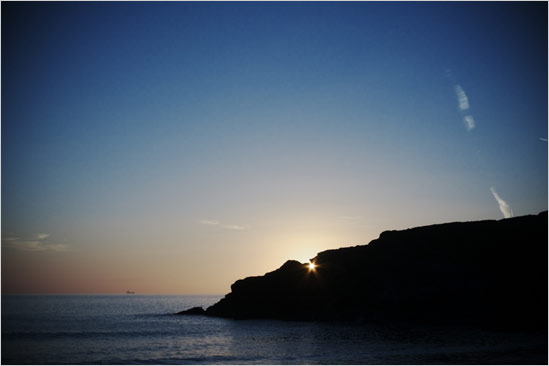 it all began with an evening on the beach at Polurrian cove with most excellent friends and a BBQ.. and the one evening of the year where one could sit on one’s favourite rock and be perfectly aligned to watch the sun set through a crack in the headland. 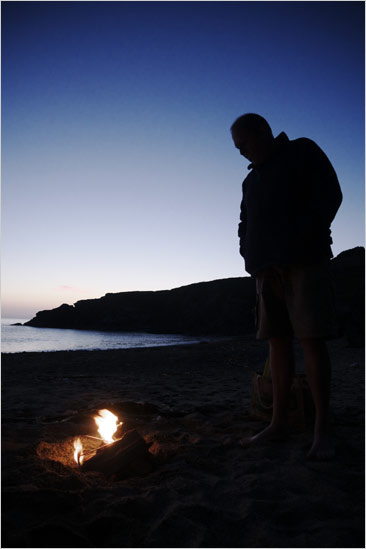 the fire was feeble at first… 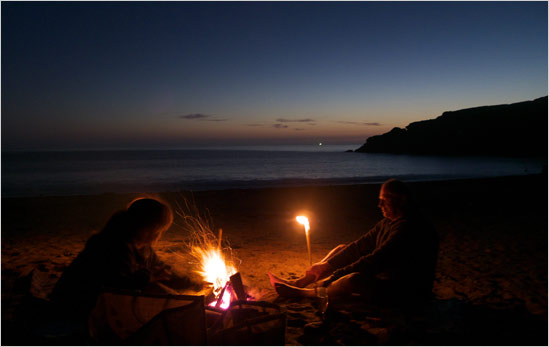 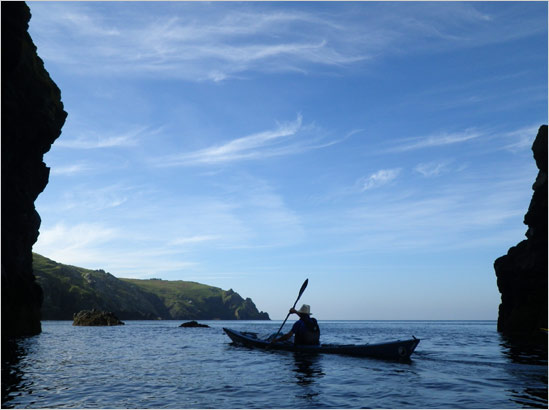 followed by a day on the water, for a change…(!), out along the exposed west coast of the Lizard, launching from Poldhu which is just around the corner from Polurrian. The weather was perfect for some up close and personal rock-hopping and caving.. 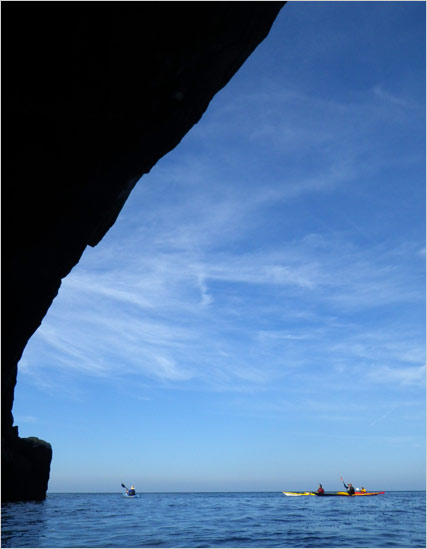 terrific overhangs. This coast is very different in character to Lands End, despite being geographically close.. serpentine rock rather than granite. It faces west however so is equally exposed to the violence of the Atlantic 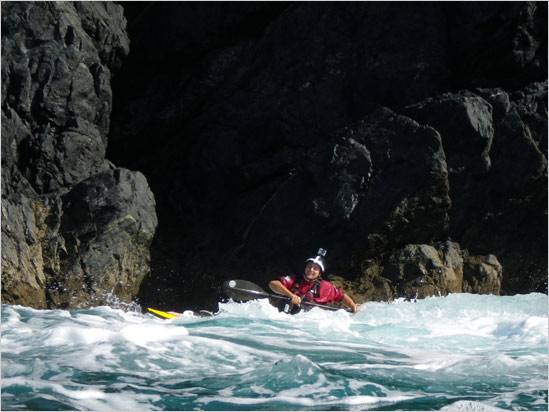 in the thick of it, even on flat days there is always some ground swell surging around the rocks. By the way, that’s not a very small bird nesting box on Christian’s head, it’s his GoPro camera… just as well, one suspects a family of Bluetits might not be too happy to wake up to this.. 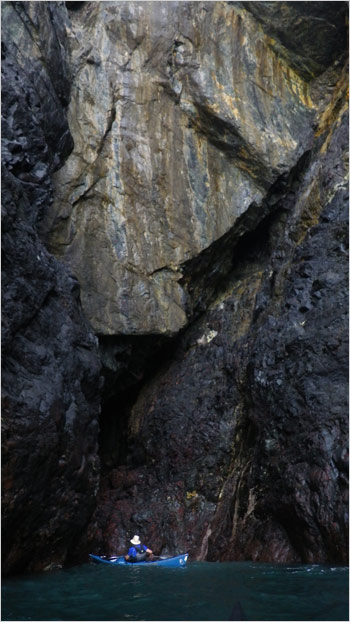 I wonder what’s in here…. given the hat he was wearing I think John was just hoping to find his ukulele. By the way, you can see the red and green tints of the serpentine rock here 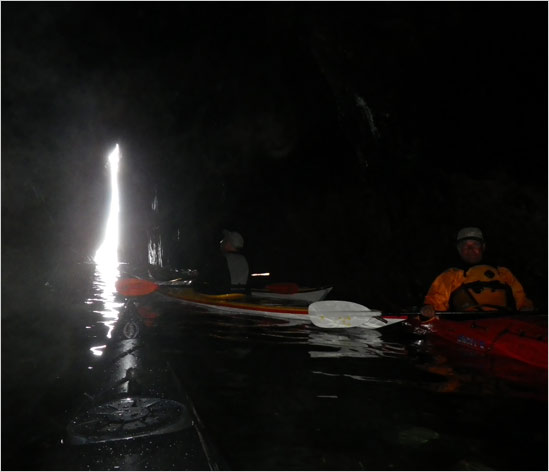 swipe me… a TARDIS cave, very big inside once through the tiny entrance crack.. apols for blurry pic, had some condensation on my lens and nothing to wipe it with that wasn’t wet with salt water… I was shooting blind too hence the crappy compo.. but it serves to illustrate the point :-) 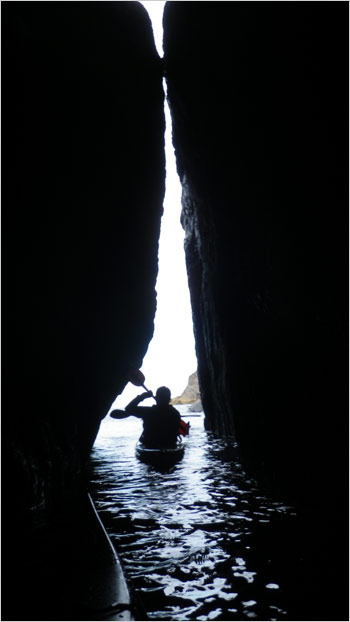 probably would not want to try this with much swell running… 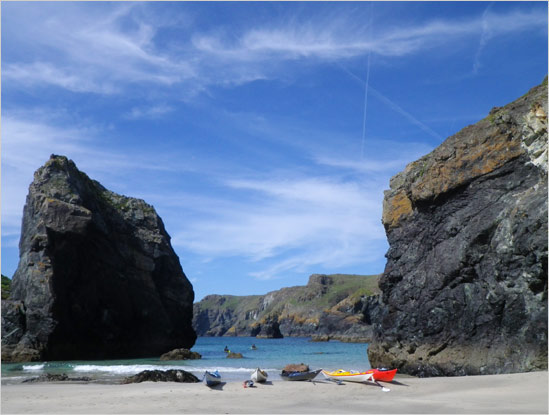 Lunch on the sand bar at Kynance, a perfect lunch stop.. inaccessible from the landward side except at low water it means a kayaker can have the strip of sand all to himself while all the regular folk on the crowded cliffs by the main beach look down and think “darn’ I wonder how I can get to that pristine strip of sand over there”.. Probably…

Right, off out riding now. Cheero!