Last night paddling out of Penzance with friends from the PZCC there were a couple of near identical tugs anchored a few km out to sea. The sun was rapidly sinking but they looked interesting enough to go and have a look.. so we did. I like tugs so it was definitely worth the effort, especially as once close enough to see what was going it became apparent that one, the Agility, was towing the other.. named Nimble but clearly not living up to her name on this occasion. It was interesting enough to see if I could find out anything about them, after all one can pretty much find anything on the internet these days if you know where to look.. It turned out that the story was a little more interesting than just a couple of tugs.. they were stopping over with a long journey ahead of them, they’re on their way to Lomé,  Togo down on the Gulf of Guinea of all places having been sold to new owners. Apparently Agility is towing her sister ship all the way. Cheaper on fuel and crew I guess… ETA is somewhere around 5th October. 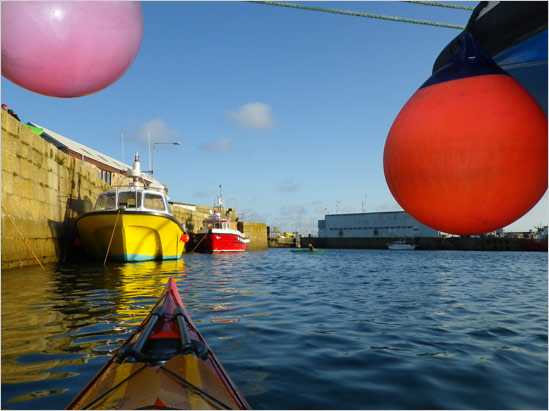 just a bit of messing paddling between moored boats.. 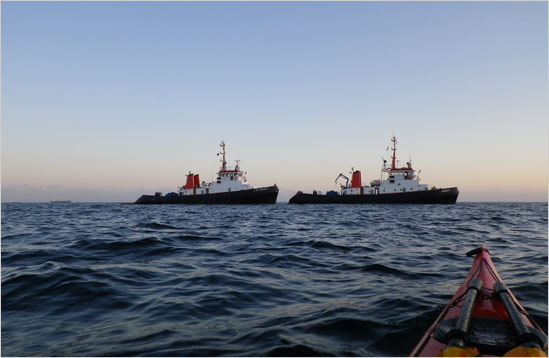 a few km out to sea on a fine evening 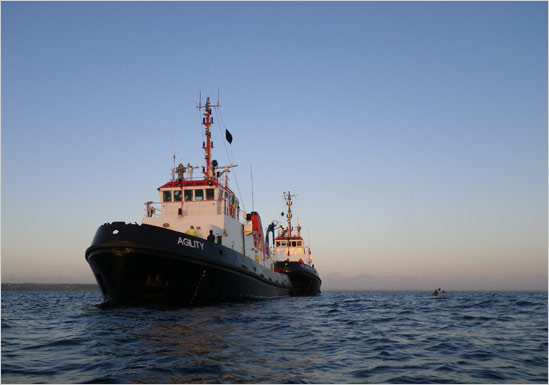 can’t explain why but I do like tugs.. this kind as opposed to the kind you might find in Asda Walmart café for a fry-up on a Saturday morning 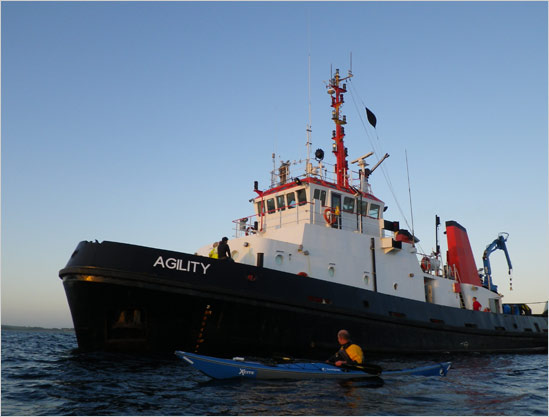 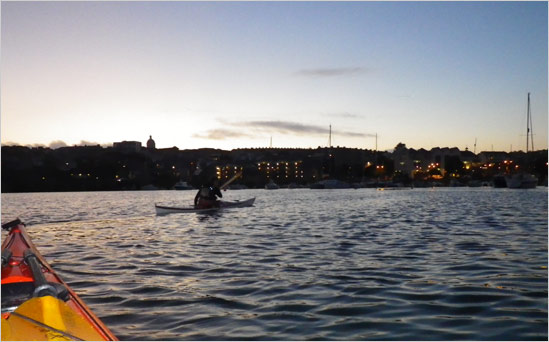 arriving back into Penzance at dusk.. it’s depressing how early it’s getting dark now :-(

There. Well.. it was something to write about. Surf was fantastic today by the way, properly pumping.. well overhead and clean.. but I don’t have any pics of that so tugboats it is :-)