Last night was the annual end of summer race down at the Penzance Canoe Club.. it’s really just a sprint from the harbour wall out around the Gear Pole (the Gear Pole is an isolated danger mark on ‘gear rock’ south of Penzance harbour) with this years winning time just 11.5 minutes. It’s all good fun but there are rules.. well.. a rule.. just one…  no sea kayaks or any other form of boat with a waterline length greater than “not very long”.. the idea being to keep it fair in the speed stakes, so everyone has to grab a play boat or similar from the club fleet. I didn’t paddle last night, technically it was because I was suffering with a drippy cold and not feeling very well (true) but  really of course it was to give everyone else a chance….. So instead I just hung out on top of the harbour wall with a 40mm lens in one hand and a box of tissues in the other, shortly thereafter swapped for a bottle of brandy.. medicinal of course. 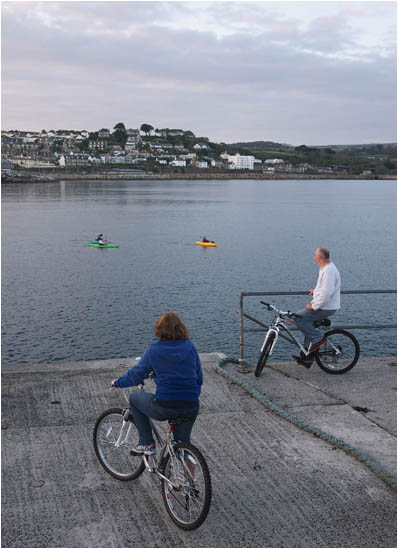 a pair.. no, wait.. a trio of stragglers on their way out of the harbour.. 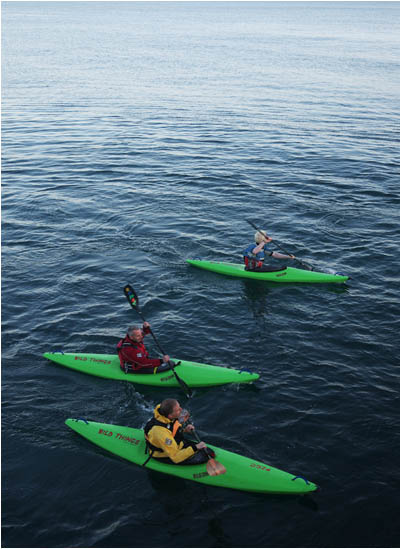 a large proportion of the club fleet is green… 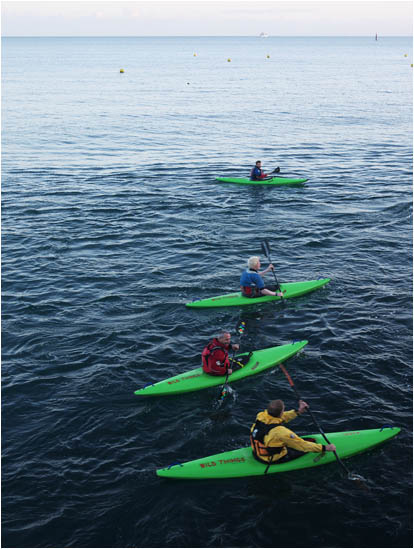 more green.. Lord Percy would be very happy.. “Oh, Edmund… can it be true? That I hold here, in my mortal hand, a nugget of purest Green? “ 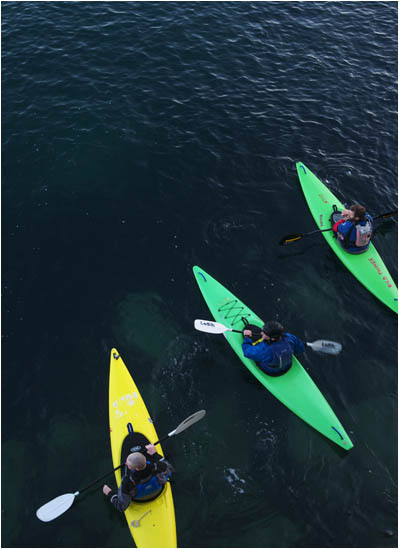 oh, wait.. there’s a yellow one 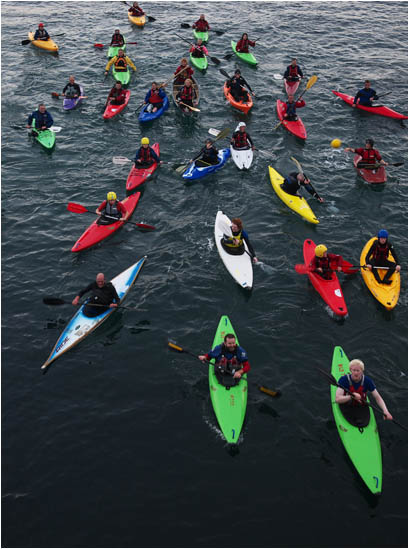 a lot of colourful kayaks.. 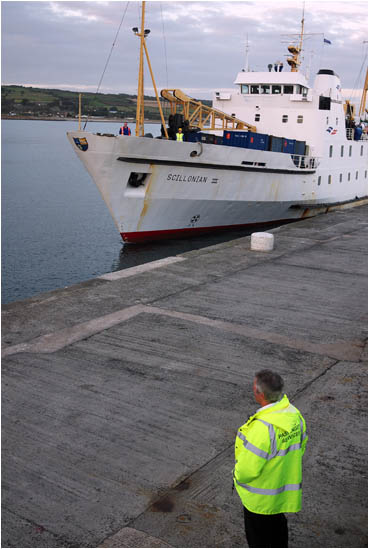 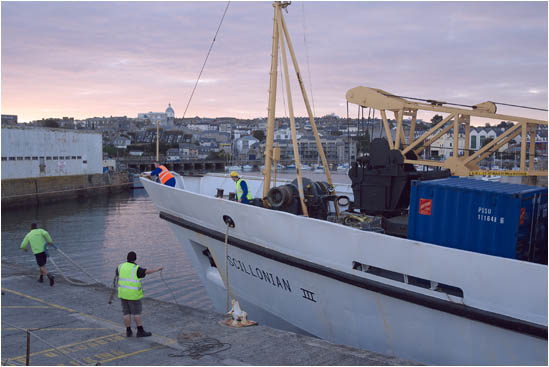 it had clearly been a calm crossing judging by the absence of vomit streaks along her flanks.. she’s a notoriously rolly ship known to turn even the hardiest seafarers inside out..

As a footnote.. if you’re in the west of Cornwall and looking for a club to paddle with definitely check out the PZCC (http://www.pzcc.org).. you won’t find a more welcoming bunch :-)