I haven’t been in my sea boat much of late.. reasons.. the surf has been good, I’ve been on my bike a lot.. been busy and just not inspired  but today went some way to putting that to rights.. a day with good paddling friends that turned out to be far more fun than the icy cold, grey dawn promised. A paddle out of Carbis Bay, northeast along the wild, empty dunes of winter Gwithian, a play around the rocks and tideraces of Godrevy Island and then on further northeast for a lunch stop at the very isolated little beach of Fishing Cove before a fantastic 7 miles or so surfing downwind and down-swell with the increasingly strong wind straight back across the bay to home. 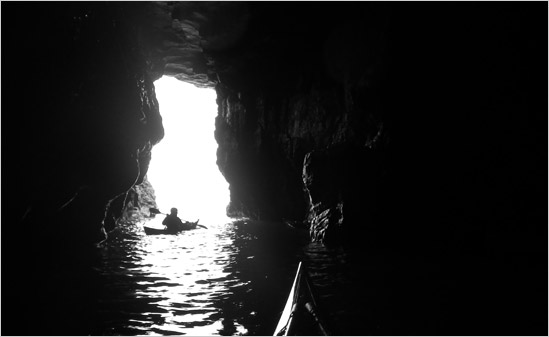 a great cave, little in the way of ground swell made it possible to get right in, properly deep 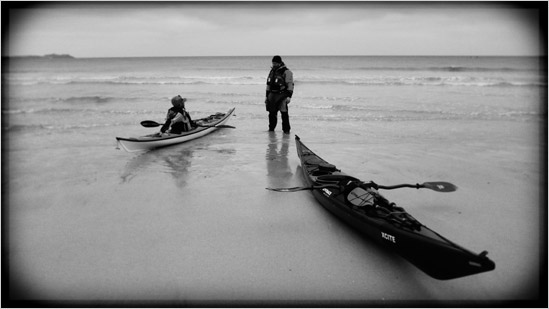 on the beach…I’d stopped for .. well, I needed to stop for 2 mins… Rick is missing a leg so tends to sit tight on a short stop unless he has to get out :-) 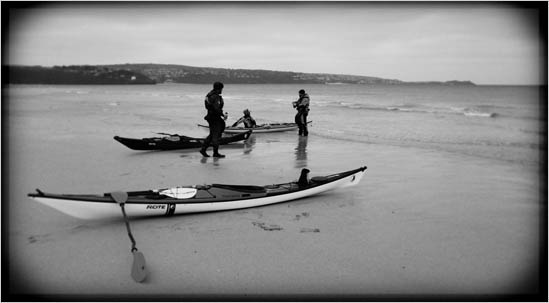 3 Tiderace Xcites on the water today… this one is a new model demo and felt completely different in the water to my early example.. and somewhat disappointingly not nearly as nice although some of that may have been due to loading distribution. It also had some disturbing quality issues such as the seat not being fitted straight…  I’m hanging on to mine… ;-) 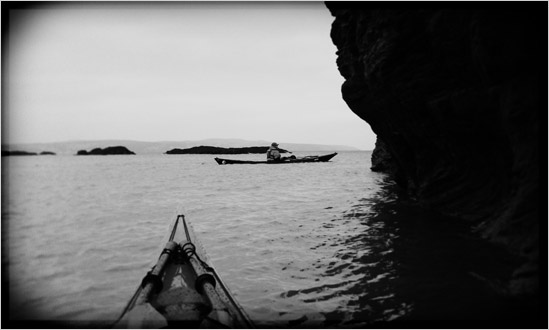 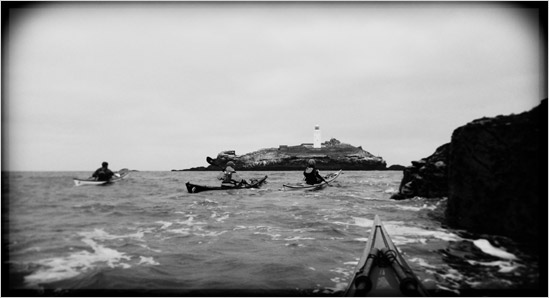 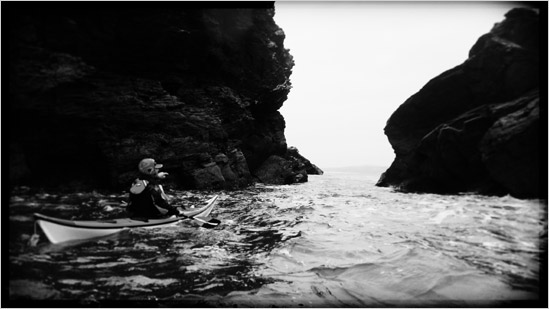 the channel that divides the two halves of Godrevy Island. Invisible from the shore it’s great fun with a solid swell and strong tide surging through.. in contrast things were pretty quiet today, just a couple of knots of tide. 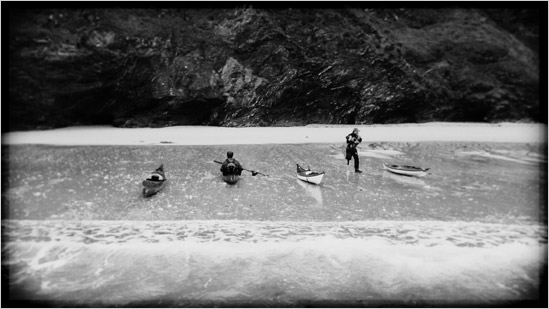 Fishing Cove, it’s pretty inaccessible unless one approaches from the sea.. there is a very crumbly path down the cliff but it’s not exactly a family spot.. so that has turned it into something of an unofficial nudey beach in the summer, not the best place to pull in for lunch, as I & some paddling friends once found out to our cost, but on a freezing cold winters day no problems with old willies and sagging tits to put one off one’s lunch.. not even a footprint on the sand :-) Yes yes I know I’ll be old and saggy one day too but it’s unlikely I’ll go and wave it around in front of someone’s sandwiches ;-)

2 thoughts on “cold, grey and a great day afloat”