Paddled out of Penzance this morning in a thick overcast and cold drizzle.. and now I’m home and tired and can’t be bothered to do much other than have a beer and share some pictures… so here we are. It was one of those days that puts a great big grin on your face. I think because the weather was not very nice to begin with the arrival of crystal clear skies and sunshine from the west while on the water felt so much more special than if it had been sunny to begin with. So.. a solid day of paddling from Penzance to  the beach Porthcurno at for lunch before turning round and running the 12 miles or so back with wind and tide in our favour. The fresh westerly breeze was pleasantly bracing and the Atlantic felt nice and lively with 6 feet of swell rolling in to make for some nice play conditions around the rocks.. and a timing-critical landing in dumpy surf at Porthcurno.. happily all executed it perfectly in front of the interested onlookers standing on the beach, arms folded, just waiting for things to go wrong :-)

On the bike tomorrow I think.. there’s a bike travel flavoured post with some Latin American seasoning and a sprinkle of shiny things waiting in the wings so stay tuned for that. But in the meantime.. pictures! 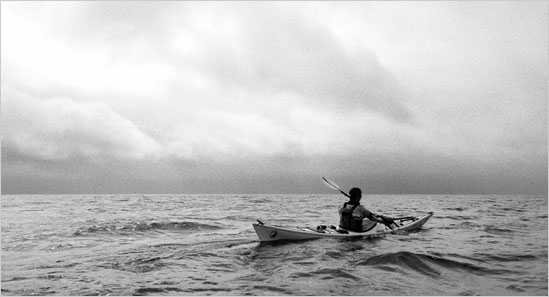 the drizzle began to lift after an hour or so.. 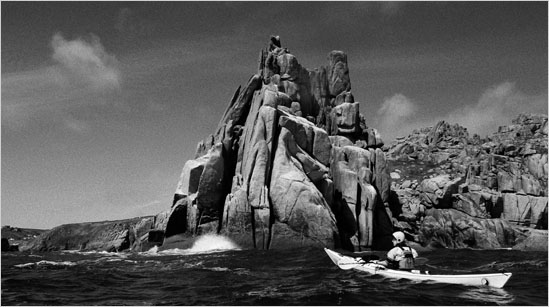 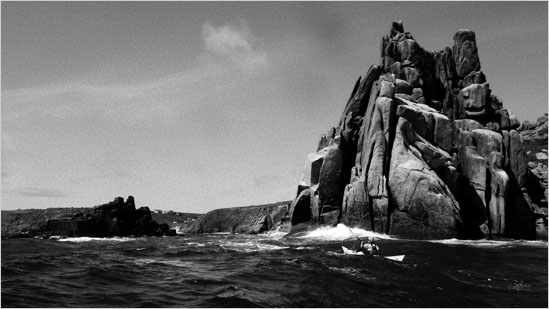 it really is a terrific place to paddle.. 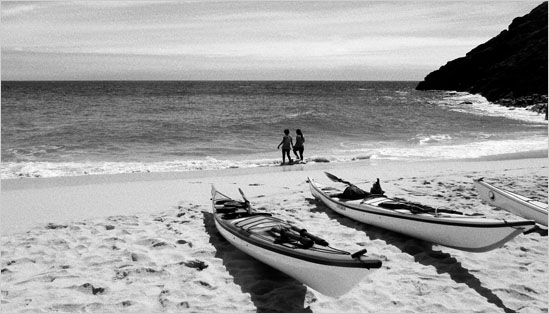 on the beach.. there were a few silly people on the beach. I say ‘silly’ in a nice way because it was very amusing watching them paddling on the steeply shelving beach with no clue about the timing of the wave sets.. only to be swept off their feet by the arrival of a big one… I probably shouldn’t say such things.. oh heck, I’m sure they would have laughed at me had I timed my landing badly :-) 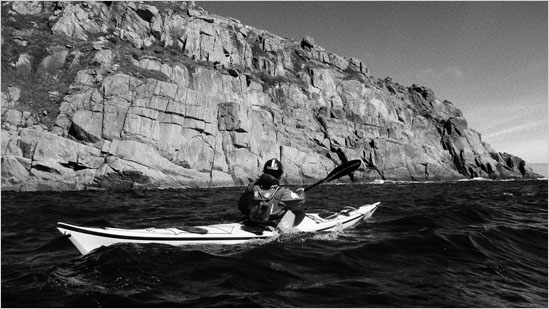 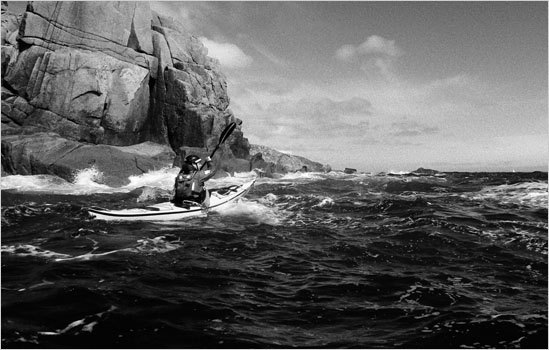 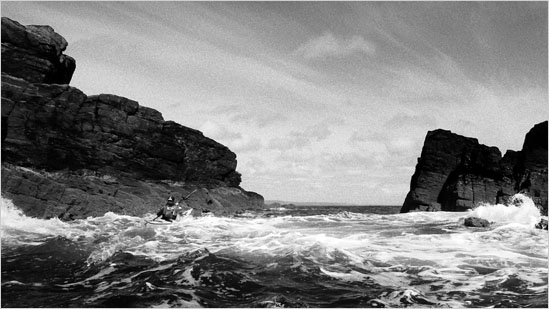 the channel just below the Tater Du lighthouse