I don’t generally write about my work related stuff on this blog, that’s what I have my other blog for, this is really just for posts about riding, paddling and pictures (and the occasional rant about something..). Today is something of an exception however as it’s photography related.. pretty pictures to look at.. so here’s an abridged version of the full post on my development blog .. or you could just go straight to Alex’s site if you’re in a  hurry.. http://www.alexcallister.com. 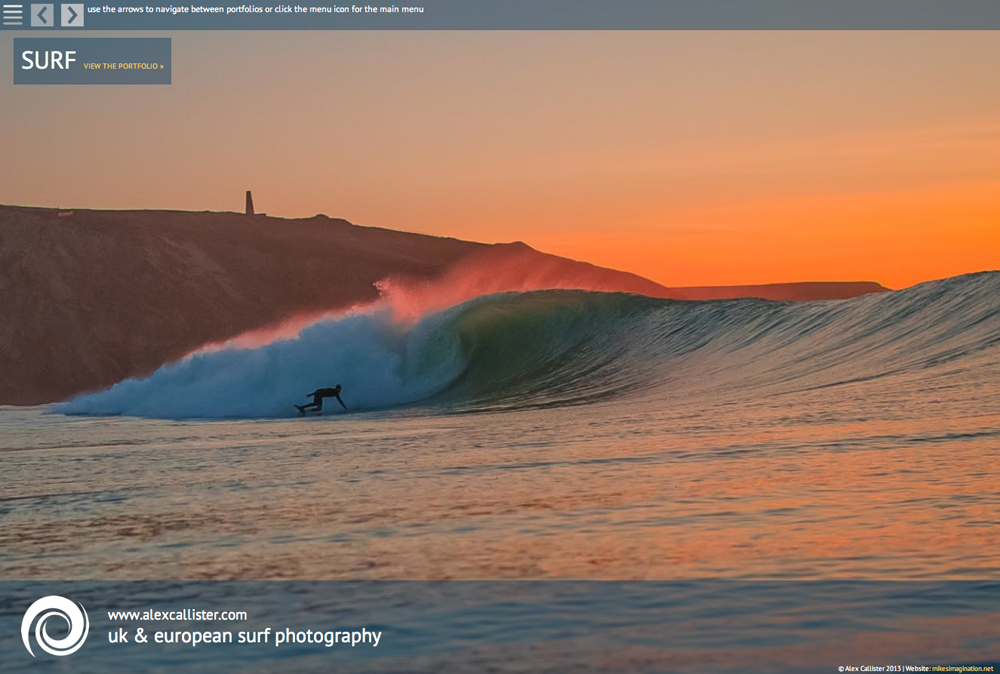 …  a nice bit of surf photography eye-candy. Most of my time at the moment is taken up with rather more intensive applications – technically interesting for me but probably not that exciting to read about… a couple of months ago I was approached by an increasingly well-known surf photographer for a new portfolio site incorporating his portfolios, session shoots, and a shopping cart for his print and other merchandise sales. His previous portfolio was a standard template-based site that looked an awful lot like a very many other photographers sites and he was keen to get away from that and have something unique. That was great for me, I love these kind of jobs.. an opportunity to be “let off the leash” and play with my own ideas, develop some concepts and, in this case, take a few risks.. while bearing in mind that is still needed to fit within certain norms of expectation.. I went with a full screen look for the ‘cover photos’ as many of his photos work equally well with a crop so the inevitable crop as a result of differing screen/image aspect ratios when fitting images full screen was acceptable. Images within the portfolios and session galleries are full frame rather than full screen as it’s important for people to see the entire image when buying a print or digital file. When it comes to showcasing photography I like to put the image ‘front and center’ so to speak, in your face and memorable rather than little thumbnails buried amongst pages of text or empty space. 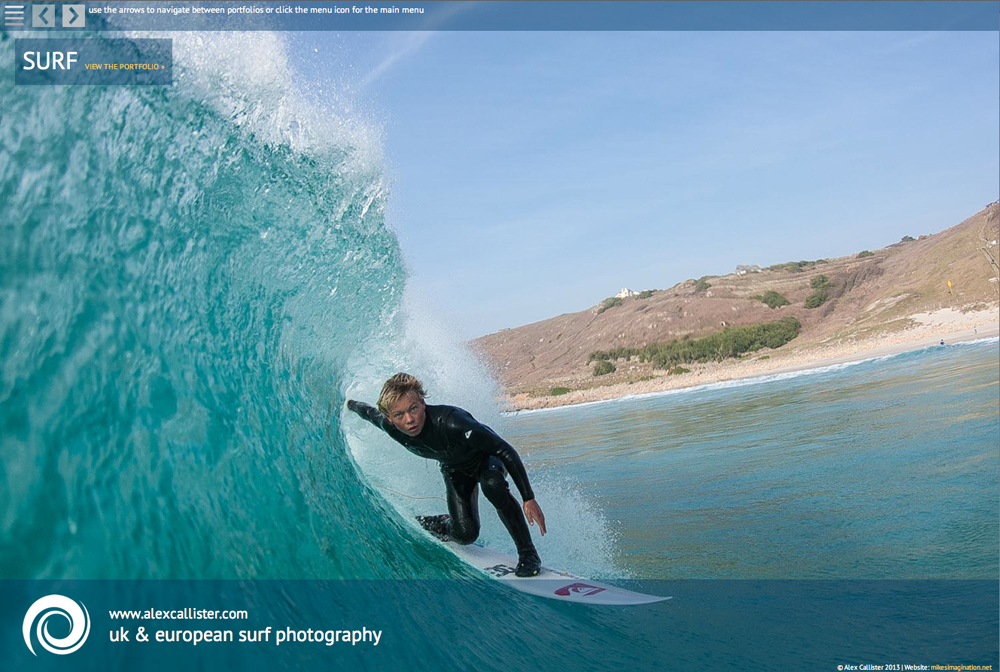 I took a chance with the somewhat unconventional navigation in the expectation that the vast majority of his audience are savvy folk used to using mobiles and tablets  – devices on which a hidden navigation menu is more common than on the desktop.. It would have been easy to integrate a more conventional menu, at least for the desktop-version, had the reception been pooor.. but it wasn’t. It went public last week to an overwhelmingly positive reception.. lots of surf-flavoured words like “stoked” and “looks sick”.. I still find that an unusual term of phrase, I’m probably not cool enough or something..  anyway, in short he’s very happy and so am I :-) It is quite heavy duty on the javascript side so may not animate so smoothly on older or low-powerd devices but same logic applied as with the menu.. 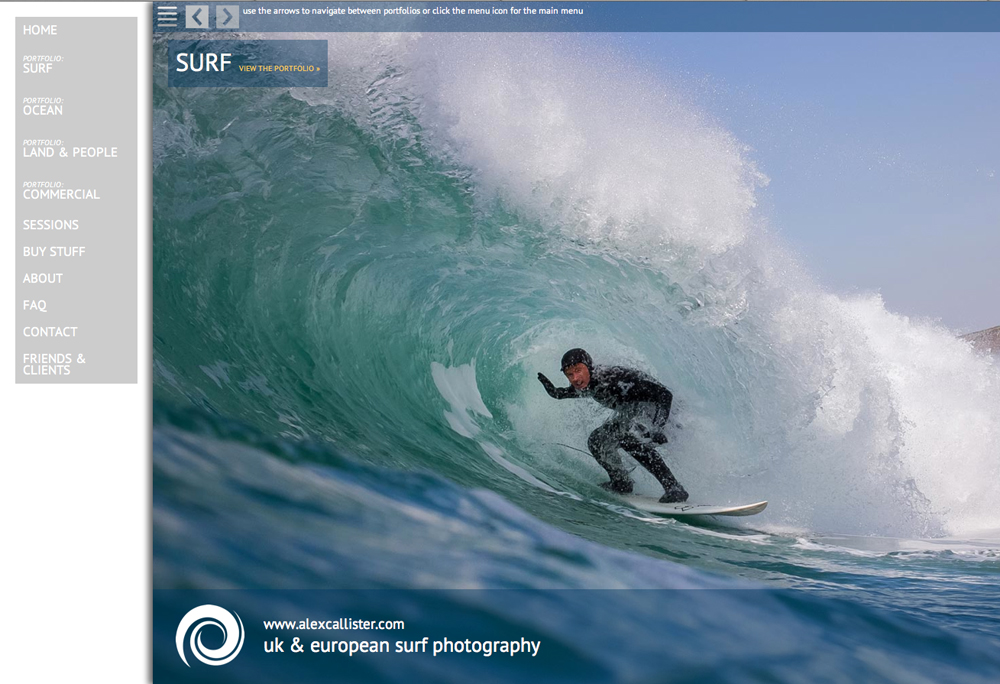 page content slides to the right to reveal the menu

The site is built around the latest iteration of my own CMS with the emphasis as always on user-friendliness and making operations as intuitive as possible, with the code optimised for speed of response given the large amounts of image data being served.. it annoys me when I go to a site that’s so slow to load I could go away and make myself a brew while waiting… given the size and number of the images I’m pleased, it runs speedily most of the time – it is on a shared server here in the UK so if you’re viewing from the US in the middle of the business day it will slow a little as you’d expect. To clarify my CMS is not an ‘out of the box’ user-configurable product that tries to be everything to every man, rather it’s a ‘modular framework’ I’ve developed that I tailor to the precise needs of the project in question – it results in a much cleaner, easier to use and more efficient site (than certain well-known content management systems..) 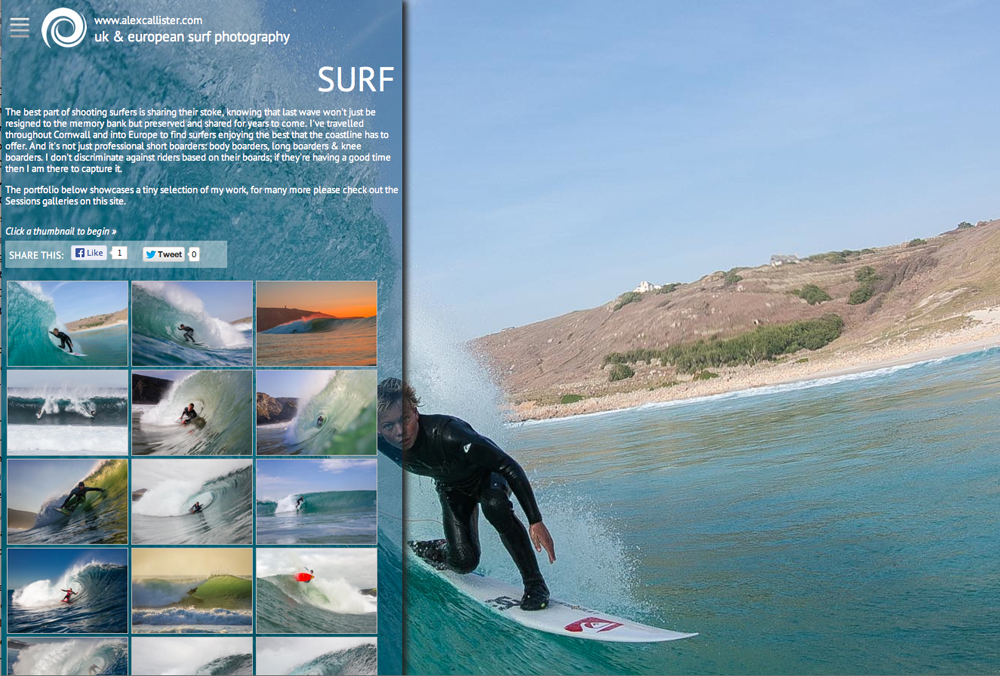 a portfolio homepage, the sidebar is animated 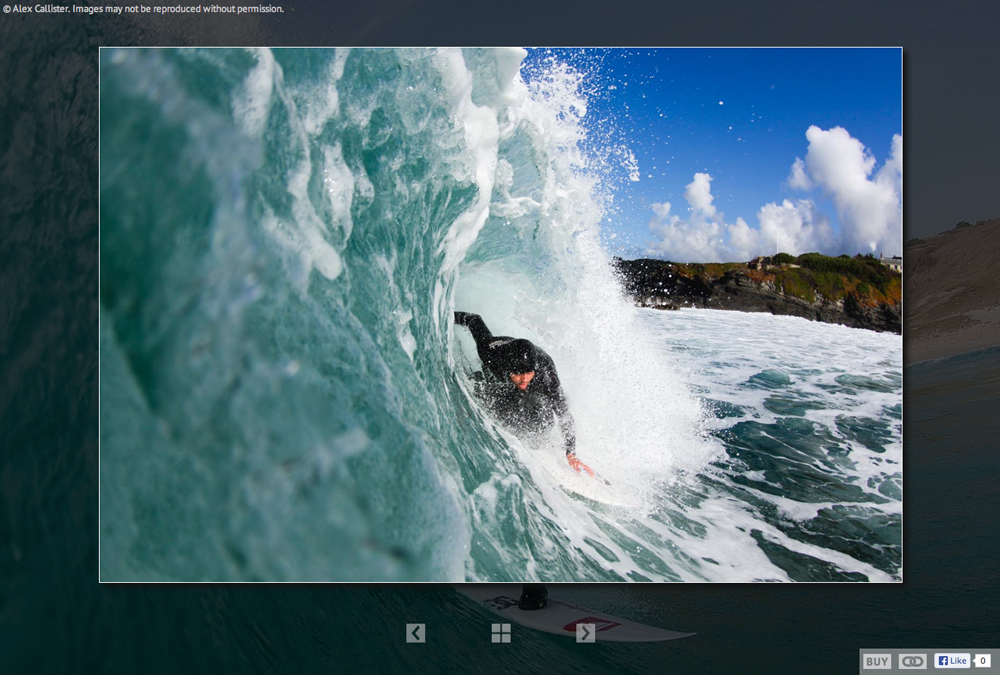 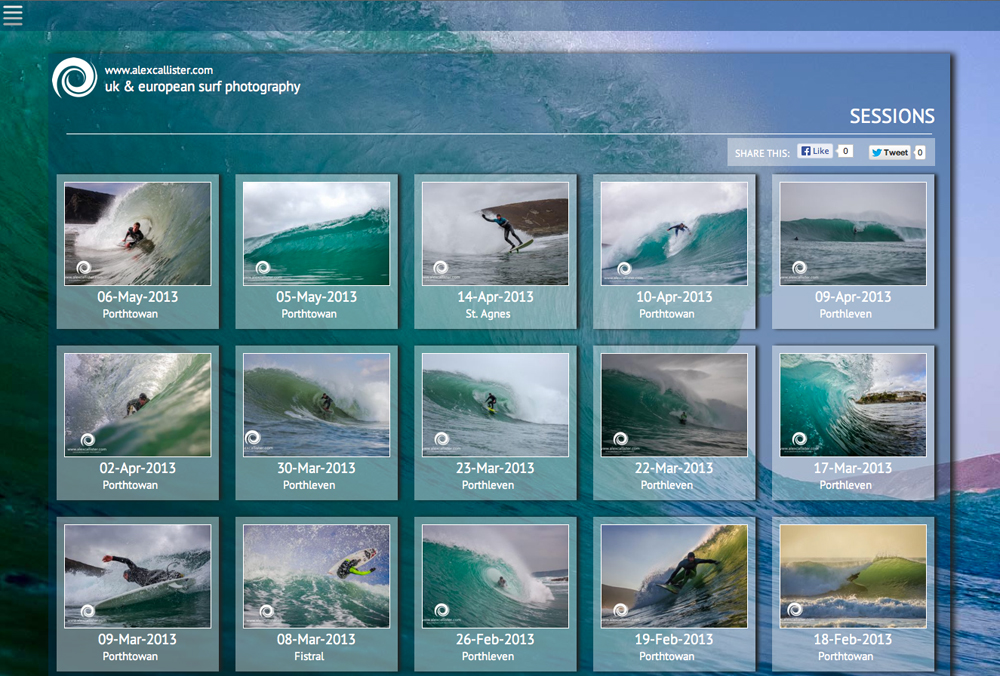 The session gallery – sessions are the daily in-water session shoots that people can go to and buy images of themselves being awesome. It’s very popular. 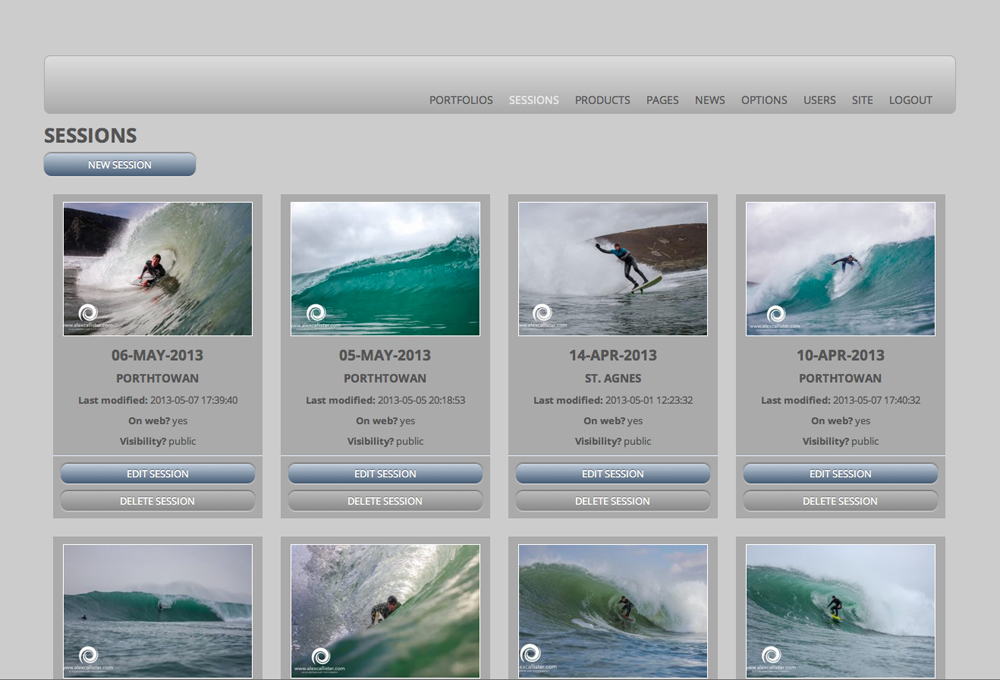 A quick look at part of the admin-suite.. everything you need, nothing you don’t.

2 thoughts on “A surf photography portfolio..”