this is something of a test post really, just picked up a Nexus 7 and mini bluetooth keyboard to carry on my bike on future journeys rather than my old netbook (which to be honest is so knackered now it’s barely usable)… so just wanted to see how viable it is for editing pics and writing a post… so far so good. I’ll get used to the keyboard I think and for the photos.. well I rarely ‘edit’ beyond the occasional crop anyway and perhaps, a faint vignette but I certainly don’t need anything more than that so a simple free app wil do… here’s a test picture sucked off an SD card.. 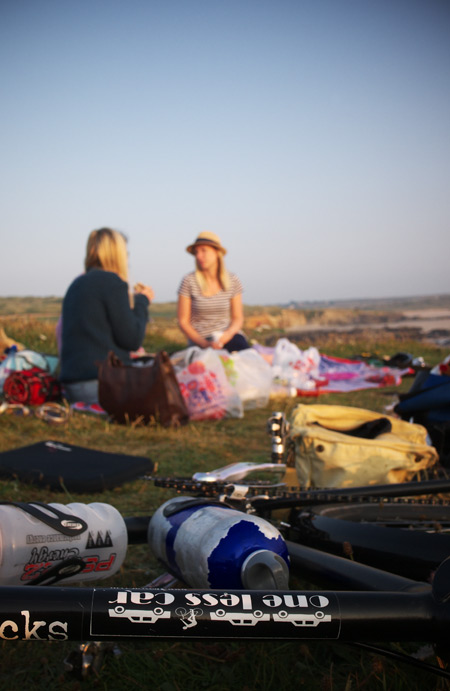 Last night… loaded my touring bike up with BBQ, food and beer for the short spin down to Godrevy. A fab spot to spend a warm summer evening with friends.

I’m discovering some browser issues for editing… there’s a wordpress app so I’ll try that next time. Chrome for Android works best for layout overall but the media tools for inserting pics are unusable in some respects. Firefox for Android doesn’t seem to work very well at all with the WP admin pages, except for the media tools which do. Annoying.

As I write I’m coming to the conclusion that this is going to be ok for short, light trips, like this coming September, when I’m being fussy about grams, but for longer expeds when I’m already carrying a bit extra and I might need to stay on top of businessy stuff I think I’ll live with the extra 600gr or so that a netbook represents over this. Still, less than 200 quid for the package of 32Gb Nexus 7, bluetooth keyboard, micro USB cable and SD card reader isn’t bad at all…. and it is very tiny as a package.. 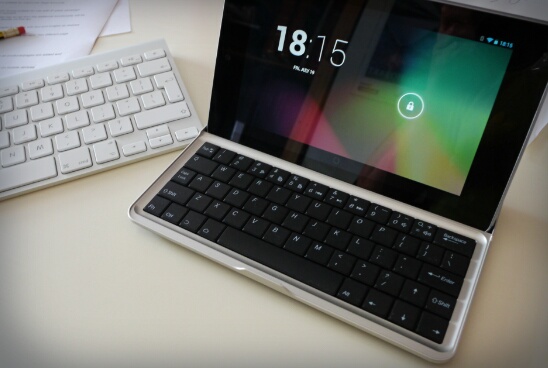 Final thought is how close the package is in form to my old Psion 5mx from 1999… the Psion was way ahead of its time and still better than this for typing on.. albeit limited mostly to editing text docs, spreadsheets and emails :-)

Anyway, enough of that.. bivy kit to sort, off on the water for a couple of days in the morning, see ya!