so the UK media has been going stupid over what is being ‘marketed’, for want of a better term, as ” the worst storm to hit the UK in years…” the reality from where I am sitting is that it is certainly no worse than any number of storms to batter the coast of Cornwall each year… the wind is due to peak briefly later this evening having been blowing at around 40 mph all day, it’s not that bad, and a lot less windy than the storm that hit a couple of years ago just before I disappeared off to Patagonia on my bike….. and yes it is throwing it down with rain.. but that is certainly nothing unusual :-) The wave height is dropping now but it was a rather fabulous 24-25ft earlier in the day as measured on the Seven Stones Reef… so perhaps no surprise that I wasn’t on the water.. and I wasn’t on my bike either, having a couple of weeks off having been feeling somewhat run down from my ride through Anatolia. I did go for a wander down on the beach in the rain however with a 40mm lens in my pocket. It was wonderfully bleak.. appropriate perhaps for the first day after the end of British Summer Time :-) 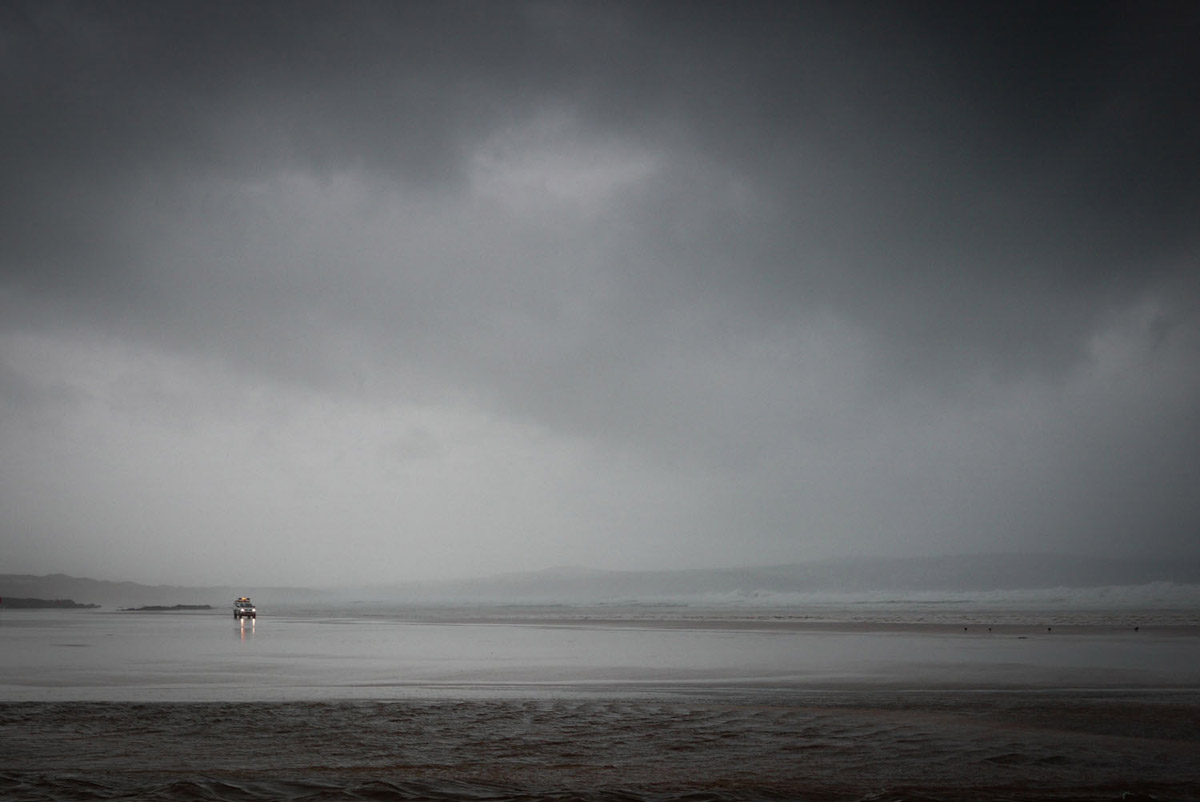 (you can click this one for a bigger image, probably need to)

2 thoughts on “the end of BST”