The sun came out yesterday as the remnants of the latest storm blew themselves out on the granite cliffs around here… it was quite a beautiful scene with the ocean in stunning turquoise plumage as a result of being super-aerated by the wave action.. and they were good waves, offshore the Seven Stones Lightship was recording a 29ft wave height, so inshore as the waves slow down in shallower water the faces would have been somewhere in the 35-40ft range, so although not large by ocean swell standards – for a short period wind swell it is quite chunky. It never gets boring watching waves.  Now I’m not a landscape photographer, I never will be (too lazy) – I only seem to be able to do street stuff so as with the other stuff below these I am labelling as snaps.. 35mm lens only in my pocket, but I thought I’d show you anyway. 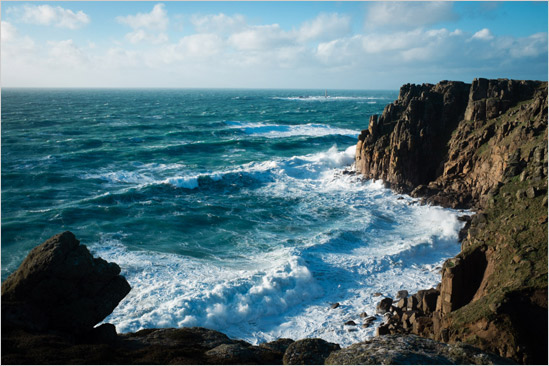 fabulous colour to the ocean 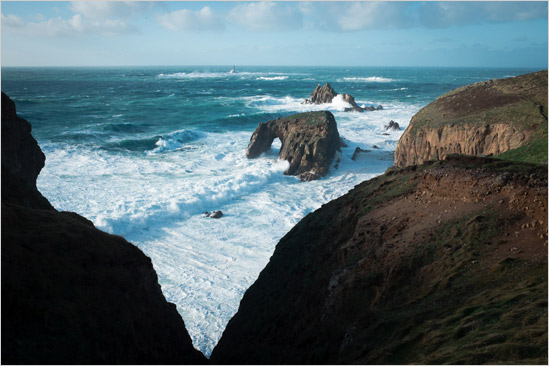 the arch at Lands End… probably would not want to be kayaking through there today. Longships Reef & Lighthouse in the distance, at half tide the occasional wave plume was still reaching the helipad 35 metres above the rock at its base. 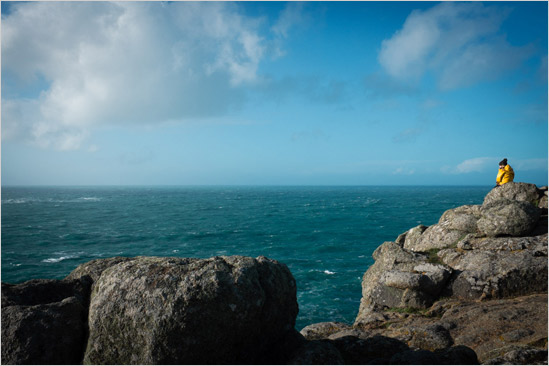 barely a soul out on the cliffs, in the summer it can be a tourist scrum here. Prefer winter :-) 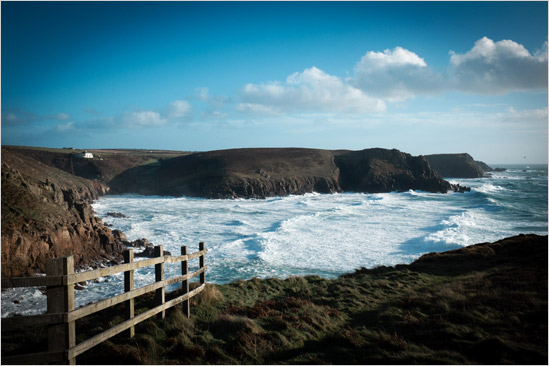 at times the sand bar in the bay at Nanjizal produces a very fun, surfable wave. But not today. 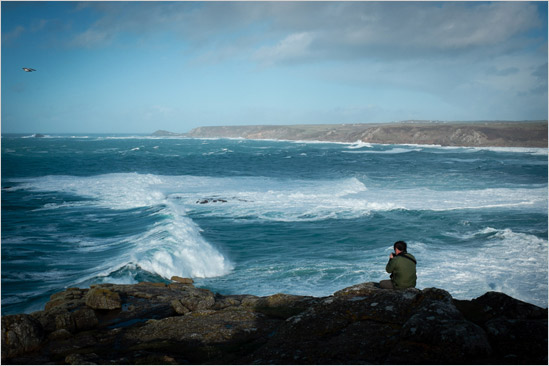 watching waves.. looking across Sennen Bay to Cape Cornwall in the distance 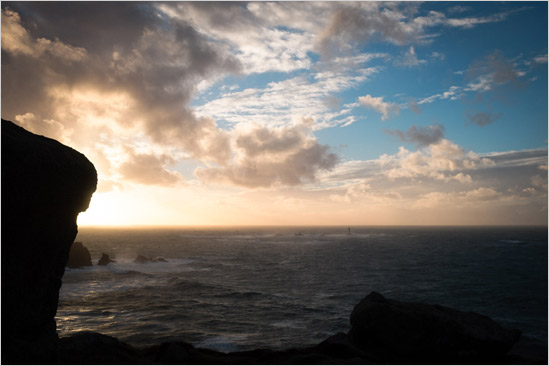 I have a love/hate thing with the fact it gets dark at 4pm.. when it’s like this I love it, a last bit of winter sun before it’s time to head back inside and light the fire..

2 thoughts on “Winter o’clock in the west”