To everyone patiently waiting for this moment.. thank you! It’s been a lot of work for all of us to fit in around everything else going on, and it has been a true family effort with lots of support from friends with things like proof-reading so a huge thank you, and especially to my sister, Sally Mitchell, who has done a wonderful job with the page layouts, cover design and a bunch of other things. 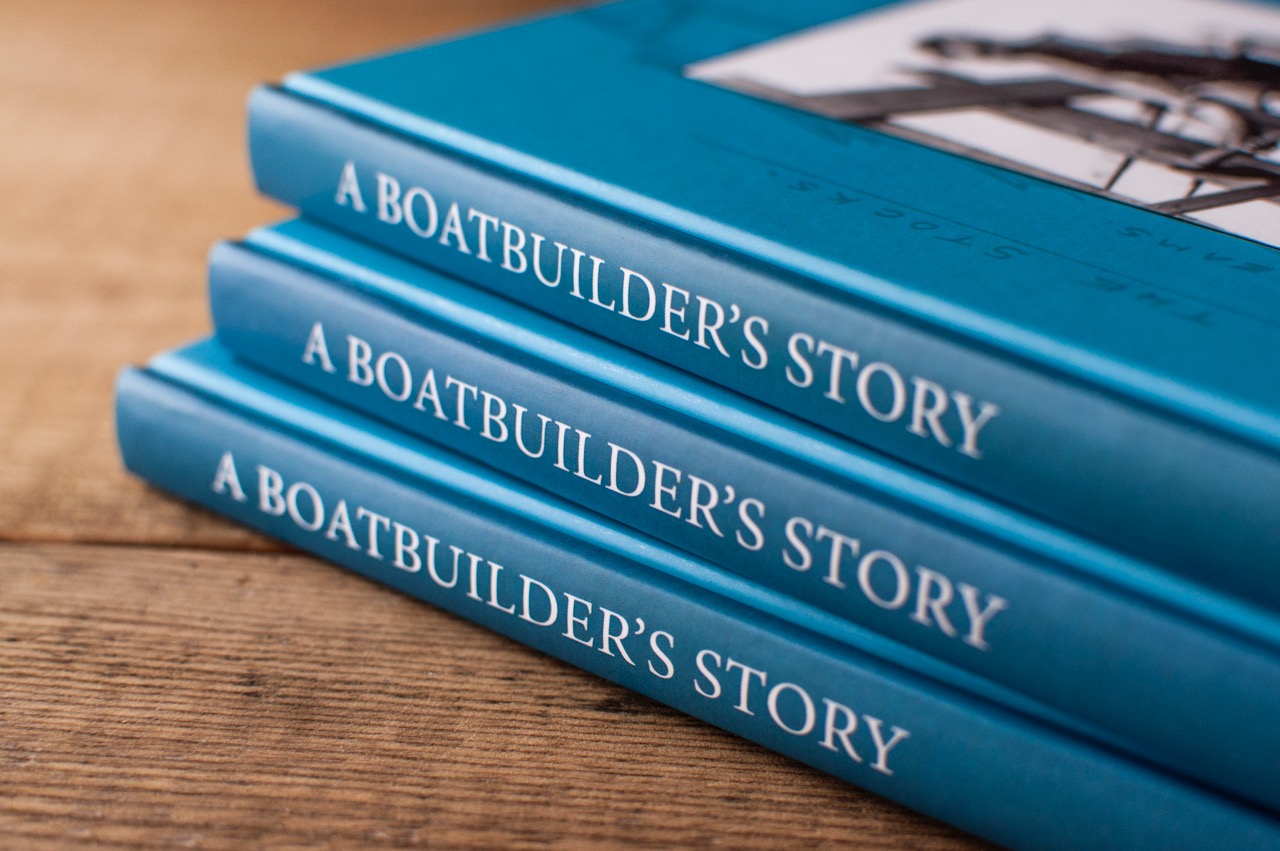 Although I am not of Mitchell blood I became part of the family in 1979 at age 7 when Percy’s son, Gary, became my stepdad… an event that had a hugely positive impact on my life and not just because I so enjoyed a childhood messing about in boats, sailing, and building rafts and model boats amongst the piles of wood shavings in the Portmellon Yard… so it was important to me to get this back in print.

Here’s the promo text (for the benefit of my readership who haven’t a clue what this is about)… and then at the bottom a link to where you can buy it online. If you live locally it is available to buy at Hurley Books in Mevagissey (book signing by Gary on 29 Nov from 11am to 12.30pm), BookEnds bookshop in Fowey, and shortly in the Maritime Museum, Falmouth. 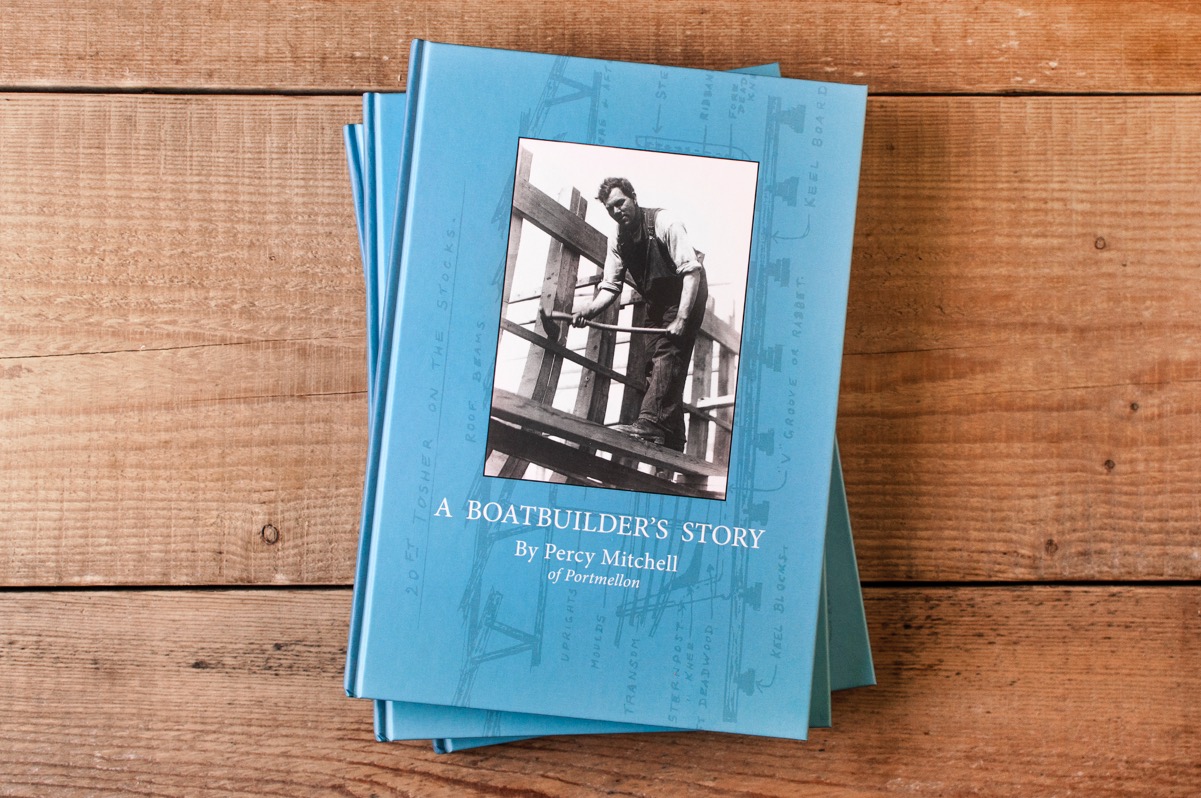 “One of the finest traditional boatbuilders in the world” is how Commander W B Luard described Percy Mitchell of Portmellon.

Born in 1901, Percy left school at the age of 14, just after the outbreak of the First World War, to commence his apprenticeship with a local yard at a wage of 3/- a week. At the age of just 22 he took over the yard in Mevagissey from his employers and became his own boss. Shortly afterwards, following an order for a 39 foot lugger, he moved the yard from Mevagissey because the narrow streets made it impossible to launch such a large craft. He went to Portmellon, an open cove a 3/4 mile to the West.

With only a rudimentary eduction Percy taught himself to design boats from a set of drawings in an old encyclopaedia. Starting with only a building space, open to all the wind and weather, no building sheds, no capital, no launching equipment, with only his practical genius and patient courage and perserverance, he overcame every obstacle and designed, built and launched a magnificent variety of fishing boats, yachts, tugs, motor cutters and launches destined for service all over the world, from a 7 foot pram dinghy to vessels of over 30 tons dead weight.

Described by Dr. Claud Worth, the eminent yacht designer, as “an artist in wood”, he built the world famous Windstar, which was often sailed in before the war by His Late Majesty King George VI and Queen Elizabeth, and after the war with the Princess Elizabeth and Margaret. Her owner, the King’s Sailing Master, Sir Philip Hunloke, G.C.V.O. described Windstar as “having everything that an ocean racing cruiser could wish for.”

As well as including many never before seen photographs from the Portmellon yard this new and extended edition of the book, originally published in 1968, includes the additional “A Boat Designer’s Story”, which picks up where the original left off with the chronicle of the yard in Portmellon up until it’s closure in 1983, and continues with the story of Percy’s son, Gary Mitchell, who became an internationally respected designer of working boats in his own right. Gary’s designs are highly regarded and , continuing an extraordinary story of Cornish maritime talent, can be seen in many harbours in many nations around the world.

Classic boat enthusiasts will enjoy the wealth of line drawings, photographs and Percy’s descriptions of the boat building operations in Portmellon together with the continuing story of Gary’s designs, while the general reader will enjoy this very Cornish story of how, from humble beginnings, a true craftsman built a lasting legacy.” 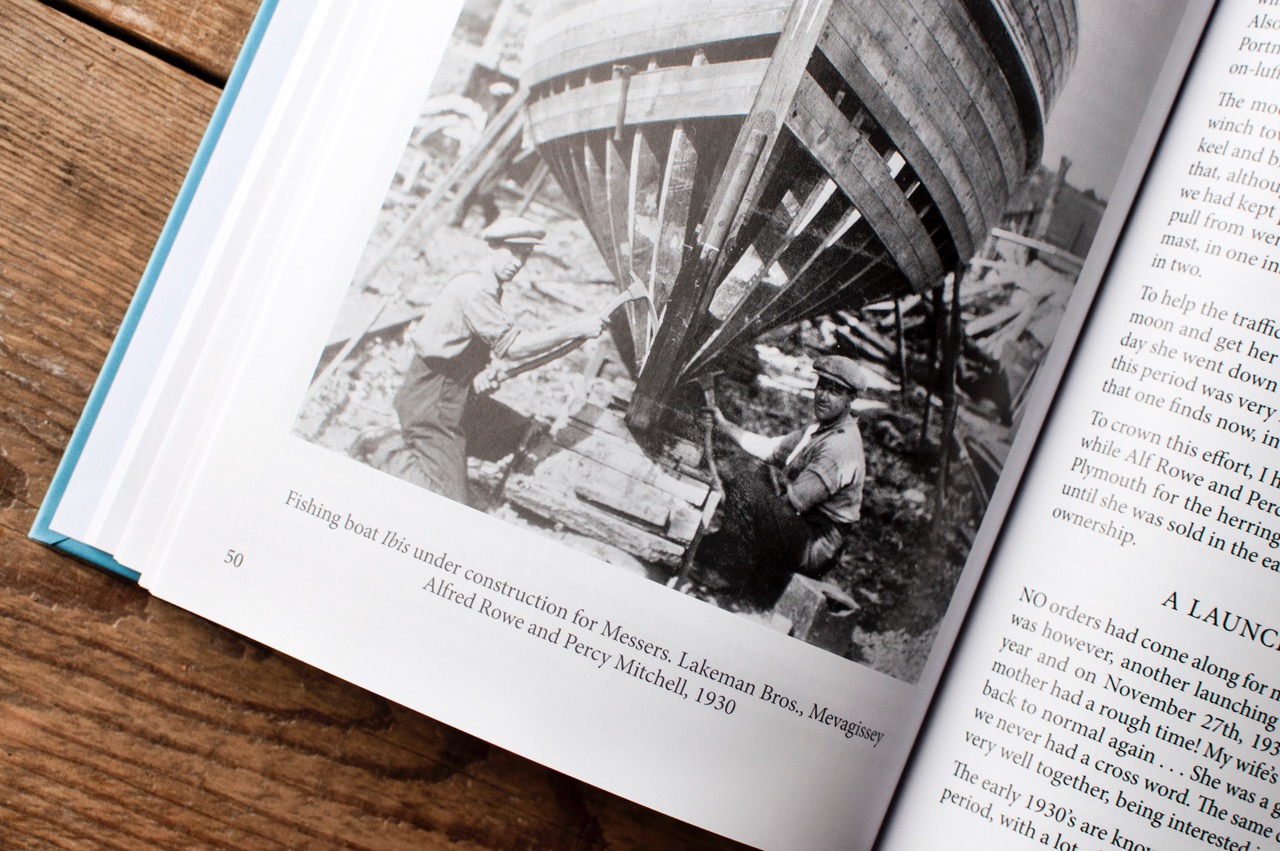 There.  I’d very much like to build a proper site for the book but I’m booked solid development wise until well into the new year so for now we set up a BigCartel page for online sales, it’s a simple hosted template-based site that is ok for a single, low volume product like this. Payments are handled by Paypal but you do not need a Paypal account, you can use a credit or debit card. You can also arrange offline payment by cheque if you wish, just use the contact form on the website. Shipping wise – if outside the UK we were fairly limited on the shipping options available so if you’re ordering more than 2 books or your country isn’t listed please just drop us a line and we’ll sort it out. Also slightly shocked at how much the Royal Mail charge now for overseas parcels..

We hope you enjoy it and thanks for being so patient!