A few weeks ago I received a copy of a rather nice new book from Wild Things Publishing, the background being that there is a little bit of my photography between the covers – but really only a very tiny amount and it is, quite rightly, lost amongst the rather splendid photography that features throughout the book. Reviewing books is not something I am proficient at, and one of the reasons it’s taking me so long is that at the time I had all sorts of things I thought I wanted to say but I wasn’t sure how to articulate myself properly without involving some sort of rambling tangent. Having had time to reflect on it however I’ve decided that actually all I really need to say is “great book”. 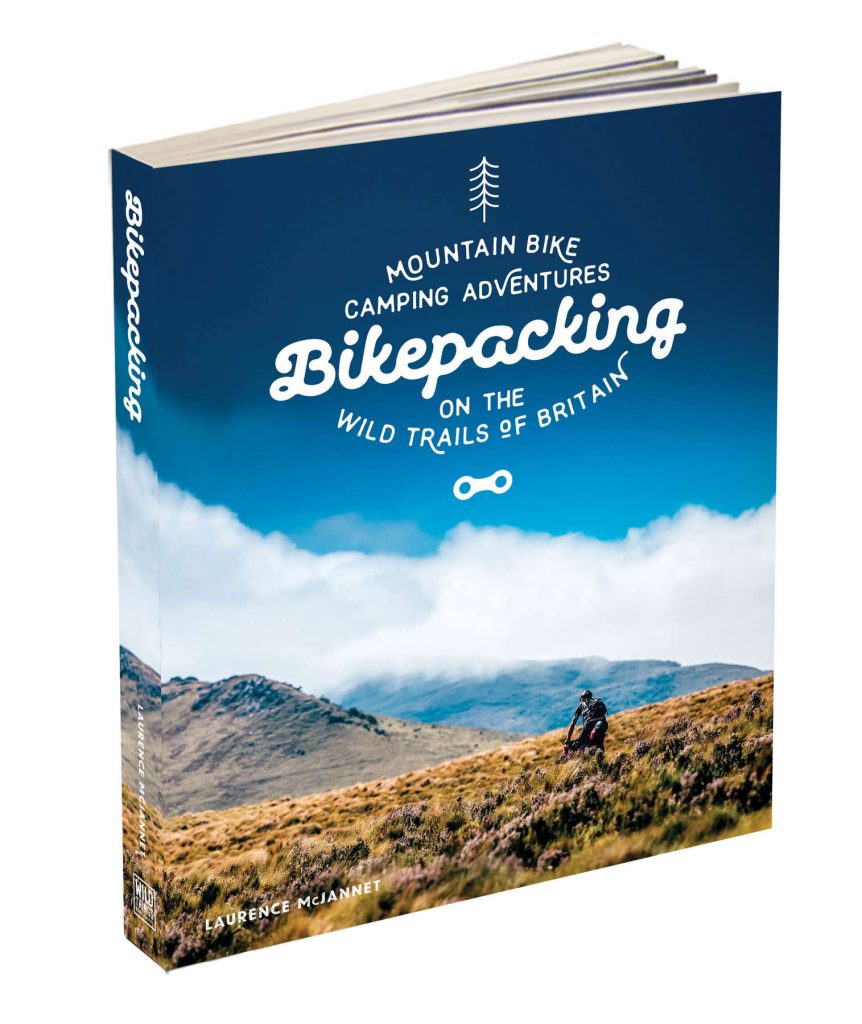 Well, perhaps I should say a little bit more. It’s packed with well-researched routes throughout mainland Britain which, although lacking in true wilderness, does have some pretty nice places to ride. I think though that the value of the book is more than just the routes themselves, and besides I’m of the opinion that a route put together by someone else is akin to a curry recipe, for sure you could just ride it but better to take it and make it into something personal. Rather the book is a reminder that it isn’t necessary to jump on a flight and bugger off halfway around the world in search of some great riding, instead there are plenty of mini-adventures to be had closer to home. A reminder I could do with from time to time. So it is definitely inspiration to get the maps out and spend a little bit more time at home. The photography between the covers is lovely and can only help with that inspiration.

There’s no point in me going into fine detail as regards regions and routes, format and so on – you can find all that, as well as a preview, on the publishers website here. It’s £17 and holding it here in my hands I’d say it’s good value. There.

As an aside it has been interesting over the last couple of years to watch the meteoric rise in the popularity of ‘bikepacking’ in the cycling world. Of course it is nothing new, folk have been exploring on bicycles since the dawn of the bicycle itself. I have some rather wonderful original print editions from the late 19th and early 20th century describing journeys by bicycle that even today would be considered rather ‘out there’. Of course what has changed is the availability of tremendously more capable bicycles and equipment with which to explore. The other key factor I think is that the world in which we live has changed. I’m not really sure how to describe that which is thought of as “modern living”  beyond saying that in my opinion an awful lot of it is a bit rubbish. I think a consequence of the way most folk live these days is causing many more people to seek to rediscover their connection to the natural world.. and a bicycle is one of the more accessible ways to do that. It’s certainly not something you can achieve from behind the tinted glass of a luxury 4×4, or astride a noisy dirtbike. I confess I worry a little bit that it is becoming too much of a “thing” in the same way that has happened to road cycling and surfing, particularly visible here in Cornwall – at times the hostility between individuals in the water is palpable. In recent months I’ve seen bikepacking and cycle touring feature in big budget commercials for mens fragrance (for f**ks sake..), software, and designer clothing. A couple of years ago it would have been unthinkable. Once the marketing departments of certain ‘lifestyle’ and ‘luxury’ brands get hold of something I fear that it too often is to the detriment of the activity and the genuinely involved… prices go through the roof, image becomes everything, it becomes more important to be seen to be doing something, while dressed in the ‘correct’ attire of course, than genuinely enjoying doing it, attitudes become hostile, and fights break out.. well, surfing in particular has always been a little bit tribal I suppose… Oh well… in reality it’s probably only a better class of person that is happy living in the dirt with minimal kit anyway so I have nothing to worry about.. time will tell..;-)

Oh that was a rambling tangent wasn’t it…. 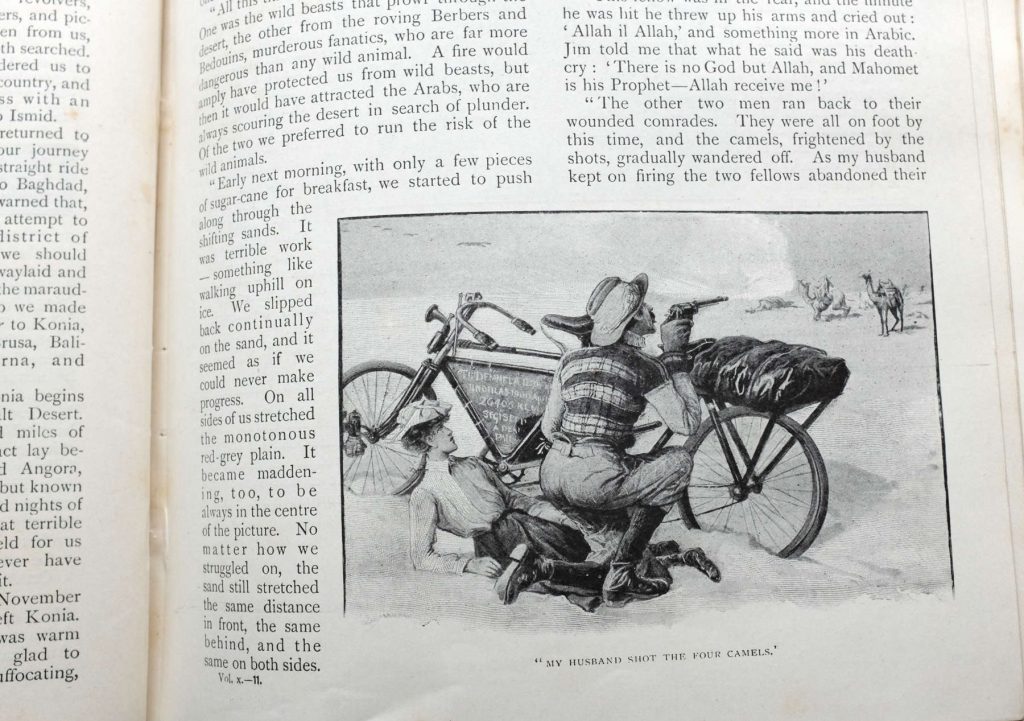 Bikepacking.. in 1900-1901 a Mr & Mrs Hetzel of St Louis decided, for their honeymoon, to cycle around the world on a home-built bicycle. It is a wonderful read of a somewhat hair-raising journey.. “Frau Hetzel, a comely girl, spent some time in the German Hospital recovering from wounds received in an attack by marauding Bedouin during their perilous effort to cross the sandy wastes of Asia Minor…“. Seriously, it puts the efforts of certain highly publicised modern day “TV adventurers” into perspective… although having said that I guess each generation only ever looks to its peers for inspiration in a rapidly changing world.

Right, enough of that. I have an extremely mucky bike to attend to. There was an off-road “brevet populaire” audax event locally today, and being summer it was of course pissing with rain. Great fun though, very social with lots of tea and all flavours of cyclists from weatherbeaten old dudes with many, many decades of miles in their sinewy legs, to teenagers on super techy full bounce bikes.