Aside from the riding itself one of the best things about bike touring is the sense of community around it and the valued friends made as a result. From time to time I get to host travelling cyclists in my home in Cornwall via the Warmshowers network for example, and also enjoy opportunities to visit friends made on the road or simply through shared stories. Eight or nine years ago I began corresponding via blogs with a couple spending four years riding all over the world who, on return home invited me to make the journey north and stay for a while to enjoy some of the terrific dirt road riding in southwest Scotland. It’s an area often overlooked by visitors who generally associate Scotland with the ‘highlands and islands’, as such the area is quiet, the roads empty, and the people warm and friendly.

I’ve split this post into two as there are one or two snapshots… and if you happen to stumble across this looking for info on touring, road and gravel riding in Dumfries and Galloway then Esther and Warren now run Galloway Cycling Holidays, offering guided and self-guided (with support if required) tours of the area and can also put together custom itineraries making the most of their extensive knowledge of the area. Highly recommended.

I imagine I’ll sling together part two over the weekend… Stay tuned. 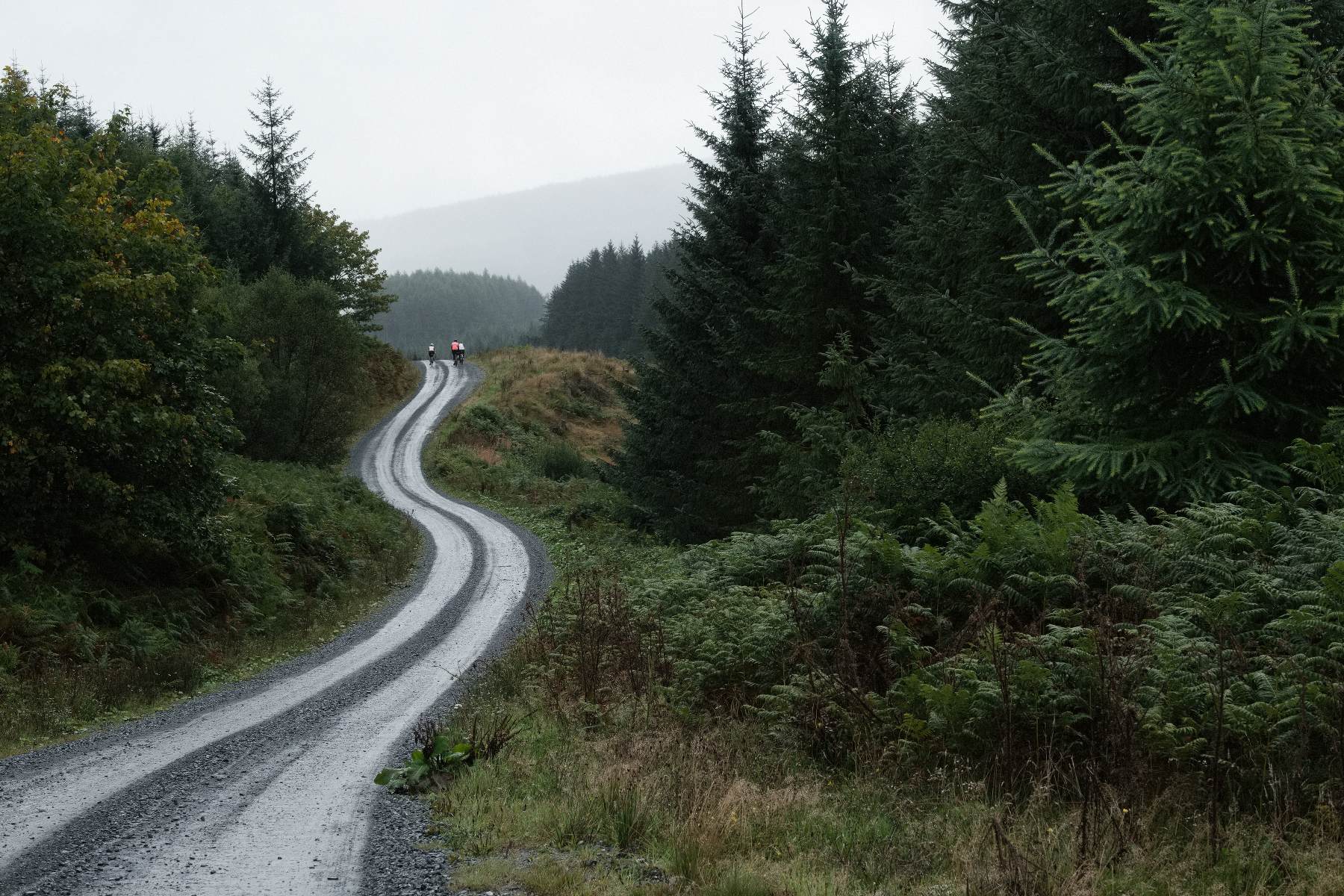 Conditions best described as ‘changeable’.. it’s Scotland after all.. rainy days are perfect for adding a spot of atmosphere to explorations of the terrific network of forest trails. 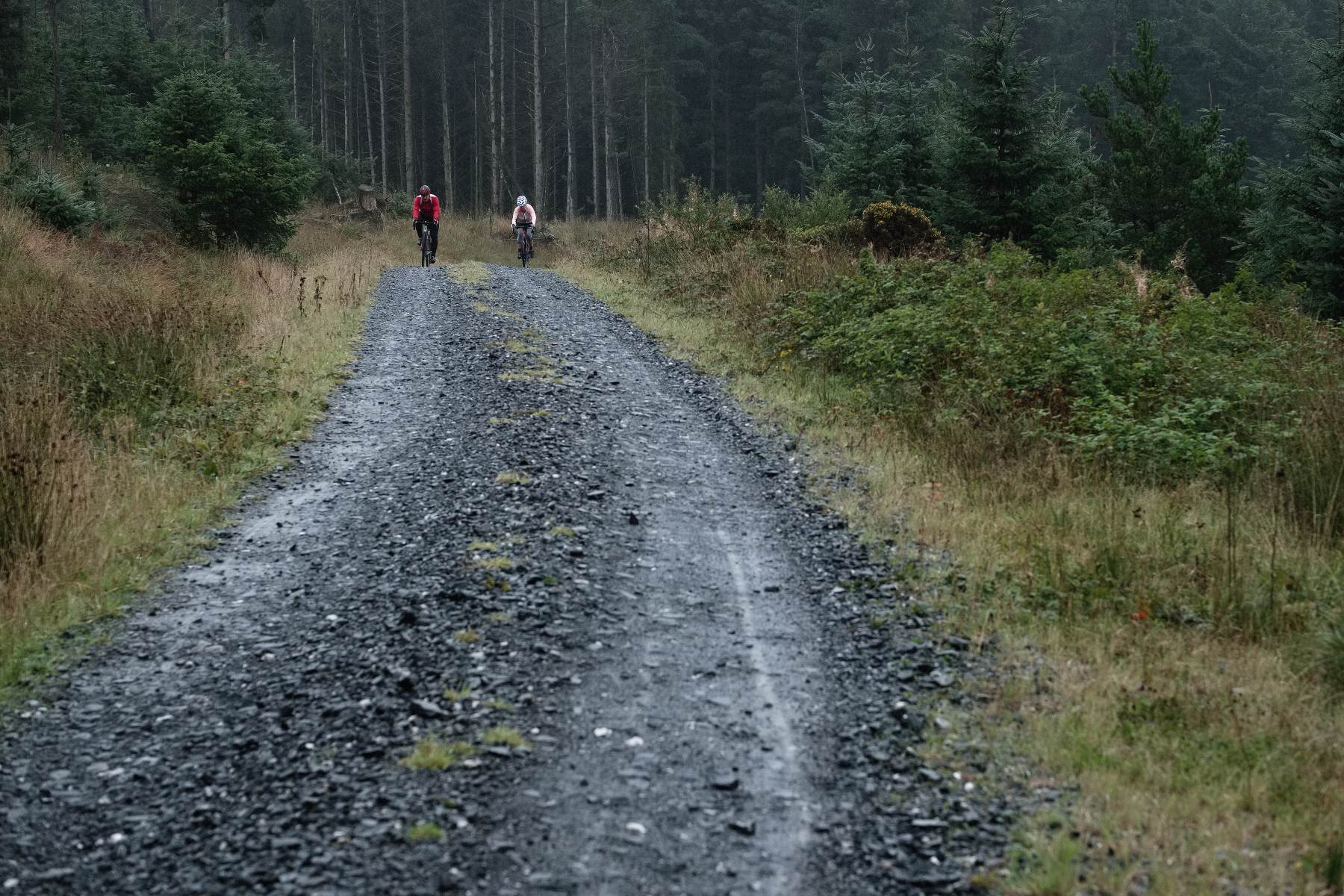 The forest tracks seem to be largely deserted. We met only a very tiny handful of walkers and cyclists over the week I got to play to in the area… 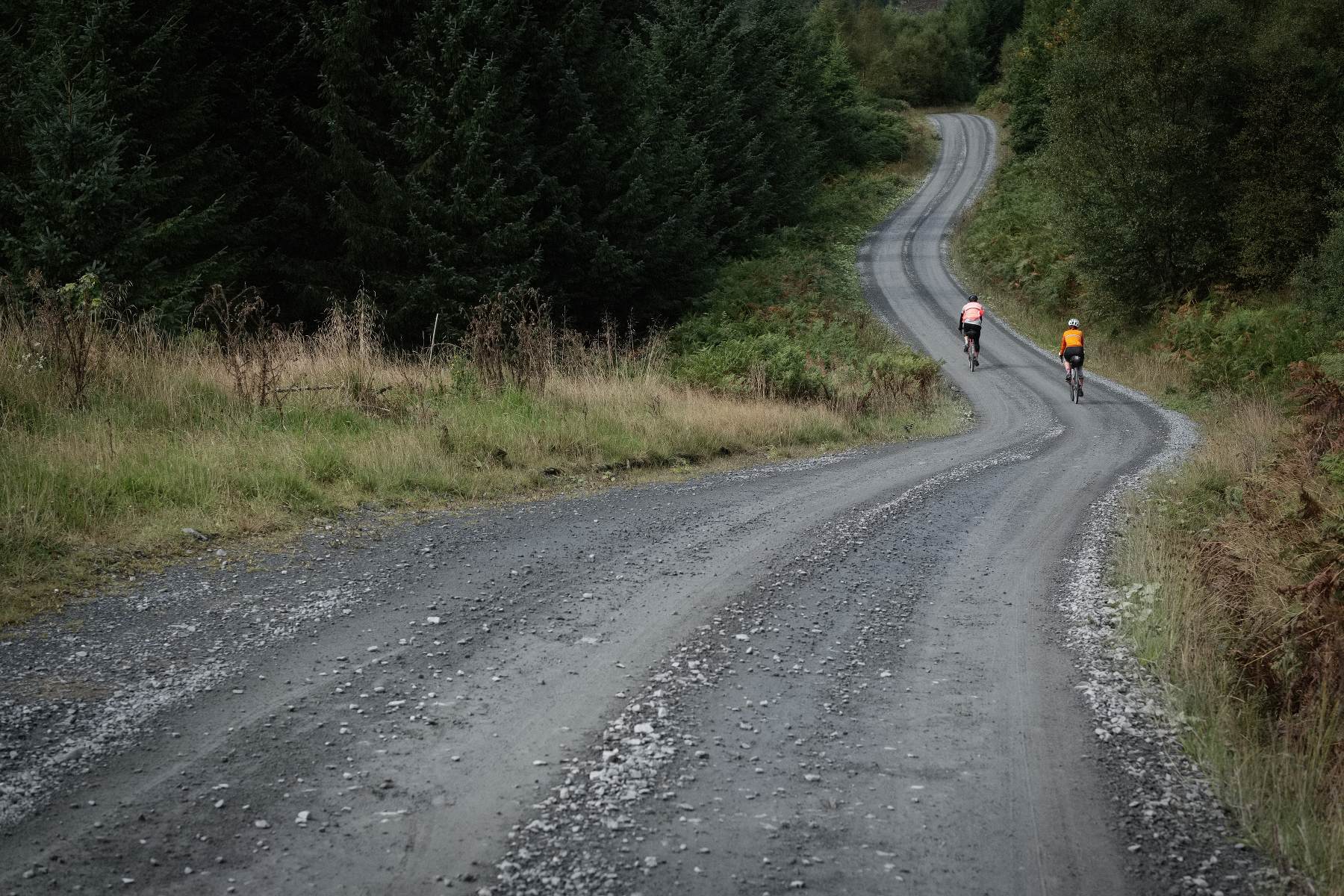 … and have lots of photogenic wiggles and squiggles.. 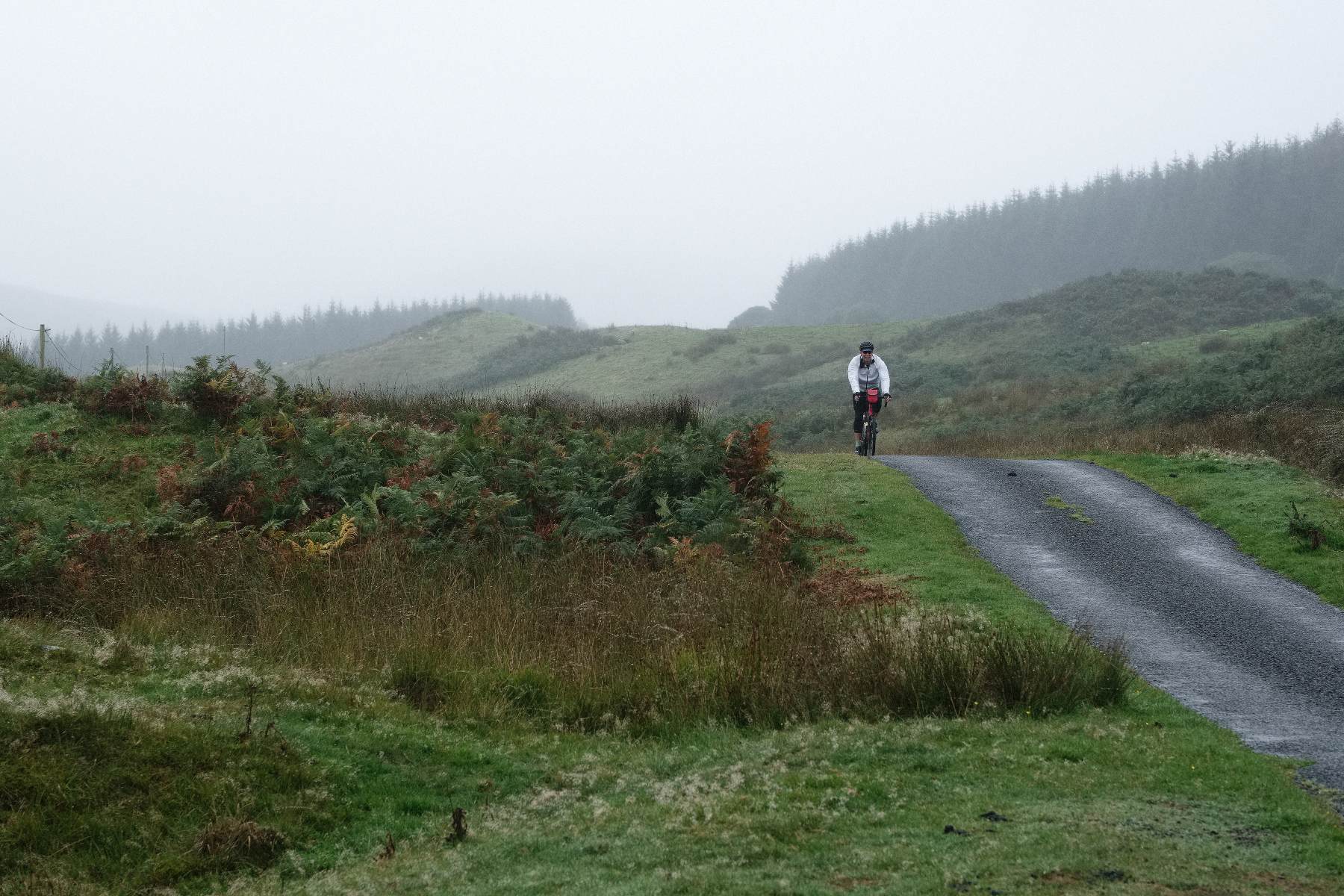 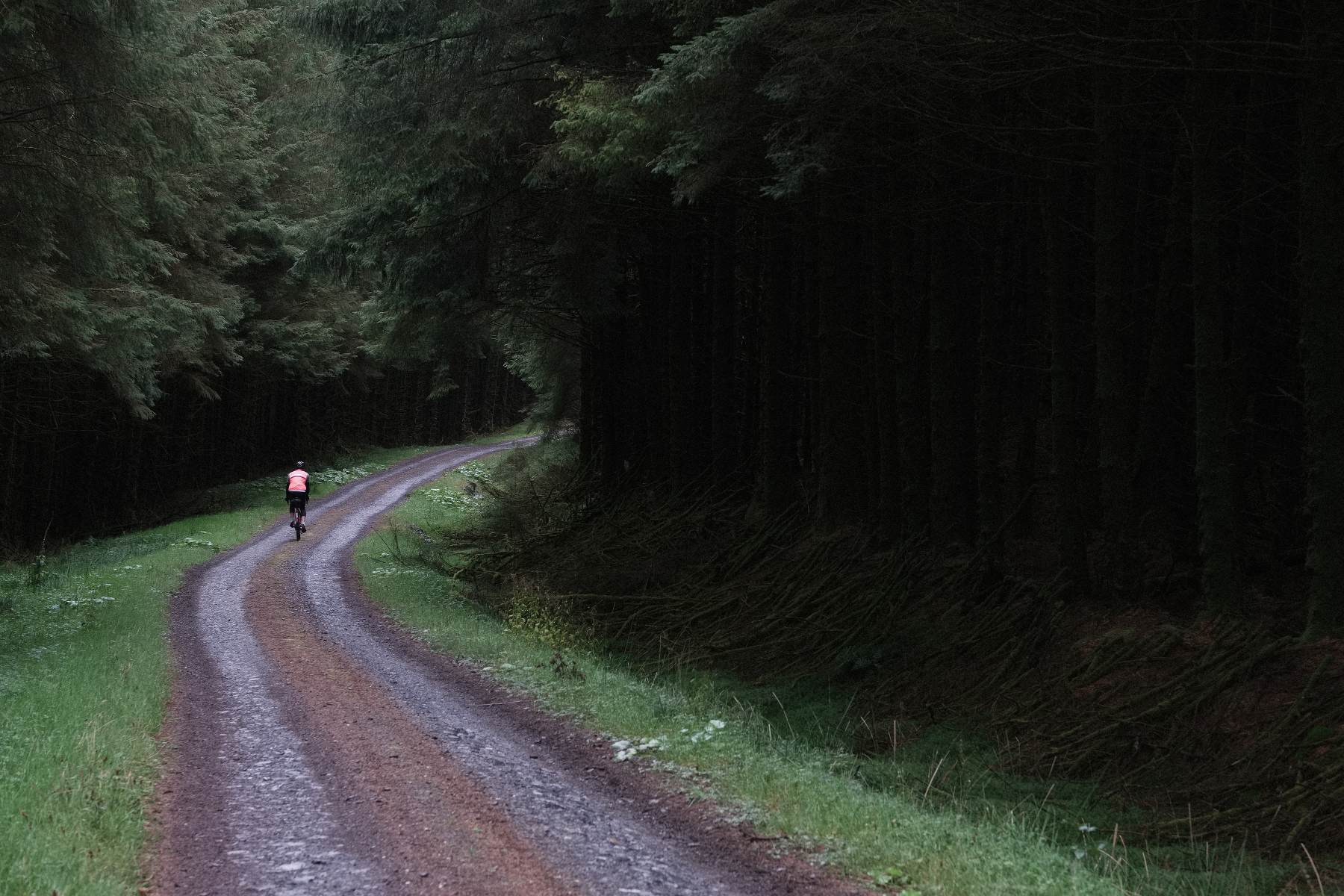 .. to dense forest. Managed forests are largely spruce I think with a decent sprinkling of broad-leaved trees, but there are also swathes of proper old-growth forest to enjoy. 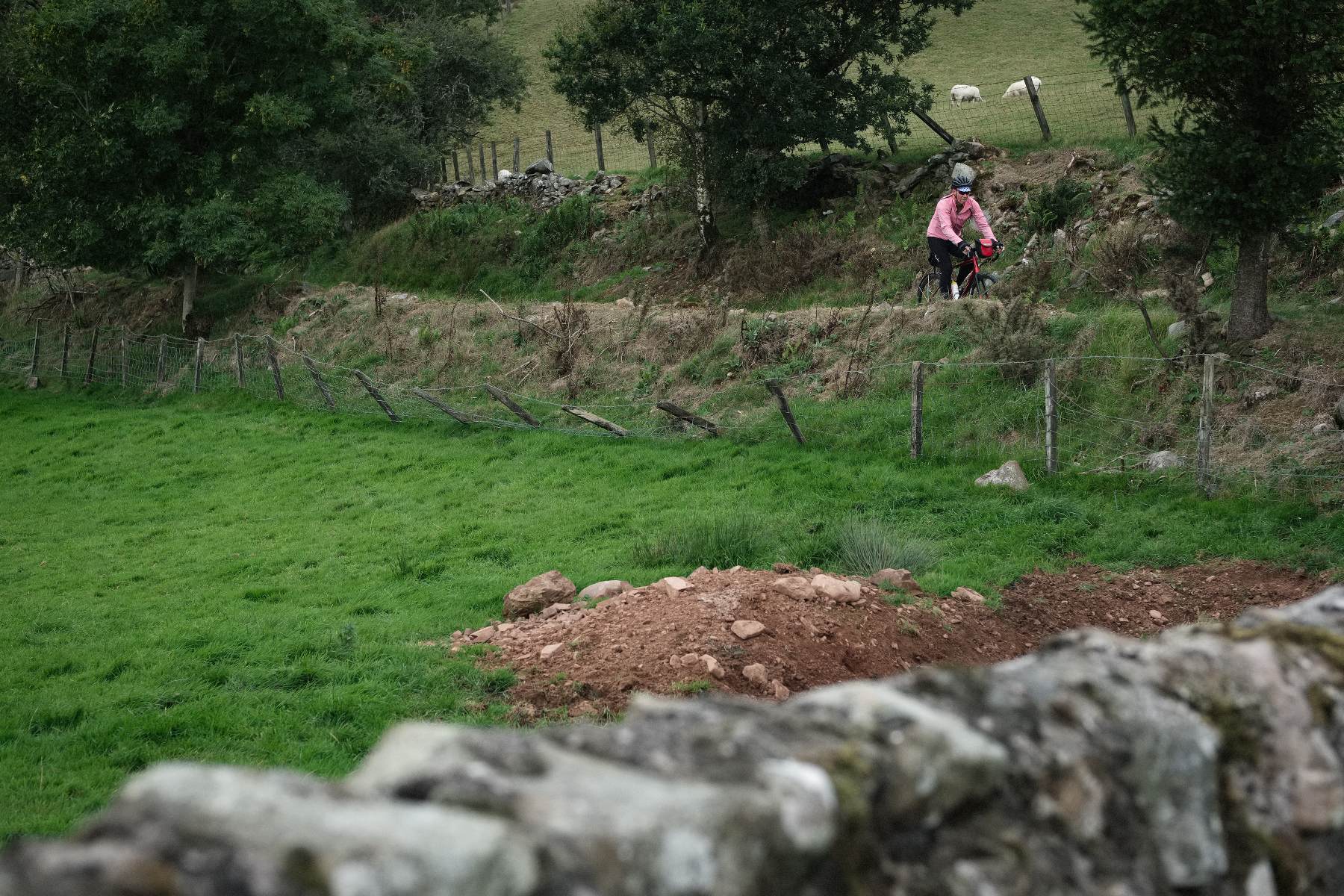 The riding is never boring. It’s kind of hilly but nothing like Cornwall… 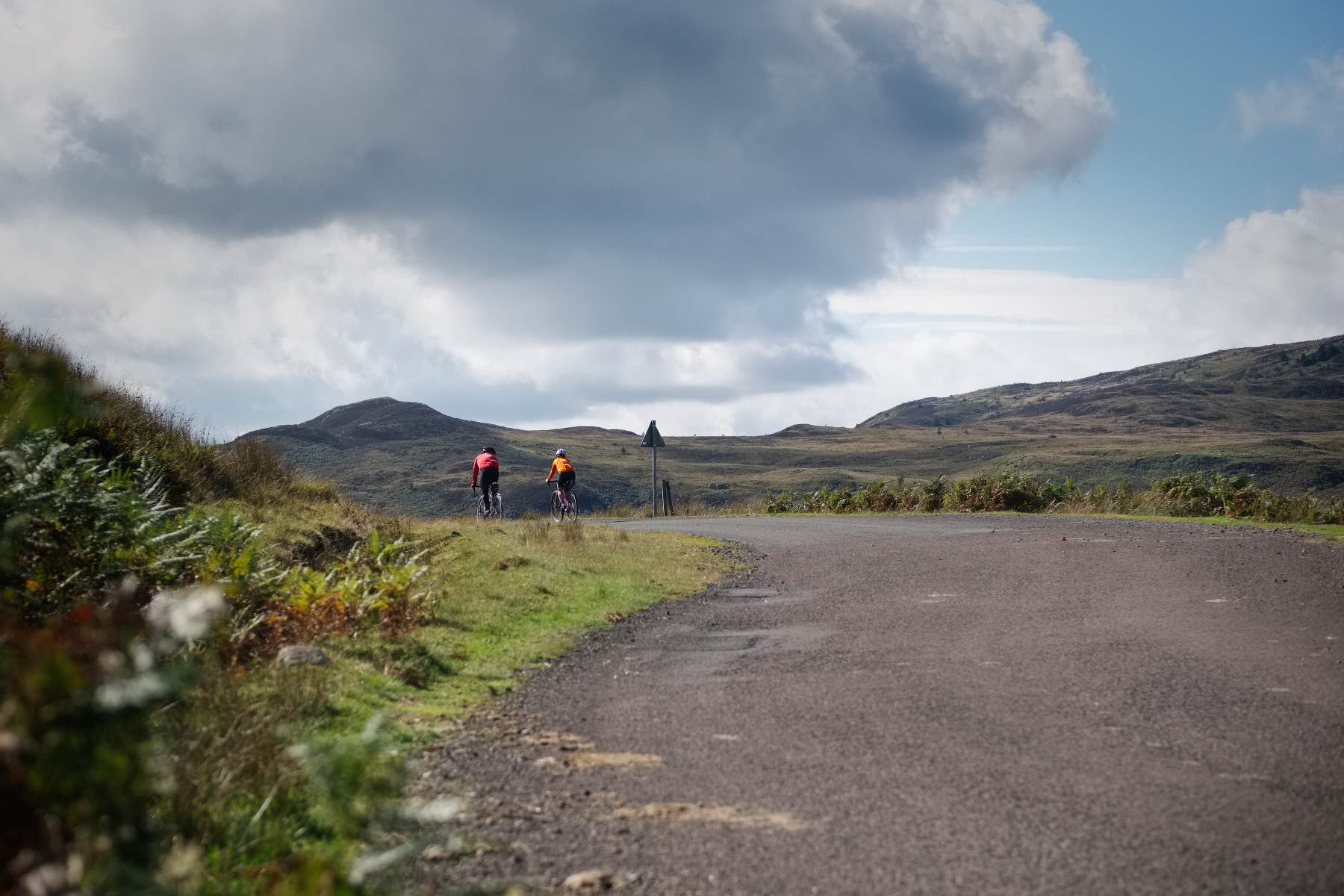 Sunshine happened… it’s asphalt but the climb of Laurieston Pass is a very good one, ascending through old growth forest to the open uplands near the summit, with an abundance of red kites soaring overhead. 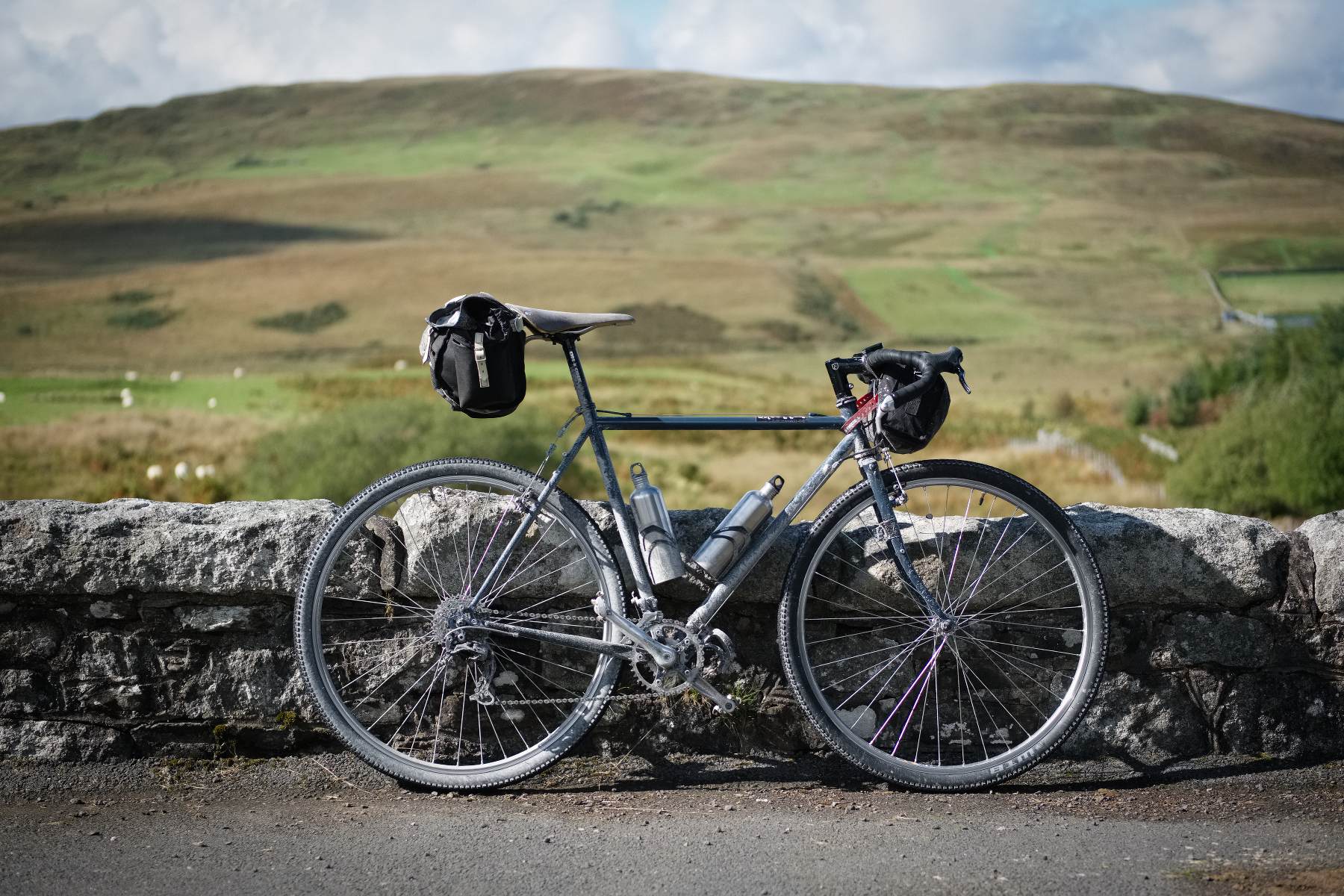 My trusty old Surly Cross Check is perfect for this sort of stuff with fat 45c rubber stuffed in. It’s kind of heavy and low tech but the tough steel frame and compliant fork is perfect for throwing ones-self down steep, rocky descents with grinning abandon. I did bring camping clobber for some overnighters but as it happened with the weather we ended up enjoying unloaded day rides and wet evenings by the fire enjoying a variety of foraged brews. The rear saddle bag has rain gear, down jacket, food, stove and coffee for a trailside brew plus tools of course, and at the front is my camera. 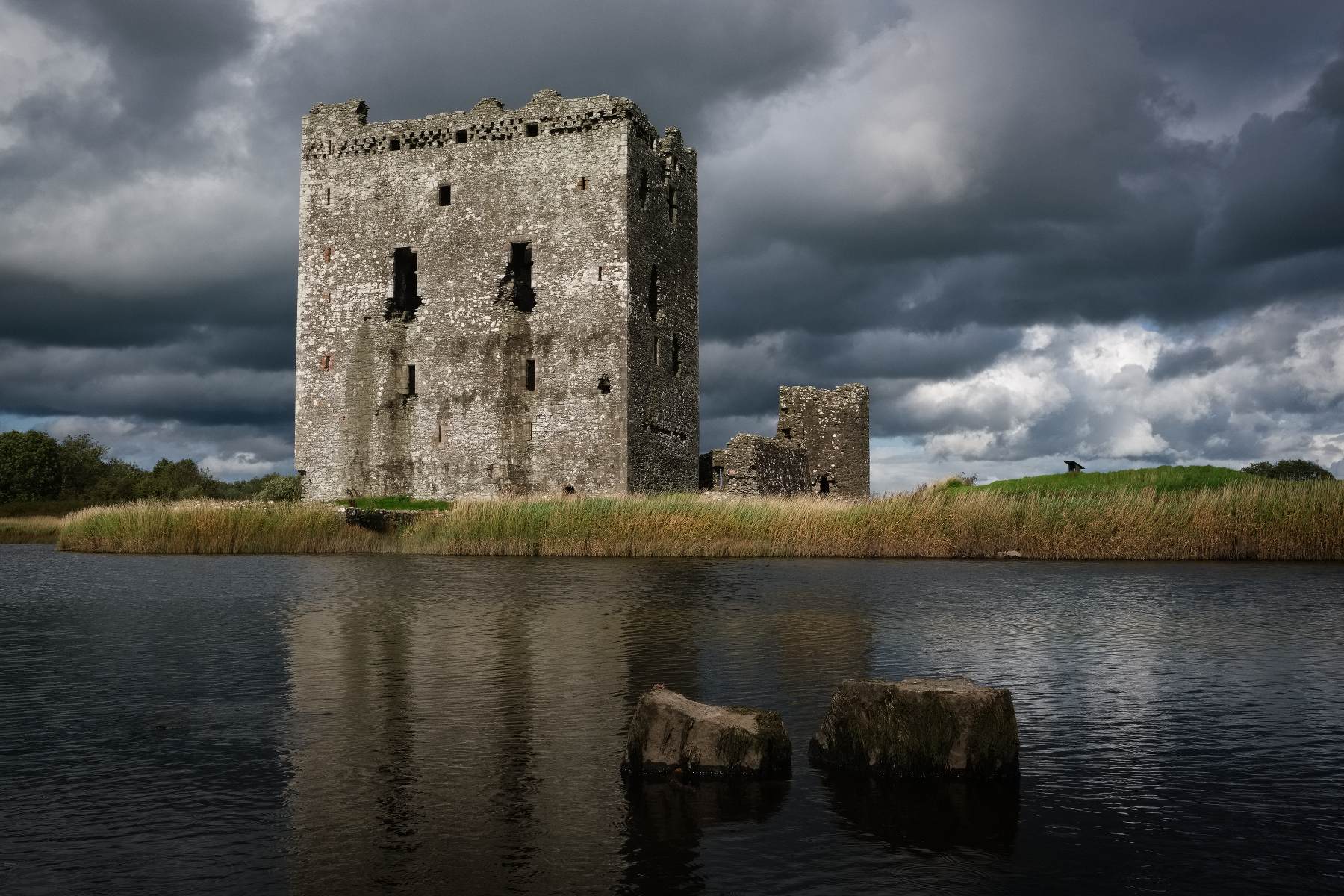 This is Threave Castle, passed on a number of occasions while out riding. It’s now a wildlife refuge and osprey nesting site but was originally built in the 1370s by a chap called Archibald the Grim… and without doubt that is the name of my future cat… or failing that, goldfish. A member of the Black Douglas clan, I have no idea how he came by that name but presumably it wasn’t because of his sunny and outgoing disposition. I was also privileged enough to see a kingfisher hunting here at very close quarters. Fantastic. 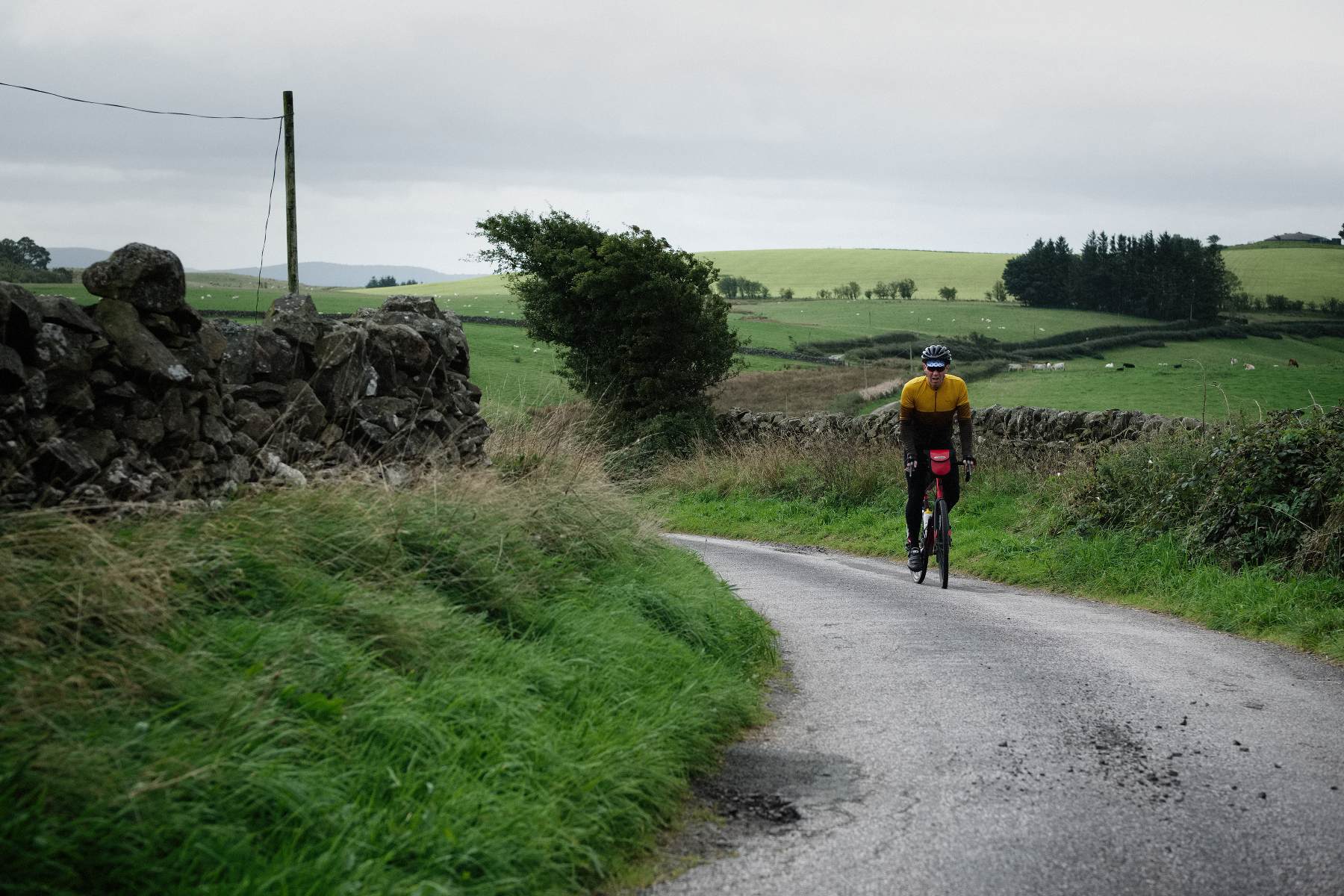 It’s possible to spend 95% of the time on gravel but the backroads are no chore at all… scenic and devoid of cars.. 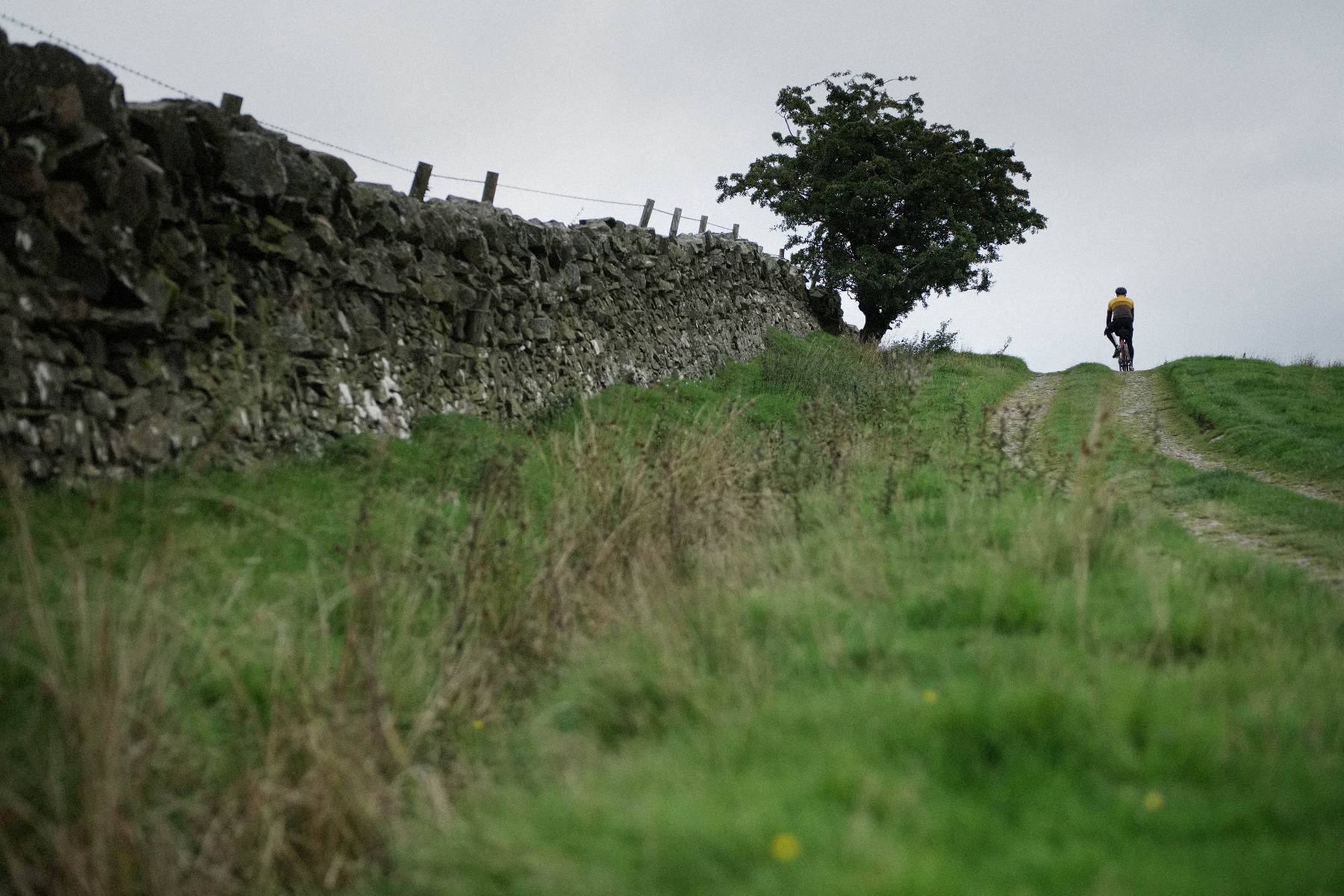 … linking together a variety of tracks and trails. 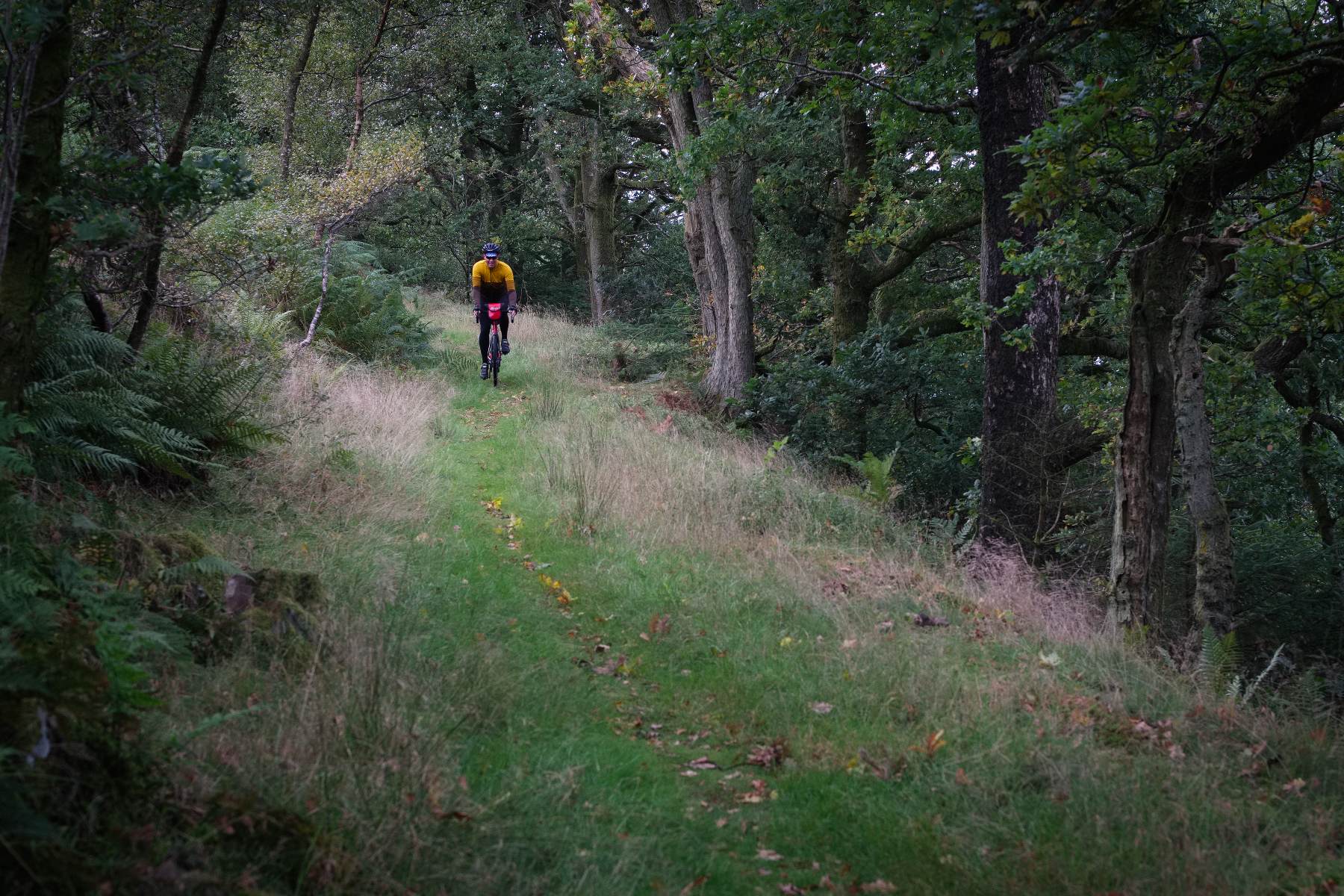 More forest trails… autumn is very much in the air with the very first hints of colour in falling leaves. 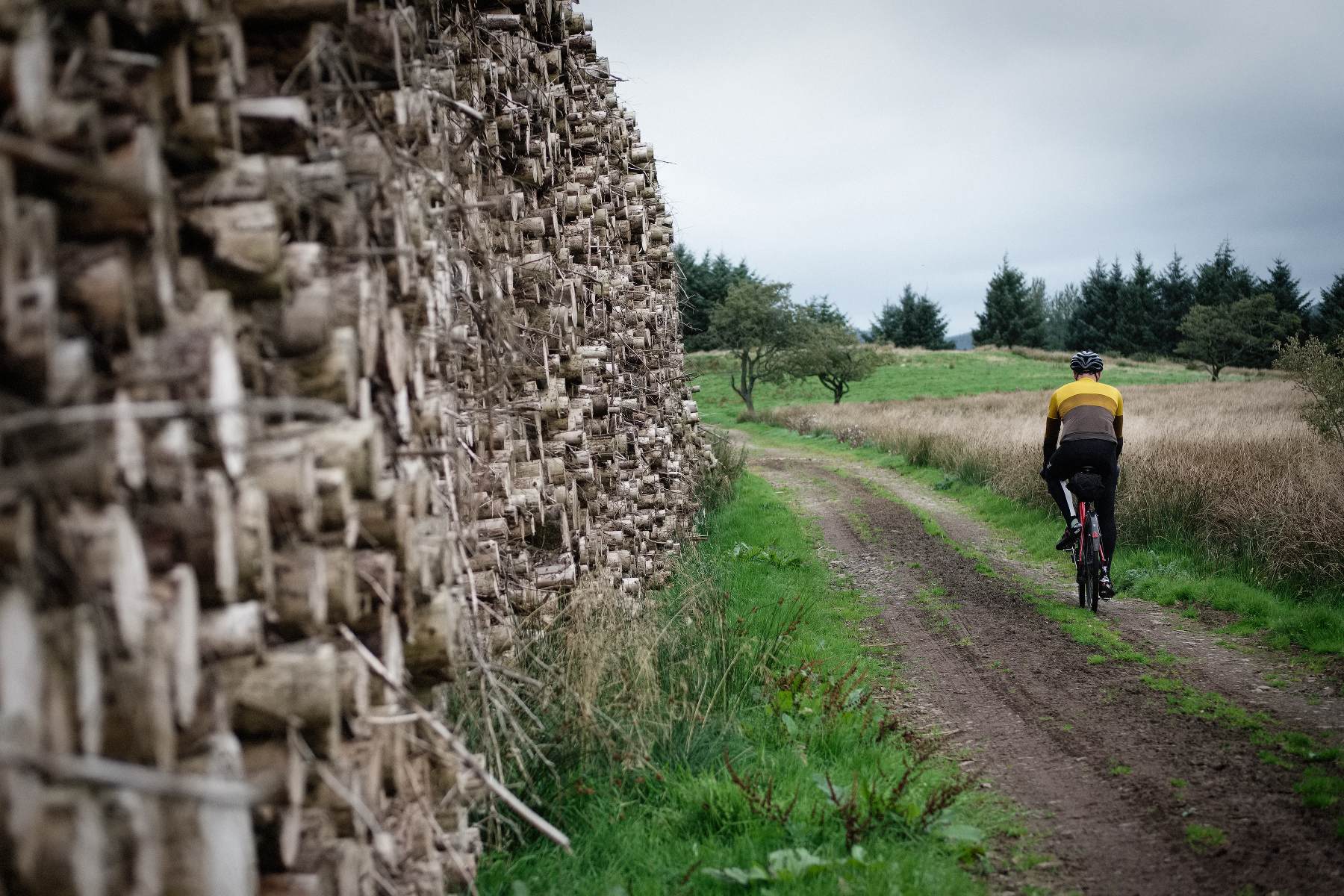 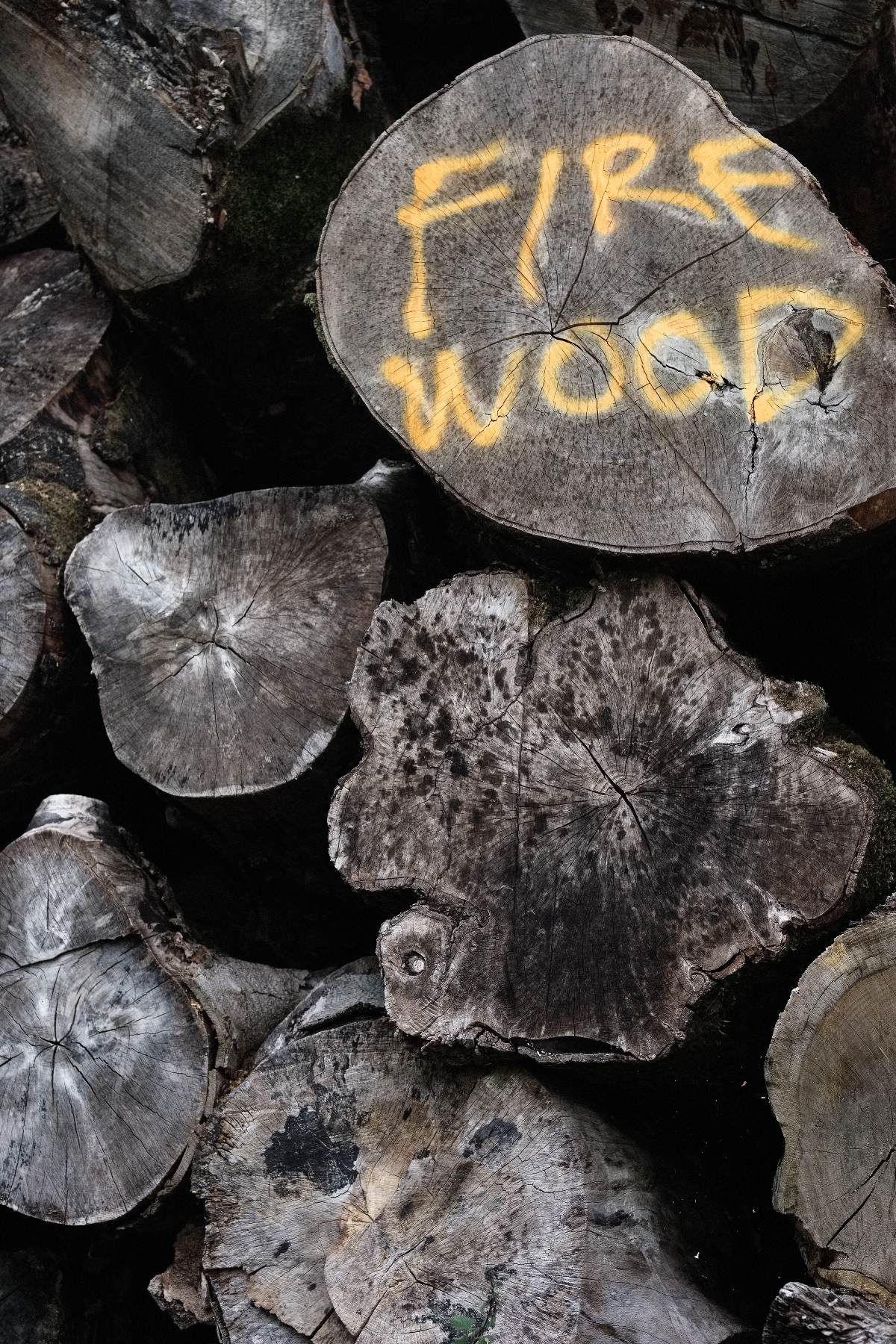 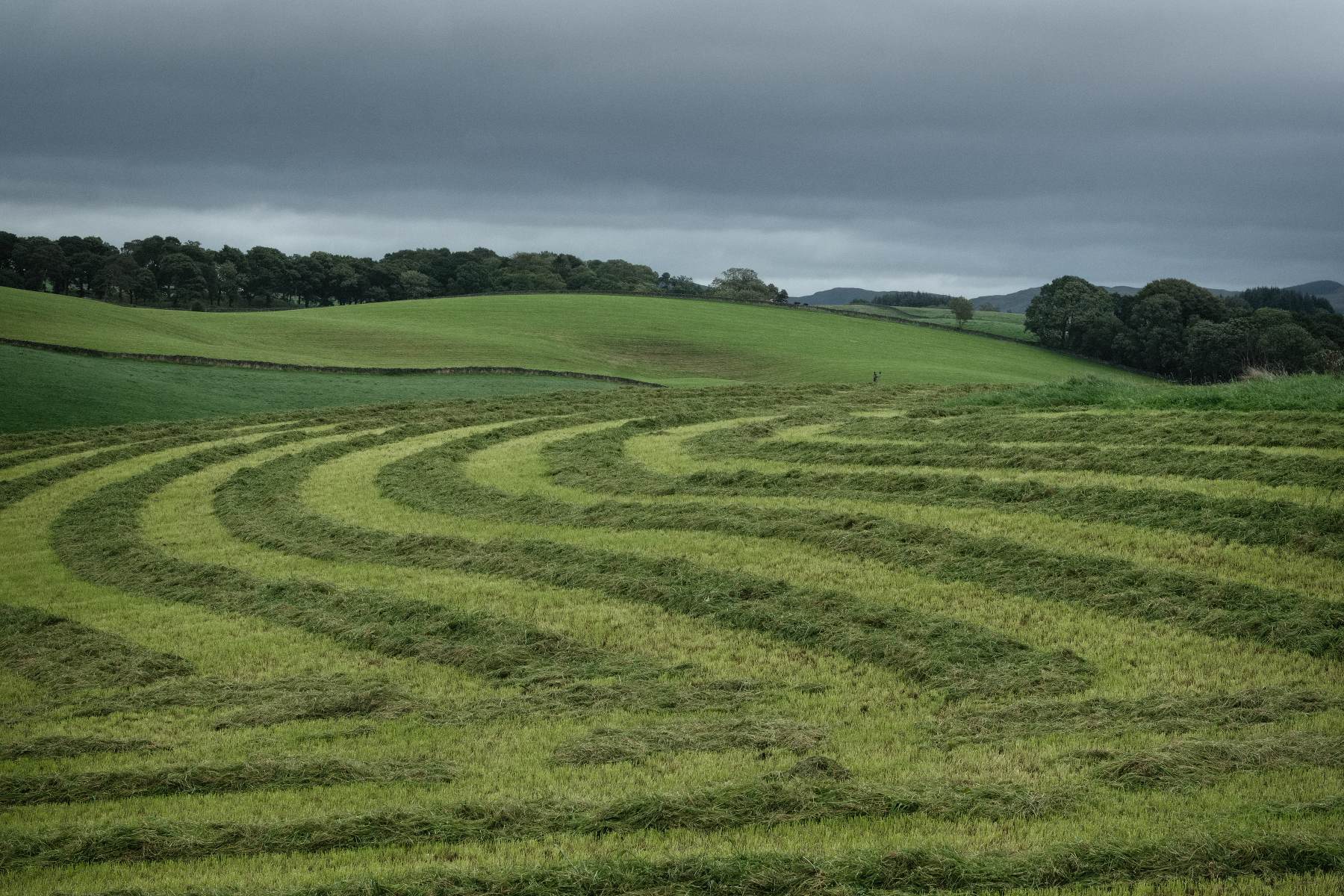 The area is so very photogenic with always changing light and such terrific riding we were wondering if there might be enough interest to run a gravel cycling / photo workshop sort of tour, perhaps with some bushcrafty and foraging stuff thrown in… what do you reckon? 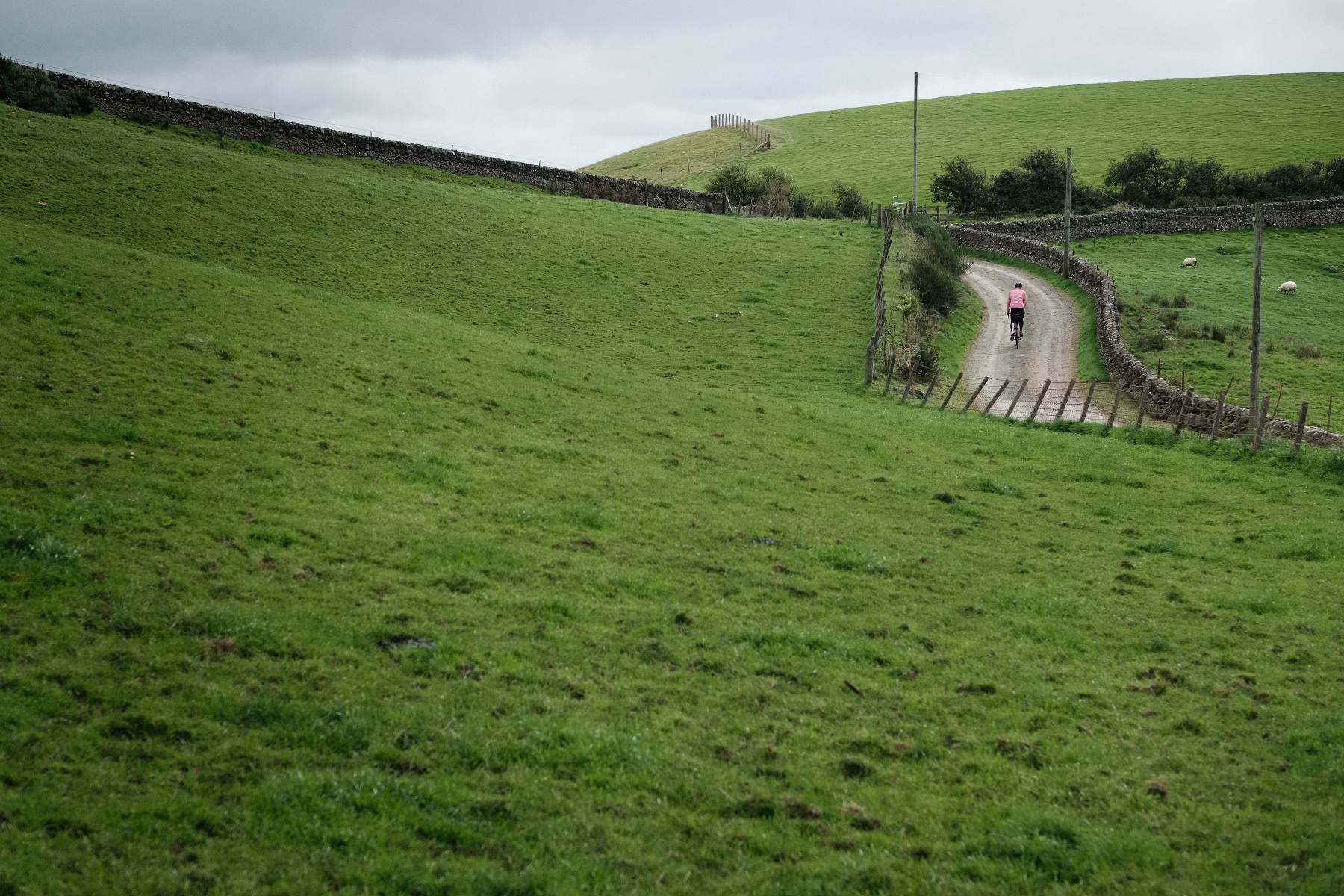 It is a green and pleasant land but one that rather inspires. 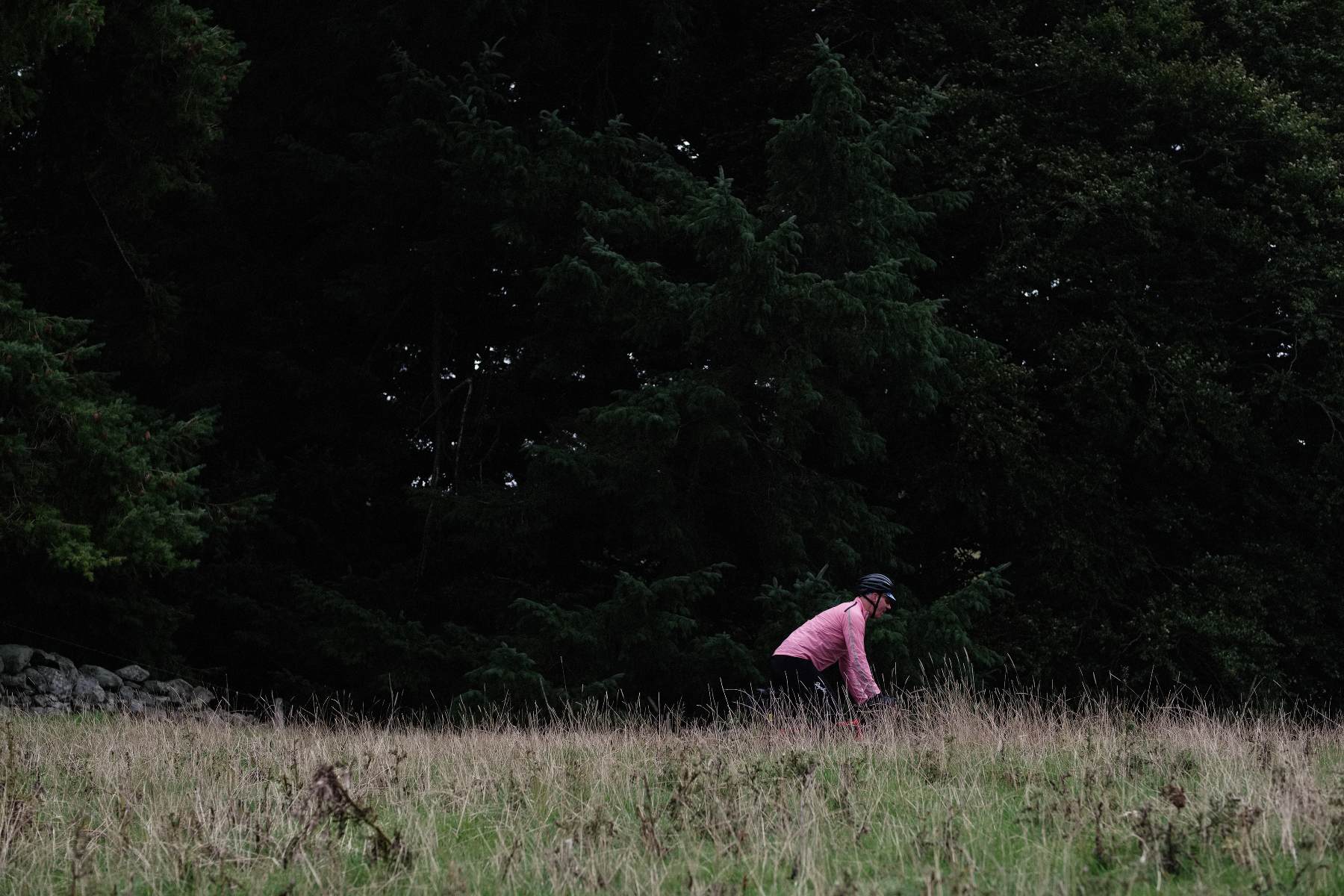 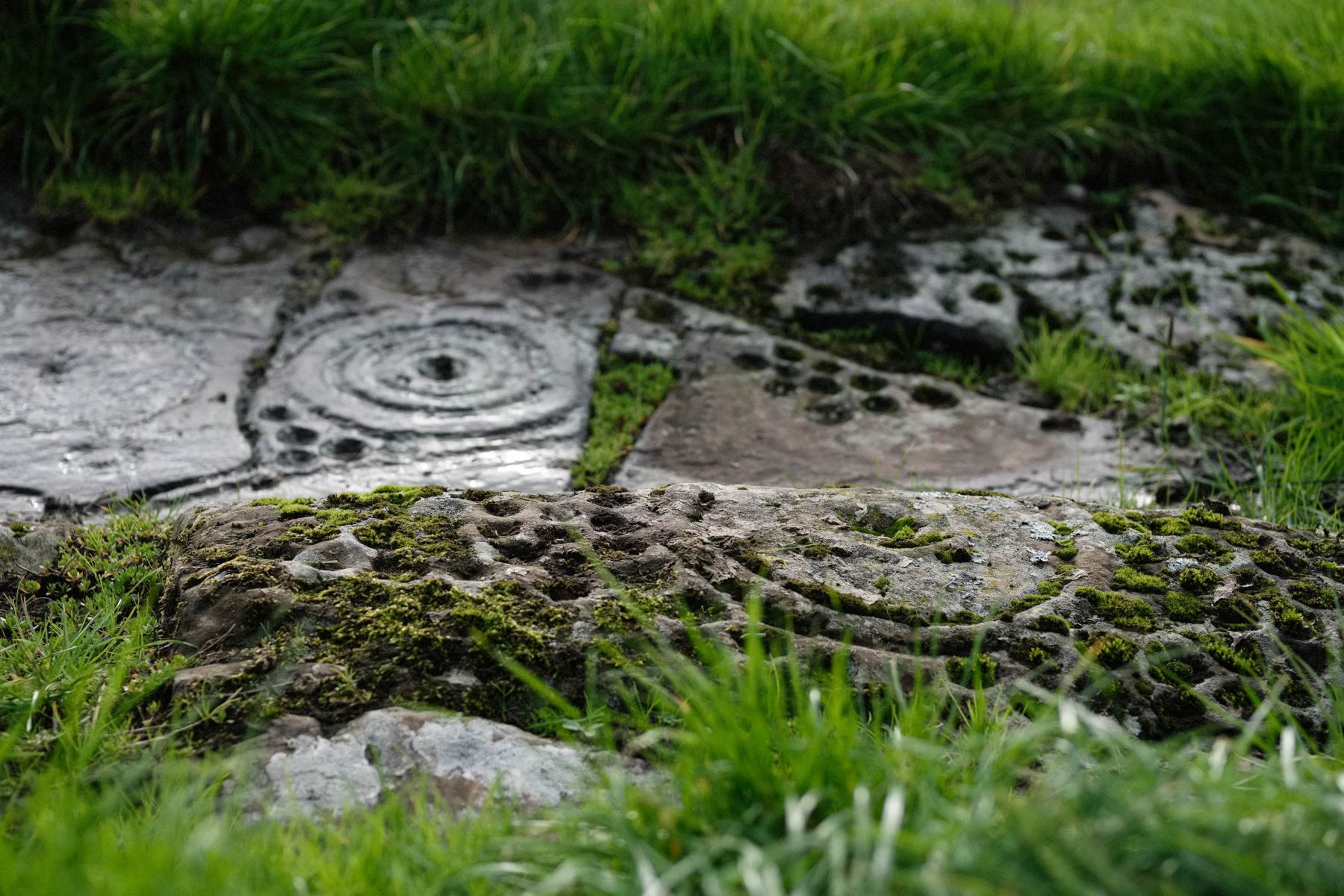 As an aside the area is absolutely dripping with archeological interest. These cup and ring marks are in the hills above Kirkcudbright; dating from somewhere between 3500bc and 1000bc ideas about their purpose are mostly conjecture.