It’s often interesting, I find, to revisit a bike after it’s been in use for a long time. Twelve years on, my DeSalvo titanium fixed wheel is the only dedicated road bike I have, and that is unlikely to ever change. At the time forking out for a custom titanium fixed wheel frame felt like quite a bold move, and in retrospect it was a very good one. Other road bikes have come and gone , mostly gone, yet my love affair with this machine continues to endure. Tens of thousands of miles later very little has changed – it acquired a Syntace Racelite bar and Thomson stem, and that’s pretty much it. It continues to make me very happy very time I sling a leg over it and I regularly enjoy good, long road outings with it. Some new pictures follow.

After introducing the project a while ago, and having put some decent miles on it since I took delivery of the frame I figured it was about time I wrote about it properly. I can’t write a review in the conventional sense because being a custom frame but I can ramble on about what I wanted and whether or not I got it… By the way, the photos below are in black and white.. mainly because I like black and white, everyone knows what colour titanium is anyway and it makes the dirt harder to spot… not to mention the weeds in the various locations I grabbed photos… 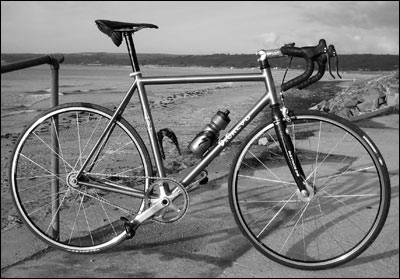 The basis for this frame had been forming in my mind for many months while cruising around Cornwall on various flavours of fixed gear machine. I couldn’t find exactly what I had in mind as an off-the-shelf frame so given that Mike DeSalvo already had my measurements from an earlier order for cyclo-cross frame it made sense to give him a call….and hand over a deposit. That was back in March ’08 right after I came home from Colombia. Fast forward five and half months (there’s a wait list..) to September and Mike’s first draft design arrived in my inbox. I’d asked for hidden mudguard eyes, no rear brake provision and a stiff frame for efficient climbing, and that’s what it looked like I’d get with some nice fat pipes. Mike’s solution for the rear mudguard eyes was to hide them inside the seatstays just above the dropouts, a small boss underneath the seatstay bridge and a boss in the rear of the seat-tube. Perfect. We went through a couple of iterations of the design, mainly cos I was mucking about the degree of top tube slope and the head-tube length… nothing to do with geometry, I’m just have a peculiarly fussy eye when it comes to making a bike look ‘right’.. 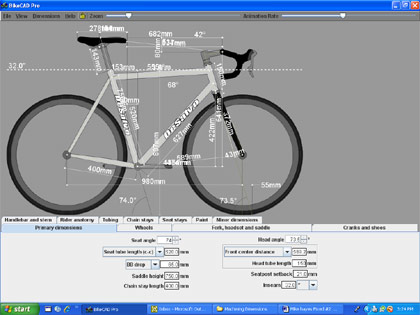 The frame finally arrived in November looking really super; Mike won an award for his workmanship at last year’s National Handbuilt Bicycle Show in Oregon.. well deserved I think. In the box with it I also had a Chris King Headset, Reynolds Ouzo Pro fork, and a Thomson Elite seatpost (30.9mm dia) unexpectedly thrown in. Buried in all the packing material I also found a rather chunky stone-ware pint-mug with Mike’s logo on… bonus. 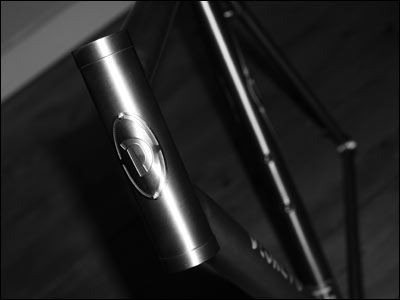 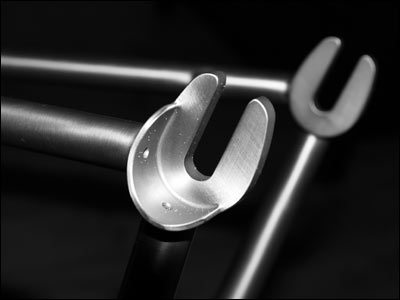 The important bit then.. did I get what I wanted… yep is the short answer. The frame has turned out to be very stiff laterally which makes it great for dancing up Cornwall’s steep hills yet it still manages to retain the classic ‘titanium spring’. The stiffness of the frame and the quick handling make for a very engaging ride, it feels like my Condor Pista EOM in terms of handling but rides ‘lighter’ if that makes sense. It really is the nicest bike to ride. As you’d expect for a custom geometry the fit is spot on, not much else I can say about that really. The look of the thing is perfect, a blend of classic round pipes with just a slight style ‘edge’ from the slightly sloping top tube. The hidden fender eyes make for super clean lines and I’m reluctant to spoil them by actually fitting guards come winter… 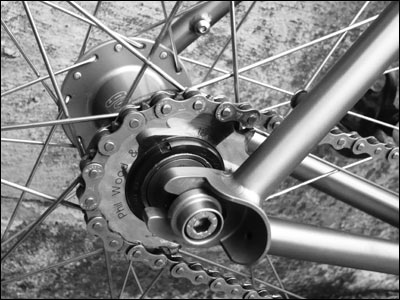 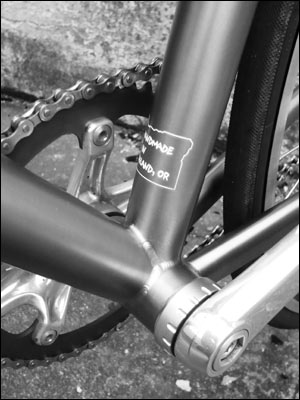 A few words about the build… the chainline on the Goldtec hubs is quite outboard compared to most track hubs so I have a 2mm spacer behind the drive side BB cup to get a decent chainline. The Truvativ BB comes with spacers anyway so it all works fine. The Omnium chainset is great,  it was the only track chainset on the market to use external bearings (FSA I think have one now too) and the chainring is a massive 5mm thick… that combined with oversize axle, outboard bearings and super-chunky crank arms makes for a super-stiff unit. Combined with the stiff frame the whole package makes for a very good uphill bike, very little energy wasted when pumping the fixed gear up Cornwall’s gradients…

So there you have it, if you’ve got half a mind to have something a bit different you could do  lot worse than point your mouse to http://www.desalvocycles.com and if you tell Mike I sent you it won’t make the slightest bit of difference and you won’t get a discount (but I might on the next one, who knows… ) 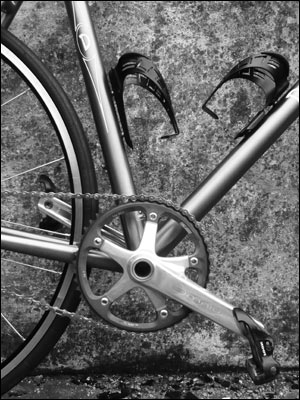 It was about time my DeSalvo fix rolled on a set of hoops to match the pedigree of the frame… the Goldtec/Open Pro wheels were fine but have been around a bit with more than 20,000km on them and they weren’t very shiny. 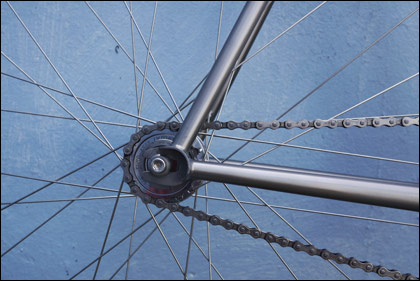 Now however the bike is rolling on some very shiny Phil Wood high flange track hubs built onto classy Ambrosio Excellence rims. These are actually the wheels off my Ganwell Pro which is now for sale. While I’m on the topic of Phil bits.. with reference to my last, and admittedly rather dull post where I wore out a Phil sprocket primarily because I forgot to check the chain for wear … the nice folk at Phil Wood got in touch to say “oh it should have lasted longer than that..” and despite me being slack with regard to replacing chains are sending me a new one… how nice of them ! :-) 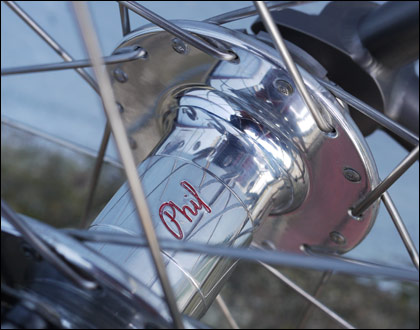 Very much a super bunch of folk making some top notch gear over there. I did ask for a nice and shiny track crank in a 172.5mm or 175mm length while I was at it… sadly such a thing is not on the cards, at least not yet, but apparently we can expect some interesting new stuff come the fall..  Interestingly a Miche sprocket won’t work with a Phil lockring – too slim to retain the sprocket on it’s carrier.. and as none of my other spare lock-rings would fit I had to delve into the shiny things box for a very shiny 17T EAI Superstar sprocket.. I normally reserve these for TT use, and the 17T only for hilly races.. but then they’re beautifully made and polished so what’s the point in having them if you don’t use them. 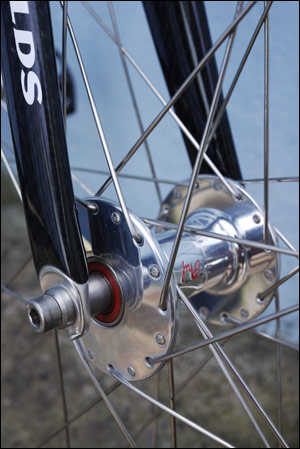 As for checking my chain, with my geared bikes I keep a close eye on wear but you know how it is with a fixed.. they just go on and on and on without any attention until one day you suddenly realise it’s all worn out. Lesson learned, I’ll be paying a little more attention now.