well it is a lovely spot for sure but overrun with tourists… particularly those of a herd mentality… you know – tour groups and cruise ships… I watched an enormous ship come in this morning and begin disgorging boatloads of wrinkled & chunky Americans, weighed down with equally chunky gold.. appropriately the ship was called Costa Fortuna… and I bet it does too :-) 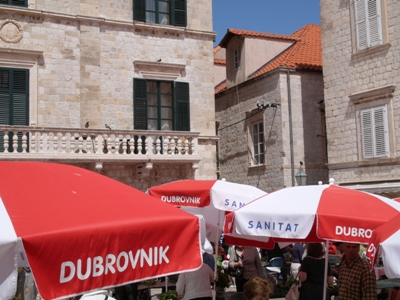 Happily I am staying at a groovy little hostel about 30 minutes walk from the old town, just up from a rather soporific (think coffee shops with outdoor sofas….) boulevard leading to the beach… I was up early this morning to be in the old part of town for 7am… hoping for some nice early sun… but it was cloudy. All the same the peace of an early Sunday morning amongst the ancient stonework, watching hundreds of swifts soaring above the seaward city walls was worth getting up early for. As for the rest of the day… I think I shall retire to the beach and do some planning for the next few days on my bike. I brought the Michelin map of Croatia and Bosnia with me, scale of 1:750,000 I think, but found a much better roadmap locally – 1:200,000 scale by Freytag & Berndt – it shows all the tiny backroads much more clearly. I have been thinking about my route to Mostar, there looked to be rather an interesting little road across the mountains starting east of here, a little way towards Montenegro… I asked my host what he thought and he said “no no you cannot go that way, bad people, they will shoot you… better you go the main road towards Ploče…“. Somehow I think he may be exaggerating slightly… local knowledge is always useful but based on experience in places like this with the remnants of ethnic tensions or simple local prejudices it probably needs to be taken with a pinch bucket of salt… Still, I can understand completely with the conflict being such a recent memory. 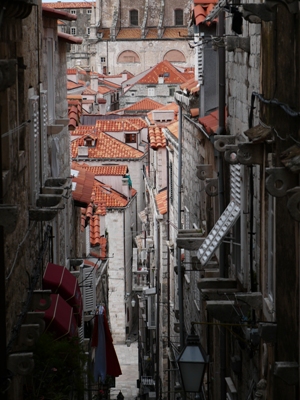 I sometimes think I must be one of the laziest cycle-tourists around… 2 days doing bugger all in Dubrovnik… I had an attack of conscience this morning when, kicking back with a coffee, a German couple rode by on rohloff-equipped machines, laden down with everything bar the kitchen sink I think… they had more gear each than I managed with camping my way across the Himalayas… the impressive thing for me was the child trailer behind the guy… complete with toddler. Now that must really hurt in the mountains, lol! Talking of being impressed, I met a bunch of Finns on Friday night… now I always knew that Finland was mostly famous for just two things… mobile phones and the ability of the locals to consume large quantities of alcohol… but to have that expertise demonstrated first hand (the drinking kind) was quite humbling. I gave up… 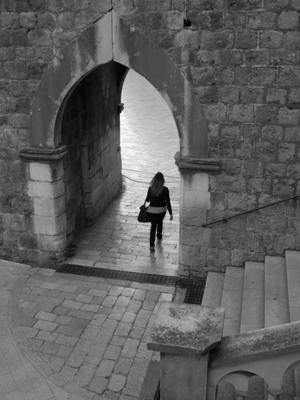 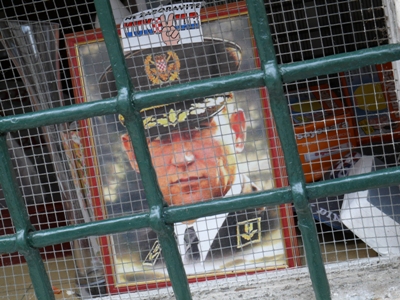 Update: OK, it is evening now… and restlessness got the better of me, this afternoon I made the very pleasant 50km round trip east to the improbably pretty little town of Cavtat… the old part is rather picturesque (the hotels are round the headland out of sight )… little out of place there tho on my bike amongst the multi-million dollar superyachts moored up in front of the church… somehow I doubt they were there just for mass.. even though it is sunday.  Was great to give my legs a warm-up after a few days of idleness. Off to Mostar in the morning. 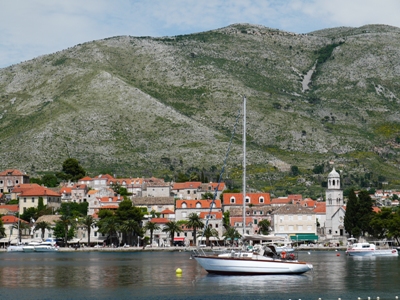 One thought on “Dubrovnik”