Do you remember as a kid you had, or might have had, those sticky rubber creepy crawlies you could fling at a window and watch them slowly creep their way down… this post is kind of one of those, entirely pointless with the exception that  the rubber toy is just a bunch of photos and the window is the internet. They might stick and work as some sort of mini-adventure inspiration… or they might end up unloved in a fluff-covered heap somewhere on the floor.

It would seem that for once I did something sensible in hitting the abort button in Peru. I’ve received appropriate medical attention, and while it could take a year or two to settle down apparently, had I not got proper help the likelihood of permanent damage turns out to have been quite high. Happily I can still ride a bike, albeit maybe slightly more slowly than normal.. not that you’d notice…, and I should probably avoid altitude for a little bit. So we’ll see but definitely not planning on hanging up my touring wheels just yet. 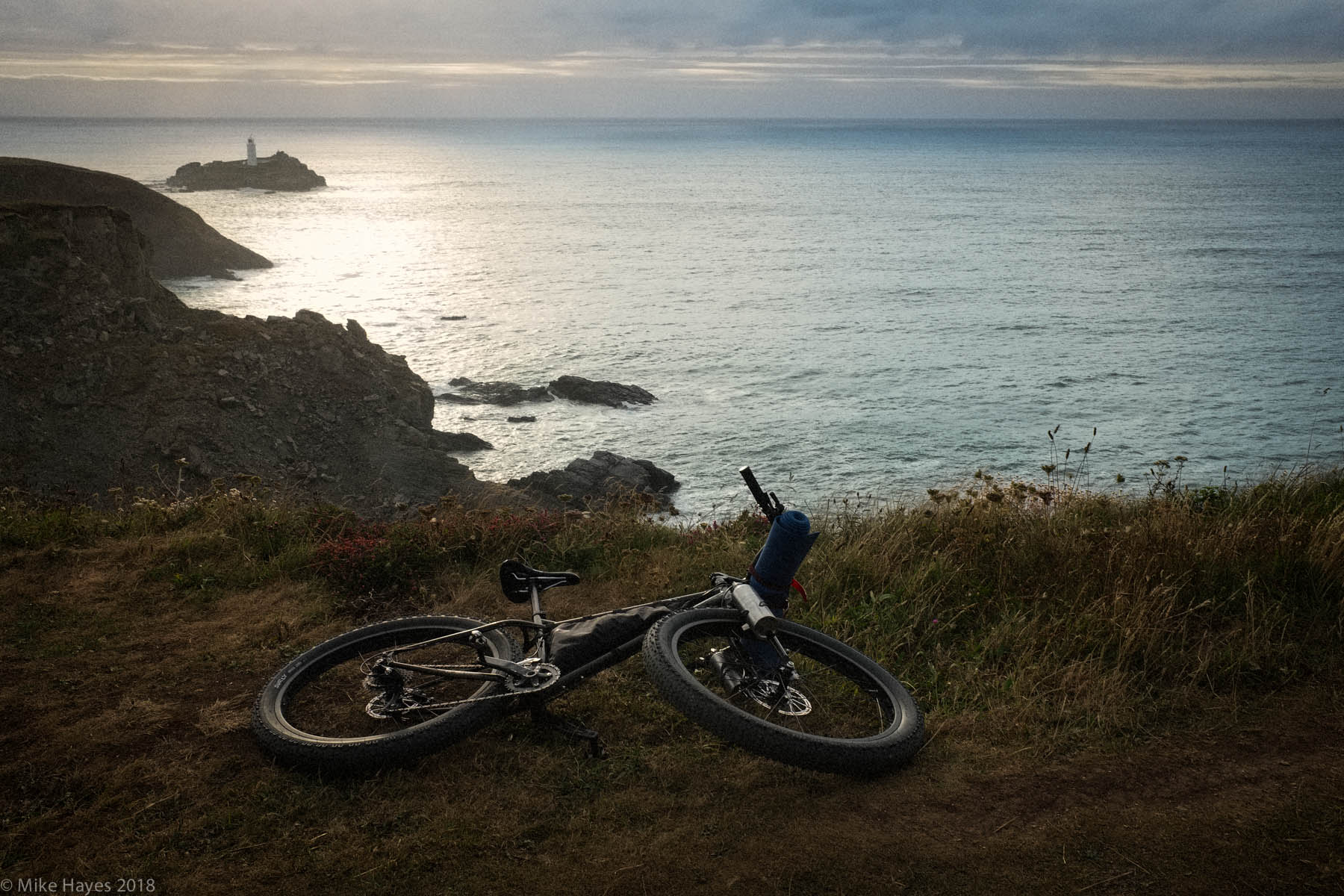 There is a drop-in yoga class on the beach at Gwithian a couple of times a week. It is run by the friend of a friend and is rather excellent, even more so when book-ended by a few miles of coastal singletrack to/from. Riding home with buggered legs after a good session can be a slow business. I’m finding it a super complement to riding, kayaking, and other activities, and a great way to end a Wednesday.. or start a Saturday. Highly recommended. 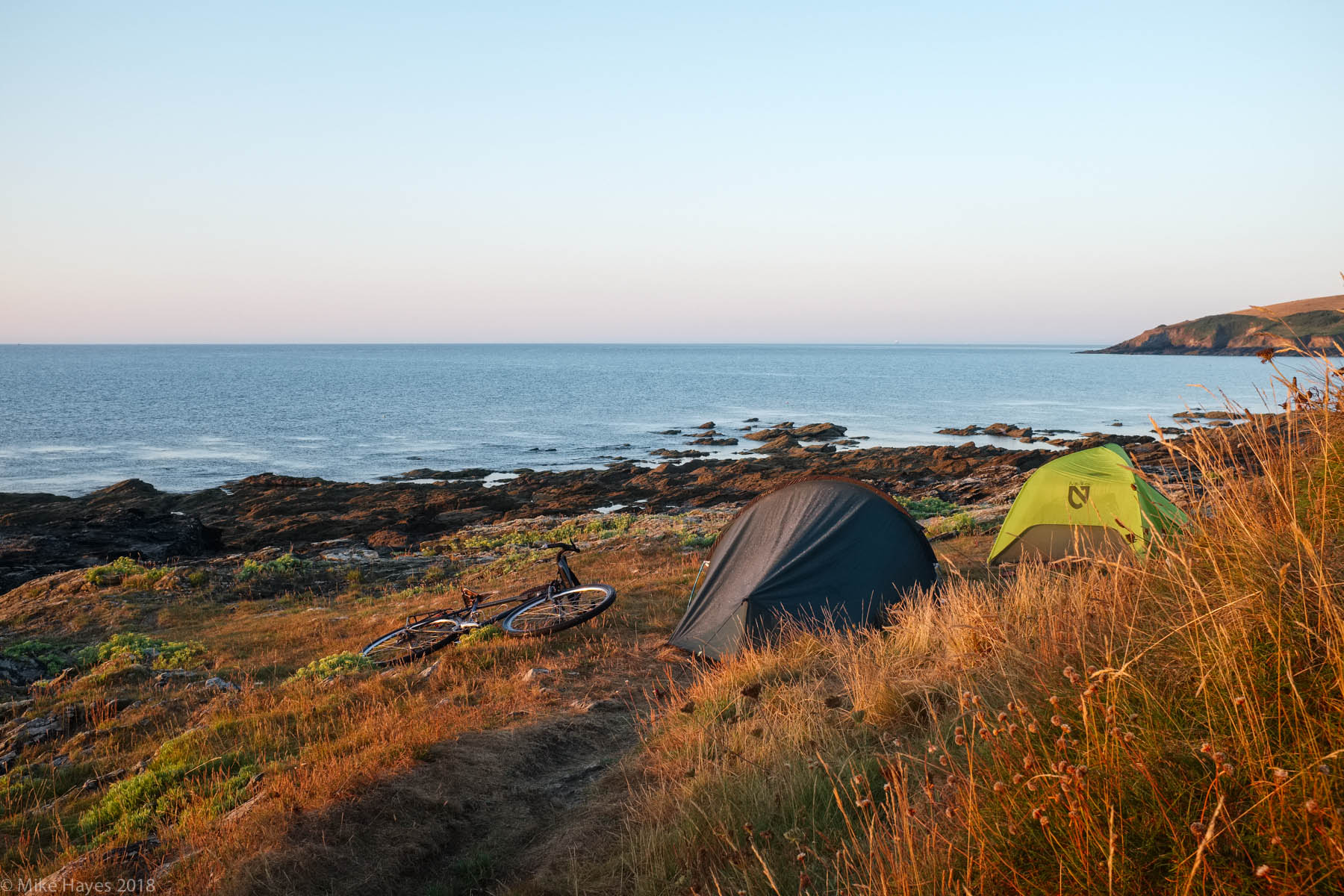 Caught the end of the recently fabulous weather for a weekend away at home. Cornwall is bursting at the seams with an excess of tourists at the moment but with a little imagination it is still entirely possible to escape the queues of enormous 4x4s and crowded beaches … people tend to flock to the honeypot places popularised by social media, with many metaphorically shitting all over them in the process with dumped garbage and selfish parking, completely forgetting, happily, the rest of the county. It’s not hard to ‘leave no trace’ but it is a concept that seems utterly alien to so many. 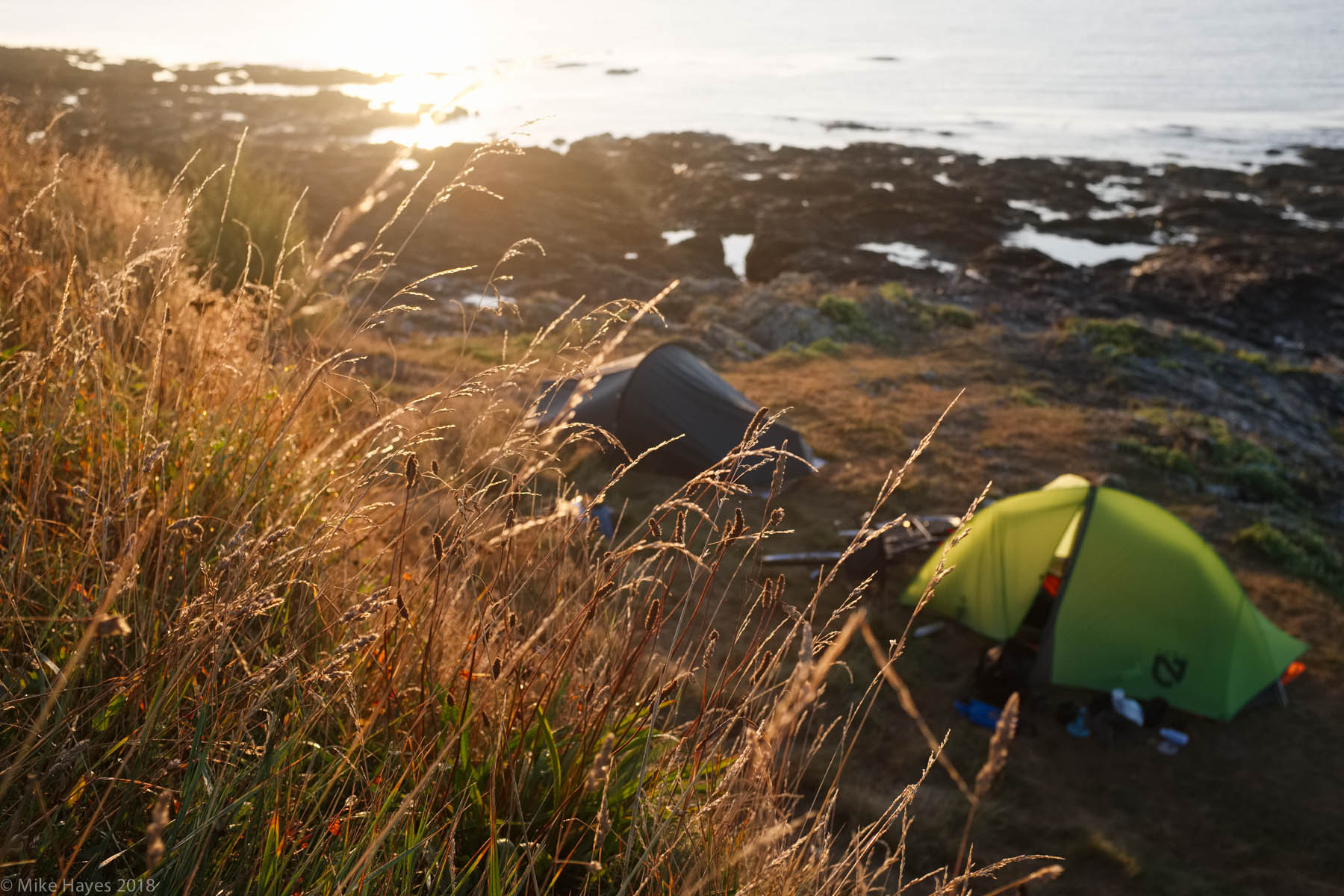 The sea is relatively warm at present, an early morning swim off the rocks sans-wetsuit a rare pleasure ..especially if considered in the context of a normal summer… 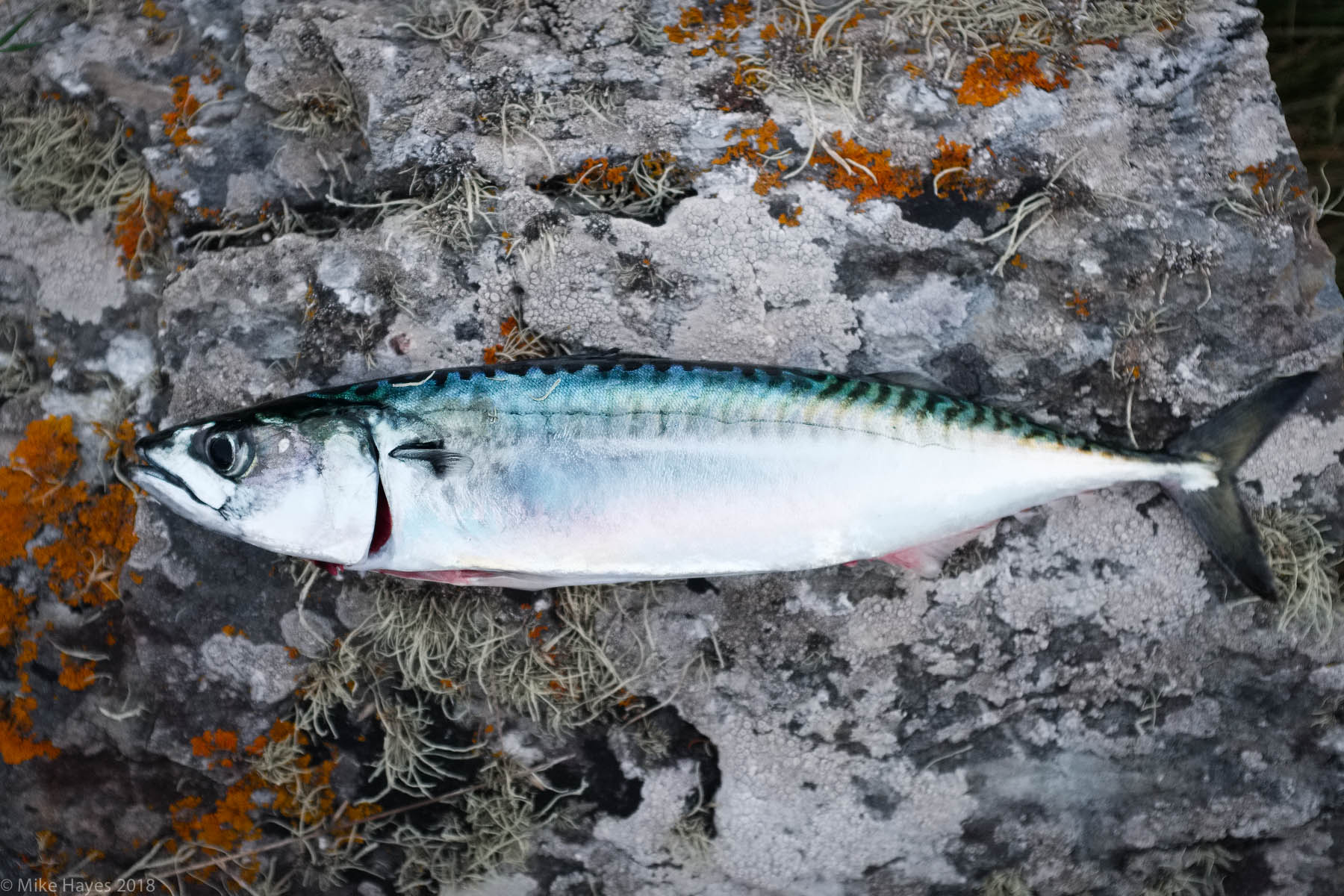 Spinning off the rocks for dinner produced this chunky mackerel… but only this one. Enough for a starter, happily I had also brought beans. 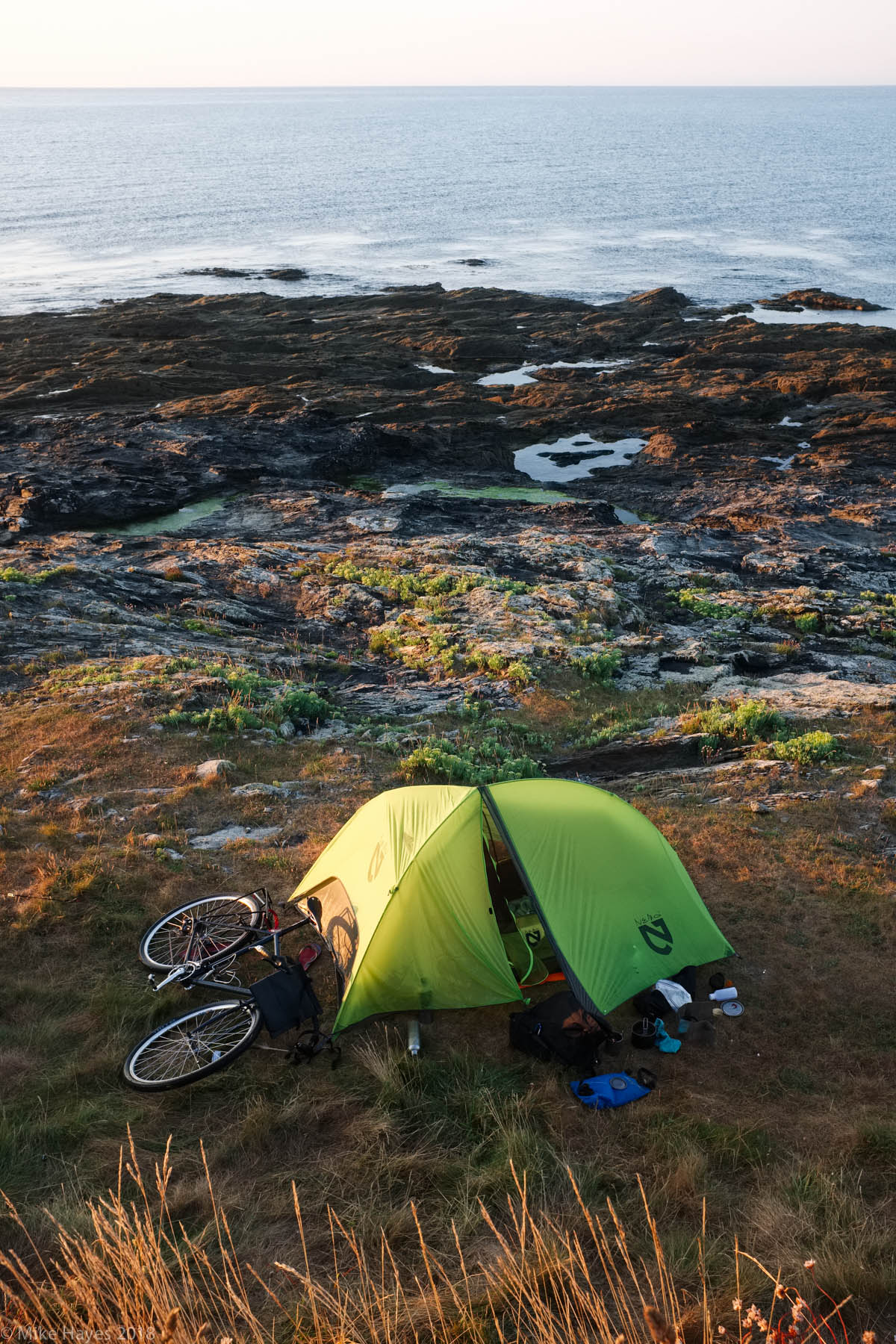 I bought this Nemo ultralight tent earlier this year to replace a worn out tent. It was to be used in the Andes.. as such this was only it’s 4th time out and disappointingly the zip on the fly broke. I’ve been able to fix it with my sewing machine but it could have been a bigger deal if it had happened while away. I may now keep it for less severe trips and look for something more robust, albeit heavier, for future mountain journeys. Other than the durability concerns I’ve been very happy with it, it’s very livable.