OK, so what is Bogotá like then…. umm, it’s OK. Feels very European in fact, not particularly attractive apart from the Candelaria district which is the old colonial (and colourful) heart of the city, and is also where I’m staying. It is an interesting warren of narrow cobbled streets and some of the old colonial buildings really are beautiful. I guess if you really want to understand the place then you’ll have to visit, or read a guidebook perhaps, but the thing I am most enjoying right now is food, lots of it and all of it very good. Had some terrific pizza (yeh, I know… gourmet) last night at a place callad Andana Ma Non Tropo… they bake fantastic bread there too and to be able to have hot bread dipped in olive oil and balsamic after so many weeks of crap bread (El Maco excepted) was heaven.

Cycling in the city is fine, the air quality isn’t that good but even on a busy weekday morning (this morning in fact) provided one behaves as badly as everyone else then it is no problem, and is actually quite fun. Certainly not much worse than New York or Montreal and a lot better than Delhi or Quito. Navigation is easy too provided you know where you are with respect to the main arterial routes. There are some decent bikepaths in the northern part of the city too though somehow they never seem to point where you want to go….!

Anyway, enough of my ramblings, I am off to buy some normal clothes to wear.. in the meantime here are a couple of pics from La Candelaria. Apols for the lack of sun, the climate up here has been somewhat ‘damp’ recently… 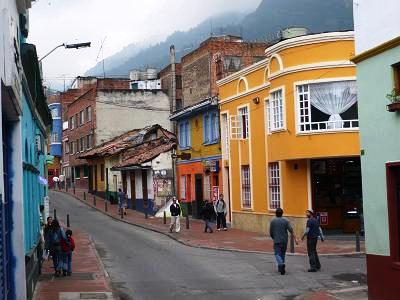 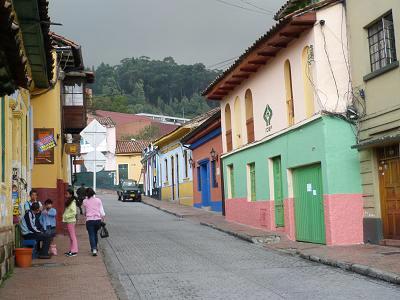 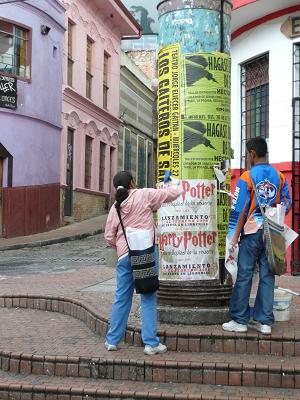 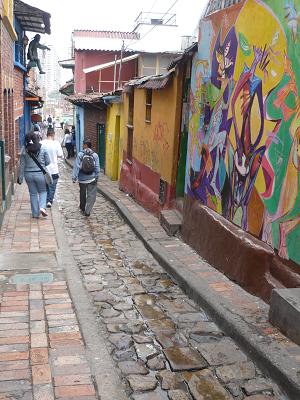 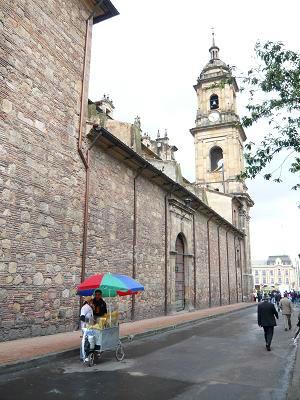 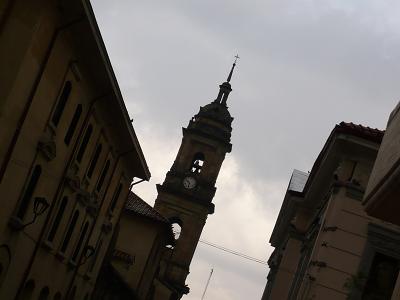 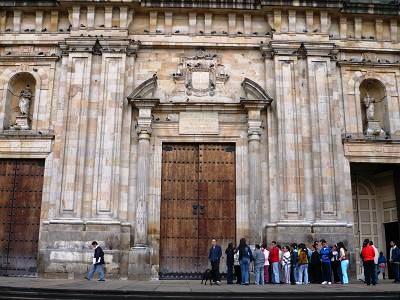 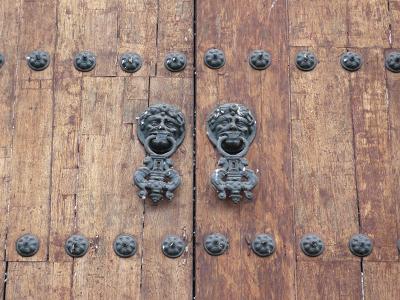 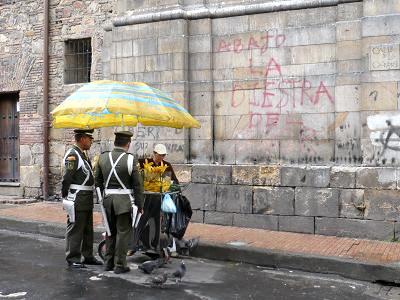 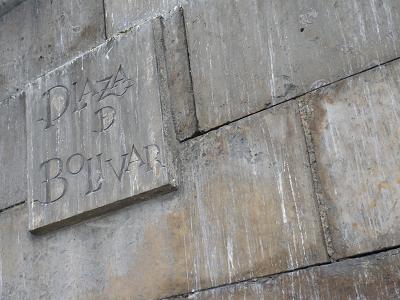 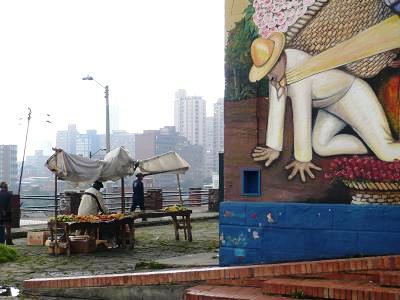 p.p.s by way of an excuse… the above pics are snapshots, I’ll put up a gallery of my film-based images when I get home :o)

p.p.s. I wasn’t going to say anything lest I appear a snob (hehe!) but sadly (as I found out on my arrival) there are one or two guesthouses in Bogotá populated by the type of ‘backpacker’ to whom travel means nights drinking and doing drugs followed by days watching TV, moaning there is nothing to do and drinking while talking about, and I quote, “drugs and whores”… Avoid at all costs if you value a nights sleep and are interested in where you are…