hmmm, my Turkish is not yet good enough but google says roughly translated that could mean ‘bus make it all better’.. my Turkish is improving but being such a very different language stuff doesn’t stick very well… anyway, back to the otobüs. The last straw I suppose was the day and half ride from Assos to Ayvalik.. 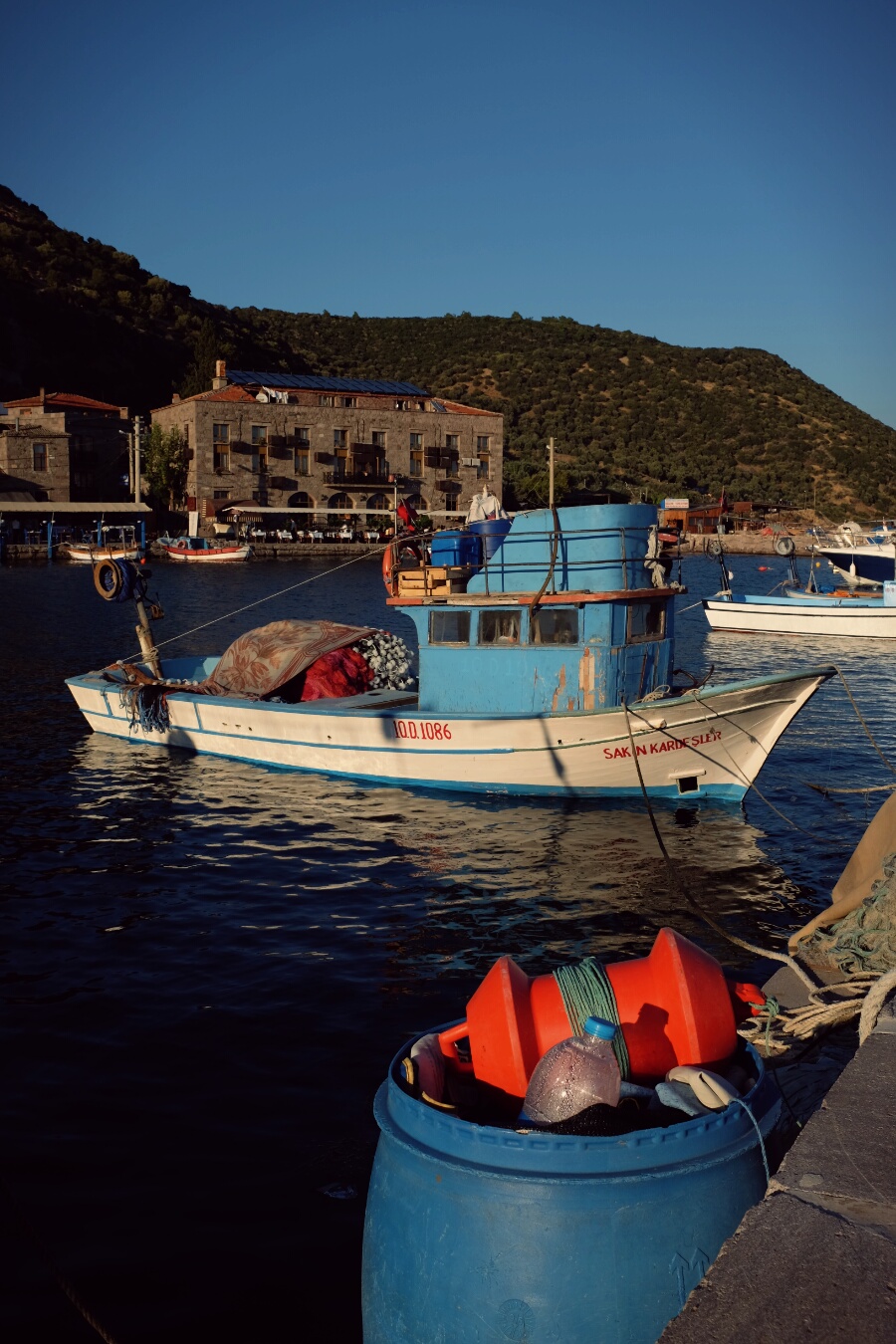 Assos .. again, such a lovely spot 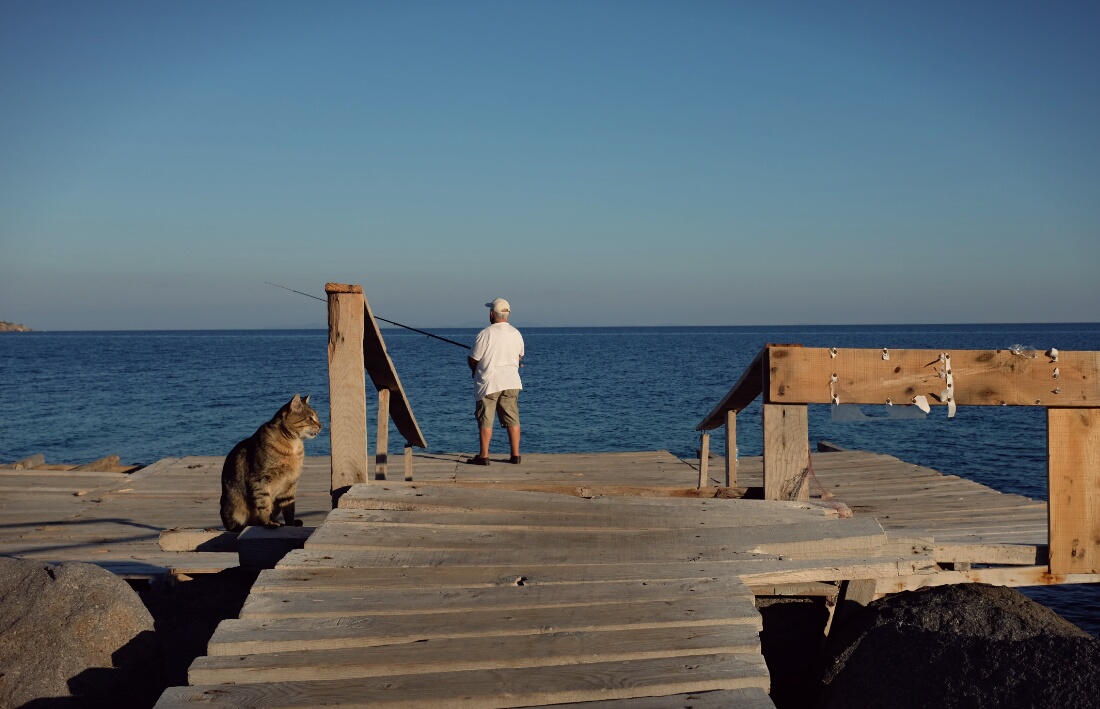 the cat was waiting for his dinner.. waiting a long time

It started off well, a tiny coastal road, quiet and pretty right above the water for the first 30km or so… and then unavoidably back to the highway and 60km of concrete mess before I was able to get off it again and find a quiet spot behind the beach to camp with a fabulous sunset across the bay… and next morning managed a few km of quiet road before, inevitably, highway, concrete, scruffy shite again… on the map the bay of Edremit looks like it should be lovely with a string of villages but the reality is rather different… seems odd that  cycling folk in Istanbul recommended it… No regrets however, there have been some really good bits but now it is time to move on… 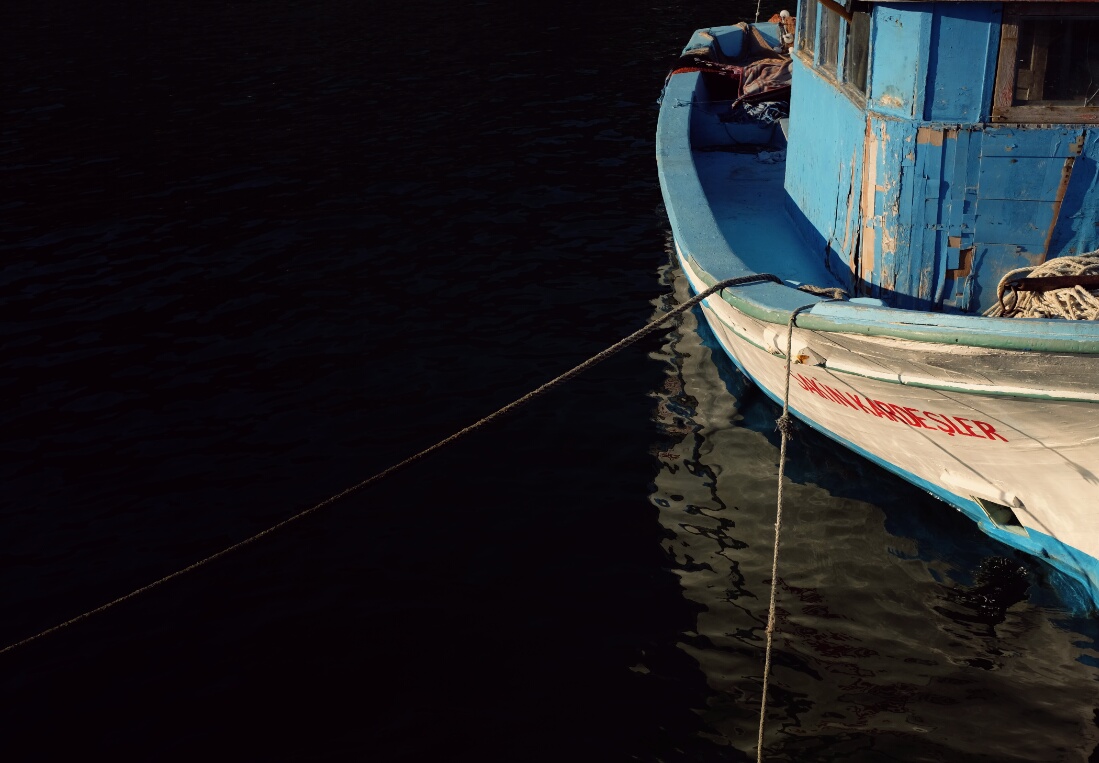 I would say riding this coast is rather like ordering coffee here.. sometimes you are served a proper, rich and aromatic Turkish brew, but often all they do is dump some Nescafe in a very small cup… So, when I reached Ayvalik, which is a lovely old Greek town, given that time is short I decided to call it quits with the coast and get a bus somewhere… I suppose the coast is OK, it does have a few gems, and it has been pointed out that I have been spoiled by riding in the Andes and Himalaya in particular, not to mention a significantly sized raft of other countries.. so, given this is holiday rather than expedition I slung my bike on a bus to get past the vast, smoggy, sprawling mess that is Izmir (Turkey’s 2nd largest city). It looked like a miserable way to spend a day on a bike.

So as I write I am in Selçuk so I can visit Ephesus and then point my wheels northeast into Central Anatolia and hopefully find some wild and empty places to satisfy my soul :-) I expect the coffee will be better too…. 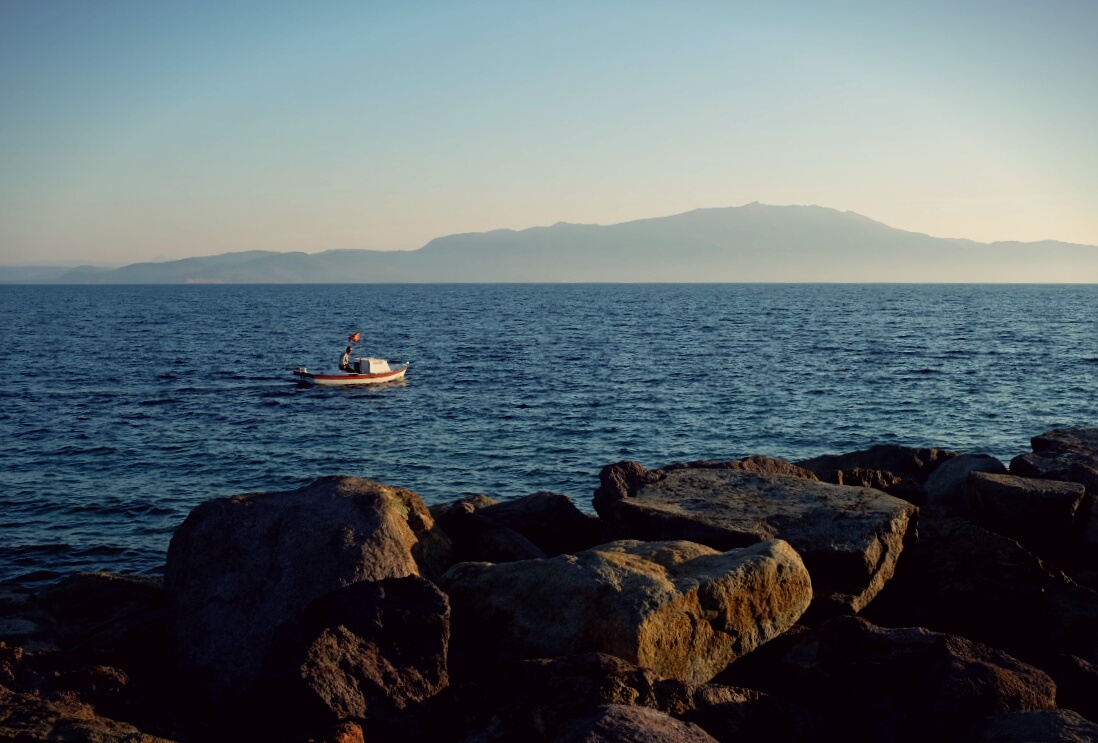 heading out for a night of fishing

So Ephesus tomorrow, in the meantime some pictures.. and then I have a birthday party to go to apparently.. so much for an early night… oh wait, I can’t go yet… I received a request from a tractor nerd to better document the tractors I see… ;-) Old tractors are cool it is true so for the Massey Ferguson fans the most common in order of increasing age are the 240s, 135 and the diminutive 35. There. Oh, and there is a new brand of Turkish tractor with the rather amusing/unfortunate* name of Erkunt, which if that is not a reason in itself to import one for driving to Tesco then I do not know what is… 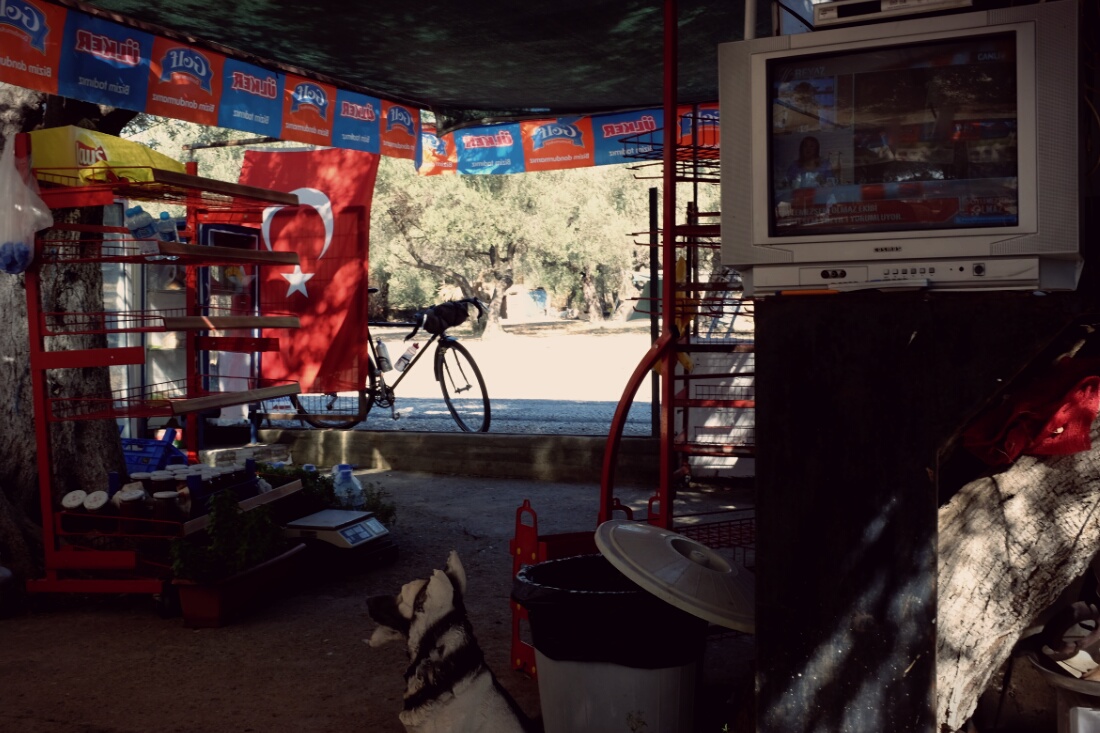 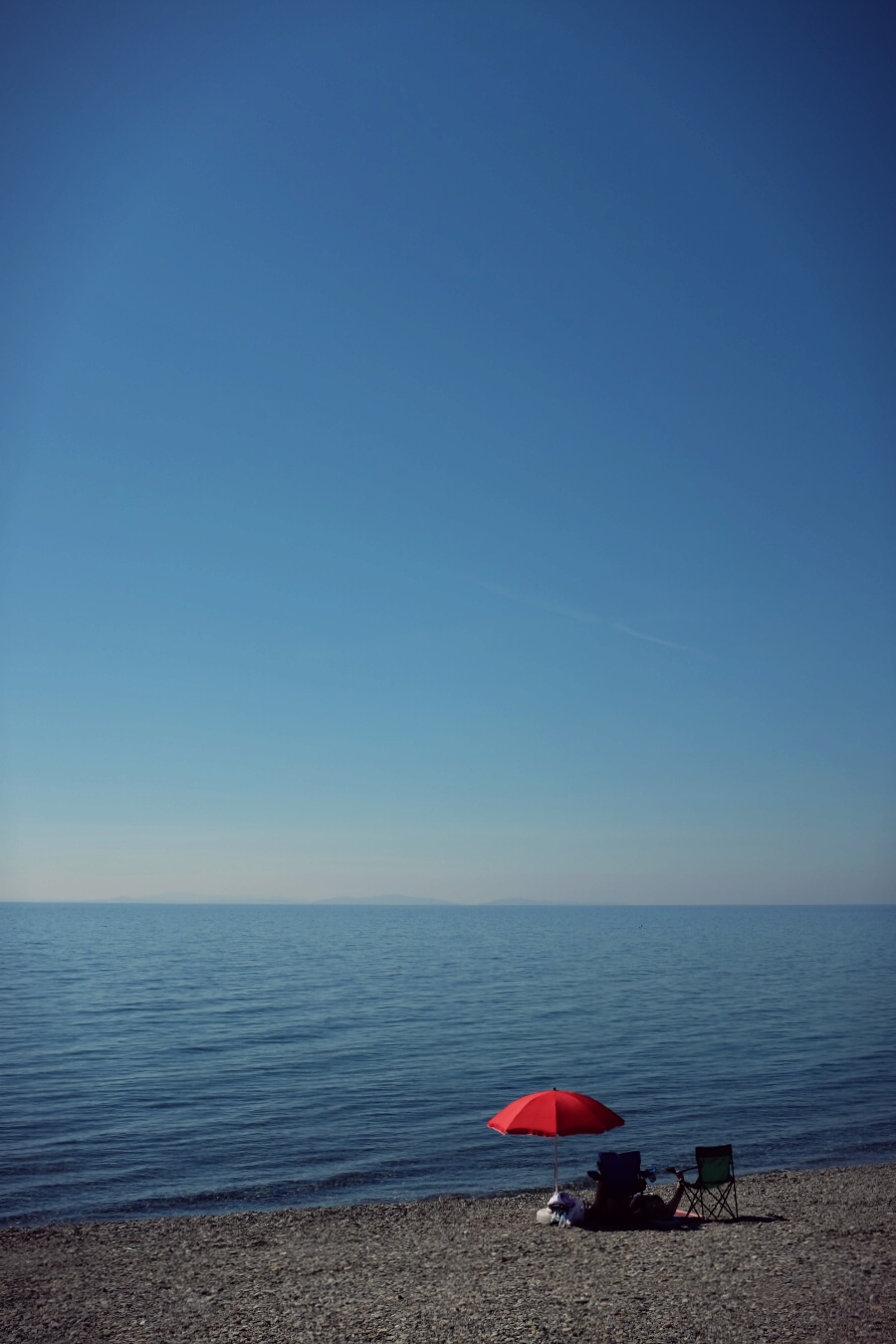 there are one or two tourists still around.. but it really is just one or two. what thee pic doesn’t show is the 4 lane highway and sea of pink concrete behind me 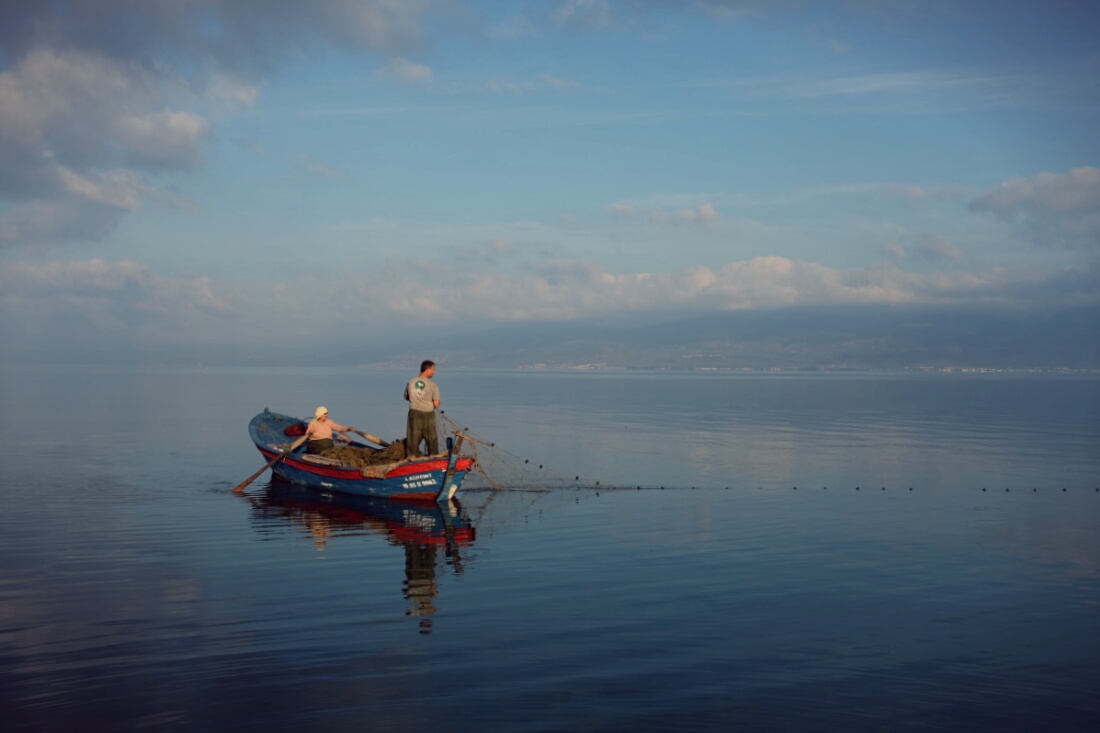 just after sunrise from in front of my tent near Oren :-) 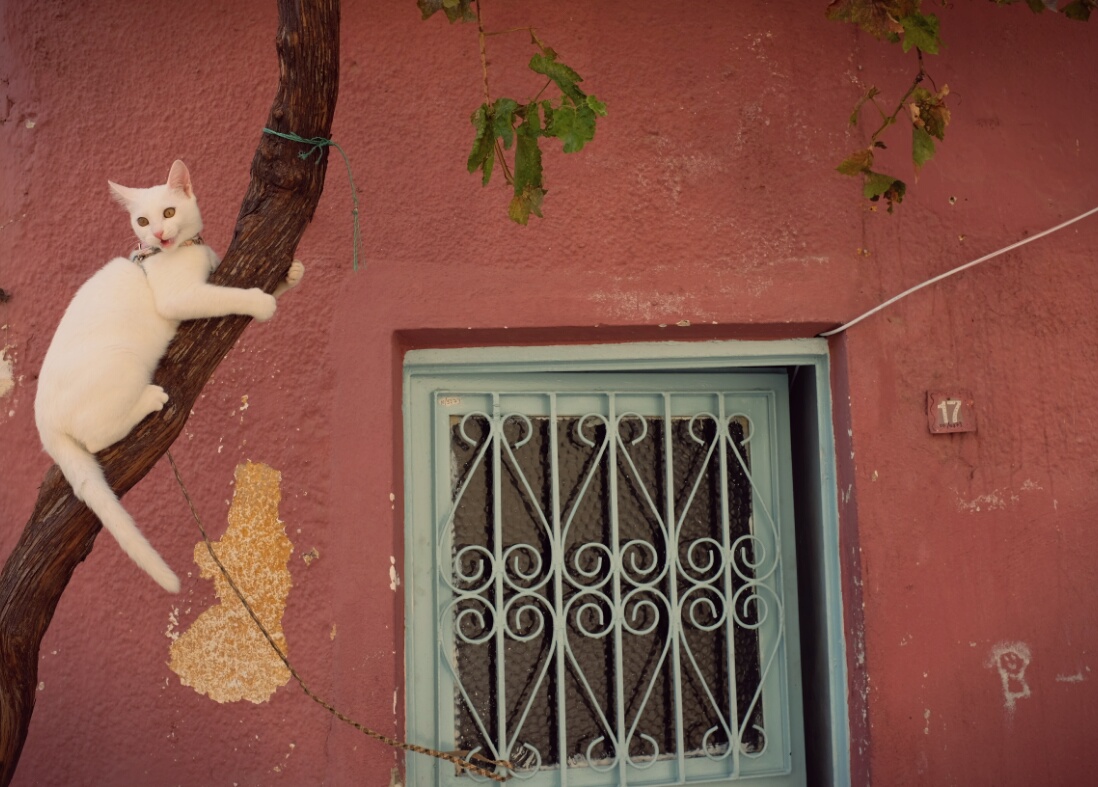 Ayvalik.. the only thing Turkey has in greater density than tractors is cats… they are everywhere, and are all to ready to  pee on one’s tent should one’s back be turned…. 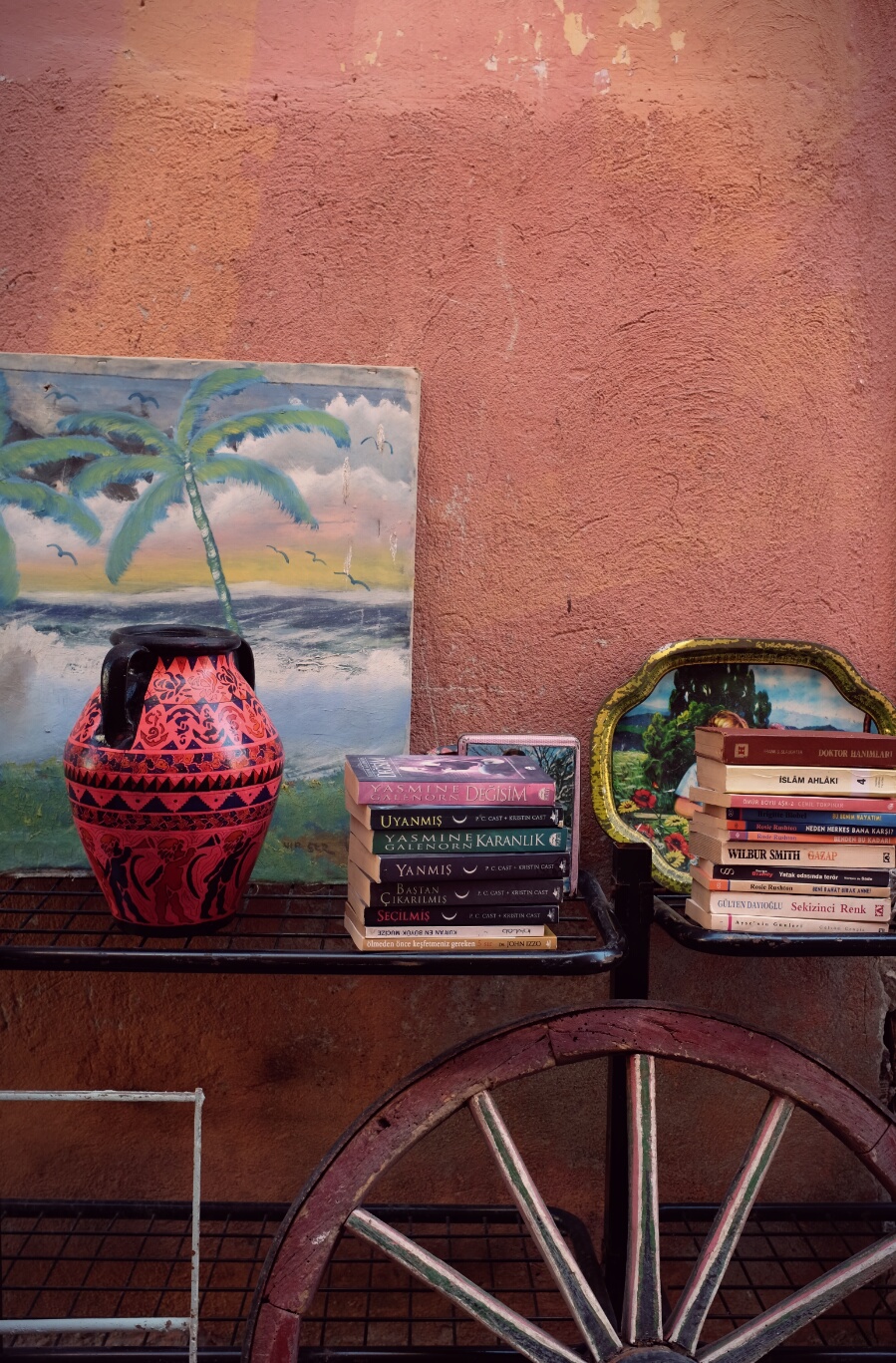 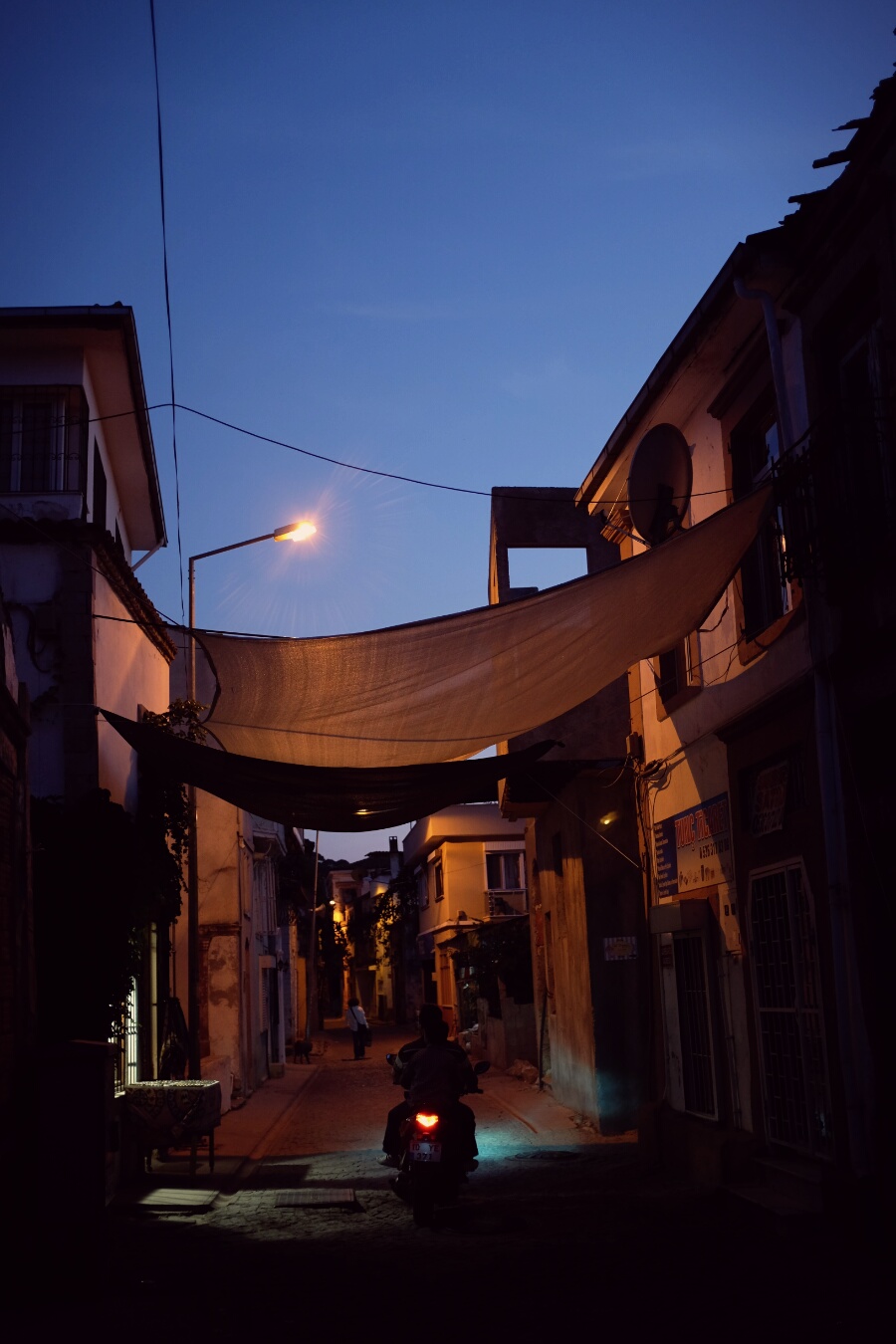 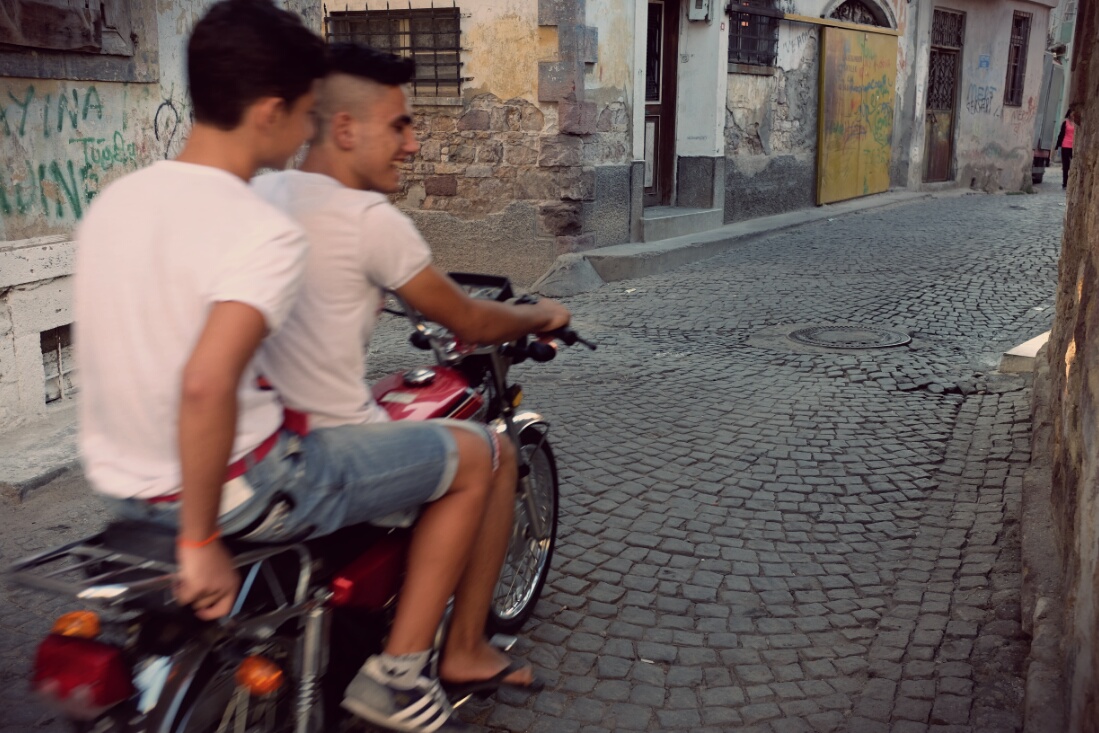 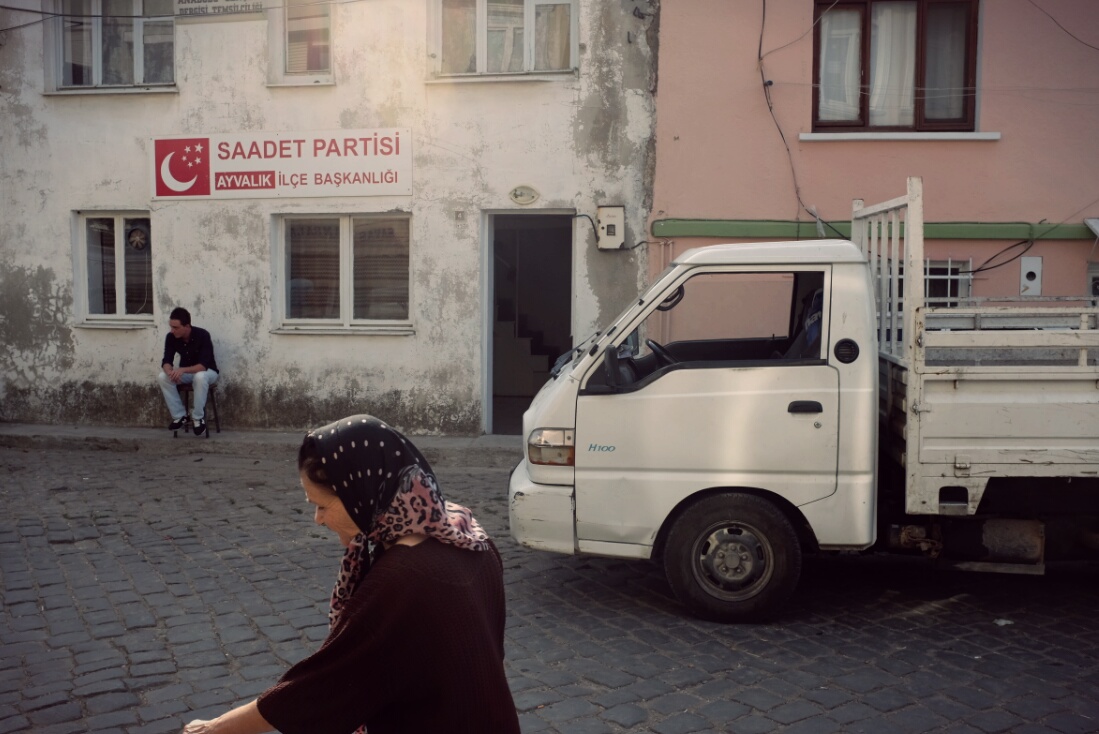 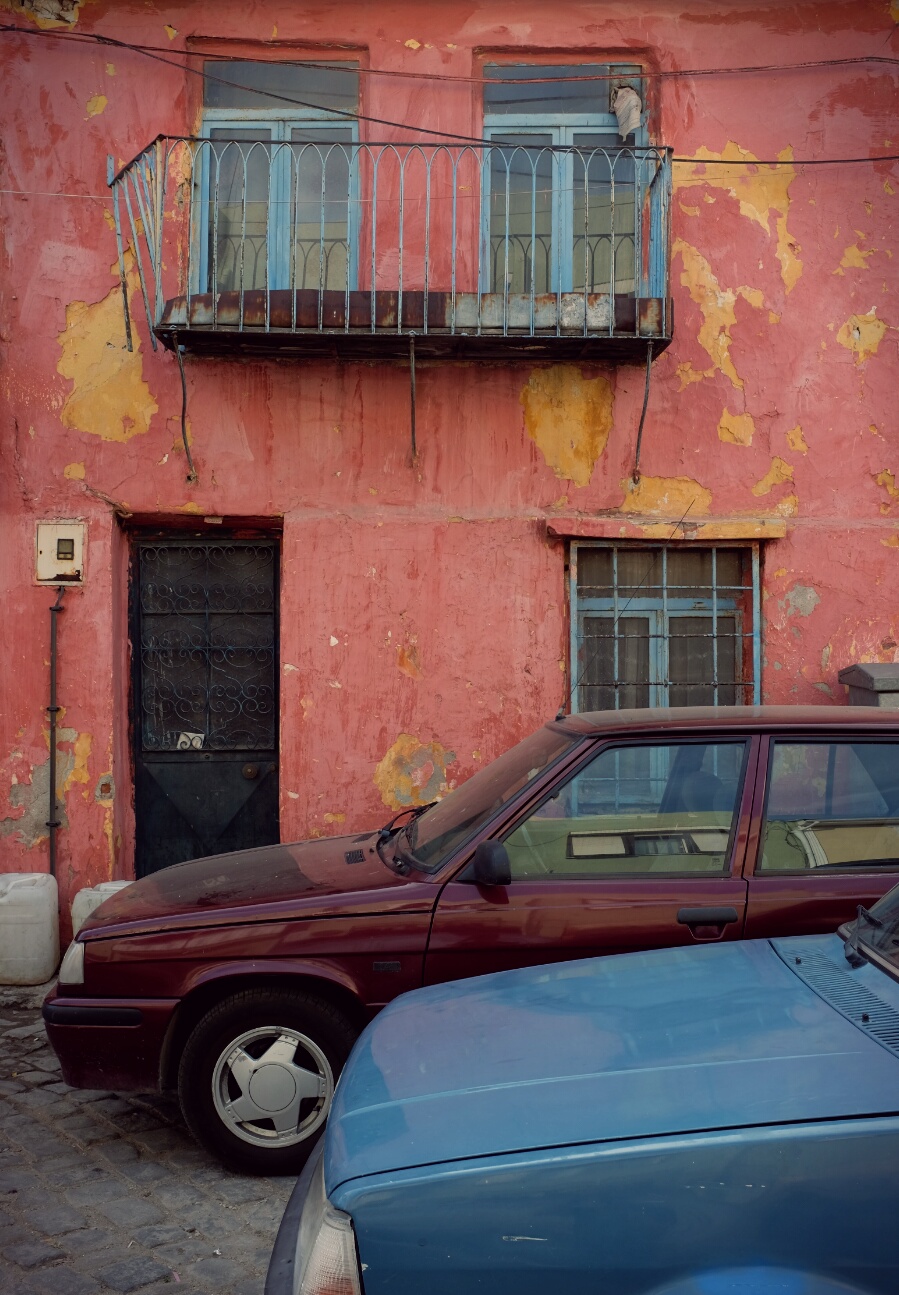 Ayvalik has a lovely… ‘patina’ 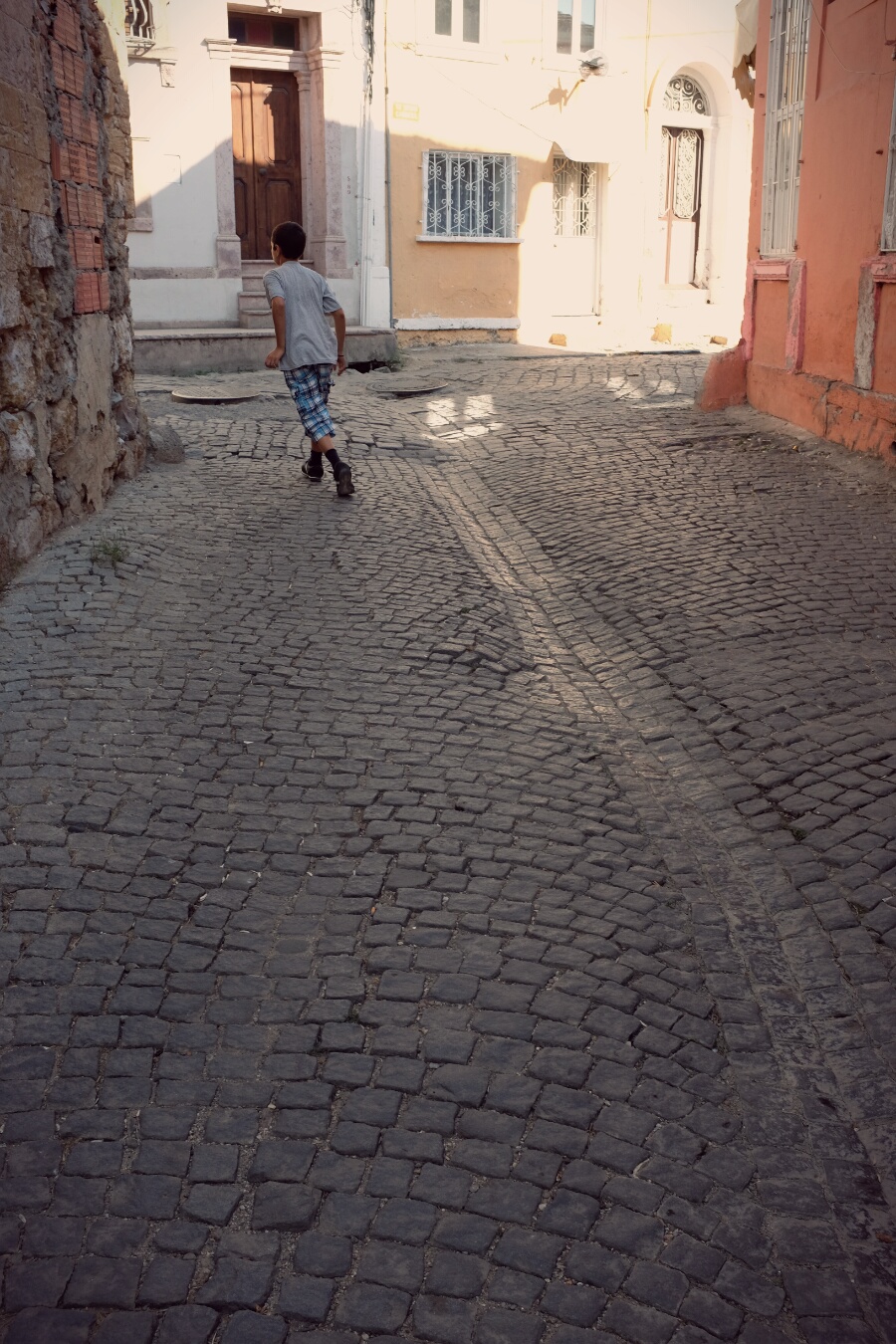 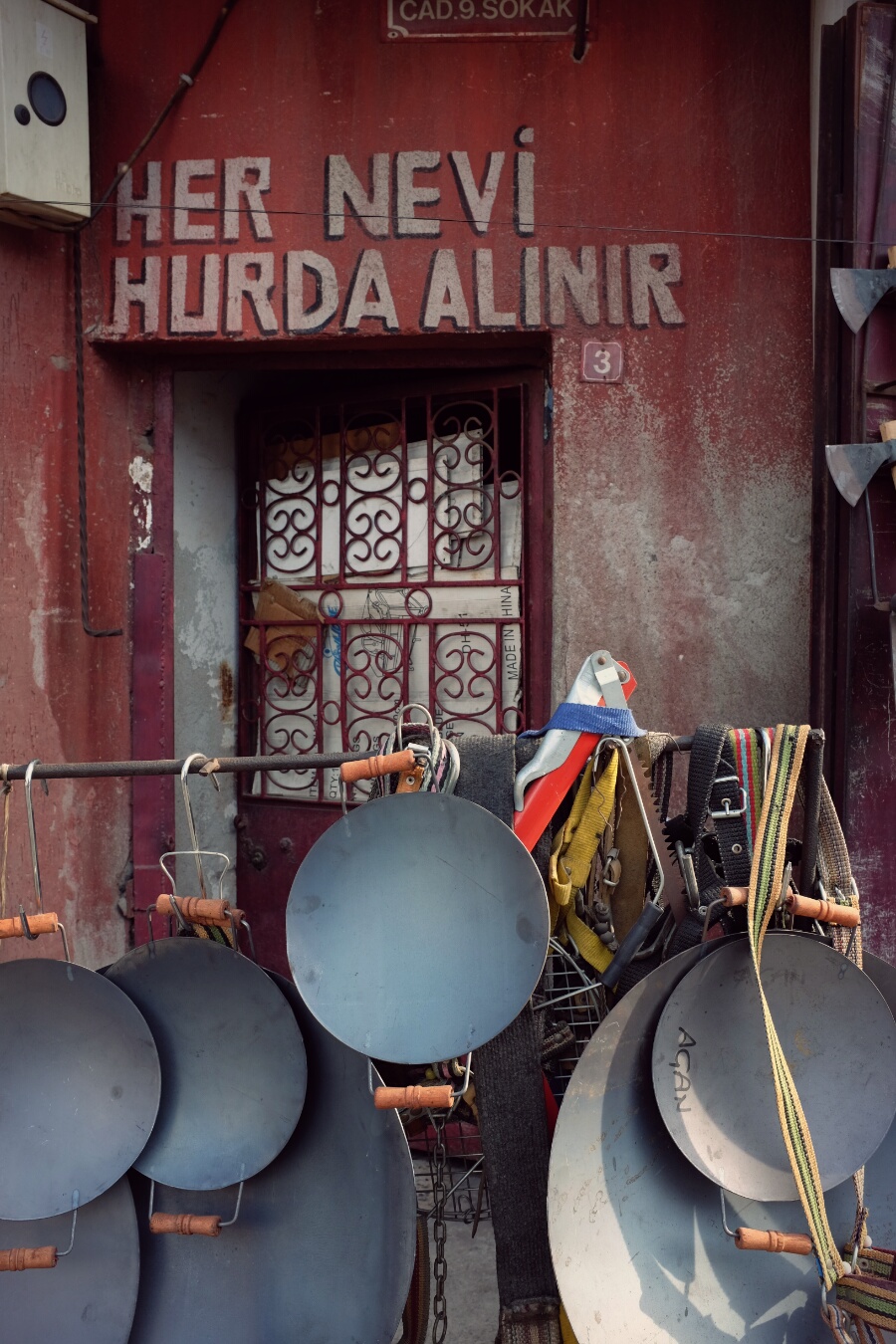 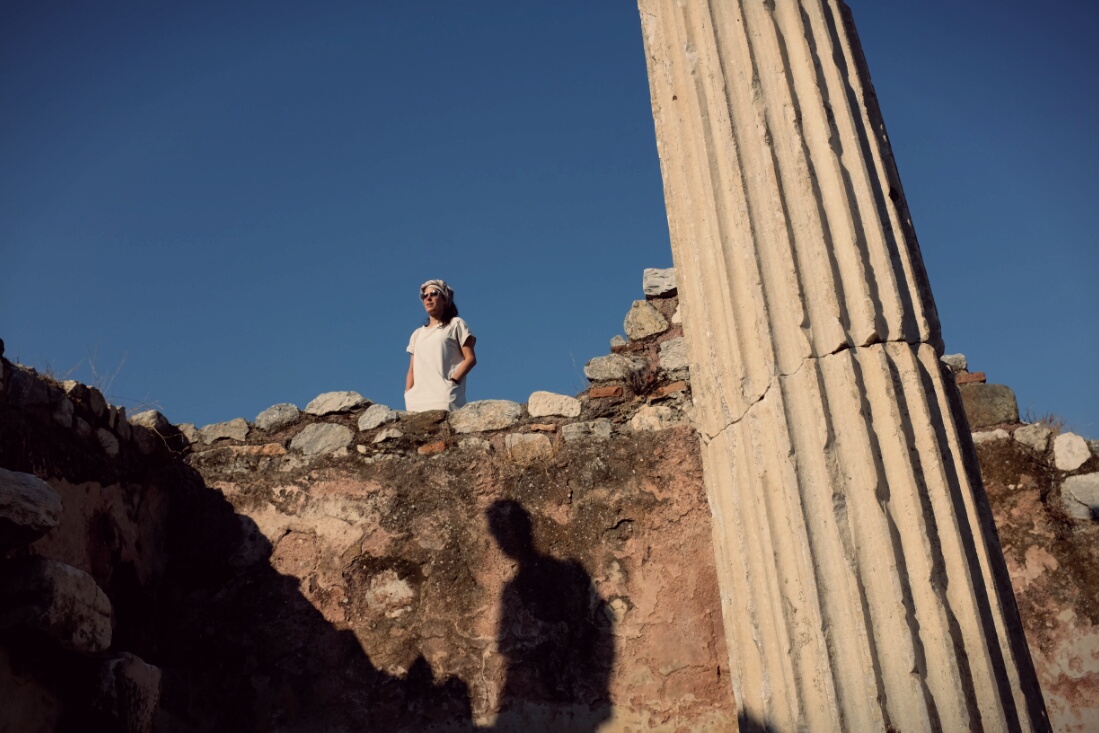 girl and pillar.. considerably more appealing than just a pillar… and a shadow, Selçuk is not only next door to Ephesus it also has a load of Byzantine stuff right in it’s heart 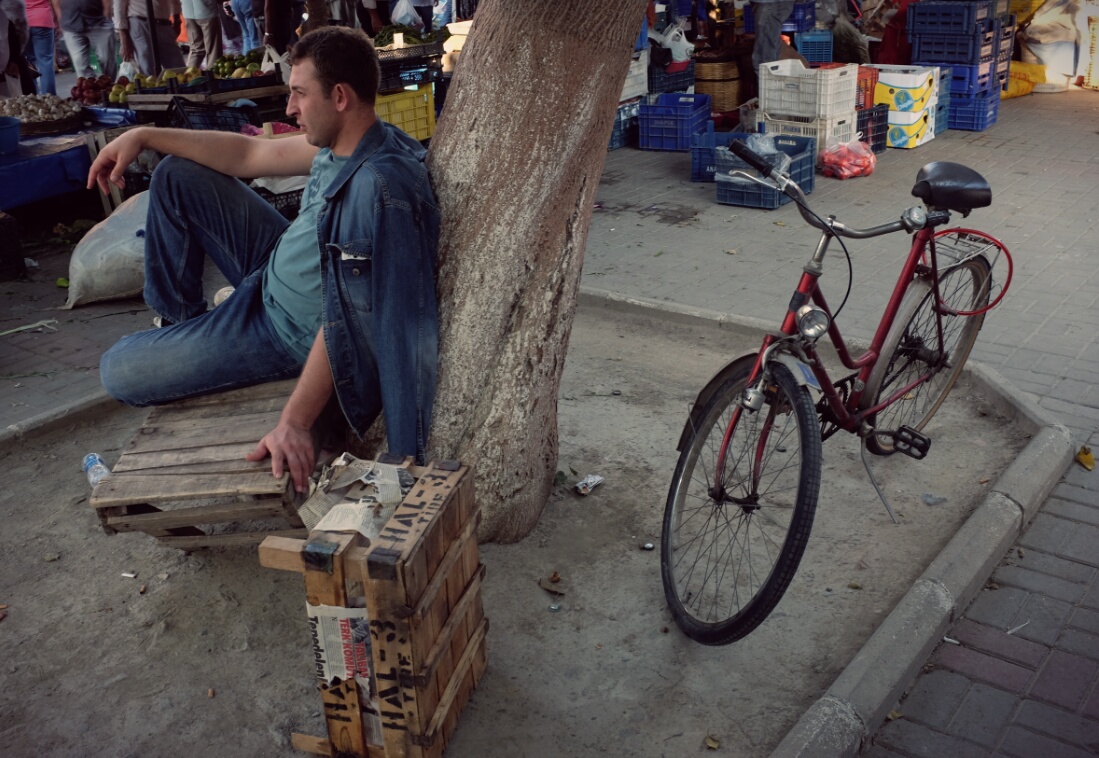 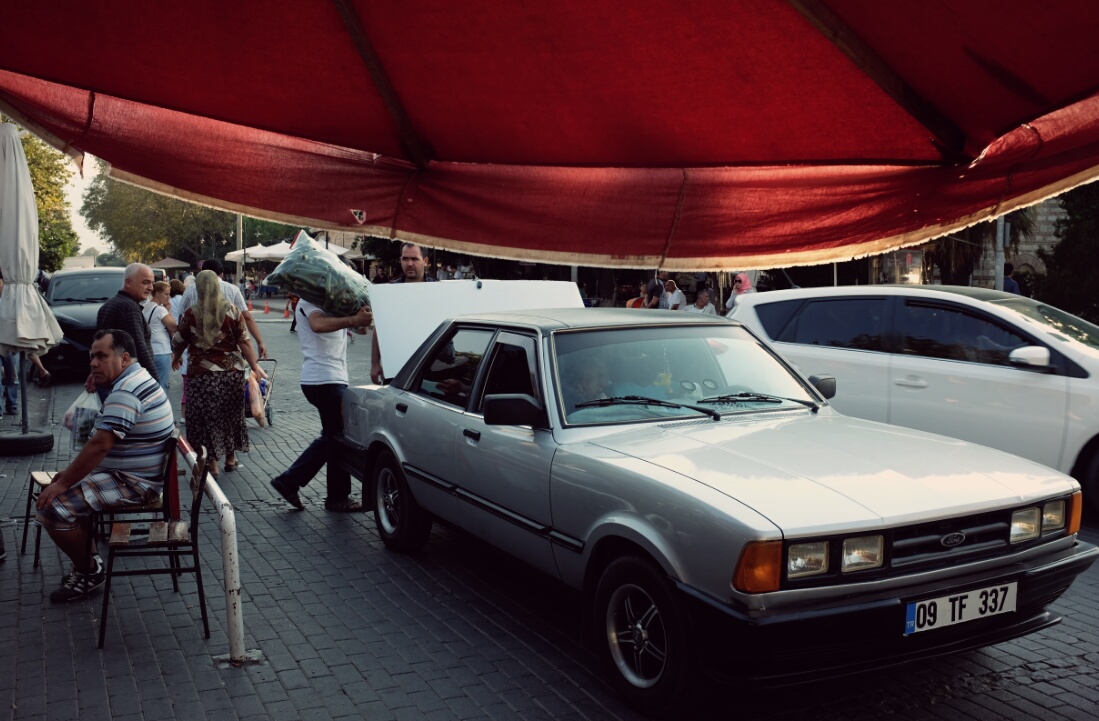 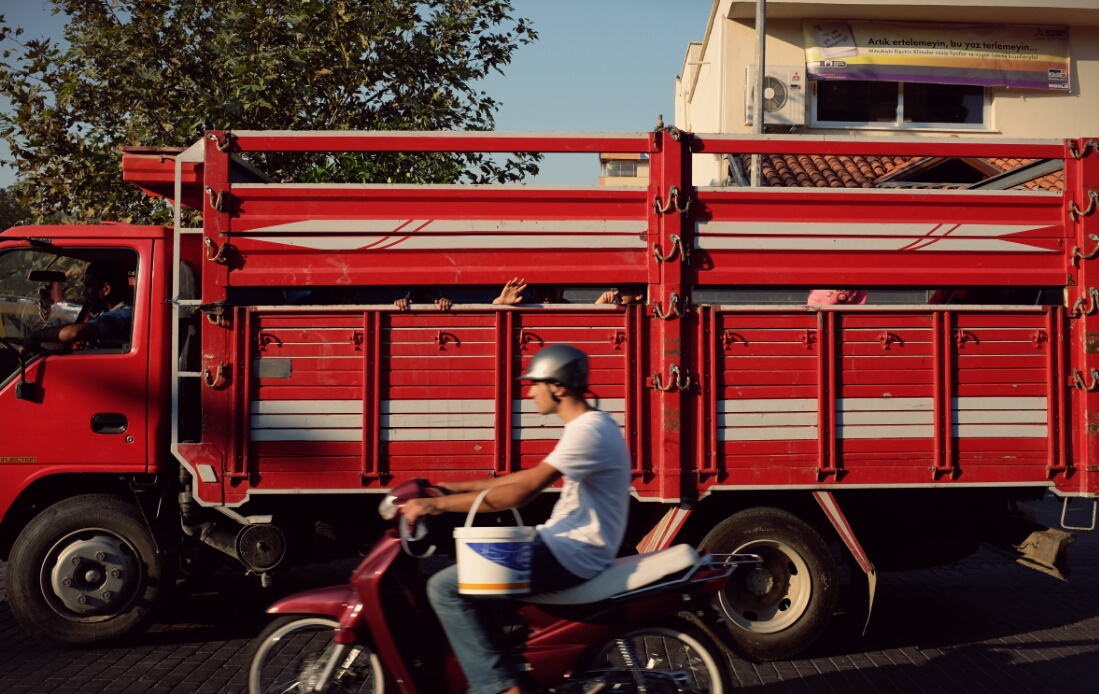 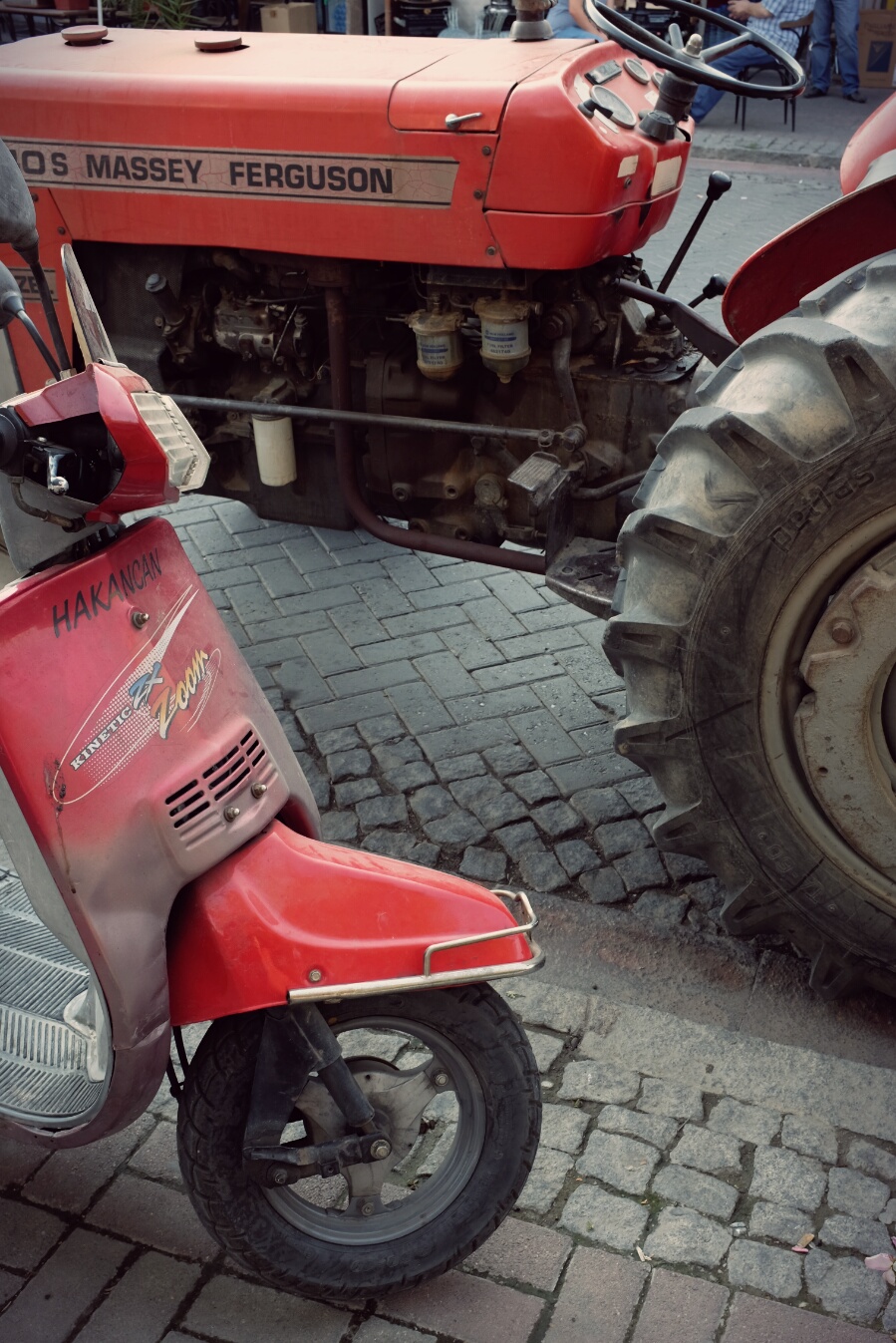 one for the tractor nerds ;-) there is even a market for aftermarket tractor accessories such as tailored vinyl hood covers in various patterns similar on concept to those that VW nerds fit to their vans back home… 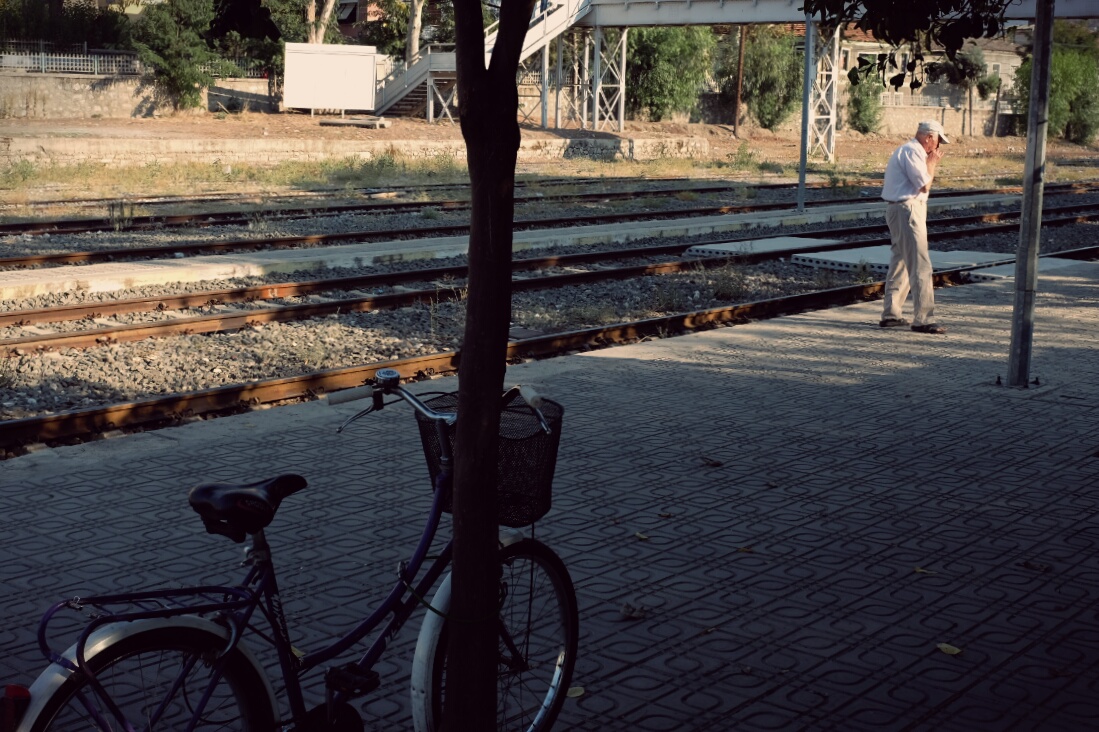 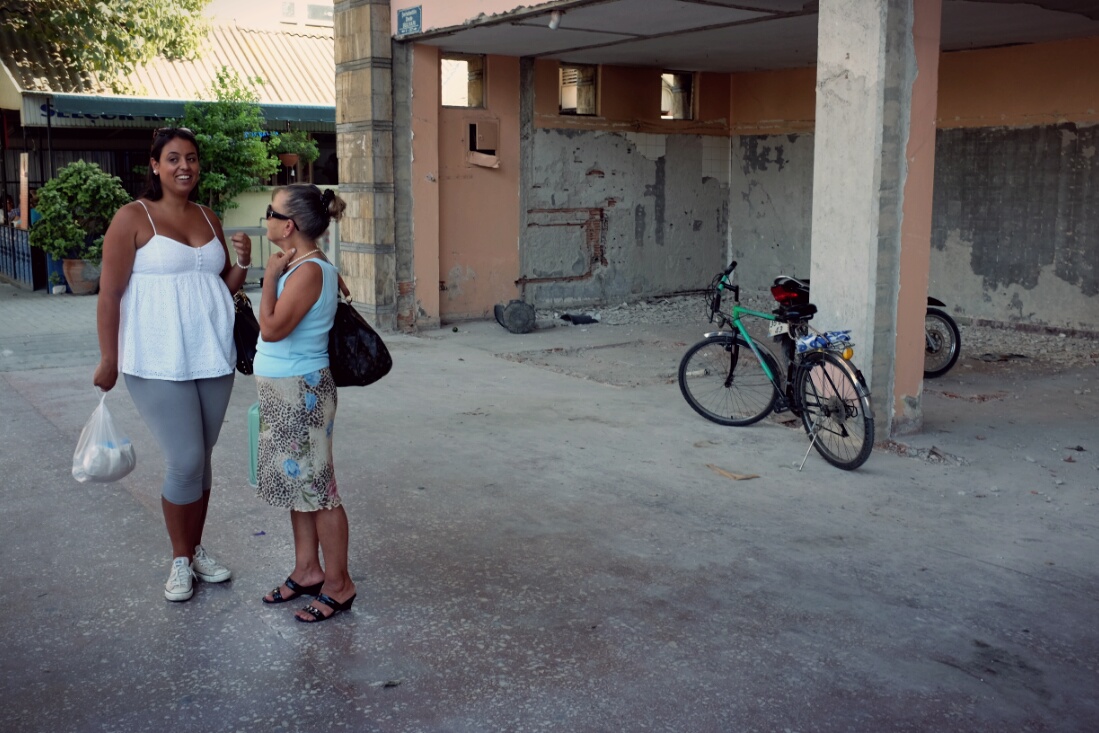 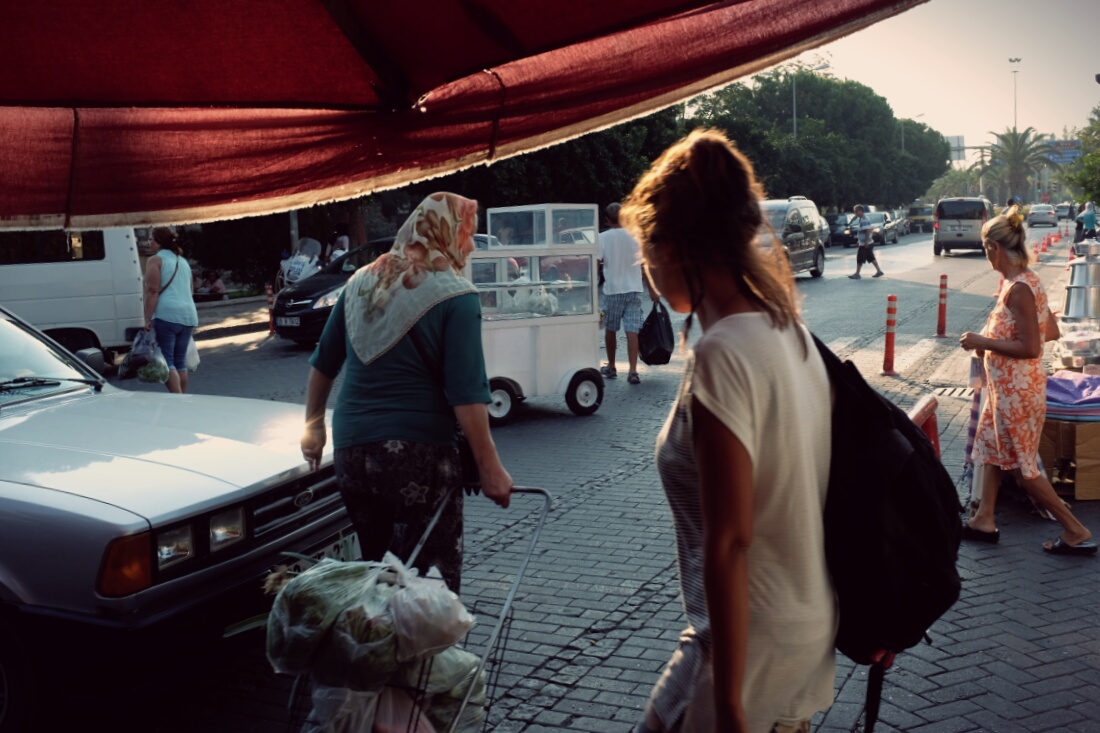 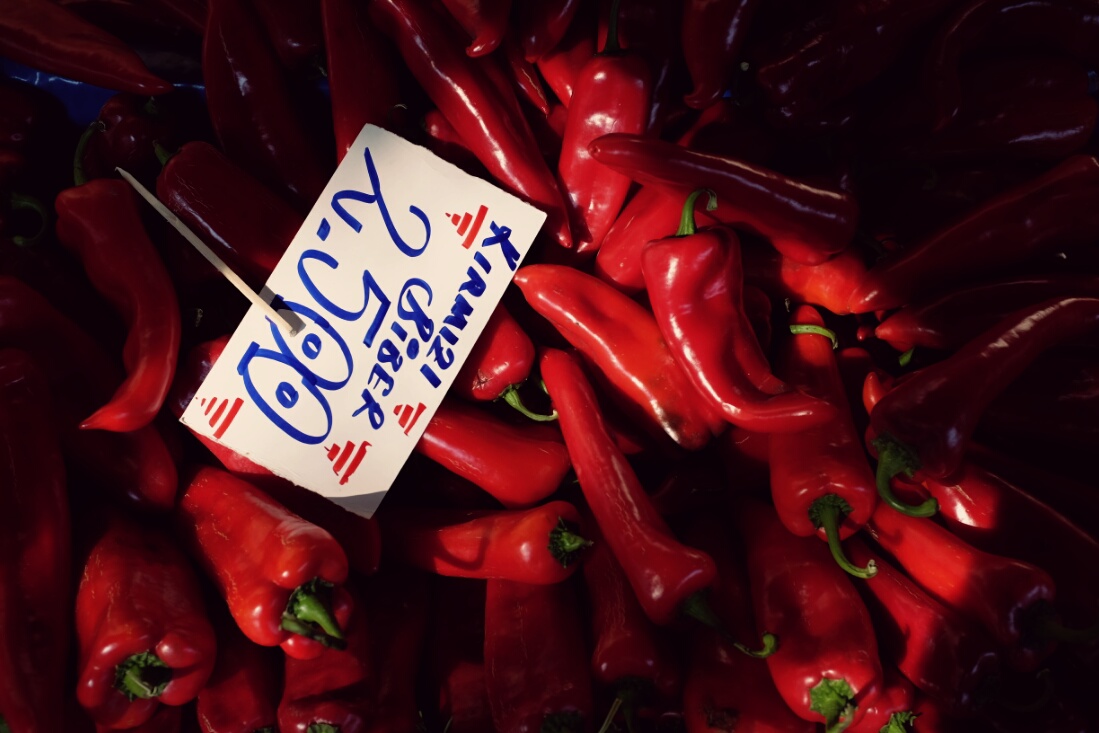 with a great market… 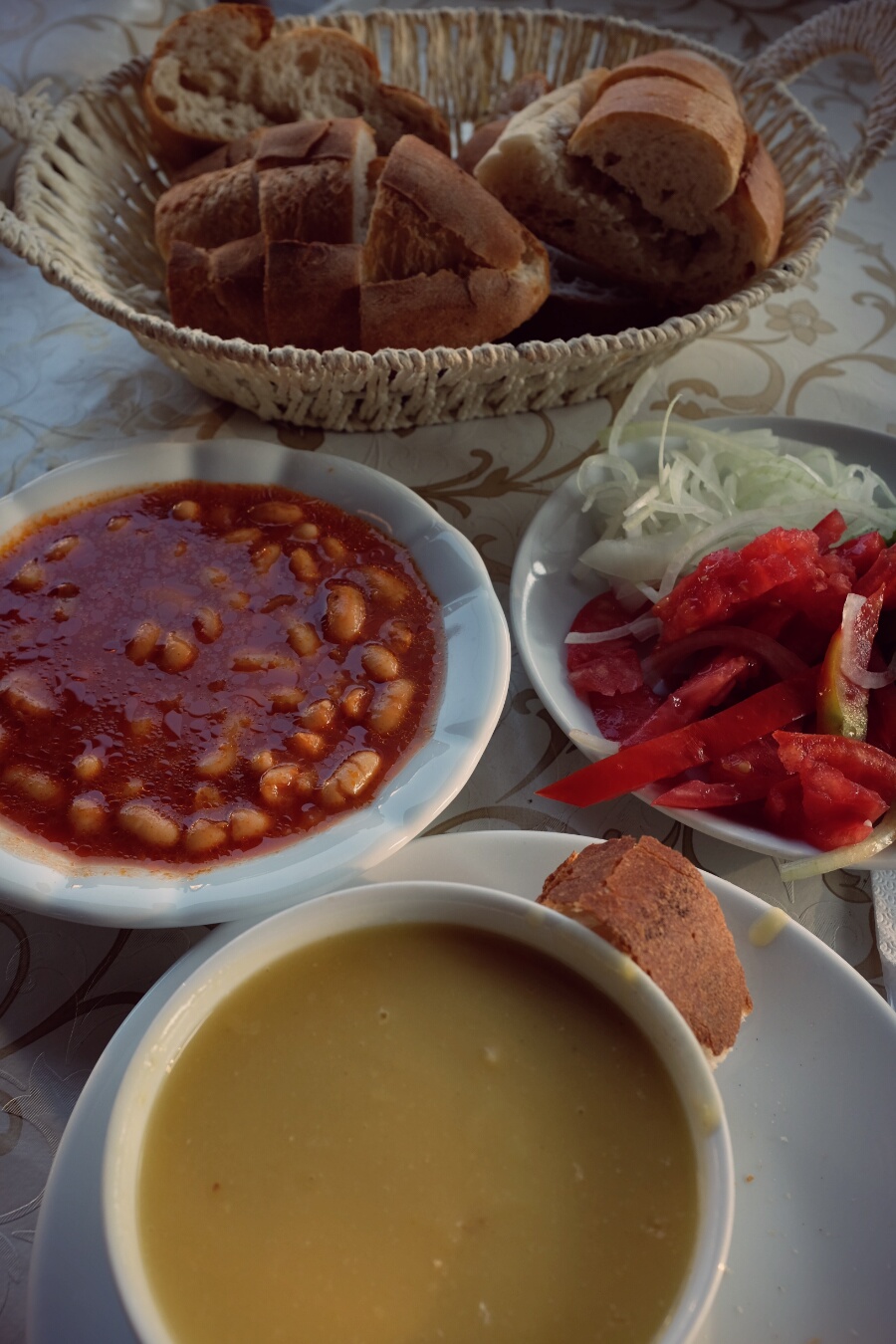 .. which means good market food instead of the heavy, oily , variable quality stuff served up by restaurants on the coast. all this for 3 quid, am particularly fond of the beans :-)