Check this old truck out (it’s a Ford F350, vintage ?… I have no idea!). I came across it at the market this morning… It is in use as a daily workhorse but the owner is justifiably proud of it, we chatted briefly and I have his portrait with the truck on film, but I had to show you these snaps first…! 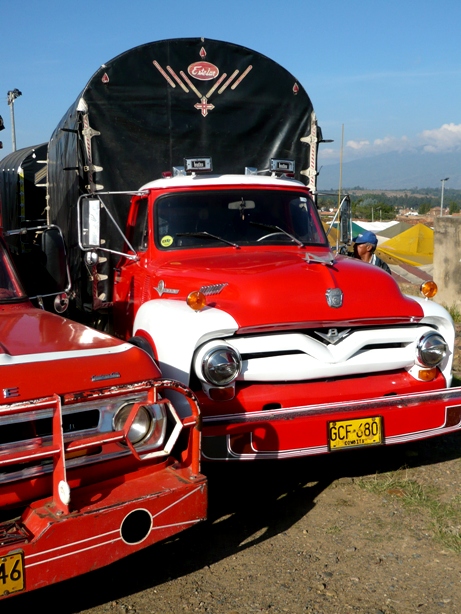 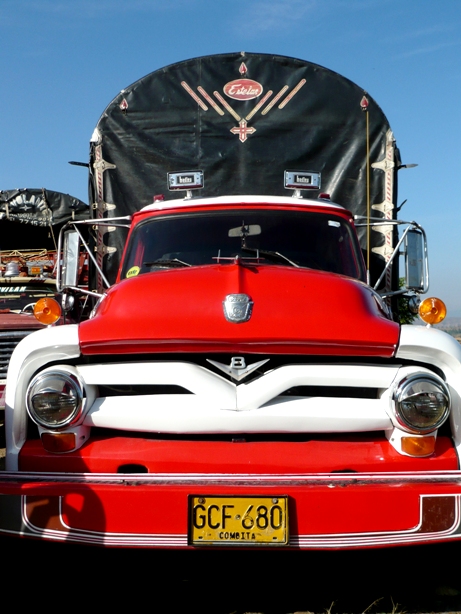 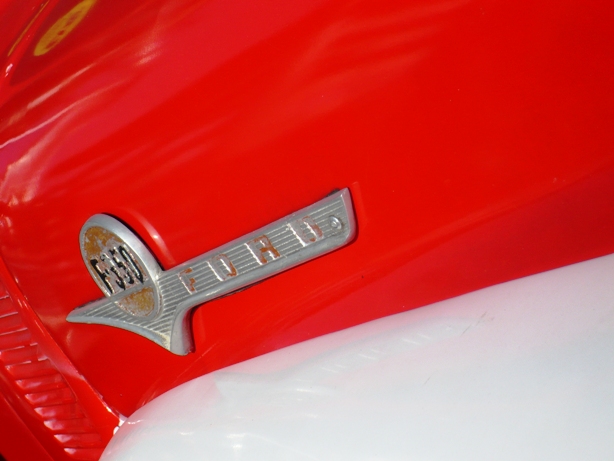 The market here is pretty low key compared to some , actually very pleasant. I was there early for a breakfast of coffee and empanadas before shooting my second to last roll of colour slide film.. I also sorted myself out with fruit and veg for the next couple of days, 2 dollars and I have as much as I can carry :o) Planning a BBQ tonight,the beef is being sorted, naturally, by an Argentinian chap who showed up last night. 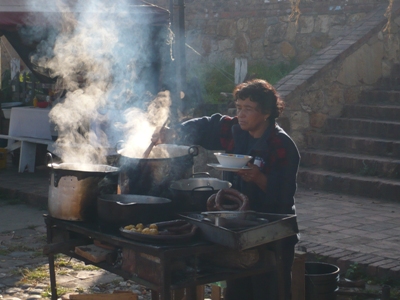 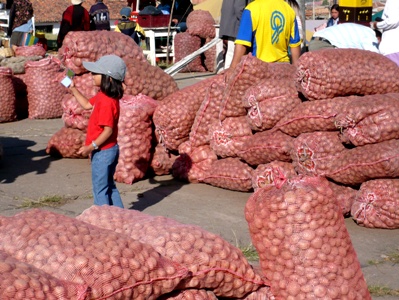 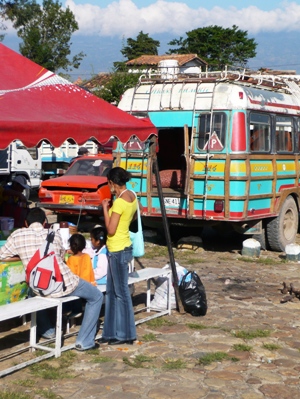 As for the cycling… I am having trouble coming to terms with the fact that it is all finished… aside from thinking about packing the bike when I head back to Bogotá I am already thinking about my other planned two-wheeled adventures…. one idea involves coming back to Latin America for a long time… another involves riding my fixed gear with a really light load around southern India, and another is Cornwall (UK) to Cairo… across western and eastern Europe, the Middle East and so on… but probably not on a fixed gear :o)

p.s maybe I should say something about the road from Bogotá to Villa de Leyva… north to Tunja is not that interesting unless perhaps you could be bothered to fiddle around on some minor roads. From Tunja to Villa de Leyva is nice though (as is the countryside around), the Andes here are much drier in appearance than the south, and lower, Villa de Leyva is only at about 2000m. The climate here is my idea of pretty much perfect… little rain, usually sunny and around 24 degs or so in the daytime with nice cool evenings and nights…. ahhh. Returning to my foggy, damp little island (aka the UK) is going to be a somewhat depressing experience…