Lican Ray felt like a place that was holding its breath.. in late November the new seasons tourists have not yet arrived and the previous season is just a distant memory amongst the footprints in the black sand beach. Just 30km south from Villarrica this was my way of testing my legs and dealing with the frustration of being sick. 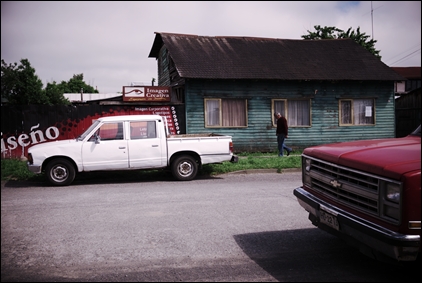 there is a nice 'outback' feel to the towns around here

Lican Ray turned out to be a very pretty little one-street lakeside pueblo boasting an asphalt main street, albeit with a significant dusting of volcanic sand. With nobody yet open for business I camped on a patch of grass behind a hostal in the process of renovation and retired to the beach for a couple of pricey Cerveza Australs in the shade of a tree. A very fine beer. 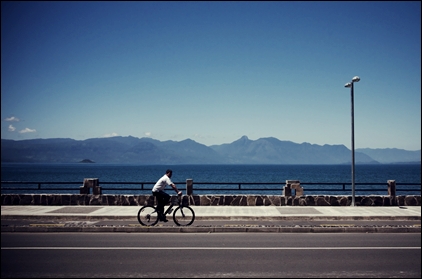 the rather 'crisp' waterfront in Villarrica

In contrast to the deserts of Argentina earlier this year this part of Chile is indeed a green and pleasant land to explore but not entirely without it’s dangers for the touring cyclist. Australia has it’s crocodiles, deadly spiders and jellyfish, Canada has it’s bears, Africa is.. well Africa and Lican Ray has it’s shoe-eating dog. Dozing in my tent with the door open I noticed one of the local dogs behaving like a spring-loaded idiot jumping around outside. I ignored it until the dim realization occurred that the stupid creature was stalking one of my cycling shoes. It was too late, the dog, and my shoe, were off to a far corner of the field for a chew. Following a barefoot dash the shoe was apprehended and returned to my tent with it’s coating of spit. Oh for a dog eating spider. 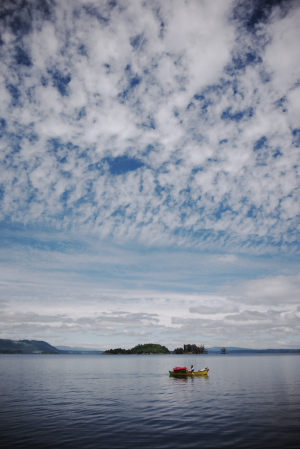 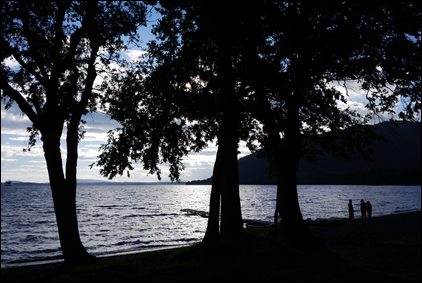 Moving on from Lican Ray proved to be an equally adventurous day, hehe, just 35km south to another lake side town, this one a regular metropolis in comparison. Panguipulli.

Still feeling less than vigorous I took a room here rather than camp.. in contrast to the heat of yesterday it was cold and overcast when I arrived. Spring. My tent got pretty wet in the night so I can dry that out nicely too. Having had a wander through it’s few streets Panguipulli is a pretty little place, it sits on the shores of yet another lake with snow capped peaks visible around its shores. 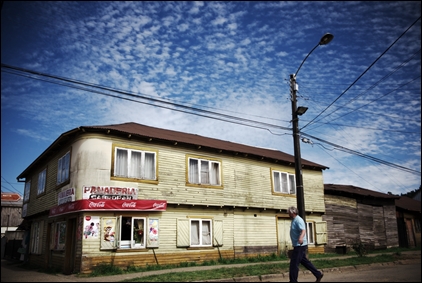 I’m making lunch as I write offline, probably not a good idea, I burned my soup, a feat in itself…. I have a kitchen here you see, and a sofa and a fabulous shower, all for 10,000 pesos, about £13. Cable TV too, a small price to pay indeed for a little luxury to aid my recovery :-) 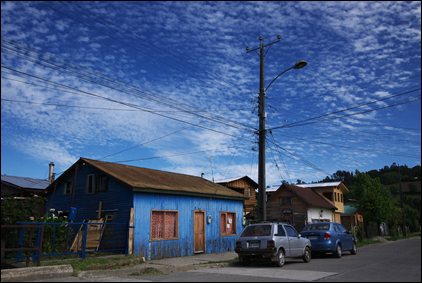 So, I’m moving at least, albeit slowly. At times over the last few days I have really struggled to get my head in the right place for adventure, being sick didn’t help and i’ve got some quite bad blistering from eczema too from being run down as a result.. but as in all the Andean countries it seems that every day the locals put a smile back on my face.. whether it’s being invited to share in a family BBQ in Lican Ray or the antics of the road workers I photographed in Panguipulli… and of course when feeling a little down getting on your bike is about the best thing you can do.. that and have a beer. It all gets better from here! Cheers ;-) 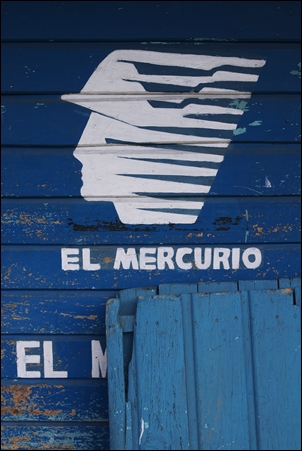 Panguipulli.. the local rag I think 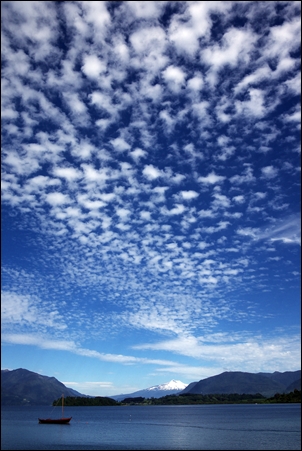 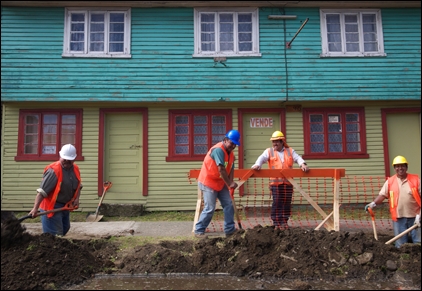 these guys laughed when I asked to take their picture and said, near enough, "oh shit, we had better look busy" .. except the guy to the right of the pic:-) 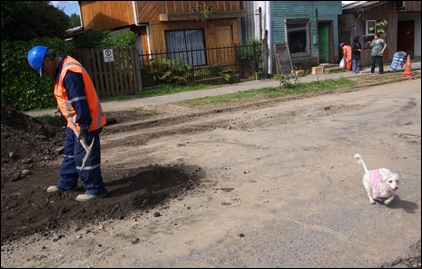 this one is running from a spider.. 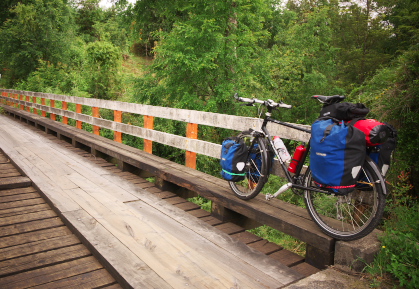 on the road again, here's my trusty old Nomad