One of my favourite things about travel by bike, other than the freedom, is that one is never fully in control of ones destiny, unexpected things happen that invariably add to the richness of the journey, even if it is a dog running away with your shoe… 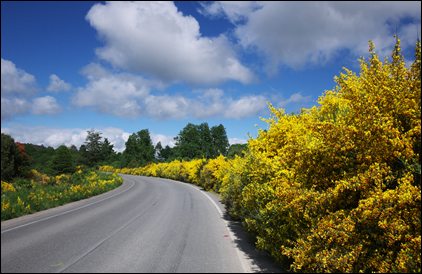 On Friday morning I rode the 60km from Panguipulli to Los Lagos along mellow spring time roads, arriving in time for a fully loaded hotdog for lunch from a small cafe. Feeling more fatigued than I normally would after such a short ride I was in two minds whether to keep going for a few more hours or call it quits for the day in Los Lagos, an unremarkable little wooden riverside town that you’re unlikely to find in any guidebook for the simple reason there is bugger all there. While pondering this decision I had a look around town on my bike, it didn’t take long, and attracted the attention of a small bald chap with wire rimmed spectacles who came running over to say hello and ask if I wanted to stay somewhere ‘chileno’. I shrugged my shoulders and said “si, ok…”. He told me his friend had a spare room in his house and that it was a very interesting house… Sounded good. So that was how I came to spend a night with a local family in a fantastic self-built log house in Los Lagos. 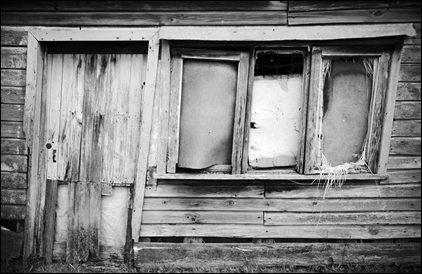 Los Lagos.. the local architecture has a particularly picturesque way of collapsing. Sideways

By way of a siesta I dozed off that afternoon to the mellow music of Chilean rural life drifting in through the window… birds in the trees, chickens in the garden… kids fighting and a chainsaw tearing up some timber. I caught up with Adolfo again later on that afternoon for coffee and cake. As if you hadn’t guessed from his name there is a strong German influence in these parts which also means very good cake. I explained how I have trouble sometimes understanding the local Chileno dialect.. Adolfo agreed. Cheeky bugger. He did make an effort however to articulate his words clearly for my benefit :-) 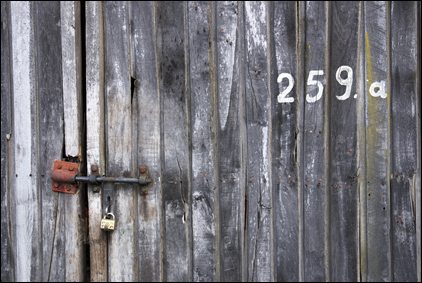 My host forgot my name so at dinner time it took a while to dawn that the “hey, gringo..” coming from the kitchen was intended for me. I didn’t mind, I forgot his name too. All I can remember is that it began with ‘E’ and he said it was something biblical. Trouble is when folk mention the bible to me all I can think of is pillars of salt and burning stuff and his name was definitely nothing to do with either of those. He and his wife must have thought I looked in need of a good feed, I was served a great slab of fried meat topped with two fried eggs, a pile of papas fritas with bread and salad on the side and copious quantities of wine out of a box. While eating a few local folk drifted in for a drink, they thought I was German.. something to do my physical perfection I expect <cough> but once that hiccup was out of the way we were able to enjoy a jolly evening of conversation. By happy coincidence the Chileno dialect is considerably easier after a few glasses of wine. 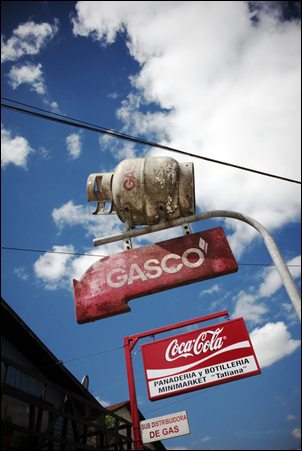 Four years in the building, the kitchen of this handmade house, was especially interesting, a regular grotto of chainsaw architecture and interesting nicknacks. Had it been in the UK the mishmash of wiring would never have met building regulations, but just say it had then I could imagine it would be “oh so perfectly created” with a Smeg fridge in the corner and some of those carved mushrooms* you can buy from blokes in old vans in lay-bys on the A30 outside the window on a  perfectly manicured lawn. Possibly even featured on Grand Designs or presented by Sarah Beeny, most probably pregnant at the time as always seems to be the case. Here however it was perfect. 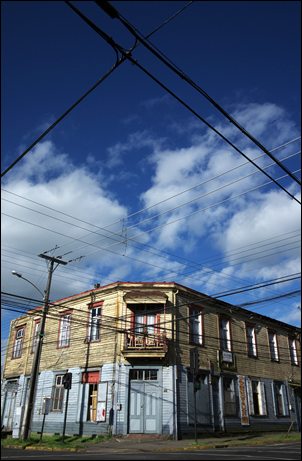 Saturday morning dawned grey and cold with damp in the air. With no obvious back-road route south from Los Lagos it was unfortunately a case of heading for Ruta Cinco, the Pan-Americana for the day and pointing my wheels south for Osorno. A good opportunity to get some lattitude under my wheels but a less than inspiring piece of riding other than being able to enjoy a few more of the little ironies that characterize Latin America. I stopped at a roadhouse for a brew after 60km. It was called Hosteria Vista Hermosa (Beautiful View). I sat at the window with my coffee and stared numbly out at a damp patch of gravel, beyond which was the strip of asphalt and then a 50 or 60 foot high wall of scruffy trees. Si, muy hermosa. Surely a deliberate pun… The other irony for the day was less amusing. Earlier in the year going north I endured weeks of, at times ferocious, headwinds. I figured this time it would not be unreasonable to expect a surplus of tailwinds… It was a hard and hilly grind into the teeth of a strong southerly for almost 5 hours to cover the 95km to Osorno. Oh well :-) 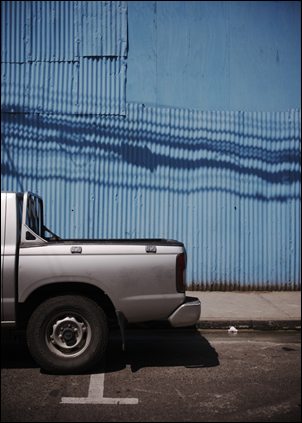 I’m writing this last little bit in Osorno and wondering whether or not to have a day off here. I’m well aware that I have been sick and that my body also needs to adapt to daily mileage again.. Osorno itself is a gritty place, I like it, it is interesting with lots of photographic potential simply because it is not a particularly attractive place. The folk here at the cafe whose wifi I am using may even agree… 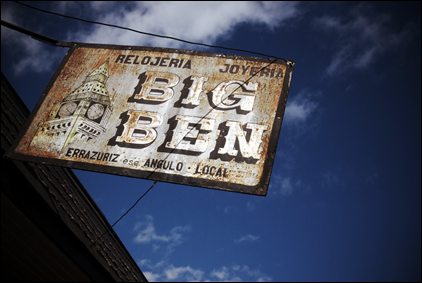 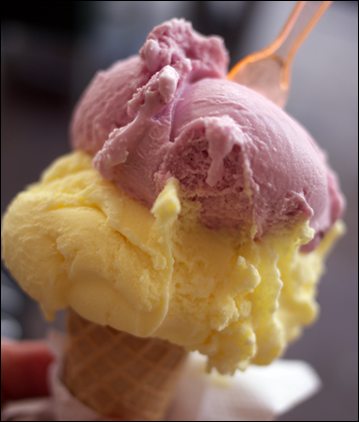 my legs were thoroughly stuffed when I rolled into Osorno, luckily however recovery shakes in Chile come in frozen form on top of a cone :-)

* the mushroom phenomenon may be on the wane, riding around Cornwall this last few months it appears they are being slowly supplanted by wooden meerkats. Hundreds of ’em. Ugh.