I packed up my tent for the last time this morning ready to move to a hostal in town for a couple of nights prior to my flight… mainly to make it easier logistically with respect to packing bike and stuff and having a place to hang out the day of my flight which does not depart until late evening, especially if raining as it frequently does. I had about a 1/4 litre of gasoline left in my stove fuel bottle that of course could not be poured away so I offered it to Adrienne, a girl on a motorbike from Vancouver. She had reached the end of her trans-south american journey and was about to set off for the 3000km trip to Buenos Aires where she hoped to transfer ownership of the bike to a friend… illegal in Argentina, foreigners are not permitted to sell their imported bikes here.. but apparently a short hop to Uruguay fixes everything :-) Despite my expert use of the American word for petrol she clearly was not immediately reassured that I wasn’t going to play some sort of evil cyclist joke on her motorised steed… 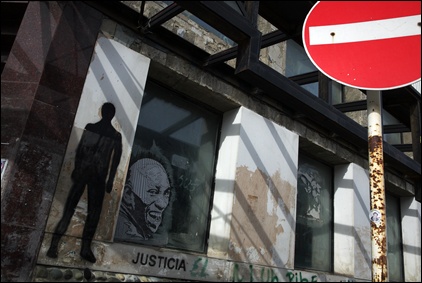 It felt very odd packing up the tent and loading up the bike for the final time for the short 4km transfer into town… the place I camped up in the hills was very cool, a place where cyclists and, mostly, motorcyclists were ending and beginning their South American adventures. The company and cameraderie… and pizza.. and beer on tap… was excellent. I missed it straight away when I arrived at the hostal.. a very nice place with friendly ownership but only a  few exceptions to the mostly gap-yah residents. Ho hum. 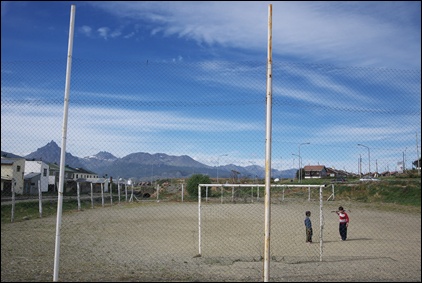 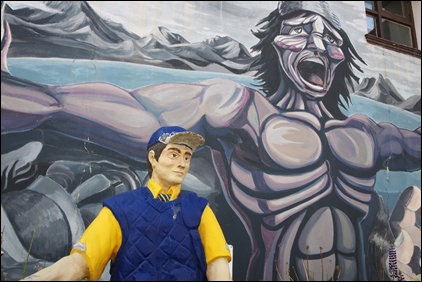 As far as bike packing goes.. for once I have some useful info.. useful to anyone reading this and likely to find themselves in a similar situation here. There is a decent bike shop in town, it is at Gobernador Paz 301.. he sometimes has cardboard bike boxes.. but being an astute businessman he apparently charges about 20 pesos for them, no big deal but as boxes are in demand and bike sales low I get the feeling he may not often have any.. like this week so I have been seeking alternatives. At Pastor Lawrence 805 there is a ferreteria called El Martillo.. he has foam plastic and heavy duty plastic sheeting off the roll as well as gaffer tape. Recommended. I bought a few metres of each and then went off in search of cardboard… the obvious suspects like the shops selling refrigerators and giant TVs did not have any spare today but I lucked out with a pile of boxes just put out for garbage collection. I have what I need to make a tidy package. 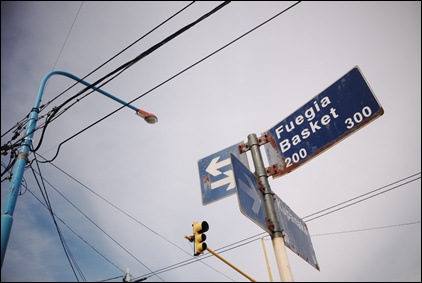 Ushuaia has street names dripping with history.. Darwin, Beagle etc etc. Fuegia Basket was one of three native Yaghan people taken hostage from Tierra del Fuego by Fitzroy, skipper of The Beagle, during her first voyage in 1830. By extension that means somewhere there are also streets named Jemmy Button and Boat Memory.I have not found them yet.

The act of packing up the tent really forced home the reality of returning to the UK and how much I will miss particular people I met and met again along the way… Ennio & Dina, Nina, Kevin the motorcyclist etc. In this respect it has been a quite unique, and happy, journey. 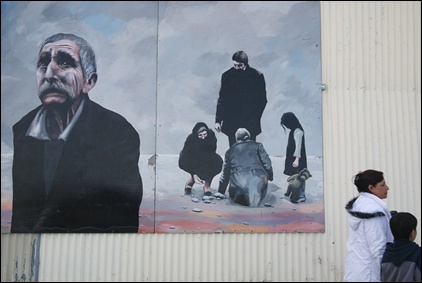 I was chatting over coffee this morning with someone who just happened to be chatty, they said “oh you have had lots of time to think about what you would like to do with your future”.. I had to say “errm, no.. in reality mostly all I ever thought about on my bike was food, beer, mountains, a place to sleep.. and women of course… and not necessarily in that order”. Definitely not time wasted ;-) 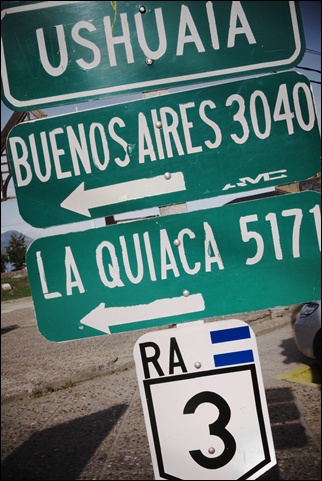 … this one. Somehow 50km has been missed, or a case of Ushuaia distancing itself from it’s ugly twin?

Already thinking about the next trip and changes to my equipment  I have decided that next time I’m going to carry a little folding saw with me. On so many occasions on this journey there was plenty of dead wood lying around but rarely in handy sizes for a fire… the little saw on my Leatherman isn’t really up to branches and so on. I figure the few extra grams of an 8-inch folding saw will be worth it… and fun to play with even with no wood around, say for cutting cheese at a picnic in a particularly dramatic fashion. 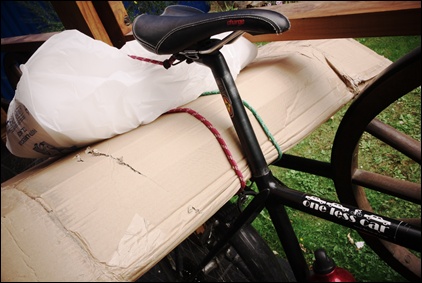 stuff for bringing her home…

p.s last night I added a few more pics in my previous post below… just given the remote possibility you’re interested and missed them…