If a backpacker says that a place is not worth visiting because there ‘is nothing to do there’ it can generally be assumed that the opposite is true. Such is the case with Eğirdir (pronounced ‘E-irdir’)… I have really enjoyed my couple of days here. Yesterday was my first proper rest day in some 900km, since Troy in fact, and was much needed. I did very little…almost bugger all in fact.. Then today I took my bike exploring in the mountains south of town and discovered a terrific network of high, remote dirt trails to play on, with some nice steep, rocky technical sections in particular to enjoy… thus illustrating why, in my entirely prejudiced opinion, one should always travel on a dirt-capable bike. It is just better. 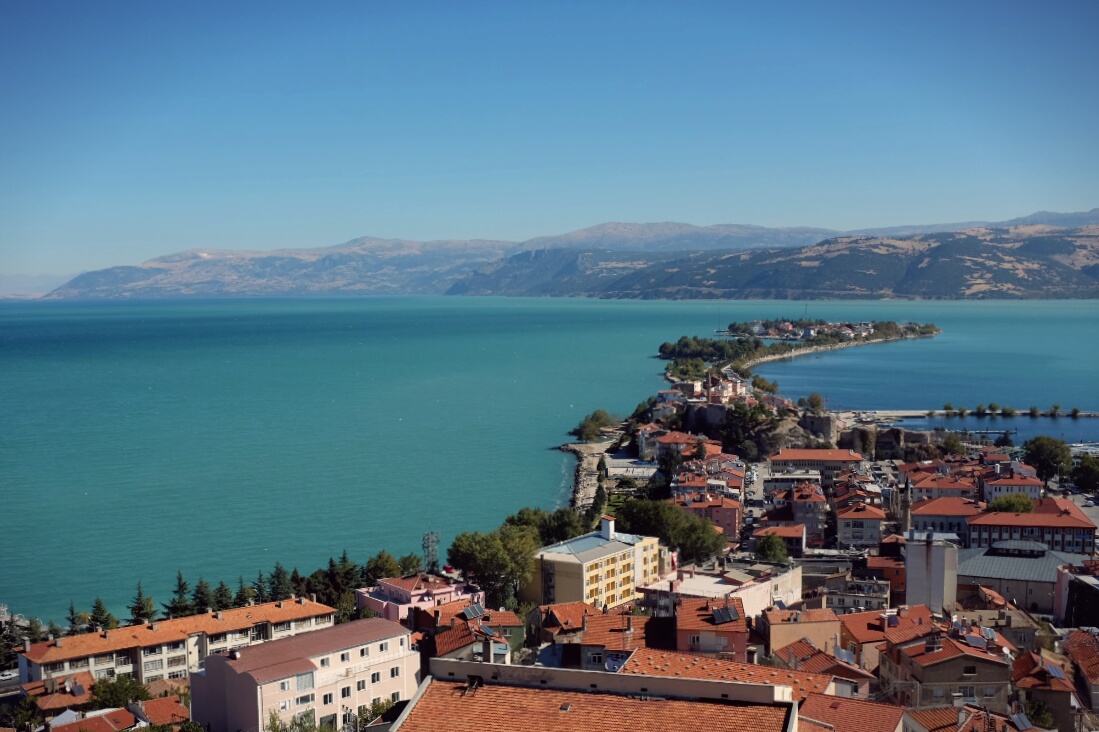 a view of Eğirdir. Technically the little village on the island at the end of the causeway is a separate village called Yesilada..it used to be a greek village until the population exchange..

What is more the wind has dropped, the temperature has risen to a rather wonderful 22 degs C and there is not a cloud in the sky. Forecast says it is going to stay like this for a bit so I am looking forward to the ride north… in the meantime however some photos.. for a change… 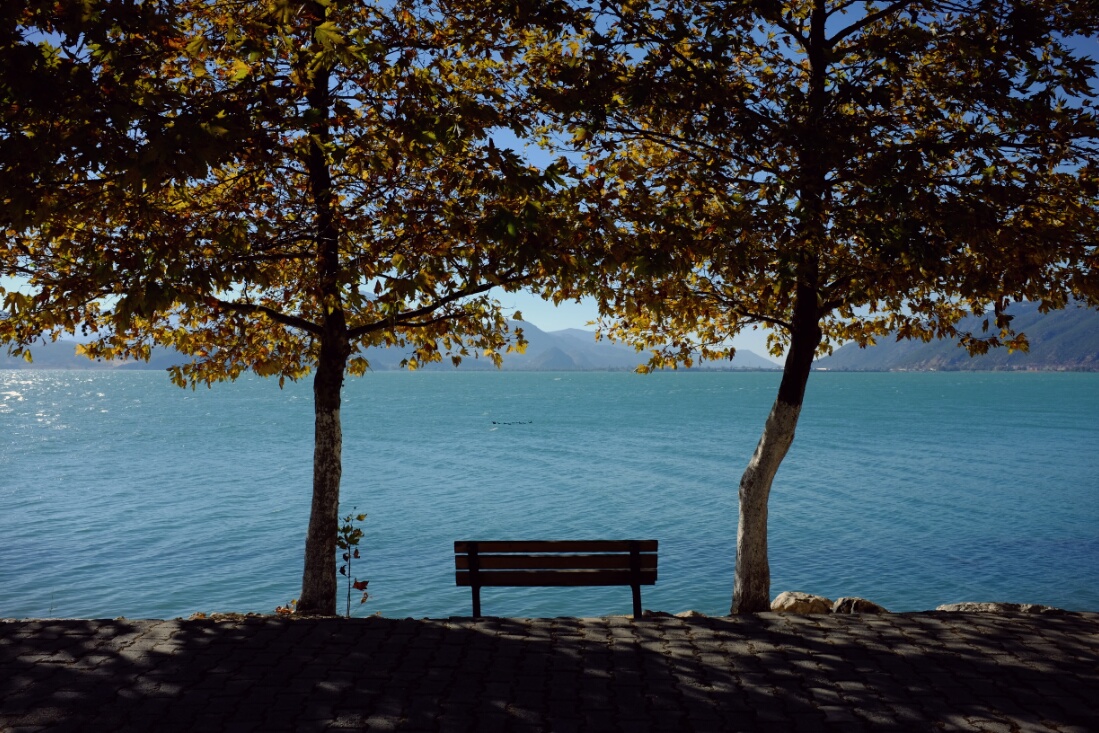 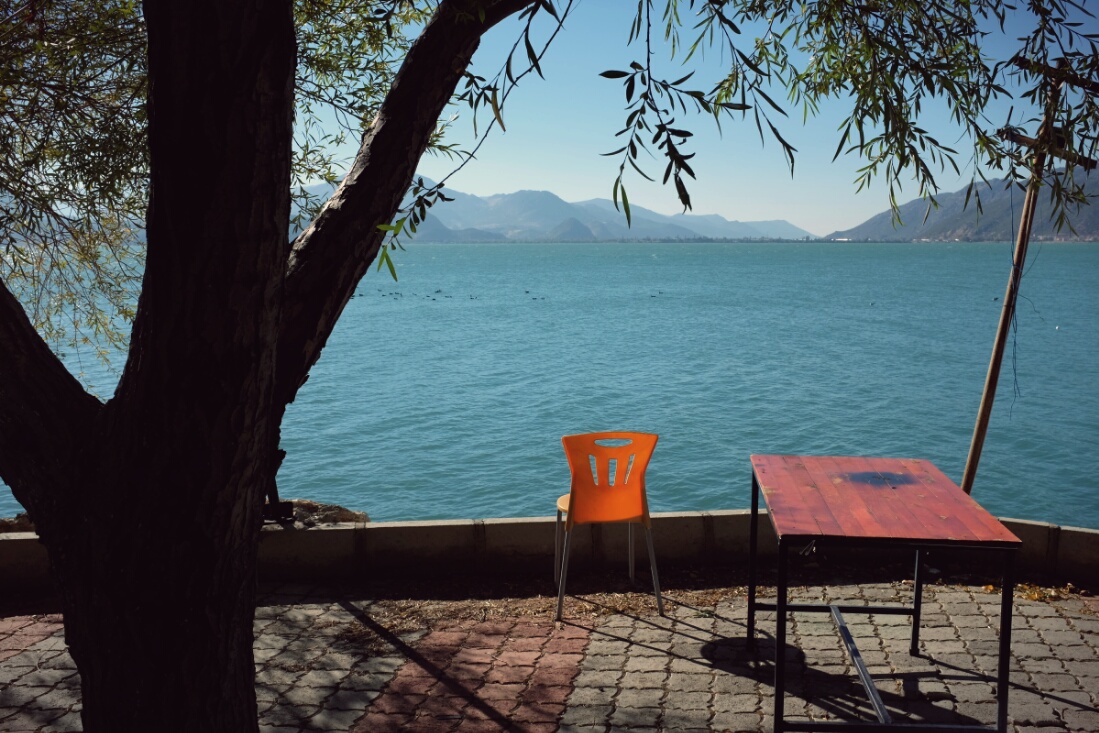 many of the lakeshore eating places are closed, but the town itself is still busy with locals of course 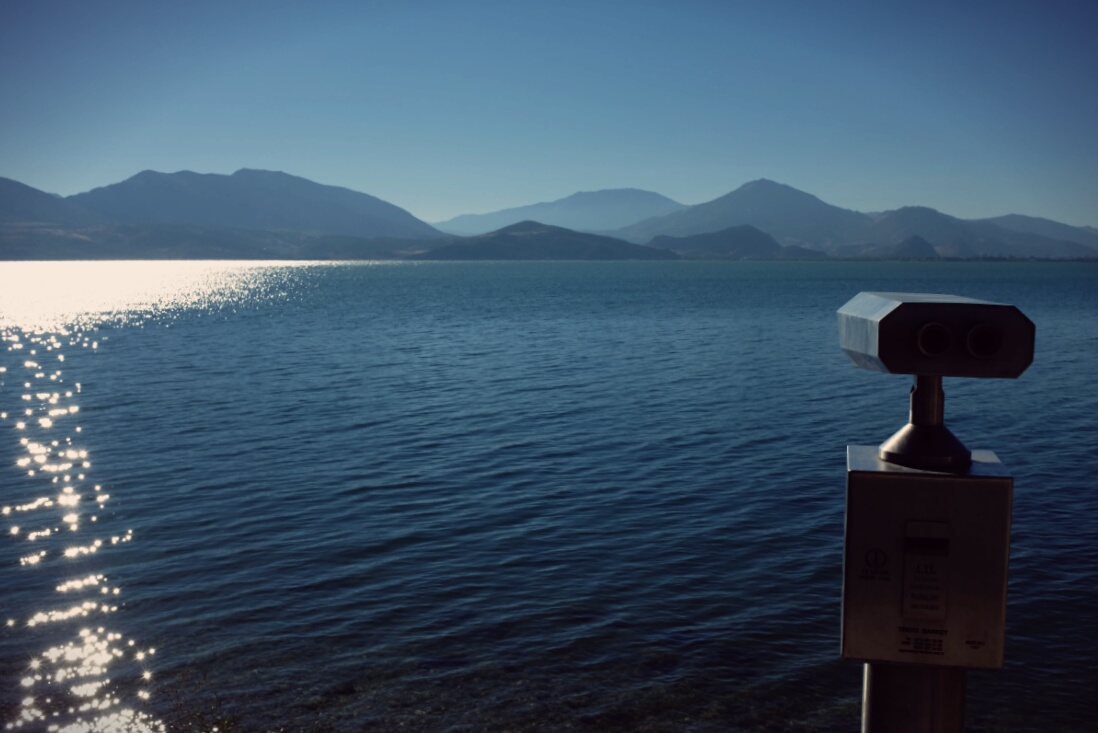 the lake is entirely ringed by mountains 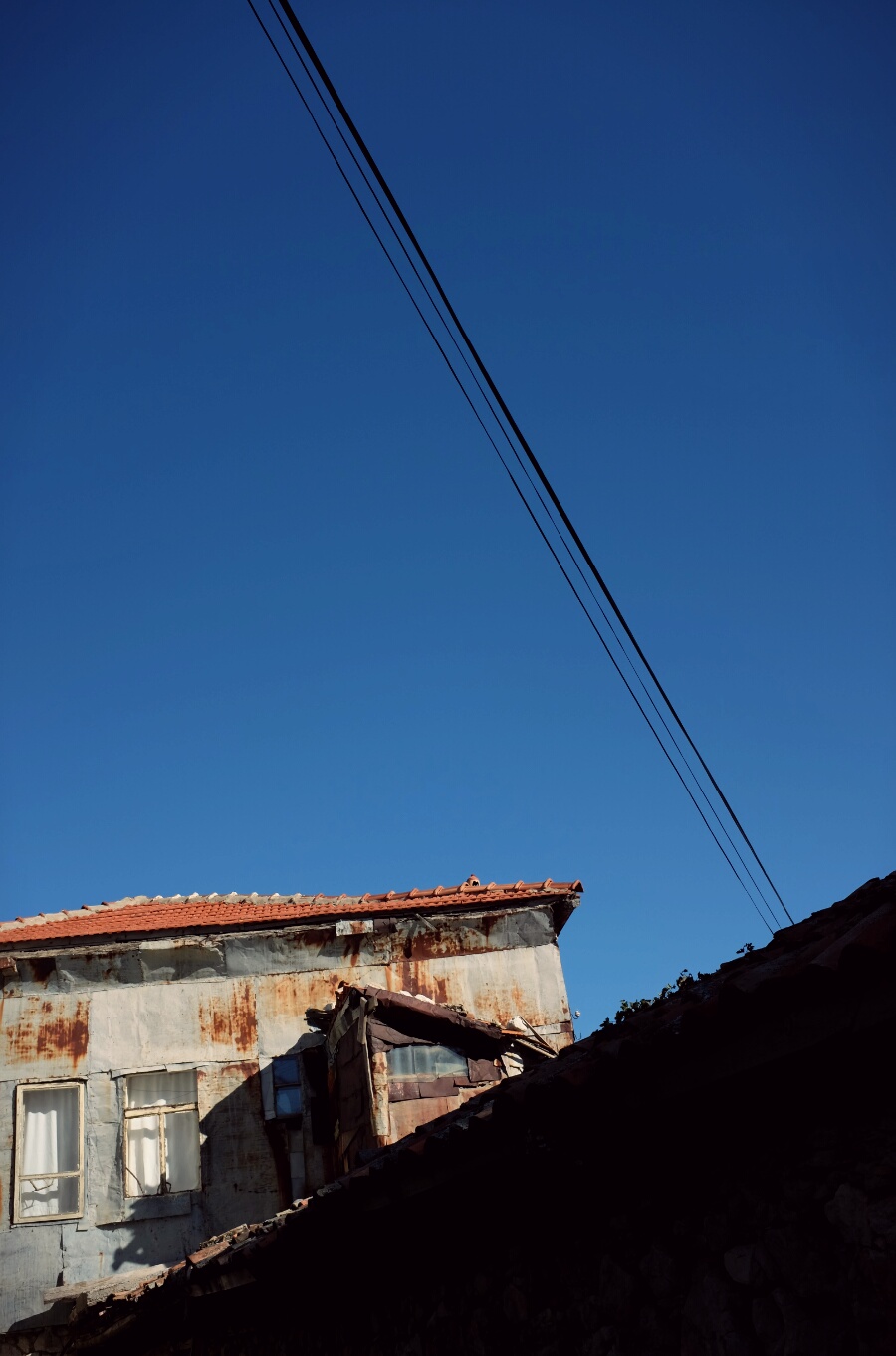 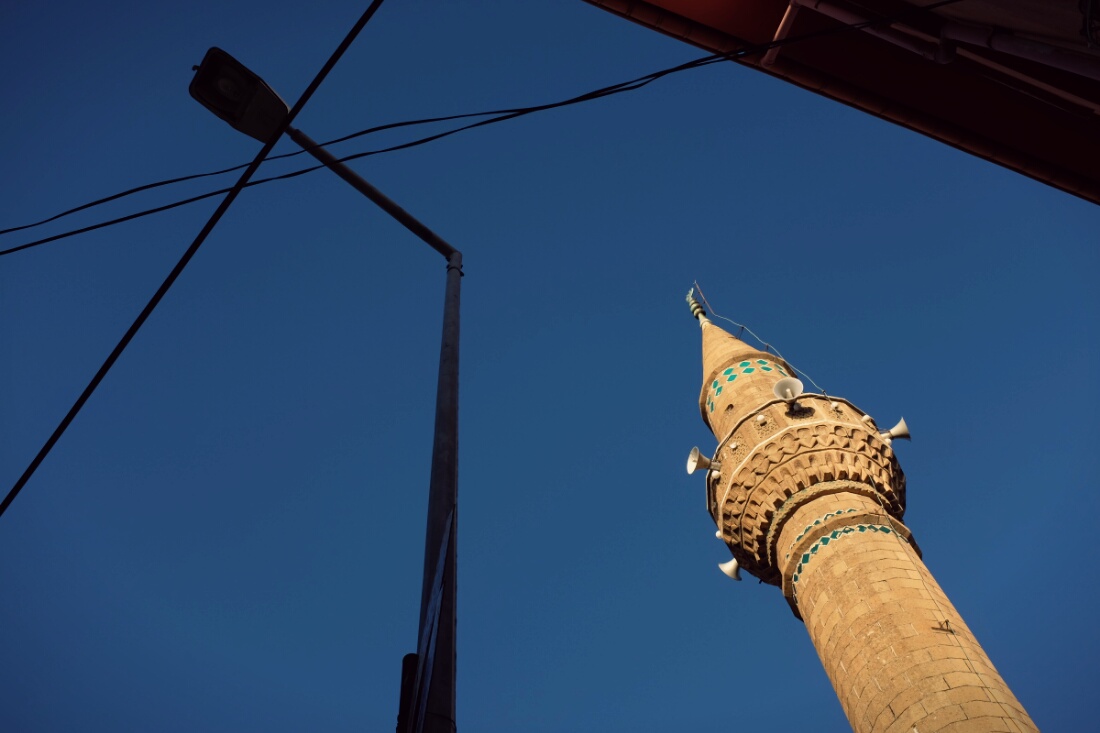 the streets are narrow and watched over by the inevitable minarets 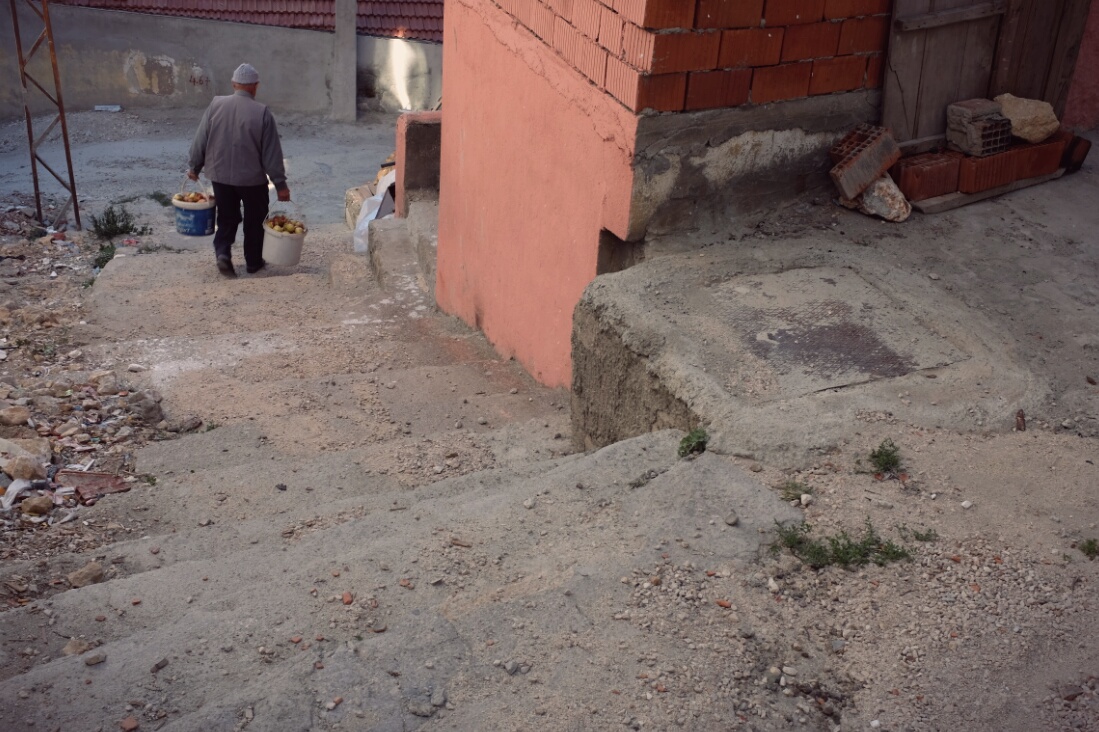 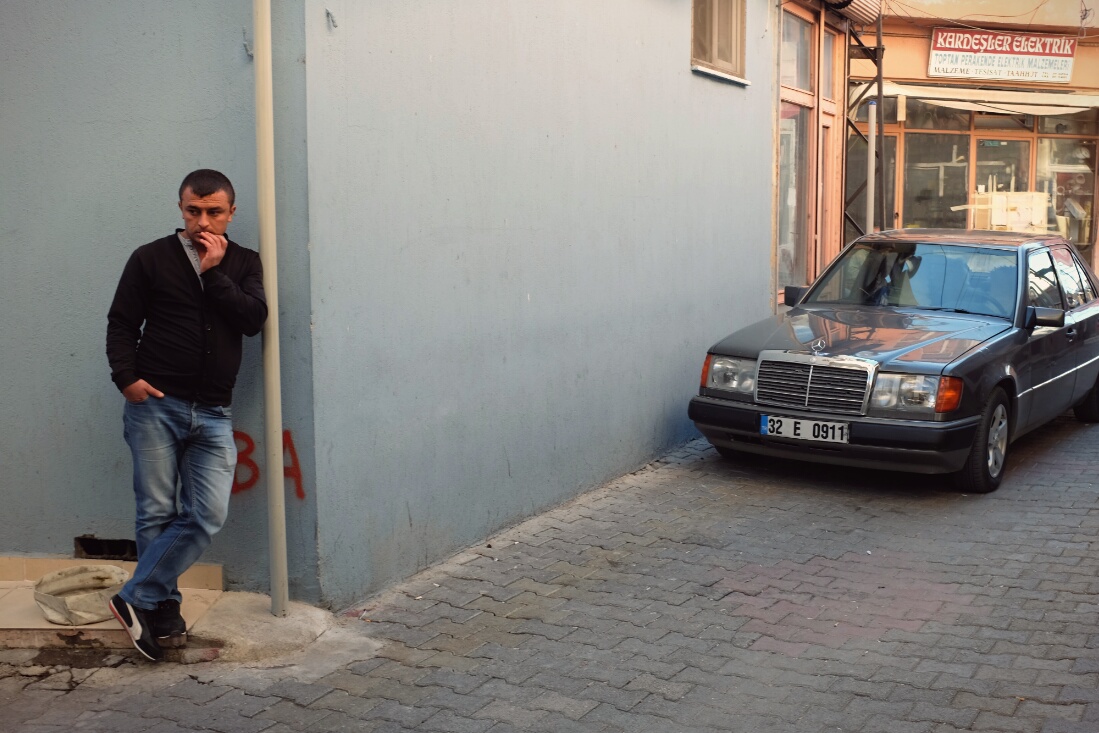 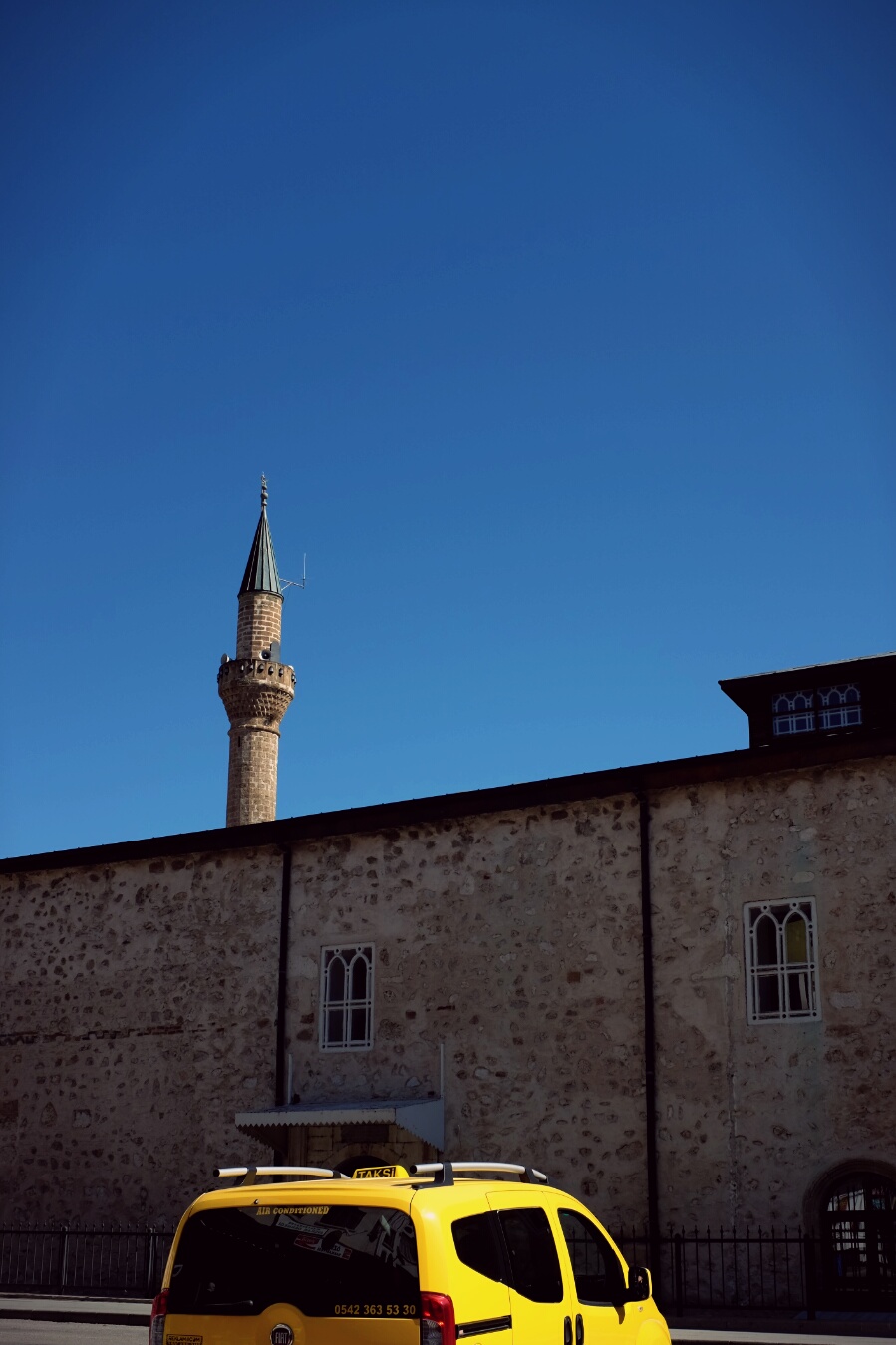 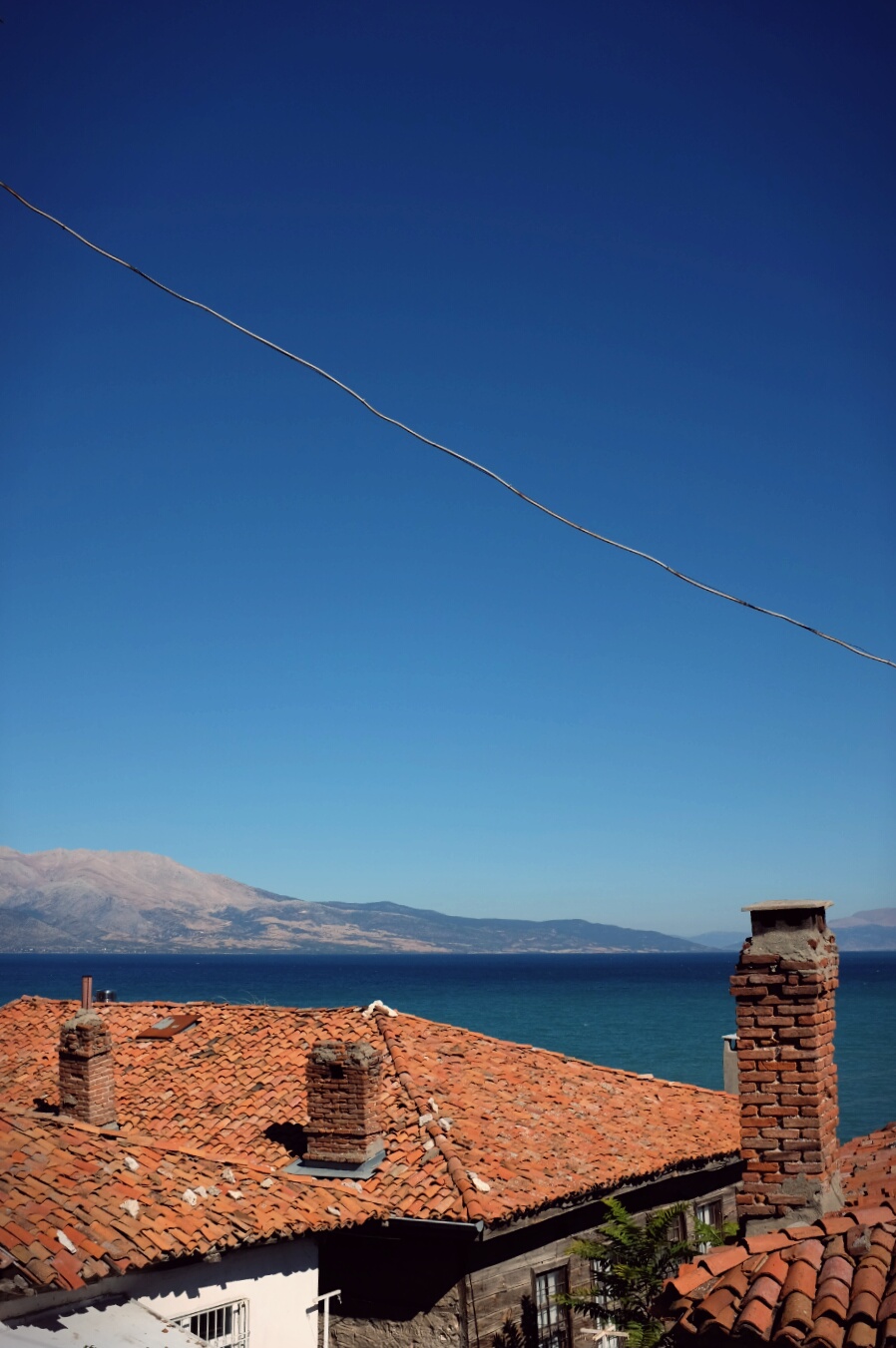 looking north.. my direction of travel 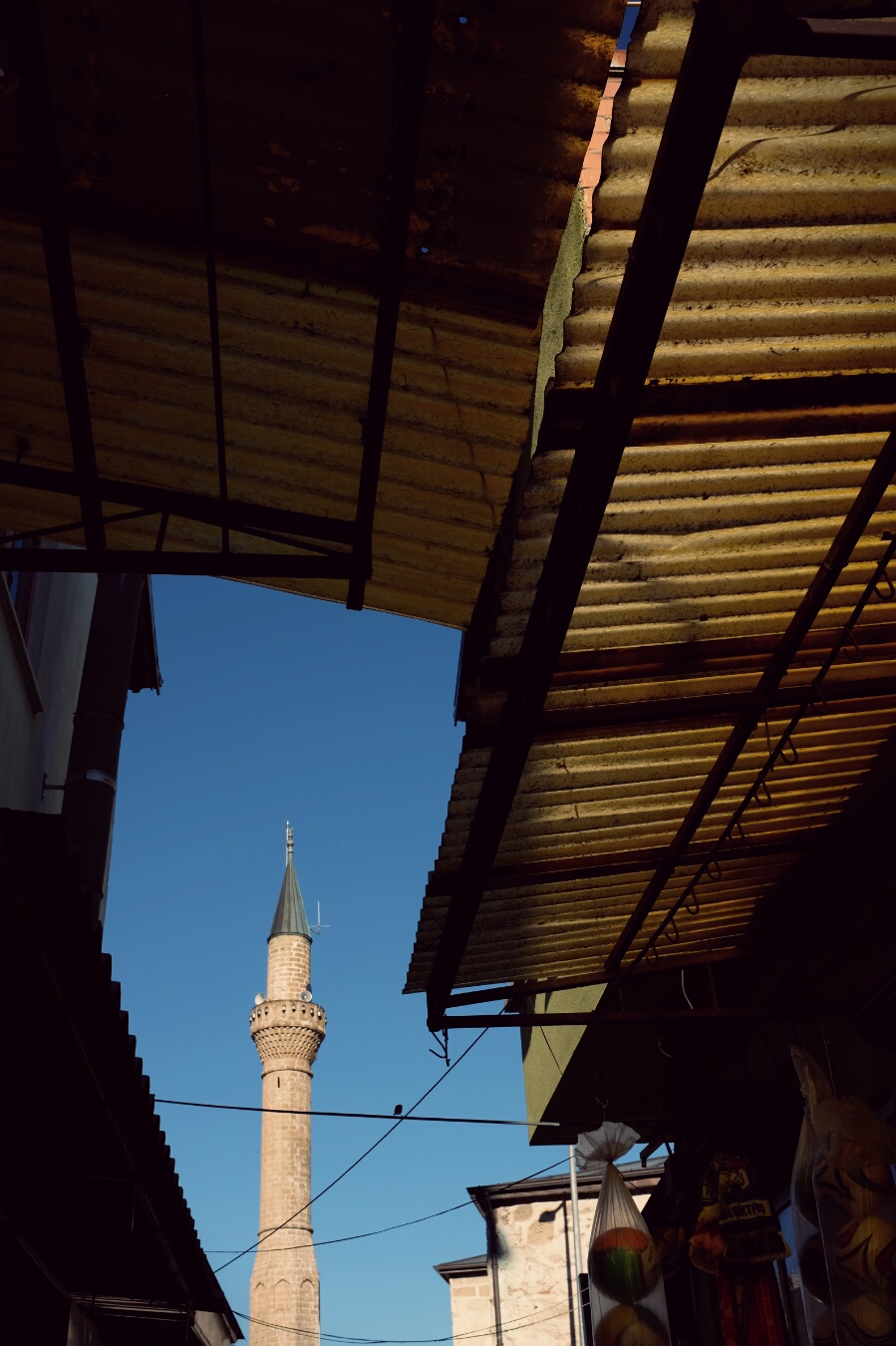 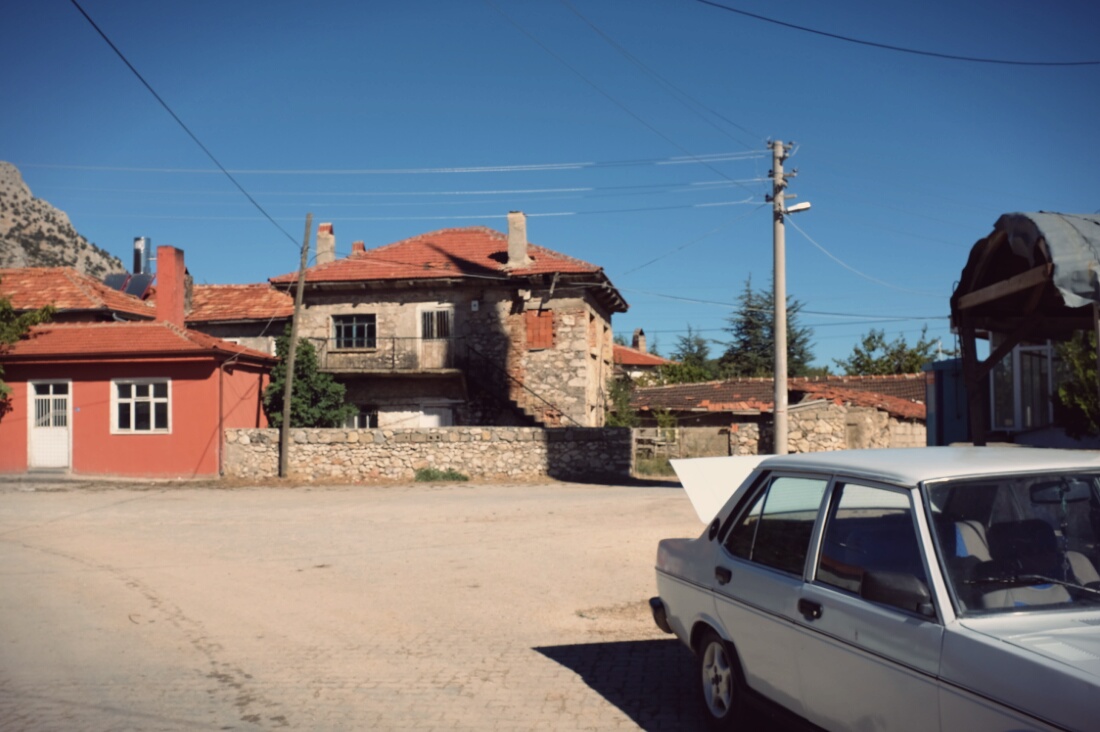 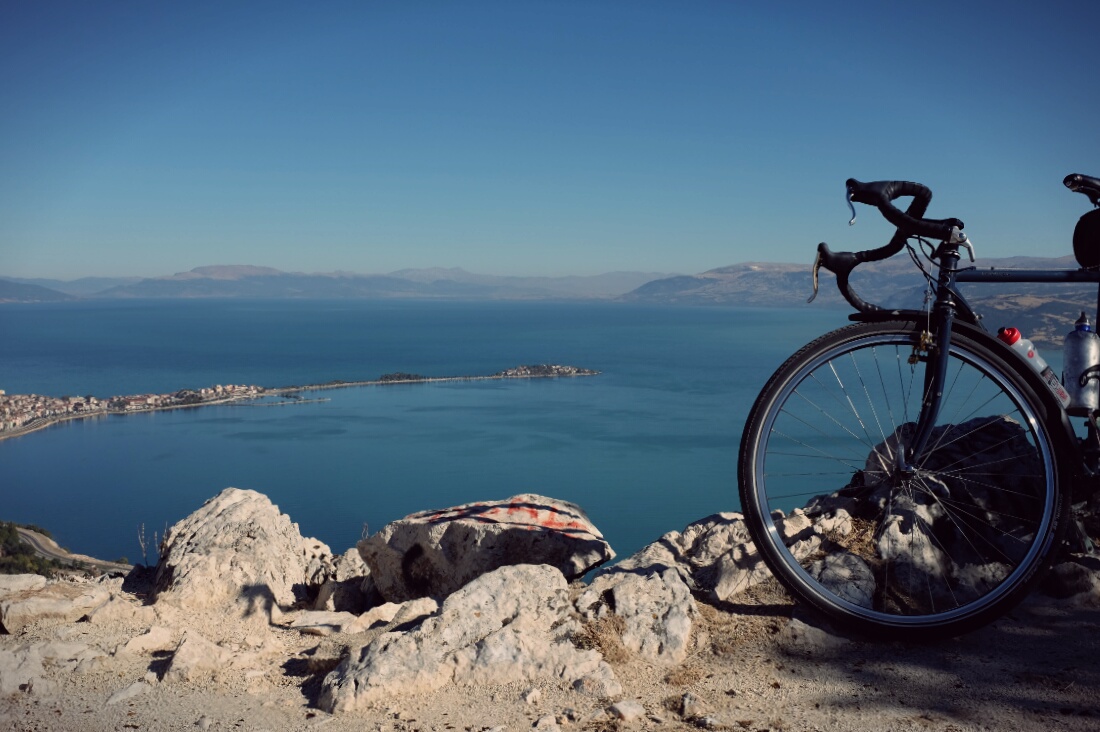 … with a fabulous view of Eğirdir and the lake below… far better by bike :-) 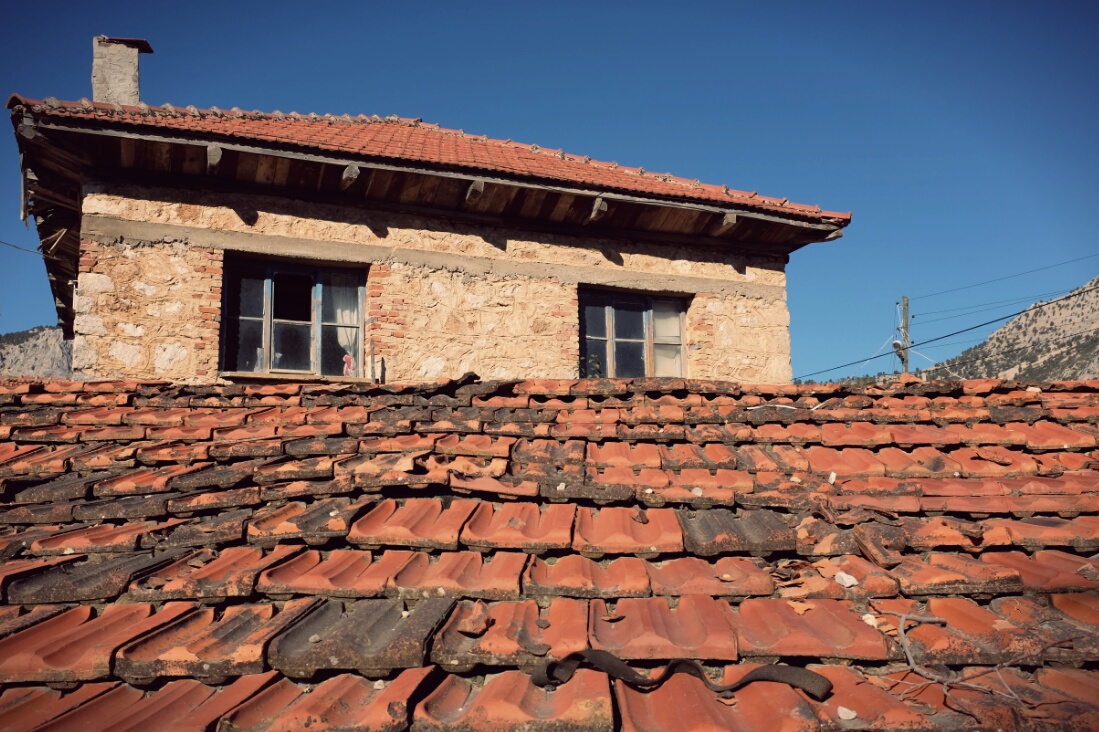 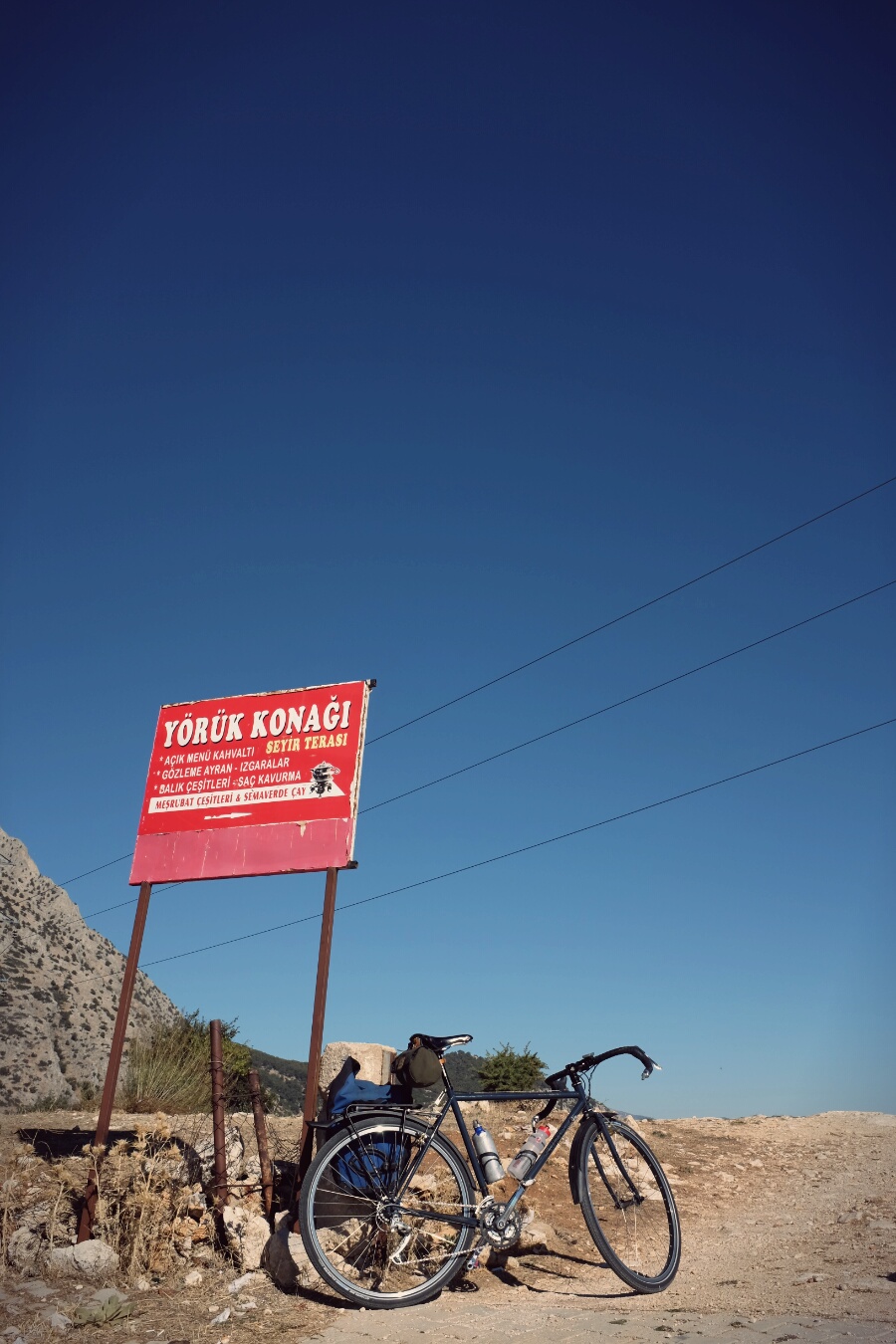 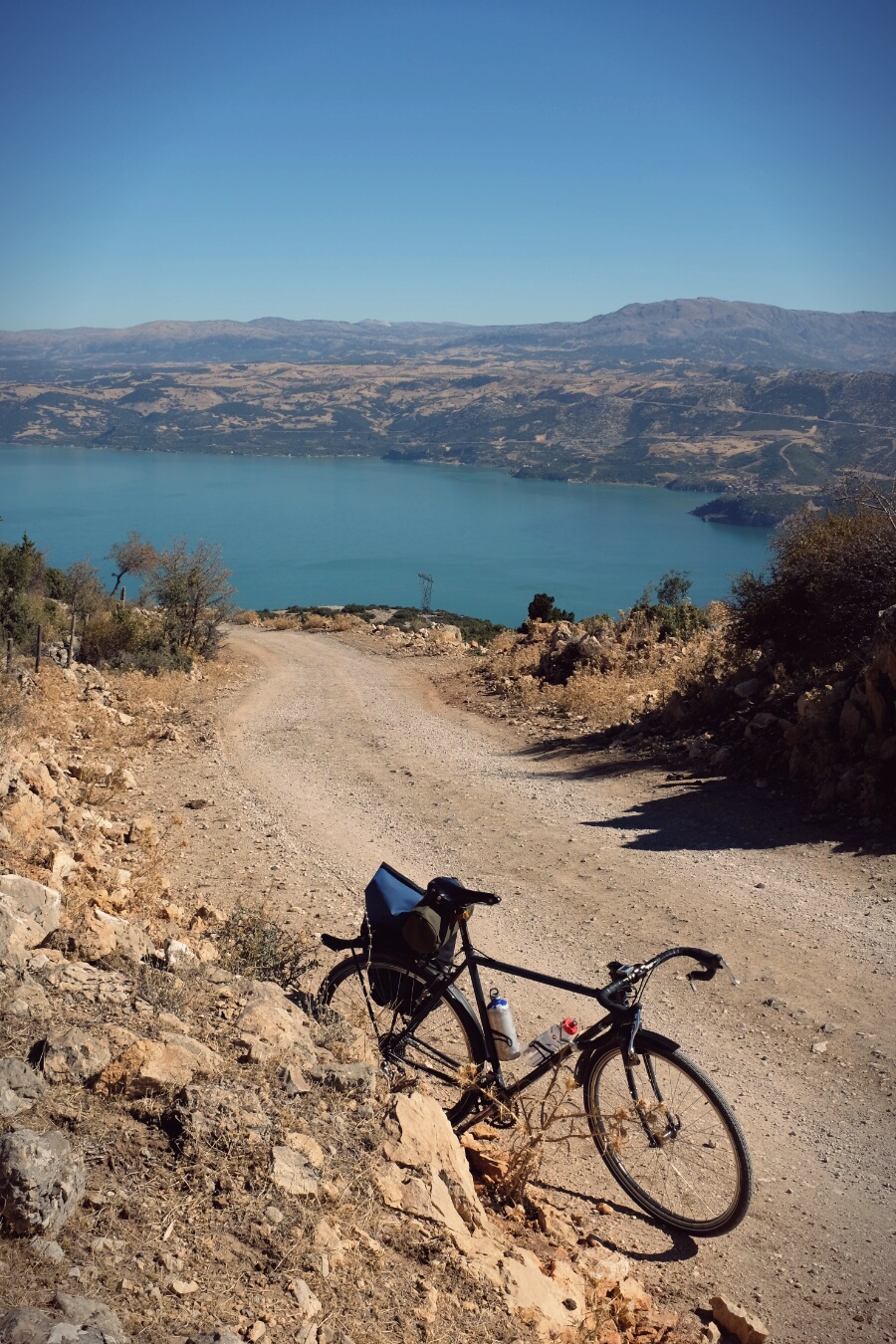 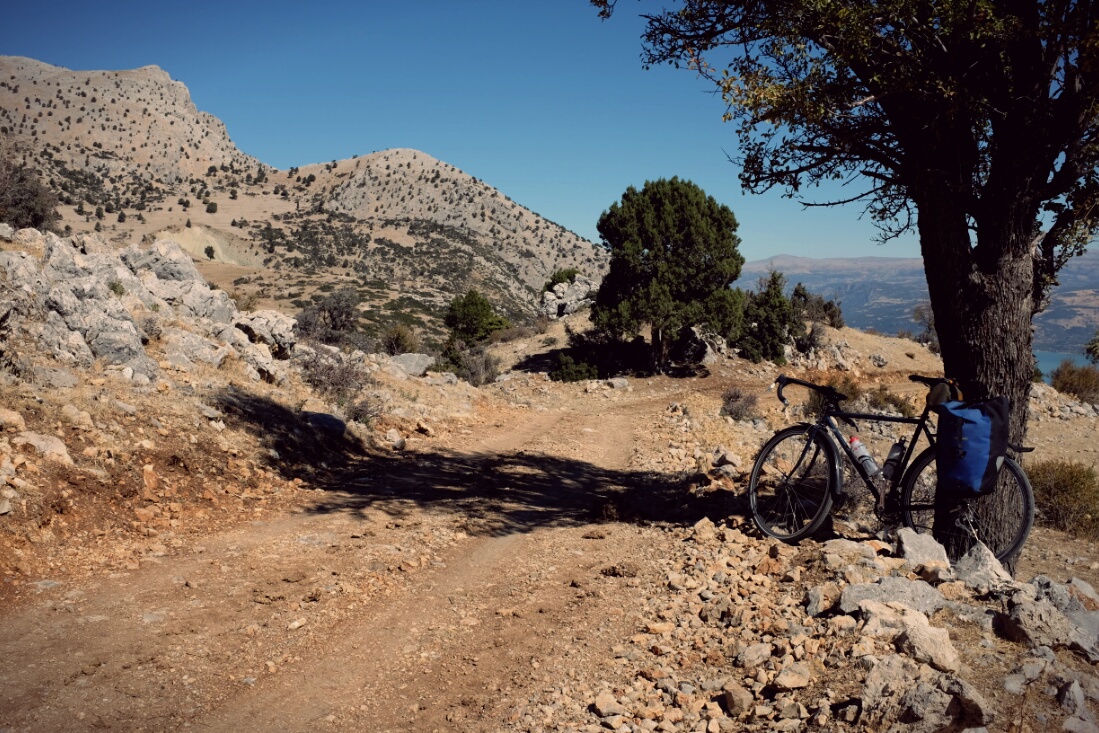 to find some great trails. 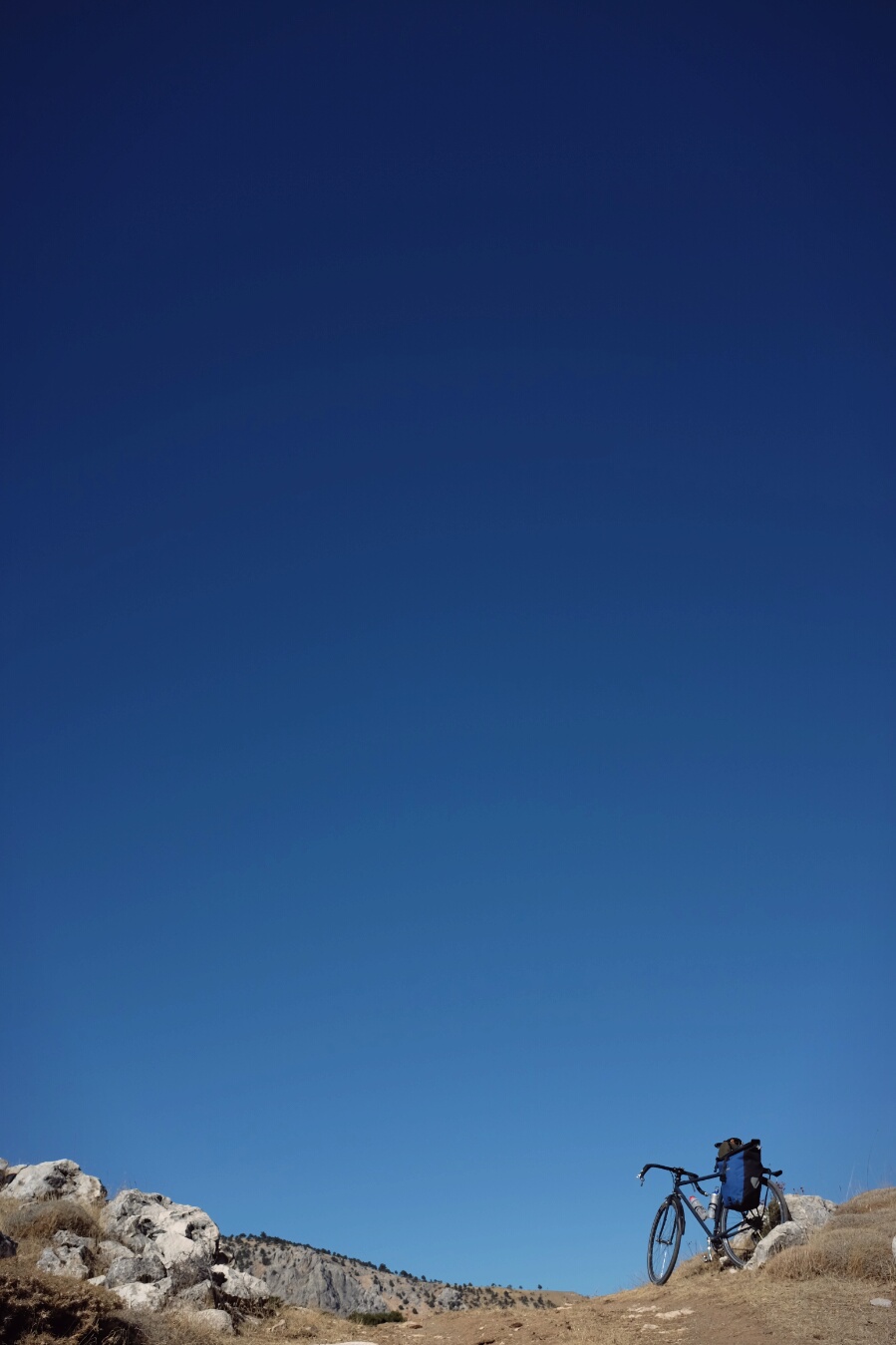 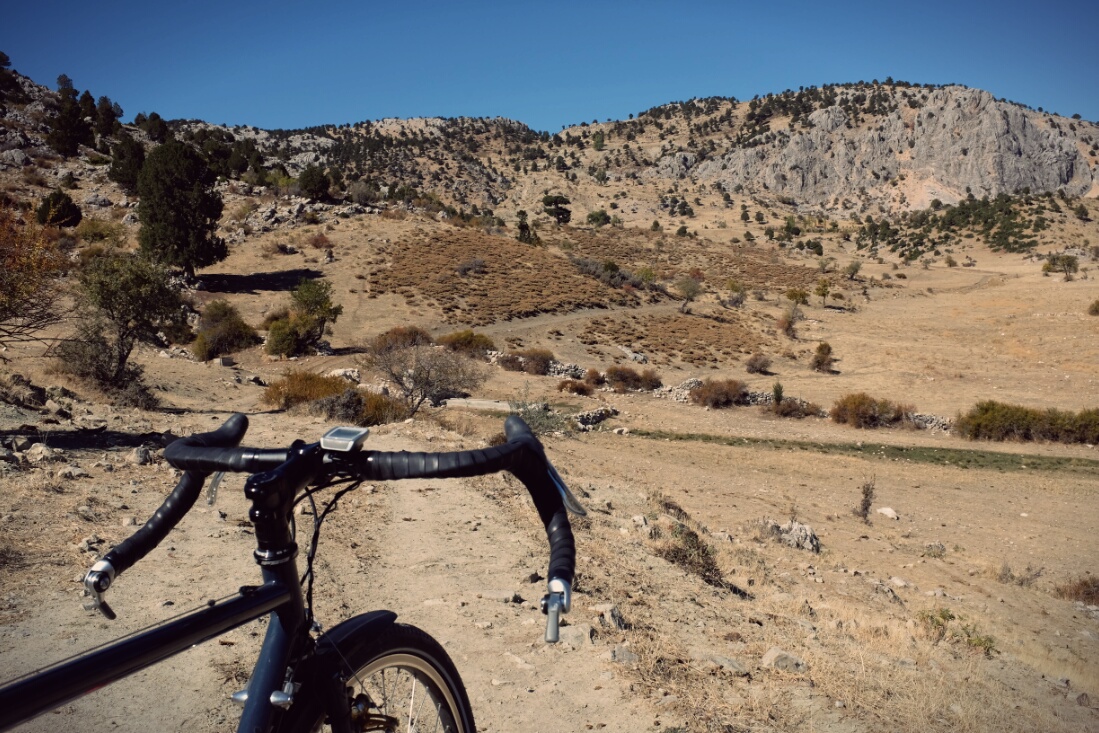 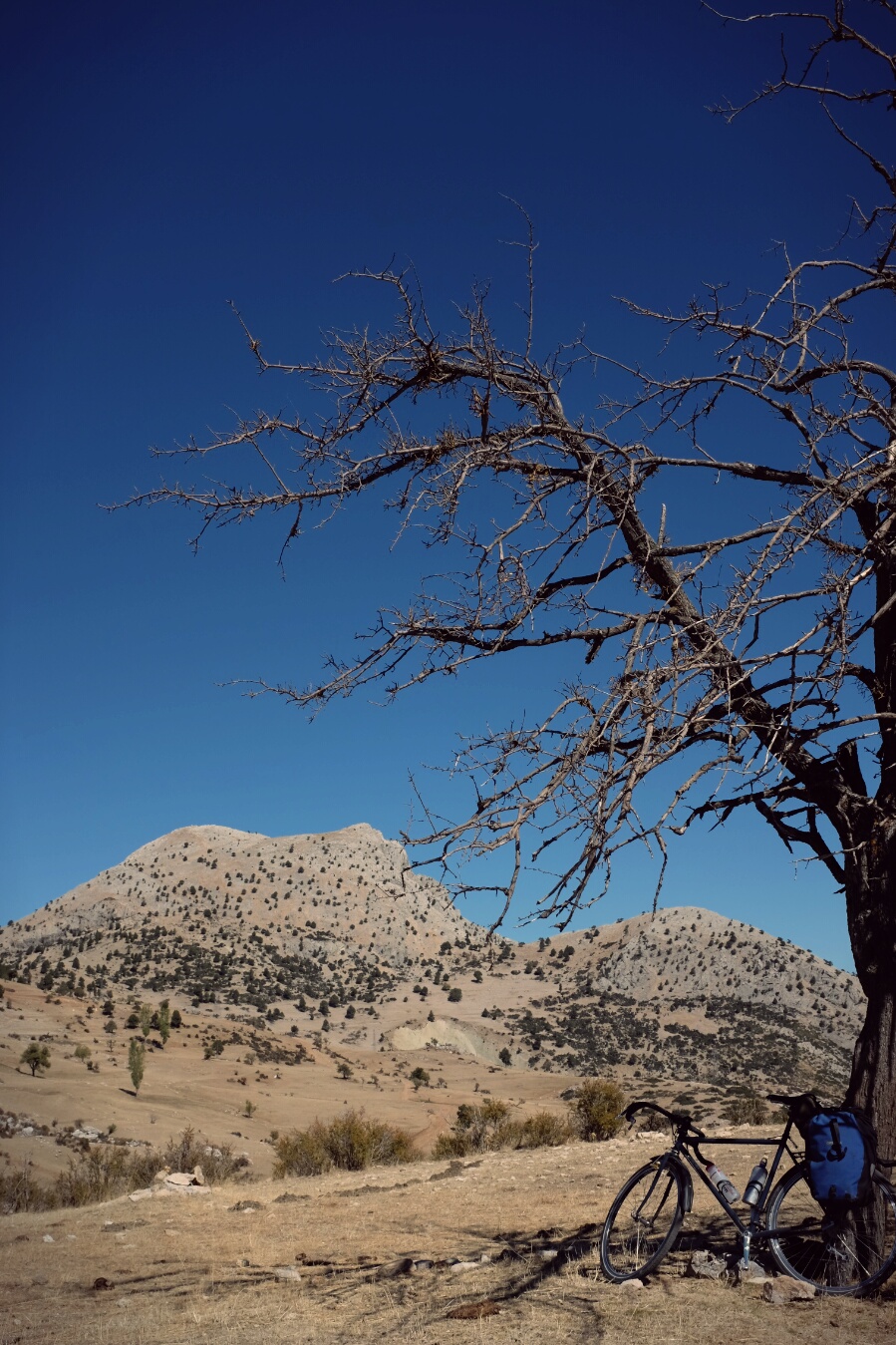 my ‘lunch tree’.. I sat and watched eagles soaring the cliffs. 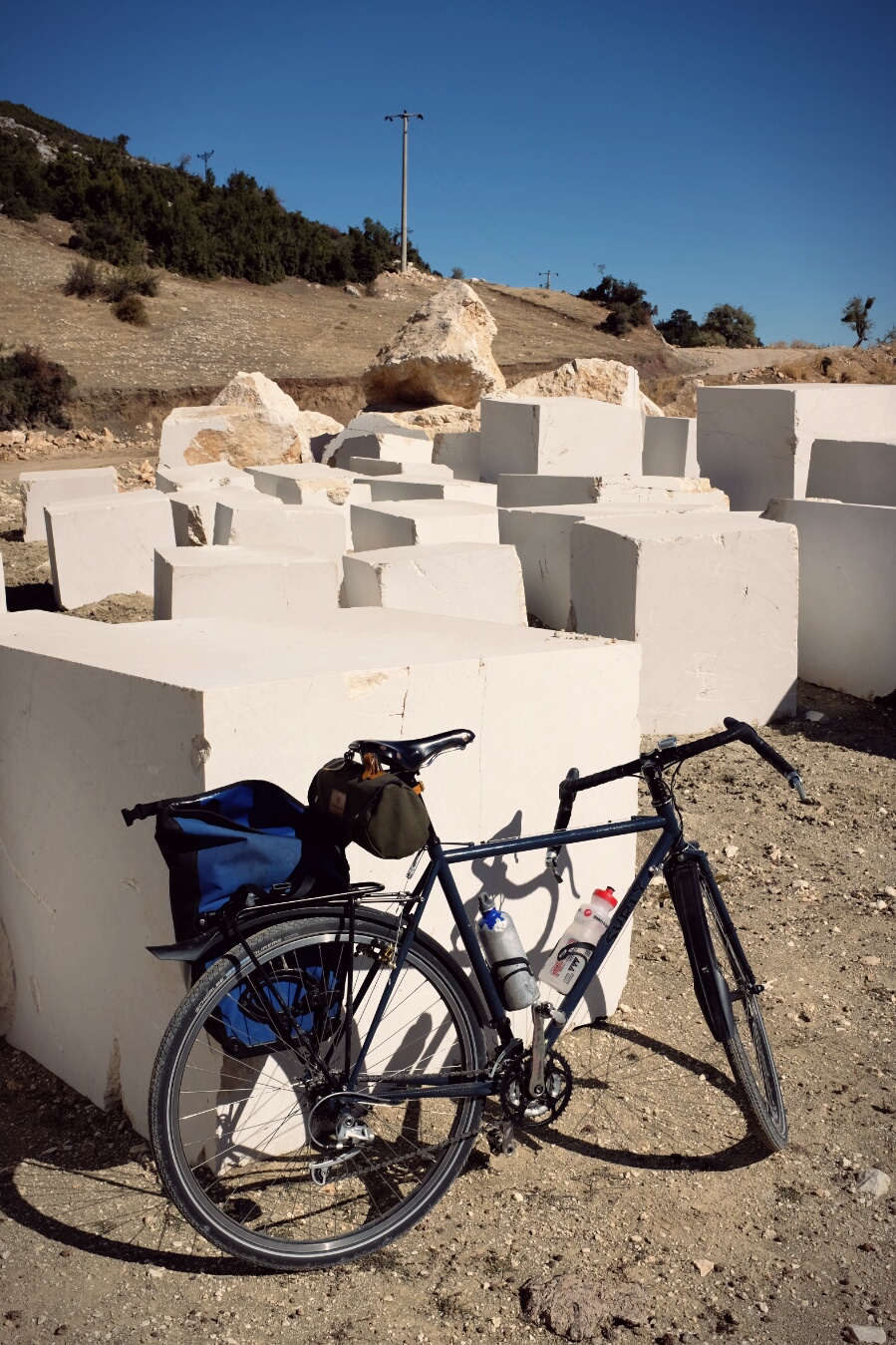 I also stumbled across a small marble quarry.. I didn’t ride right in, blasting was going on… 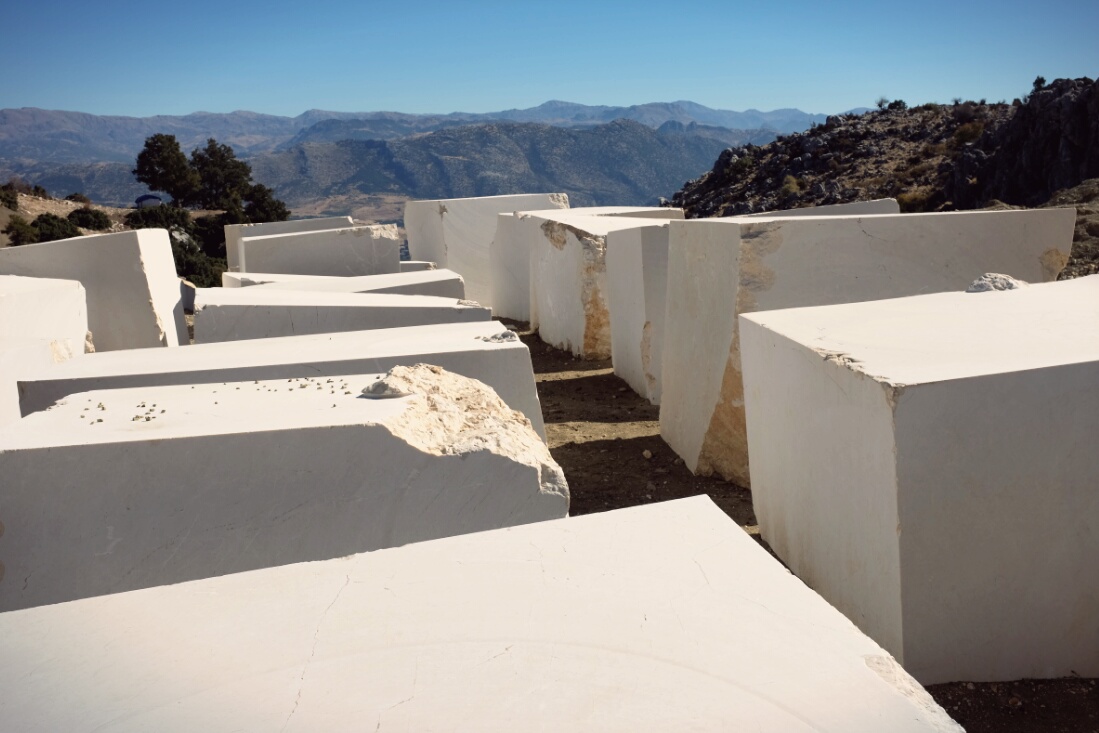 the gleaming cubes stacked in the countryside had a surreal, sci-fi sort of a feel to them..