A few weeks ago when I first wrote about A Boatbuilder’s Story I also mentioned I was working on another project.. as that other project now nears completion I can present a preview I think. It is not a travelog about cycle touring in South America, neither is it a diary. It is simply a photo essay. The draft introduction, still subject to change, says it all..

A journey by bicycle following the Andes from a latitude of approximately 5 degrees north in Colombia to 55 degrees south at the tip of Tierra del Fuego. These are some of the places in between.

I should be ready to go to print in a couple of weeks. 132 pages of interesting photography, initially in softcover only. Naturally I hope you’ll buy a copy ;-) 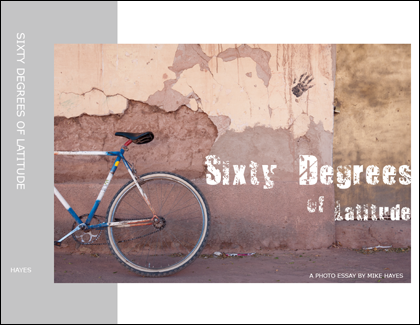 The following are a few screen grabs, they’re small but they’ll give you a flavour..

8 thoughts on “Sixty Degrees of Latitude – a preview”