It is a very rare day indeed when the ocean has not a ripple on the western side of the Lizard Peninsula. Fully exposed to the Atlantic there is usually at least some swell to play with as it surges around and through the various rocks and gullies that characterise this bit of coast. But not today. Not a ripple. While it does not make for particularly exciting paddling it is still a fantastic place to paddle, with little movement in the ocean it possible to gain access to some very tight cracks and gullies at the base of the serpentinite cliffs that are otherwise unapproachable. It is particularly rewarding for the technical paddler that likes to thread his/her kayak through tight spot after tight spot in as elegant a manner as possible, a paucity of strokes giving the illusion of effortless control… well, I enjoy it anyway. The only possible downside being that the bases of the towering cliffs are often in shadow so rubbish for pictures, so I didn’t bother. I did however bother with a few snaps of other bits… 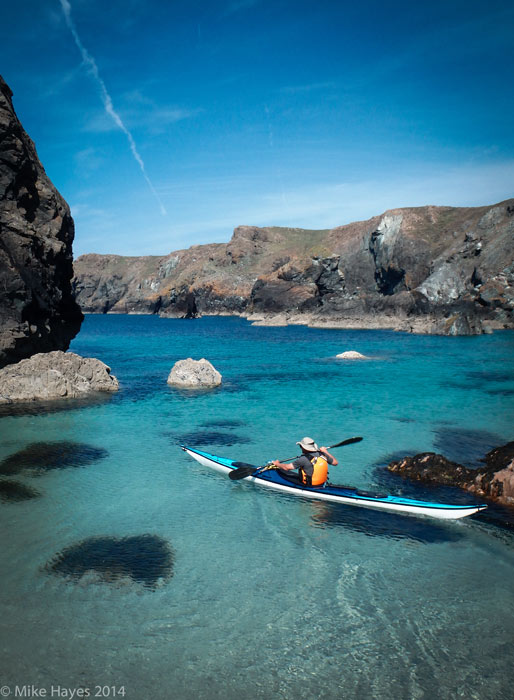 Stunning clarity of water at Kynance Cove. The sandbar here used to be a terrific place to stop for lunch but after the last winter of storms most of the sand has gone.. 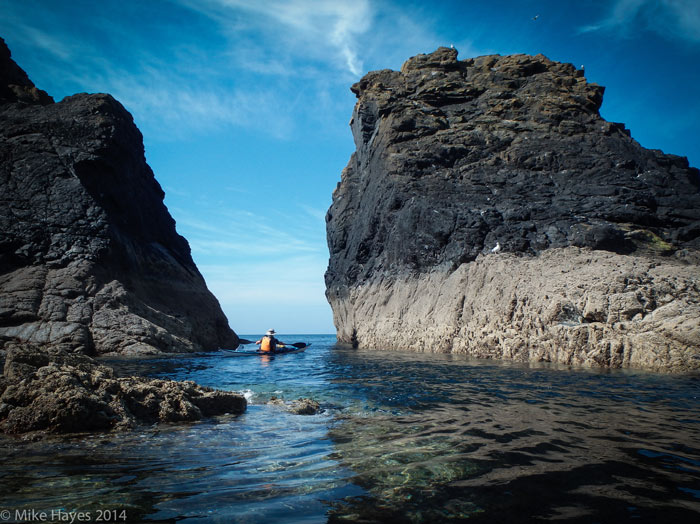 .. the water all around west Cornwall is particularly clear at the moment after a spell of settled weather. It is quite beautiful, especially for seal watching as they glide along beneath your kayak.. 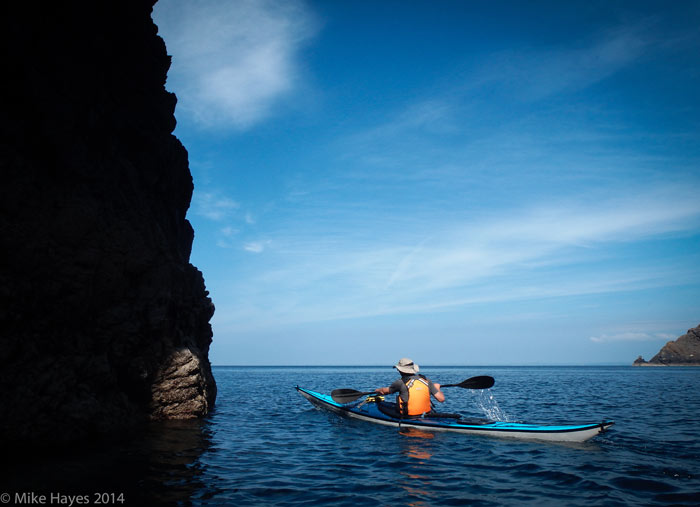 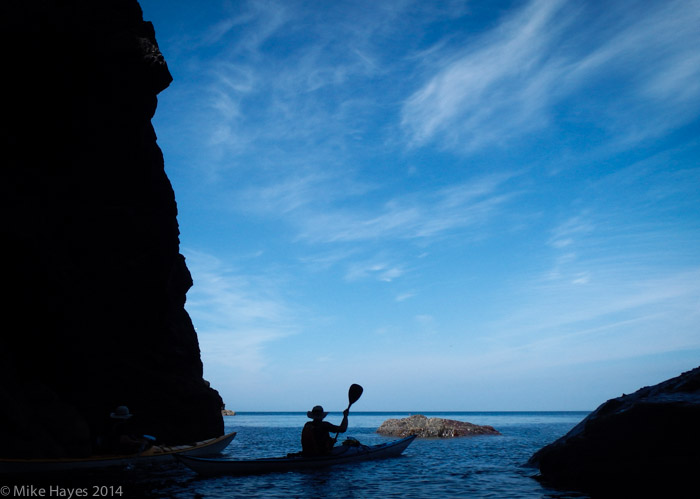 In the shadow of the towering serpentinite cliffs 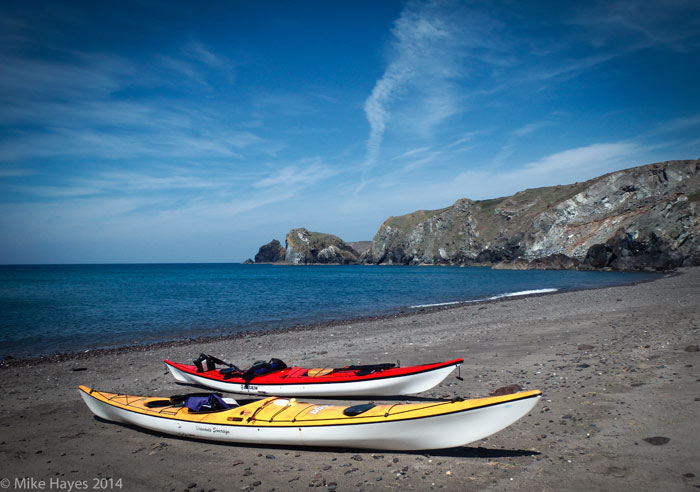 ..and an utterly deserted beach for lunch. One could sense the envy of the hikers on the coastal path above ;-) This is the rather inaccessible Pentreath beach. 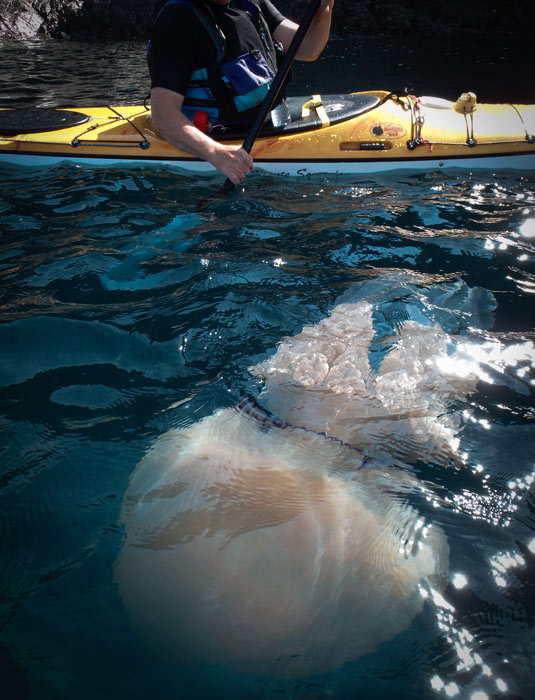 a lot of ‘bleddy big’ barrel jellyfish around at the moment. 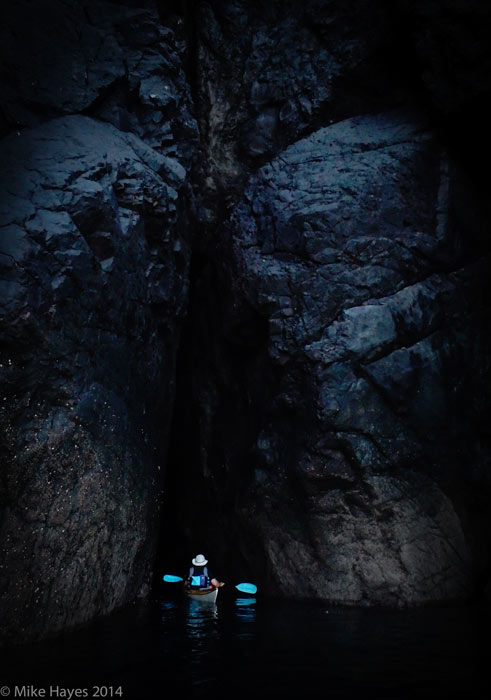 into the belly of the Lizard… this is a particularly good cave that, after a narrow crack of 15m or so opens into a regular cathedral of serpentinite. 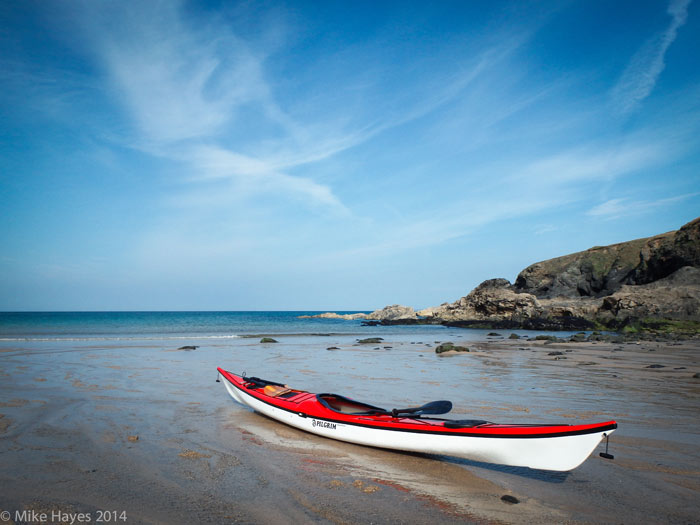 That Nigel Dennis Pilgrim Expedition that came back with me from Anglesey. Nice boat :-) 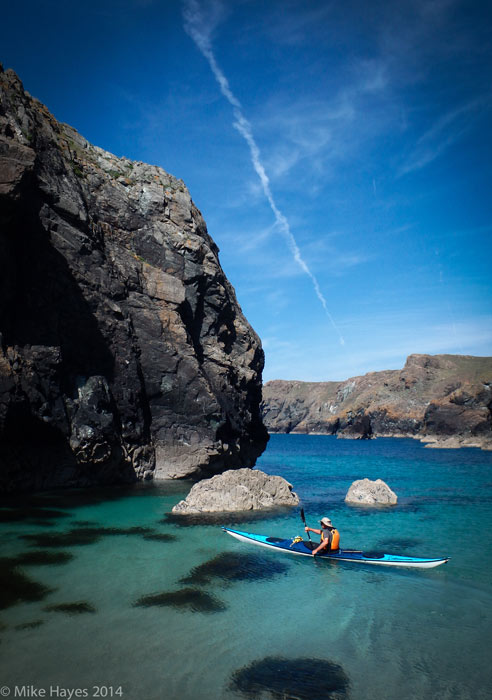 and just before I go and make myself some tea… one more of Kynance cove, just to finish with because it is place with quite a lot of “oh..”