Dusted off my greenland boat, nicknamed by persons other than myself as Darth Kayak,  at the weekend for the first time in ages.. I’ve been paddling it less and less frequently the last couple of years – it’s ultralight construction means it’s not robust enough for the flavour of paddling that friends and I most frequently get up to, and I never really got deeply into the whole greenland rolling scene, but having said that it is a lovely boat to roll and just play around in. I had thought I should sell it but of course having reminded myself what a great, fun boat it is to paddle I’ve now filed that thought away as a momentary error of judgement. 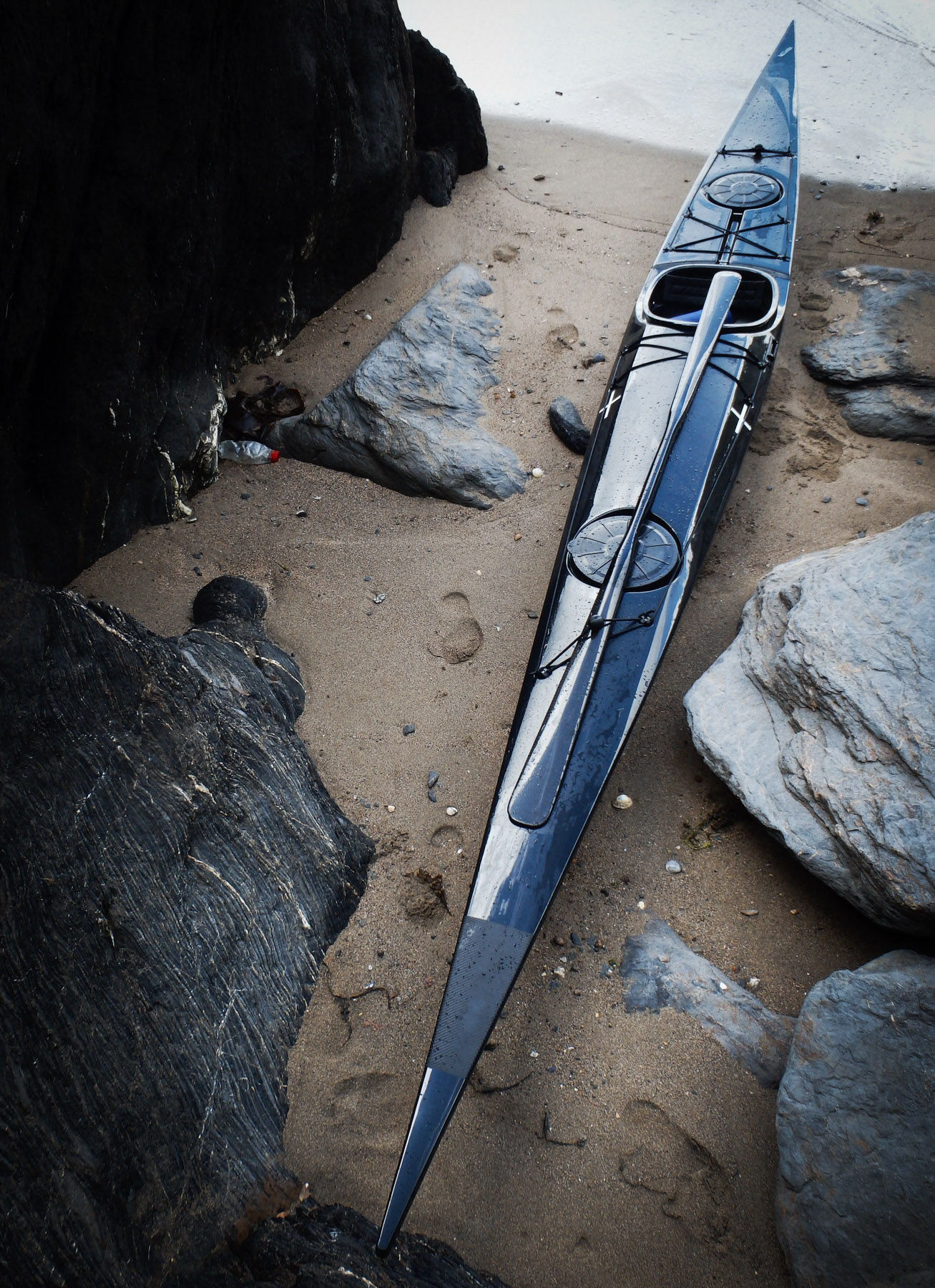 check out my parking at lunch, just slotted her right in there on the crest of a wave… such nice lines.

Apols for the lack of words recently, lacking inspiration.. not for lack of stuff going on.. did have a great day paddling off Lands End in house-sized, well.. bungalow sized, waves more reminiscent of a winter ground swell than summer conditions recently.. but no pics, SD card died unfortunately.. or perhaps fortunately .. things did get a little exciting at times and I had to execute one of the most white-knuckle rescues I’ve ever been faced with, right in the breaking swells tight in under the cliffs, when one of the guys was taken out by a ‘growler’ (a submerged reef, mostly quiet except on which only the very largest swells will without warning of a sudden rear up and suck to a nasty, hollow peak) and was forced to exit his kayak right under the cliffs of Lands End. I probably shouldn’t say this but it was beautiful to watch the deep, curved pit, glowing green with sunlight shining through the crystal clear wall.. while at the same time watching a sea kayak being sucked down into it and thinking ‘ah….’ One does have to keep one’s wits about you when paddling Lands End when there is a decent swell. With submerged reefs all over the place it easy to find yourself paddling up what feels  like the vertical wall on the inside of a deep bowl that has materialised from nowhere in apparently deep water… all good fun. 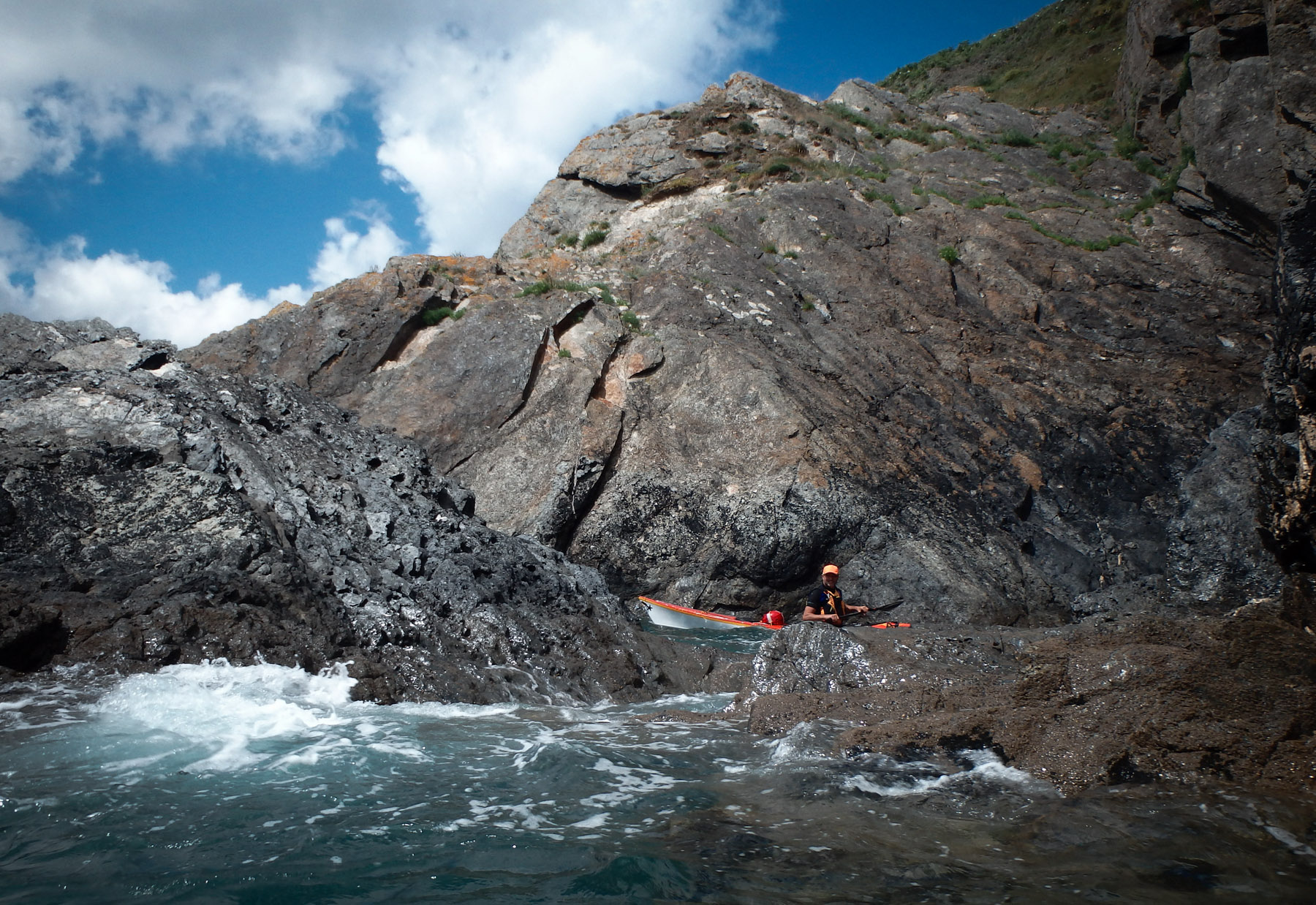 Anyway, I’m rambling… so before I crack on with some work a word about A Boatbuilders Story for all the patient folk waiting for news of publication.. we found another archive of never before published pictures… it’s delayed things a little as we scan and clean up a few to go in the book, but it will be worth it!