Yesterday was the last event in the Cornish Cup series and also the last Open TT event of my calendar for the year. There are still races in August but for me August is reserved for cafe rides with friends, taking cross bikes up onto the moors and paddling. I’m feeling really tired now too, the sort of tired that doesn’t go away in a week… it’s the fault of the weeks of great weather, I’m not very good at resting, especially when sunny, and from a competitive point of view a hard ride followed by some surf and a long sea kayak day out is not optimum with regards to recovery.. but it is fun and life is short so I’ll never change in that respect. Really happy I decided to do a bit of competitive riding again for a bit of fun however, I just squeaked in to the top 9 of the Cornish Cup rankings this year despite only riding 5 of the 9 races in the series thanks to that leg injury back in the spring.. and just one race away from a top 5.. which of course is highly motivating so with a bit of focus this winter I should do better next year…. That the series exists at all is a testament to the time and effort put in by all the event organisers and host clubs and they do deserve a big vote of thanks. The other thing I noticed coming back into the sport after a 5 year break was just how much higher the overall standard is. There was always a few fast guys but now the entries are much bigger and the overall standard is so much higher with lots of riders just seconds apart. It really does matter now.. the few seconds that can be lost on a turn or with a slow start. Neither of which a fixed wheel with a big gear and low BB is good at.. but therein lies part of the challenge ;-) 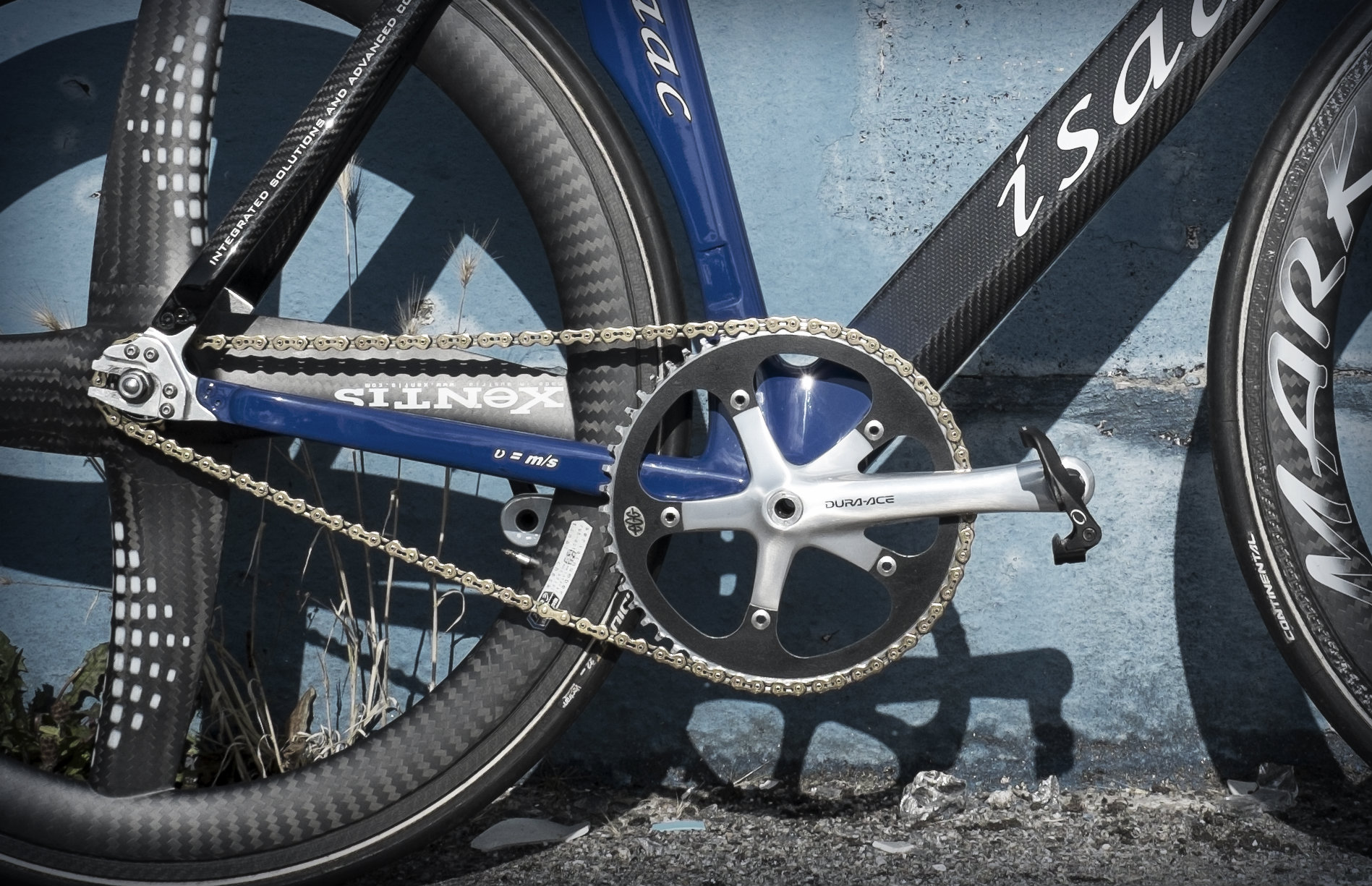 mmm custom 56T ring. I do also have a 57 kicking around but I doubt I’ll ever get to use it on a Cornish course. I’d have to travel more to race flatter events and I’m not sure I’m that dedicated. Chain looks a bit slack I know, it’s not really, I always run ever so slightly slack to avoid any friction loss due to binding of a tight drivetrain.. and that chain is a very heavy duty one.. it sags under its own weight with just the slightest bit of slack.

It’s been interesting, and a heap of fun,racing on a fixed wheel again… surprisingly effective, I usually managed to place somewhere in the fastest 5 or 6 in the Devon & Cornwall fields at Open events and usually somewhere around 1/2/3 in the local club events I had the energy/motivation for. The only change I made through the season was to increase the gear as I found my legs… started the season on 52×14 and for the last couple of races was using a 56×14. I’m asthmatic and my lungs aren’t very good so I’m better at lower cadences where I can trade muscle stress for lower oxygen demand.. my optimum seems to be around 90-95rpm, which on a 56×14 puts me at 30mph  – exactly where I want to be with room to go as low as 20mph or so on the climbs that some of the courses feature, and up to around 42-43mph on the downs.. when on the aero bars the back end gets a bit skittish on poor surfaces when pedalling at very high cadence.. so I tend to use the downs, which inevitably occur after a hard uphill effort, as a little bit of a rest before stepping on the gas again when it feels safe to do so :-) Looking forward to a solid winter of training… but not before lots of on-water time and ‘just riding around’.. This time of year is also inevitably when I start thinking about having a little adventure somewhere.. 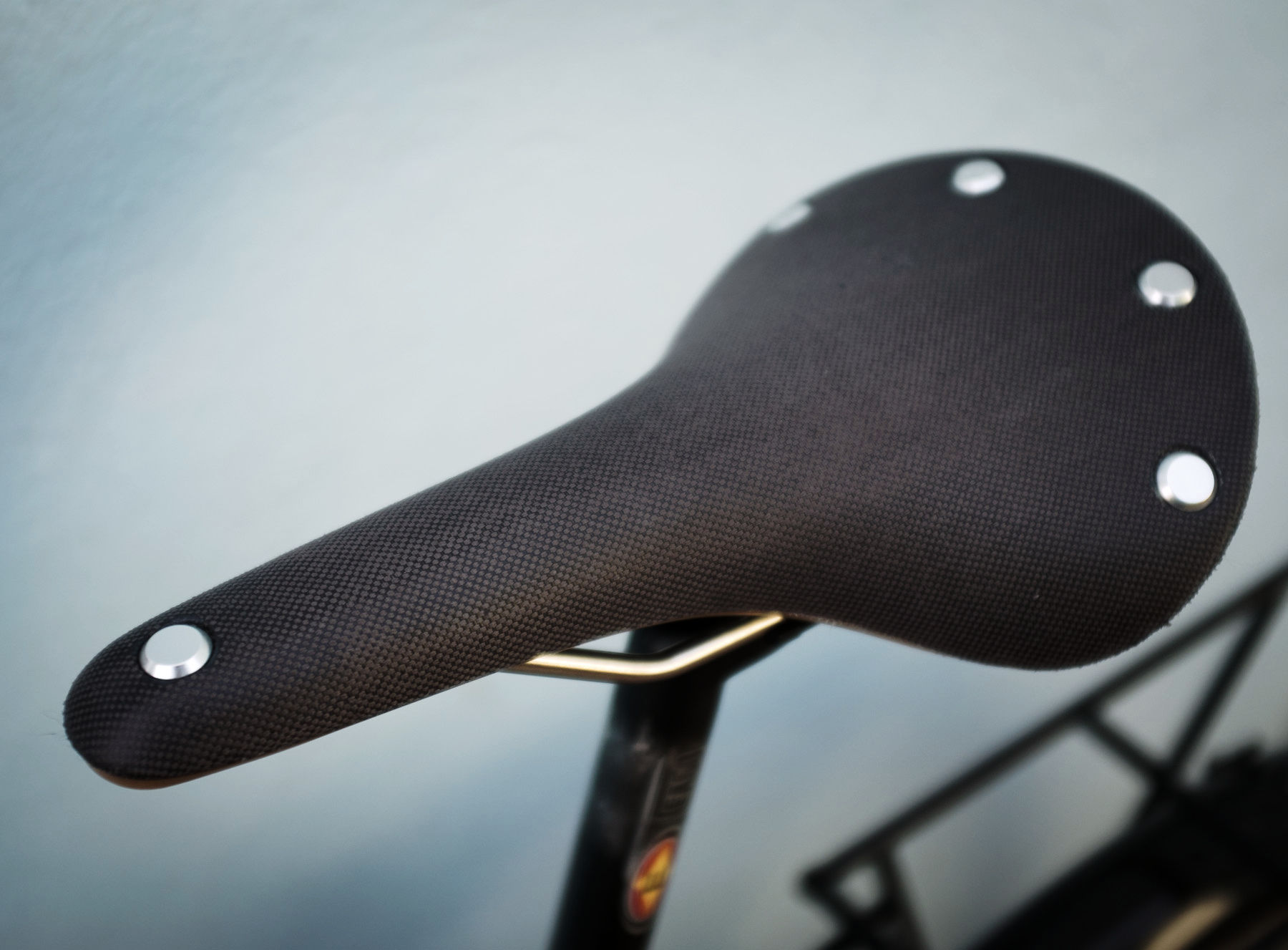 Brooks Cambium. A present for my backside.

Fat tyres I think this autumn and with that in mind I just replaced the worn out San Marco Regal on my Nomad with a new Brooks Cambium. Loads has been written about that saddle that I don’t need to repeat, but I borrowed a demo one for a bit and found it generally ace so treated my backside. As far planning a trip goes.. I’m shockingly bad at planning and generally don’t, so missed the window for getting back to the Himalaya this summer not that it matters.. and the provinces in SE Turkey I wanted to ride through – a little trundle along the banks of the Tigris – are pretty much off limits thanks to the troubles in Syria and Iraq.. I’m also saving some ££ and working through a very busy order book with a view to firmly establishing my business so I can disappear for longer next year… So with all that in mind I decided to pop down to the Atlas Mountains for a 3rd time and do some riding around on backroads and trails with my tent for 3 1/2 weeks in October. Should be fun. Love Morocco and with a return flight for £268 it would have been rude not to.. especially given I managed to get a business class ticket for that price so that my bike is included in my baggage allowance :-)