The name is derived from the Cornish words Maen Eglos, meaning Church Rocks… possibly a reference to the spire of St. Keverne church which is visible from the reef, it is quite likely however that it is an allusion to the numerous gravestones of drowned sailors and their would-be rescuers that can be found in local churchyards… Centuries of shipwrecks, over a hundred, on this notorious reef are responsible for more than 1000 deaths. The wreck of the Mohegan here in October 1898 with the loss of 106 lives was a principle driver in the opening of nearby Coverack lifeboat station in 1901.

It is a forbidding place with a reputation quite in contrast with the idea of being a fun place to paddle a sea kayak in the right conditions. On a big spring tide, such as yesterday (the biggest tide in two decades in fact), the flow rates can exceed 5 knots as the water swirls around and over the many rocks, most of which lurk just below the surface and are only visible at low water. Throw in some wind and swell and conditions here will be in dramatic contrast to more leisurely conditions just a few hundred meters away. Even on a fun, bright and sunny day when messing about with mates it is sobering to reflect on the darker side to these rocks… 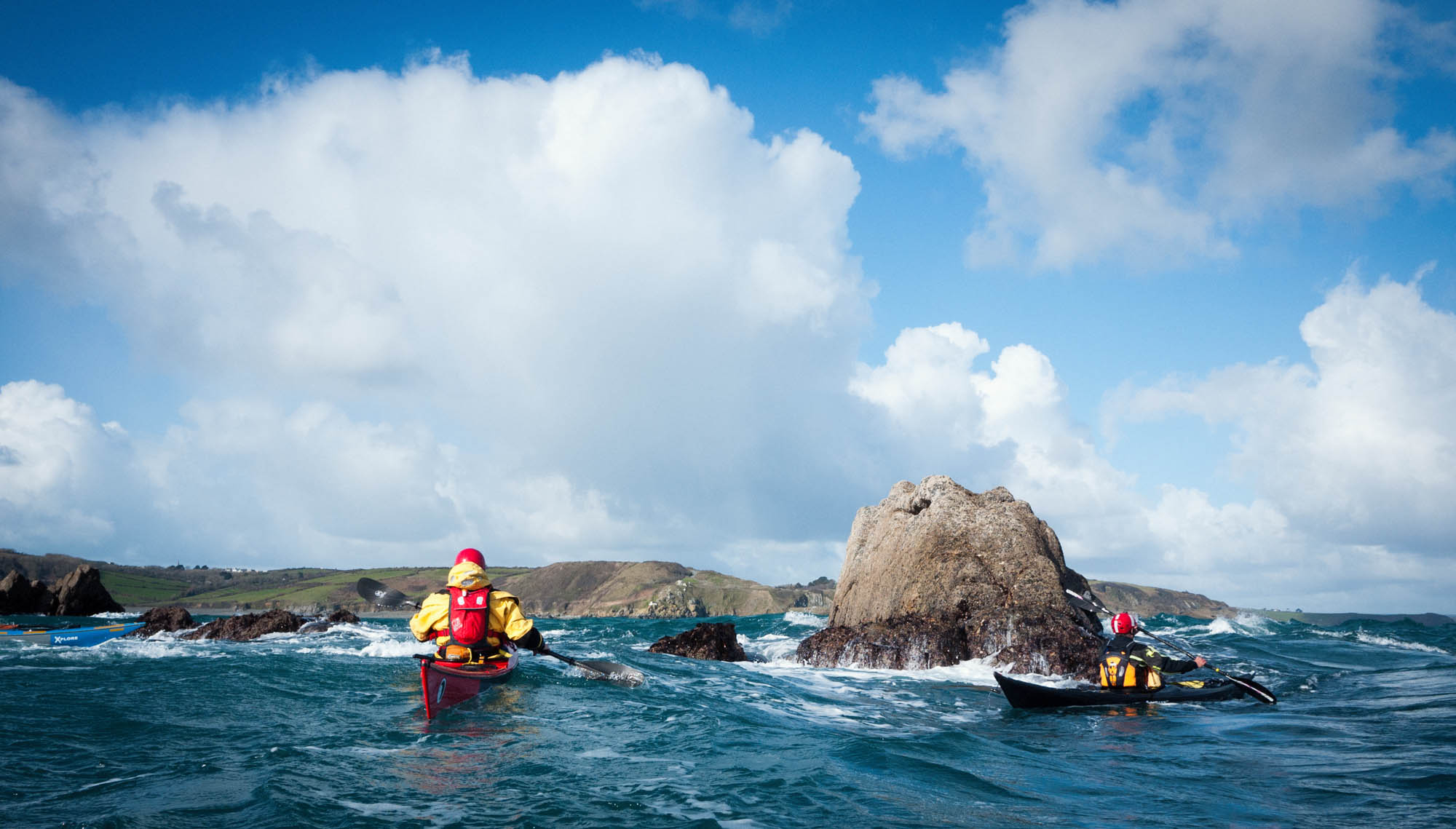 A fabulous bright and cold winters day. With a force 7 northwesterly blowing and some high rates of flow the only pictures I have are like this one.. sheltering for a moment in an eddy… some idea of the flow visible to the right of the rock. 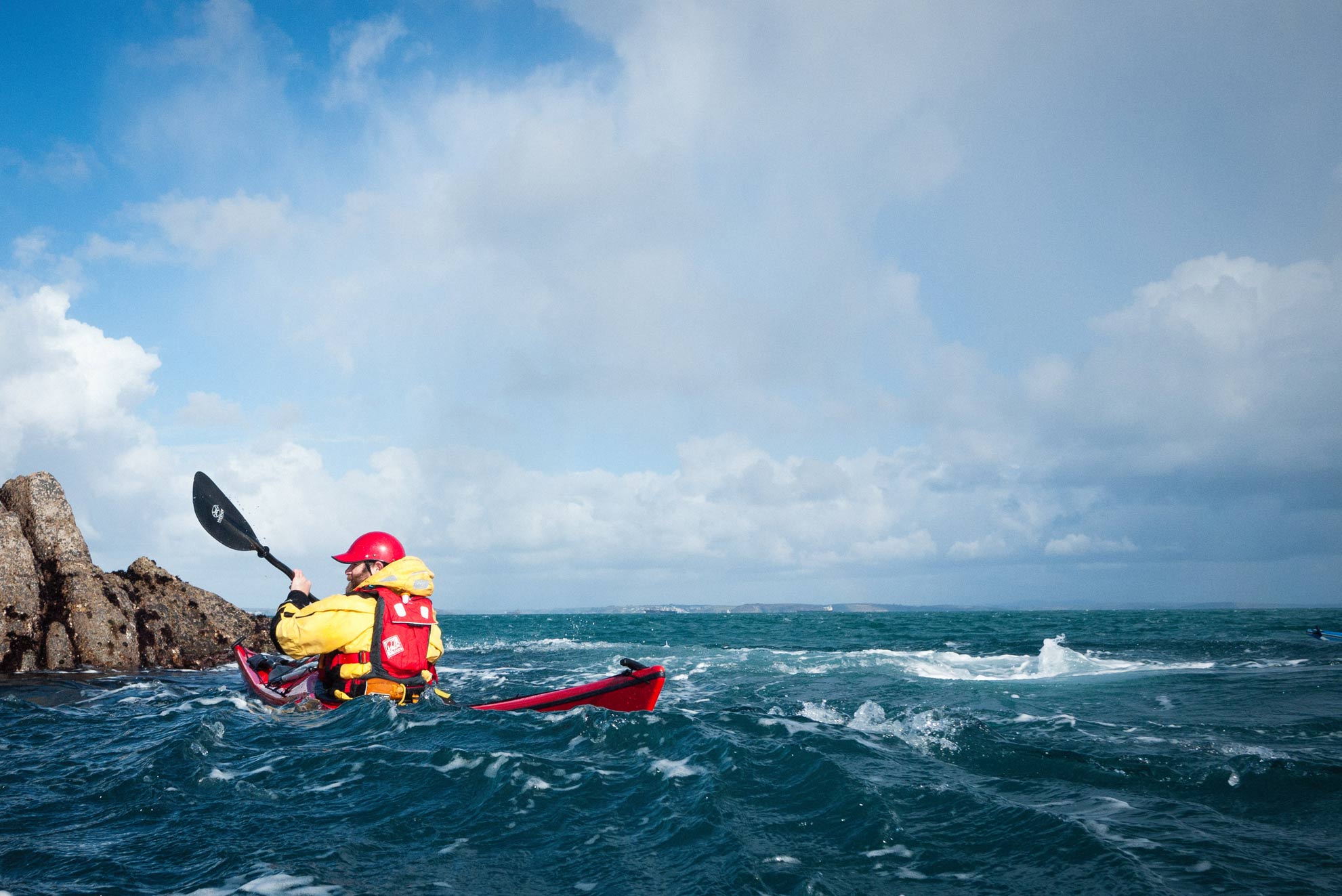 really bright, crisp day perfect for making the most of colours.. bit of a whirlpooly thing developing on the right

2 thoughts on “The Manacles”