There was quite a thick layer of frost on the sand as I carried my kayak down the beach yesterday morning but with just a light northerly and not a cloud in the sky the sun soon sorted that out as it rose from behind the hills. It turned out to be a simply perfect mid-winter day. 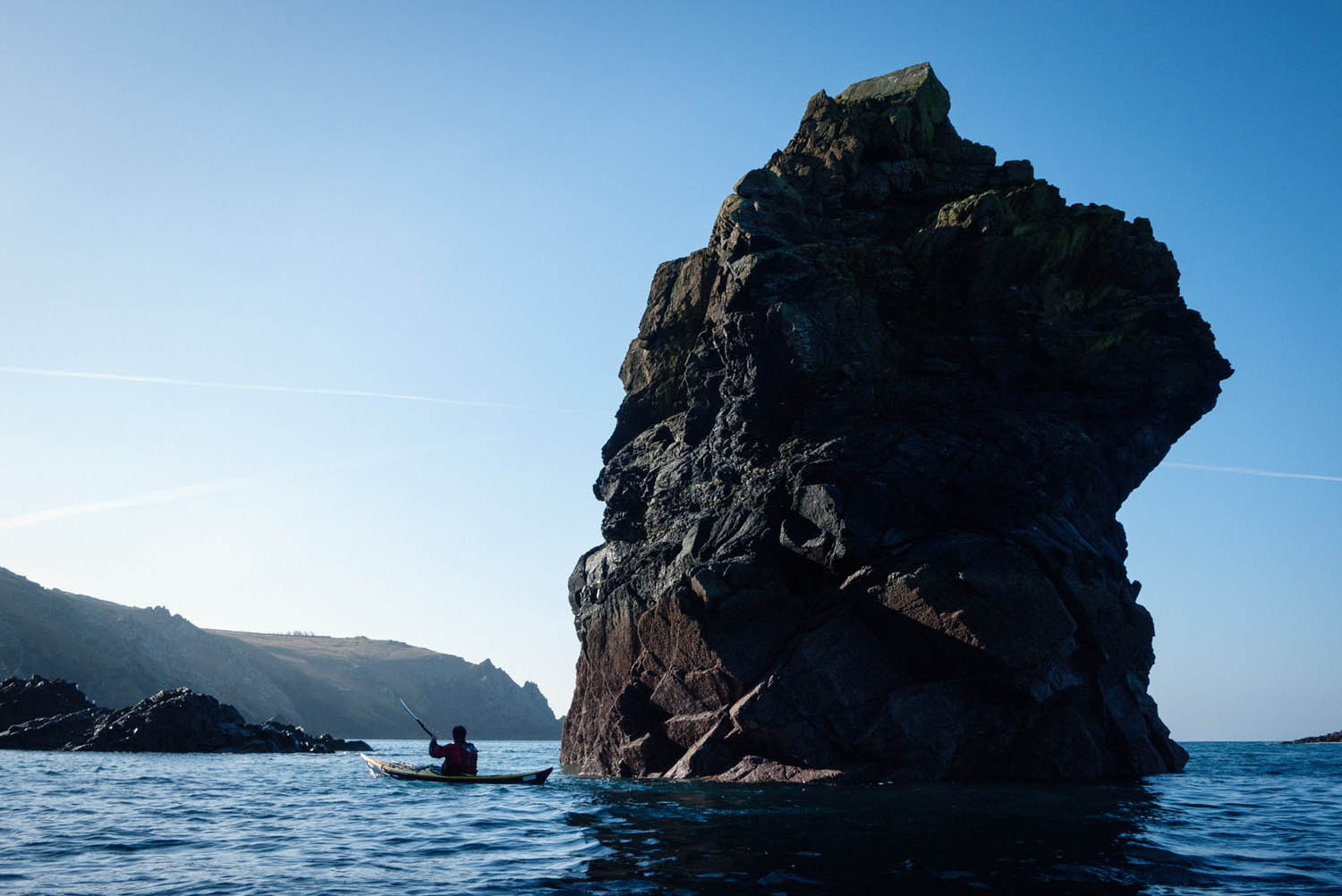 Paddling by the stacks off Mullion, this part of the Lizard peninsula has a bit of shelter from Atlantic groundswells which almost invariably come from the west.. 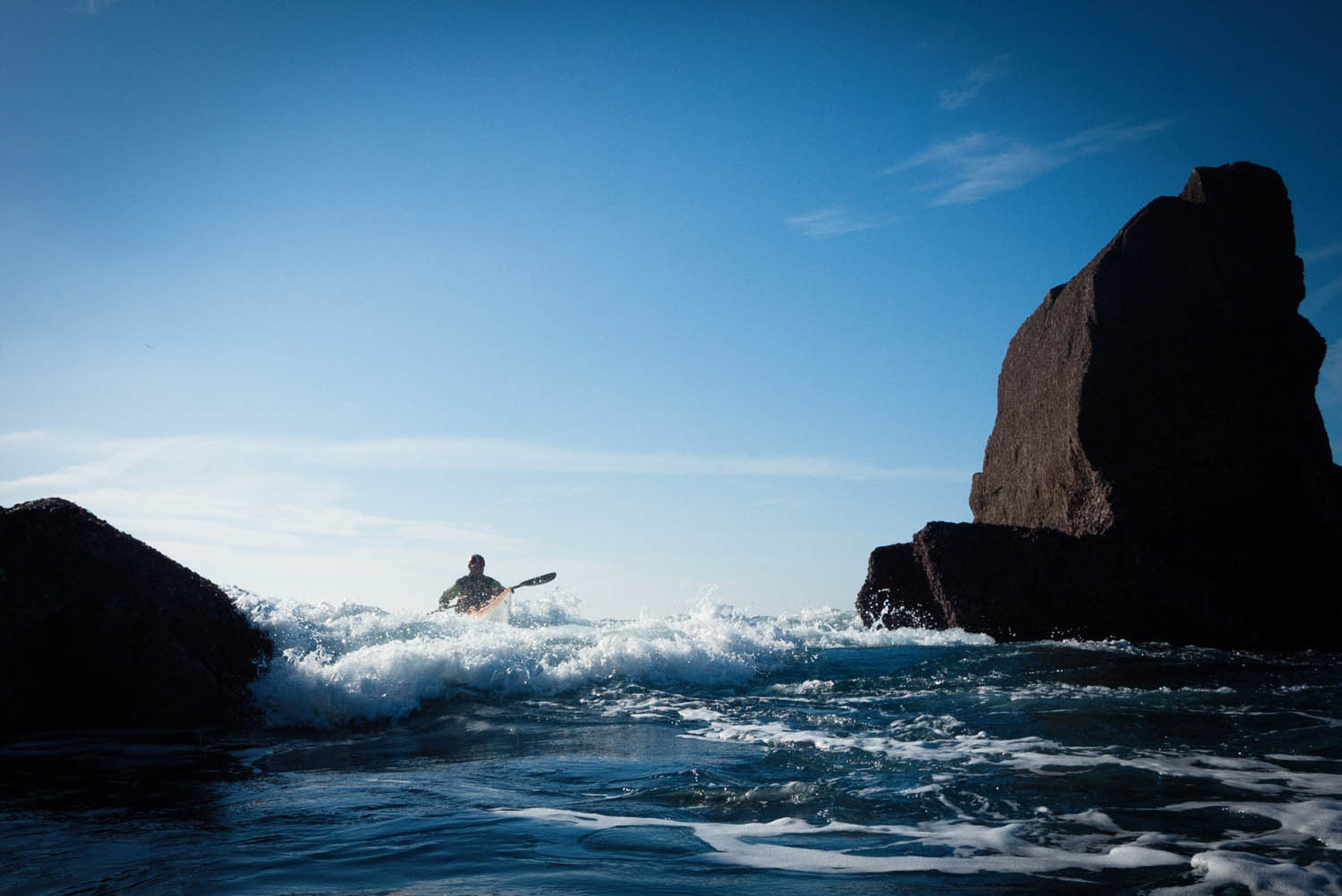 ..but as you move south out of the ‘shadow’ of the Penwith peninsula the swells build progressively. Wit the right amount of swell this stretch of coast has some of the best rock-hopping in Cornwall. Yesterday the swell was just right – a powerful, long period ground swell, not so big as to make it impossible to get into the really tight places that characterise this coast, but to make it timing critical and provide plenty of amusement playing with the  hundreds of tons of water surging through gaps and over submerged reefs, surfing gaps and wash-overs. We only made a 25km journey but ‘wasted’ a lot of time playing with spots such as this. 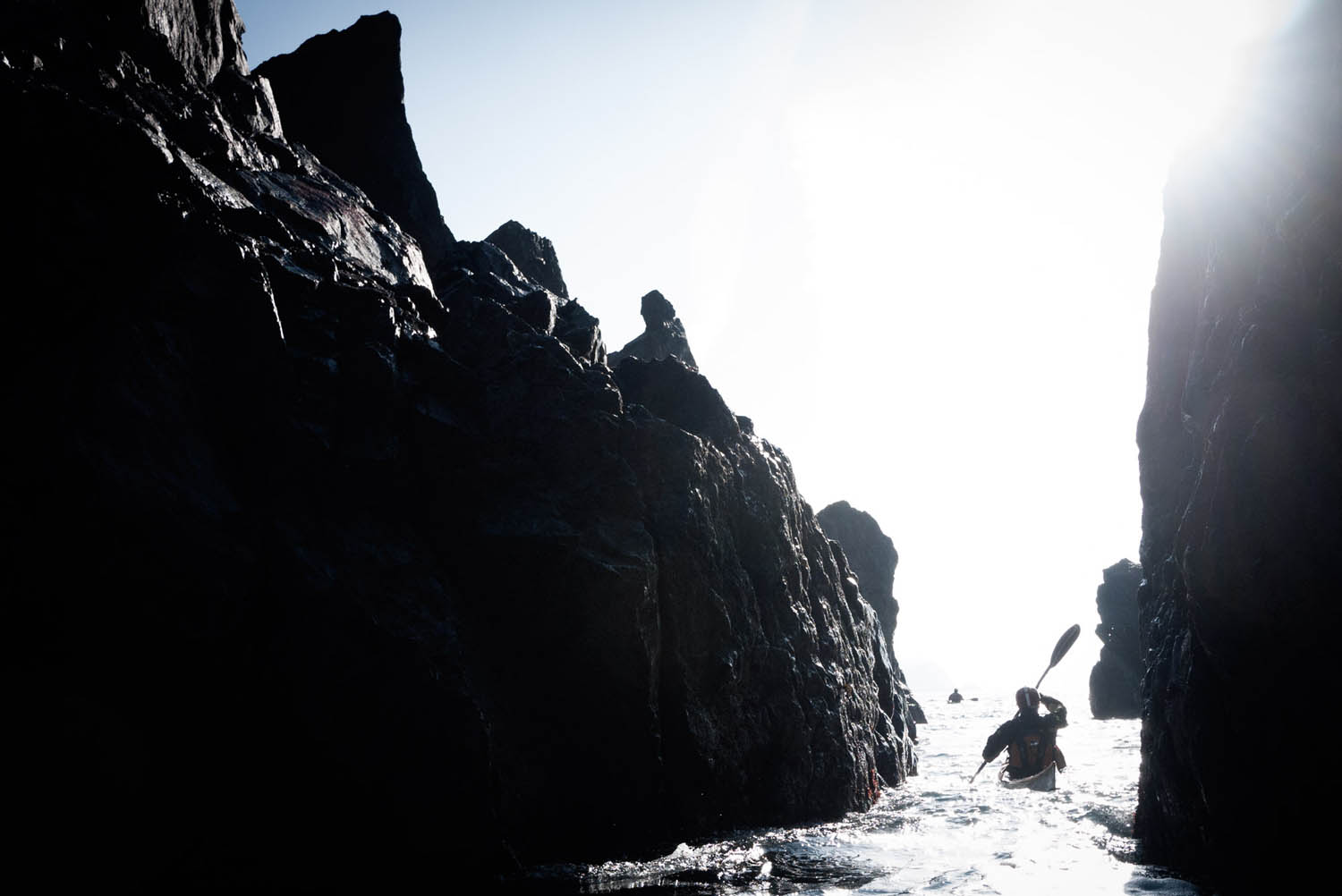 With a swell period of around 20s the ocean was deceptively quiet with little movement apparent at the surface… until the next pile of water came charging in. Just bloody lovely. Best day on the water so far this year. 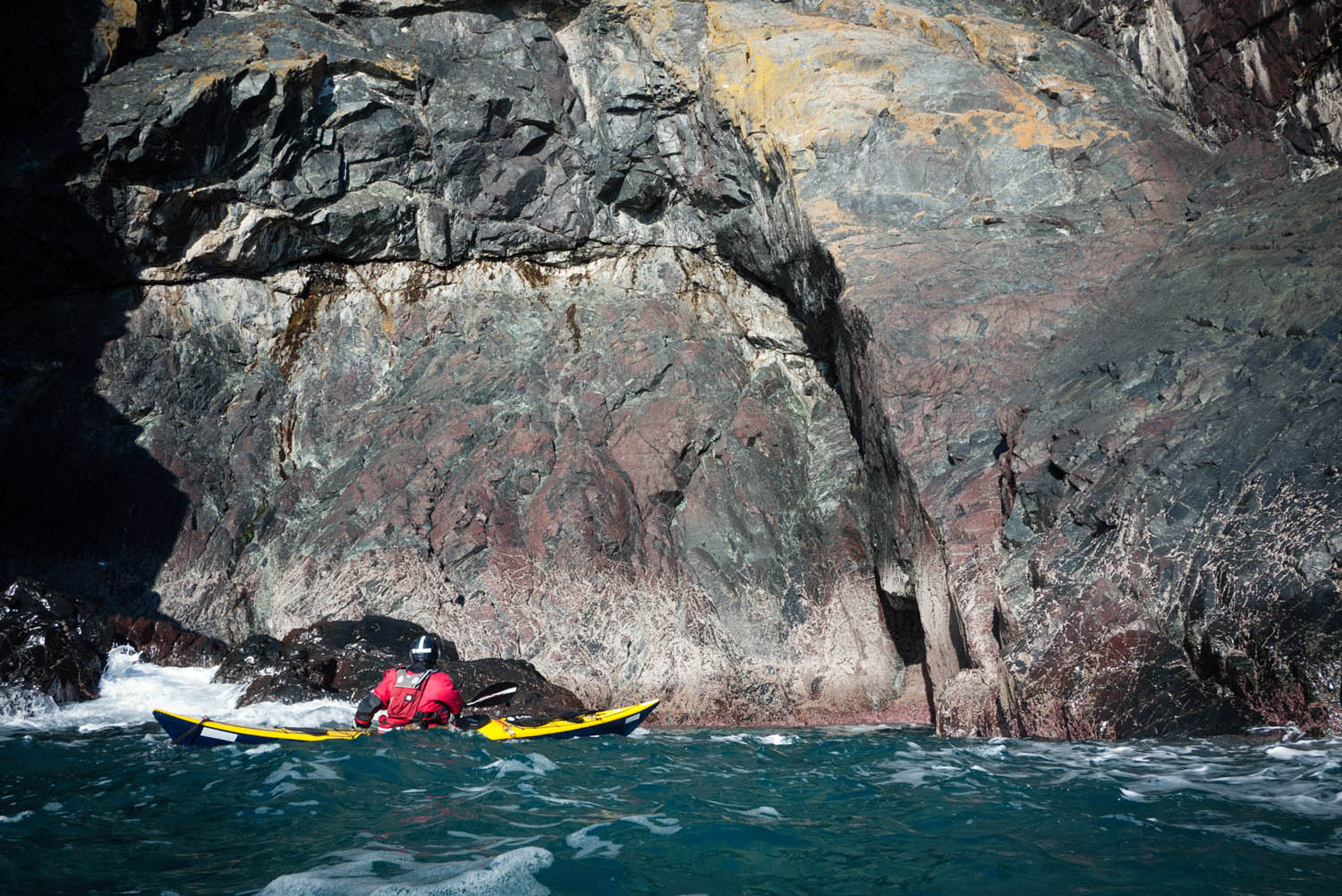 A look at the Serpentinite cliffs of the Lizard

Incidentally the name of the peninsula ‘Lizard’ is nothing to do with reptiles. It is instead a derivation from the Cornish “an Lysardh”, meaning “the high court” apparently.

6 thoughts on “A perfect mid-winter day”