I’m really happy, got my Inner Line Permit. It had been on my mind a little because I kept hearing and reading all sorts of conflicting information regarding the application. As a solo traveller I would not have been able to get the permit from the government offices in Shimla or Kullu, and even had I been able to get a group of 4 or more together (the rules… apparently) it still depends on the whim of whichever official one deals with…allegedly. Reckong Peo is supposed to be the easiest place, also the last place, to get a permit for for the Tibet border regions. I had heard that the rules would still apply… but not always, typically India… and as it happened I met a friend, Nico, here so we were able to apply together… the forms I saw indicated that two people need to apply together (no need to travel together, it’s just the application) so everything worked out brilliantly, and there were no problems in being issued the permits. Hurrah.It’s great when stuff just sorts itself out… as it so often does if you let it :-) 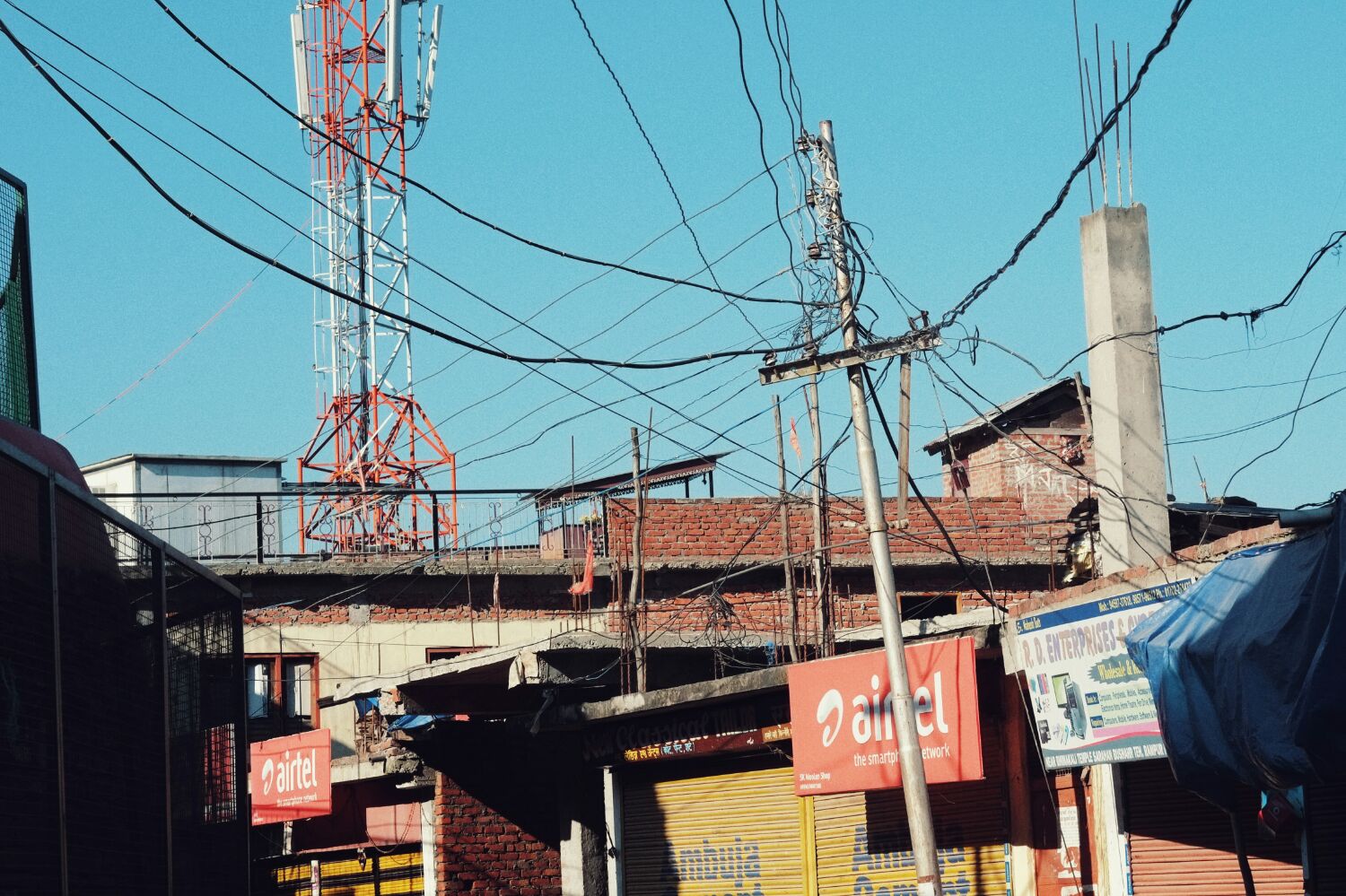 Often when I make a journey there are some days on the bike that I would describe as being necessary but that are outside of the reason for the adventure. The days to Rampur and Sarahan from Kullu were very much of that flavour. The riding was fine but not really exciting. Just days that have to be done. That all changed after Sarahan. The village of Sarahan is just 39km from Rampur, all uphill mind, so given I was still feeling fragile I figured it would be a good morning of riding from Rampur without being too difficult. The final 17km however were really bloody steep, switchbacking up the mountainside, and not having been able to eat much I found it rather hard… every fibre of my body was hurting when I finally rolled into the village. 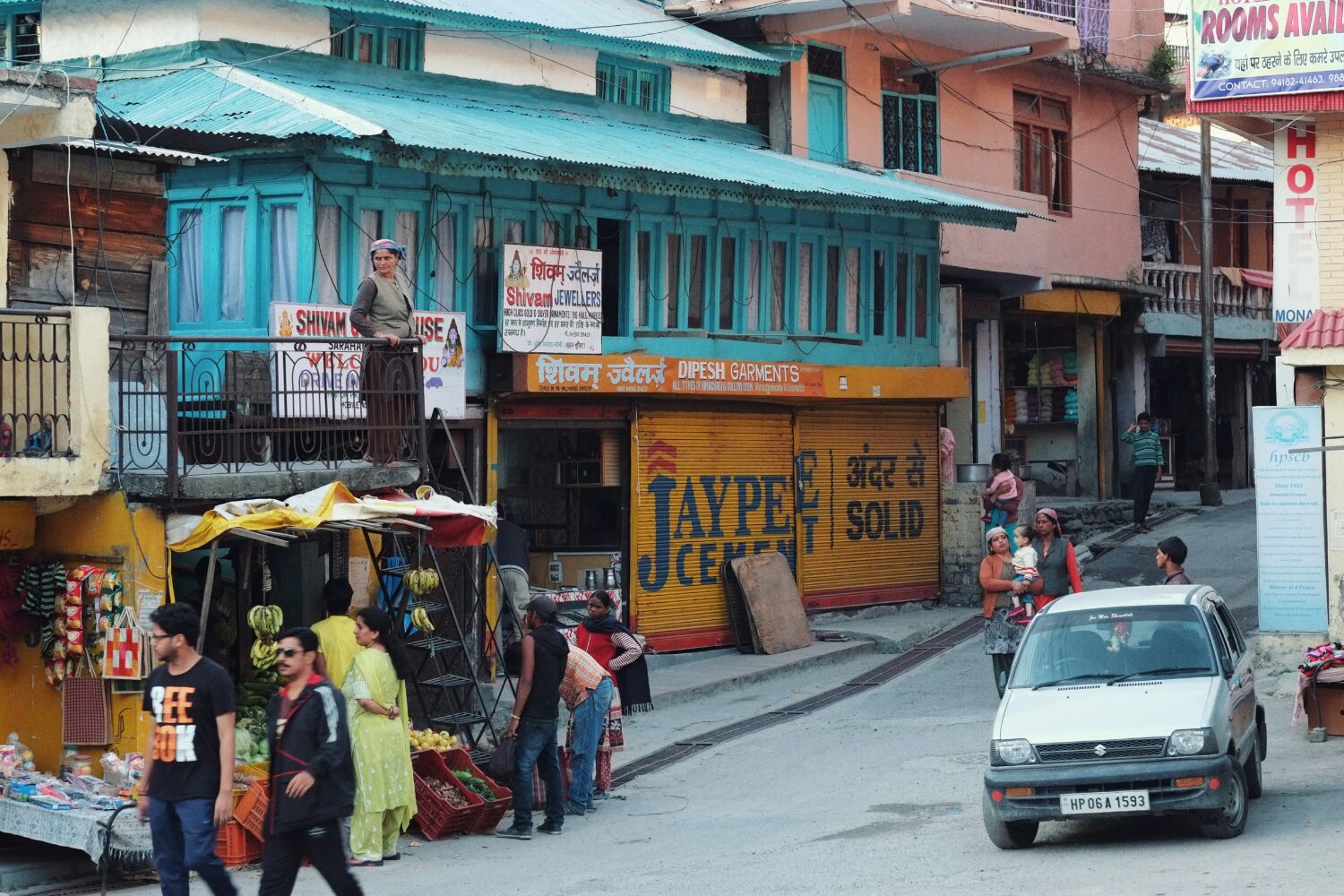 Sarahan is a quite a mellow little village, friendly, and dominated by a beautiful Hindu temple complex. I took a bed in the very basic temple dormitory for just 70 rupees (about 70p). Stopping there was a good move… later that afternoon I met Nico, a chap from Barcelona… mathematician, software developer and very well read…  we had loads to talk about. Staying put the next day by way of continued recovery, and being lazy, was an easy decision :-) 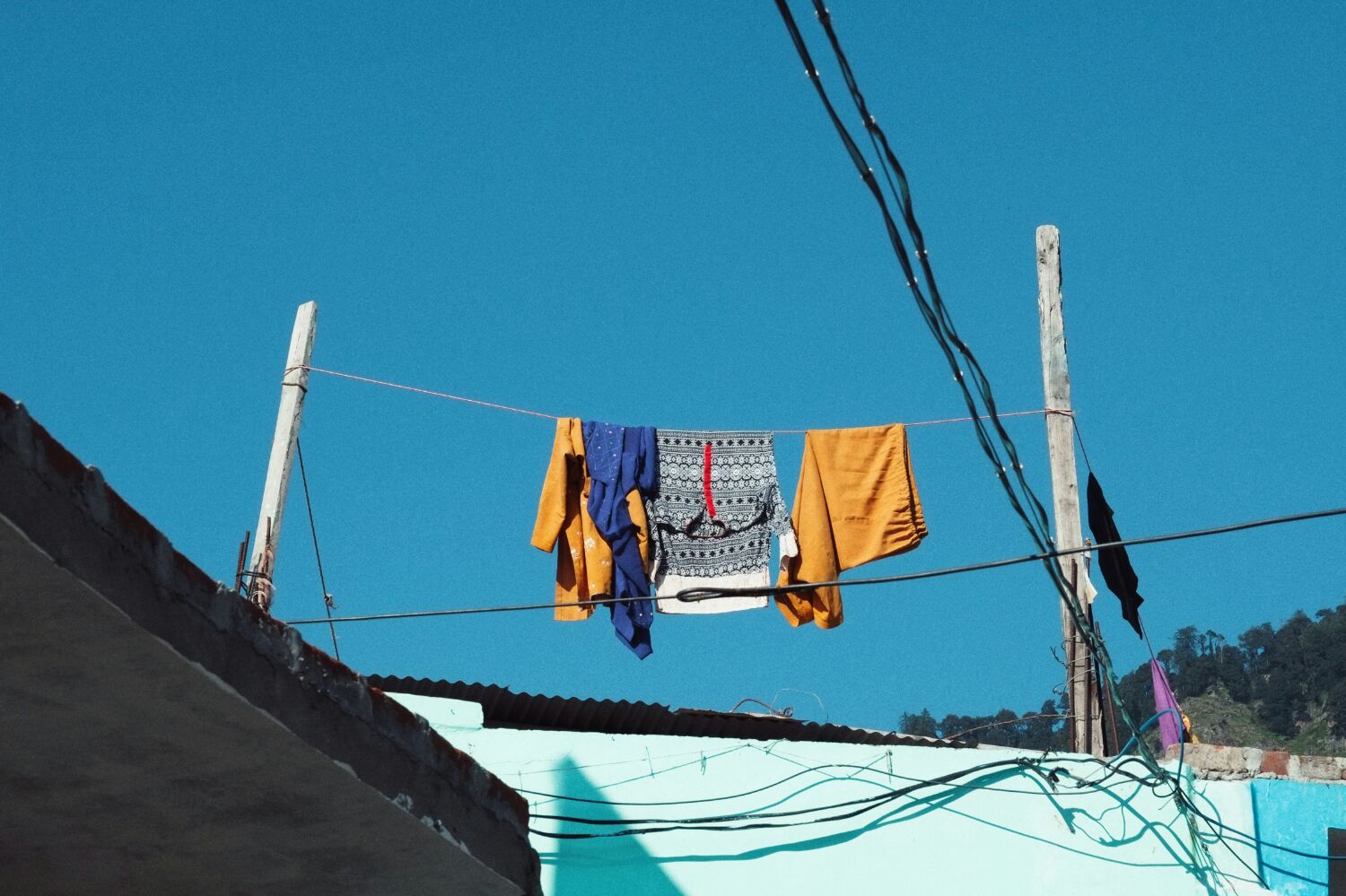 The road north from Sarahan is where the riding really begins to get interesting. Gently uphill, asphalt to begin and carved out if the almost sheer valley sides it is an engineering marvel… and fantastic riding. This day was very much one of transition…  As I slowly gained altitude lush, tropical India began to morph into a more arid, barren, rugged landscape, the road became rough, dusty dirt and Hinduism slowly gave way to the Buddhism of the mountains – prayer flags fluttering in the wind by the roadside and draped across the bridges. 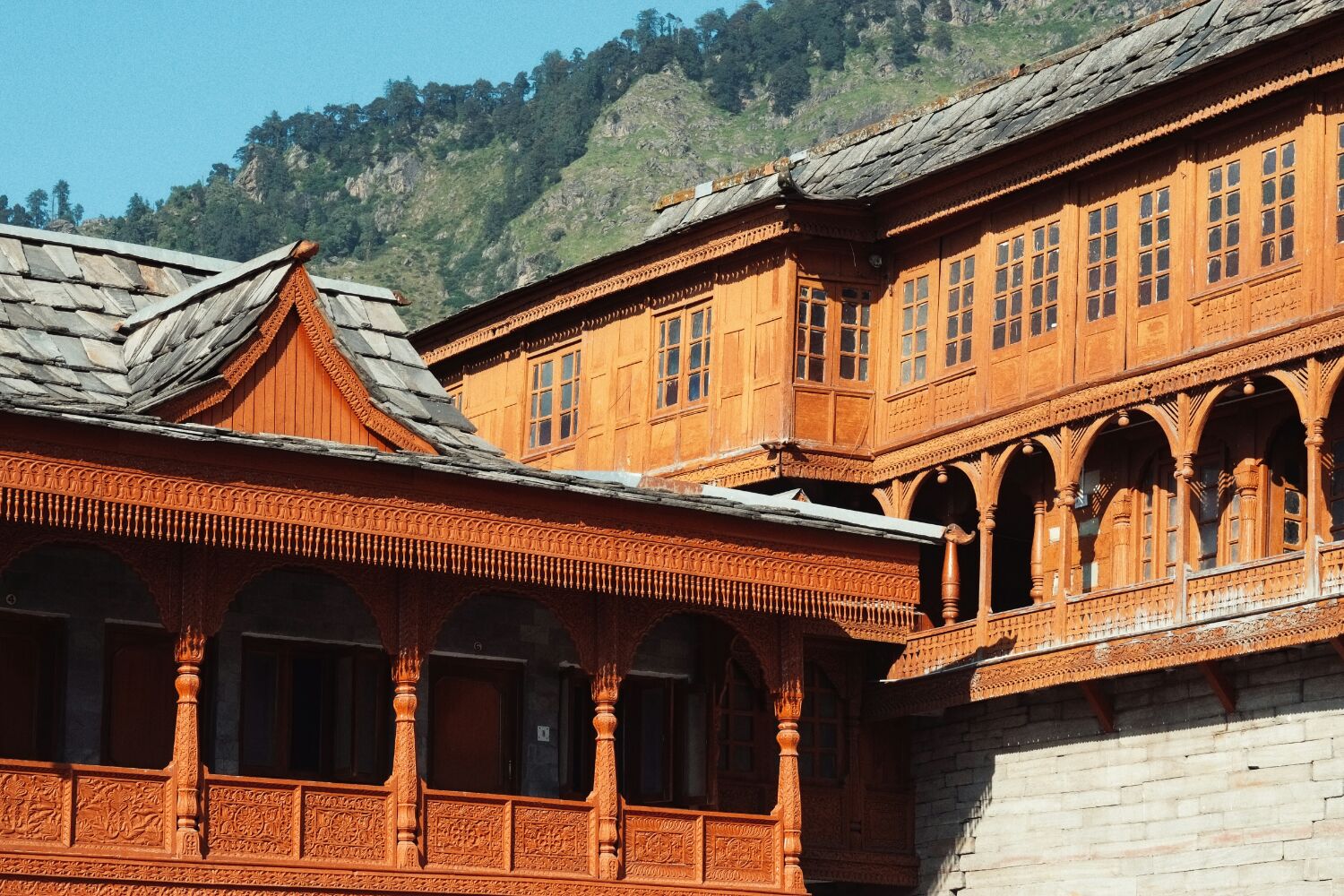 Tapri is a small, flyblown village on the highway. I stopped for a lunch of rice and dal at a dhaba and sat watching huge clouds of dust and grit blowing past in the strong wind. From Tapri the road climbed steeply for almost 2hrs in the heat of mid afternoon. It was hard going and it was only when I was halfway up I realised it was a diversion. The road should have continued along the river bed but it had clearly been closed there for a long time, not knowing if I went back down I’d be able to sneak through I continued the climb. The views were ace however and I thoroughly enjoyed the steep, hairpinned descent on the far side of the pass. It did however add 30km and a lot of hard climbing to what should have been a day of just 92km… I was having a great day, one of those days when the legs feel pretty good and you wonder where the body is getting its energy from… biscuits, rice, dal really don’t represent much fuel at all… By the time I made the final few km of steep climbing to the town of Reckon Peo however, 9hrs after leaving Sarahan, the light was beginning to fade and I was truly on my last legs. I had been looking for a camp spot but this part of Kinnaur is so steep and busy that nothing presented itself… and with only a few km left it makes sense to push, or rather grovel, on regardless of how shagged one is feeling :-) 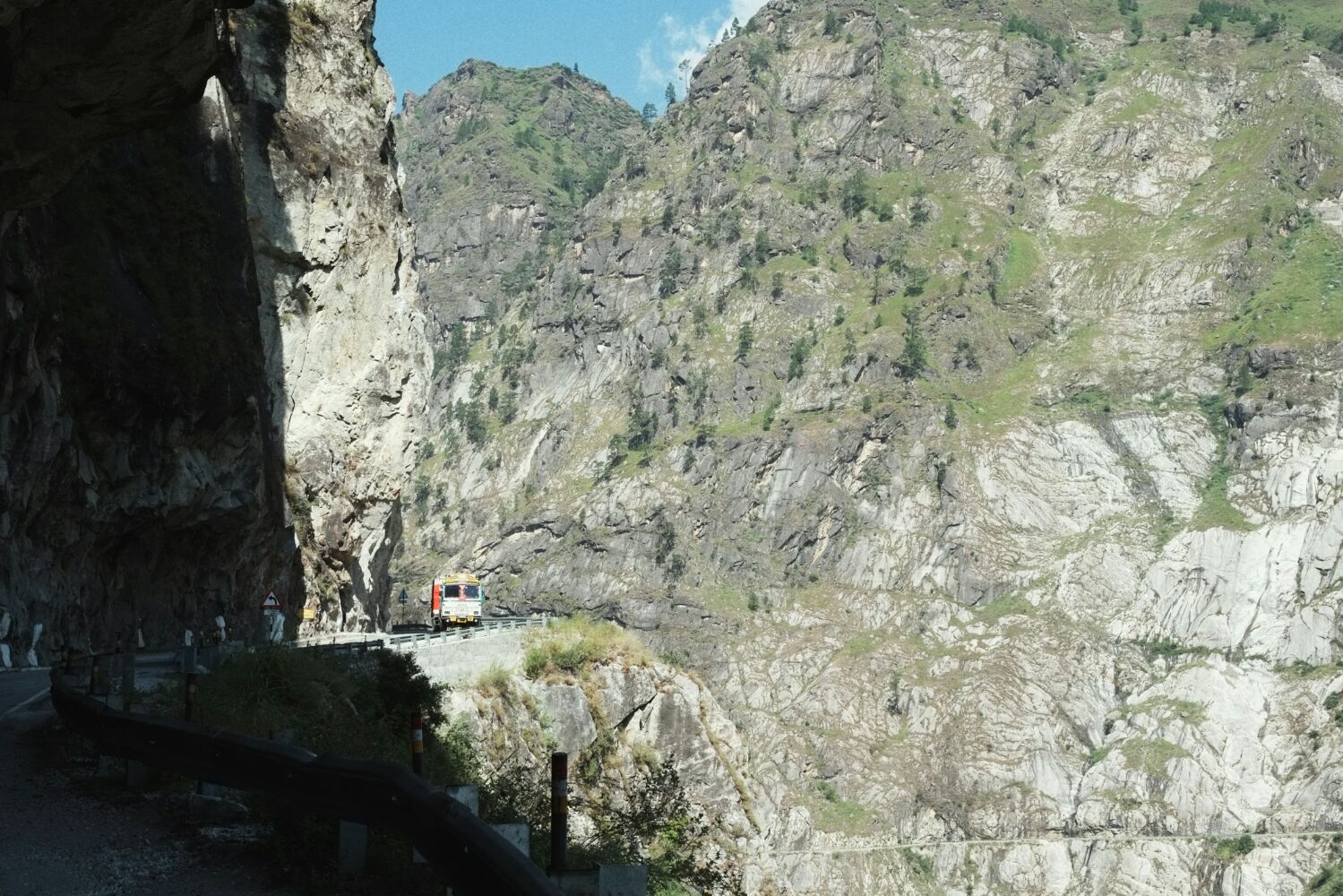 The road from Sarahan

So Reckong Peo, just a busy little town. With permits sorted Nico hiked and I rode the 8km futher up the mountainside to the rather lovely litttle village of Kalpa. It is a place to relax and listen to the calming sound of prayer flags fluttering in the breeze while gazing across the valley at the magnificent Kinnaur Kailash range. I am staying 2 nights simply because it is so lovely, and I am a bit tired and hungry so gathering my strength for the next few days climbing to Spiti. The restricted border area for which I needed the permit begins 30km up the road. It is a sensitive area and there is an entire branch of military police, the Indo-Tibet Border Police dedicated to the region. Photography is forbidden, westerners have been arrested. The key I suppose would be rather to not be seen to be photographing…

Till next time… whenever that may be. By all accounts there is not much connectivity available in the towns and villages to come… it’s been awful trying to get this up… intemitternet connection, powercuts… 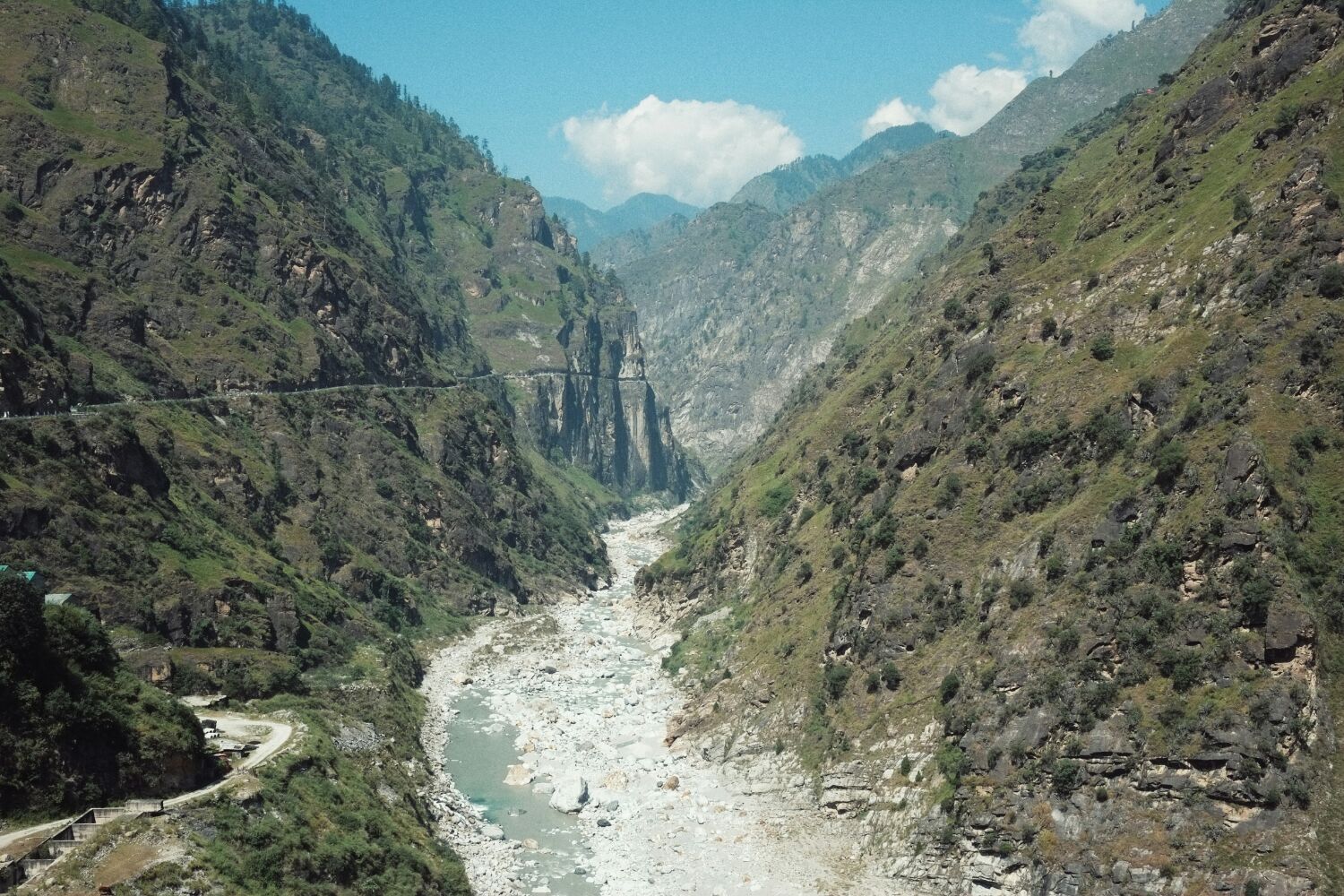 the road is on the left of the pic.. 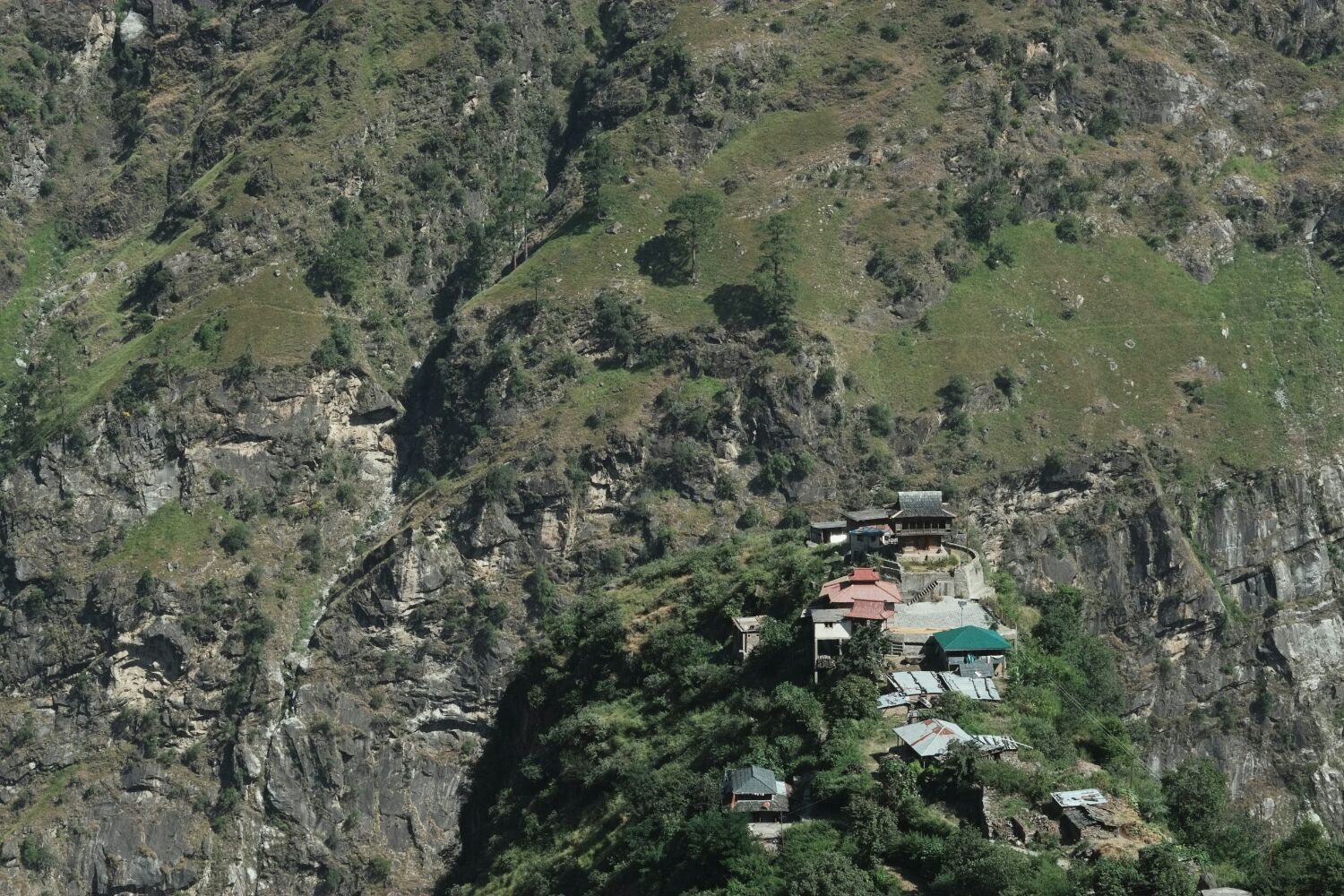 rather improbably located village and temple.. 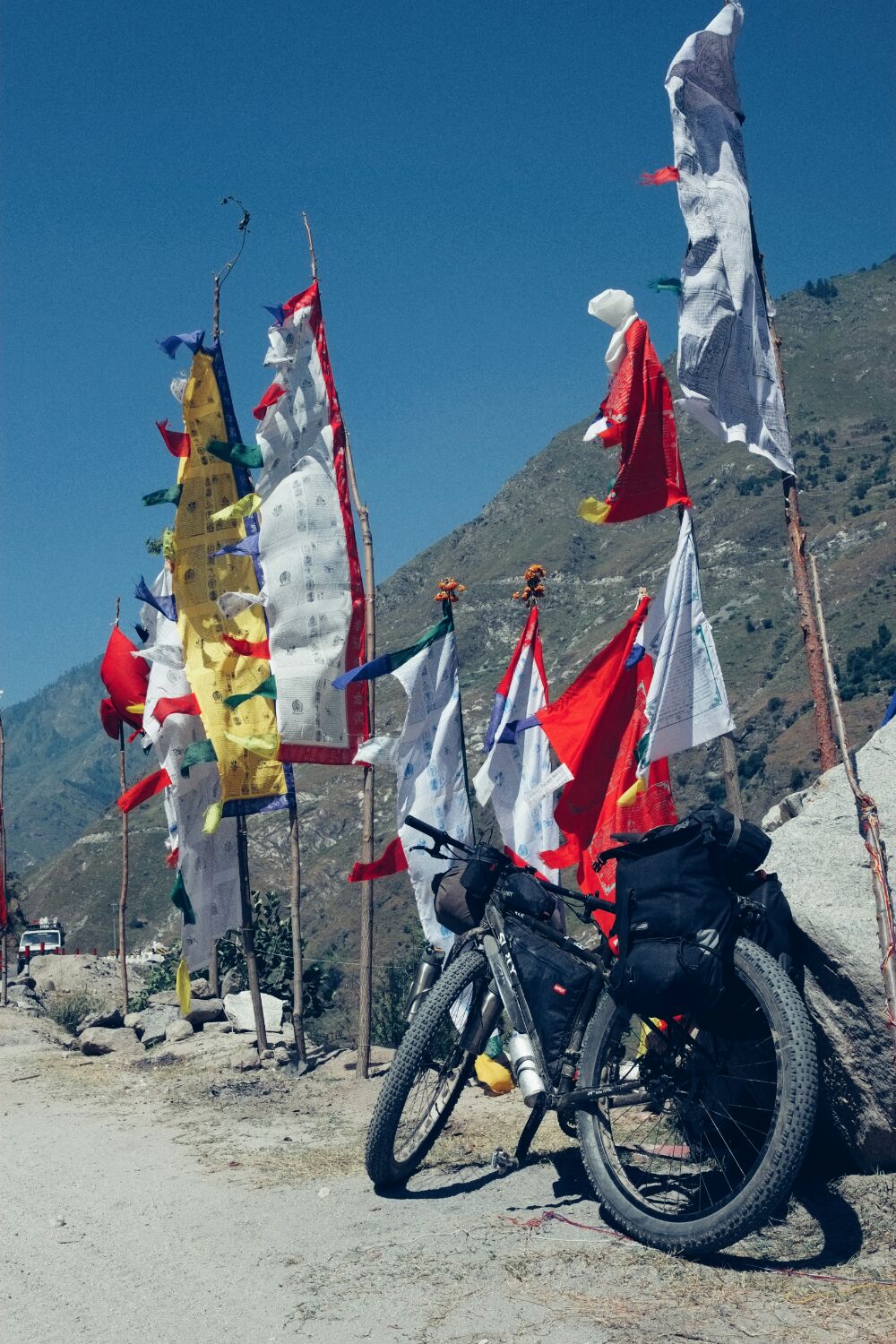 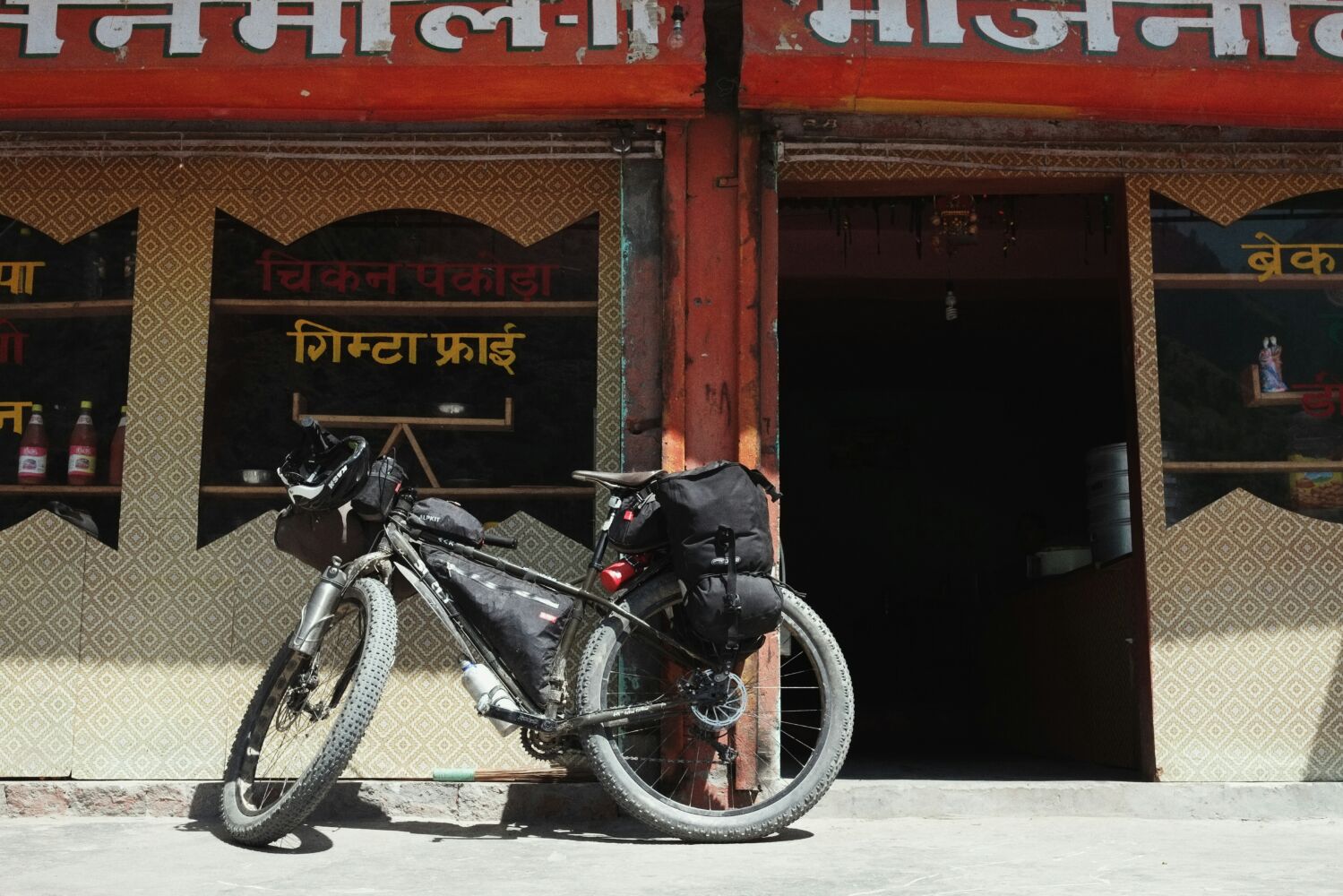 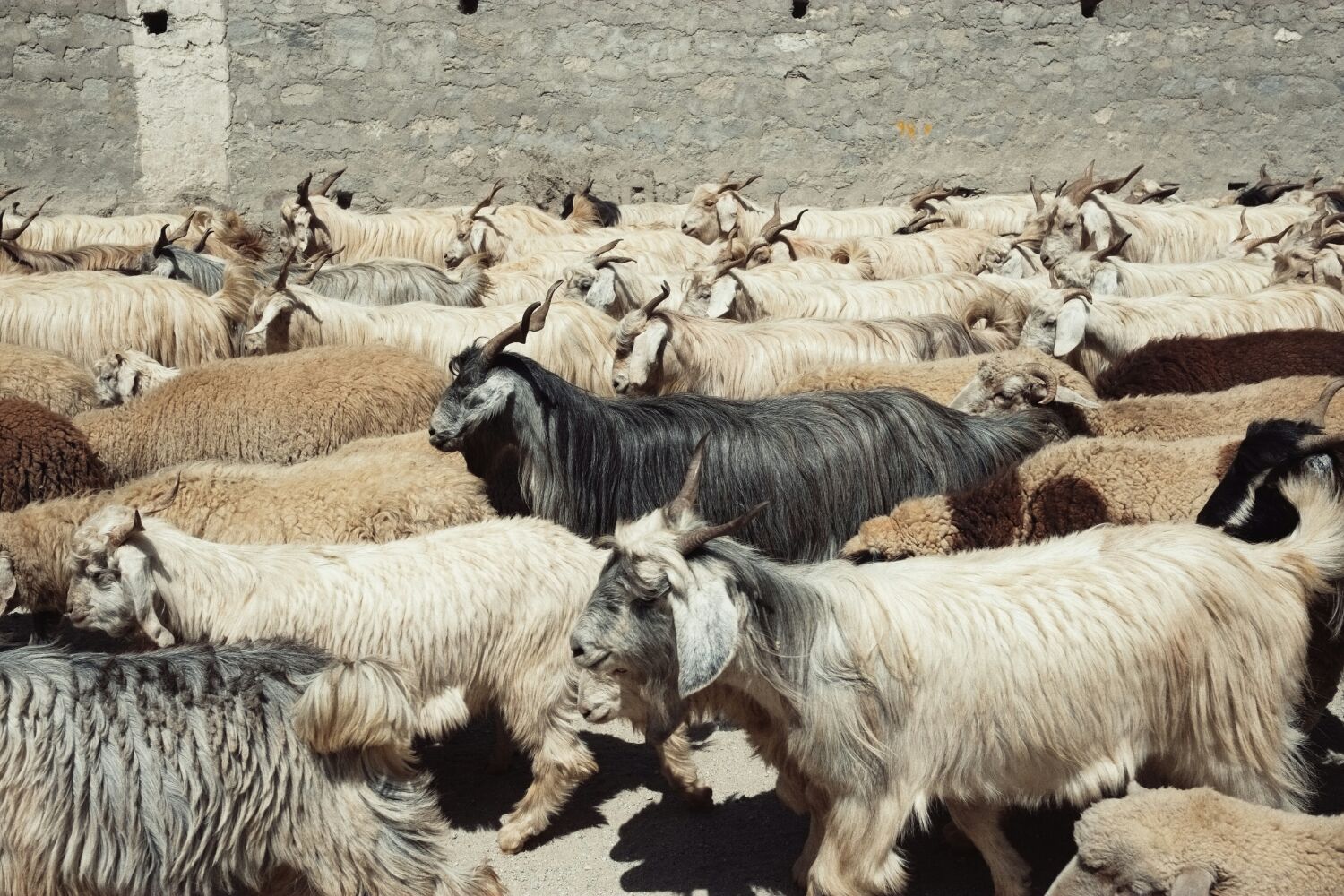 a river of sheep… 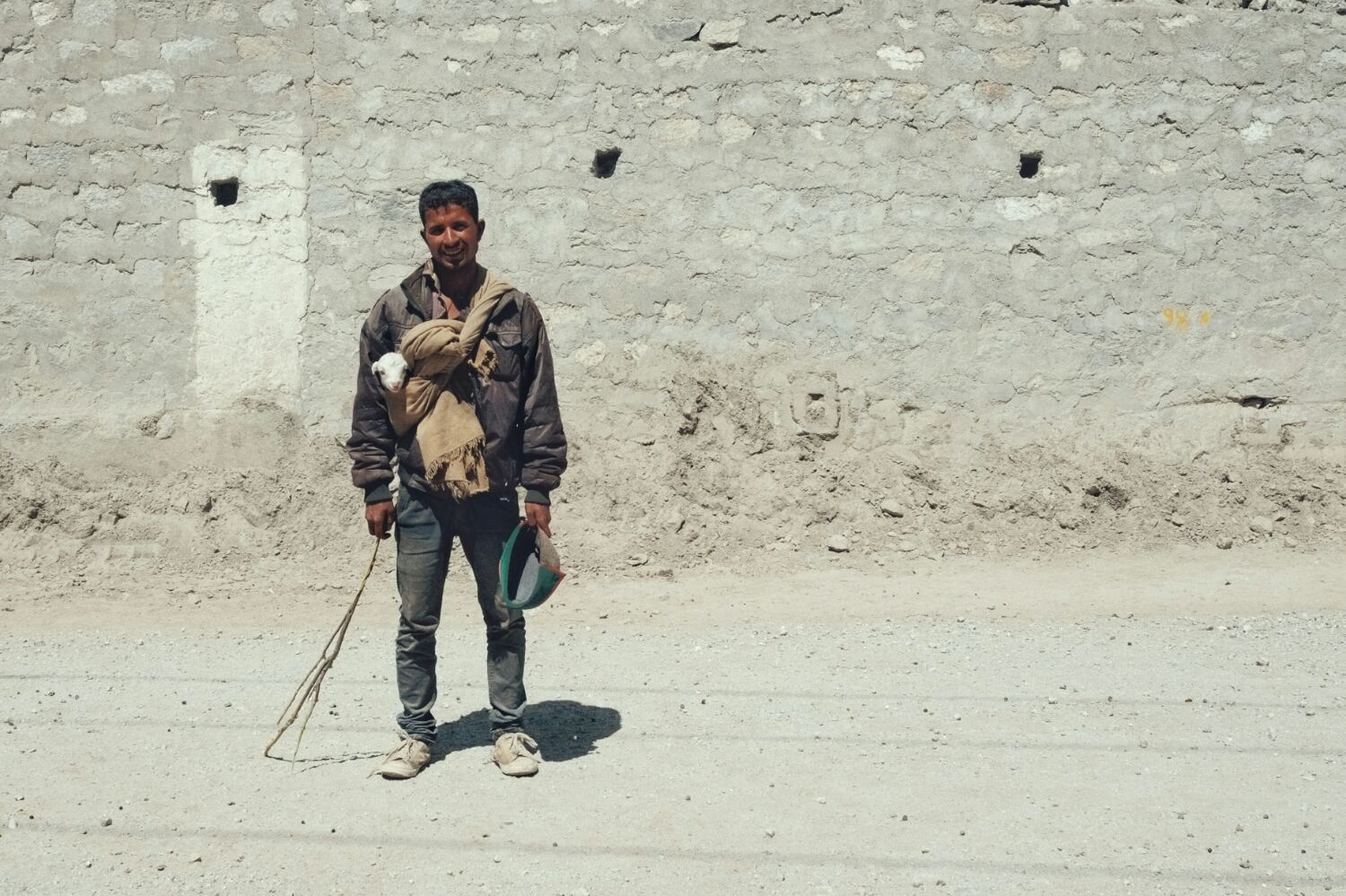 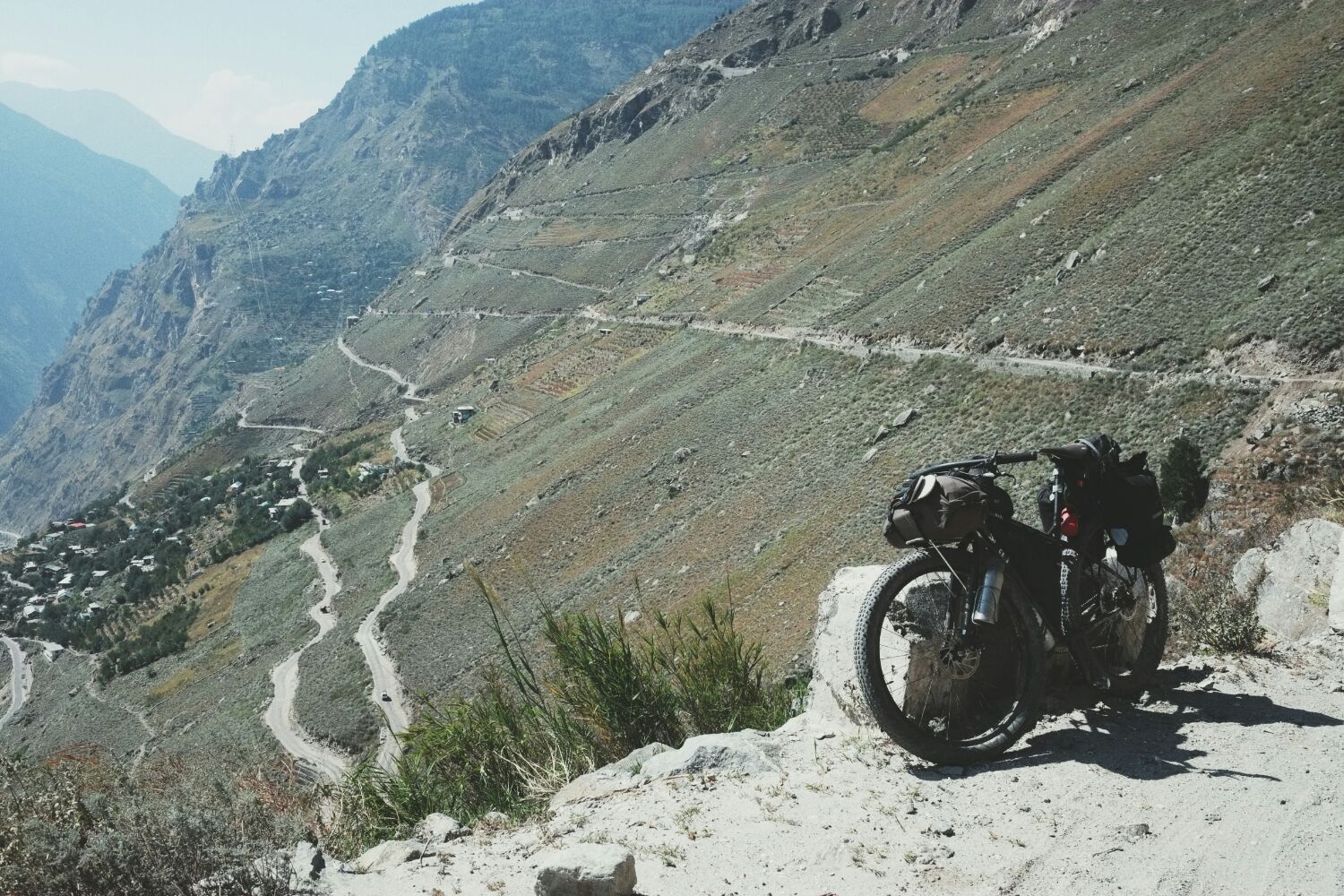 A bit of a climb 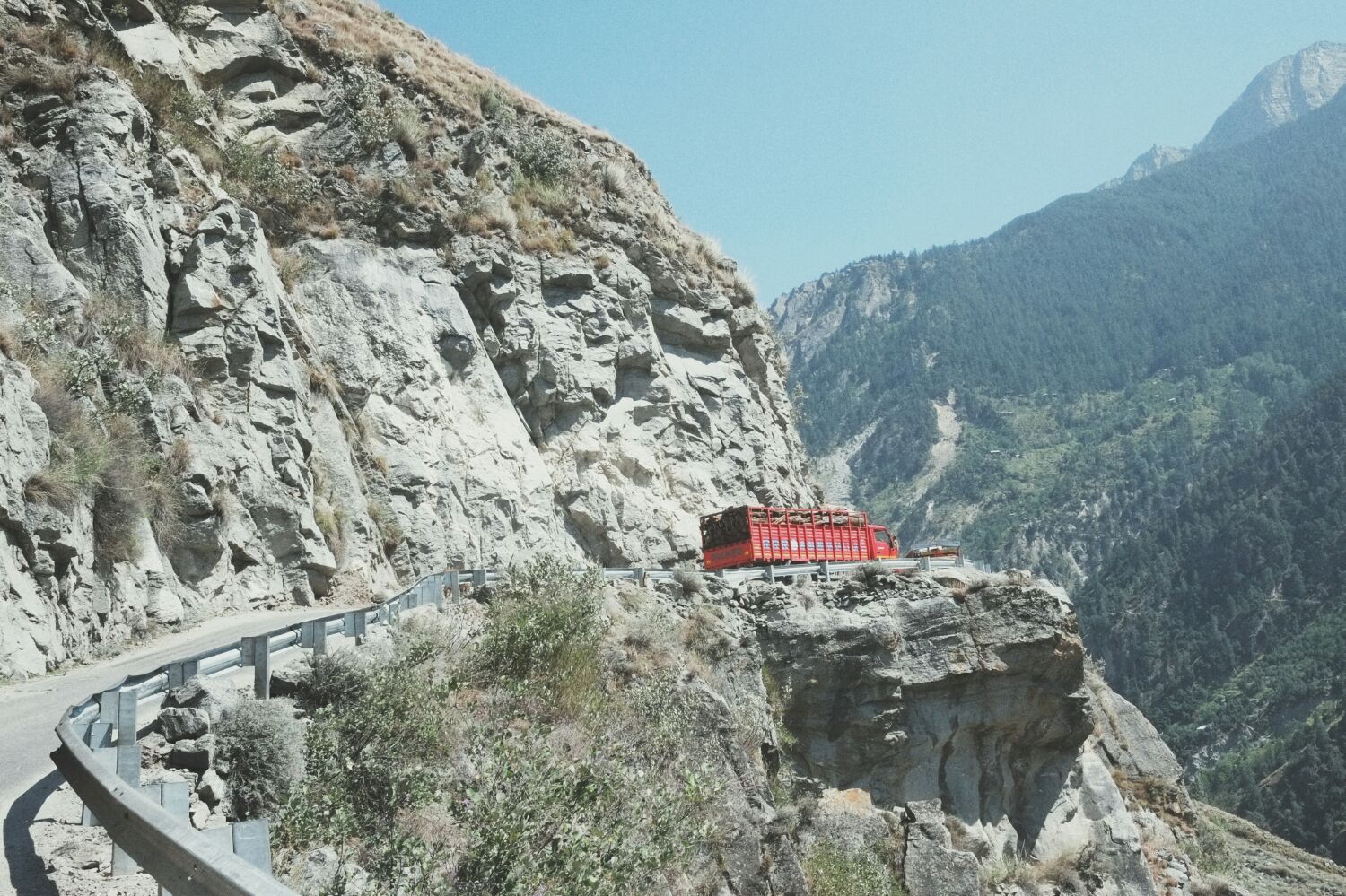 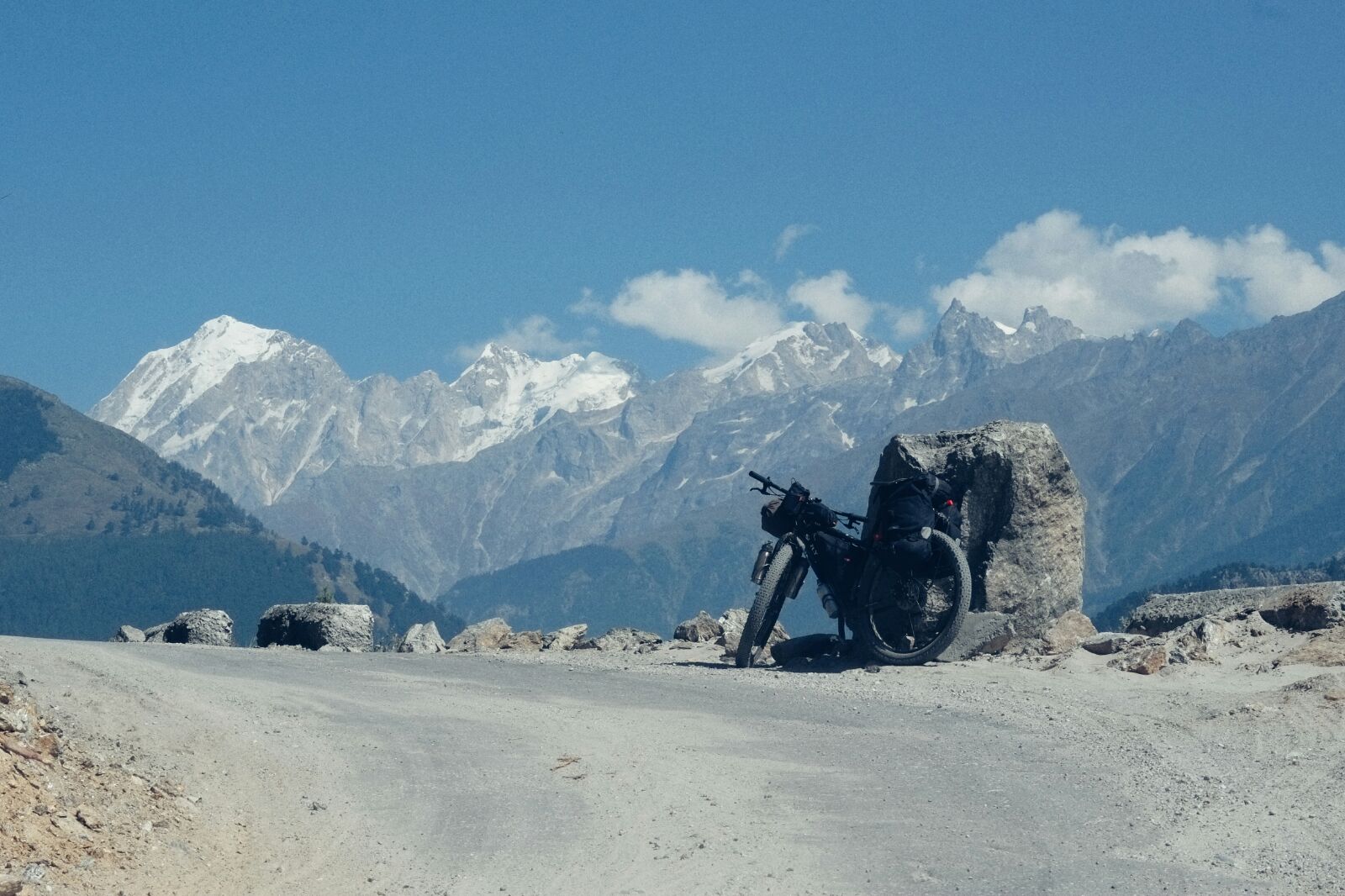 and some really fine views.. 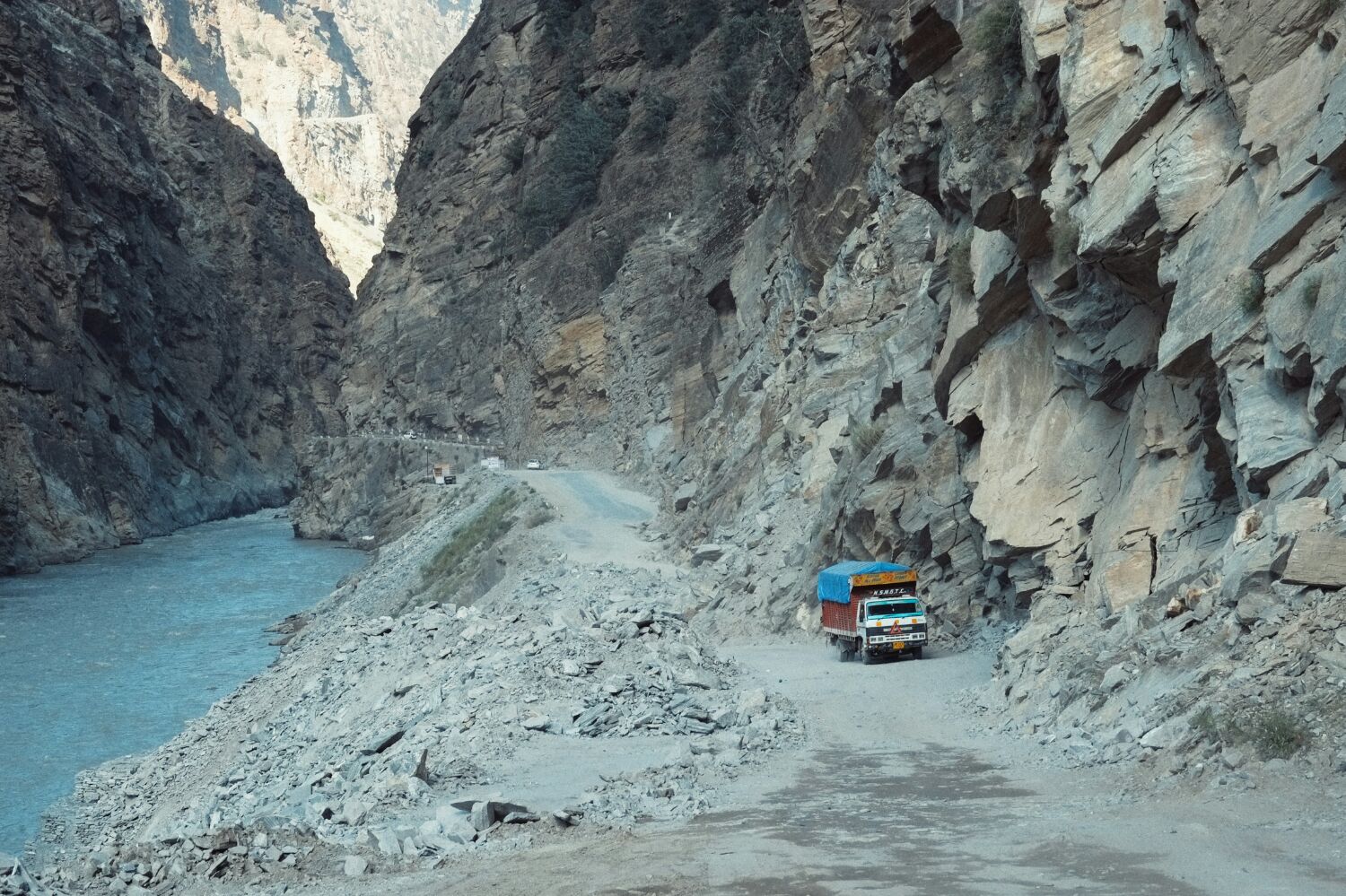 the road to Reckong Peo 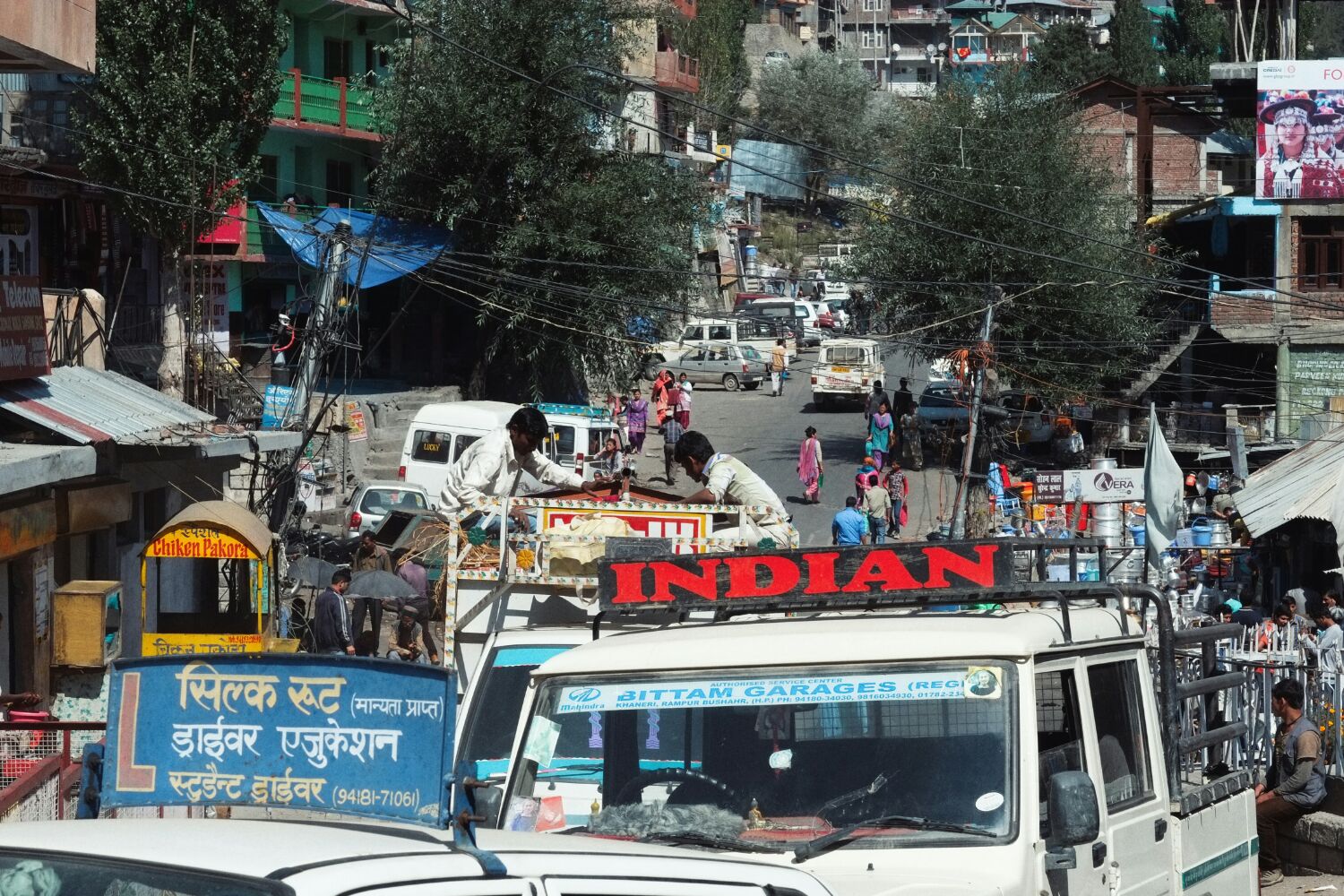 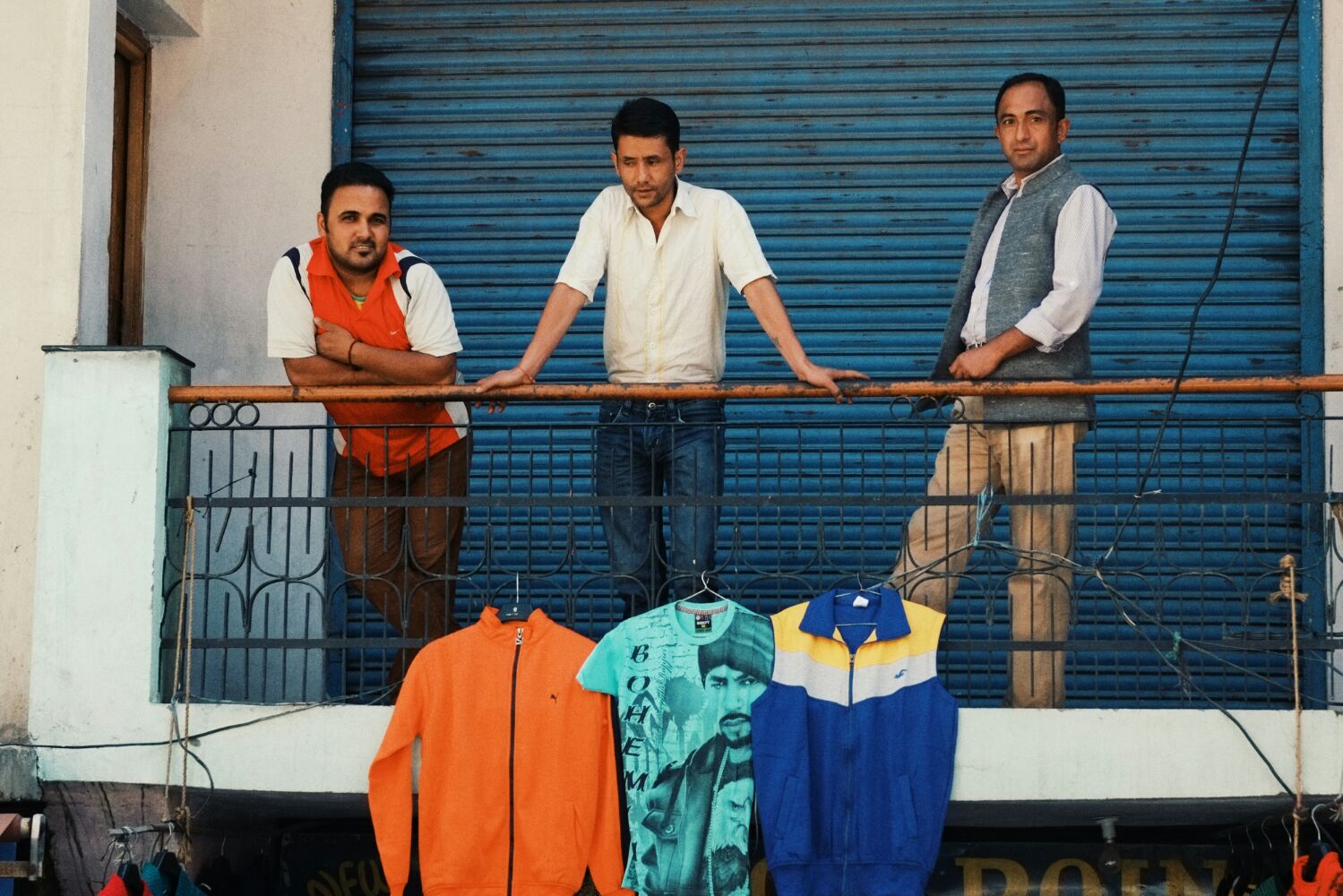 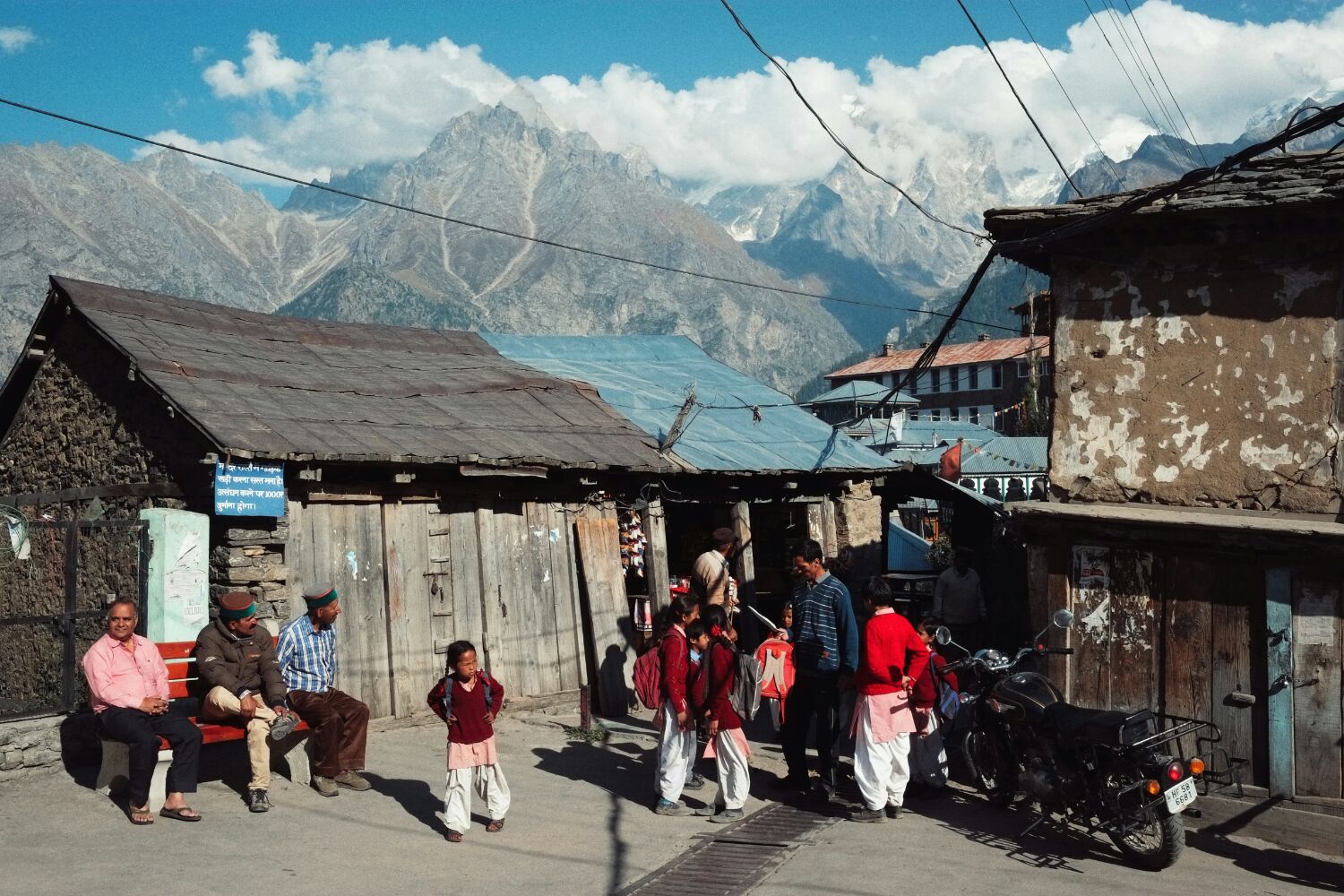 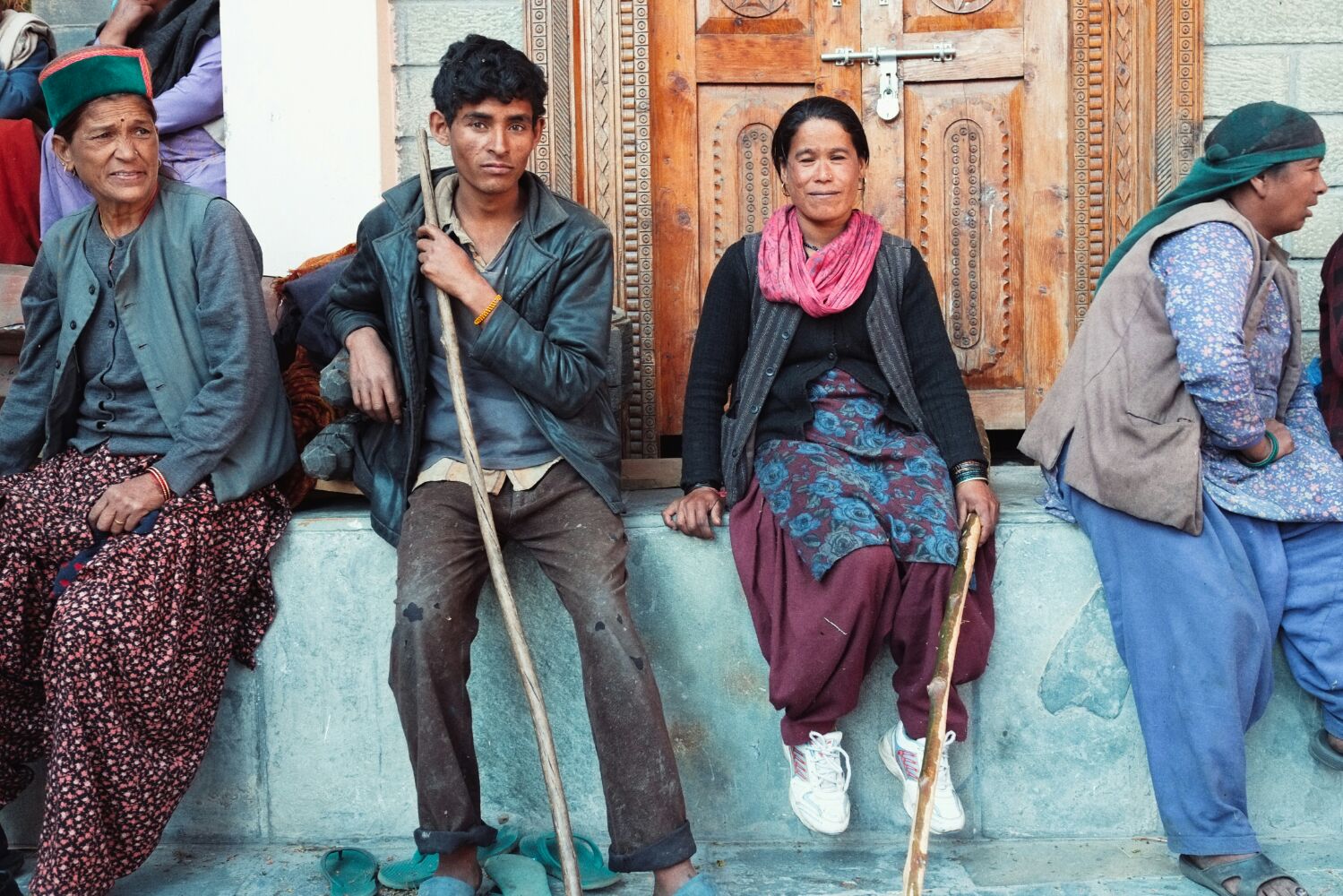 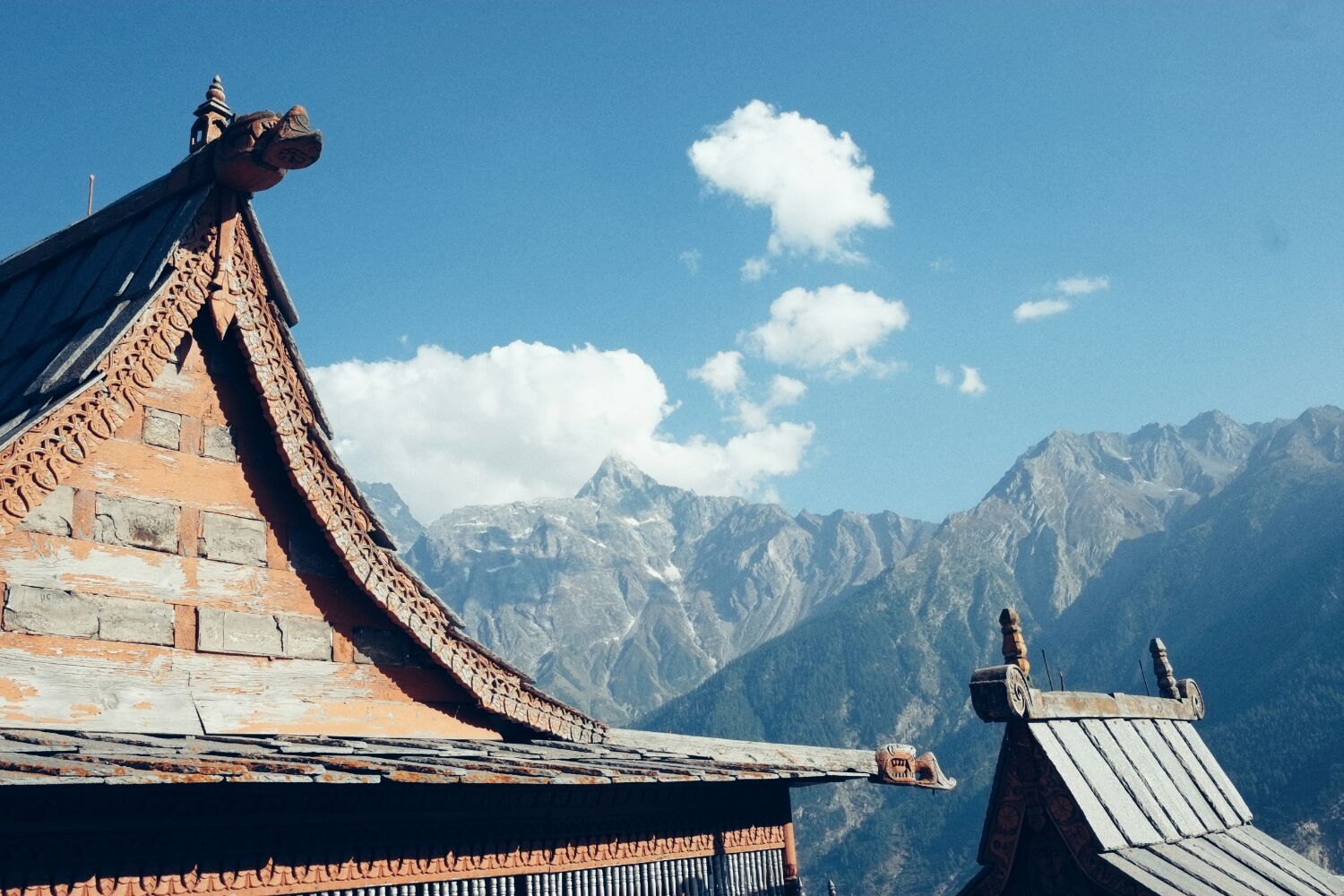 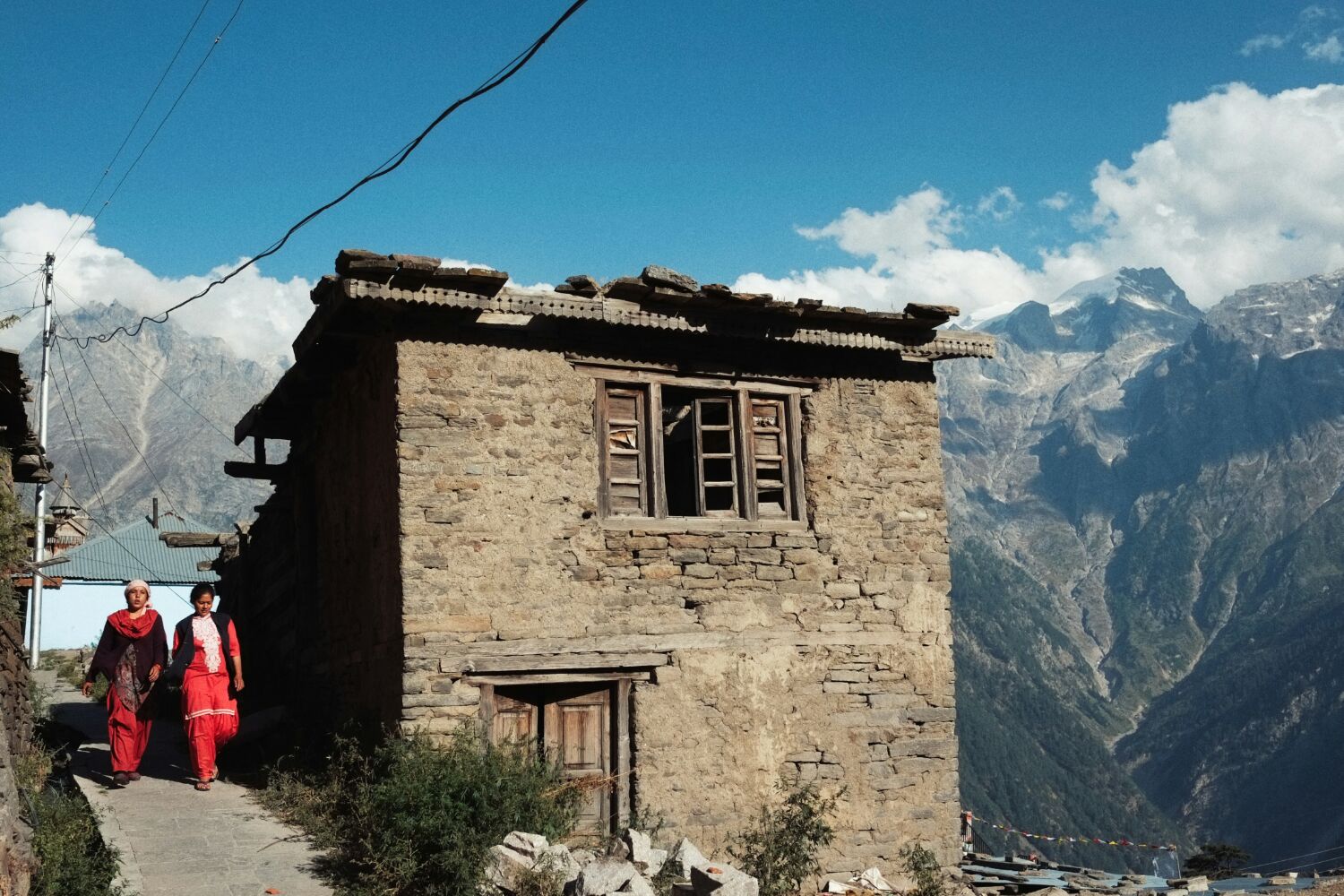 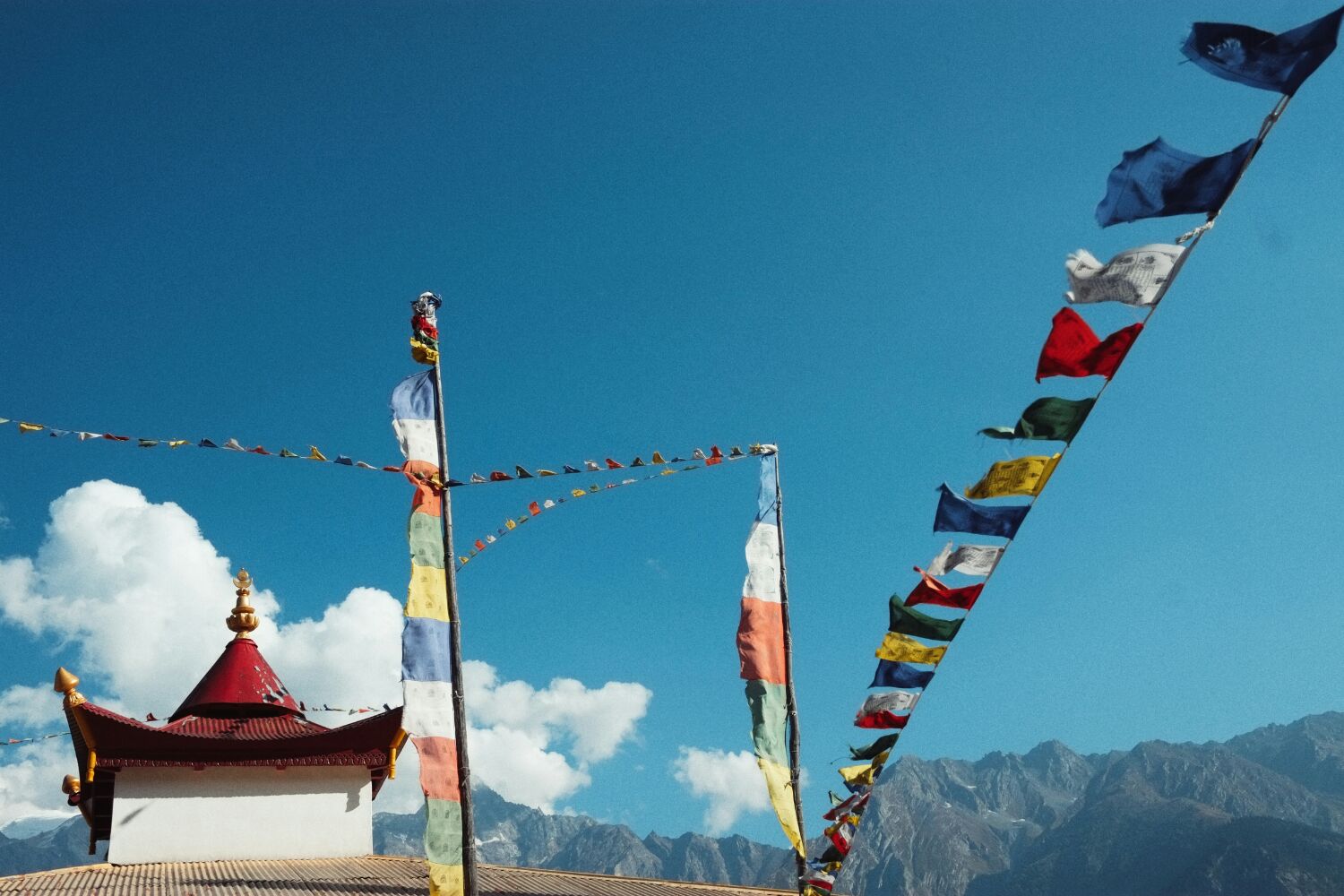 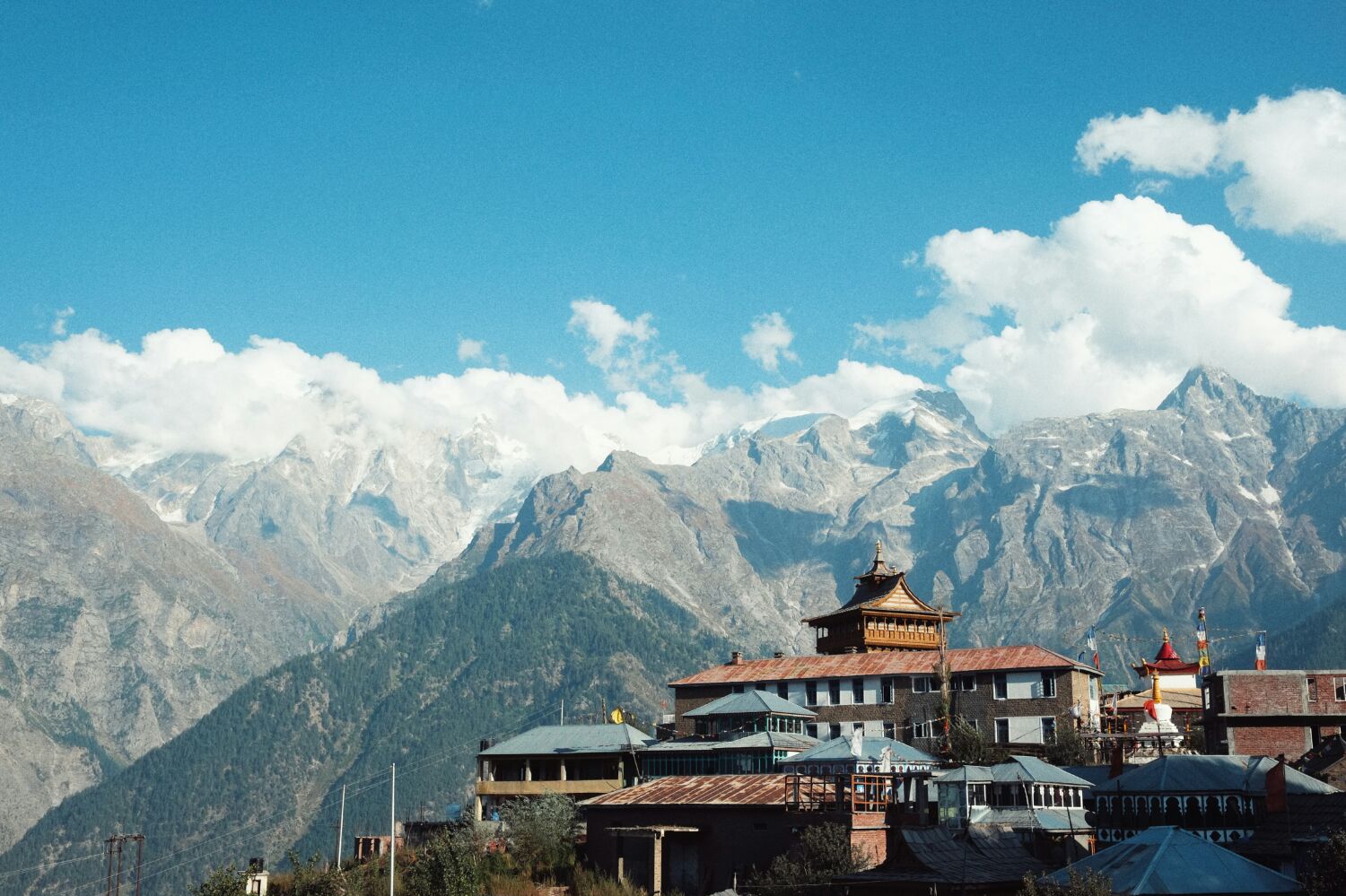 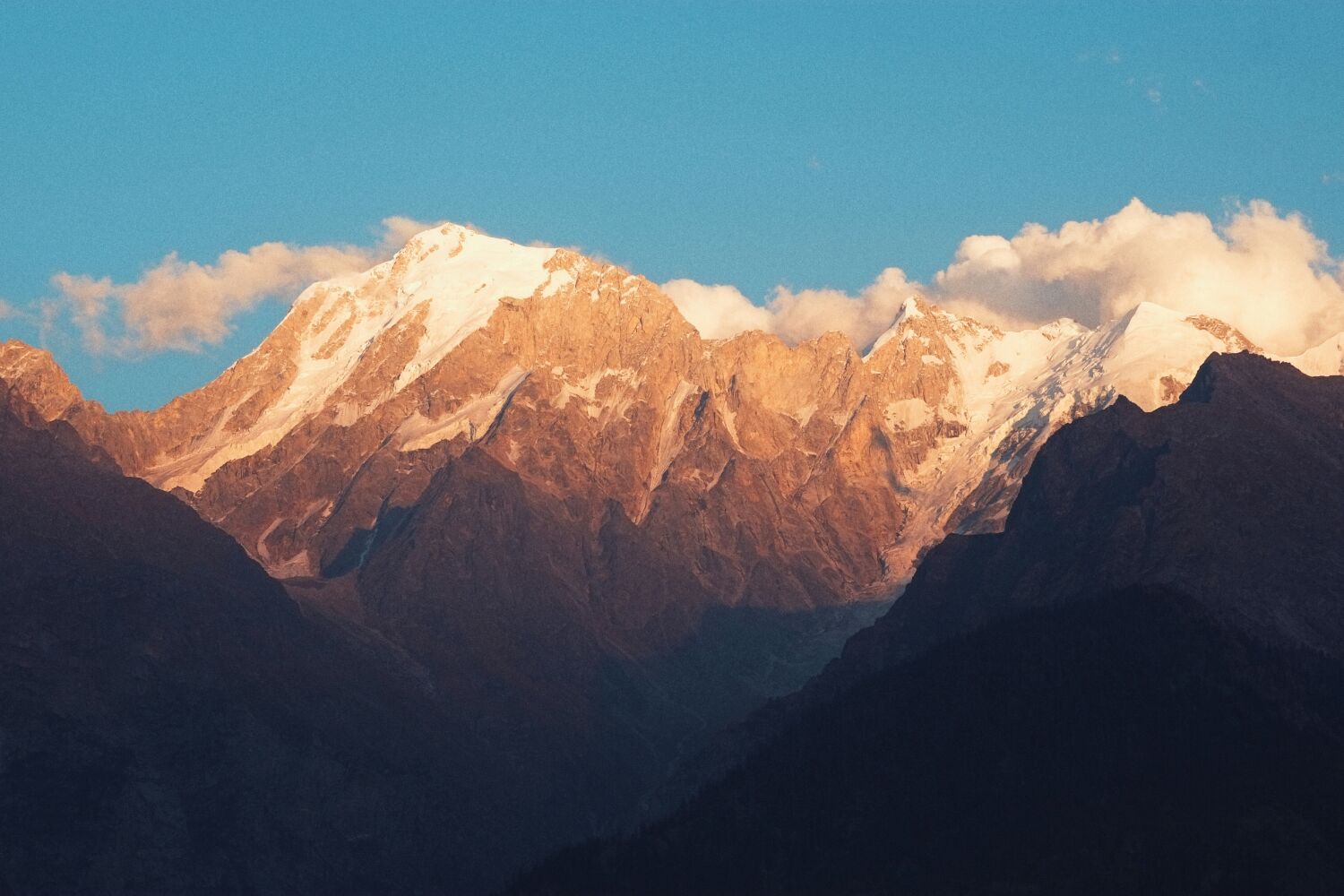 The Kinnaur Kailash… all above 6000m