Before I left home, and knowing there would be some significant stretches of asphalt, I did have a few brief doubts about whether the Surly ECR was the best tool for this journey… The Jalori La dispelled any remaining doubt about that, from the north side its final 15km or so are rough dirt rising at gradients up to around of 15-17% … the ECR exhibits a somewhat leech-like quality on such terrain, inching upwards over particularly difficult stretches. It was a brutal climb especially as the altitude starts to take effect. 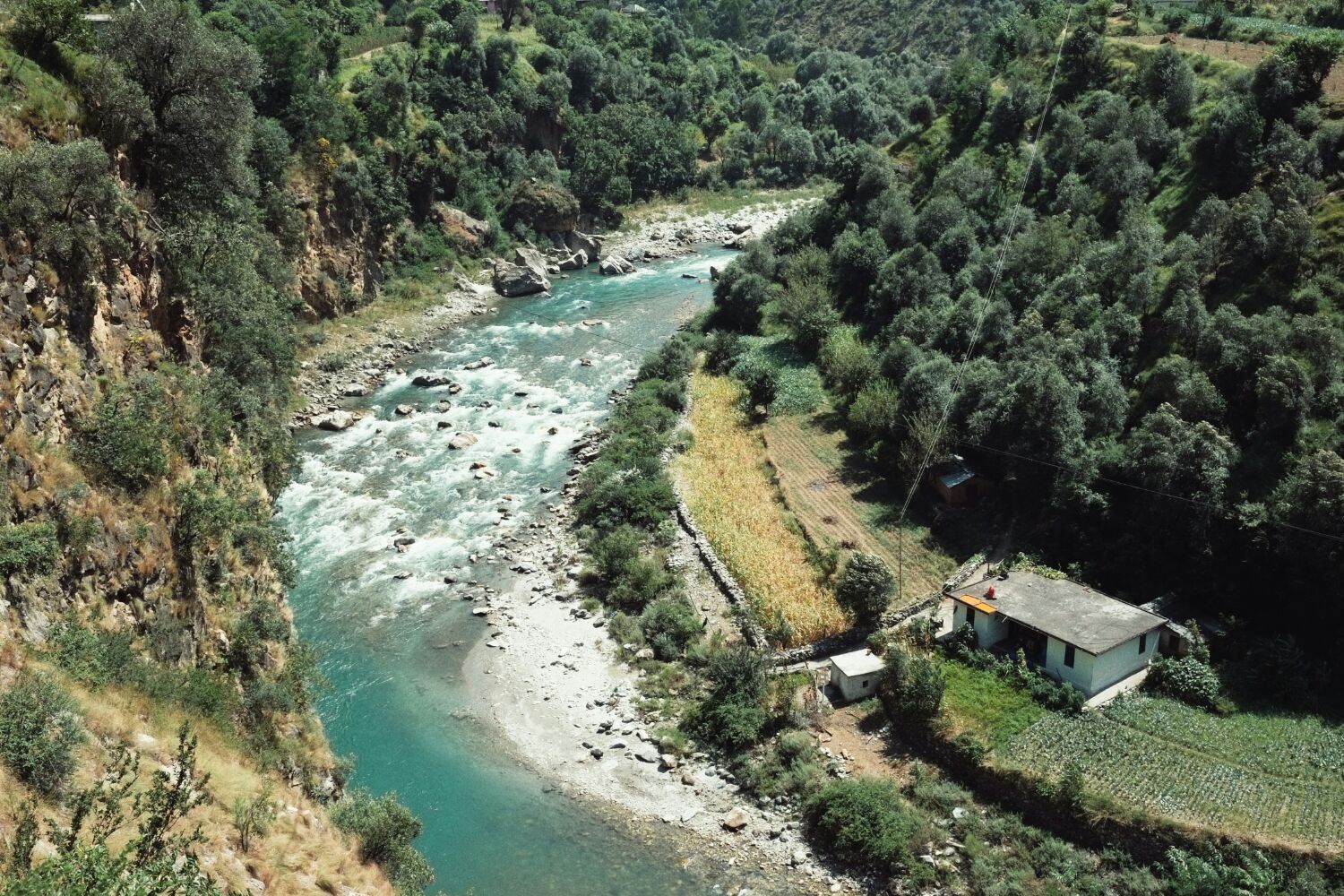 The valley on the approach to the Jalori La

Chris came with me for a half a day leaving Kullu which was great. Gently downhill for 30km to reach the town of Aut where the bridge across the river to the Jalori road was closed due to high water levels – it has been a very wet summer. The only alternative is a long, long road tunnel to reach another crossing point further down the valley. I was a bit worried about the tunnel, it’s 3 or 4km long and has no ventilation… Traffic being what it was carbon monoxide was on my mind…. There is a raised footpath alongside the road and after much delibration we decided it would be OK to ride through on that. My headlight barely penetrated the dusty gloom of exhaust fumes and soot… and then, about 500m in.. a puncture. Broken glass invisible in the dark.   Pushing a loaded bike on a flat tyre for 3km would have trashed the tyre, and left us exposed to the noxious atmosphere for too long, as would attempting a repair inside.. We lucked out however by hitching a ride on a small pickup truck. Out in the sunlight it wasn’t a pleasant fix, temps in the high 30s and tyres lagged with horseshit and stinking muck from the tunnel.

It’s a beautiful but hot ride up the valley towards the town of Banjar. We reached there at 1pm for a spot of lunch before Chris turned back. I stayed the night in Banjar preferring to tackle the worst of the climbing ahead in the cool of early morning… 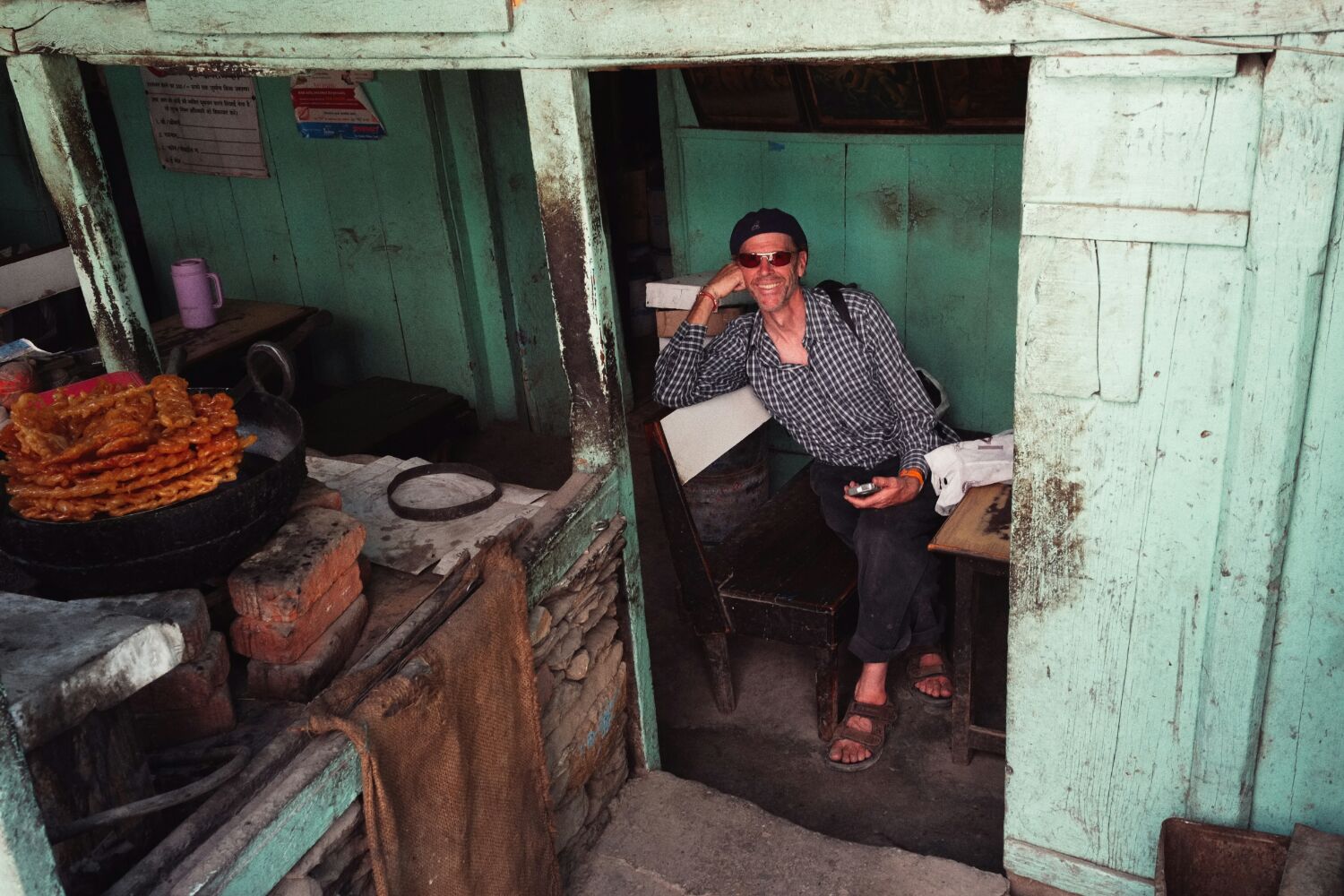 I was on my way before 7am, straight into one of the more difficult climbs I have done on a bike. It rises 1500m in just the final 10km, the gradient is unrelenting and the surface terrible. I crept upwards in the shade, the road being on the eastern flanks of the valley and hence in shade in the morning. About 6km from the summit is the village of Shoja. I stopped for tea in the sun at about 9.30am… steaming nicely as the sun warmed my sweat-soaked jersey in the cool air. For the first time on this trip I really started to notice the altitude as i passed 3000m. It’s a subtle effect when the climbing is consistently a grind, there is no baseline for comparison.. except when stopping for a few moments my blood has a chance to re-oxygenate and the first few pedal strokes on starting again feel like an effortless delight… the feeling lasts but a moment as muscles once again go into oxygen debt. 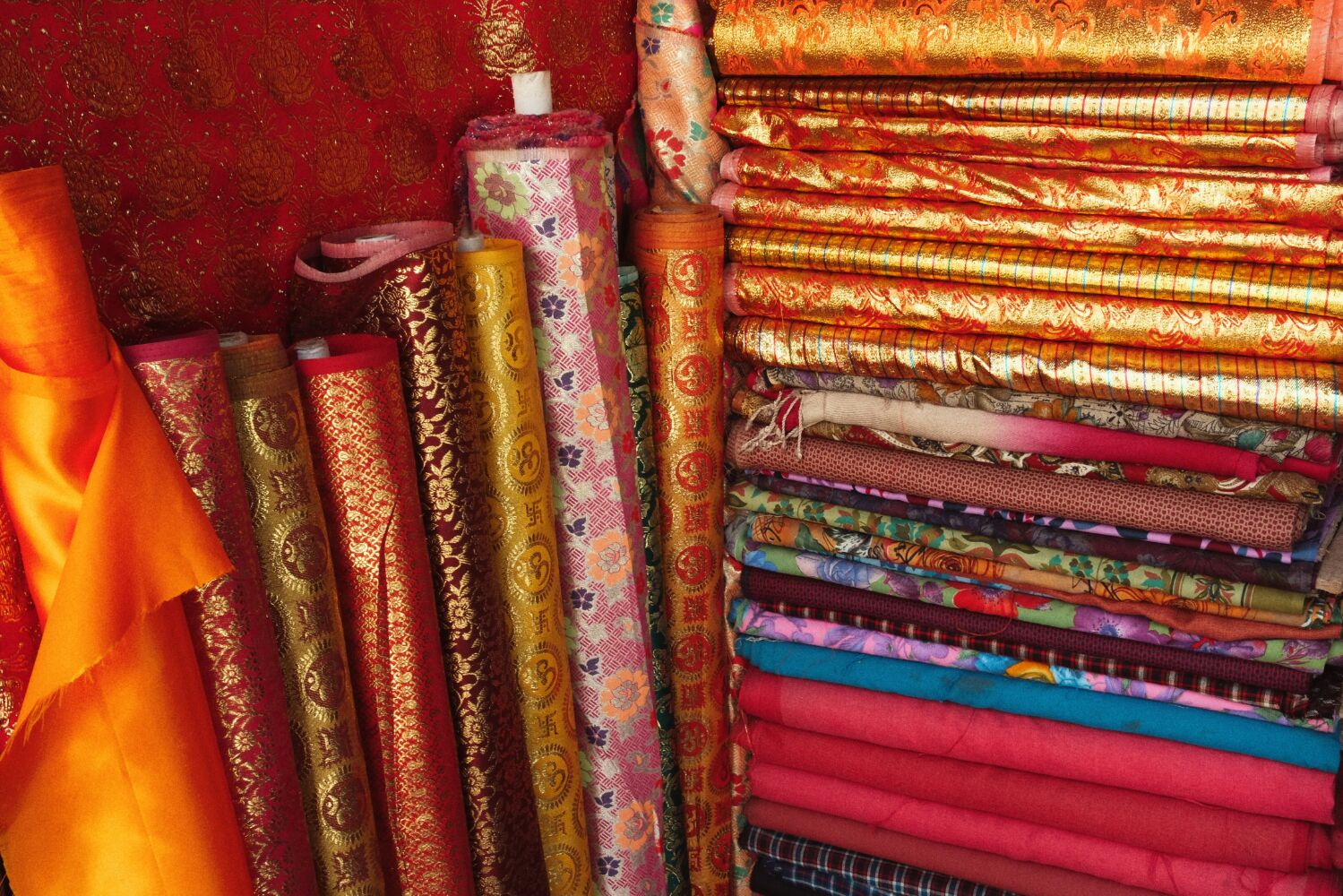 It took 4hrs to reach the summit at 3220m. There are a couple of dhabas on top.. I stopped for tea and a plate of rice before beginning the 55km of rough descending to reach the valley at Sainj, the lowest point of my ride at just 880m… and also the hottest. Enclosed on the lower slopes in a rocky river gorge the heat was intense. There must be a lot of silica in the rock on the descent, covered in a thick layer of dust I noticed I glittered quite nicely in the sun.. :-) 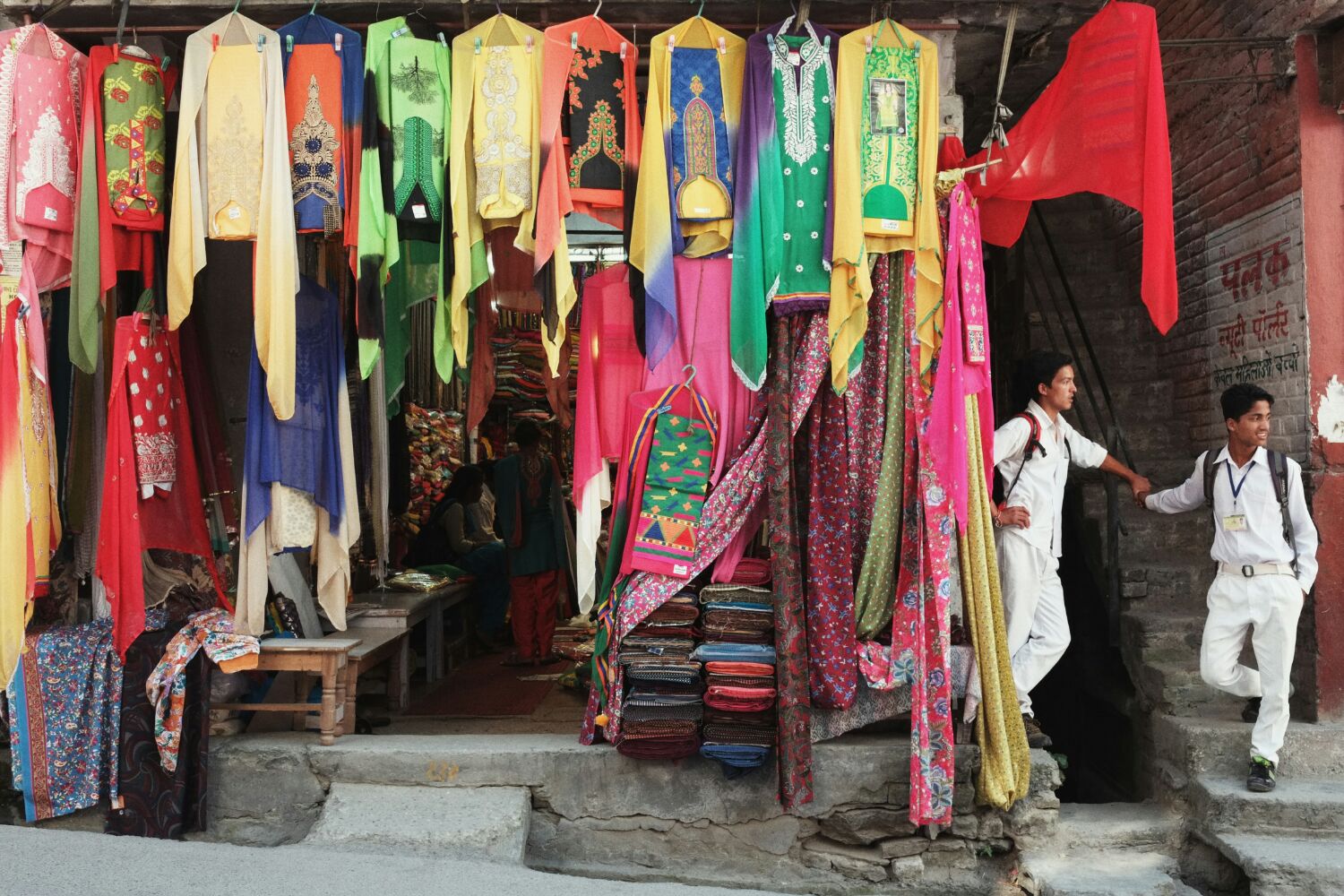 There is nothing at Sainj but a couple of shops and a government run hotel. thoroughly knackered and filthy dirty I treated myself to an aircon room for 1800rs (18 quid), all the better to recover well as for the next week or so i will be riding mostly uphill. 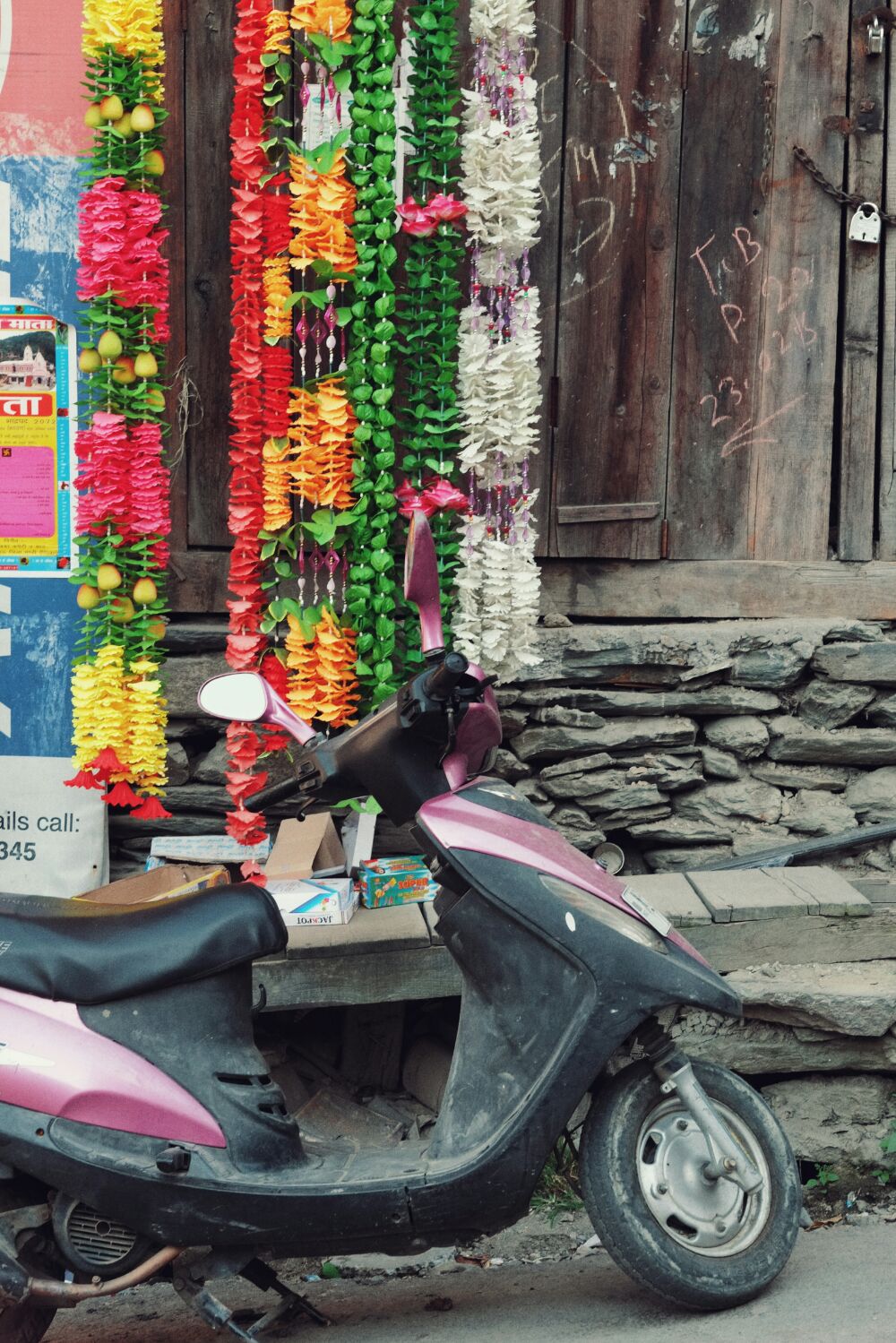 As I write this I am laid up for the day in the town of Rampur… well, in a grubby little cyber cafe at this moment (security is quite tight, no wifi in town and I need my passport to be able to use a connection)… I only managed to ride the 35km uphill from Sainj yesterday before giving in to a stomach bug.. not unexpectedly although the last time I was in India I did not get sick at all. Ho hum. There are a few guesthouses in town, one is sort of OK but was full, the others were miserable, grimy fleapits.. given the need to rest up properly for a day or two I retreated a couple of km back down the highway to another government run place. It’s expensive at 1600rs/night but it’s clean, comfy, I have movies to watch while I get better and the restaurant does things like french fries and porridge, just the job when feeling rubbish. Oily, spicy stuff for every meal gets old quickly at the best of times. Anyway, hopefully back on the road tomorrow. If not it doesn’t really matter, I gave myself loads of time with just such an eventuality in mind. 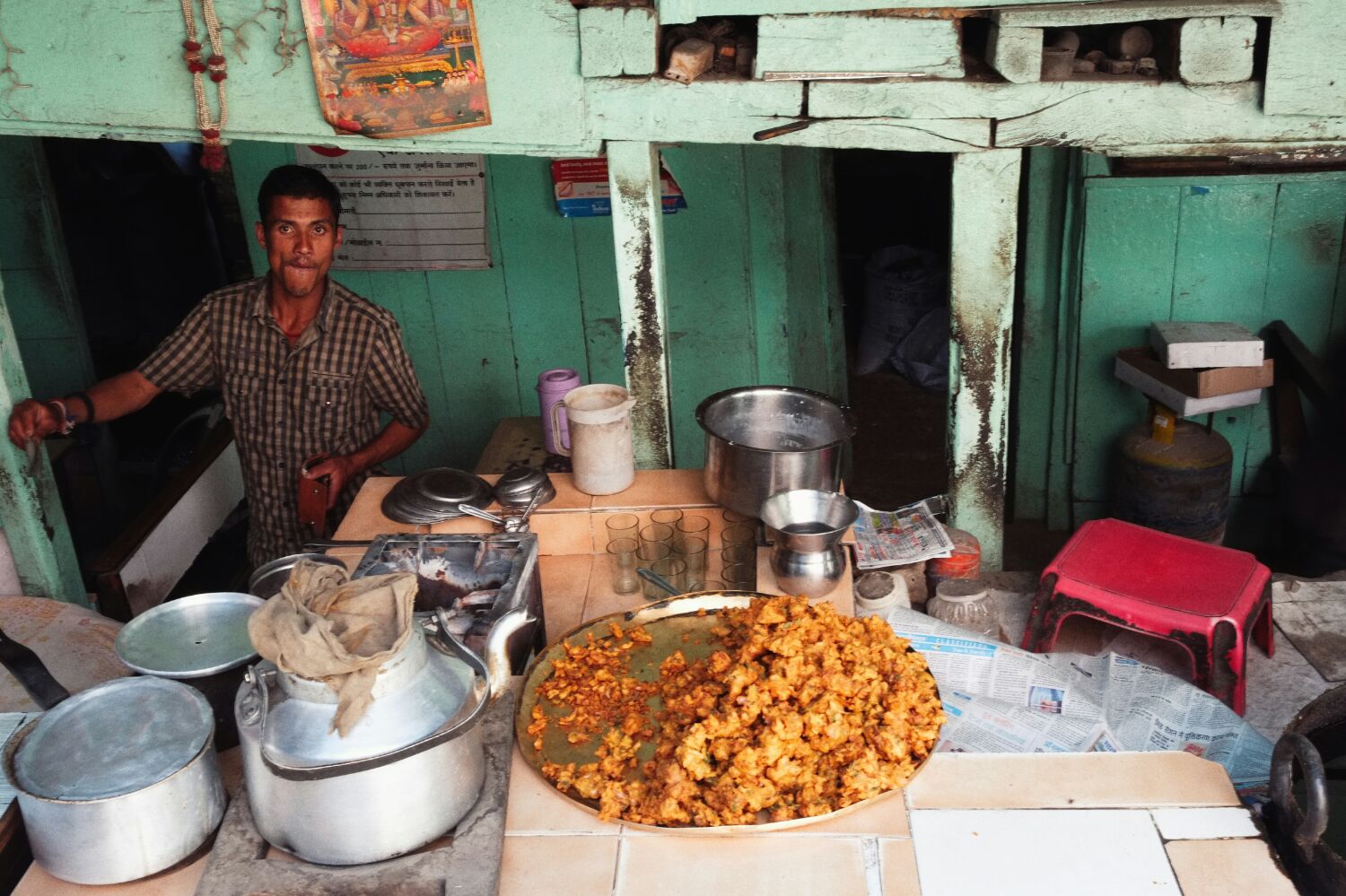 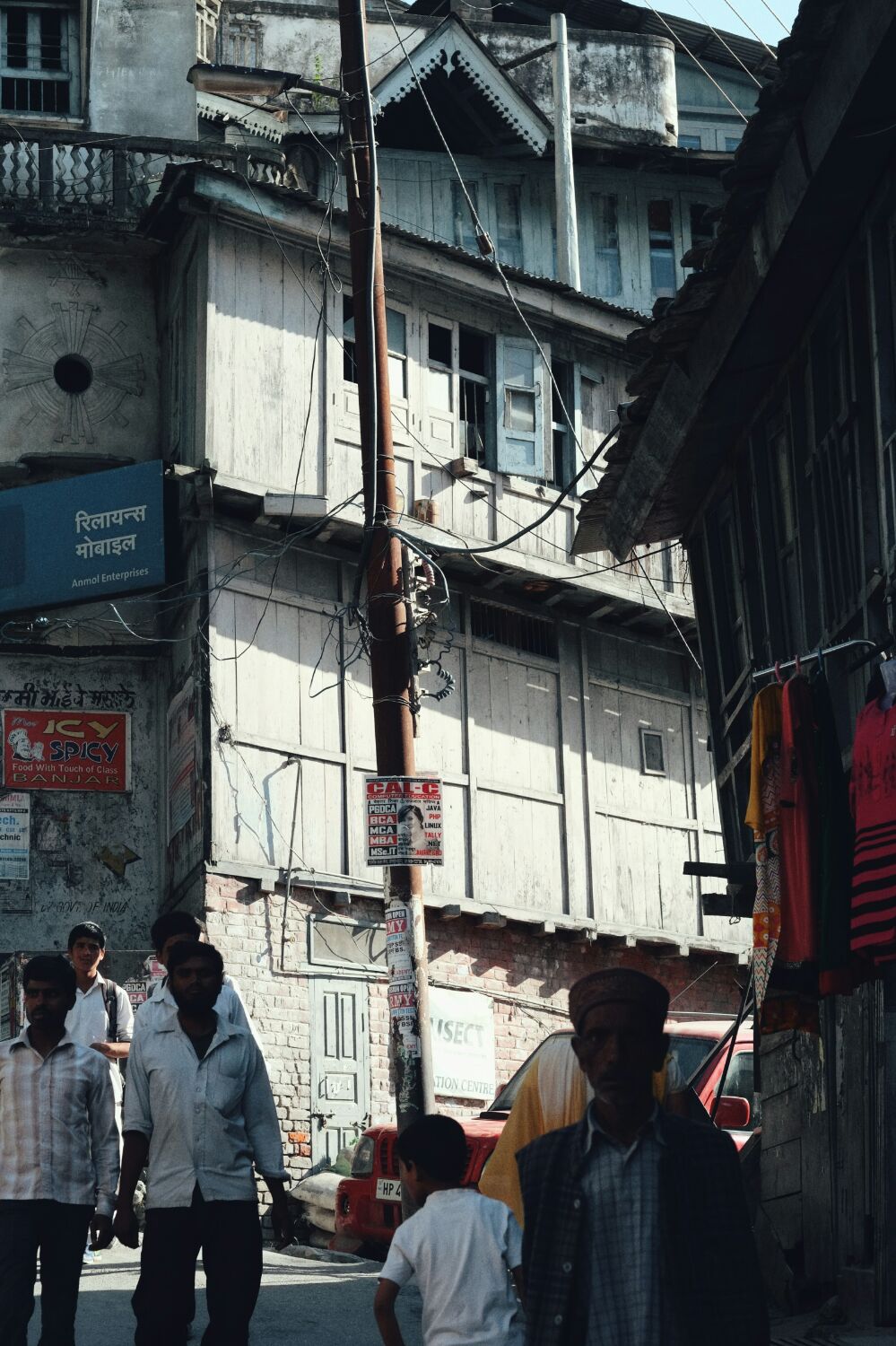 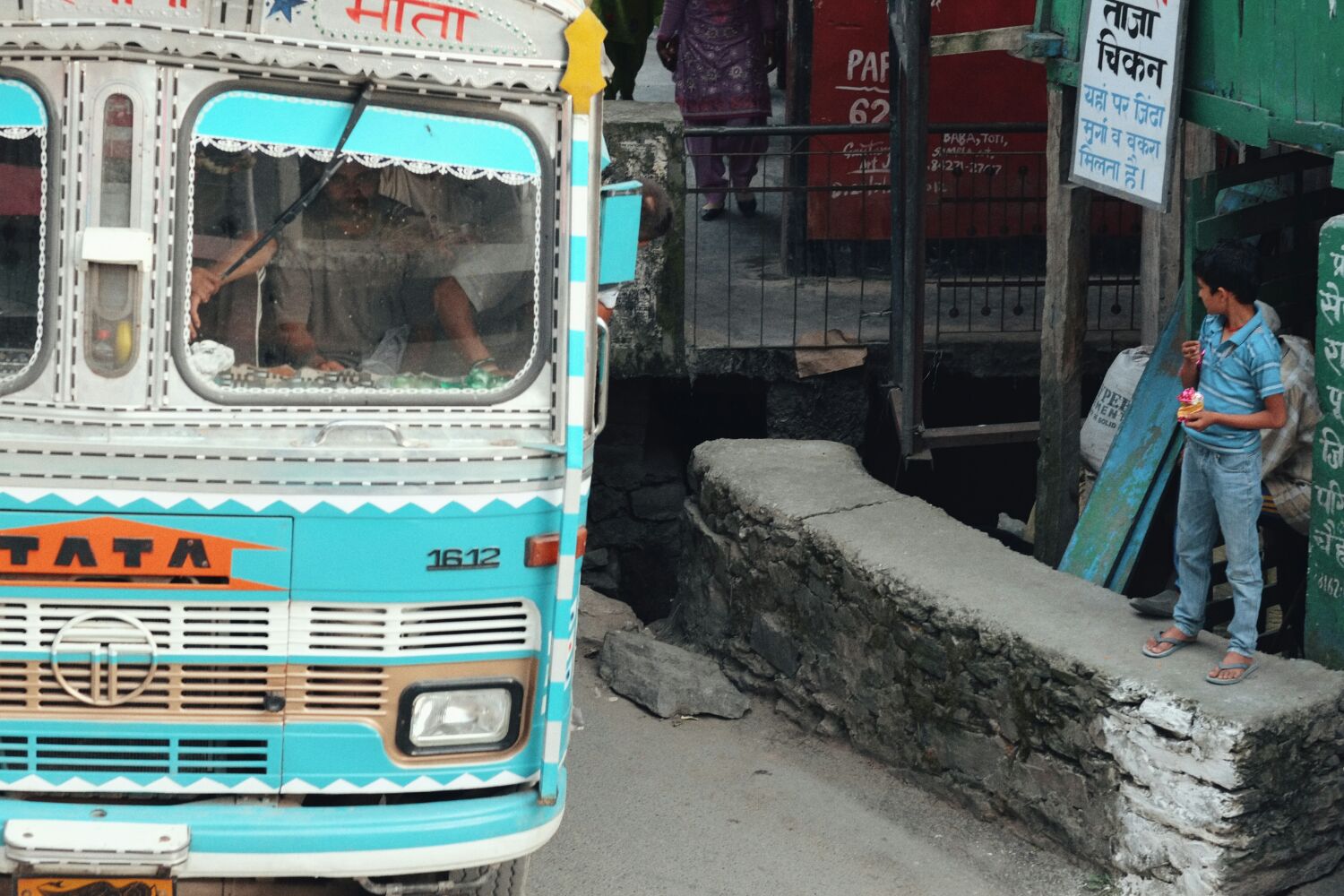 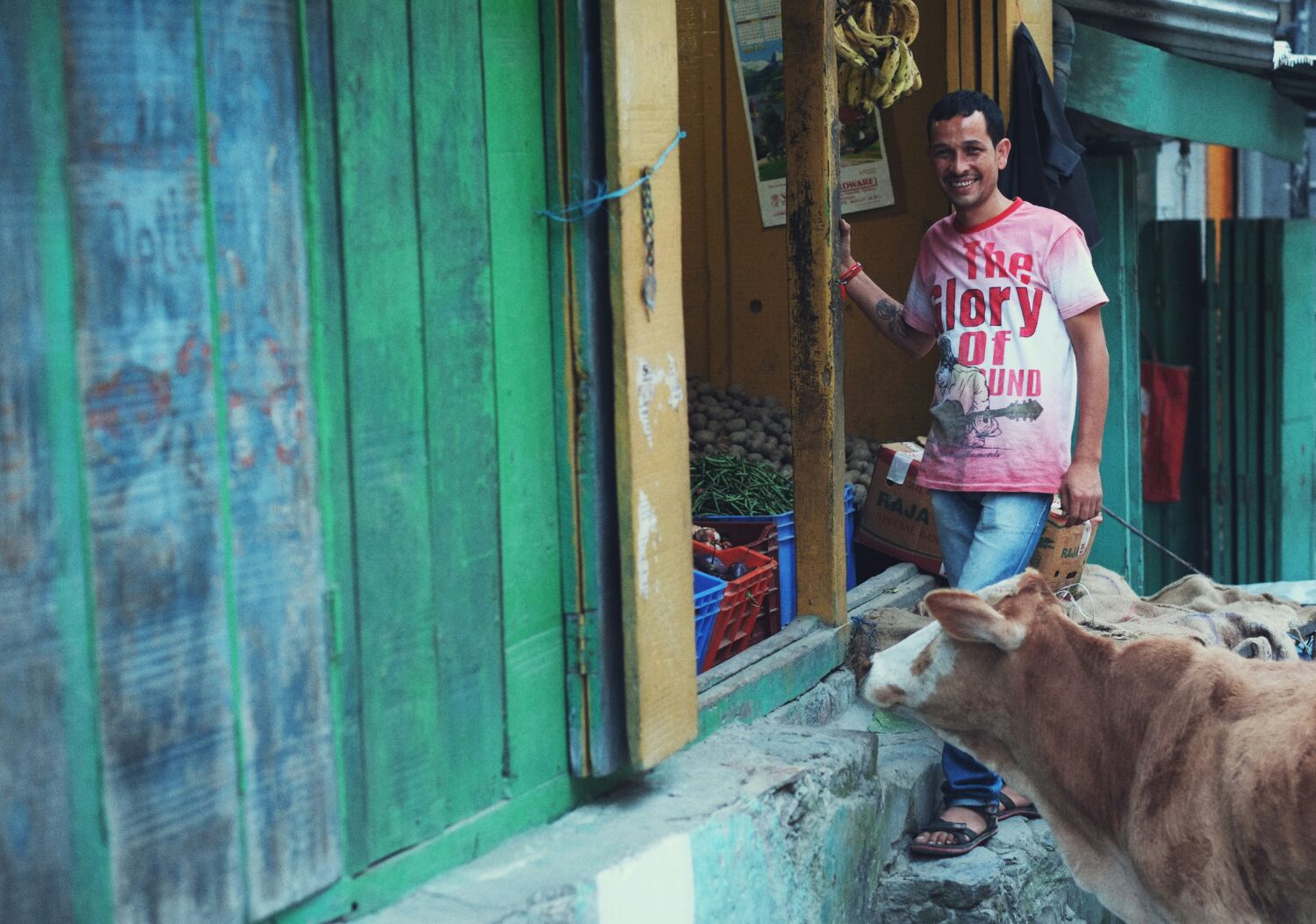 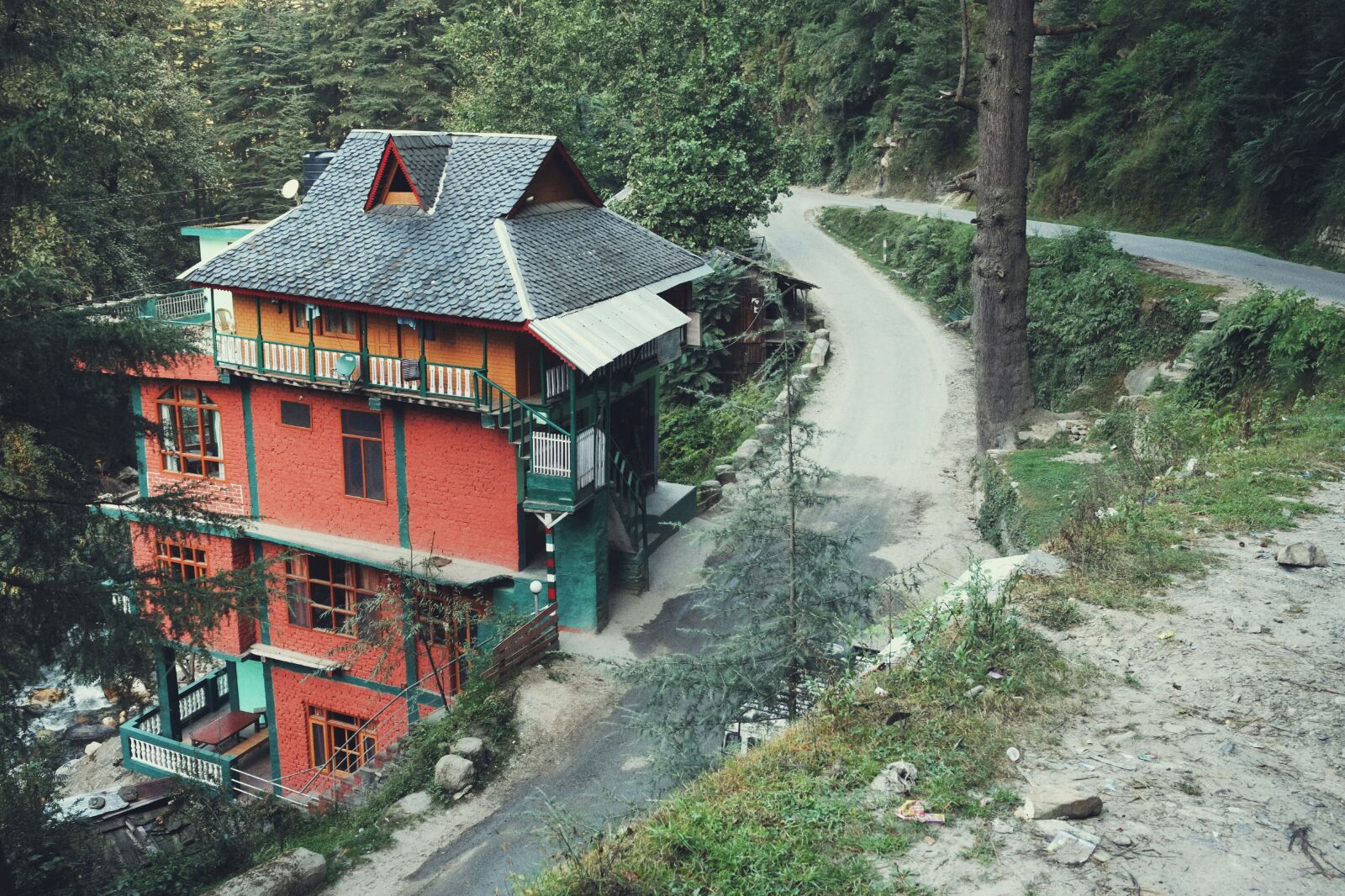 House in Jibhi, up the road from Banjar 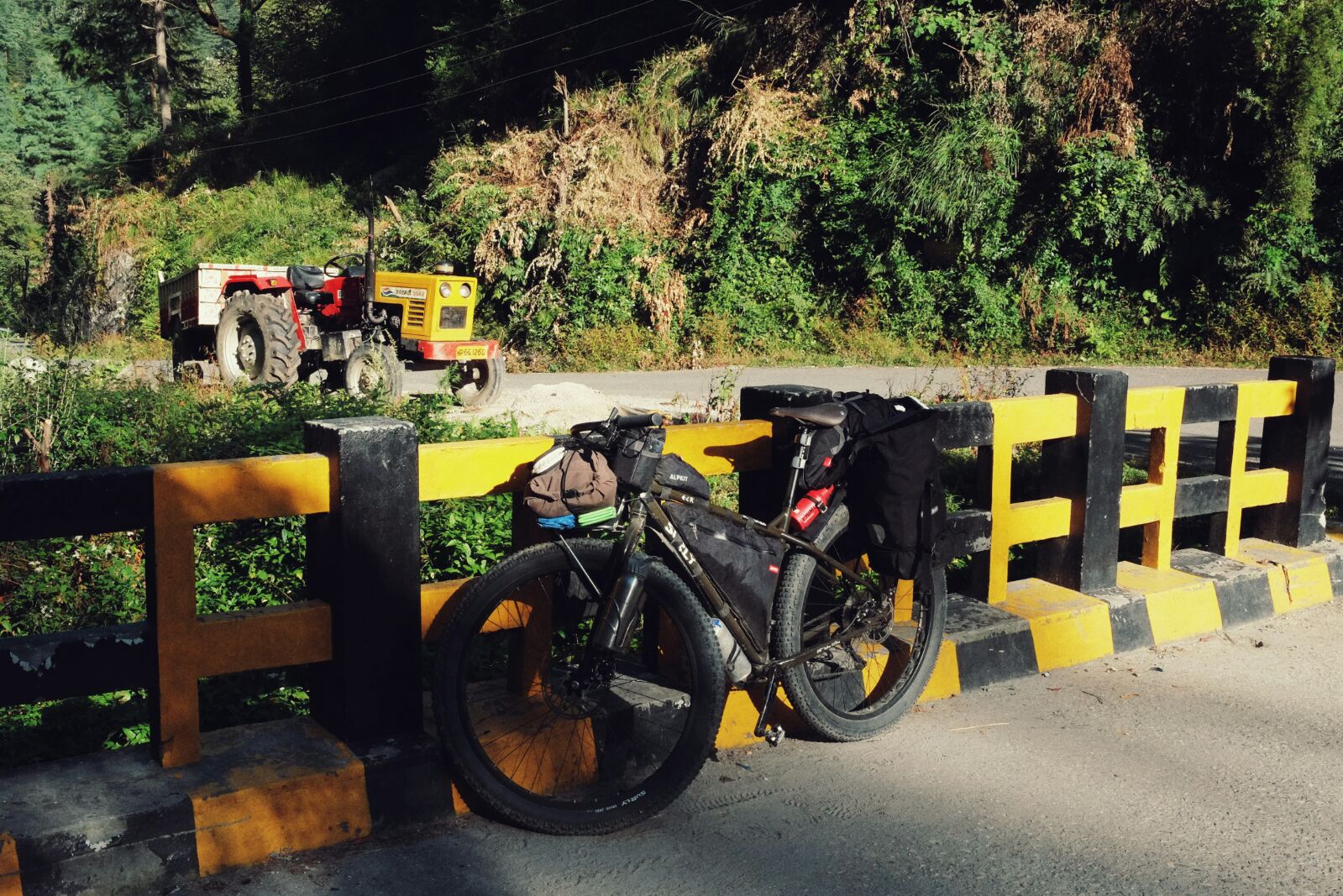 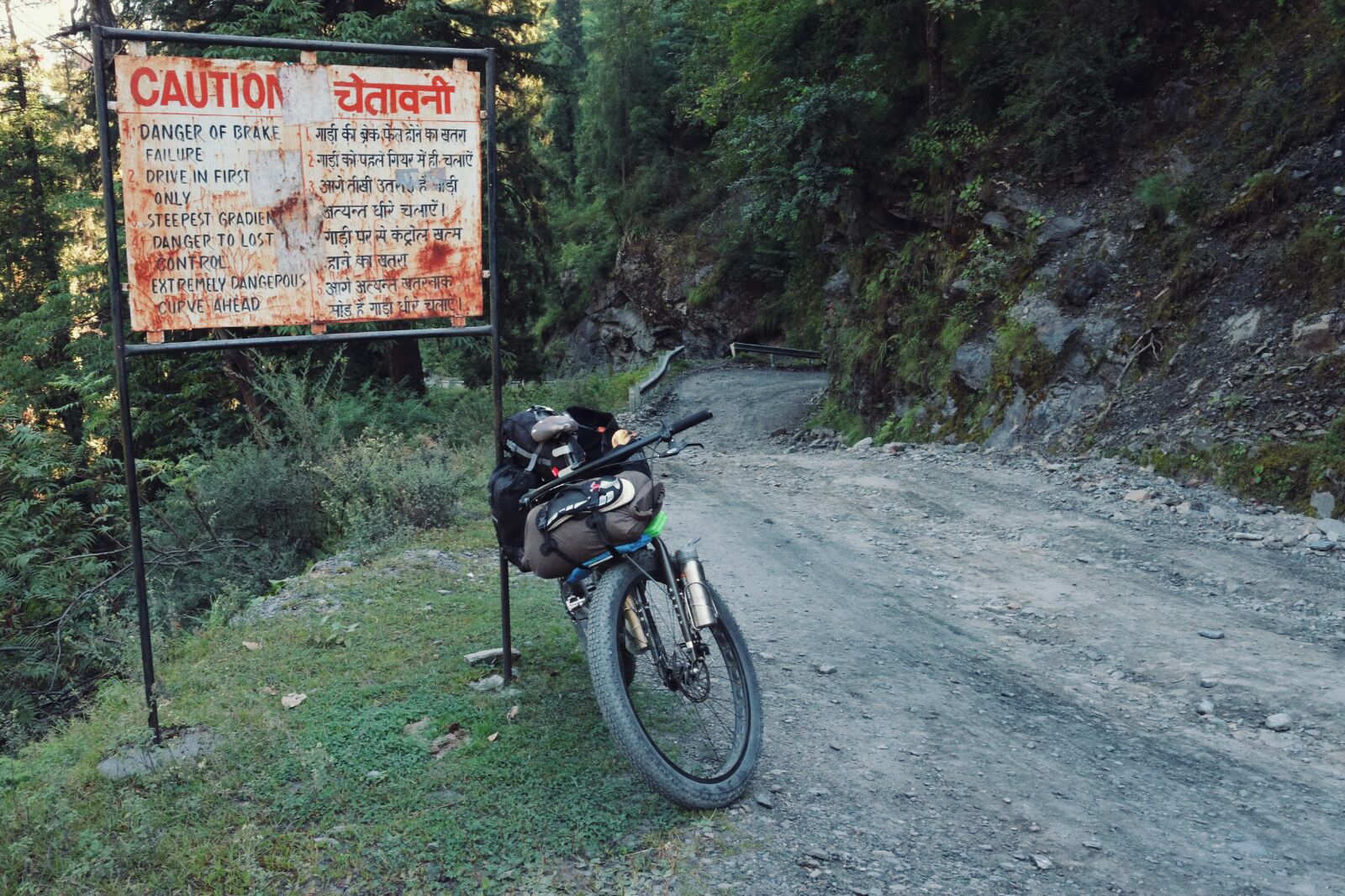 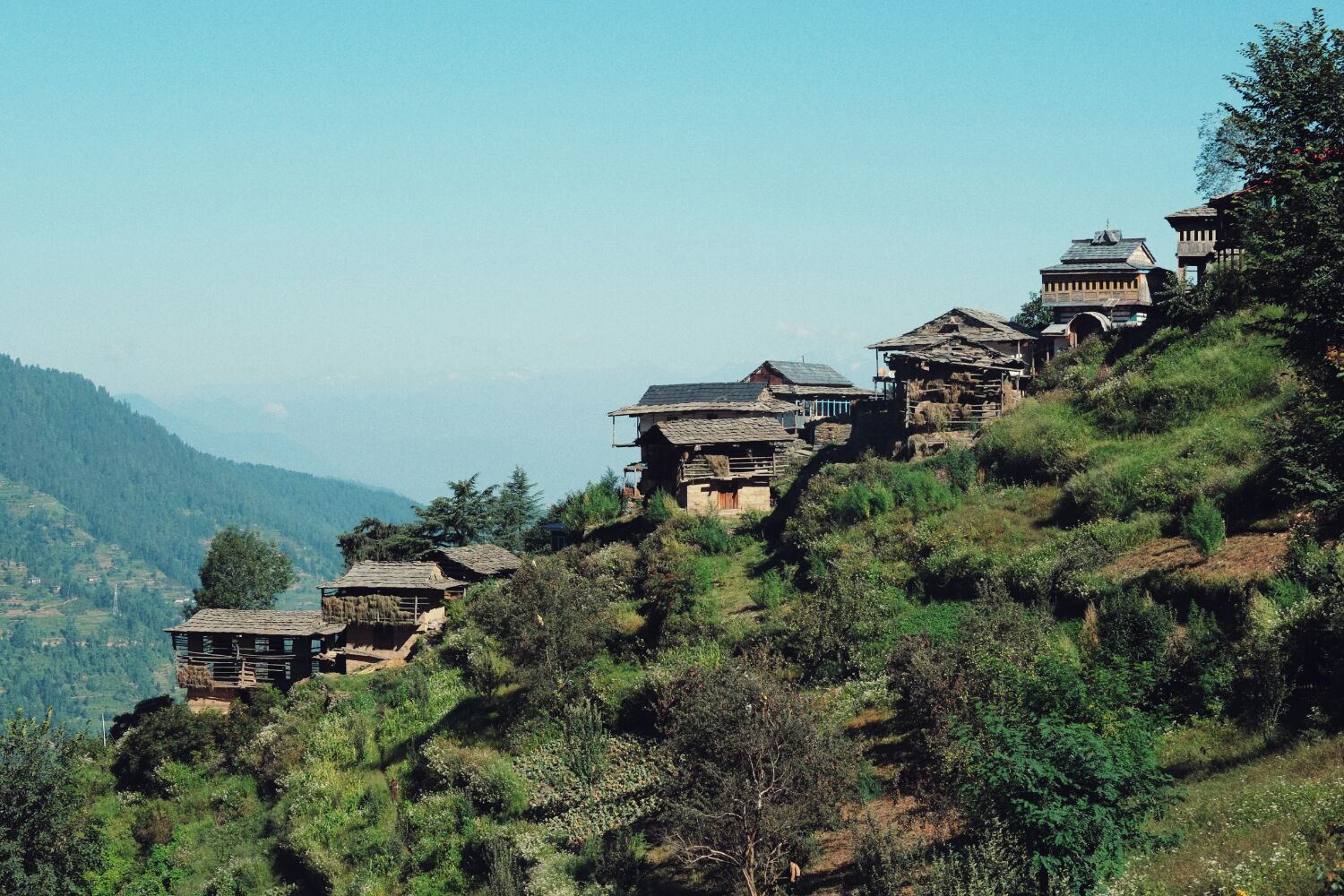 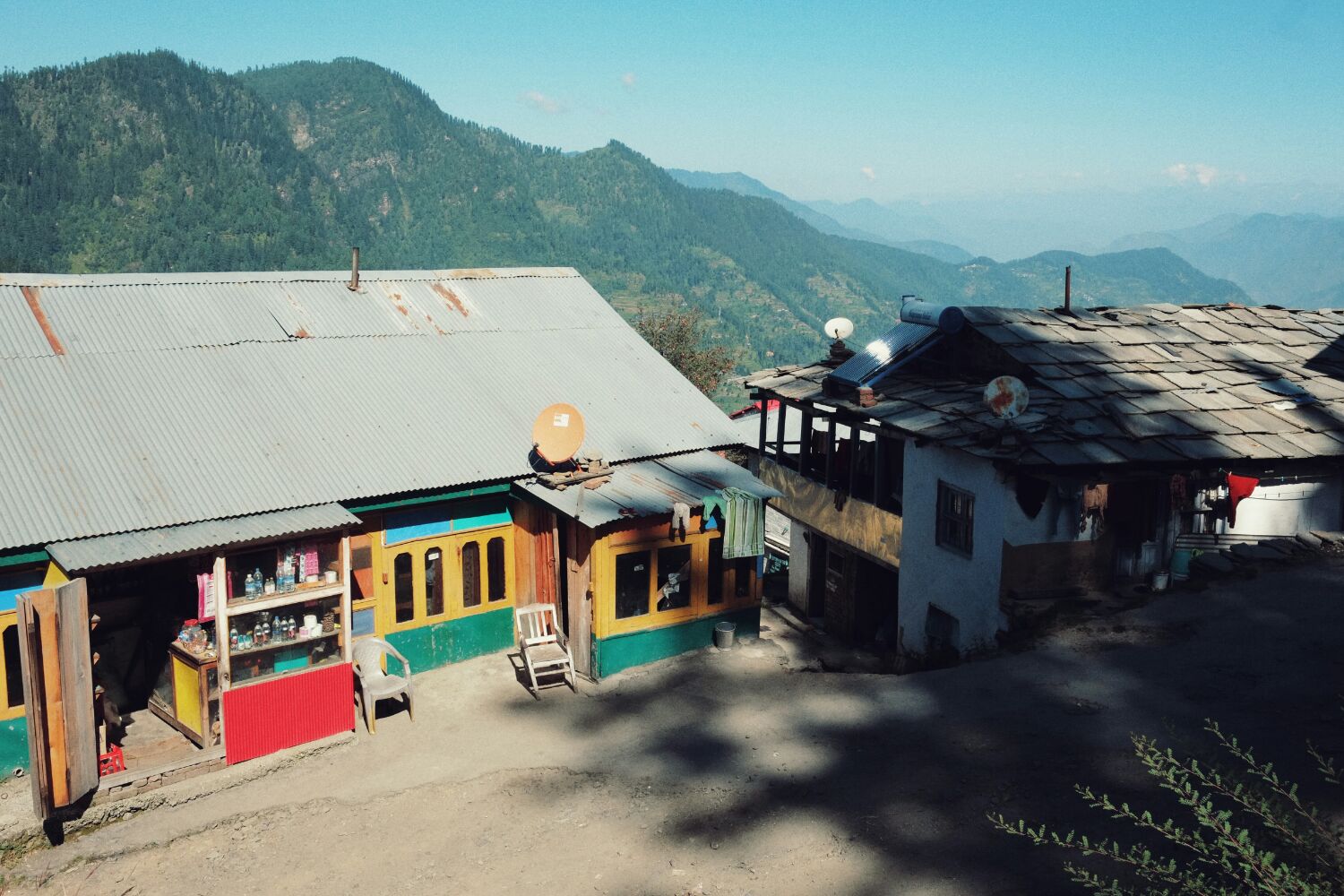 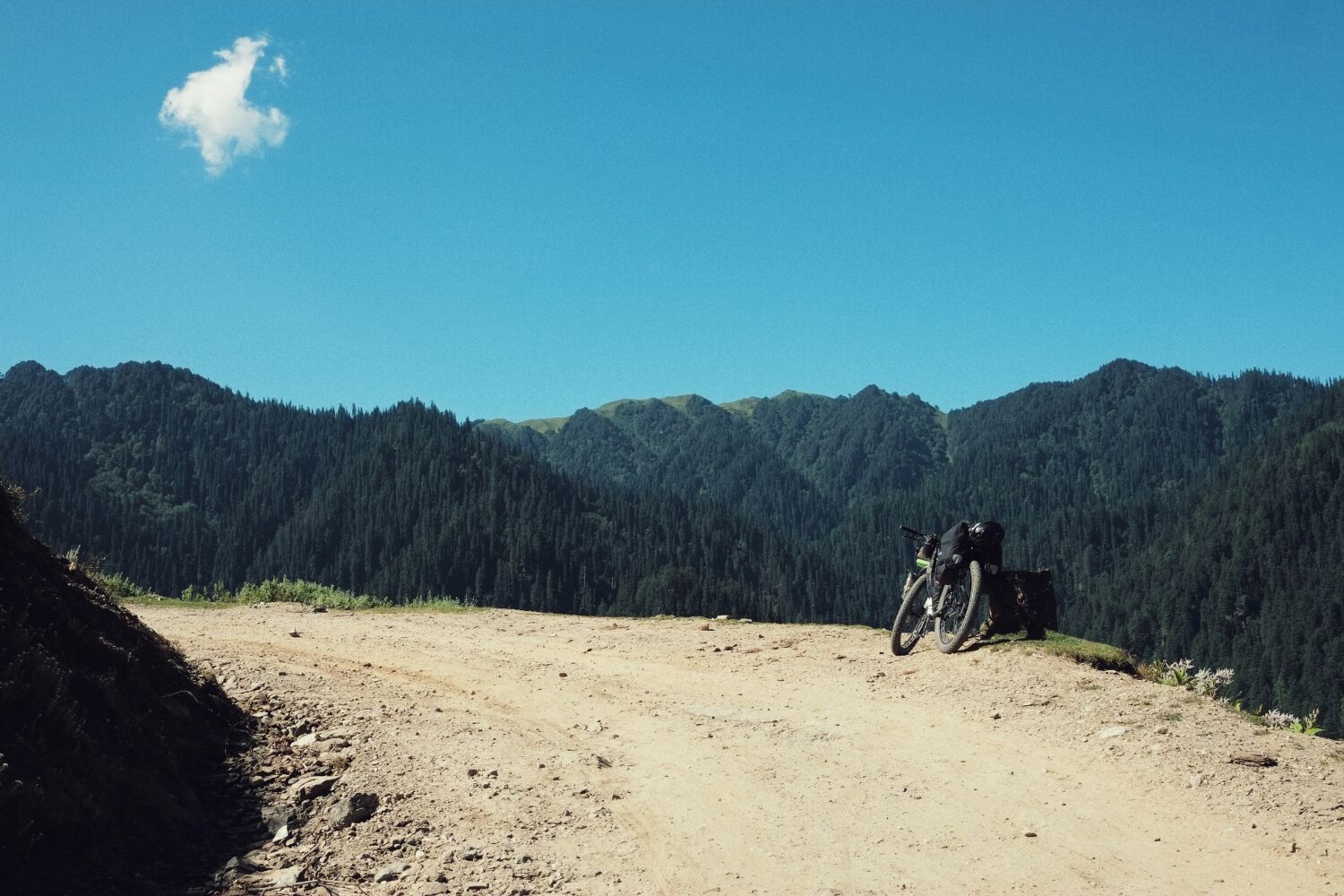 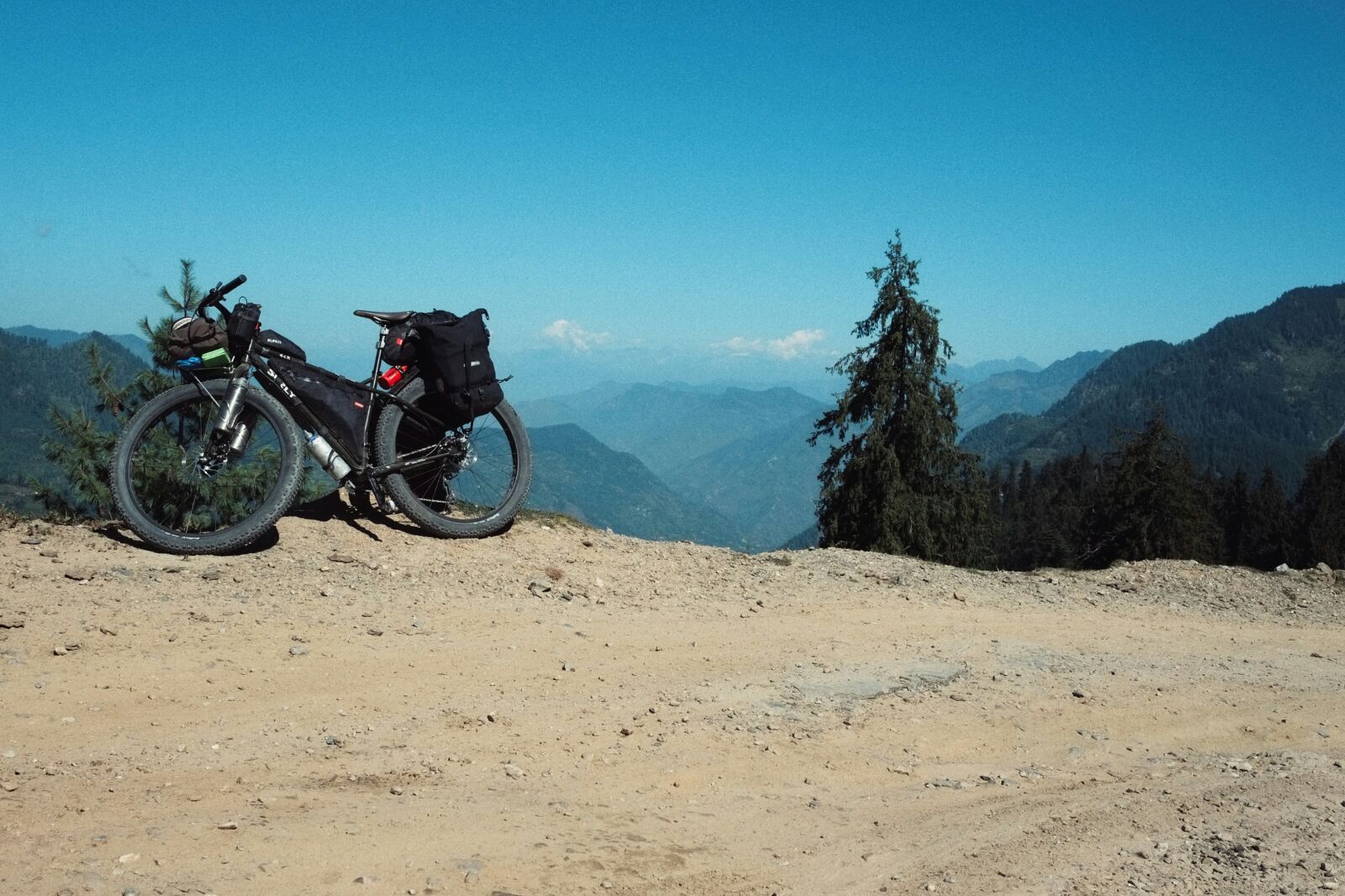 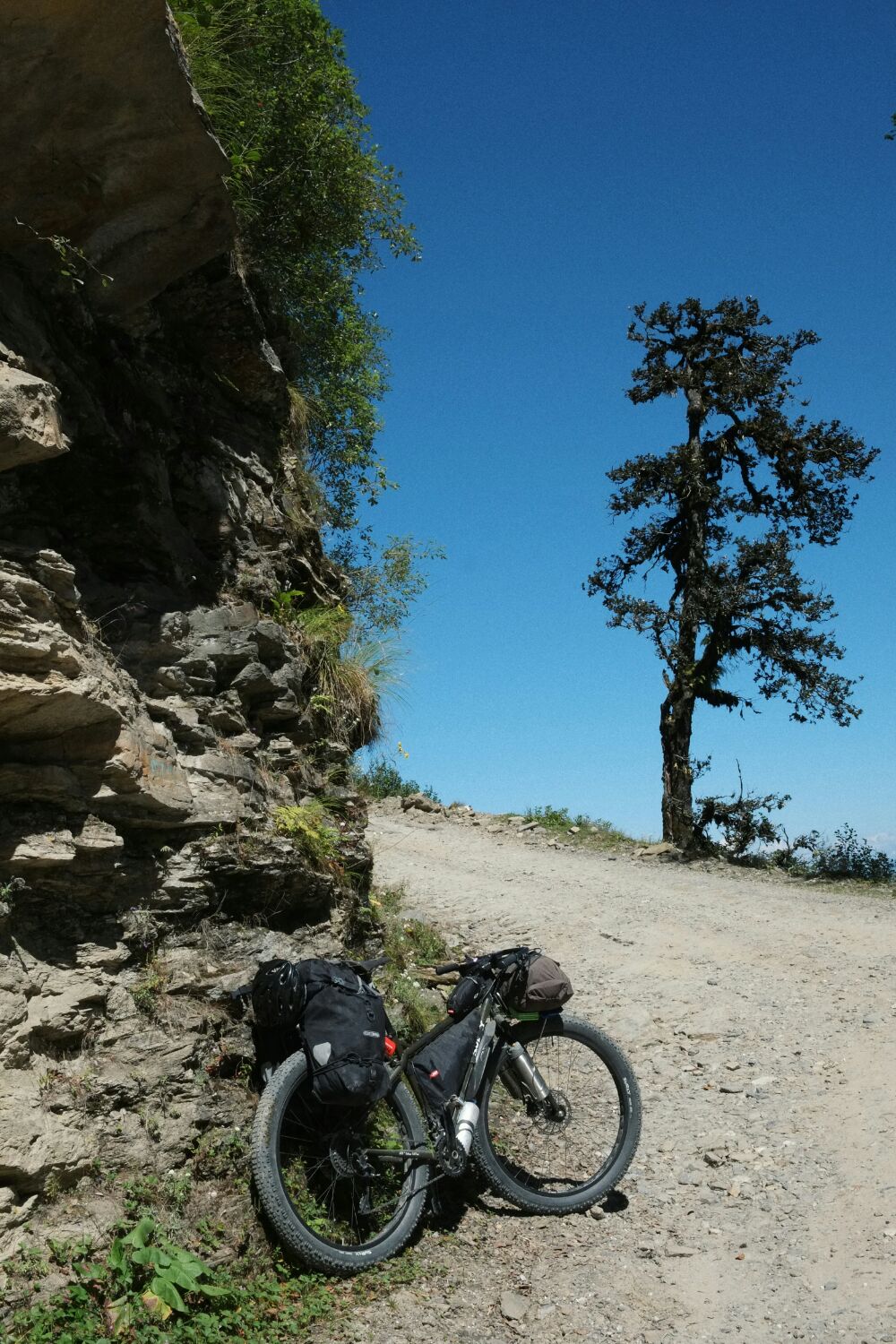 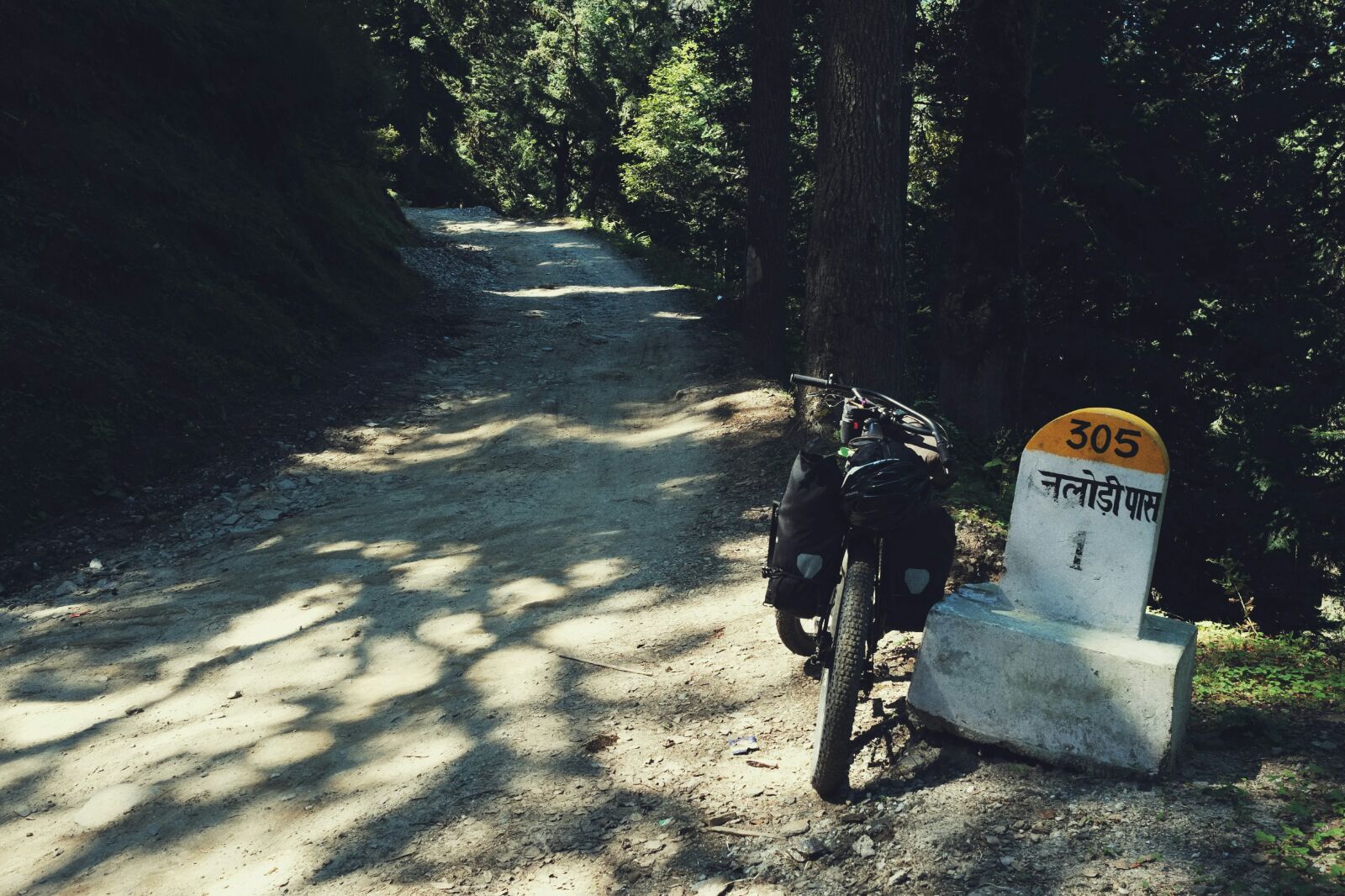 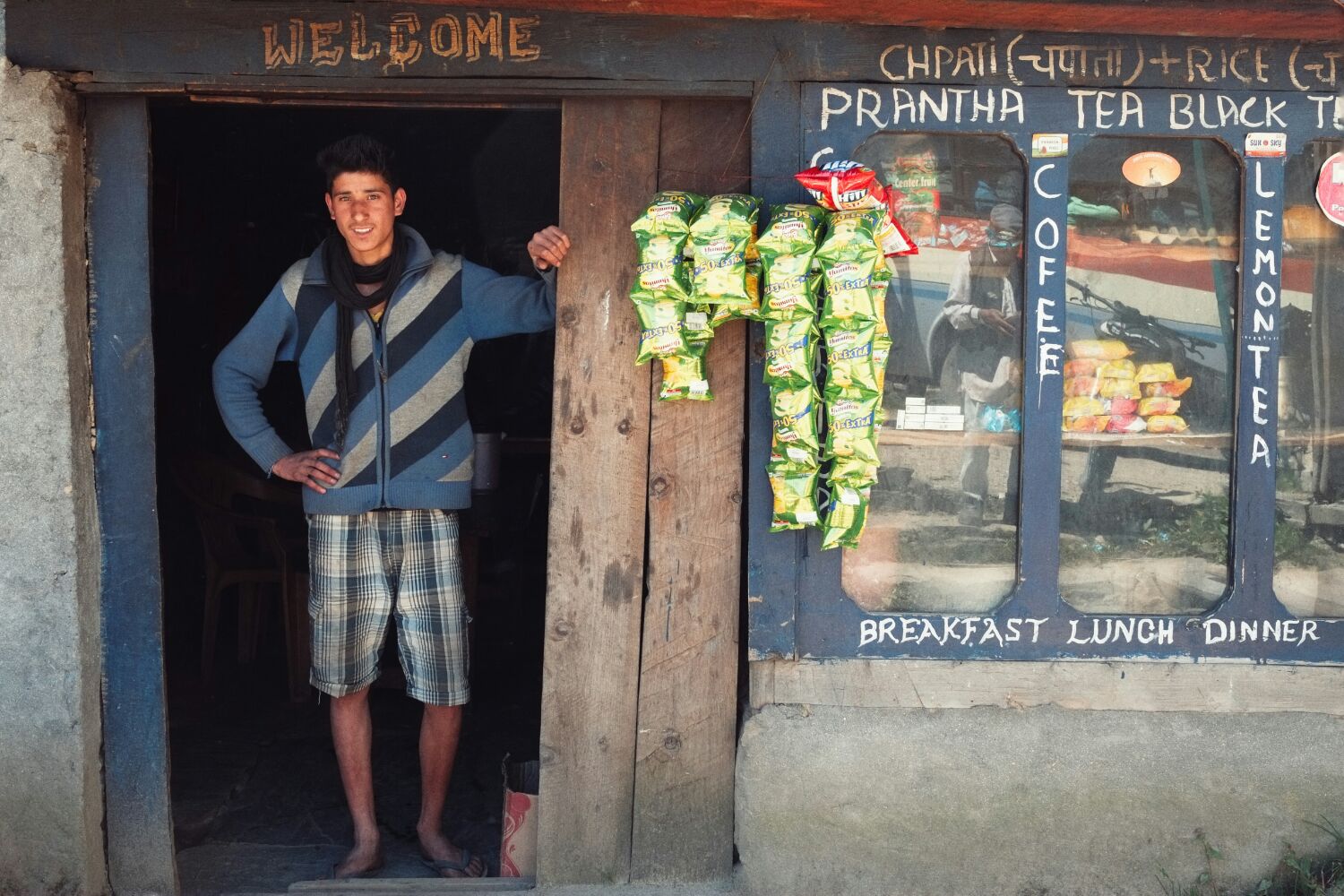 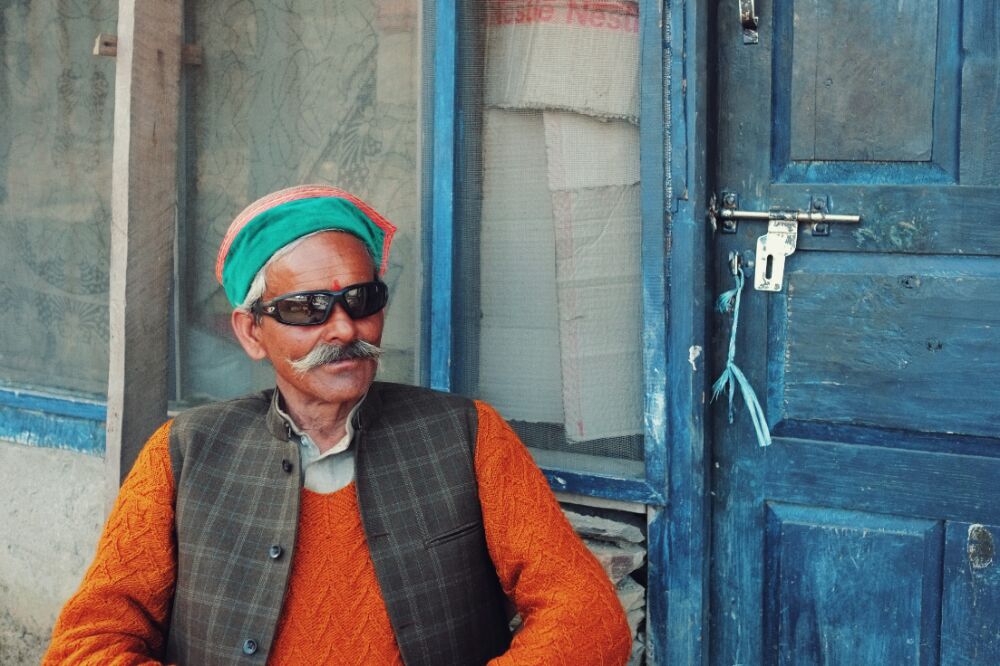 This chap was particularly keen on my sunnies 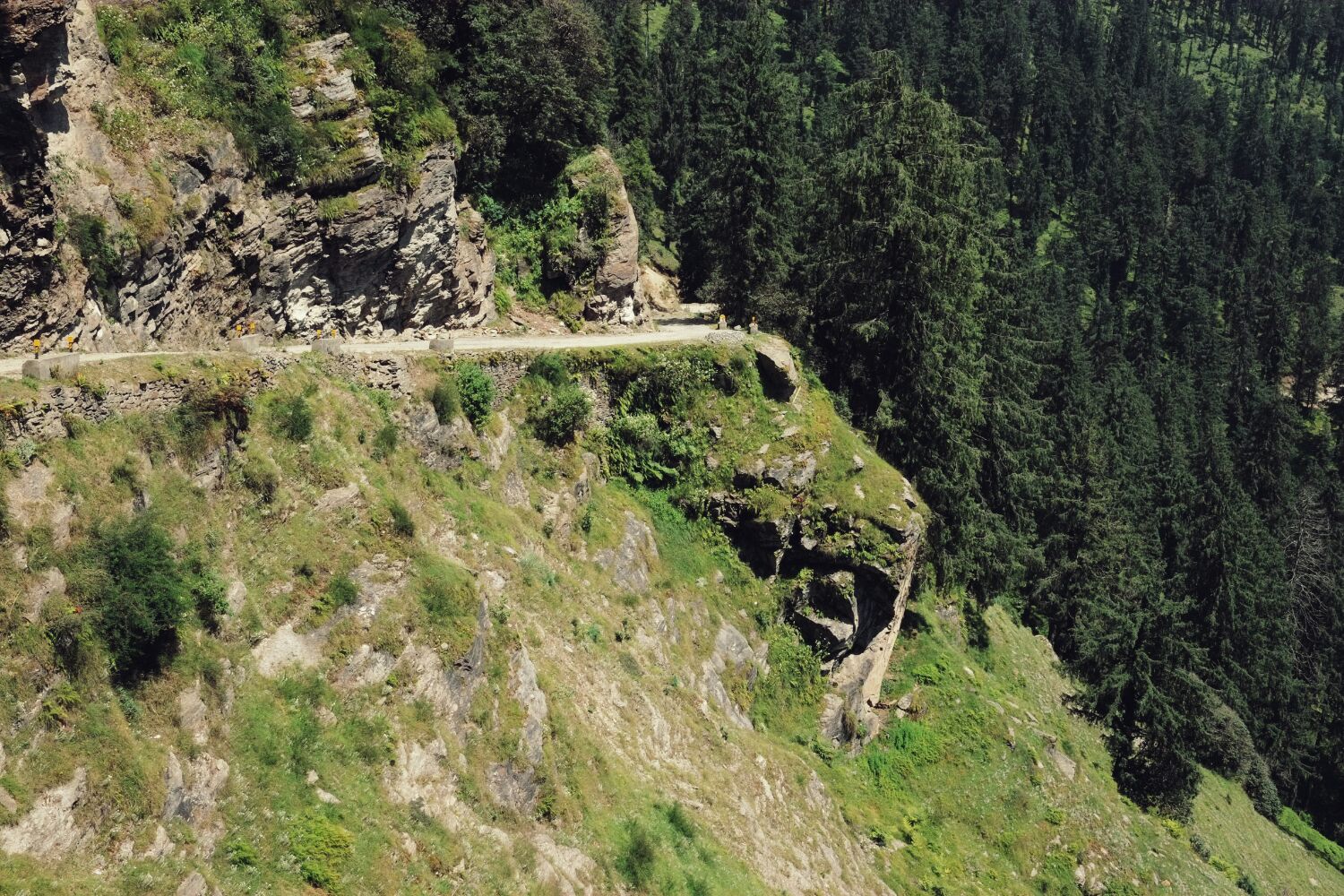 The descent.. 55km down to the baking hot valley 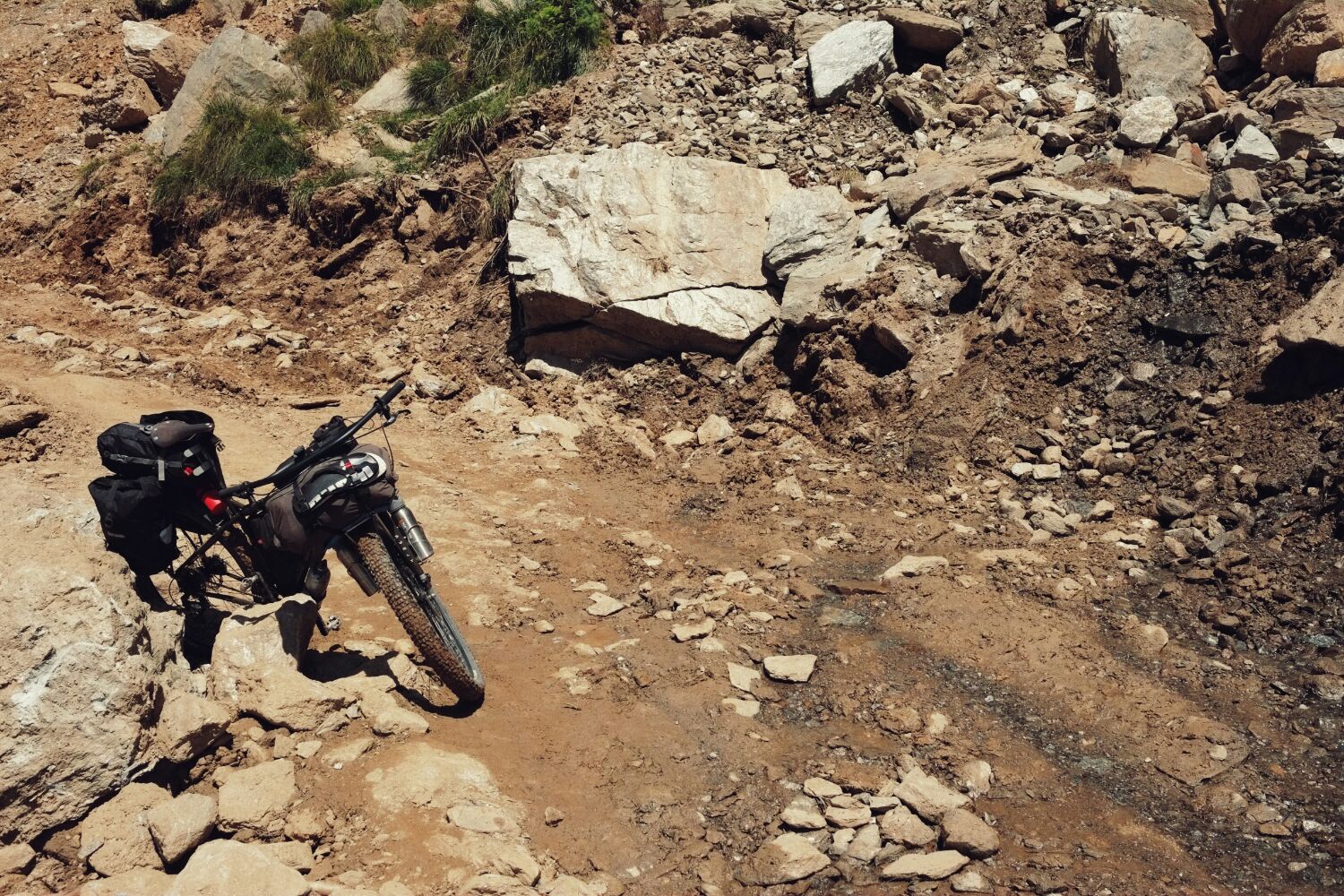 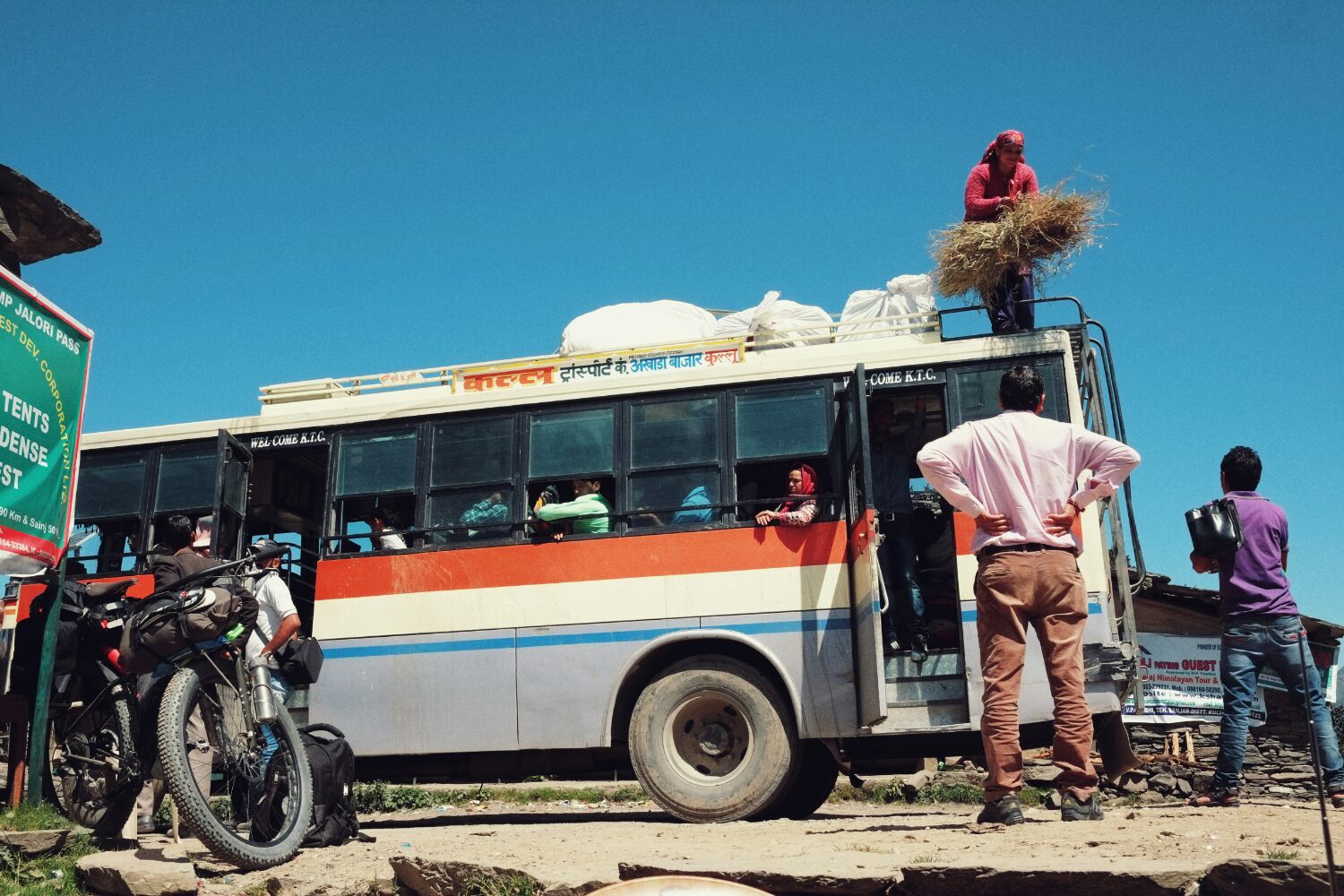 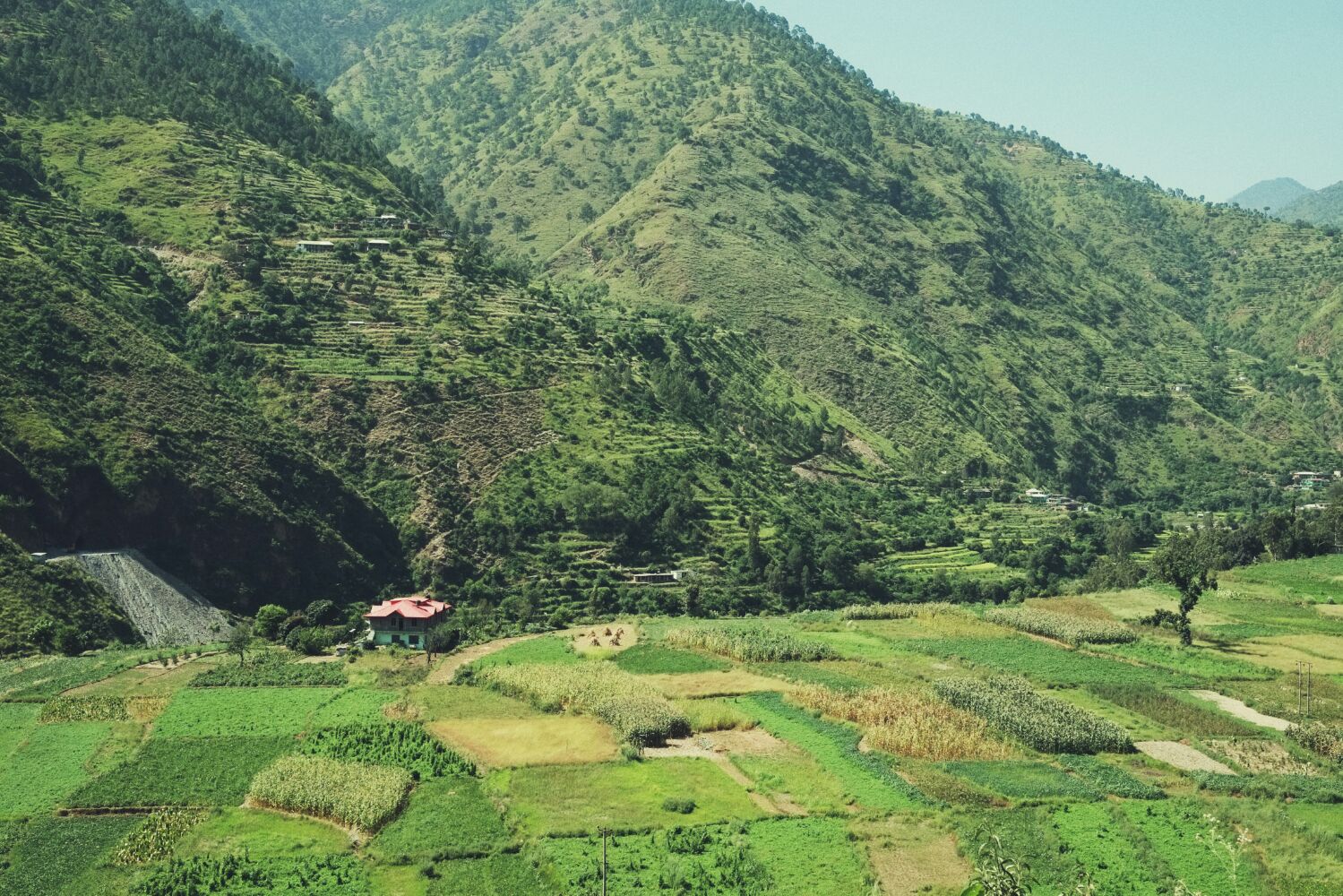 the valley on the south side of the Jalori La 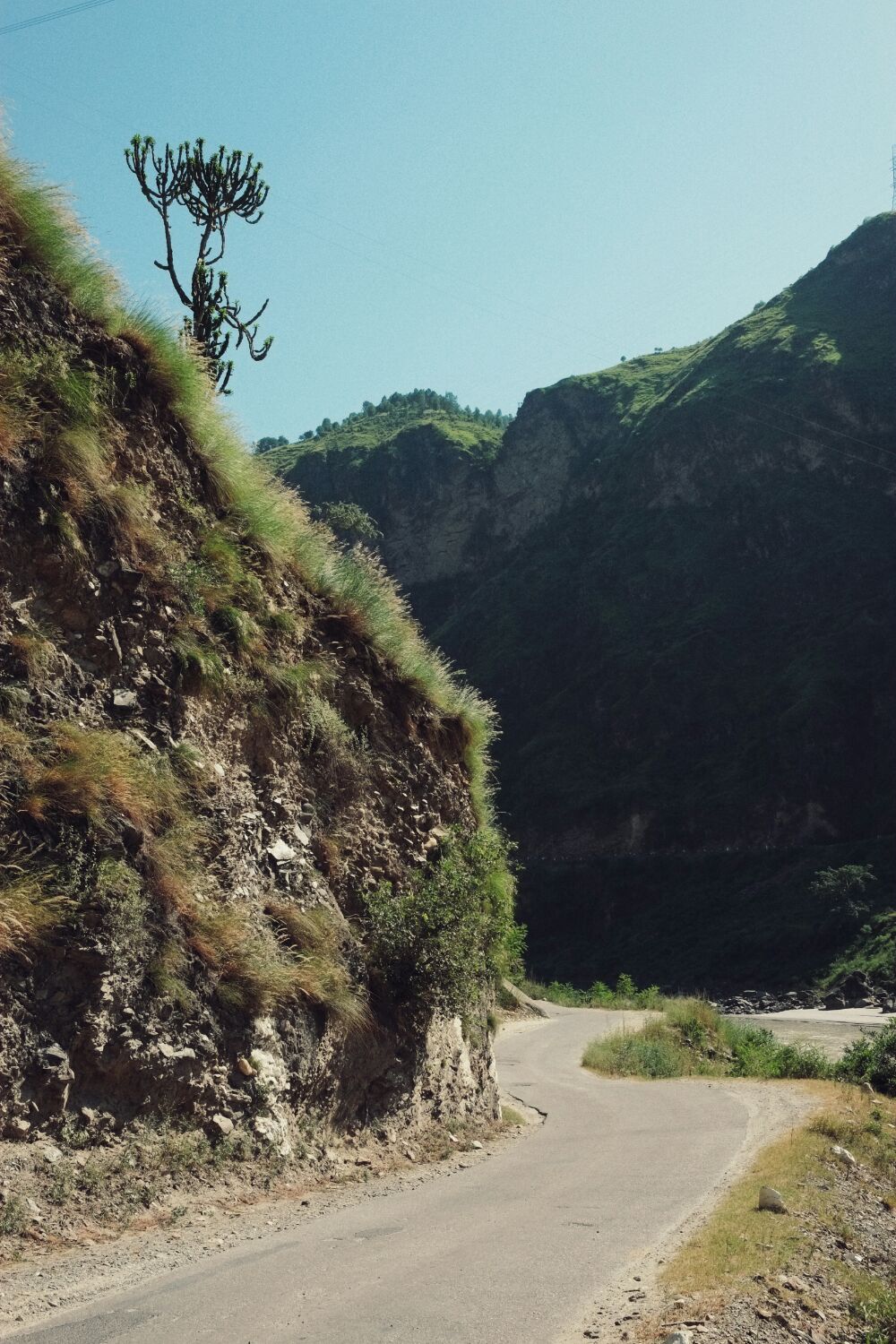 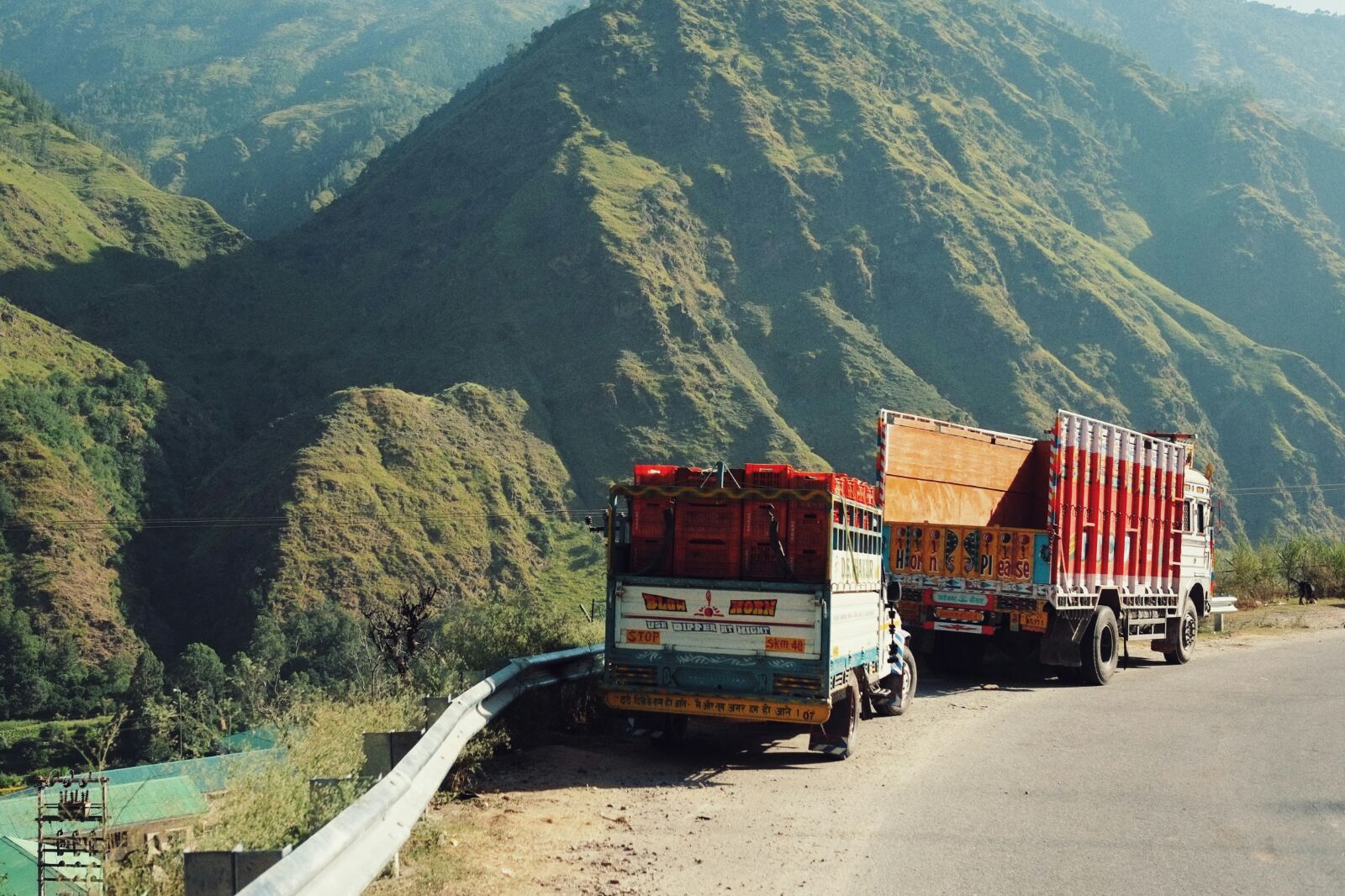 the road to Rampur