Hopefully this will be my last post from Chivay. It has been two weeks and I feel at something of a crossroads. Yesterday I went for a short spin up the valley on my unloaded bike, just to see how I was… I was OK, but not brilliant. My chest is still bit tight and I have periods of feeling really tired and weak. Whatever that infection was it really screwed me over. Morale is up and down, especially as time goes on.

I’d love to make it at least to Cotohuasi and the canyon there, it is ‘just’ 300km or so away on rough dirt however the road goes up to 5200m, and while that would be no problem in my normal state of fitness… I’m nowhere near that anymore. I decided tomorrow to just ride the 36km back up the valley to Sibayo, where Cass and I had to part company two weeks ago. If that goes OK and I feel able to continue the next day then it’s a further 65km of dirt to Caylloma, a small town, with just a 4700m pass in the way. If I can get that far I’ll need a rest there for a day at least I think…  If I find I can’t continue then my backup plan is to roll back to Chivay, scrub the ride, return to Arequipa and spend the next 6 weeks or so on some advanced Spanish lessons, and try and hook up with some of the local cycling crowd for some riding  and social stuff. While my Spanish is fine for everyday stuff, and finding my way around the healthcare system (!) I struggle with more in depth conversations grammatically, especially at the speed folk talk around here, and to improve further I need some proper conversations with someone who can help me with the more complex structures and moods that don’t necessarily have parallels in English. It wouldn’t be time wasted although it would be somewhat gutting.  I haven’t wasted my time here in Chivay either, aside from enjoying some pictures and getting some work out of the way, I’ve been enjoying the company of a few folk from Argentina working here.. movies at the parilla in the evenings :-) Pretty much everywhere I go Argentine folk are the friendliest, most engaging folk I’ve ever met. 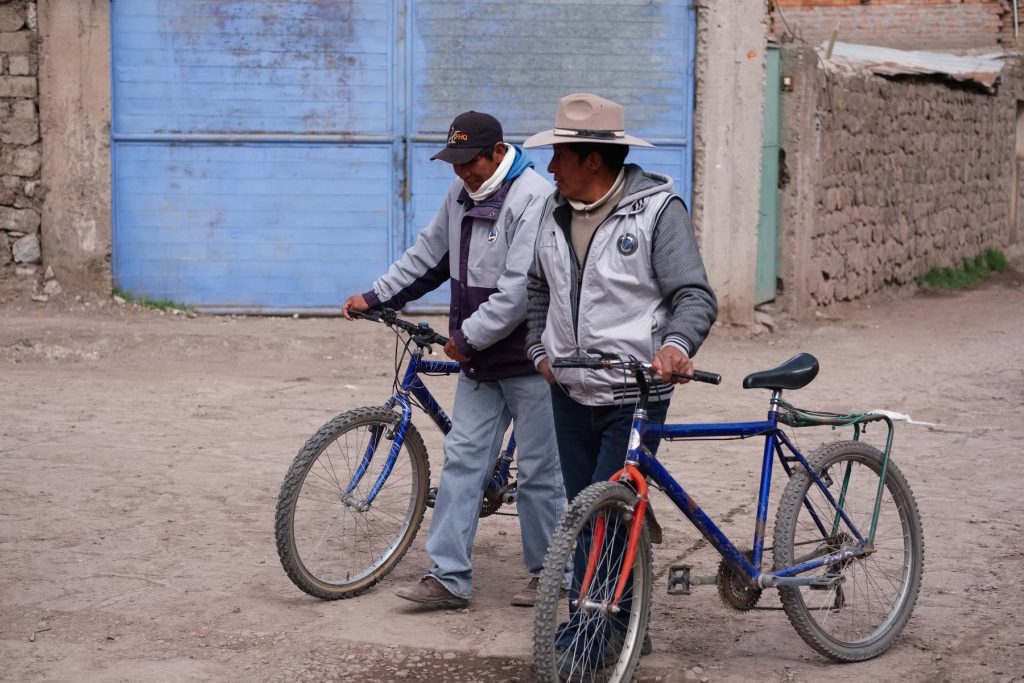 A lot of folk in these communities use bikes. Mostly it is economic necessity but ironically means that these places are far more pleasant than our traffic choked towns and villages at home. I get that cars have their place but the West’s obsession with private car ownership and a belief in a fundamental right to be able to drive a car everywhere and anywhere is quite detrimental now to quality of life. In my opinion. 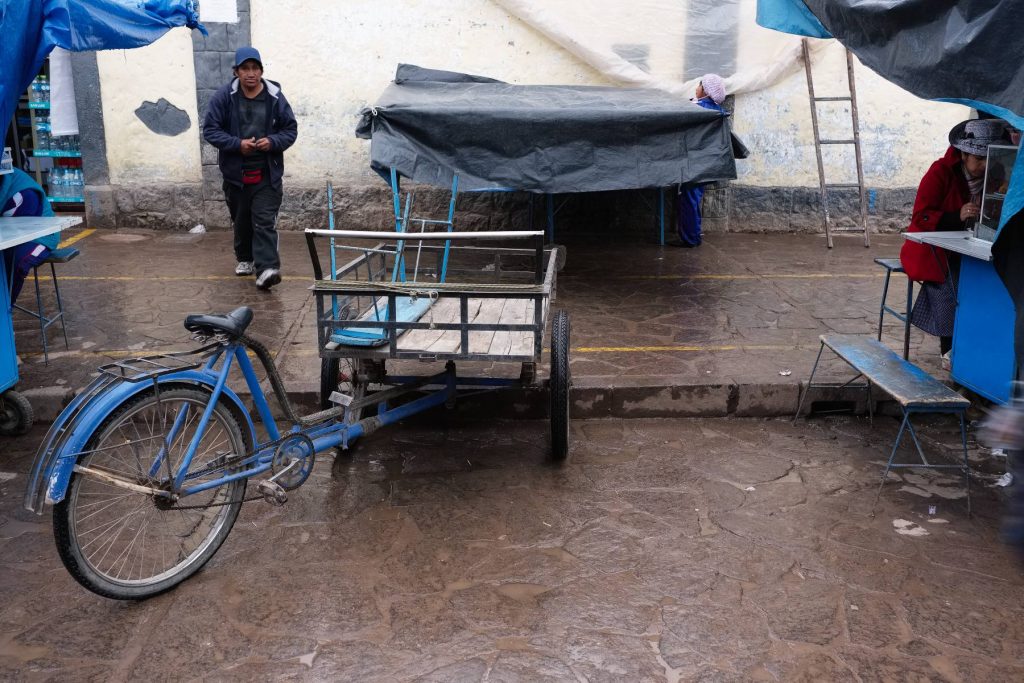 These big cargo bikes are ace. The main street of the small town I live at home is almost permanently nose to tail with cars creeping through. There is no real need for cars to be able to go through the center, there are alternatives. How nice it would be to see it pedestrianised and and local deliveries being moved in by cargo bike. Yeah I know, I’m a stupid dreamer… 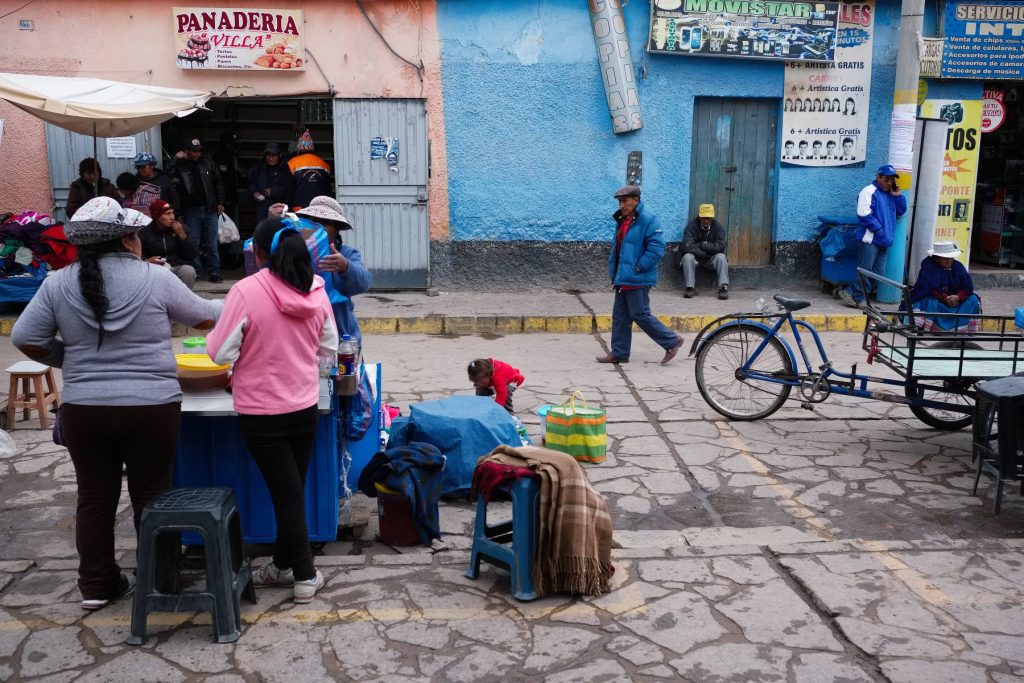 But then you could have a lively center with some life rather than folk being constrained to the pavements. It would be fantastic. 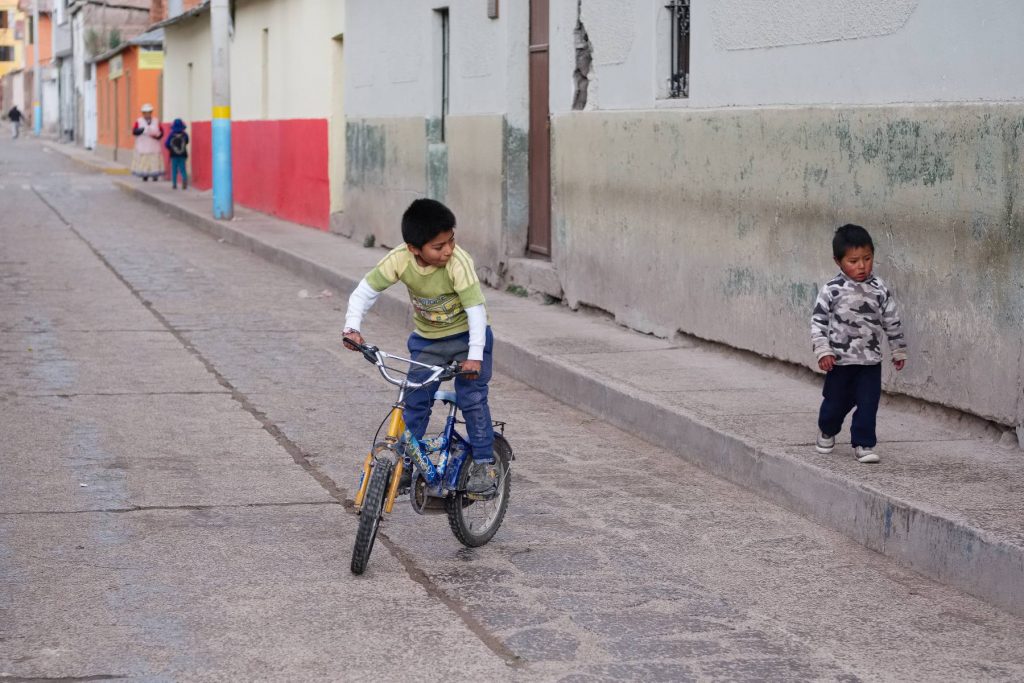 Kids have bikes too, which is brilliant. 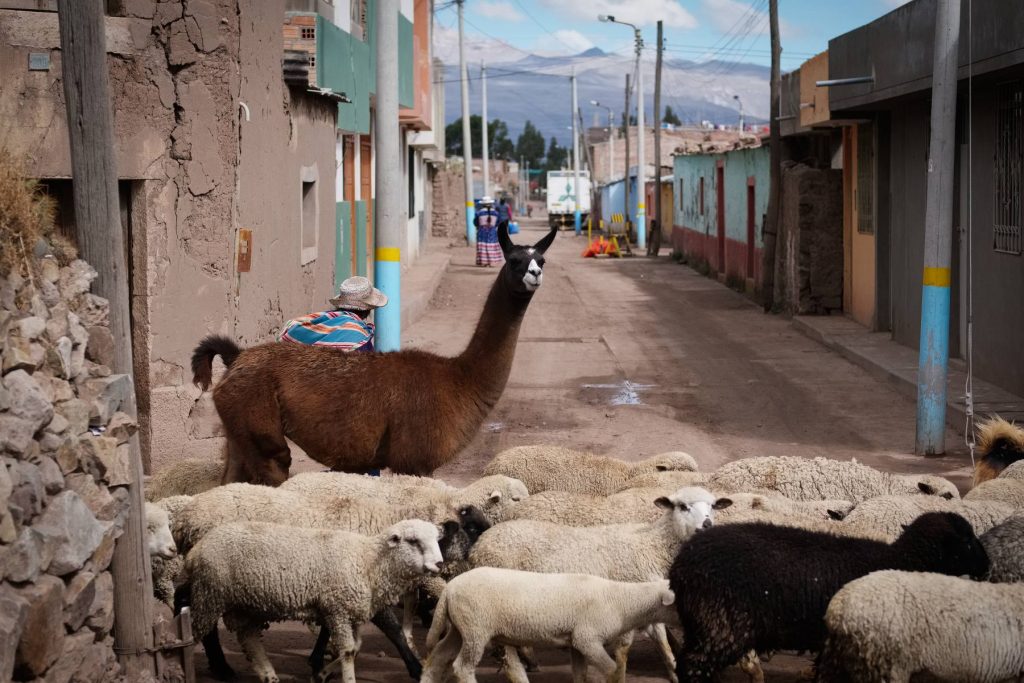 Traffic of a different kind 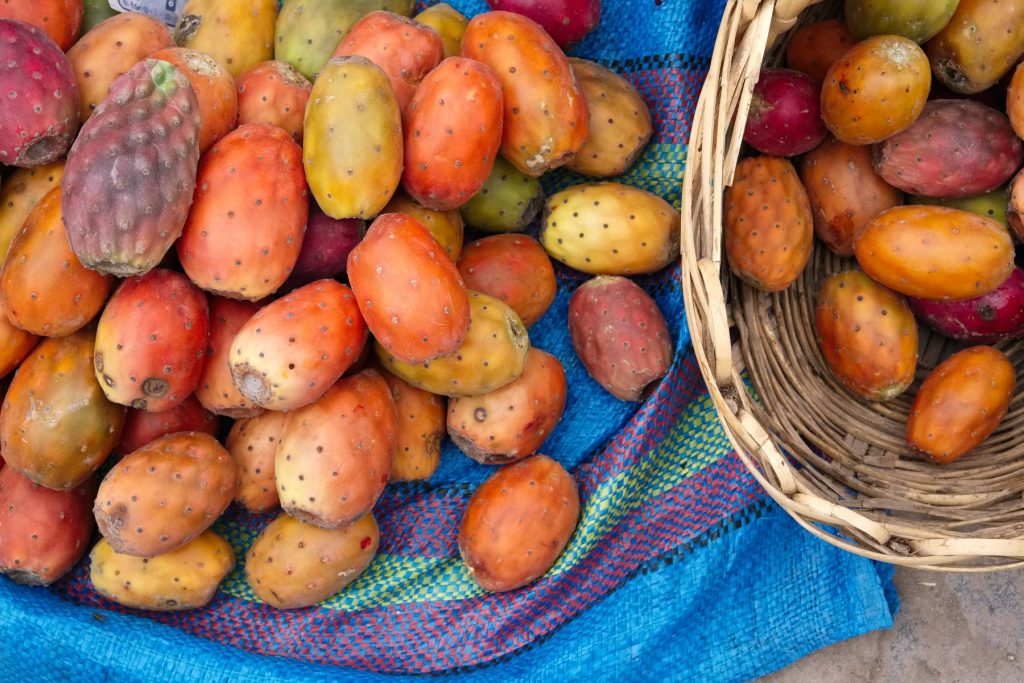 These are the fruits of a cactus. Very tasty and known locally as tuna. Entirely dolphin friendly. 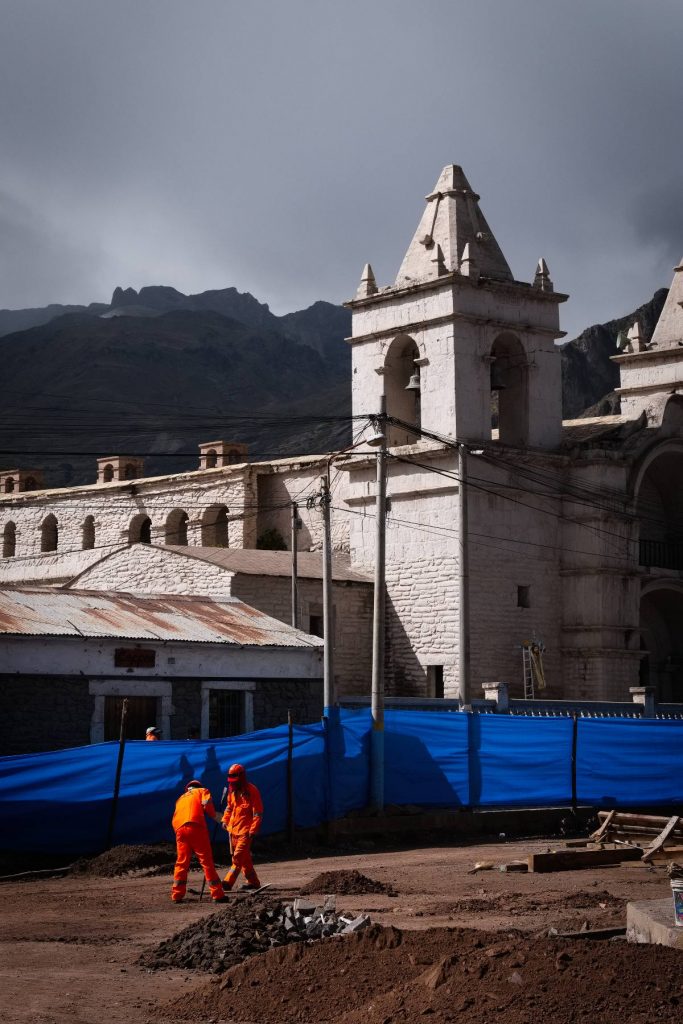 The weather has been quite unsettled the last week or so. I was happy to have some nice light to photograph Chivay’s pretty little church. The workmen in the foreground are re-paving the plaza with new stone. 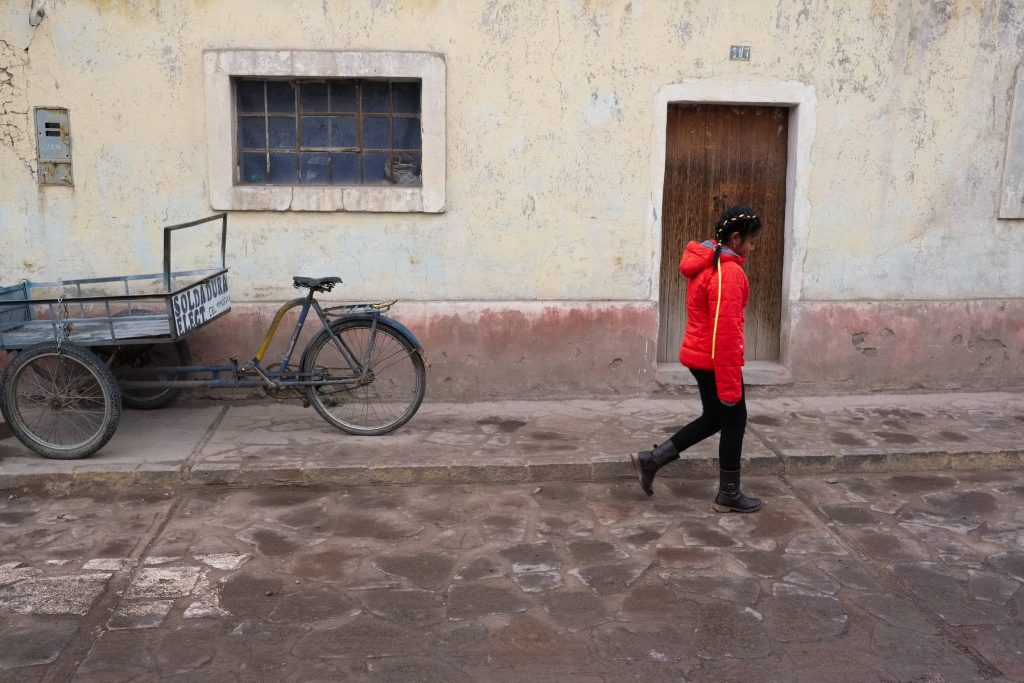 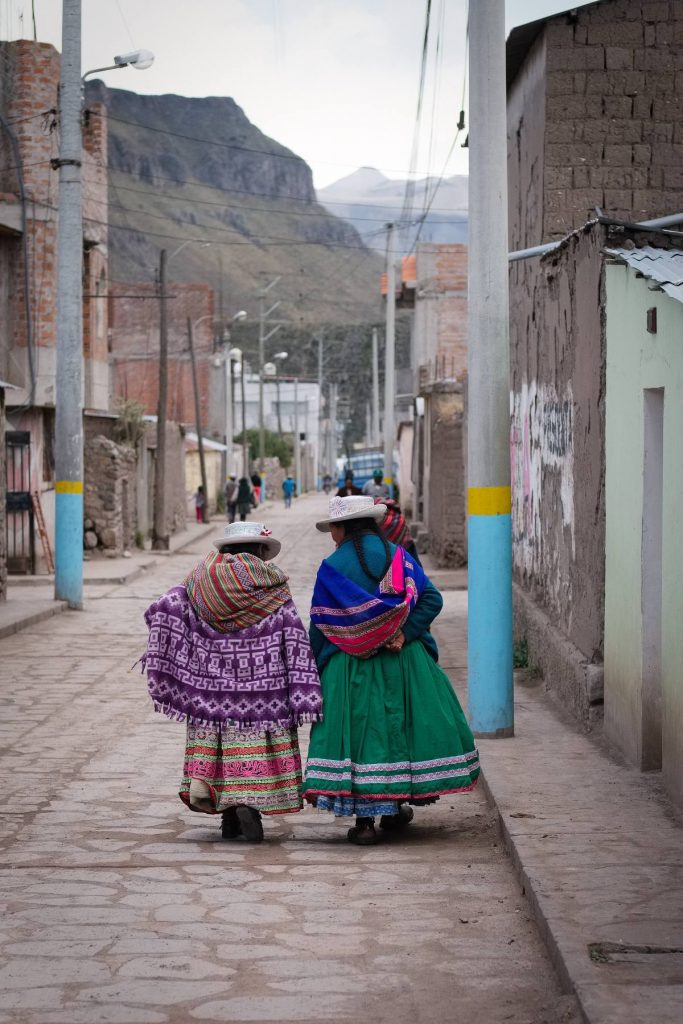 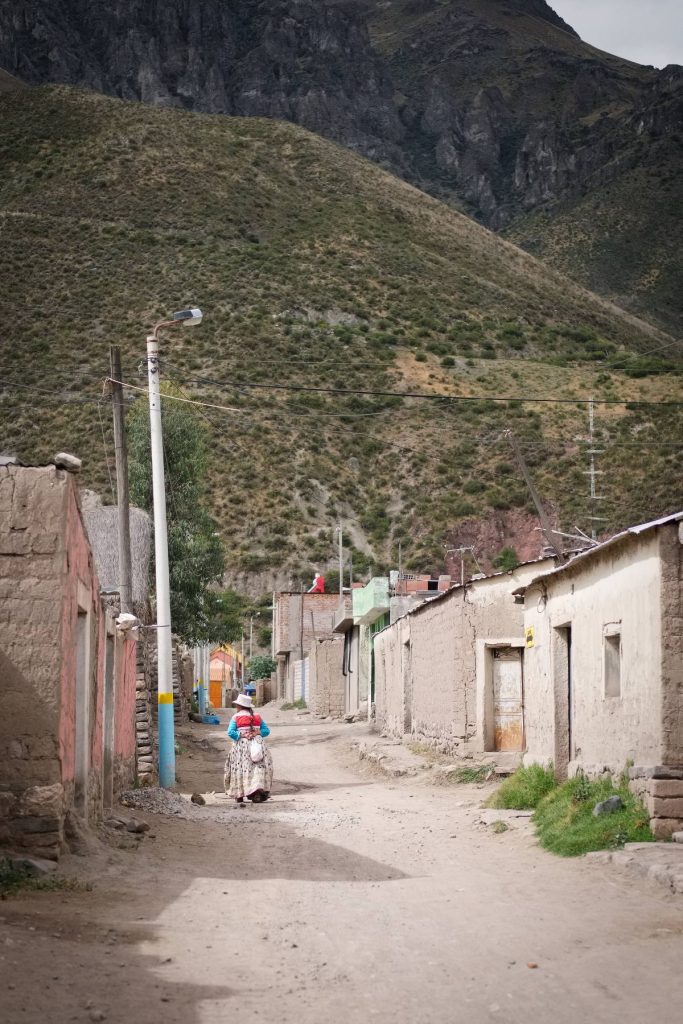 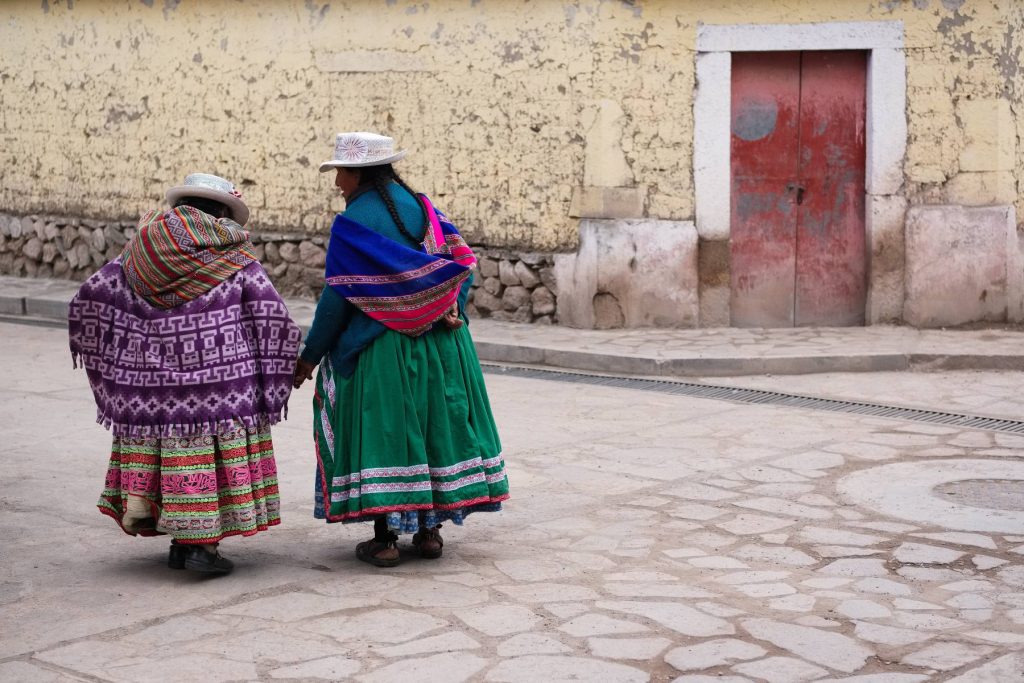 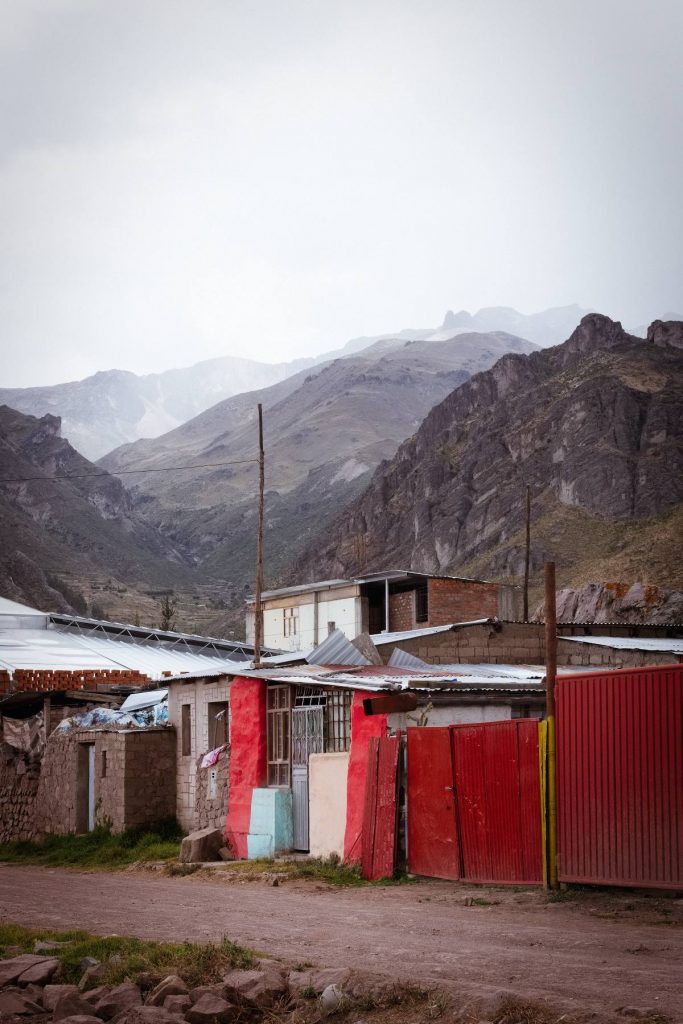 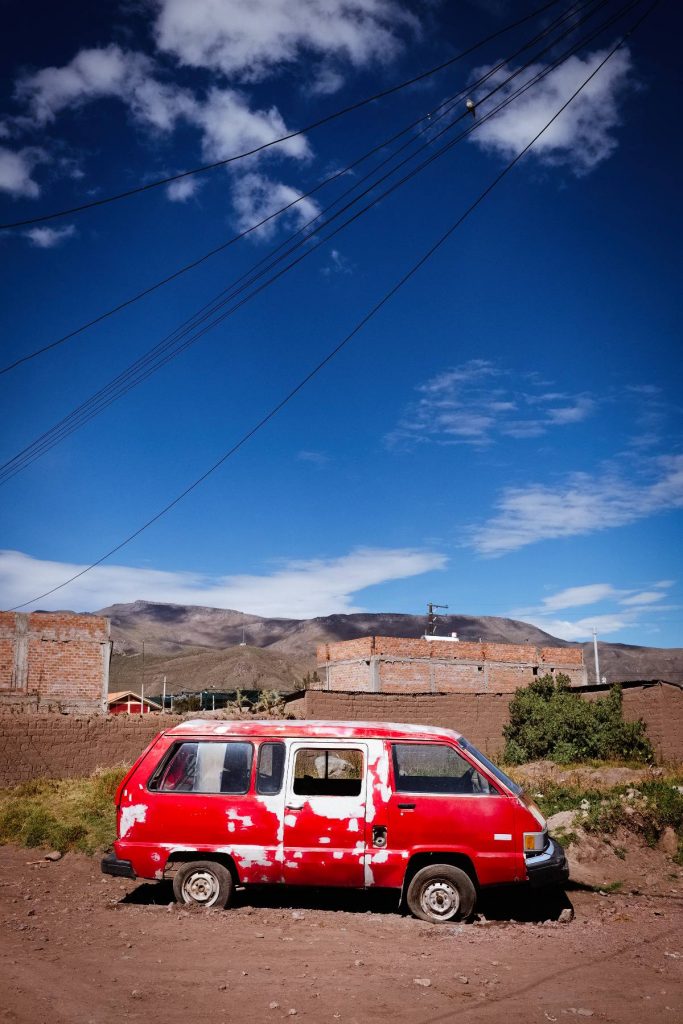 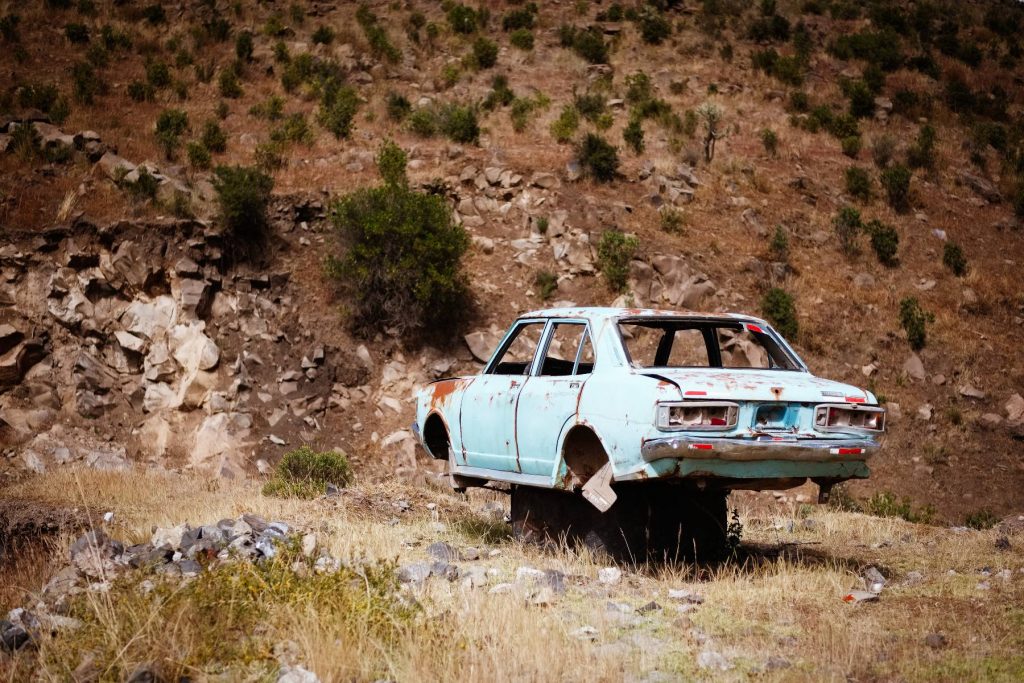 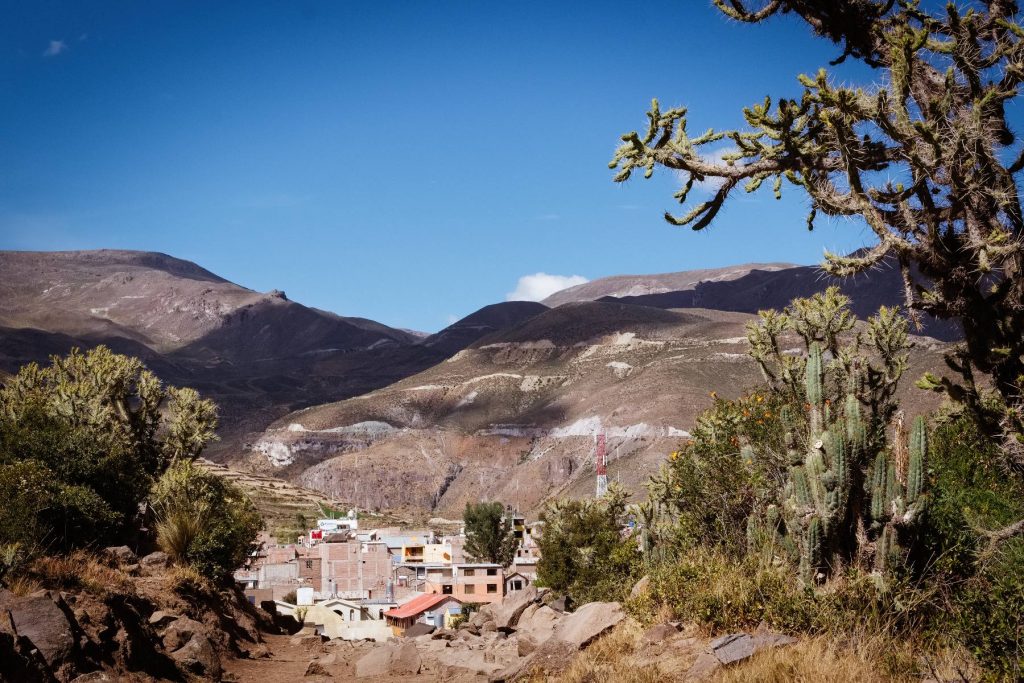 There are few trails to explore above the village. I haven’t been far, haven’t felt well enough, but it does give some nice context. 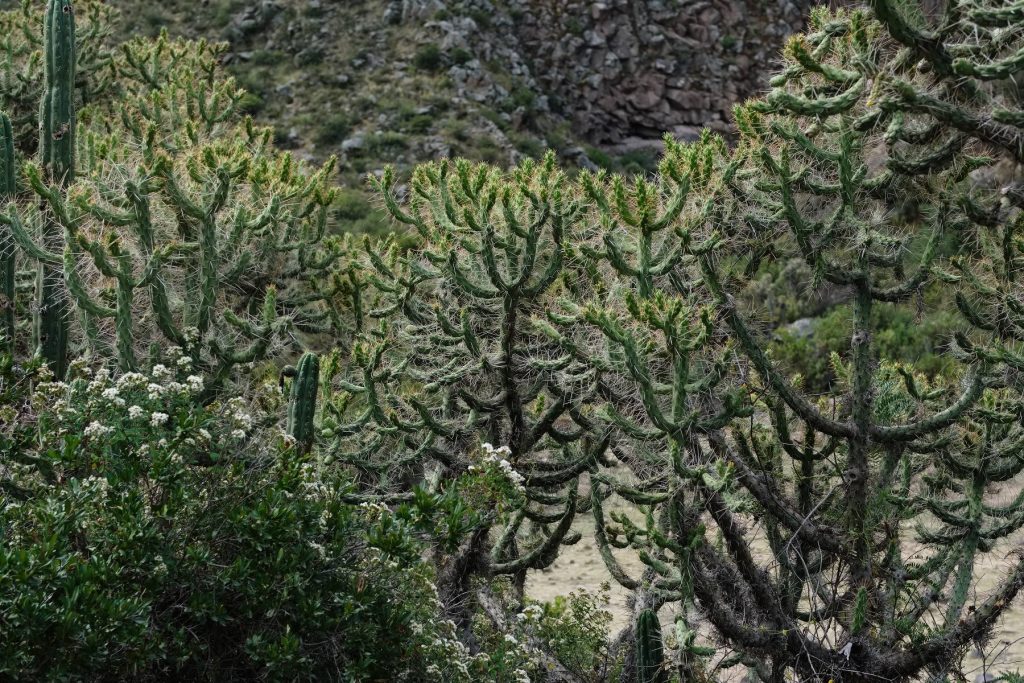 Some super cacti around.. these ones are easily 4m tall.