Thursday morning dawned filthy wet and misty, the forecast promised better however so when the rain began to ease around midday, and with the encroaching winter very much in mind, camping gear, food, and fishing clobber was hastily thrown at bikes for a cheeky early weekend at a favourite spot just 50km east of here. 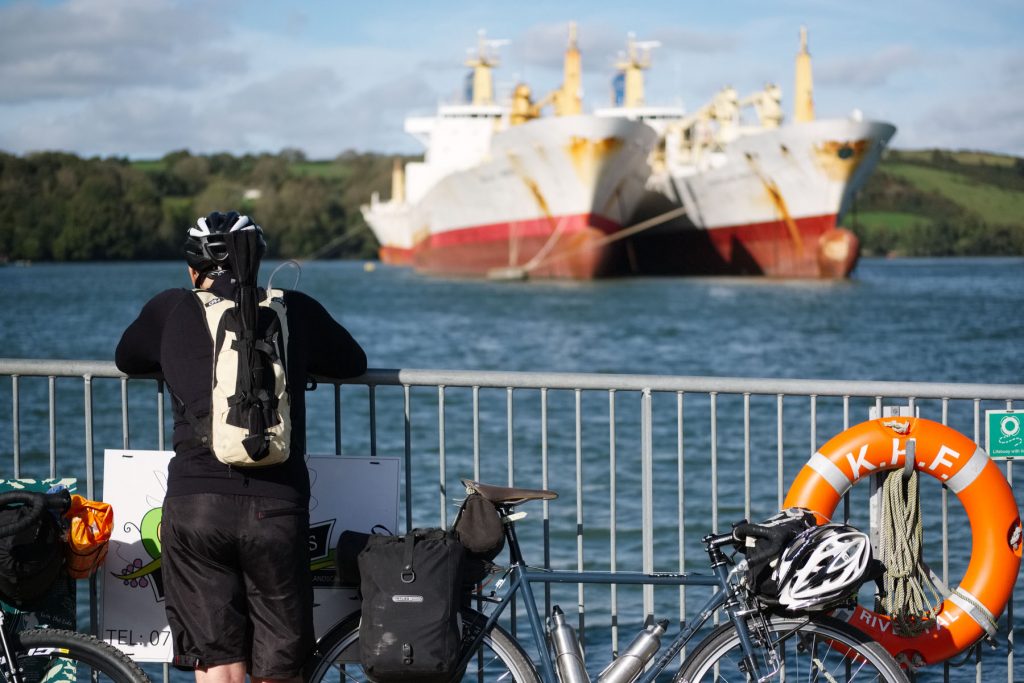 The King Harry Ferry crossing (again). Something I never tire off. A beautiful ‘gateway’ between the rugged west of Cornwall and the gentler, rural landscapes of the Roseland. It’s six quid each way if you’re in a car but because bikes are better just pop a quid in the local charity collection tin and you’re good to go. 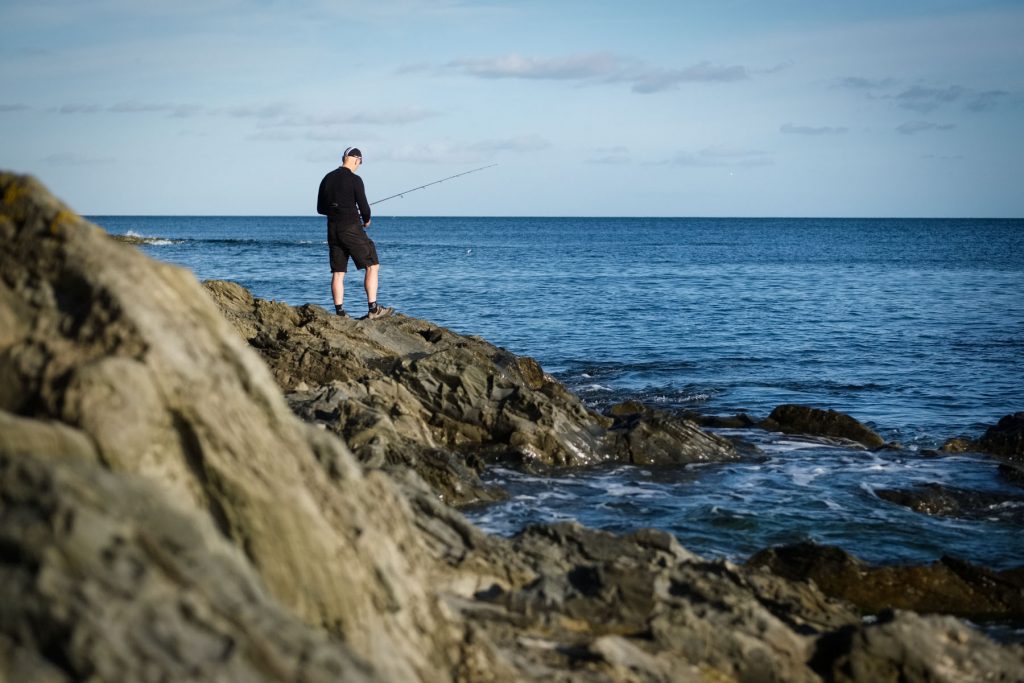 In search of dinner… 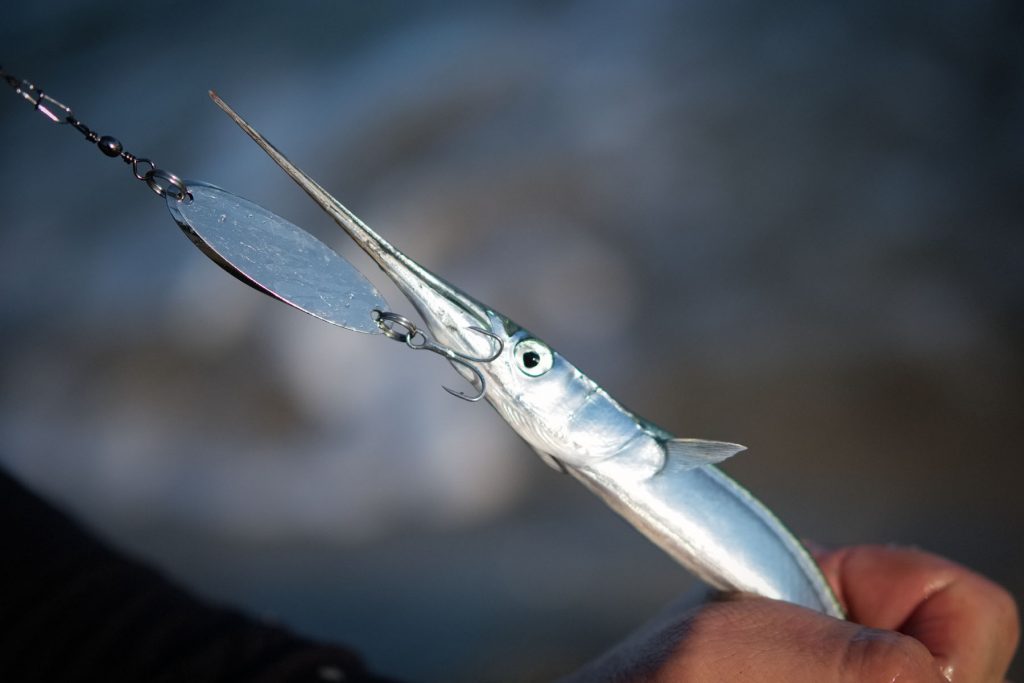 .. but just a few garfish. Luckily I’d brought beans as well. Beautiful to look at, OK to eat, once you get past the green bones, but mostly tiddlers like this not worth it, they all went back unharmed. This used to be a great beach for bass… but not any more, not since commercial fishing fleets decimated the population by netting spawning females in vast quantities… Bass take 7 years to reach maturity and are hence unable to tolerate heavy exploitation….  and as such should be treated as precious, so I think it’s really shit when I see cheap frozen bass for sale in supermarkets. 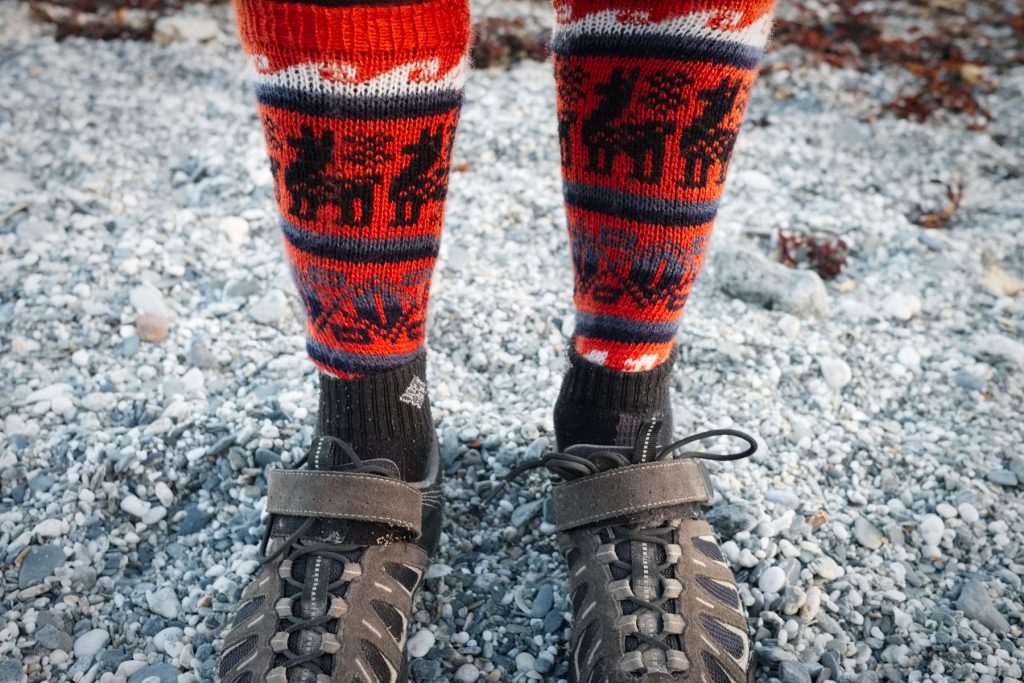 Andean style meets Cornish evening chill. There was a cold northerly blowing Thursday afternoon, thick socks from the highlands of Peru perfect for keeping legs toasty… if not for style points…. 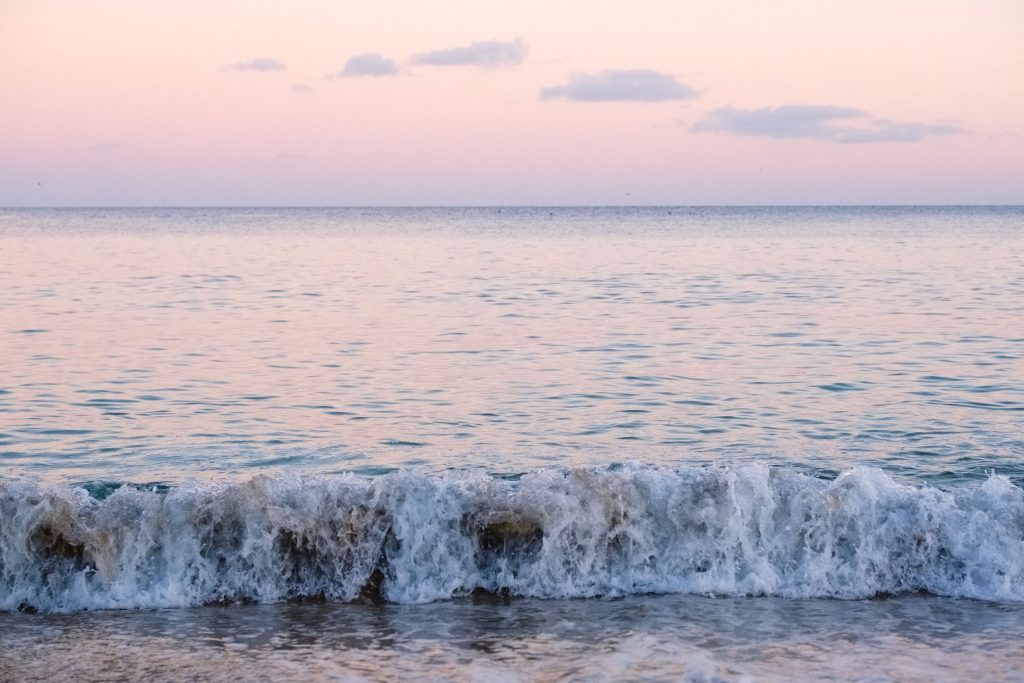 I love the post-sunset pink time when the wind drops and the sea turns to glass. There was a young seal fishing just off the beach but he buggered off as soon as I went to get my camera. Sensible chap. 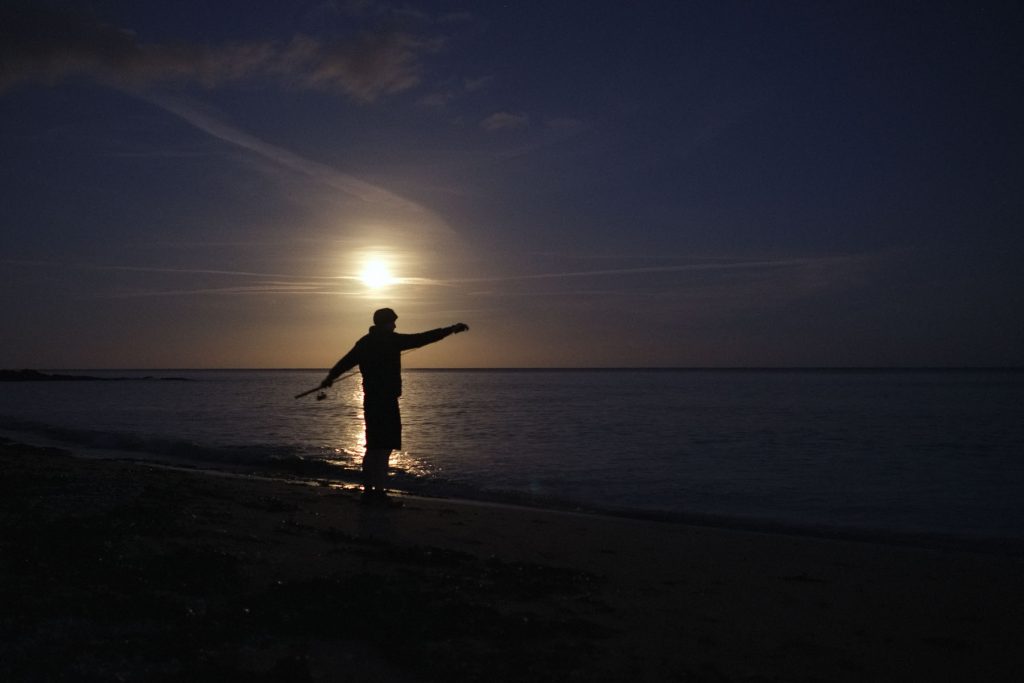 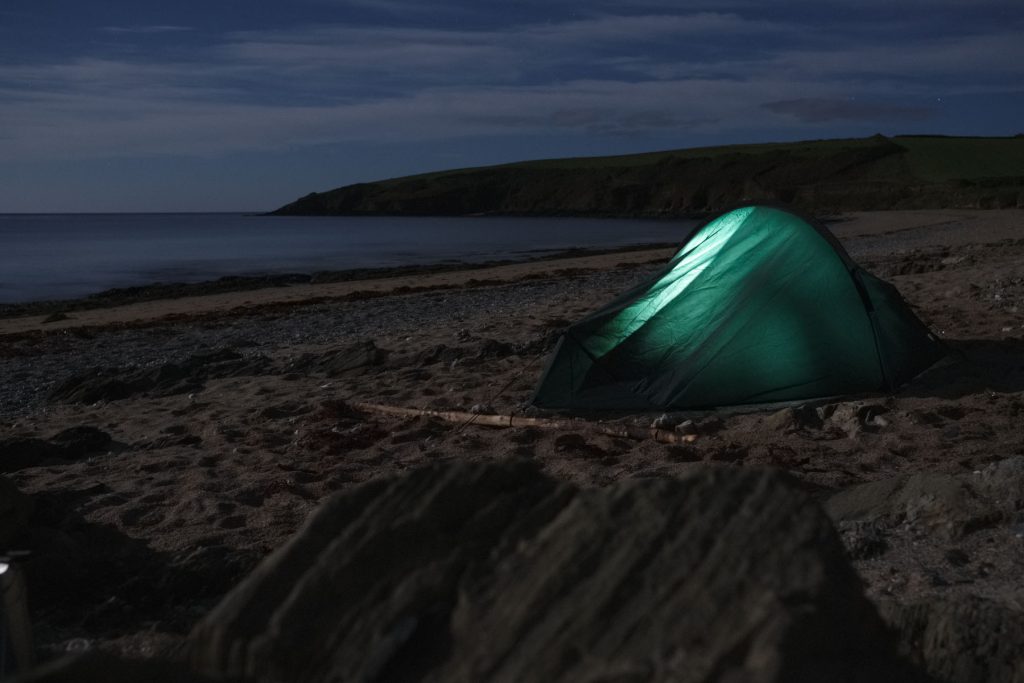 Mark’s tent. The green looks better at night then my black wedge. I brought the sand/snow stakes I use when camping out of my kayak but didn’t quite have enough to do both tents, and this beach suffers a dearth of large rocks, hence the slack pitch but a perfectly still, dry night meant it didn’t matter. Drifted off to sleep against a soundtrack of sand-hoppers pinging off the fly… 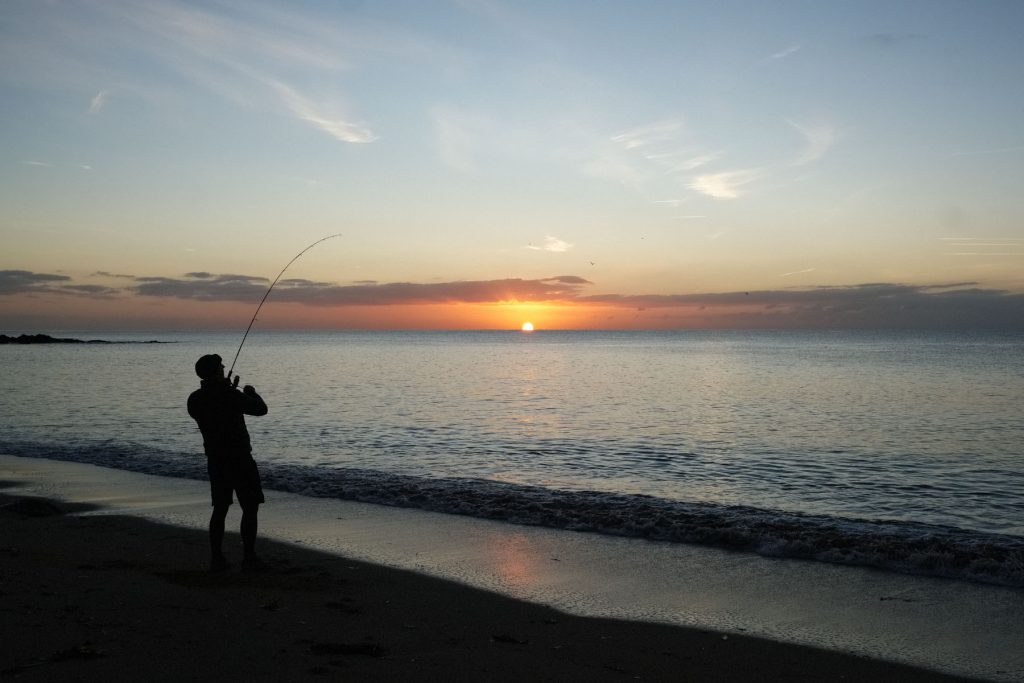 Fish on at sunrise. Dawn was fabulous, still and cold with slowly creeping warmth from the rising sun while the coffee brewed. The crystal clear sea was very inviting, it’s cooling off rapidly now and is about 13 degs C but still worth stripping off and jumping in. First time I’ve done that in October in a long time. There are no pictures… 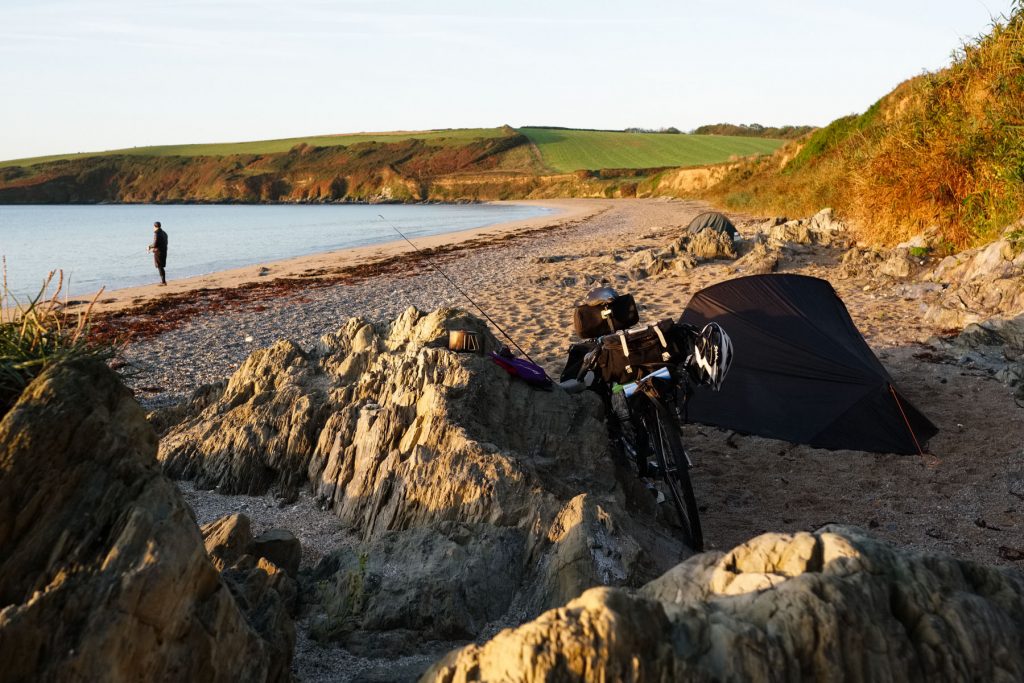 Spring tides but still room at the top of the beach to wedge a tent in a handy flat spot. Wonderful early morning bird song. 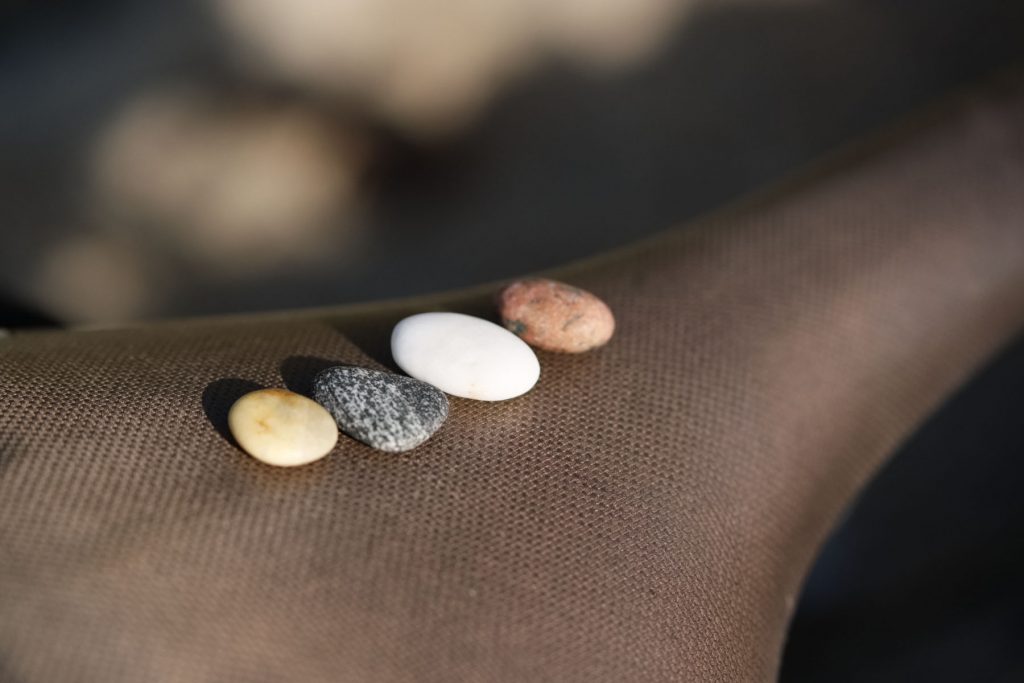 I’ve long held a sense of wonder at how perfectly time and the ocean will round & polish a pebble. How many more centuries before these are reduced to mere grains of sand…? 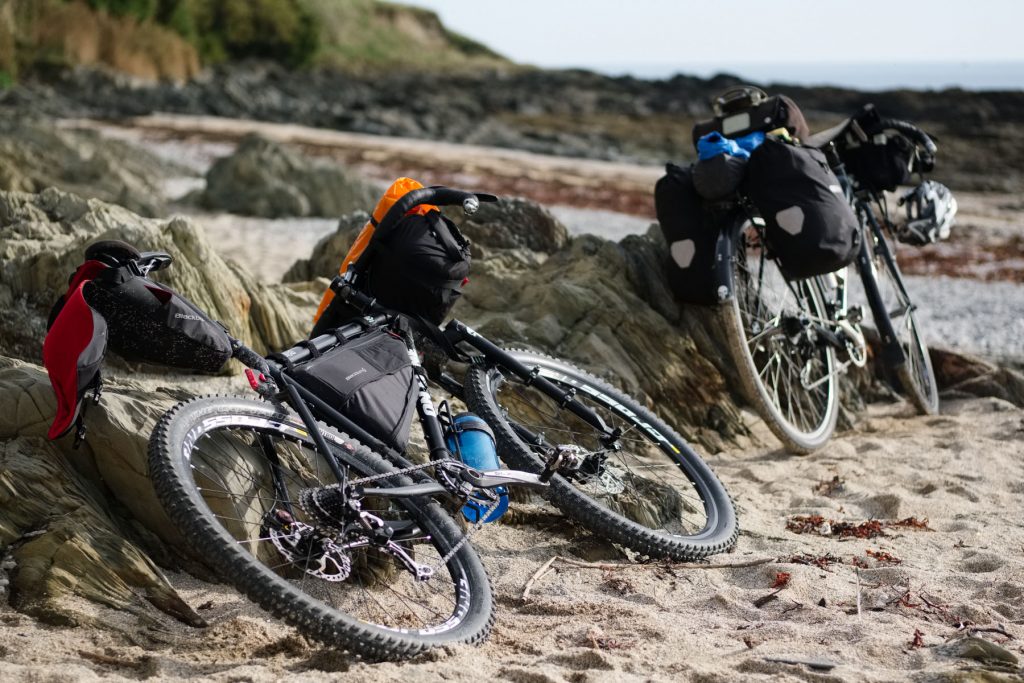 Bikes. It was easy for me just to sling a couple of small panniers on my Cross Check, I can ride that thing anywhere around here.. dirt roads, trails, road…. 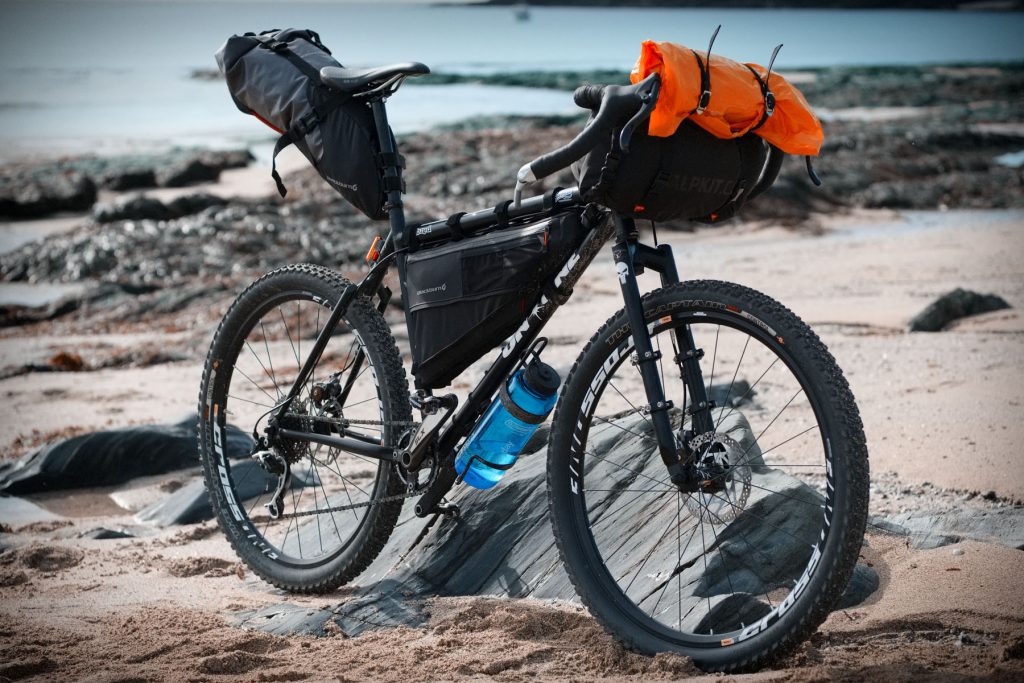 ..while Mark has just built up this rather fine, and somewhat Mad-Maxian, bikepacking rig around an On-One Inbred frame. This outing served as a great shakedown cruise.