A medium-sized provincial town deep in the heart of Argentina, about 700km west of Buenos Aires, may seem like an odd place to end a bicycle journey. Ten years ago however, on my very first day in Argentina, having crossed the border from Chile all the way down south in Patagonia, I met a couple of friends, Juan and Elisa, who were also travelling the area, albeit not by bike. It is in large part due to them and the time we spent together that I feel such a connection to this country. Visiting them in their home town of Villa Mercedes seemed like the perfect way to end the story of my bicycle travels in this country with its wonderfully warm, welcoming people. A way to close the loop so to speak.

It has been a ride of 1000 miles away from the Andes at Cafayate to arrive here, a ride that has been well worth the effort. I’ve found that if you make one friend in any place in Argentina you will automatically have many more; I’ve been made incredibly welcome here by all, both family and friends of my friends, and random strangers on the street too; even the local police have been involved, making sure that I know the correct way to prepare an asado, a cornerstone of Argentine cuisine and social life. It has also been a time for reflection now that this journey is over; despite all the years of bicycle travel I still find it marvellous that slinging a leg over a bicycle and turning the pedals can carry one across continents and through a broad range of lands and cultures; from the soaring peaks, and Quechua and Aymara village festivals of the highlands of Peru to the baking hot plains of San Luis and the heartland of tango. Speaking of which, Villa Mercedes delivered my most perfect tango experience to date over the weekend; the passion, the intensity, the incredible voice of the fiery redheaded singer, the characterful face of the old guy playing his accordion… Very much a night to remember, and probably worth a thousand mile ride all by itself, despite the very public welcome that evening… I know who to blame for that ;-) There is too much to tell, and I wish I had had my camera with me but when alcohol and tiredness are combined I have form for leaving my camera hanging over the back of a chair and forgetting about it until the following day, so figured perhaps best not… Very much a worthy addition to an already rich store of special memories from the last few months.

It’s been an exhausting weekend since I arrived on Thursday. Evenings out don’t really start until midnight here in Argentina, and typically go on until almost dawn. Being used to sleeping in my tent  from not long after dark until first light it has been something of a shock to the system. So much for a few days recovery from the ride from Córdoba before I must pack my bike and make my way to Buenos Aires for my flight on 1st December.

It was a good ride south from Córdoba; 360km of mellow tracks and trails along the eastern flanks of the sierras; virtually traffic free albeit very hot and humid with frequent thunderstorms. The intensity of the storms has been quite something to behold, it has been a few years since I saw anything close in intensity as great bolts of lightning streak across the sky at a rate of 3 or 4 per second, with incredible volumes of rain forming flash floods; normal here for this time of year. Given the storms, and the heat, I didn’t camp in the bush on the way down, instead a few perfectly spaced villages with basic, quiet, tree-shaded municipal camping areas provided friendly, dirt-cheap, and stress-free accommodation for me and my tent, with the added benefit of easy access to water and a shower to rinse away the dust and sweat at the end of the day. Plus of course the inevitable icecream with which to refuel; enjoying excellent icecream is as much a part of the culture here as is a slab of beef on the parilla.

I imagine there’ll be some more street photography at some point before I hop on the plane home, for now though this is the last of the riding snaps. A few are in black and white; with the baking sun and glaring light from the humidity in the atmosphere it just felt more appropriate at the time. 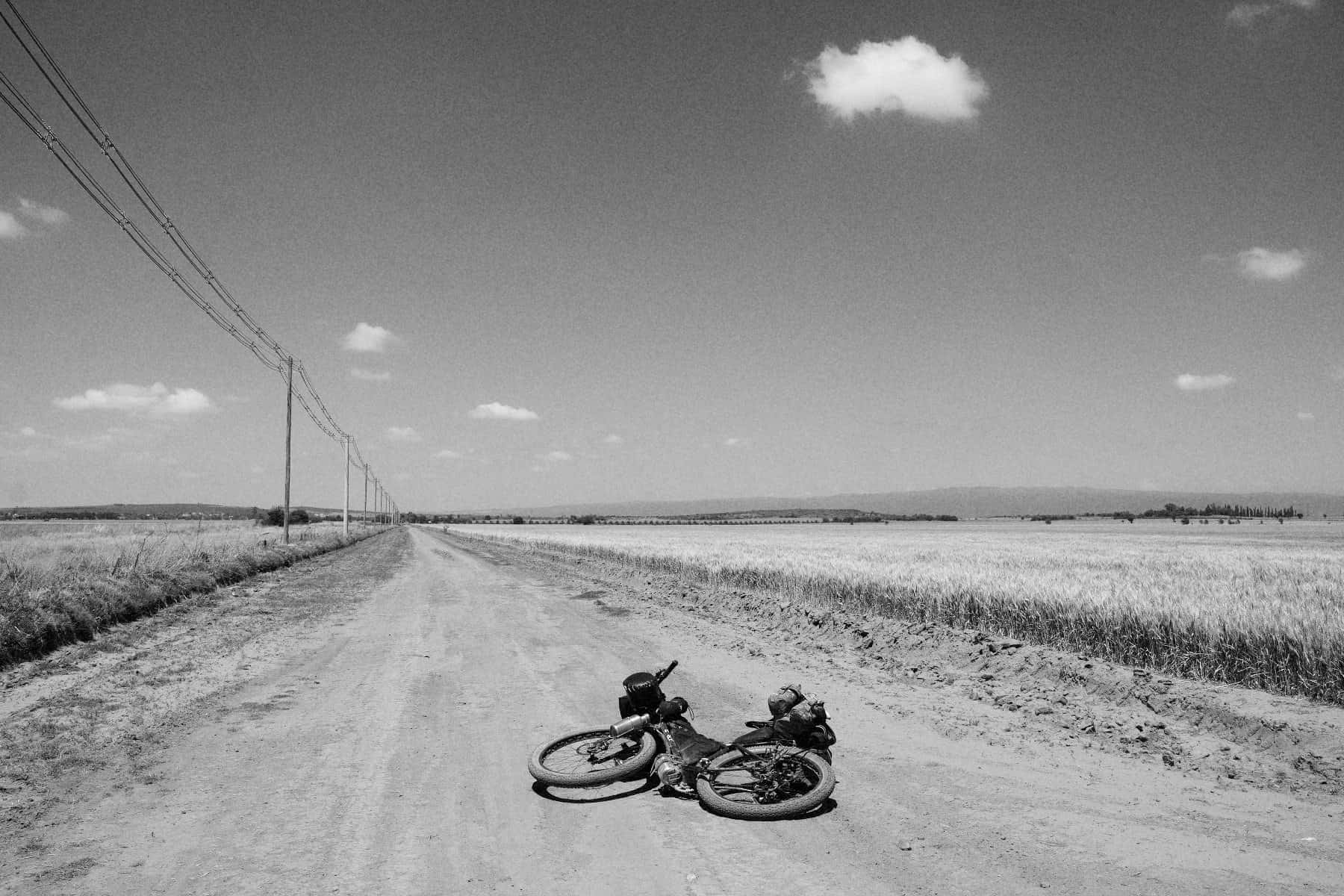 When I am in the centre a city always feels infinite; as such it is always a special moment to discover that in fact the city does have a boundary and that there is indeed quiet countryside beyond the bustling mass of people, buildings, and vehicles. It was an easy escape from Córdoba, just 10km from Plaza San Martin, at the heart of the city, I found myself on traffic-free dirt, making my way southwest towards the mountains. 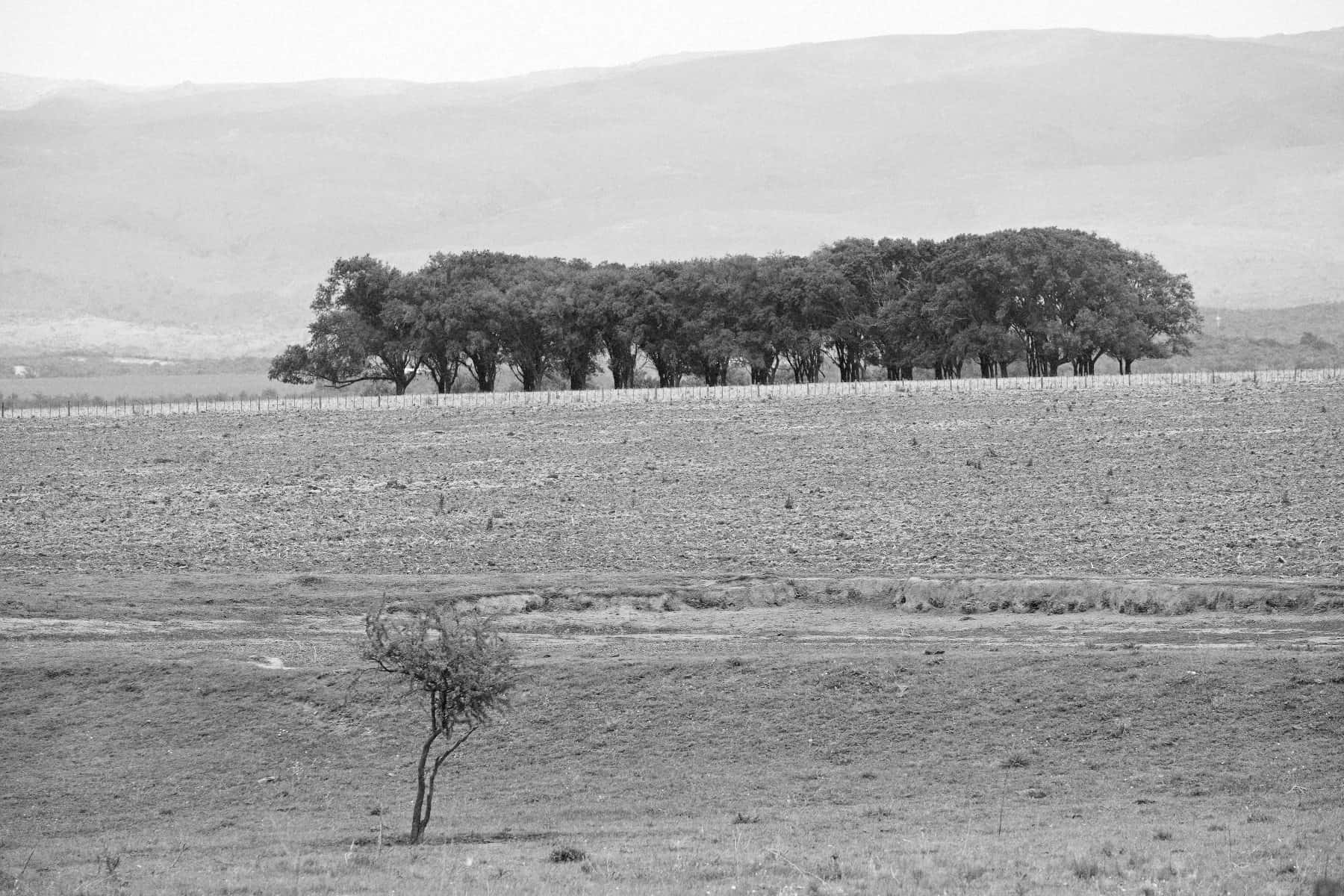 My ride took me through farmland, across vast estancias, to reach the sierras. 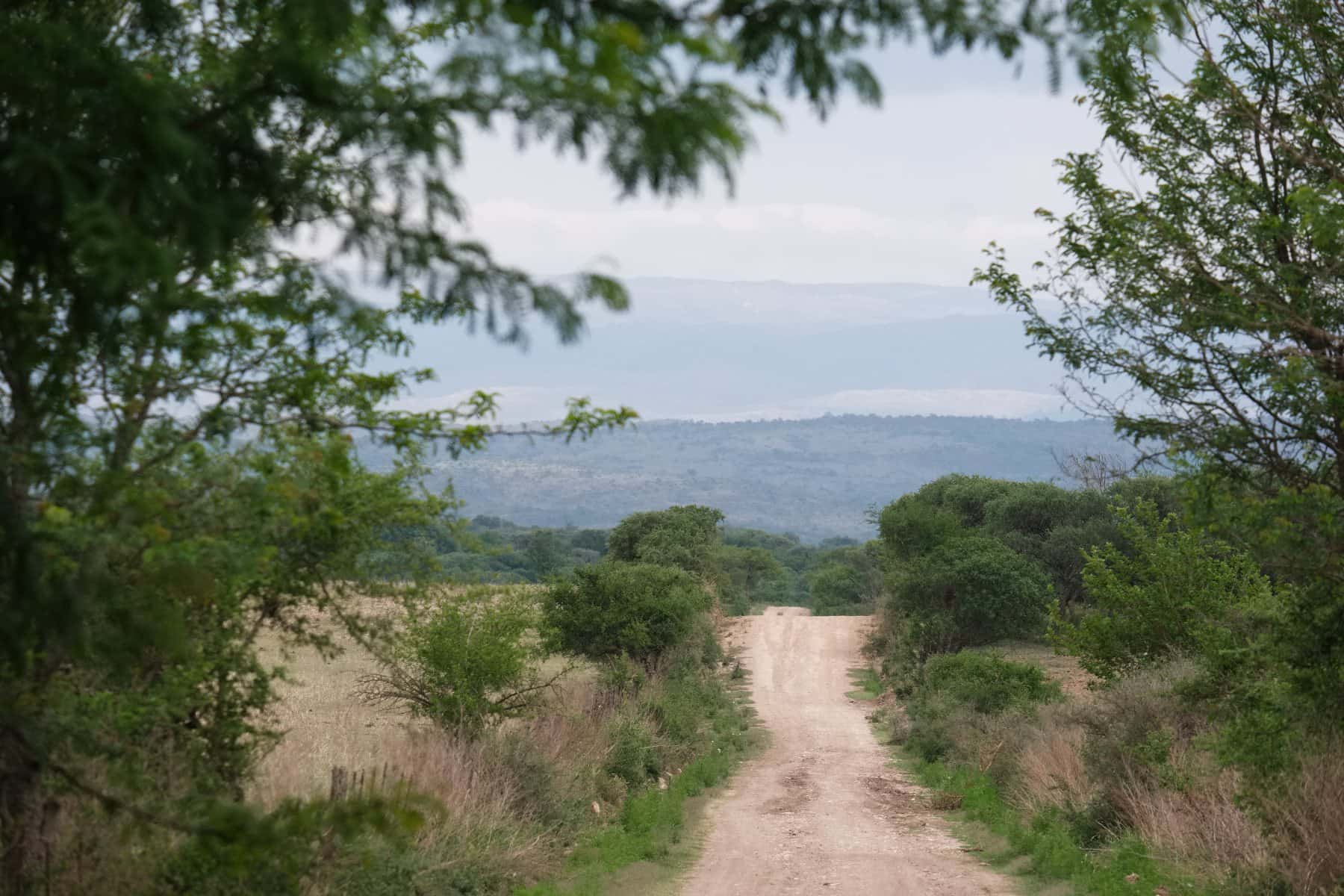 Heading into the mountains. 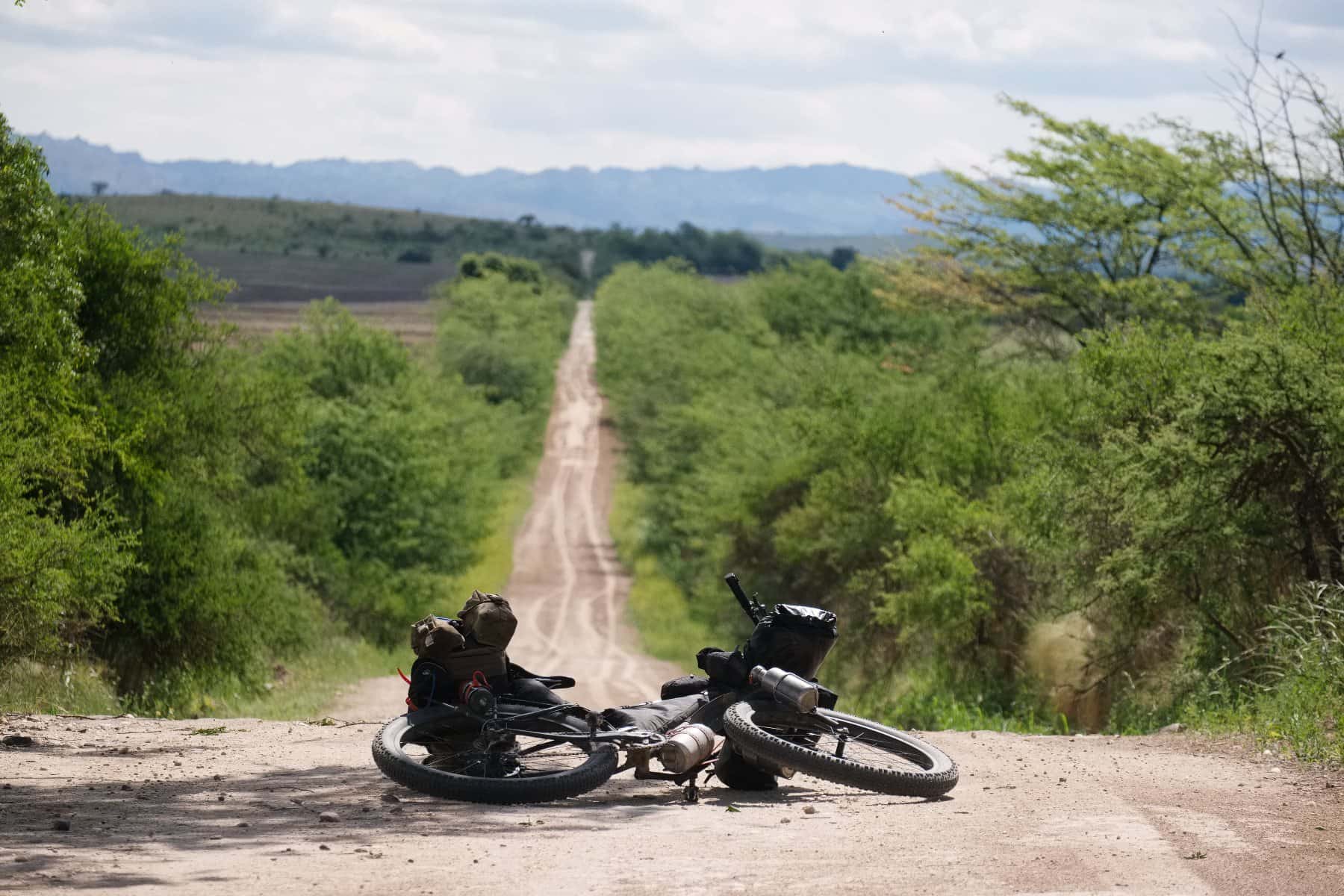 No major climbs, but it was in no way flat; rolling countryside with plenty of steep climbing, with afternoon temperatures in the mid-30s celcius it was a sweaty business. 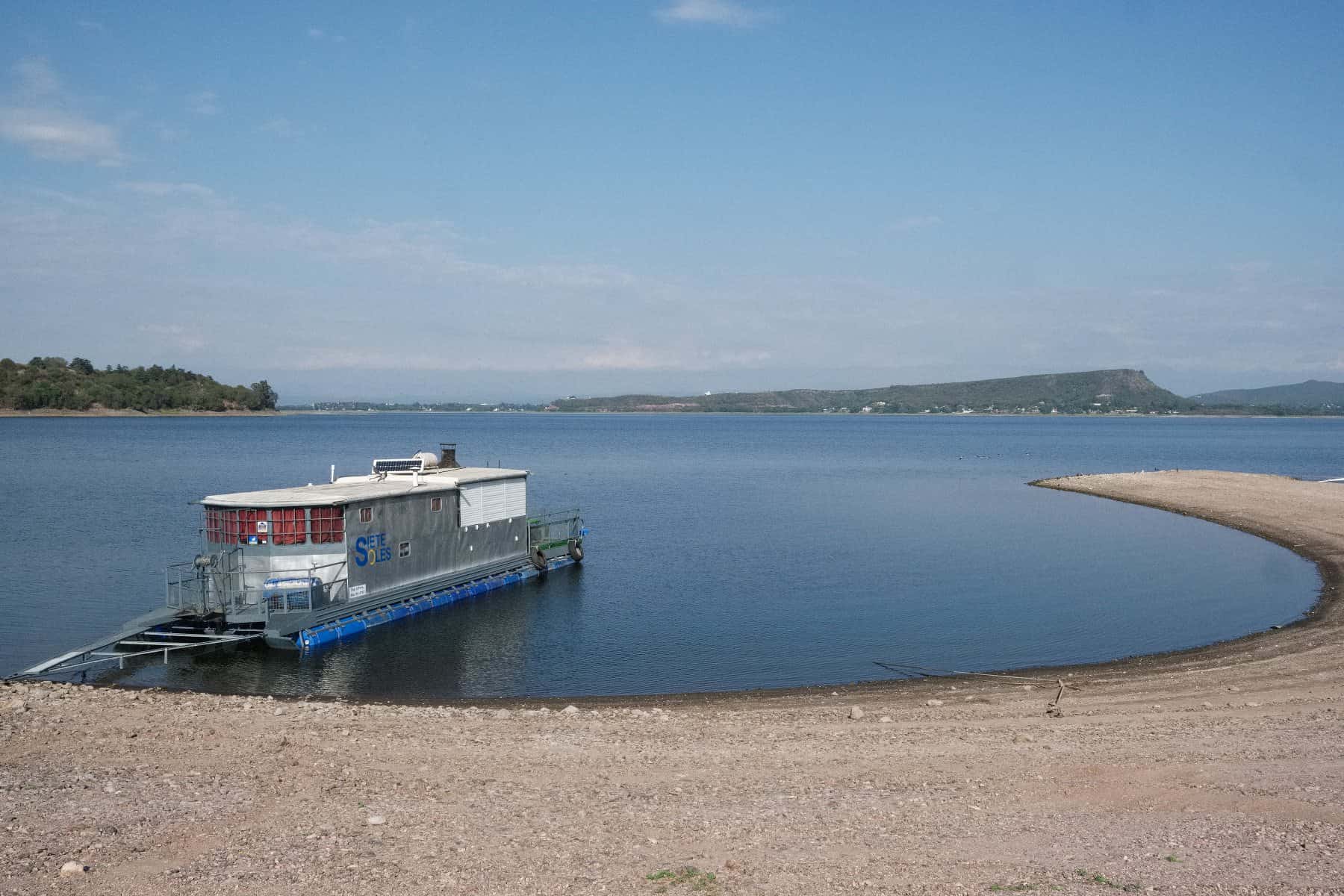 Houseboats, or rather ‘houserafts’, on the lake at Embalse. 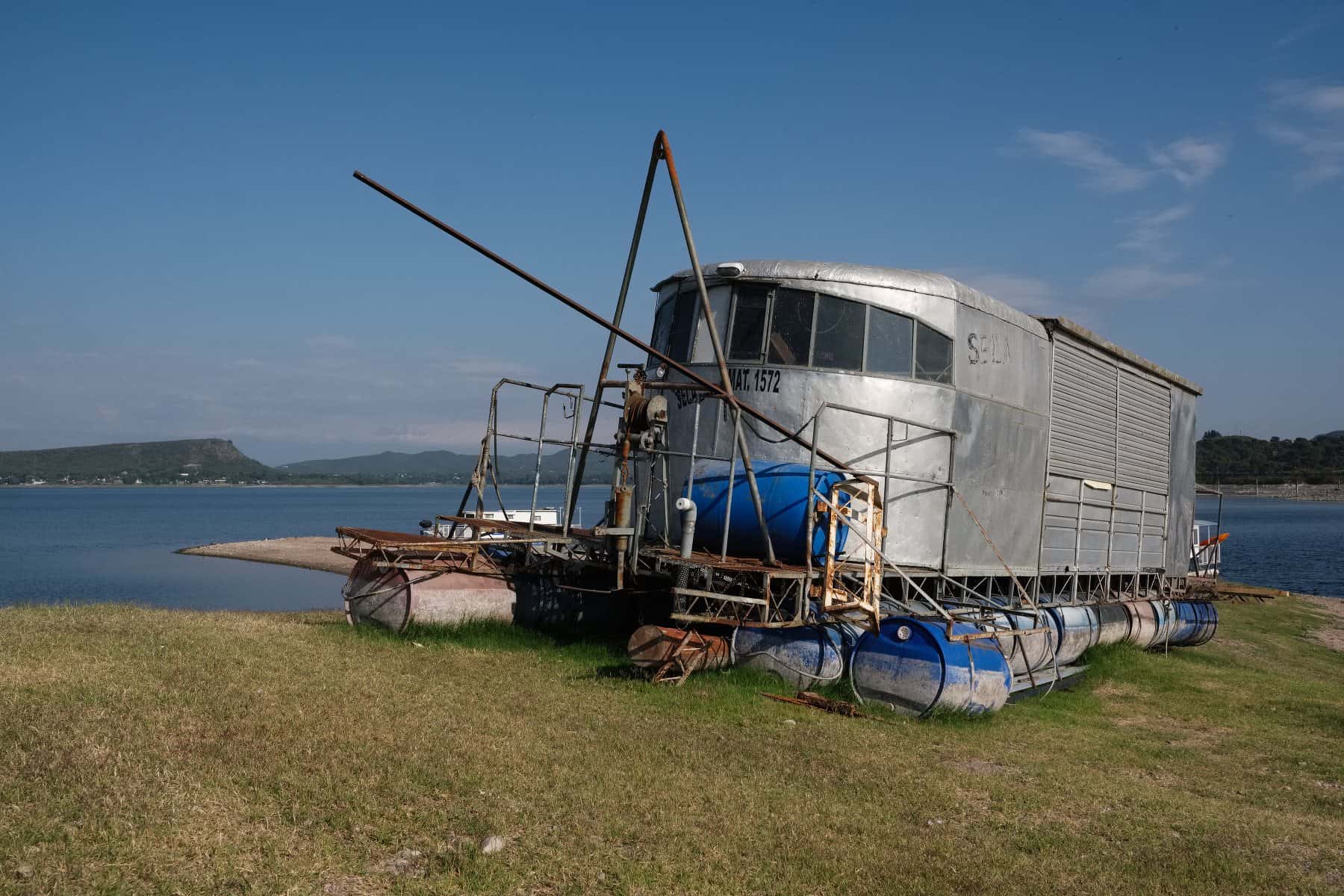 I liked this one with its ‘Airstream’ aesthetic. 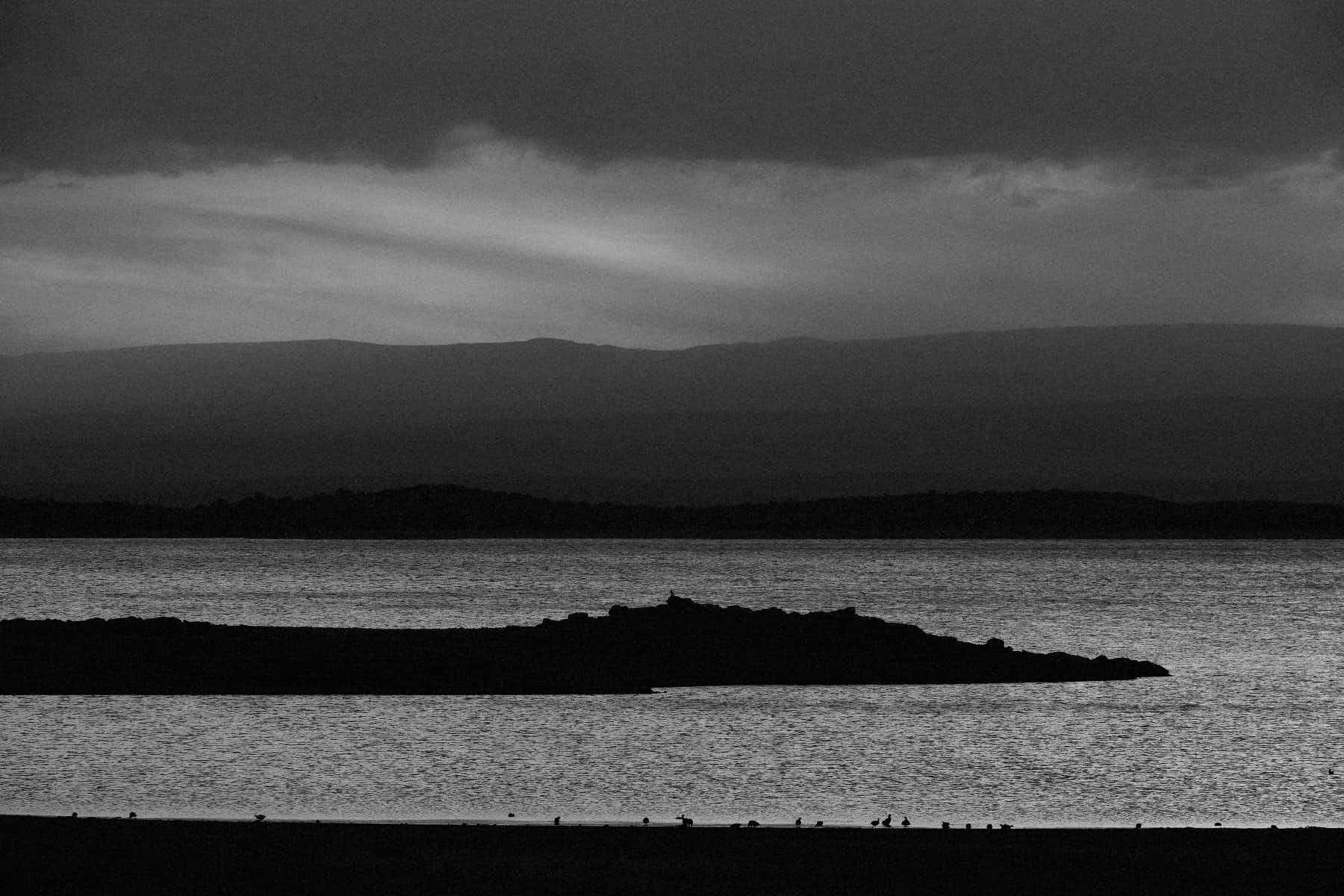 The view from my tent at Embalse. 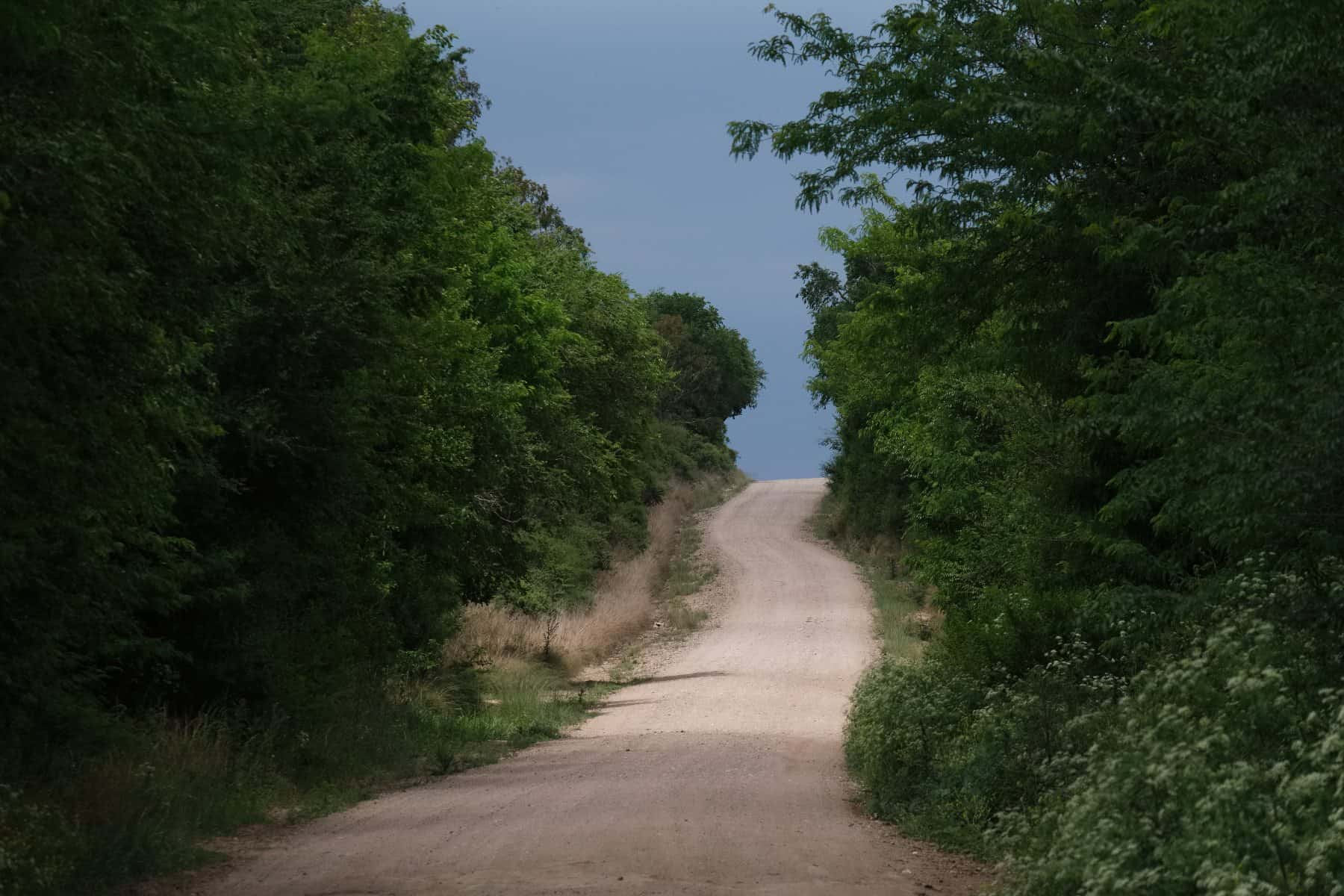 Skies darkening with an approaching storm at Rio de los Sauces. Happily I made it to a small cafe for lunch just as the first fat drops of rain begin to fall. 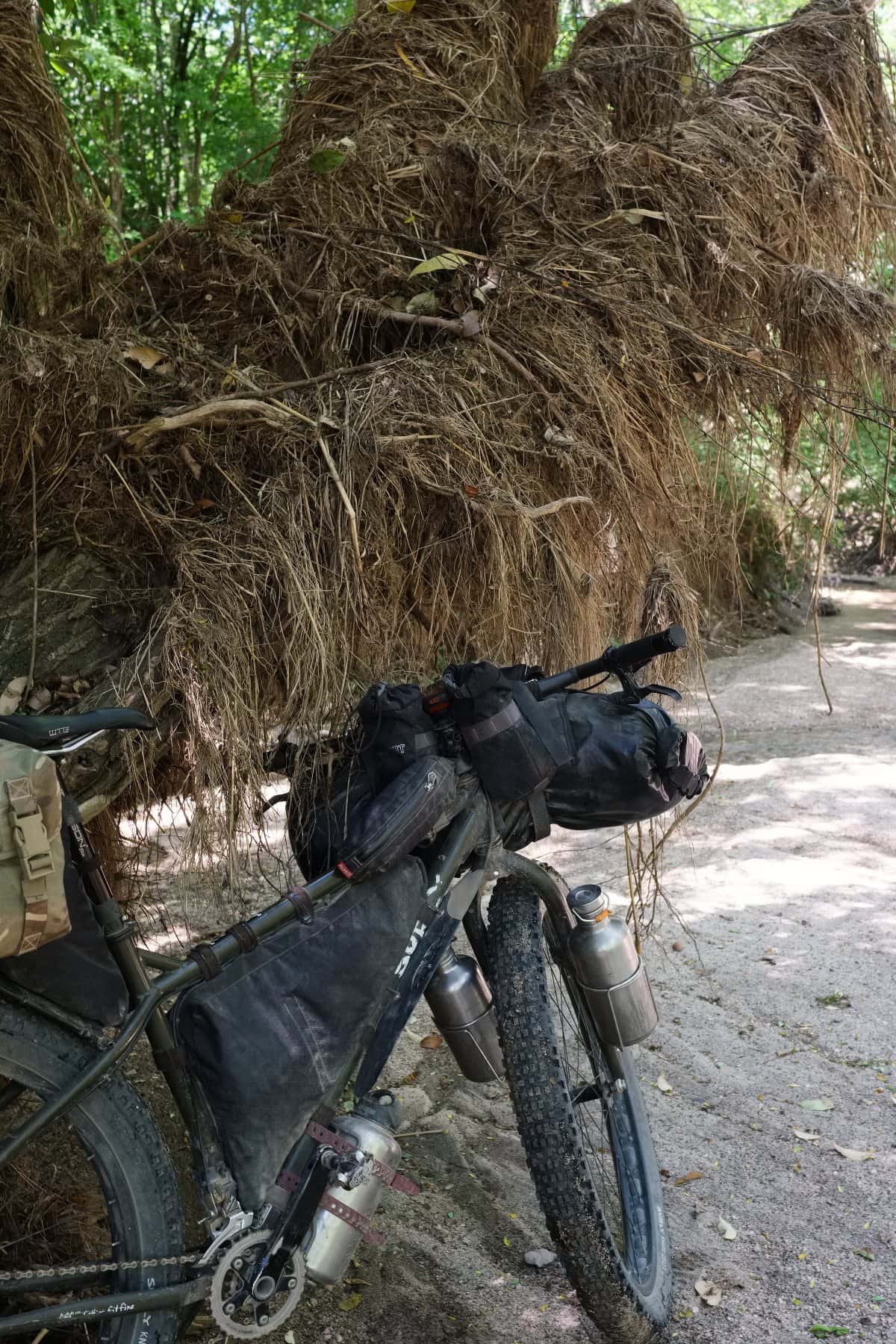 If wild-camping here then choose your spot with care. Tiny streams can swell to torrents of water two or more metres deep within minutes… the legacy of which can be seen draped over this tree. 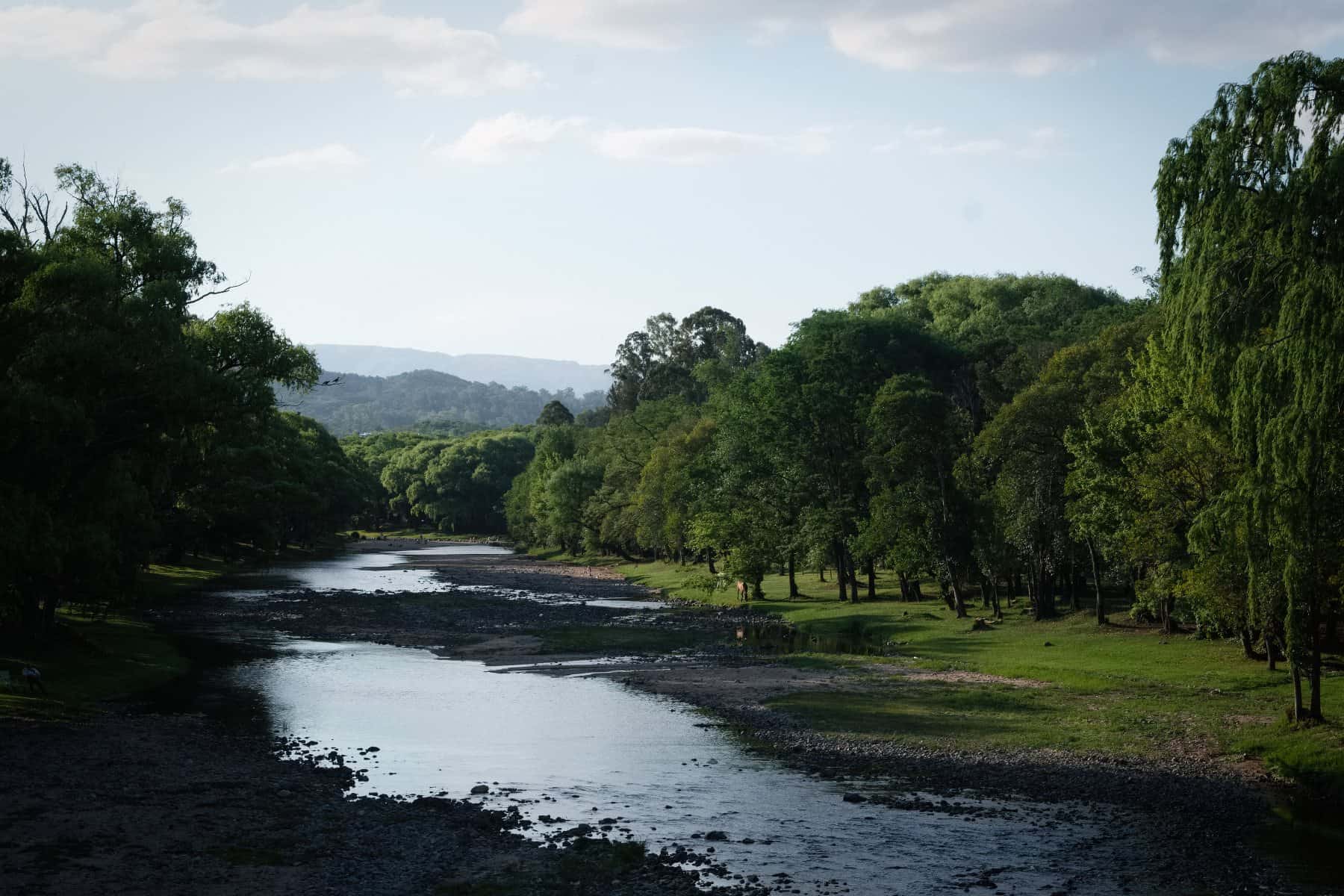 The river at Alpa Corral. 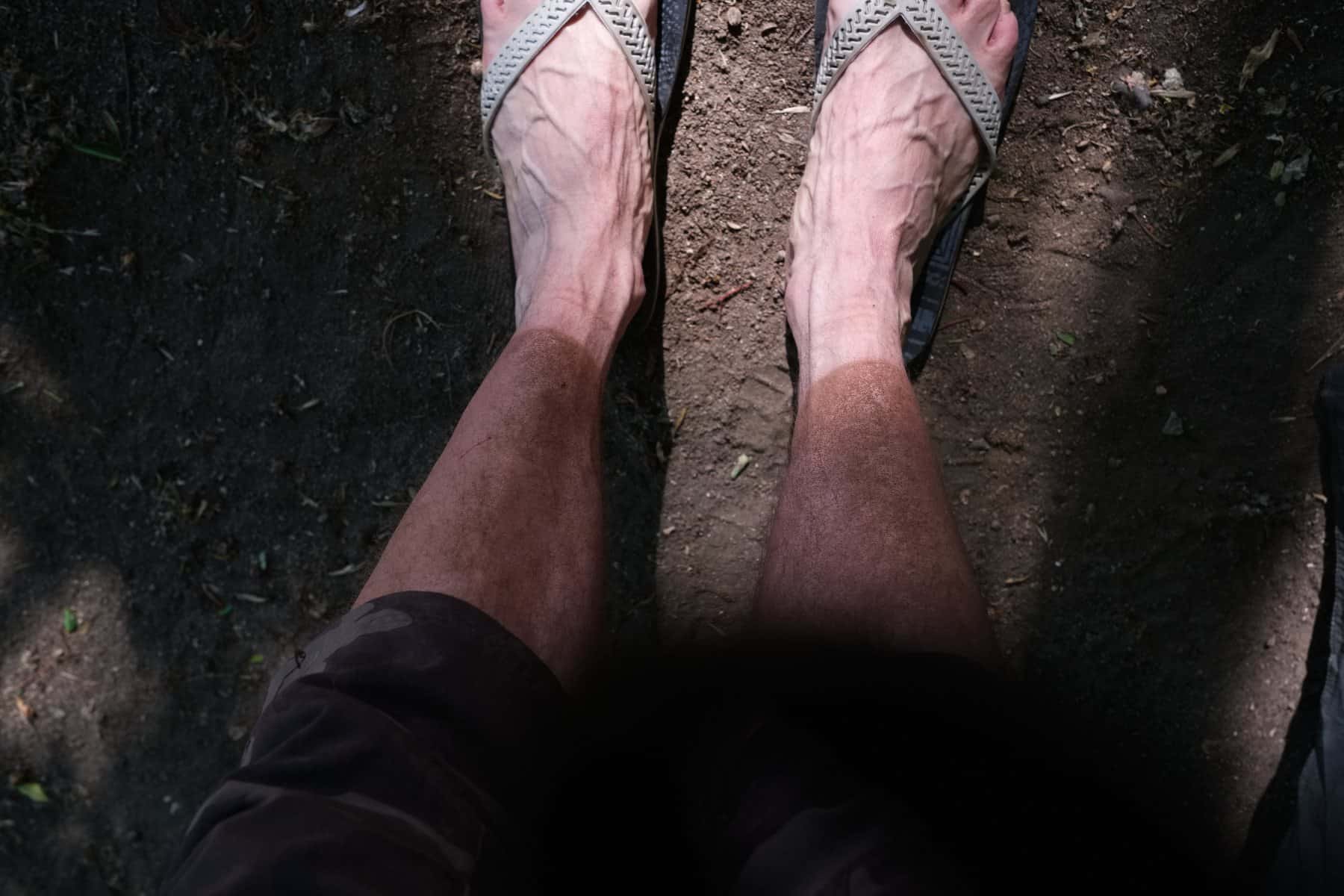 Just the job for rinsing off a days worth of dust… 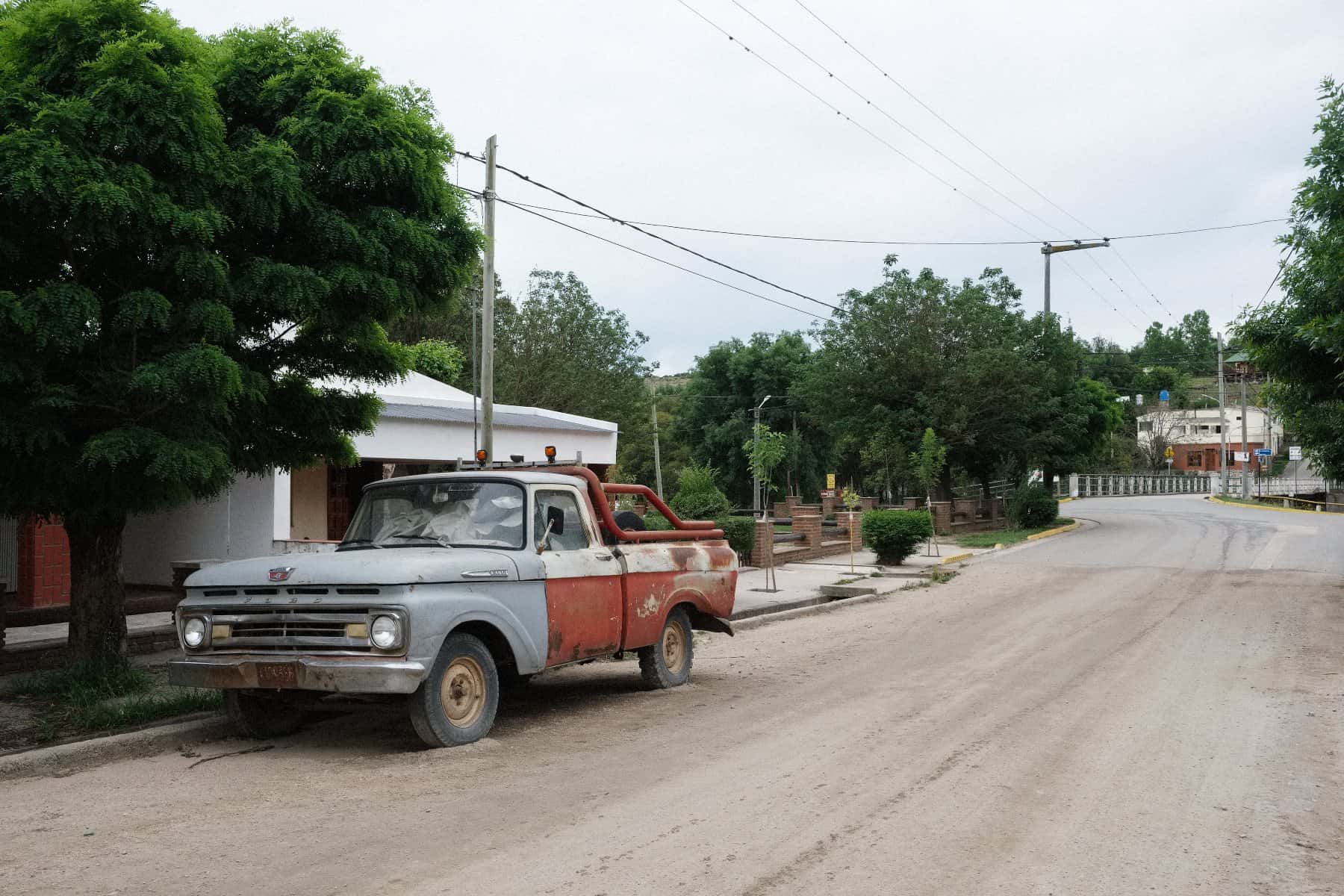 Villages all have the usual complement of battered old American pickups. I’ll miss them. 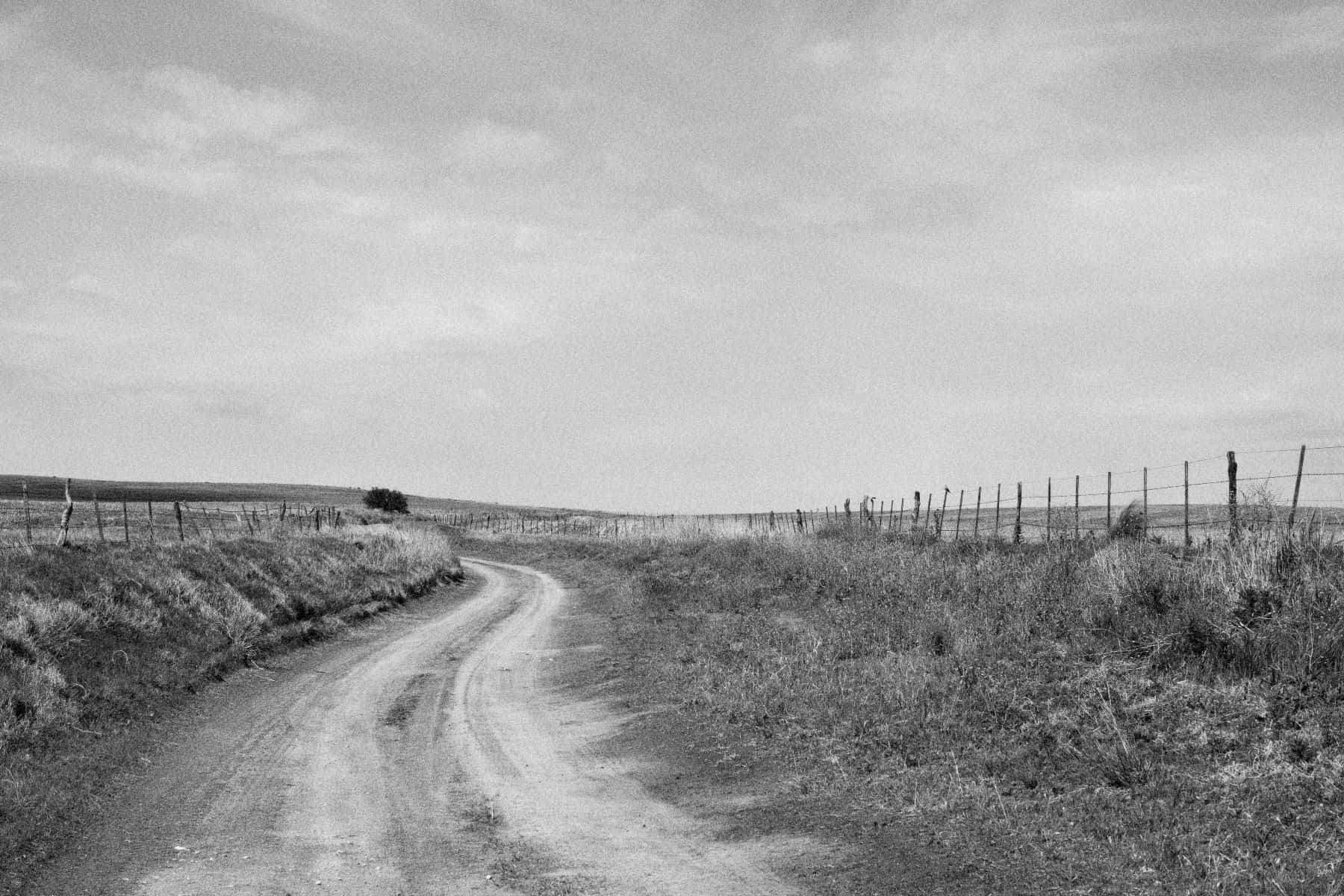 After three days in the hills I left the mountains behind… 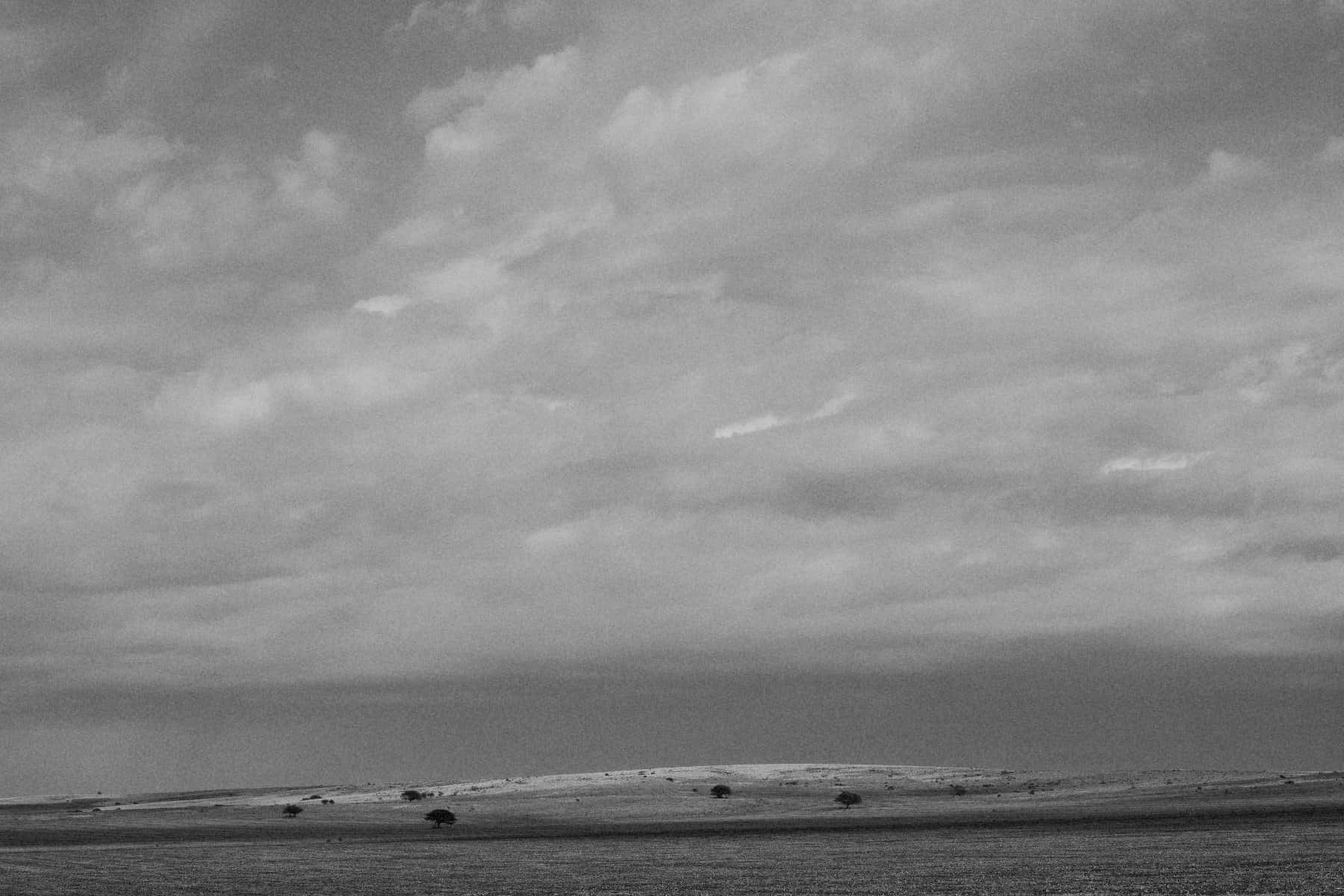 … and headed out onto the plains of San Luis province. 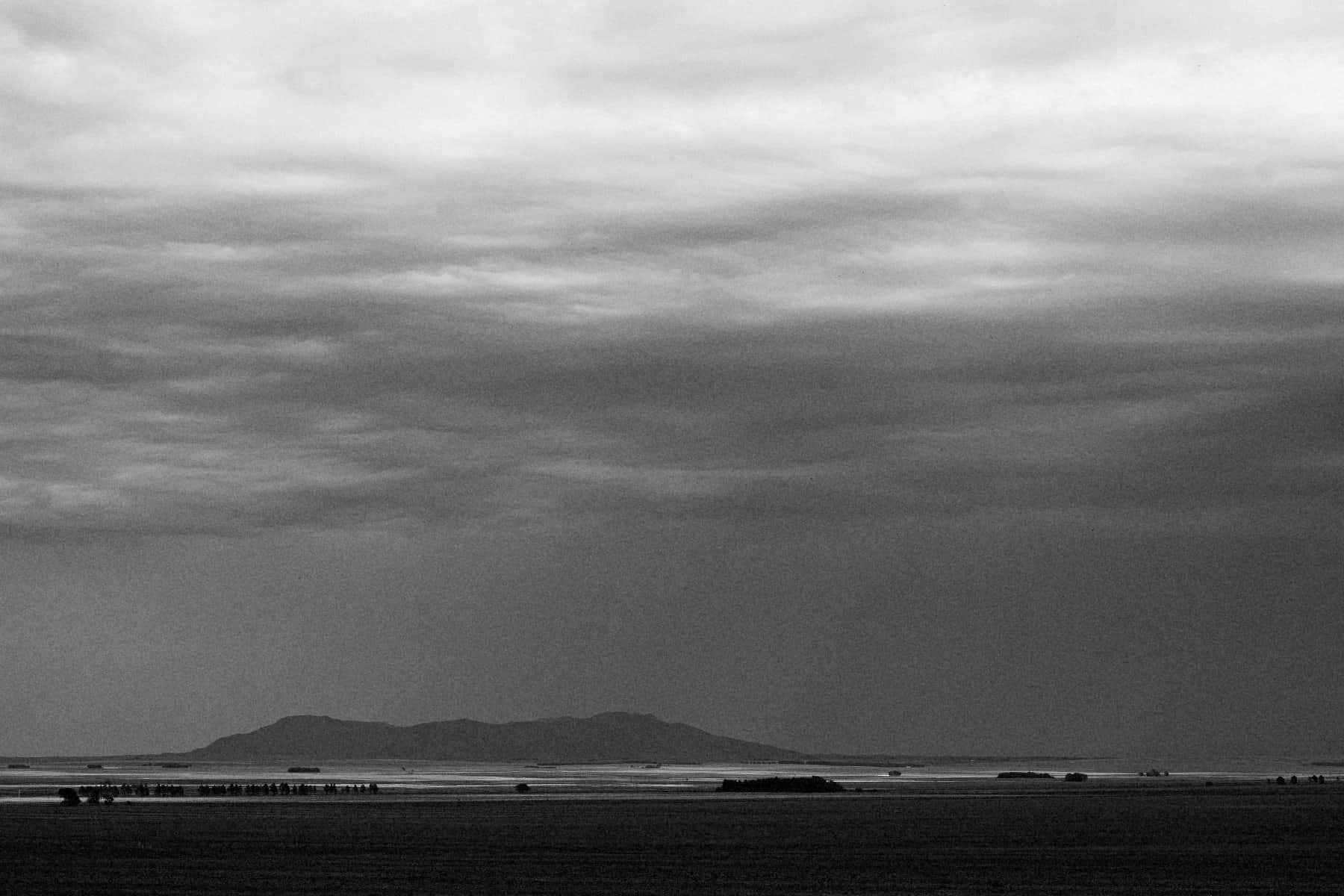 Views to the west with skies darkened by yet another approaching thunderstorm. 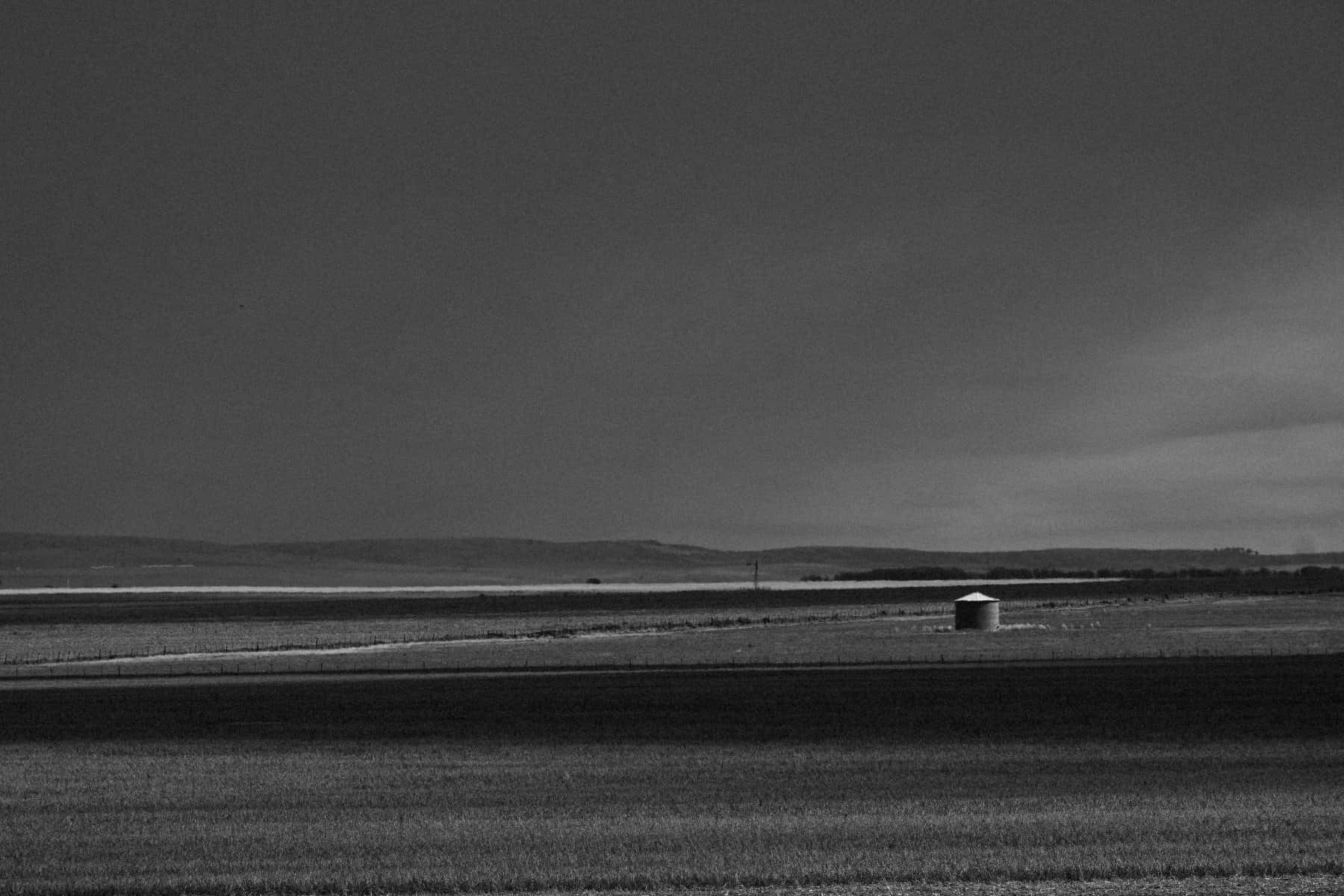 Incredible light. Something I keep telling myself that is great about Cornwall in the winter… despite the rain, gales, and short days.. the stormy winter light can be wonderful. 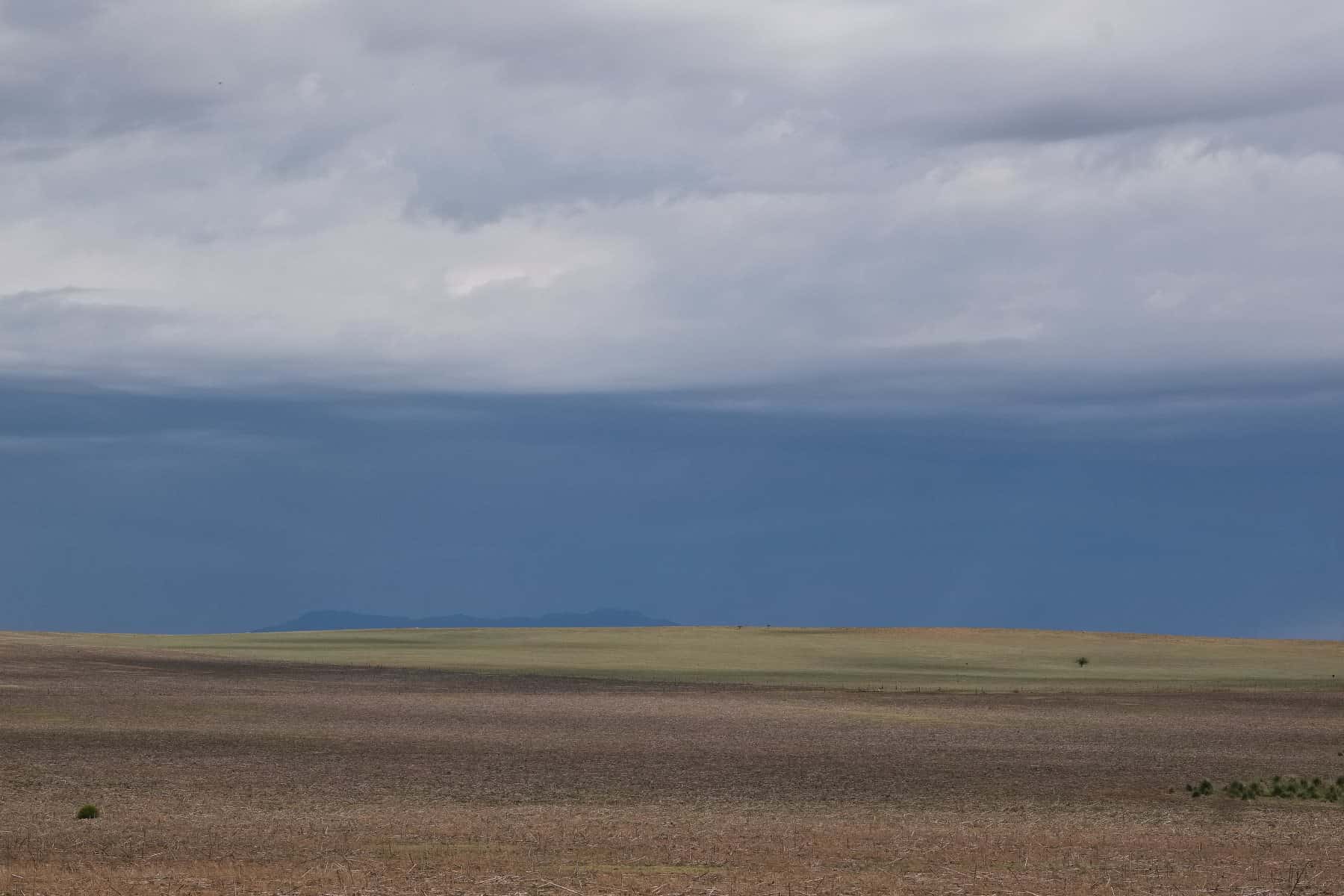 Somewhat reminscent of Mongolia in spots. I didn’t photograph them as they were a little far away and the light was horrid, but I was delighted to come across flamingos here, hanging out in a small lake I passed. 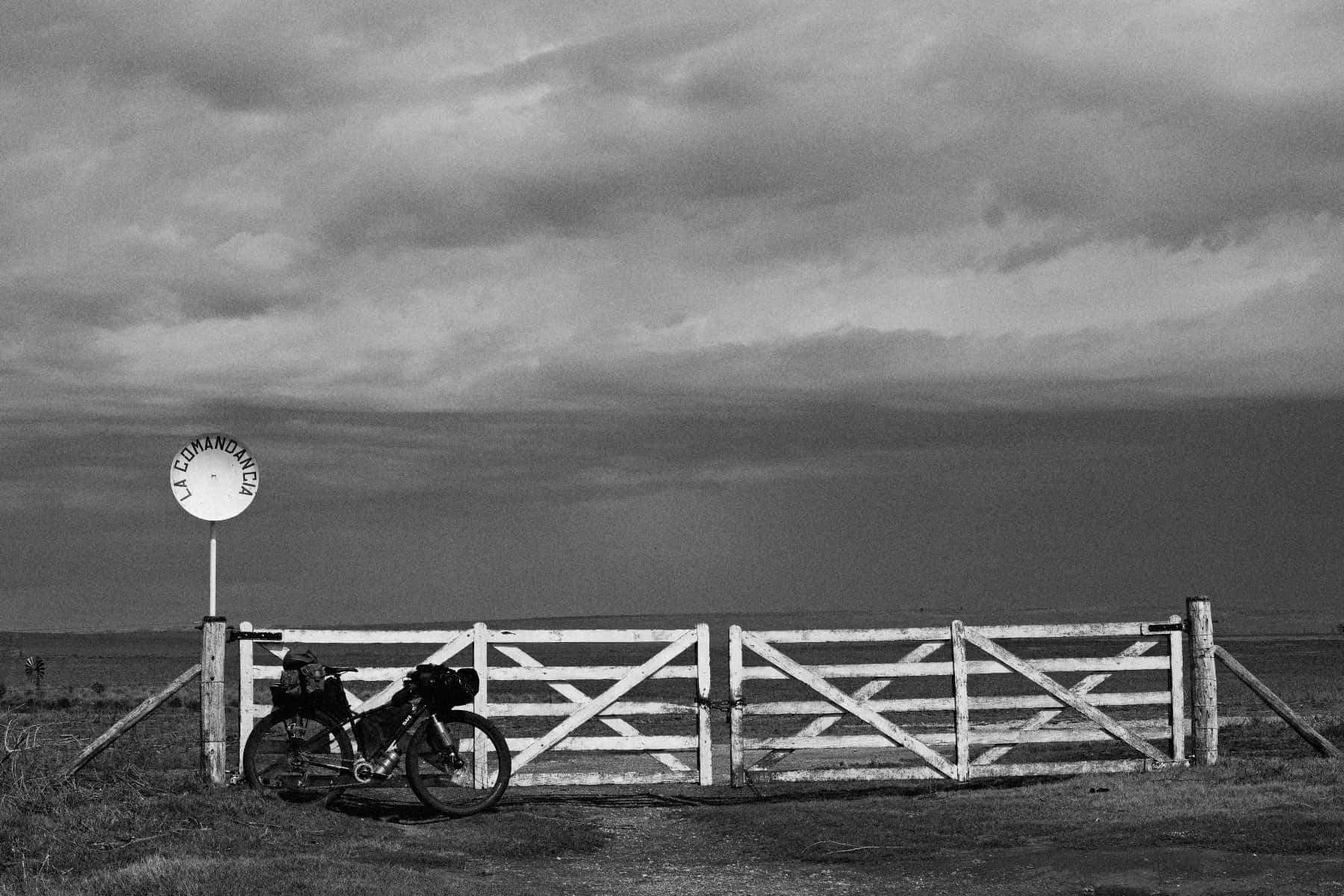 The land here has been carved up into enormous estancias; Argentina must have millions of miles of fences. Also the last of the “bicycle leaning against a thing” pictures for this journey. 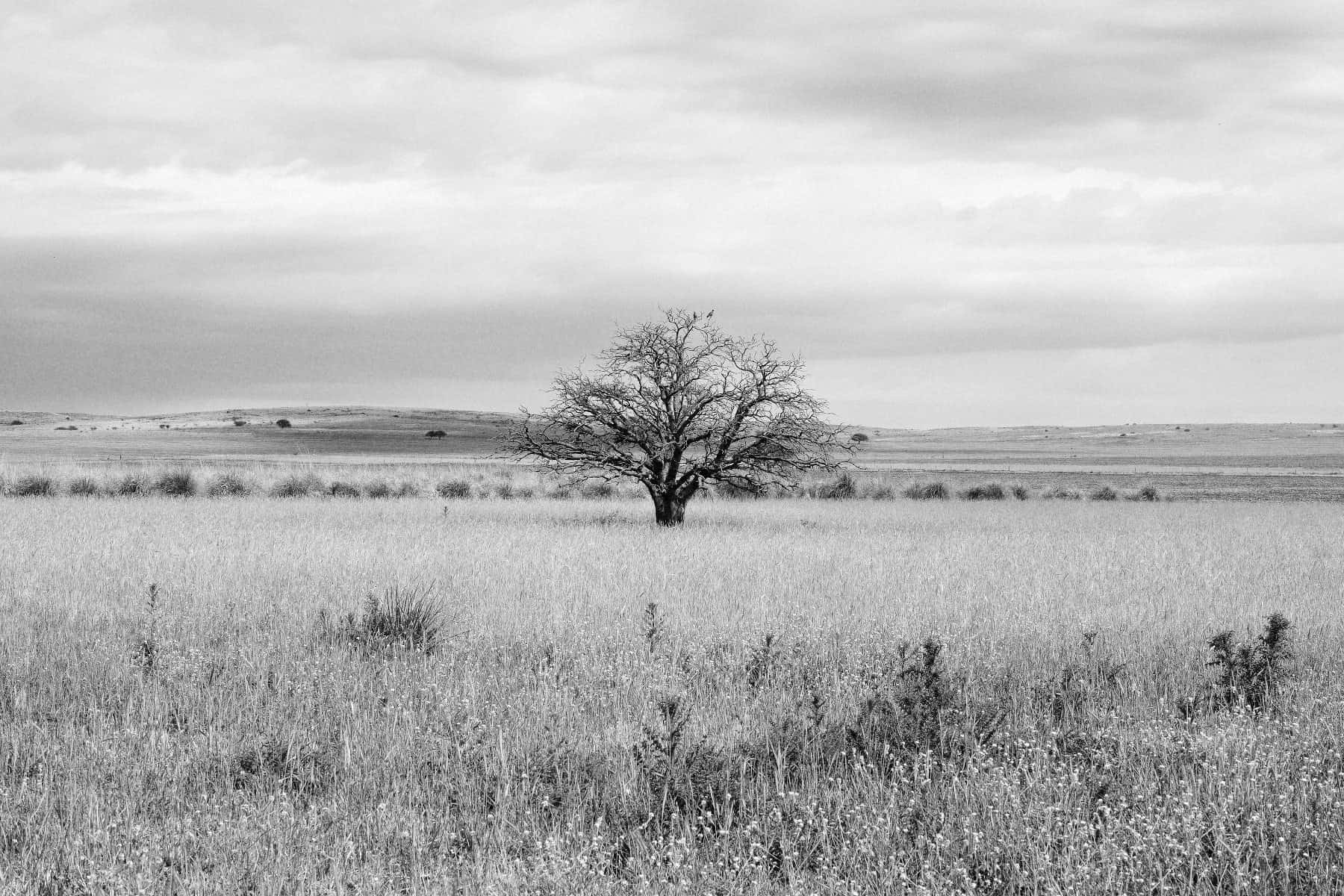 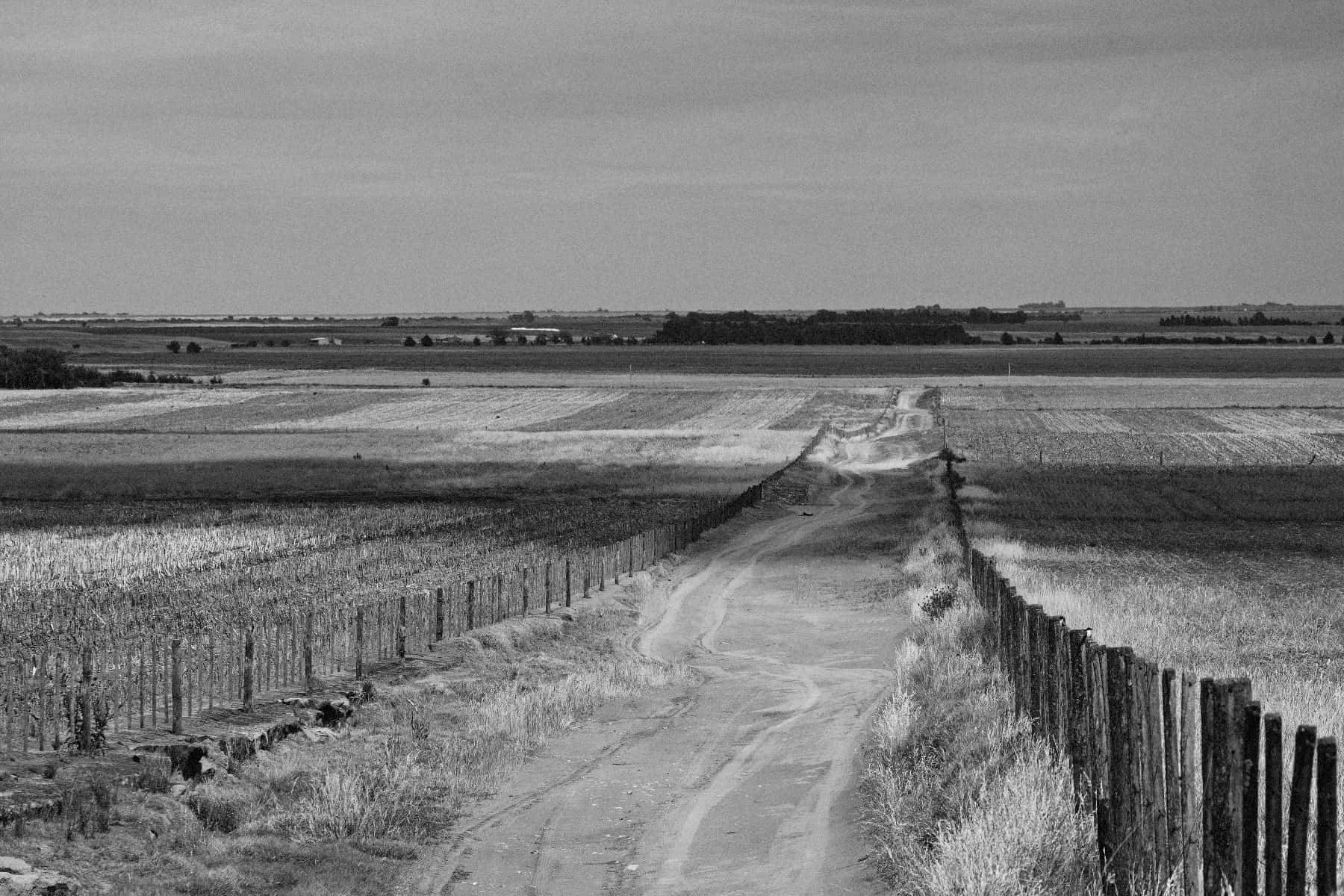 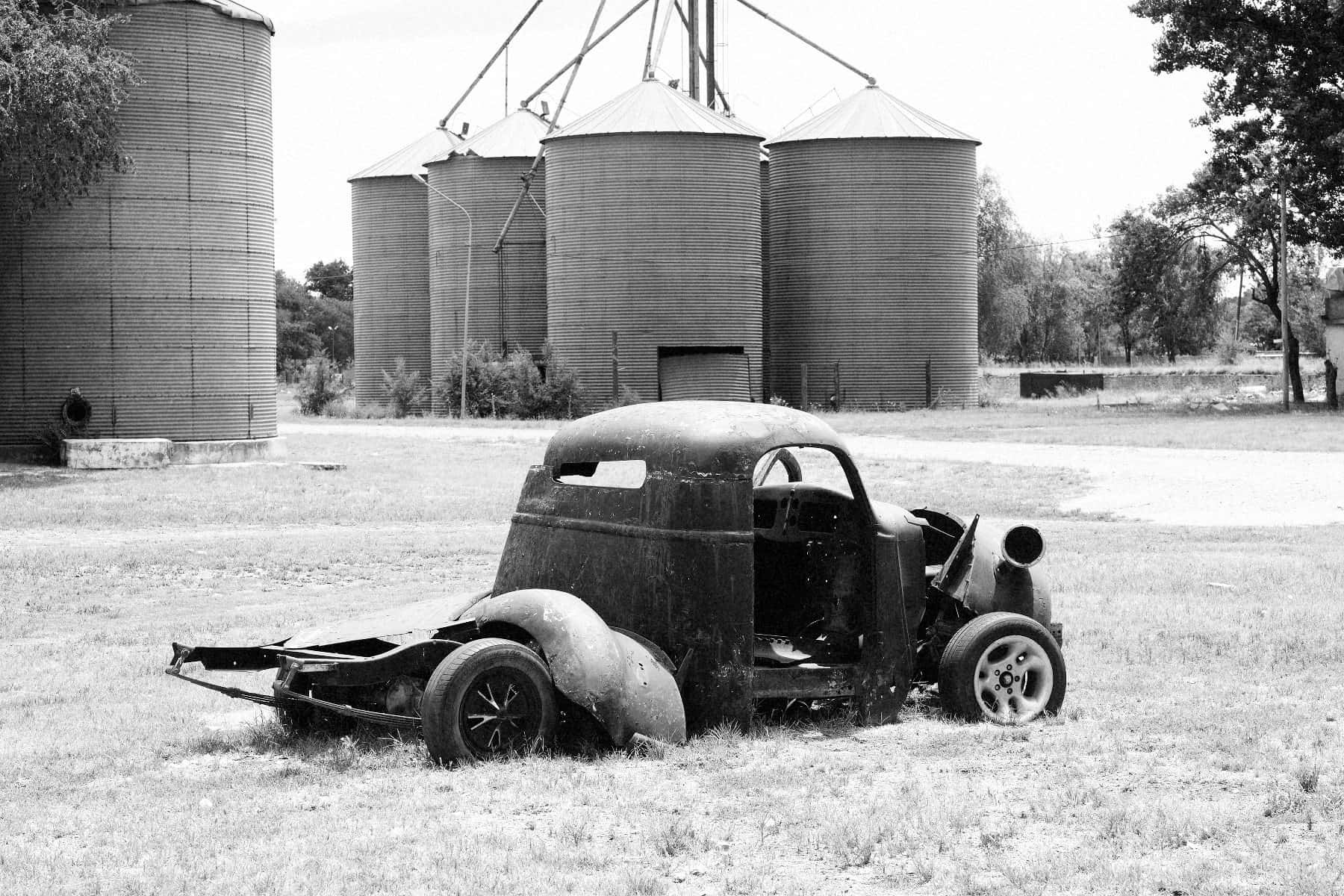 Agriculture is a mainstay of the economy in these parts. Towns have a certain “flavour” to them.

Anyway, thanks for coming along with me on this ride, I hope you enjoyed my scribblings. I didn’t get to ride absolutely everything I’d hoped to thanks to the bronchitis in Peru but it was still a good, solid journey I think. I’m pretty certain I’ll be back on the road again before too long, in the meantime however, despite it being winter at home, it’ll be super to catch up with family and friends, and think about what comes next.