Strange and unsettling times indeed. Because of my asthma and less than stellar history of chest infections, and with the wellbeing of my family and friends in mind, I started avoiding people over a month ago when it became clear what was going to happen. With no plans to travel further afield for the time being, it has felt like a good time to reconnect with my immediate area. There is much to explore, and away from the tourist hotspots, the far west of Cornwall is a spiritual place with a deep connection to the ages.

Since then, and having wound back my ride distances in line with the spirit of the guidance in place for the past week, I’m finding great satisfaction in discovering, and rediscovering some hidden gems. Despite the hundreds of thousands (some accounts say 1.8 million) tourists that arrived last week to ‘self isolate’ by the beach, it has not been hard to avoid people completely. Initially I was a little nervous about heading out on two wheels this week, as despite the official guidance, I’d seen quite a bit of hate online towards the idea that people could go out for a run, or a ride for example. The reality has been quite different.. the few people I’ve come across have been super friendly, smiles and waves, even the drivers – of which there are very few. I’ve been pondering that; is it that with all the material bullshit and “them and us” mindsets stripped away by the crisis, people feel vulnerable and as such are remembering their common humanity…? Ironically the roads are safer than ever now, the single most common cause of cycling accidents is cars.

It is genuinely a lifeline to be able to continue to exercise outdoors; my bicycle helped me rise above the depths of depression, and with the future of work looking bleak in the short term, I’m hoping that the privilege can remain in place; people just need to behave responsibly. Sadly there is a body of evidence that suggests that ultimately the suicide death toll from the extreme lockdown measures being deployed across the world could be higher than the toll from the virus itself (references supplied on request); having the freedom to exercise is a very good way to offset the stress of the difficult situation in which many find themselves.

Anyway, the pictures below date from February and March. Probably not going to be much more on here for quite a while. 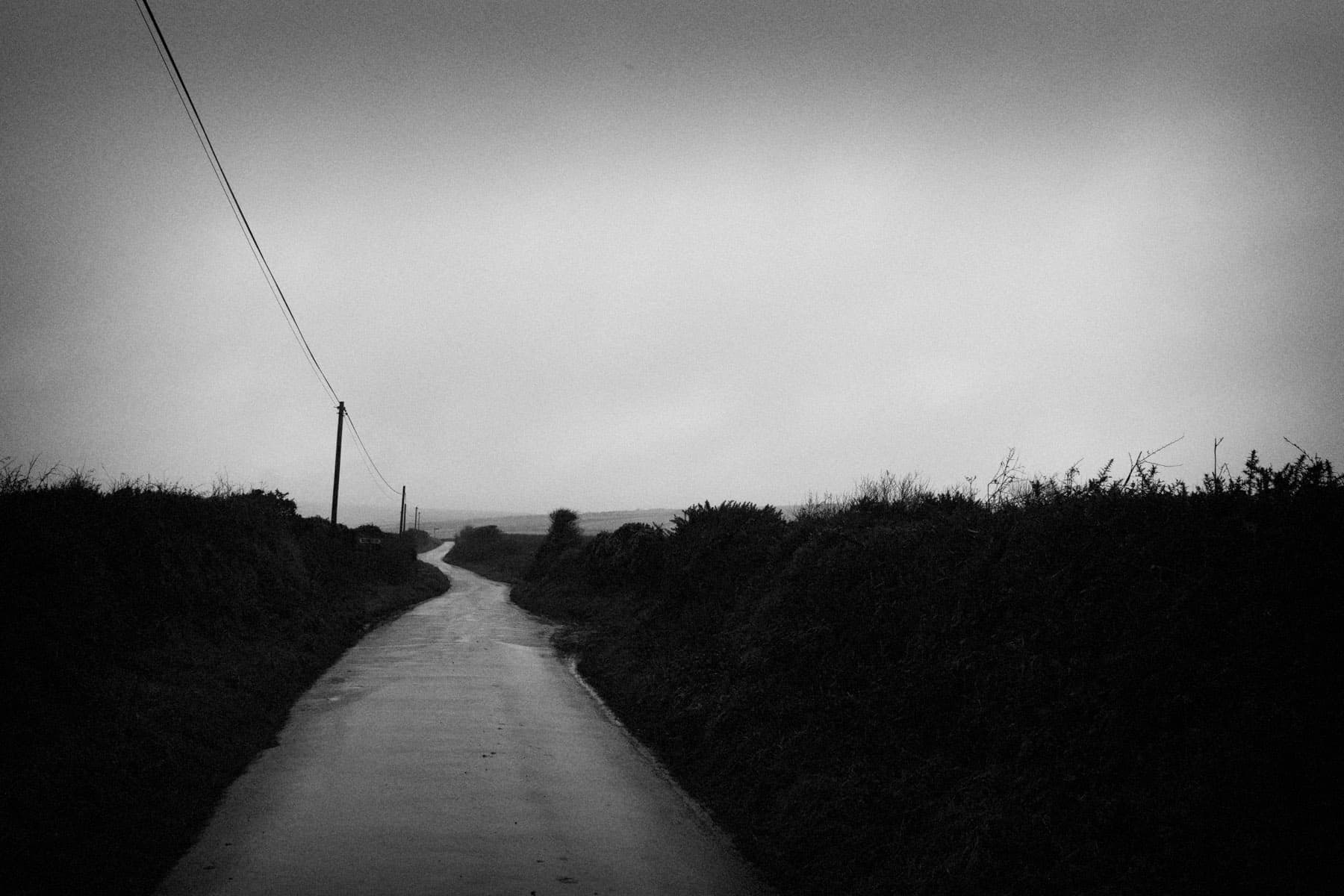 February was wet, so wet…. I hardly bothered to take a camera with me. It was atmospheric at times however; this road wiggles its way west towards Grumbla… in the permarain. 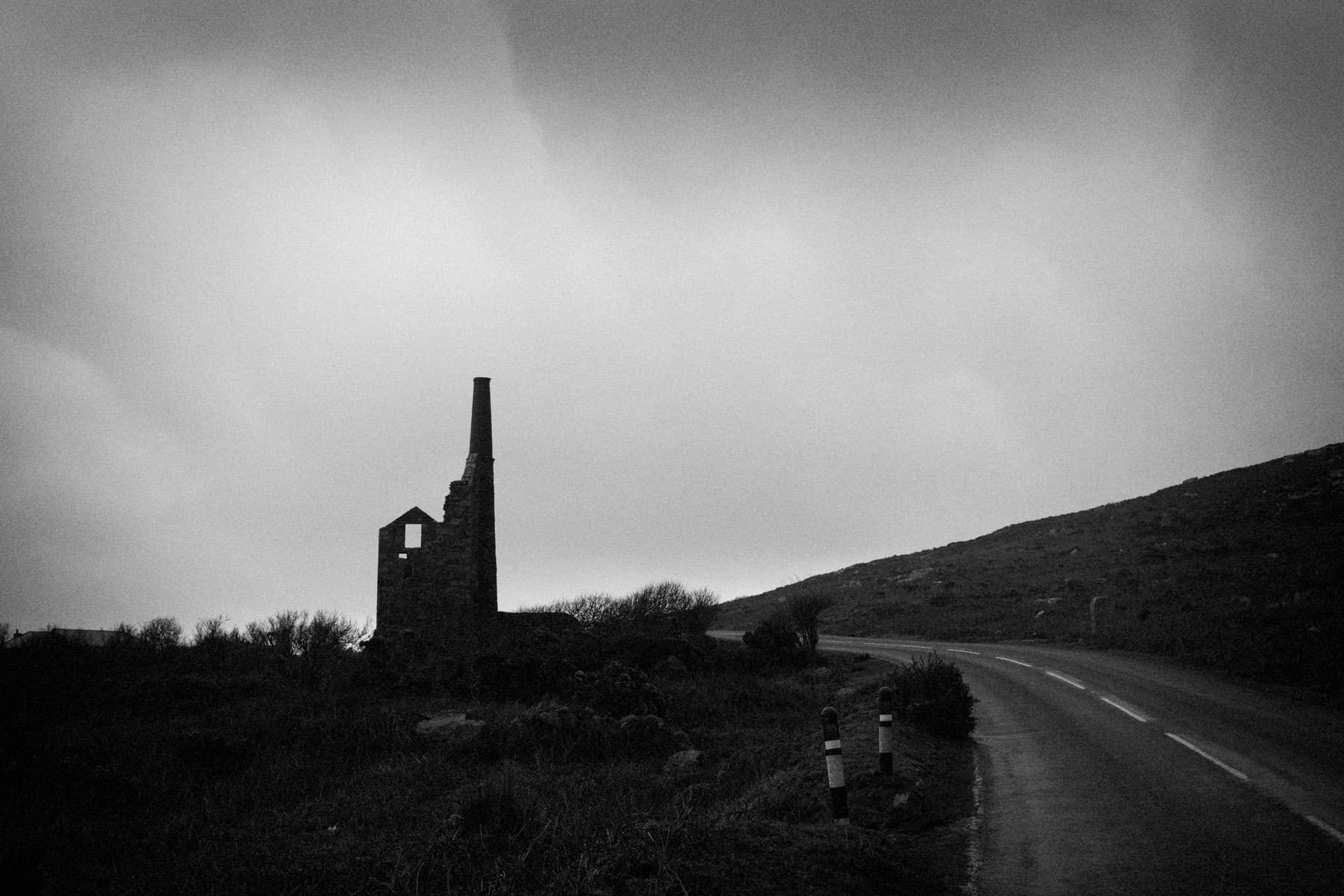 The ruined mine engine house of Carn Galver. 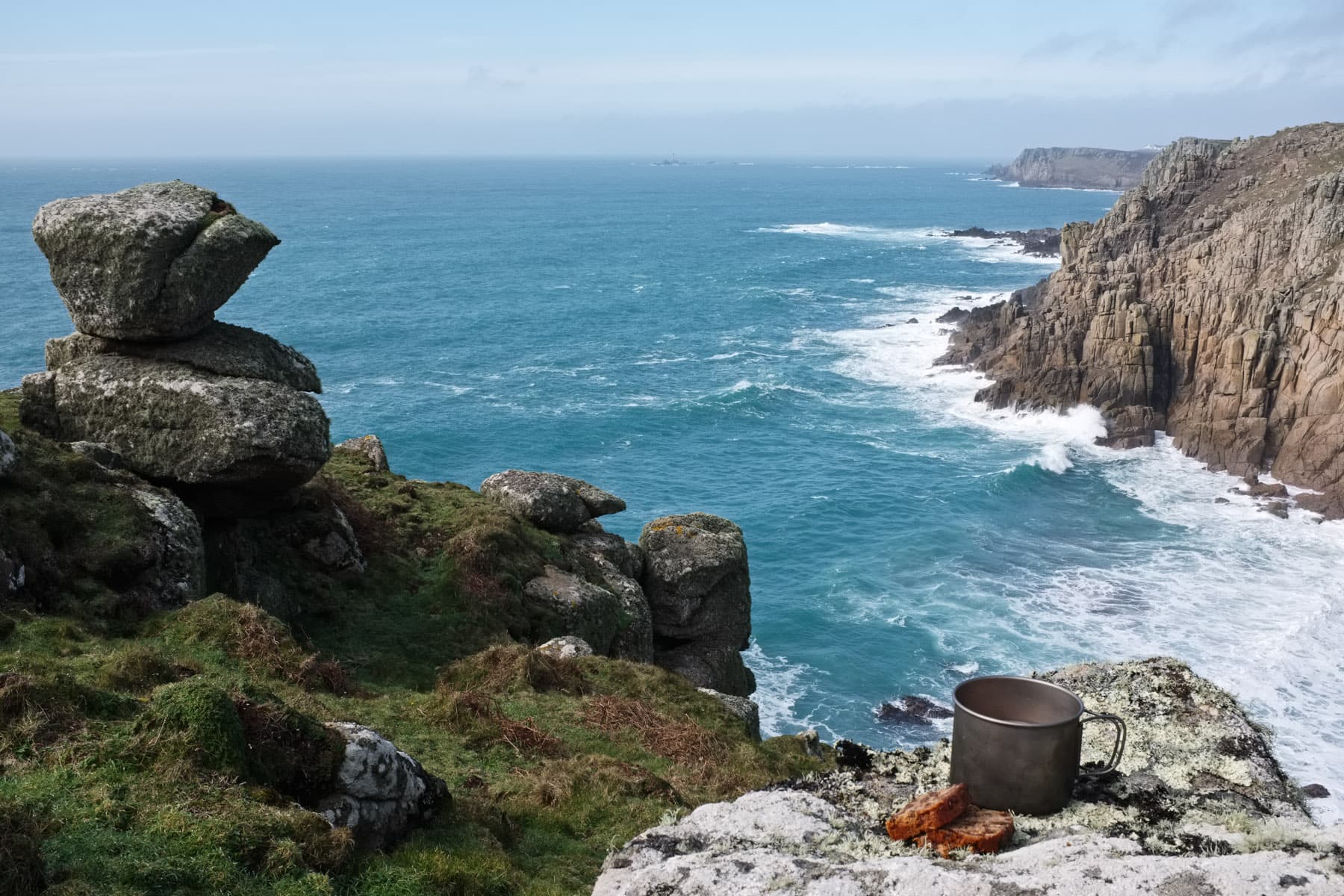 First two-wheeled visit of the year to Gwennap Head in early March. I found a spot out of the wind to enjoy lunch, make a brew, and contemplate life. 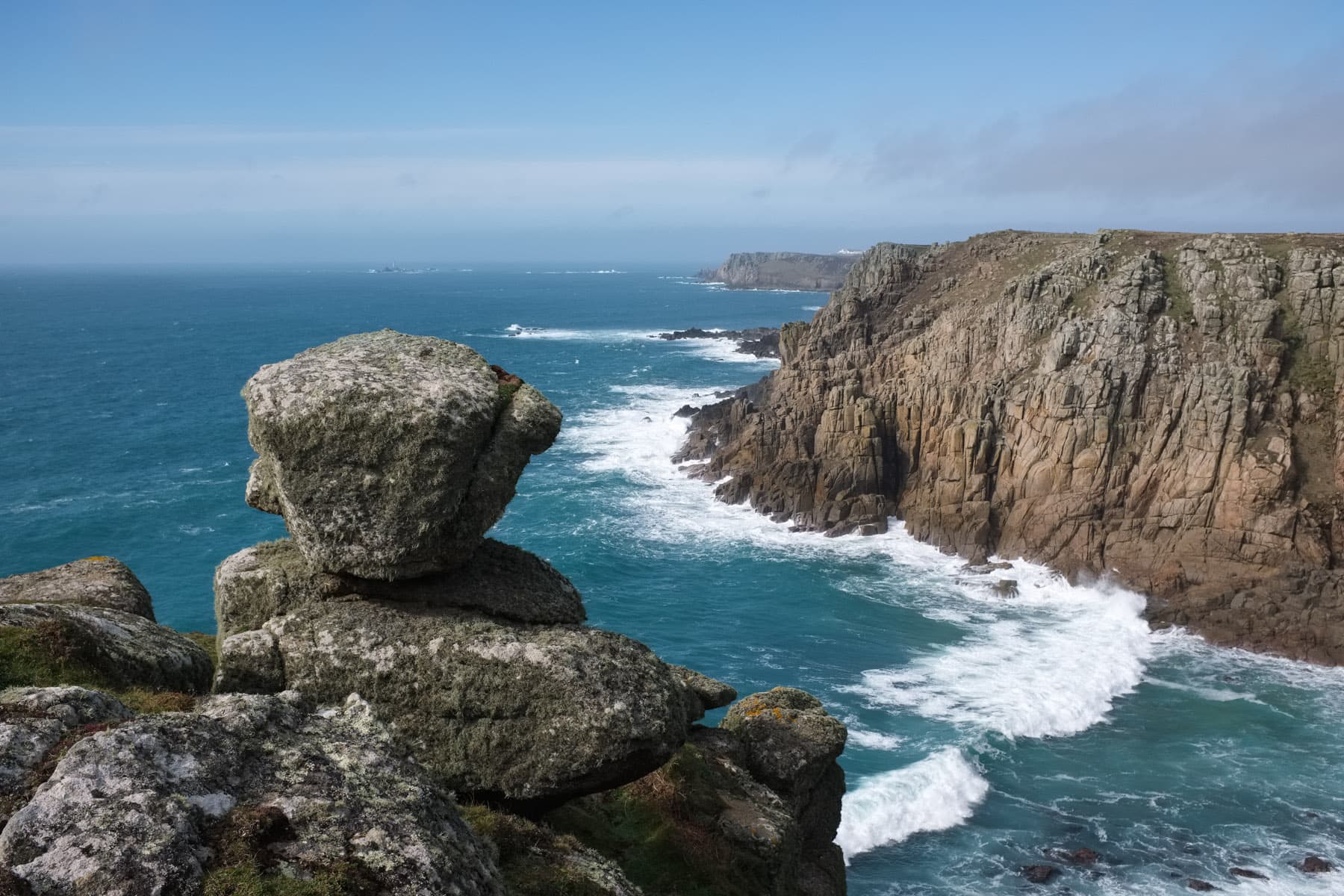 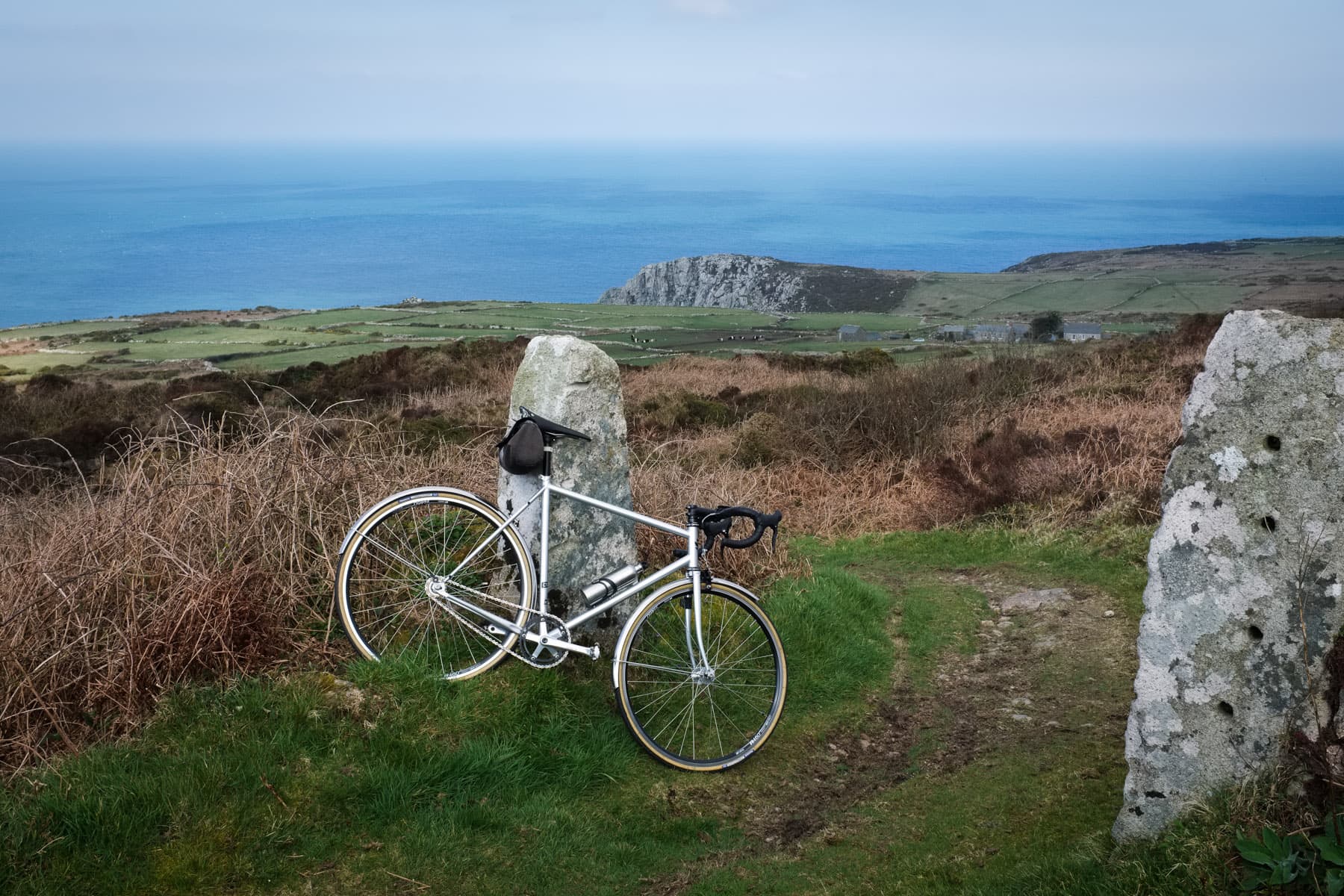 A spur of the moment decision and likely looking trail took me from Morvah up onto the west Penwith moors. Not rideable on a skinny-tyred fixed wheel but I have no issues around hiking with my bike on my shoulder. 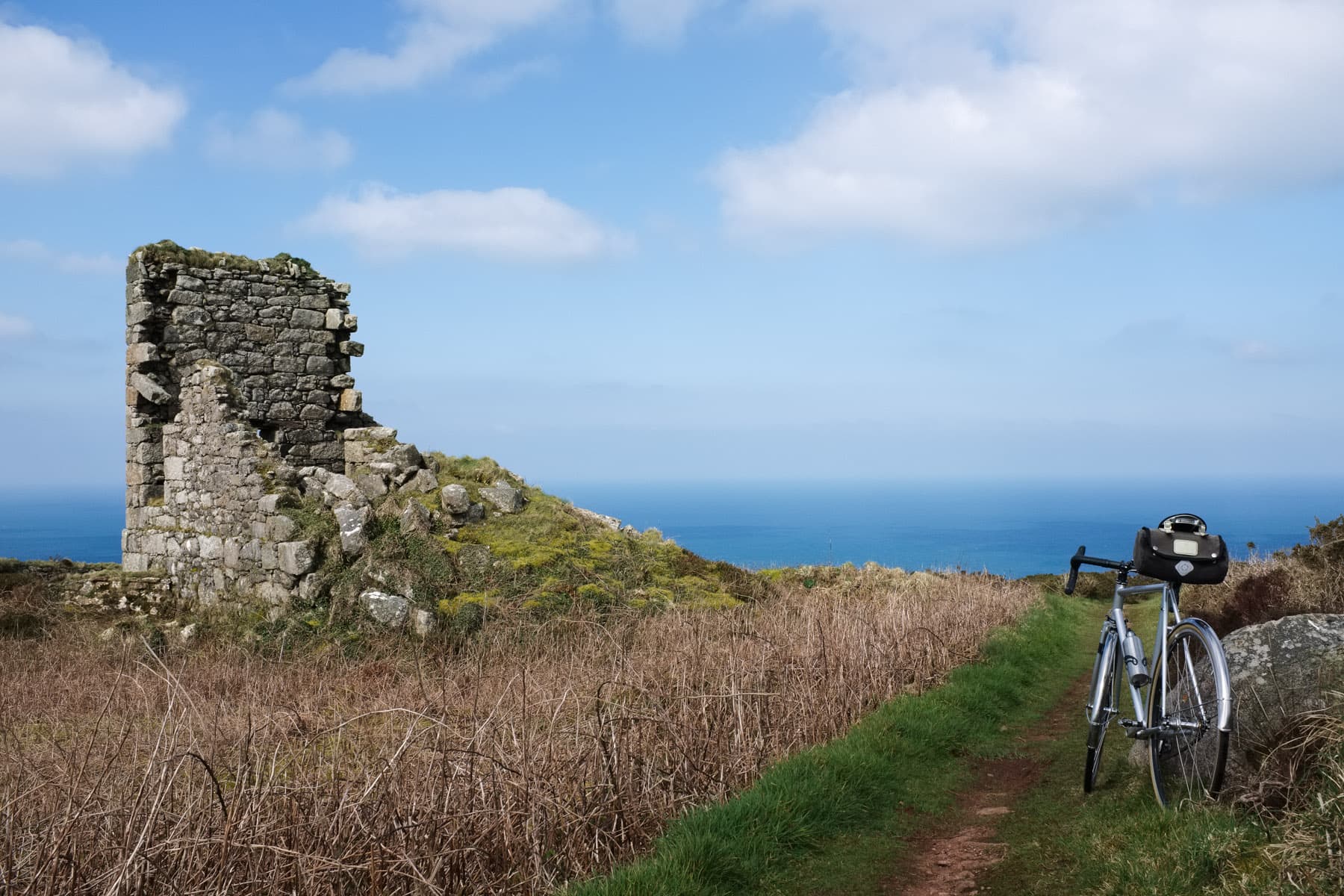 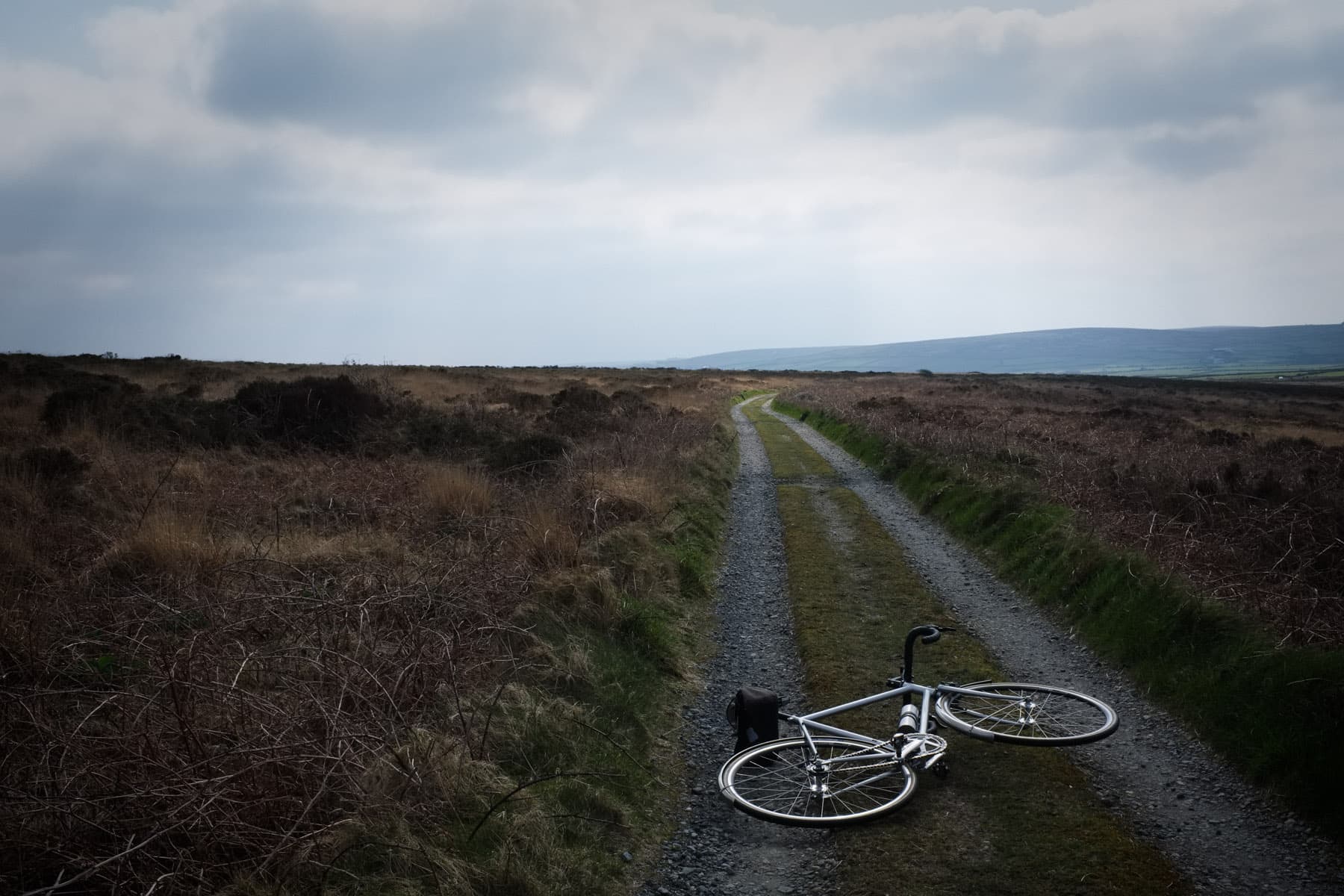 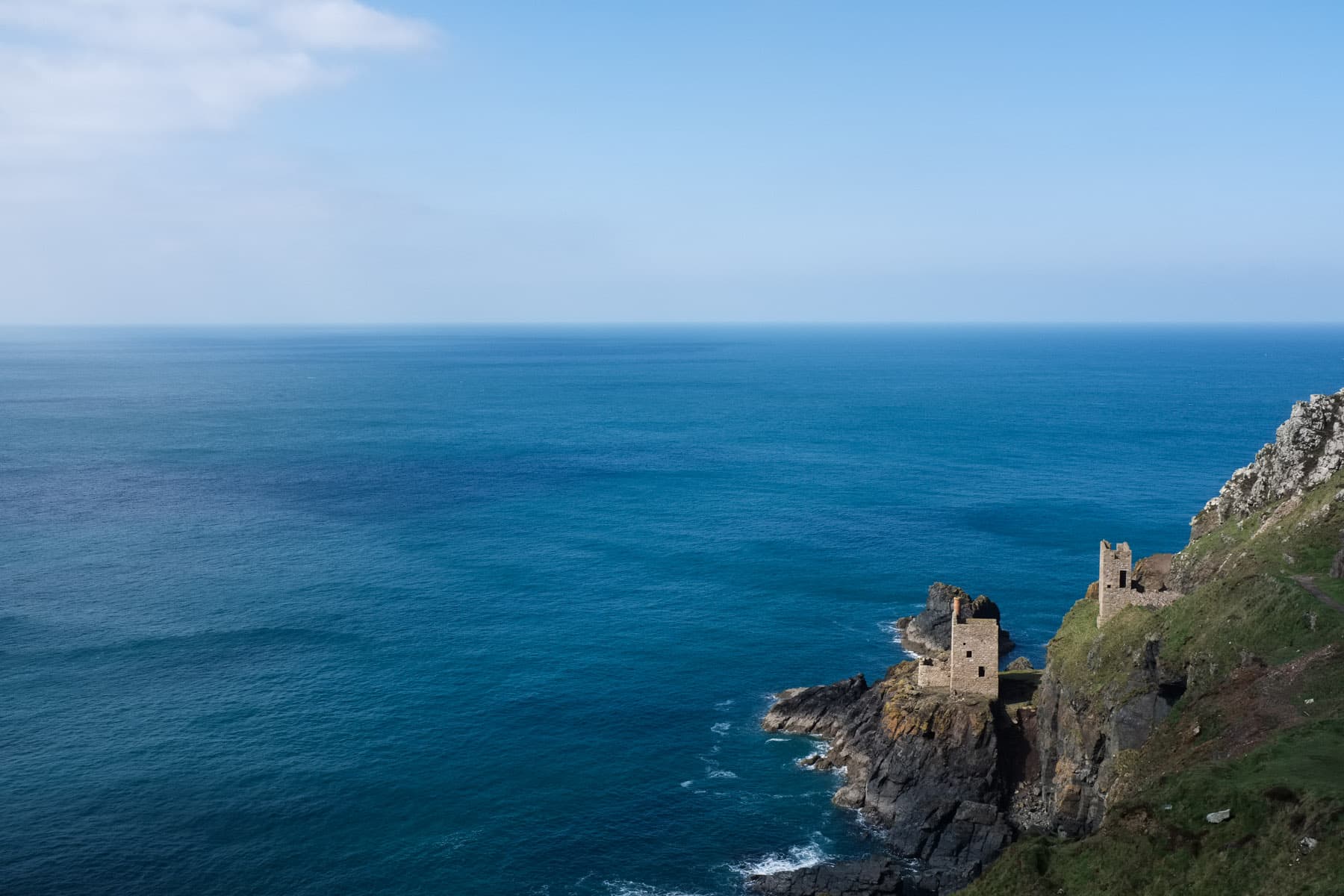 The ruined Crown Mine engine houses at Botallack. It’s a well known spot but always fabulous, especially when quiet. 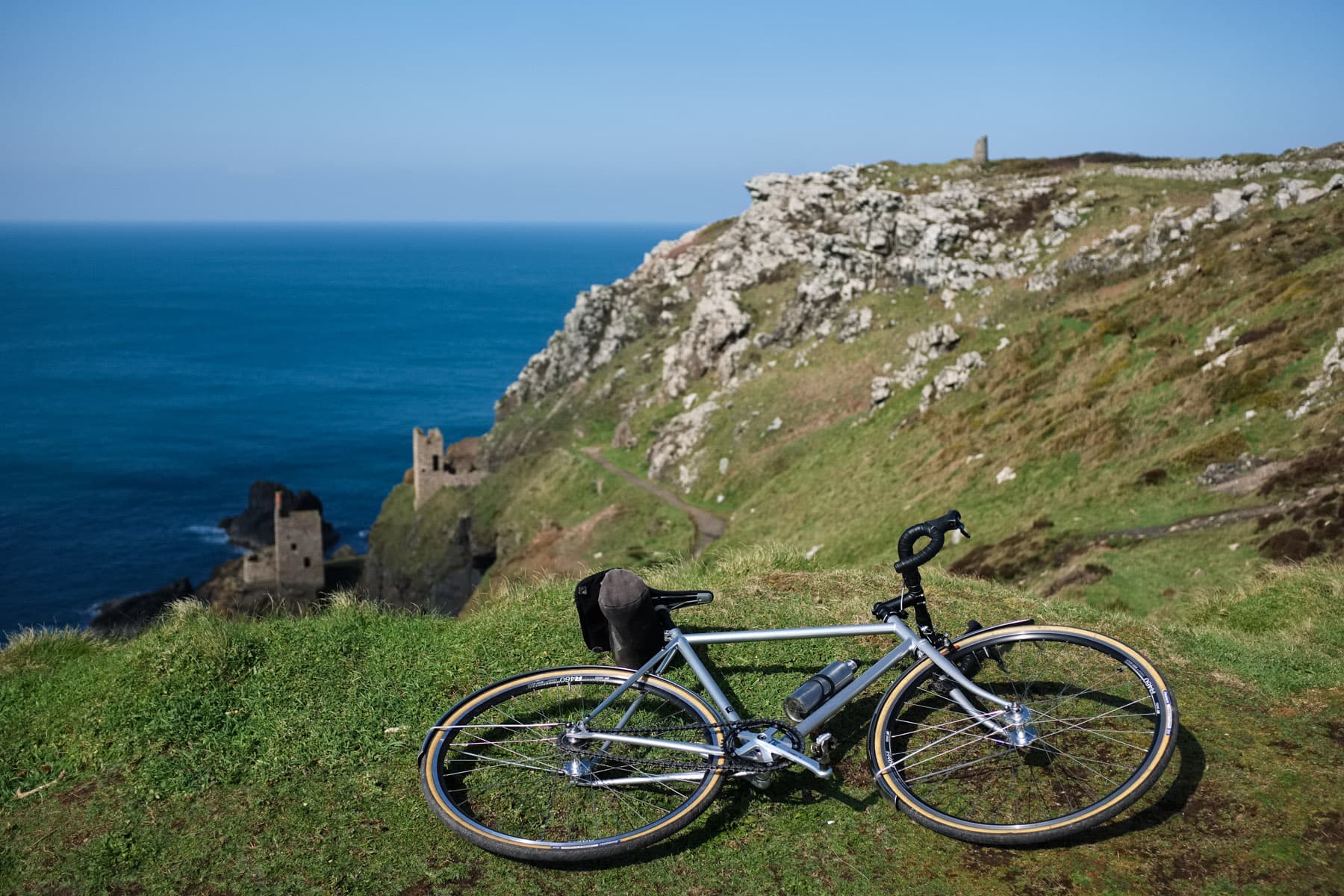 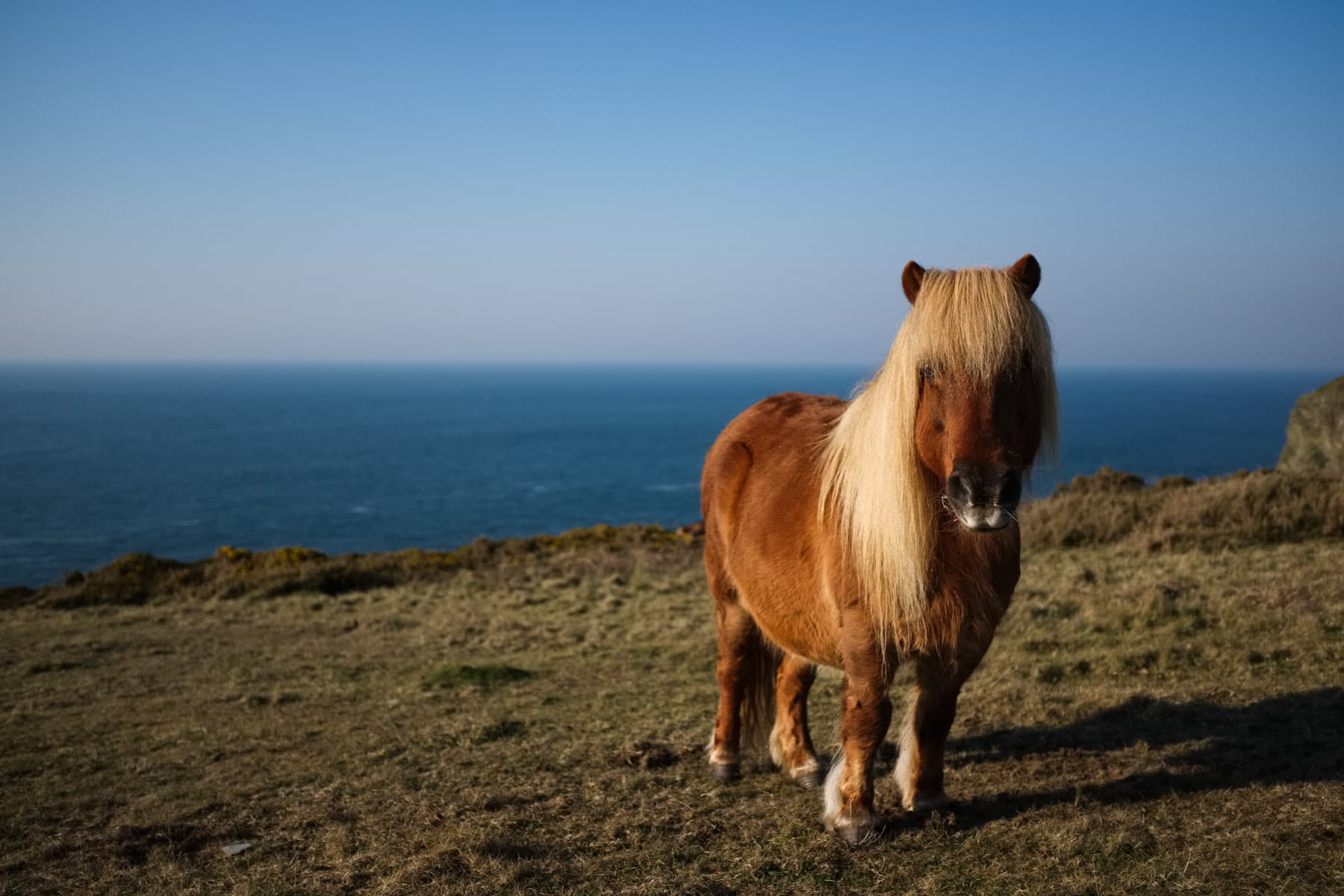 I live alone, so cut off from friends and family, opportunities for face to face conversation are few and far between. Small talk has never been my forte, however I’m quite happy with a fixed stare and some nostril-blowing. Fine hairstyle, I doubt I will look that good after 3 months without a haircut. 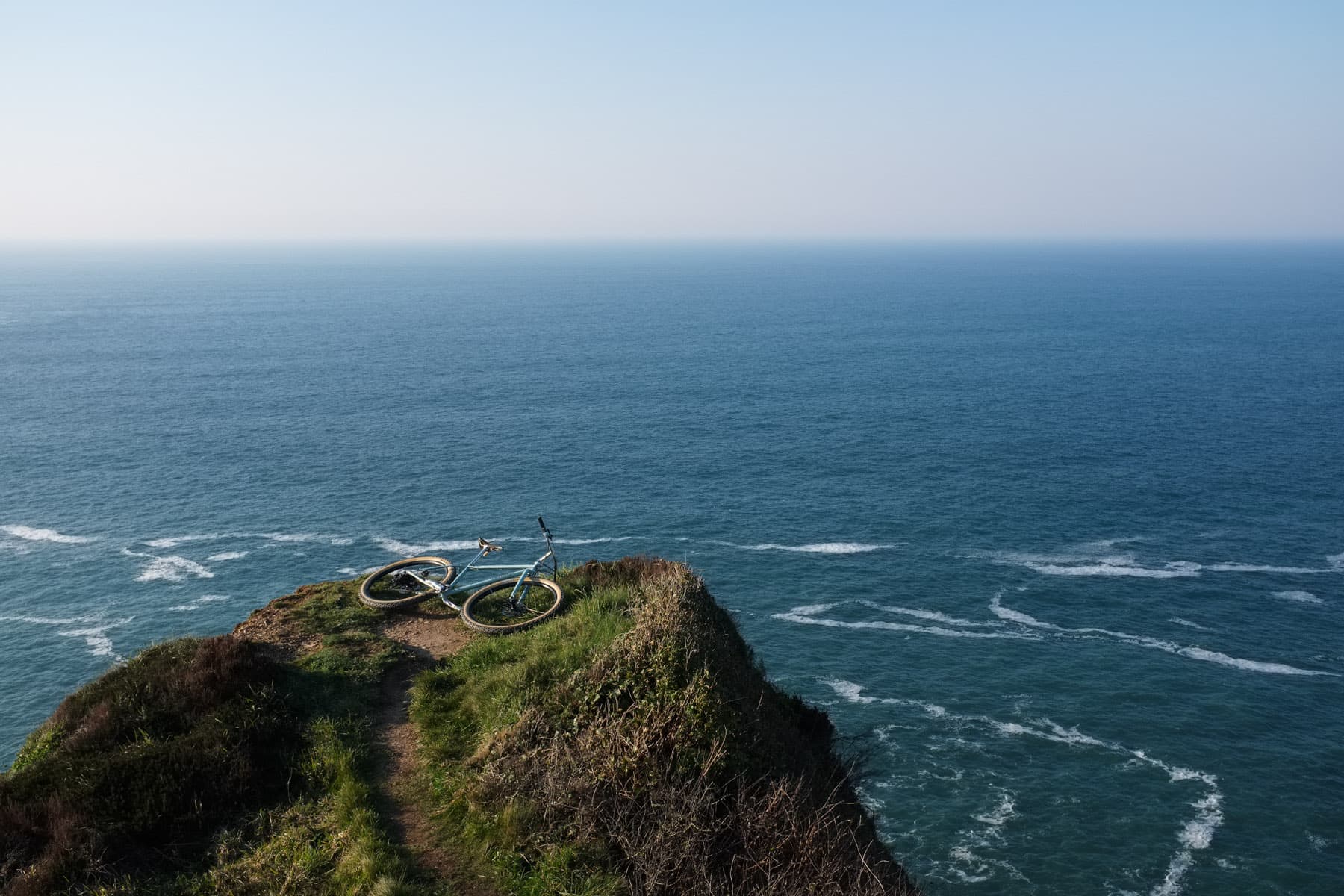 I’ve come to think of this as my “number 42 spot”.. you know, “life, the universe, and everything..”.. Hitchhikers Guide..? oh never mind… Regardless, it’s a good spot, close to home, from which to contemplate the awkward place in which we find ourselves, and that which lies ahead. 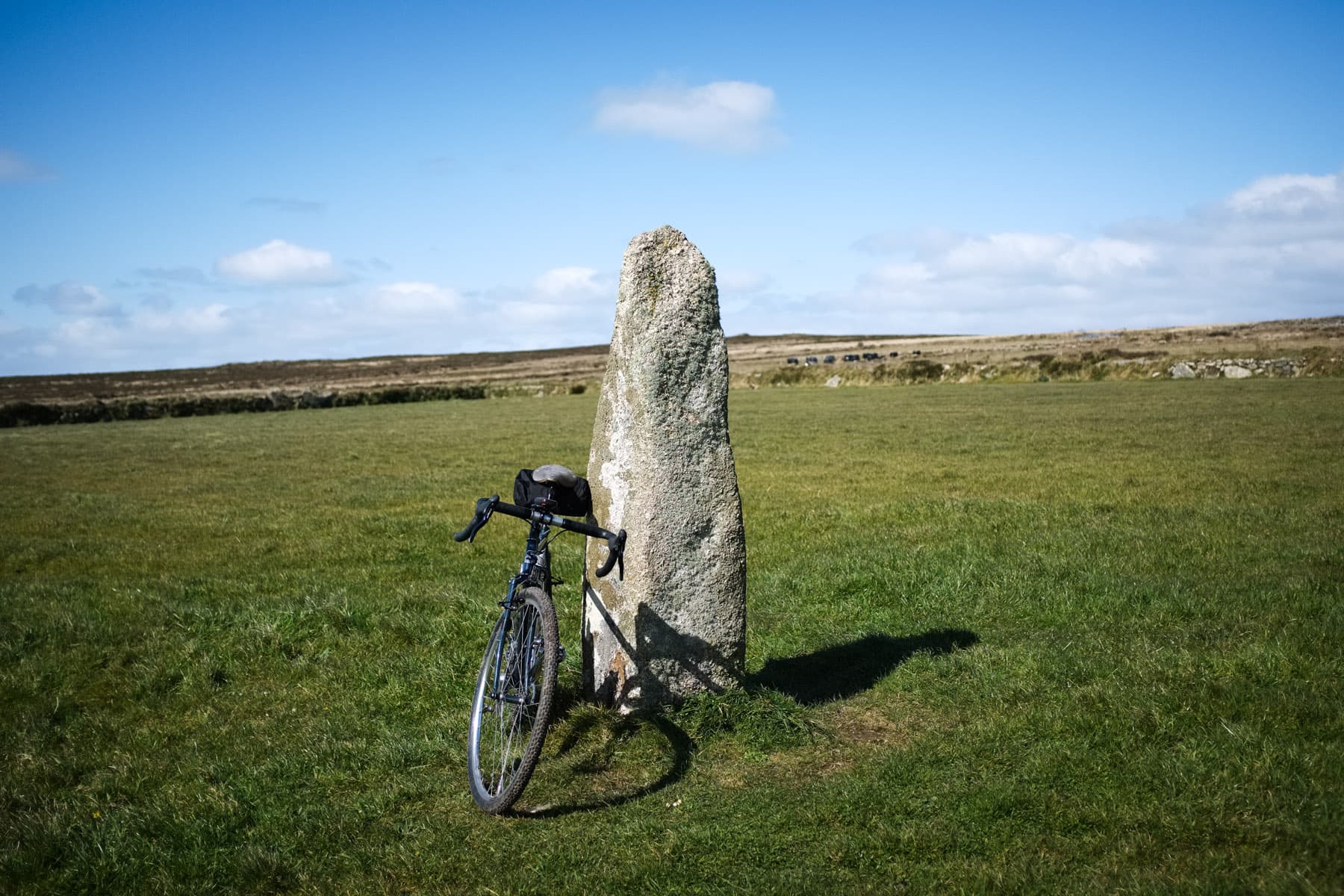 The far west is absolutely littered with megalithic remains; standing stones, quoits, stone circles, burial mounds, forts and so on. 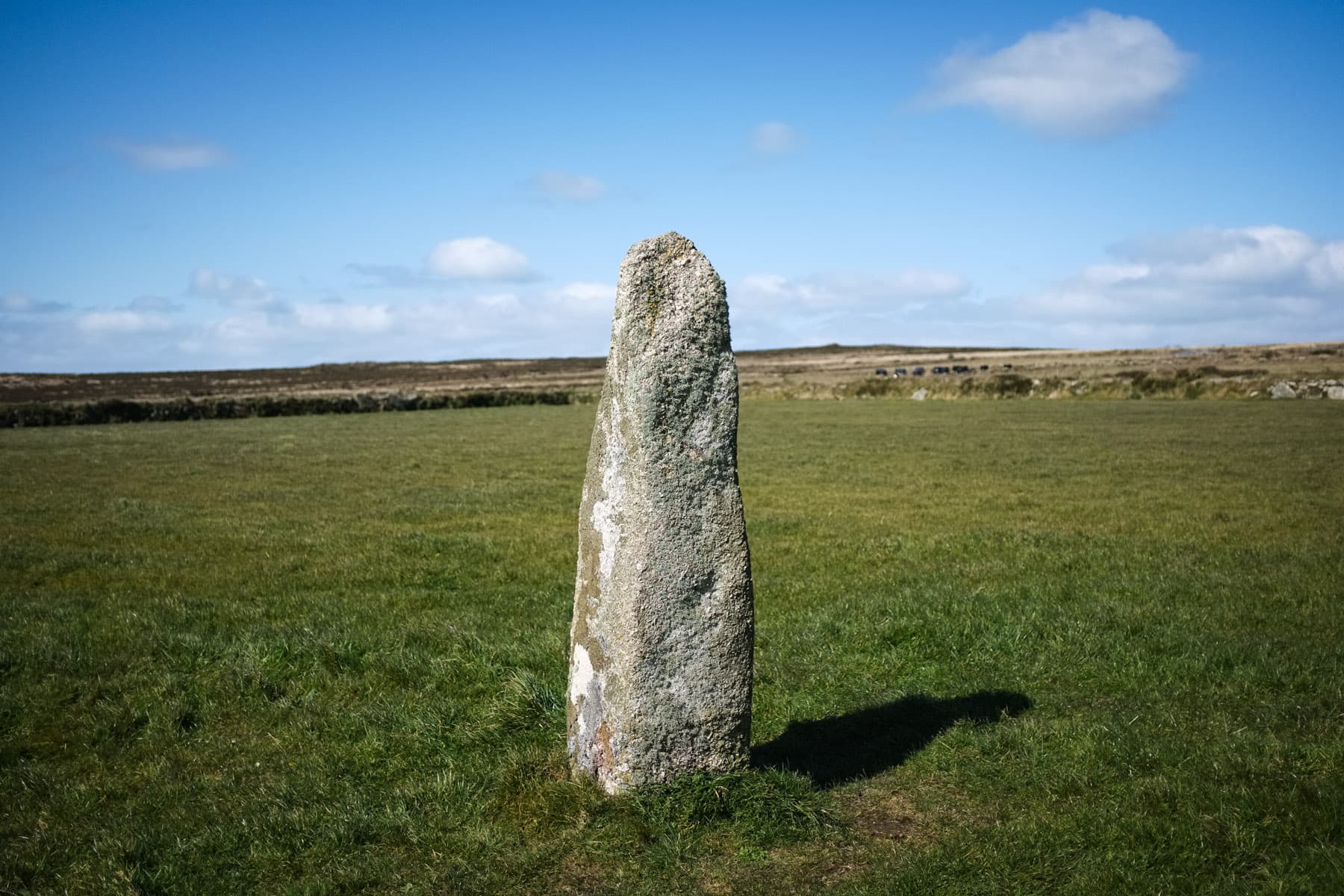 This is the Mên Scryfa; it’s thought to date originally from the Bronze Age (somewhere between 2750 and 4100 years ago), but was also used, sometime around the 5th or 6th century AD, as a memorial to the son of a tribal leader of an Iron Age clan. It carries the inscription “RIALOBRANI CVNOVALI FIL” in latinised Cornish which means “Royal Raven, son of the famous leader”. The story of Rialvran tells of a great battle that was fought at this spot. The inscription was in shadow so I didn’t photograph it.. it’s barely visible in truth after centuries exposed to Cornish winters and the slow work of the lichens. 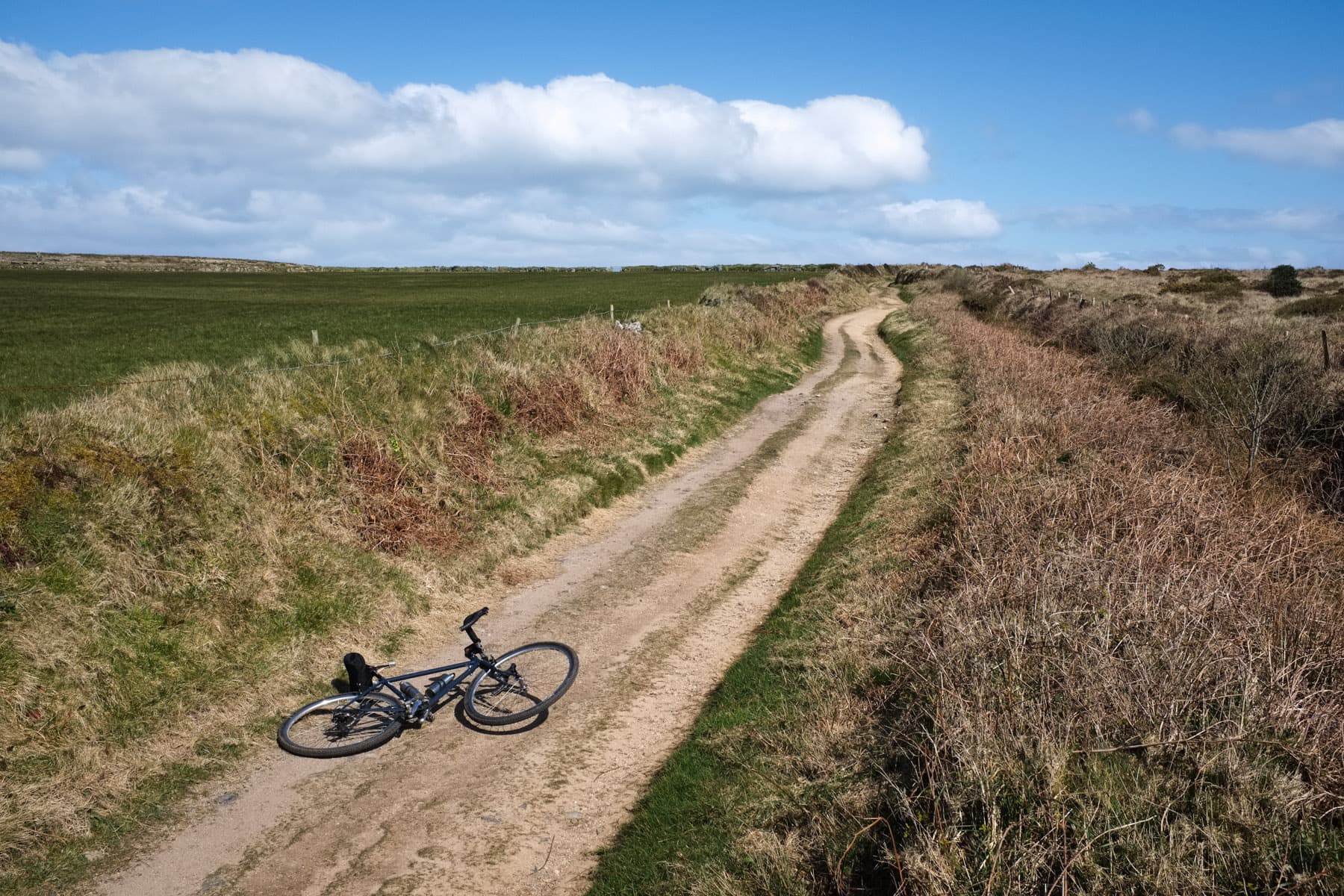 Tracks of the west. 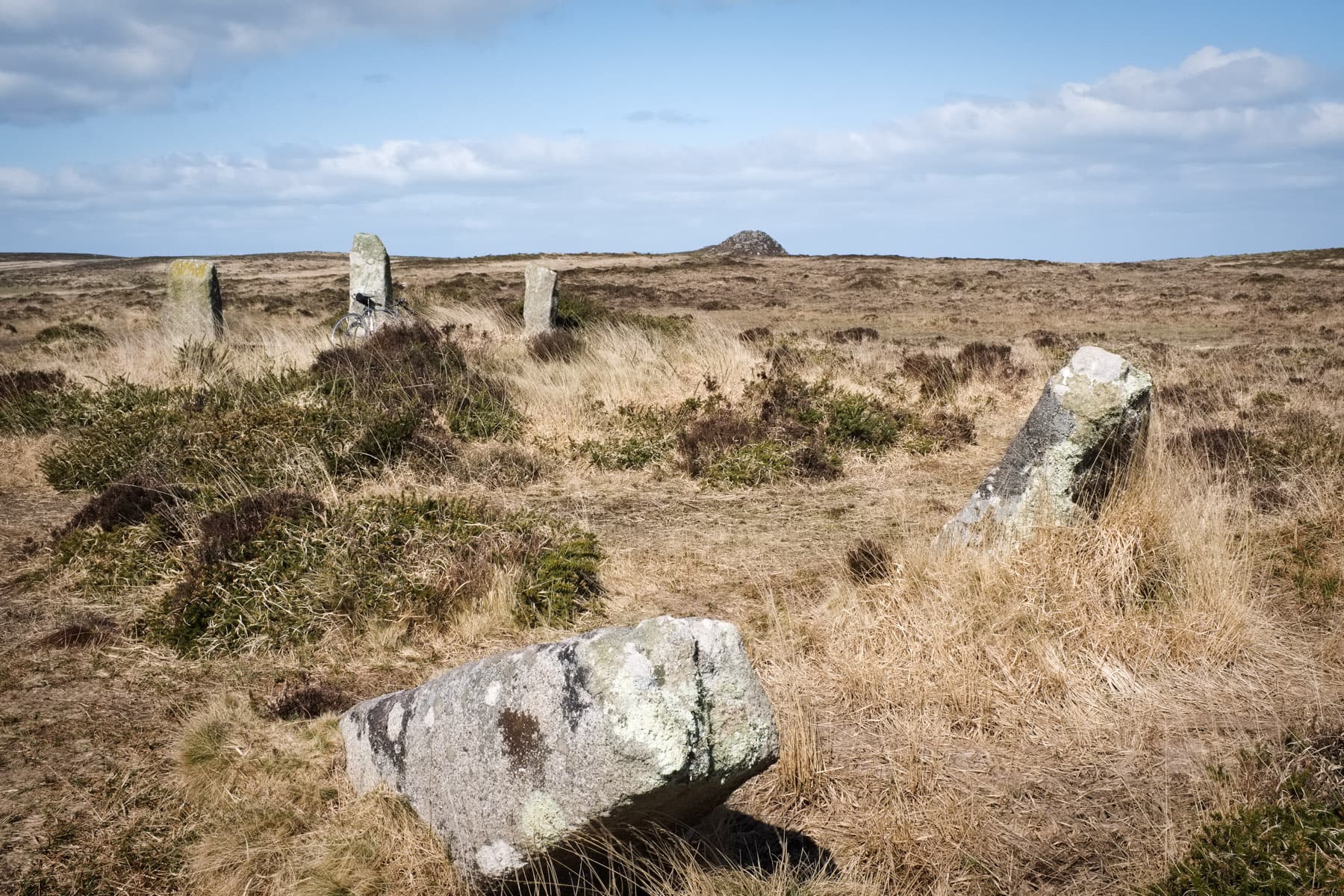 Boskednan Nine Maidens. Dating from the bronze age there are 11 stones remaining in this circle, out of a probable 19; nearby mine workings disrupted the site quite considerably. 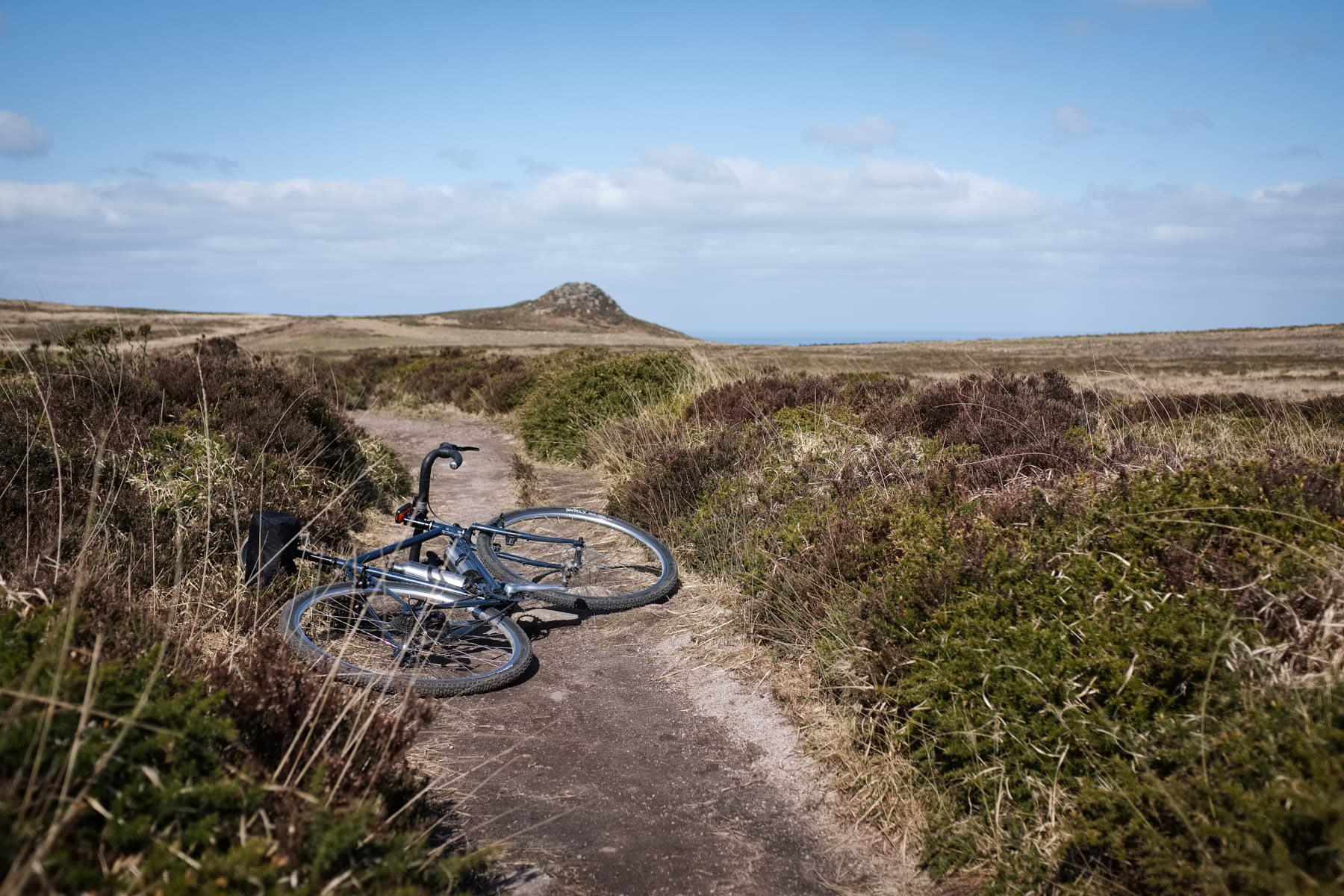 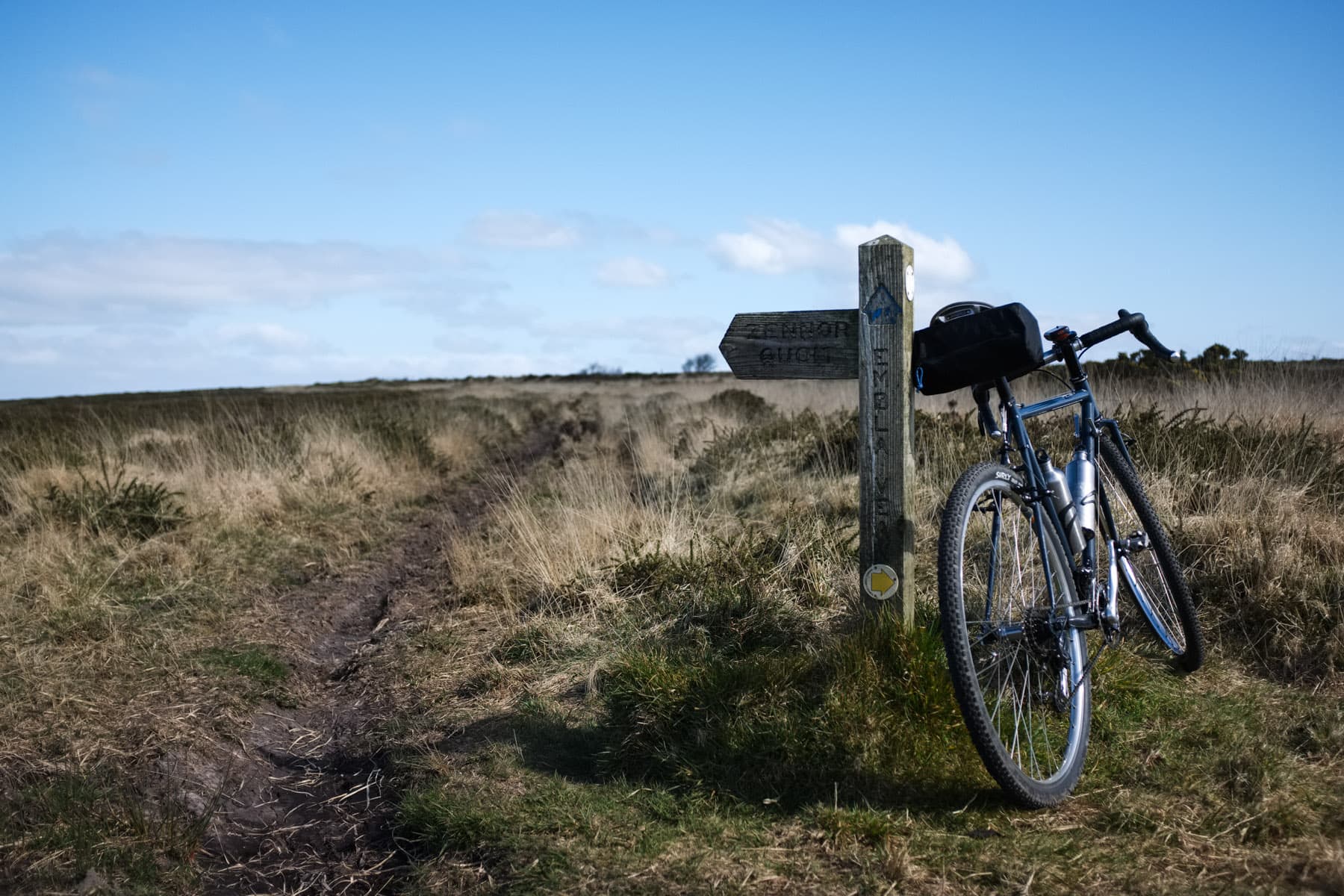 .. and signposts for hobbits. 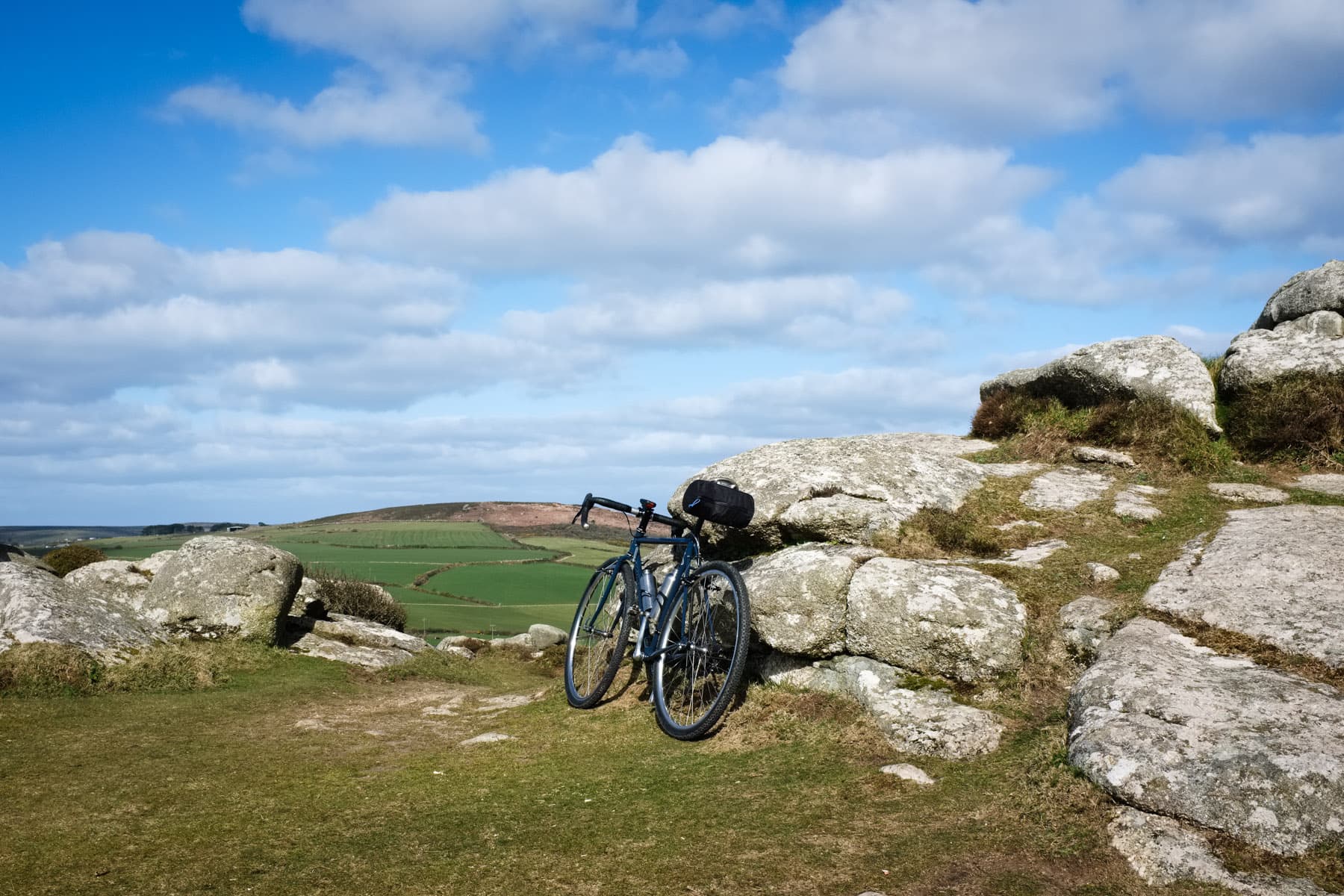 Trencrom Hill, it’s a hike up here but easy enough with a bike on the shoulder. The site is the remains of an Iron Age hill fort, previously a single-walled Neolithic enclosure. It’s still possible to discern a boundary wall and hut circles. 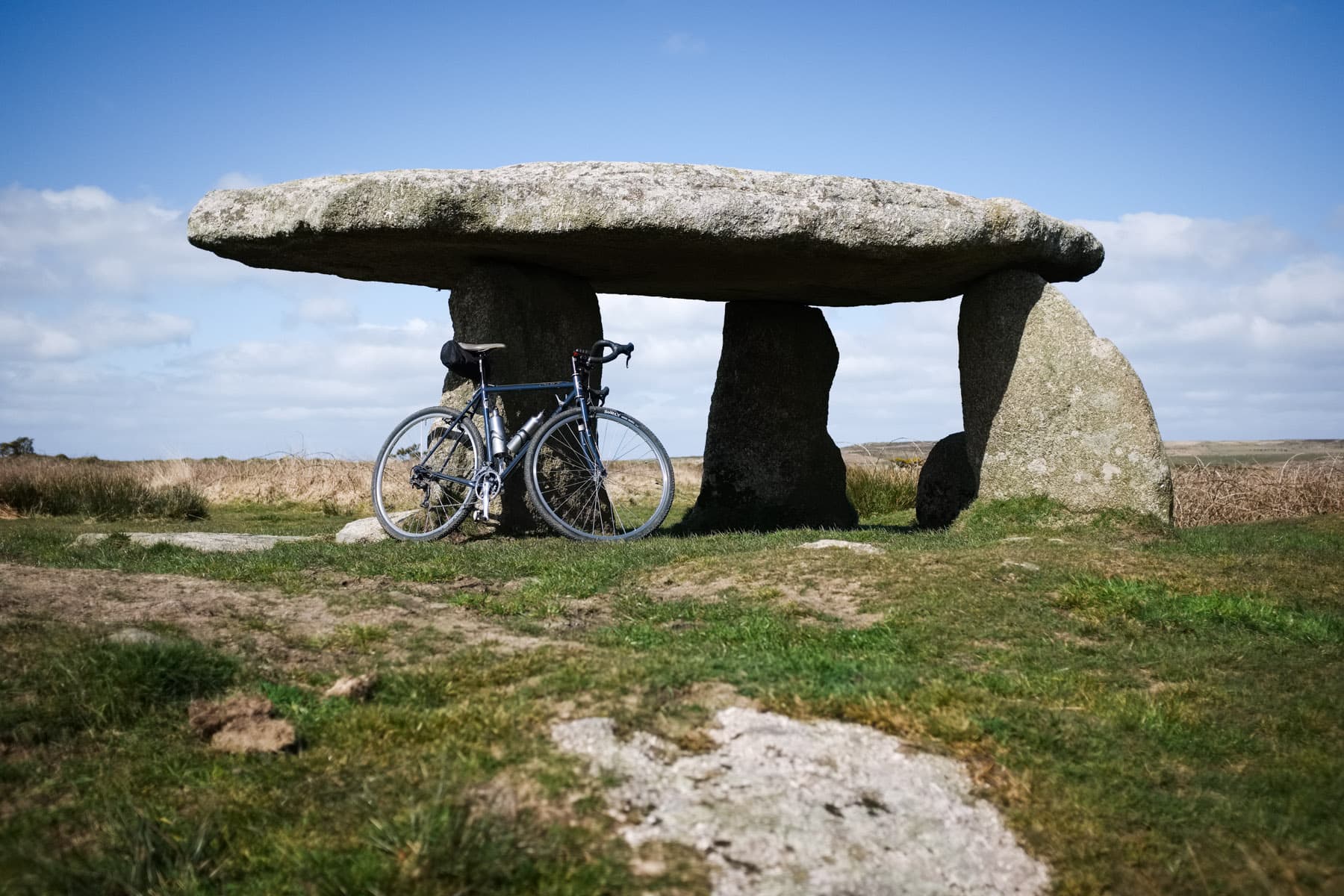 Lanyon Quoit is probably the best known site around here, it is also one of the the most accessible, sitting, as it does, right by the road. It is also one of the least authentic… It originally dates from 3500-2500BCE but in 1815 collapsed in a storm. Some stones were fractured, so that when it was re-erected in 1824 (at right angles to its original position) the capstone was placed on only 3 uprights which were shortened and squared off.

6 thoughts on “In The West”