You know about Darwinism, survival of the fittest and all that… well I have a theory here in Colombia that something similar is going on among the canine population, except here it’s survival of the laziest…. You see unlike in Ecuador I have had no trouble at all with the local pooches… the only real factor in that difference I can see is the number of cyclists on the road here, aside from the “work bikes” cycling is also a major sport here. So the dogs have more bikes to chase than in Ecuador… ergo there must be more opportunities for the energetic animals to be flattened by trucks while running after their two-wheeled prey, thus leaving the lazy “couldn’t give a shit” dogs behind to give all the passing cyclists a stiff ignoring…. ah, whatever, I digress… how about the journey into Colombia so far then…?! 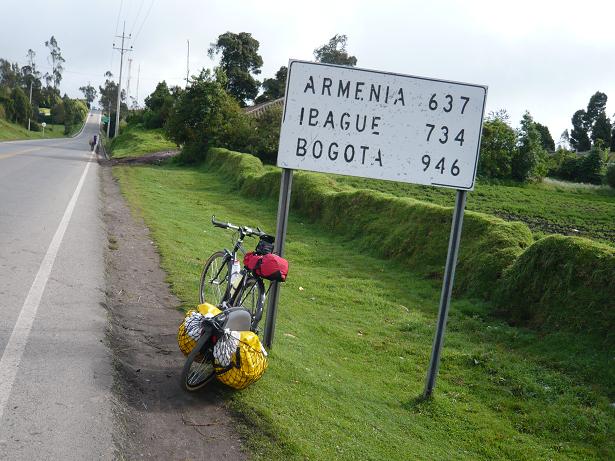 I left Ipiales yesterday morning around 8am, I won’t say too much about the ride that day except that it was the best day riding so far on this trip. the Andes here in Southern Colombia are breathtakingly beautiful, it is hard to imagine that such a place has been witness to so much violence. The only place I have seen that surpasses this place is the island of Flores just west of Timor. Flores was wilder and being lower in altitude “more tropical” but the patchwork of fields creeping up the rugged mountainsides here with trimmings of subtropical vegetation and waterfalls cascading down from the cloud forest are equally stunning. 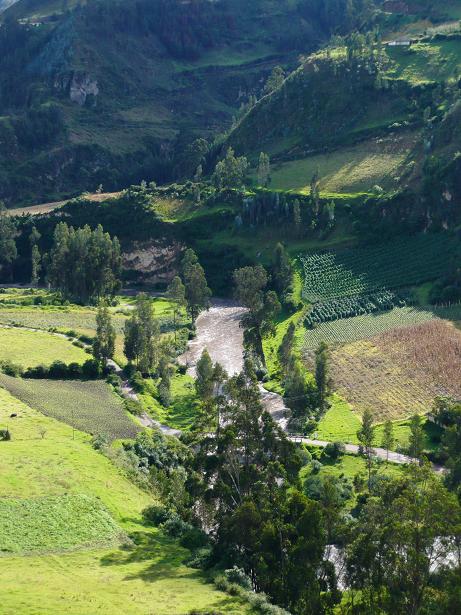 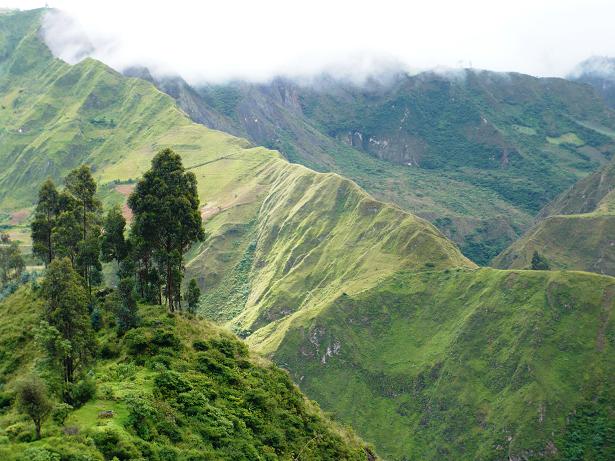 The Pan Americana yesterday felt roughly equivalent in traffic terms to a quiet country road back home in Cornwall, though with a better surface and without the cowshit and tractors. One obvious difference to Ecuador its the tidiness of the villages and the highway, for sure they are a bit “frayed around the edges” as you’d expect but nothing like the outright scruffiness of Ecuador. I have no idea (yet) if the rest of the country is like this, maybe it’s the drug money that goes back into the local communities that makes the difference. Riding for the most part yesterday was like riding through a garden… birdsong and flowers. Every so often I would pass a colourful shack or cottage in the hills with mellow Latin tunes drifting out over the mountains to lift the spirits even further…brilliant. 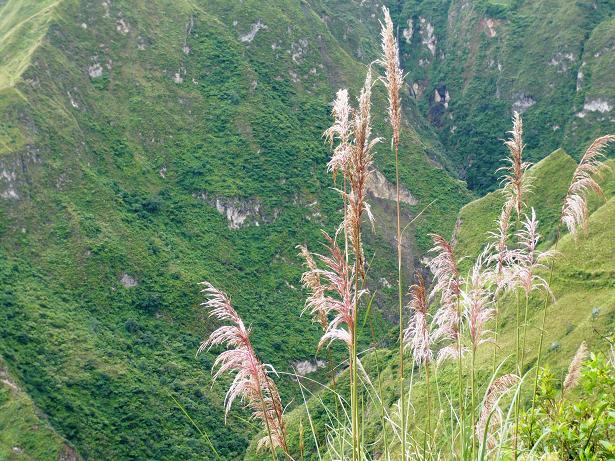 My ride took me along 10km or so of rolling terrain, 40km downhill into a subtropical valley alongside a river, then predictably 40km steeply back up again… this was OK apart from the last couple of hours as I climbed back into cloud forest (cloudy and wet predictably…) so I had no views, it was cold and then lashed it down with rain for the remainder of the ride…

My standards for a place to sleep can go pretty low but the first two places I checked out here in Pasto were real fleapits… I might have considered 12 yrs ago when travelling on a budget of bugger all, but wet, filthy, tired and hungry after a climbing in the rain for so long all I could think about was hot water and a half decent bed… found one eventually, it’s a great place actually though for some reason the shower door opens inwards… so run the shower to warm it up, open the door to get in and water sprays everywhere… wonderful logic….

The people have been brilliant, though I do seem to be very much an object of curiosity this far south. It helps that the majority of the population are aware of cycling as a sport, and it also helps I think that there is no tourism all the way down here. I stopped in a small village for a coffee yesterday, the chap seemed so happy to see someone visiting his village and he was all over the bike….. Despite the friendliness I must admit I can’t help keeping a level of wariness here, especially out on the road. It is sad though how prejudices can affect people… if I was at home on my bike, stopped for whatever reason and a mean looking guy approached me in a black hoodie, dark glasses with hands in pockets I think I’d be a bit on edge… same thing here so when this happened while sitting having a bite out in the mountains I was ready for trouble… oh how wrong I was, he turned out to be just a friendly guy interested in what I was up to…. I think I’ll still be on edge a little though until I get a bit further north at least, say past Cali. The city folk here in Pasto are friendly, and I finally found a cafe that serves superb coffee… this is great news, Ecuador and Colombia are generally pretty dire on the coffee front despite the good stuff that finds it’s way out as export beans. 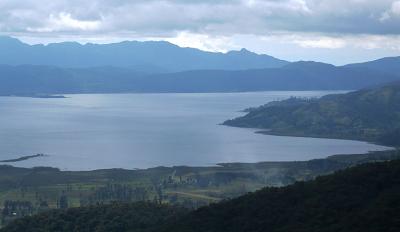 Today then, there is a reason I have time to type this evening… a forced delay due to circumstance but things invariably go a bit pear-shaped regularly when travelling by bike… the plan today was to get to Popayan, I was going to bus it (thus giving me more time in the mountains north of Bogota) because it is nearly 300km away and the next safe stop with accomodation is 200km from here (in a village called El Bordo) according to the locals, and I must admit it looks a pretty empty stretch on the map. El Bordo is out of easy reach really in the mountains on a loaded tourer with legs tired from yesterday. The stretch from Pasto to Popayan has a rough reputation for being dangerous, especially after  dusk so I¡d rather not be out too late, have to think of my health you know… Anyway I couldn’t go today however the road was closed overnight by landslides after heavy rain. A bicycle could get through but nothing else, not today anyway. It’s not been such a bad thing really, aside from having time to appreciate Pasto with a clear head and on a nice day, this morning I cycled a 50km round trip up a lovely and quiet side road in the mountains to Laguna la Cocha. The lake is beautiful as is the surrounding cloud forest, this was nice to see as apparently it is an increasingly rare habitat… Much birdsong to be appreciated.

It is a lovely evening here, chilly but the low sun is breaking through the cloud again and allowing occasional glimpses of the volcano (yep, another one…) looming over the city. I didn’t appreciate Pasto much when I arrived in the rain yesterday but this evening I have decided it’s a nice place, friendly, bustling, colourful, good beer and the women are beautiful….. ahem.

Tomorrow then… ahhh, well with fresher legs and a good kip tonight I would like to tackle the distance to El Bordo, easy on a race bike… not so on a loaded tourer however it is supposed to be another stunning stretch of road. The only thing on my mind… a couple of punctures or running out of food could see me out on the highway after dark with no place to stay. It may well be that I could easily find a room closer than that in a village but I just don’t know, at least it is a risk I am not sure I will take until I get a better feel for how well the villages and so on can cater for overnight stays. Anywhere else I would happily go for it but down here… hmmm, not so sure. I will decide in the morning I think… though I know already what my family would say, and maybe it is time I actually listened to them.

Final thought then for now… fruit salad and icecream with cheese grated all over it… what an interesting combination… the locals seem to like it however. I guess they would think Marmite a foul concoction so I shall not judge…….

One thought on “Canine reverse-Darwinism.”