So I took the bloody bus and I wish I hadn’t. Buses make me miserable, a day on a bus is a ‘nothing day’ and as it happened the information I was given in Pasto wasn’t correct, I saw enough places to stay to have made the journey in 3 days…the last day would still have been a bugger though…. that was a long climb with no supplies at all along the way that I could see. The road was stunning however…. Anyway, lesson learned and I now have a better feel for what kind of ‘facilities’ if you like are available in the various villages. No more buses for me, aside from the misery of sitting in a seat for hours the hassle of actually getting the bike on a  bus here just ain’t worth it. It took a while to find the bus terminal in Pasto, bought a ticket being assured by the desk clerk that the bike would be no problem only to be told to forget it by the driver when the bus showed up… Refund was easy enough, bought a ticket from another company, lovely bus, great big luxury job… the company staff at the terminal were quite enthusiastic about the bike… “no problem”… except the bloody big bus had a luggage compartment the size of a rabbit hutch and a driver who eventually only agreed to take it in such bad grace I could have kicked him… and he reminded me of how pissed off he was at every opportunity…. in the end gave him a couple of dollars for his trouble to shut him up though he didn’t actually have to do anything, I took the wheels off, twisted the front guard round and the bars so I could slide it in the narrow luggage space above the transmission while he just stood behind me and whinged on about it… anyway, got it here with nothing more than a bent chainring and a broken front fender so nothing serious, but never again, not even if the flippin’ FARC start fighting round here again…. well, OK maybe then perhaps. 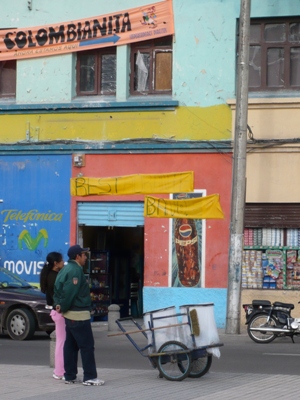 The high level of awareness of cycling around here is nice, it’s Sunday today, early this morning a few lycra-clad blokes could be seen heading out of town on a variety of bikes. There are some nice classic ’70s race frames around… steel Colnagos, Benottos etc… I wonder if I could trade my bike for one in Bogota before flying home… At the bus station the blokes were all over my bike and trailer… “what is it made of?”, “how many gears”, “how many flat tyres…?” all that sort of thing. Fun. 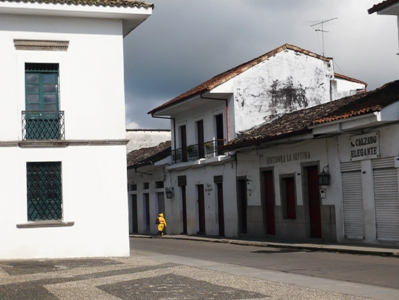 Popayan then….. this is a beautiful city, apparently second only to Cartageña, it is hard to describe, simply stunningly uniform colonial facades on every street, all in white, with the inevitable grand churches liberally scatttered around. It is a friendly town as you’d expect. I stopped in a  little hole in the wall cafe last night really in need of  a brew, the chap made me a mug of black tea (an unusual request here) with a drop of milk and was chuffed to bits when, in answer to his query, I said it was just like back home in England :o) I had my coffee there this morning as well…. I could really do with a green salad though… the fruit salads are great but vegetables just don’t seem to be on the menu anywhere… without exception it’s just fried chicken, fish, empanadas etc with papas frites or rice. 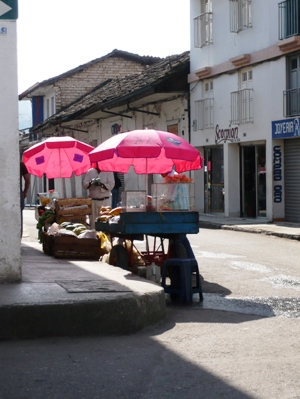 Tomorrow I’d like to head east into the mountains towards San Agustin, it is 2 days ride away over some big mountains but around the area there are scattered lots of relics (statues etc) of a pre-Colombian civilisation about which little is know. Sounds very much worth a visit and from there I think I can continue north east towards Neiva and Bogotá along the Magdelana river valley…. or I could loop back west to Silvia and Cali…. ummmm…! San Agustin area is/was known for guerilla activity but the reality is that  guy on a bike isn’t much of a target.. no value, no political connections etc etc. ….. 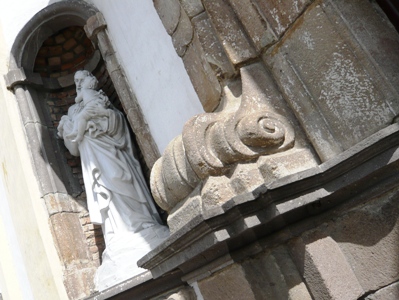 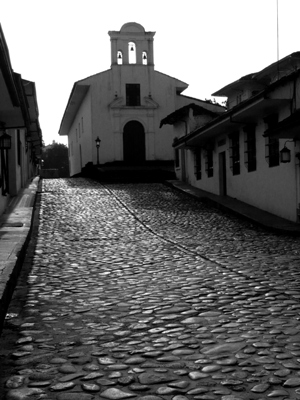 Anyway, other stuff… it is my sister’s birthday down in Rio tomorrow… so if you are reading Sal, Happy Birthday :o) 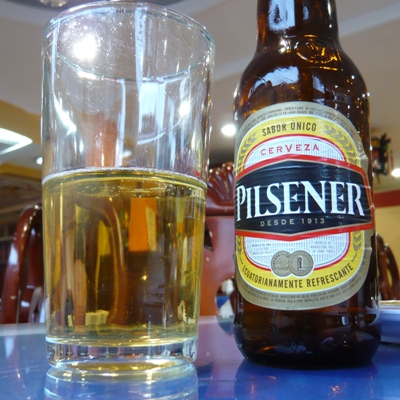