Just a news update, Shelterbox are responding as quickly as possible to the tragedy in Haiti, you can read more about it here: http://www.shelterbox.org/news.php?id=230

They’re in need of your help so if able to any donations gratefully accepted either direct via the Shelterbox site or my Just Giving page.

As for me the hardest part of my journey is tomorrow morning… the mental hurdle of leaving the security of a hostel, getting on my bike and setting off into the complete unknown… once on the road however it’s easy, it’s just riding. I’ve been thinking about where to cross the border into Argentina and I think it’s going to be a place called Paso Pina Hinchado  about 500km north of here. The altitude is only about 7000ft I think so will be a good early acclimatization exercise :-) From there it’s about another 1000km to Mendoza which is my first ‘mental waypoint’ on my way to Peru. will stop there for  few days and hopefully link up with another cyclist friend, Mark enroute from Buenos Aires. 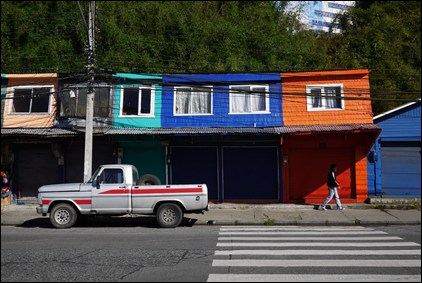 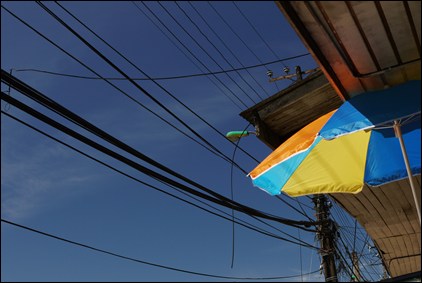 I did have a faint hope that the Chileno dogs would be as chilled as they were in Colombia when it came to cyclists but having been for a leg loosener this morning it sadly seems not to be the case… not all of em but some seem pretty keen for a taste of ciclista ingles… nothing a few well aimed pebbles can’t fix :-)

The weather has been fabulous today, crystal clear with lovely views of the snowcapped mountains and volcanoes in the area. Town is buzzing too, something of an election party going on. Tomorrow then I’m heading around the eastern shores of Lago Llanquihue via Ensanada to Puerto Octay. It’s about 60km longer (120km ish) than heading up the Carretera Austral but looks to be far more satisfying :-) So, as this will be my last post from Puerto Montt here are a final few photos… 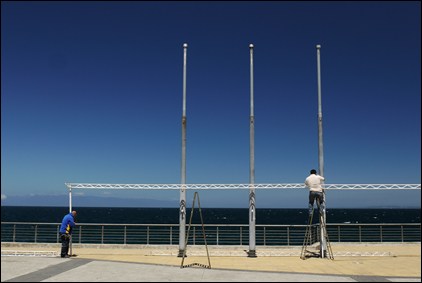 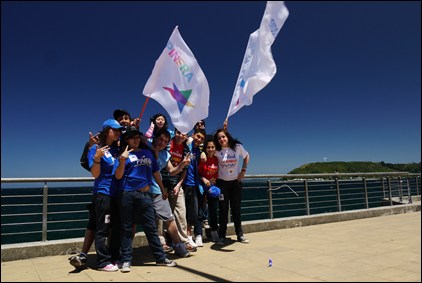 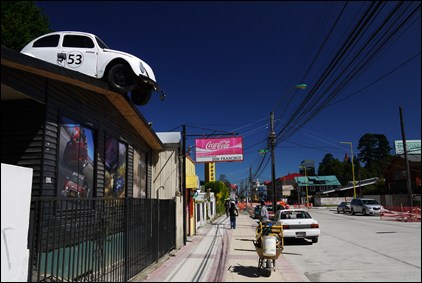