..enjoyed some terrific kippage in La Quiaca so felt OK on Monday morning, still weary though and I’ll have a few more lines to my face when I get home, but quite up for the ride to Tupiza… Getting across the border into Bolivia was a doddle, a 5 minute queue before the bridge to Bolivia to exit Argentina and just another 5 minutes in a shed on the other side of the bridge to enter Bolivia… The chap at immigration was super nice, wished me a safe journey and good luck and gave me a 90 day visa… people I met coming south had only been given 30 days… so either he liked cyclists or got laid last night… either way he was in a really good mood. An excellent intro to Bolvia. We also met Kate and Malena here from back down the road in Jujuy… they were in Humahuaca on Sunday morning based on an email I’d received so slightly surprised I said “how did…..?”. “we got the bus” came the cheeky reply…lol, don’t blame them, it was hard riding. So with four cyclists we were a regular posse as we rode approx 1km up the road under the bemused looks of the locals to a cafe for breakfast :-) 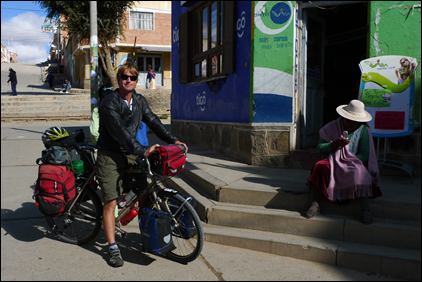 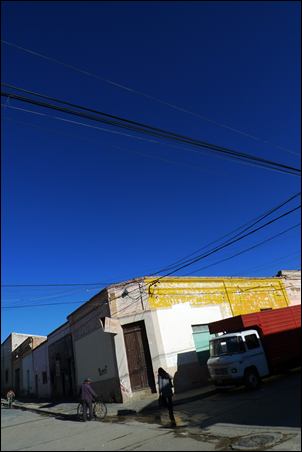 I’m always fascinated how a pretty much arbitrary line drawn on a map can make so much difference on the ground.. La Quiaca was a quiet, orderly, if a little scruffy, town… Villazon on the Bolivian side however is a colourful, seething, bustling mass of people and black market goods… and even scruffier :-) 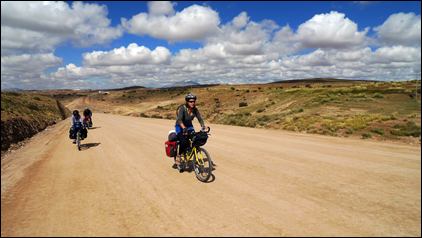 climbing out of Villazon

The rest of the day then was a fabulous ride, hard work but grin inducing.. 95km with 770m of climbing and 1200m of descending, we managed it in just over 5hrs of riding and 2hrs of faffing about eating and taking pictures, arriving tired, covered in dust and smiling at about 4.30pm. Pretty pleased with the time we made considering the altitude. The first 45km climbed and dived across the high puna before descending to below 3000m… back in cactus country. Loved the whole day – the terrain was amazing, the people were fantastic – all waves and smiles – even from the truck drivers, and despite the road being 95% dirt it wasn’t particularly bad dirt – mostly compacted mud rather than sand or corrugated gravel. There’s a lot of attempted road improvement in evidence in places, some sections of new all-weather surface to bypass the worst of the wet season muddy sections, but not worth lugging the bikes up the tall embankments onto – these sections had a habit of lasting 500m and then ending in a gaping chasm where they hadn’t got around to building a bridge. Judging by what I saw they might finish this road in 30 years time… Speaking of the wet season, it’s not done just yet – enormous thunderstorms towered around us much of the day and it rained pretty hard again last night. Hoping the road to Uyuni is dry enough to be reasonably passable, don’t fancy a 3 day mudbath. 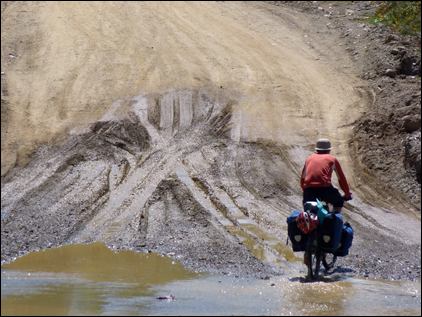 Tupiza itself is set in a wide river valley at about 2950m, below the level of the puna. I’m absolutely worn out today but we plan to stop 2 days to rest before the 215km slog up to Uyuni. The girls also made it all the way in last night which was brilliant, but sadly too late to join us for the best pizza I’ve had in all of South America. Ever. Staying in quite a nice little guesthouse for a fiver/night where the shower sprays water all over a 220v socket on the wall and the girls running the place are trying desperately to get us on a 4×4 for a tour up to Uyuni…. and failing miserably :-) So far liking Tupiza very much… scruffy, laid back and very friendly :-) 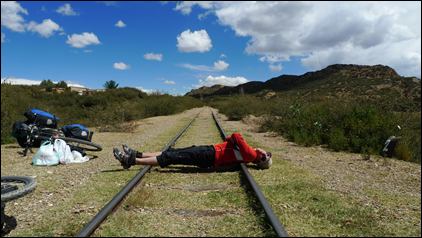 stopped for lunch and a doze on the railway tracks ... I blame the parents

Enough of the words.. here are as many pictures as I have the patience to upload, the connections here are shite…. 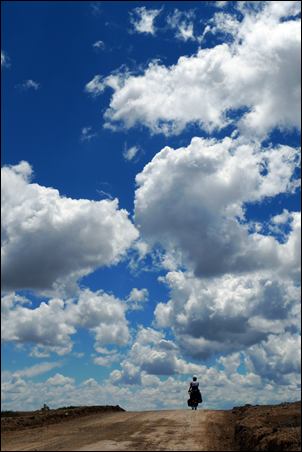 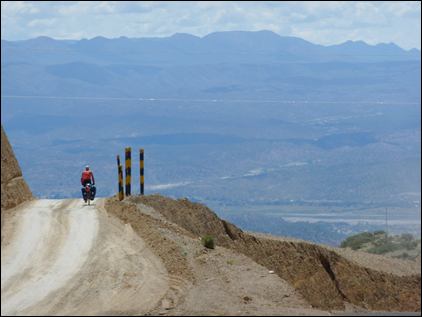 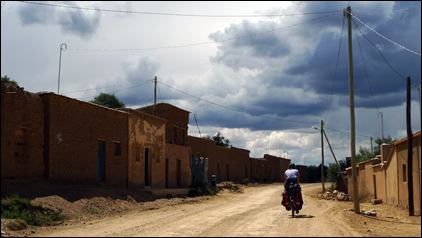 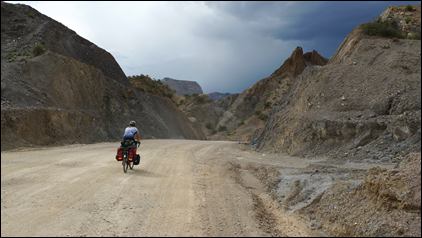 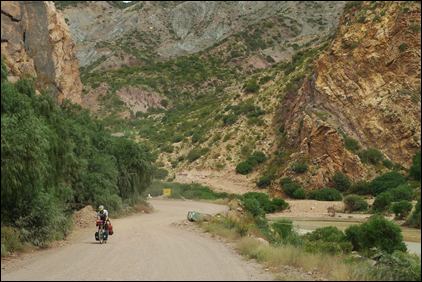 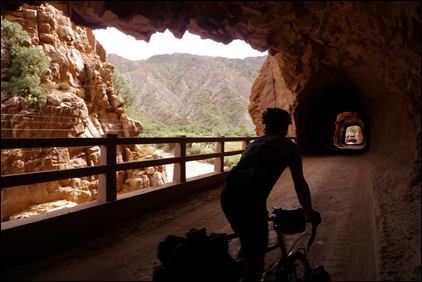 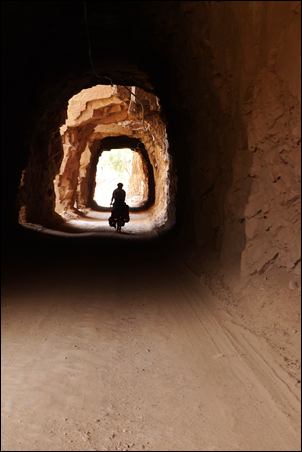 hollowed out of the rock.. 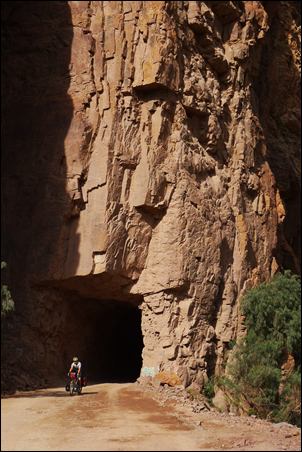 towering cliffs alongside the Rio Tupiza

….gawd this is tedious, just two more pics then, below. Forward plan is 3 days for the 215km rough track up to Uyuni.. have been advised to ride along the rail track instead – better surface, lol. From Uyuni cycle out onto the Salar, then north east to Potosi and Sucre etc… judging by state of internet here not sure when next update will be – probably a short one in Uyuni and then maybe Sucre or a Paz a big picture update… or something. It´s going to be hard riding but really looking forward to it :-) For now though there is a family just down the street with terrific coffee and cakes in the front of their house… so stay tuned and hasta luego! 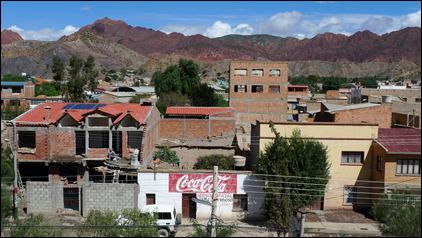 Tupiza... the view from my gaff 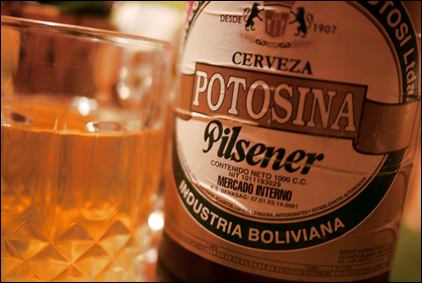 with ref to the title... another beer, not very good this one but there are others to try... :-)

One thought on “another day, another country, another beer…”