a few words on Uyuni are in order I think…. I wasn’t expecting much having heard many travellers along the way refer to it as ‘a dump’ but having spent 2 days here I’ve decided they were wrong… sure it’s not that pretty to look at it but it’s a great little place, I’ve found the people to be brilliantly friendly (as usual a smile goes a long way), I’ve had great food (Bostonian chap living here makes the best pizza .. ever), a great place to stay and it has a very mellow atmosphere. Perfect for the tired cyclist after the 3 hard days getting here (if you haven’t read that bit yet it’s the post below…). The market is good too. 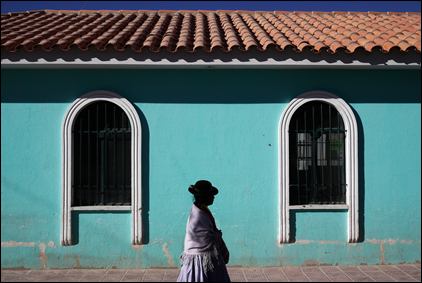 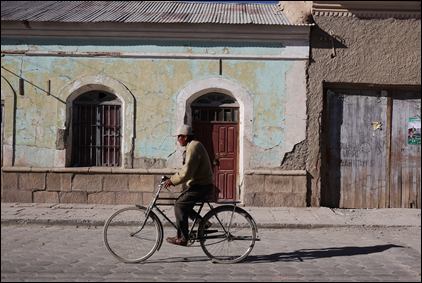 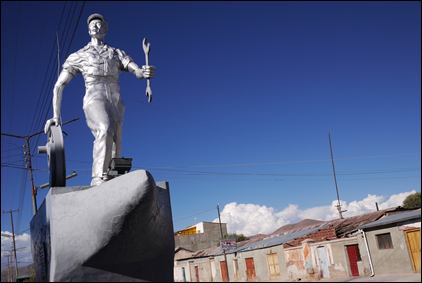 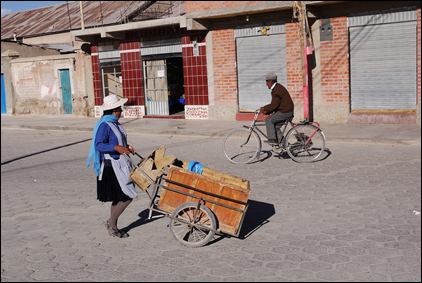 The outskirts of town are littered with garbage in all directions but amongst the broken glass and plastic bags there are also some very cool items of ‘garbage’ slowly crumbling away in the desert… I can’t show you all the detail pictures, I’d be here all night but these next few will give the general idea: 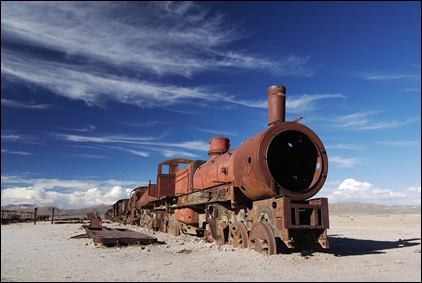 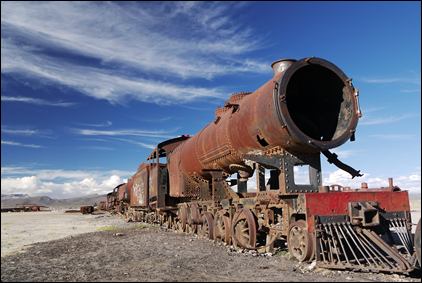 .. gently decaying in the desert 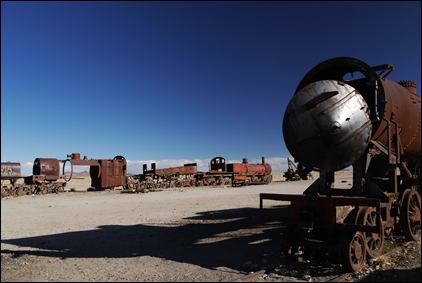 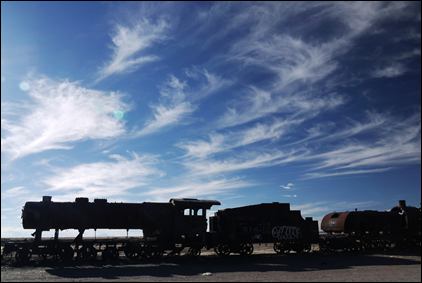 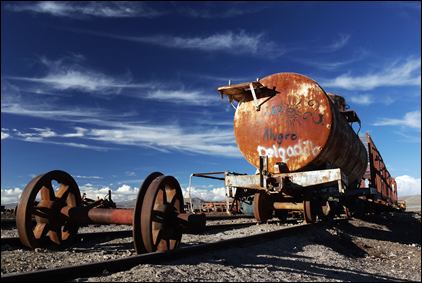 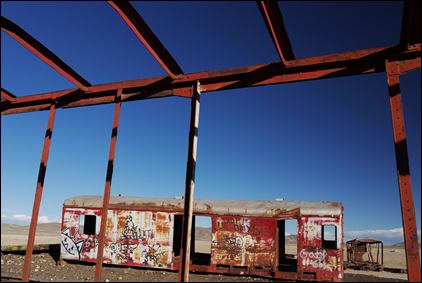 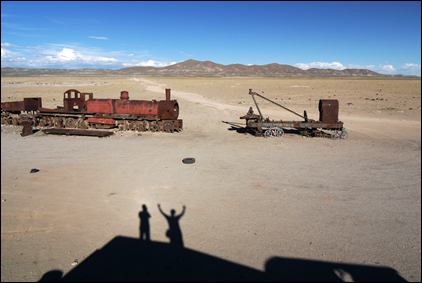 right that’s it for Uyuni, tomorrow… 80 km of salt to ride across, and the day after that… another 50km of salt.. and after that… who knows, so last seen heading in a generally westerly direction… adios!

One thought on “Uyuni etc..”