The ninth severe storm of the season barrelled into the cliffs of Cornwall yesterday. It was the most savage so far in what has been a very stormy winter. Our winters are becoming noticeably more stormy, no doubt a consequence of climate change, but also hoping that the relentless stormy weather this year is also partly attributable to the current El Niño. There have been precious few days this winter with sunshine and light winds. Two in fact that I can recall… Anyway, not writing to complain, yesterday quite the opposite – from a purely selfish point of view (I wasn’t flooded and my house still has a roof so far as I can tell..) 90mph winds and 40ft swells were superb… so rather than ramble on.. a few pictures follow …. 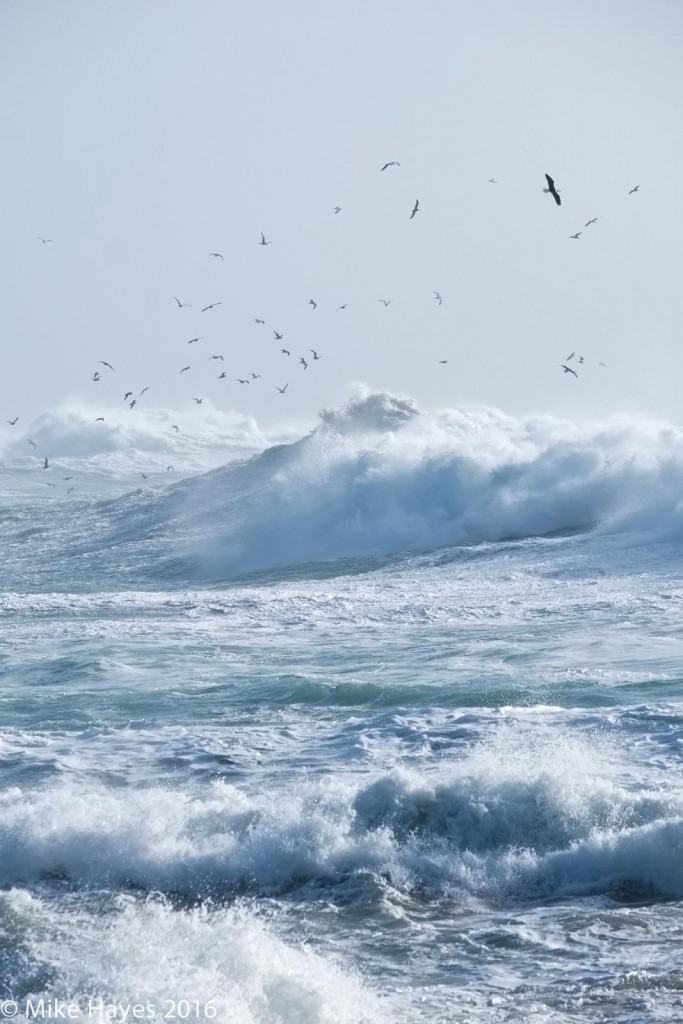 Birds wheeling just to the east of the Runnel Stone off Gwennap Head. A regular paddling spot.. but not today. It’s rare to see it quite this violent. 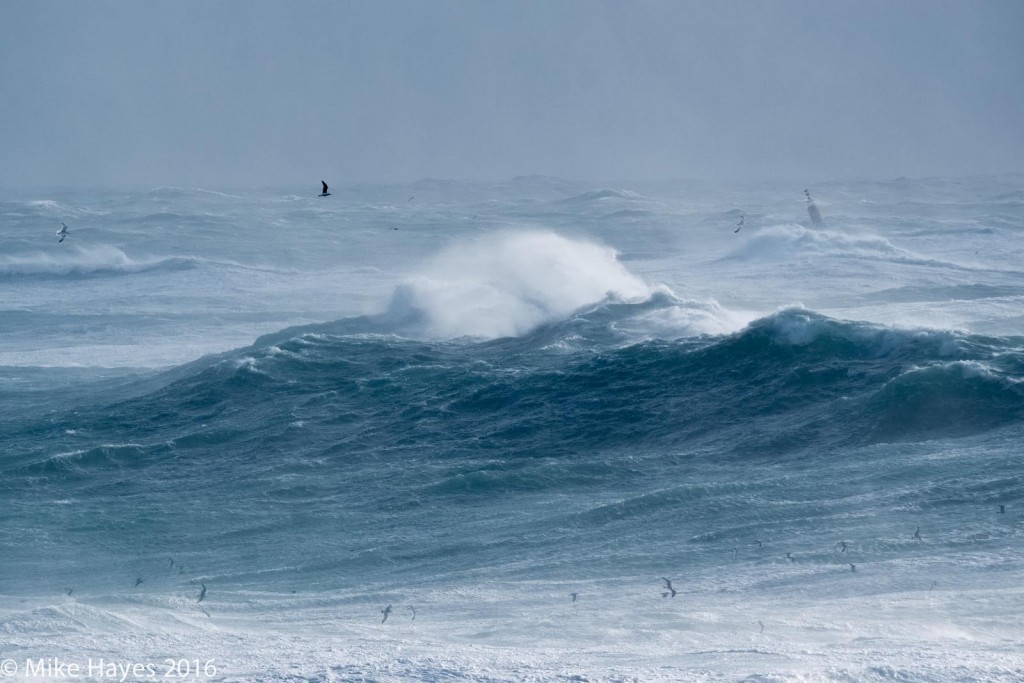 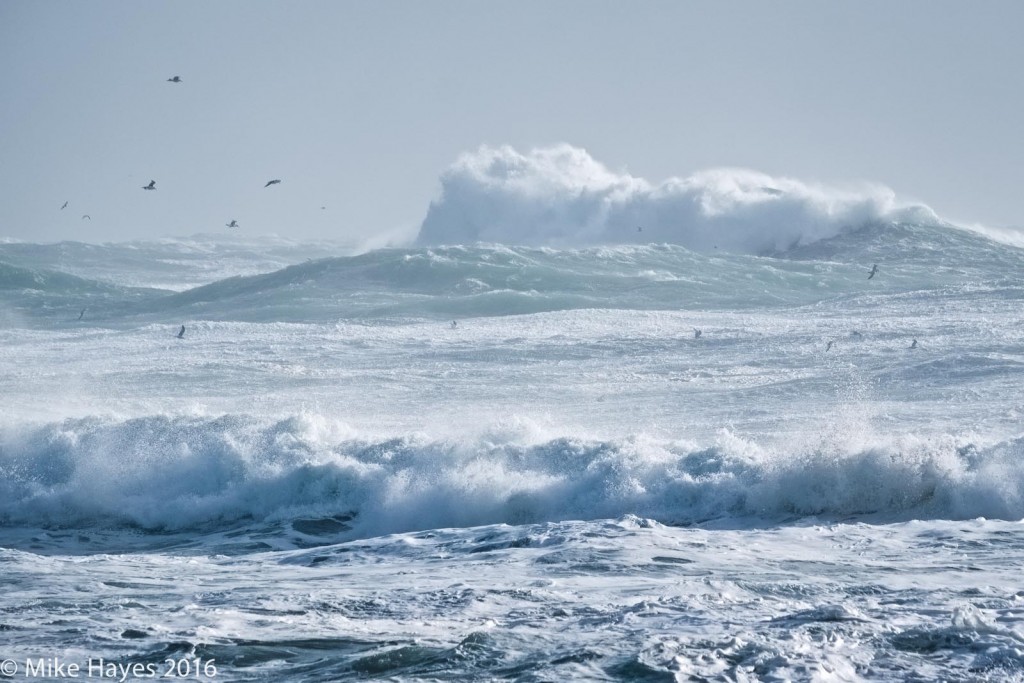 Mountainous seas. One of those days where the swell is big enough to reveal the more deeply submerged reefs around Lands End as huge breakers piled up well offshore. Treacherous seas indeed. 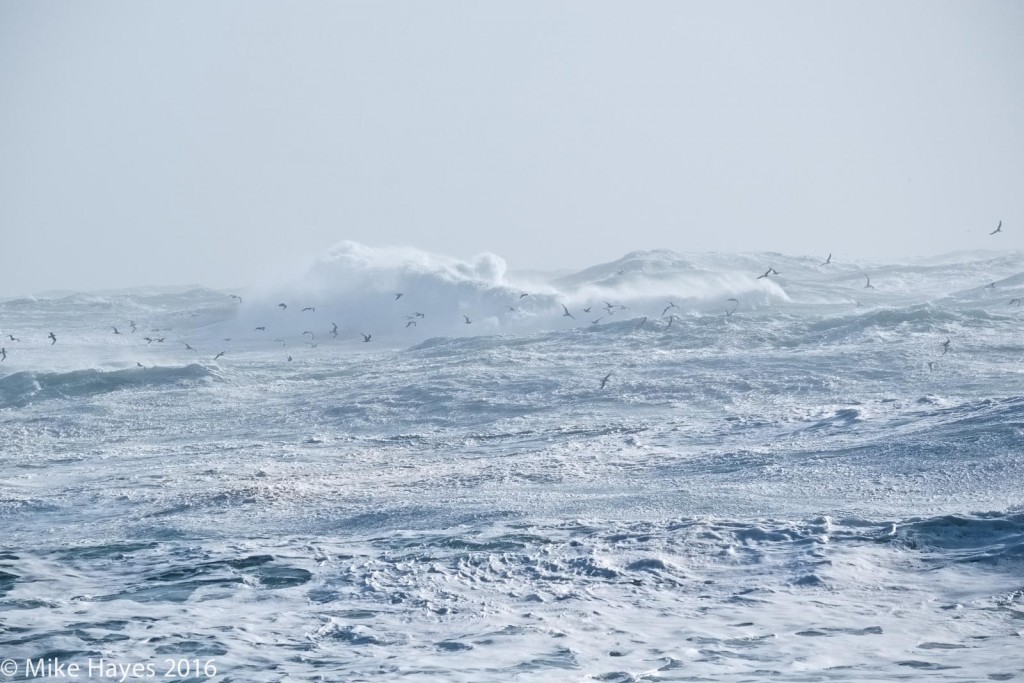 At times the light was stunning, with so much salt spray in the air and spells of bright sunshine. I loved the feel of it and it would be easy to believe the sea birds were enjoying it too… 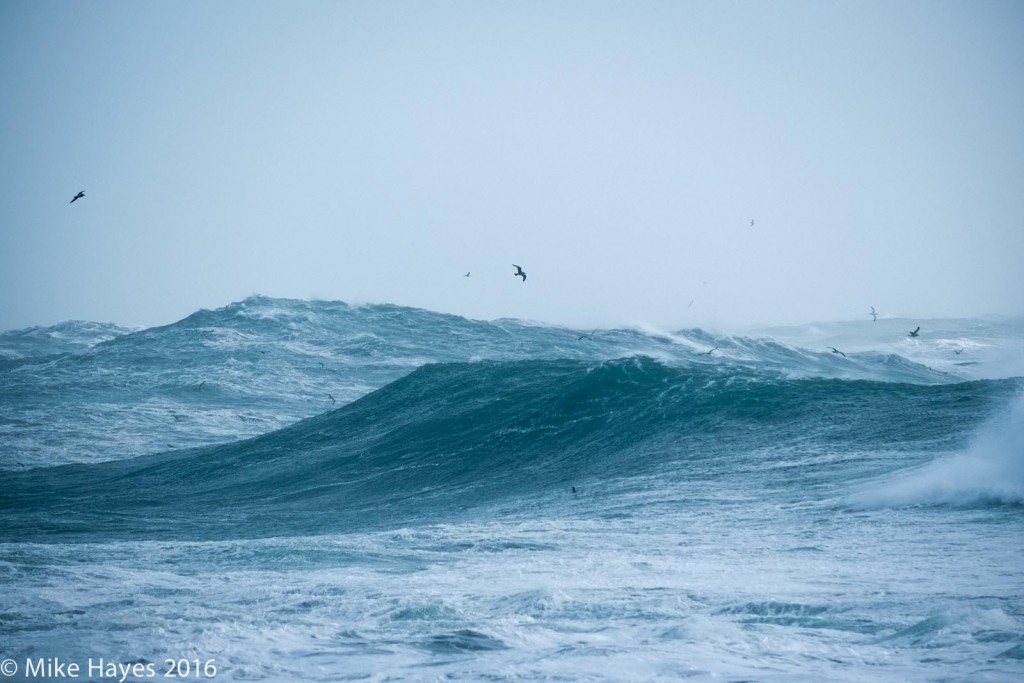 Liquid mountains.. kind of reminds me a little bit of the shape of the eroded landscape in parts of Tierra del Fuego 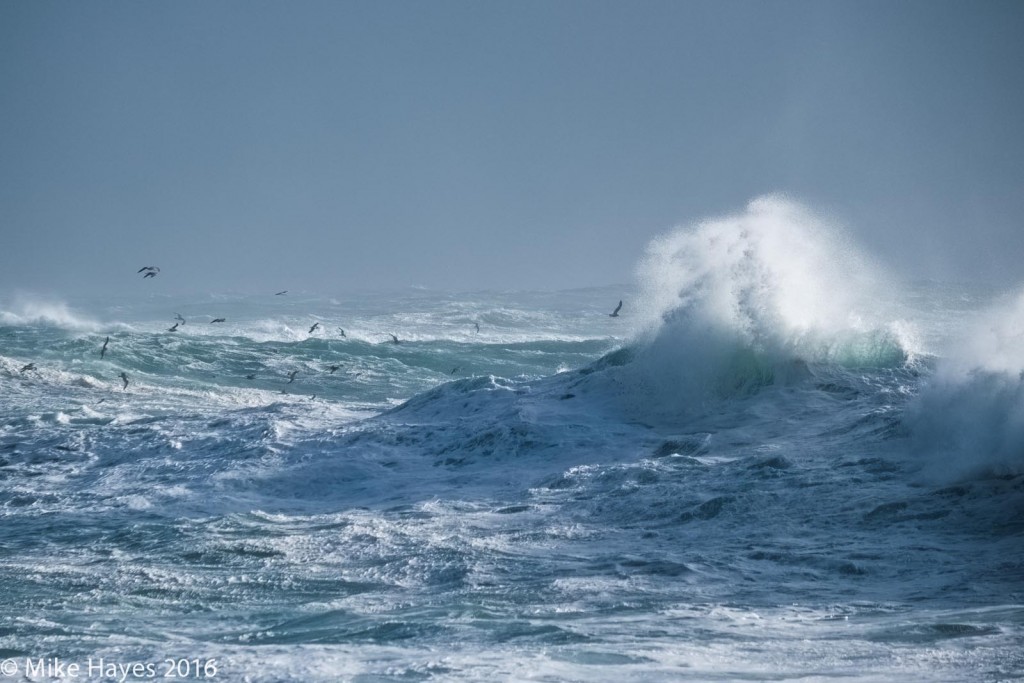 The taste of salt in the air, backlit waves and sea birds… wonderful. 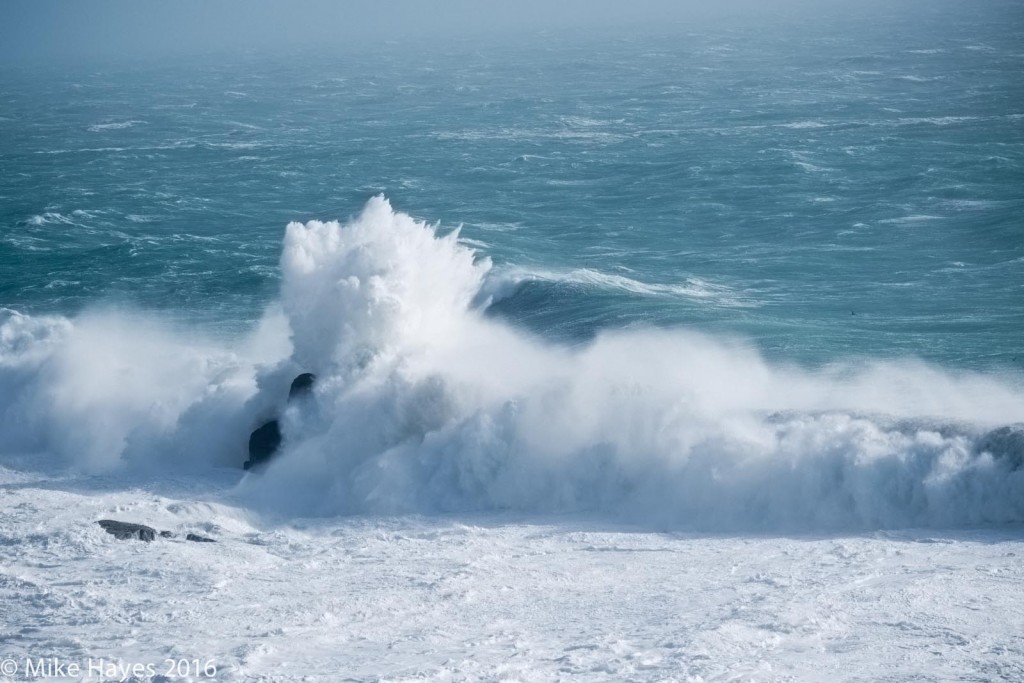 Boom! This is Porth Chapel, just west of Porthcurno. I’ve camped on the beach here with my sea kayak… It looked a little less friendly today. 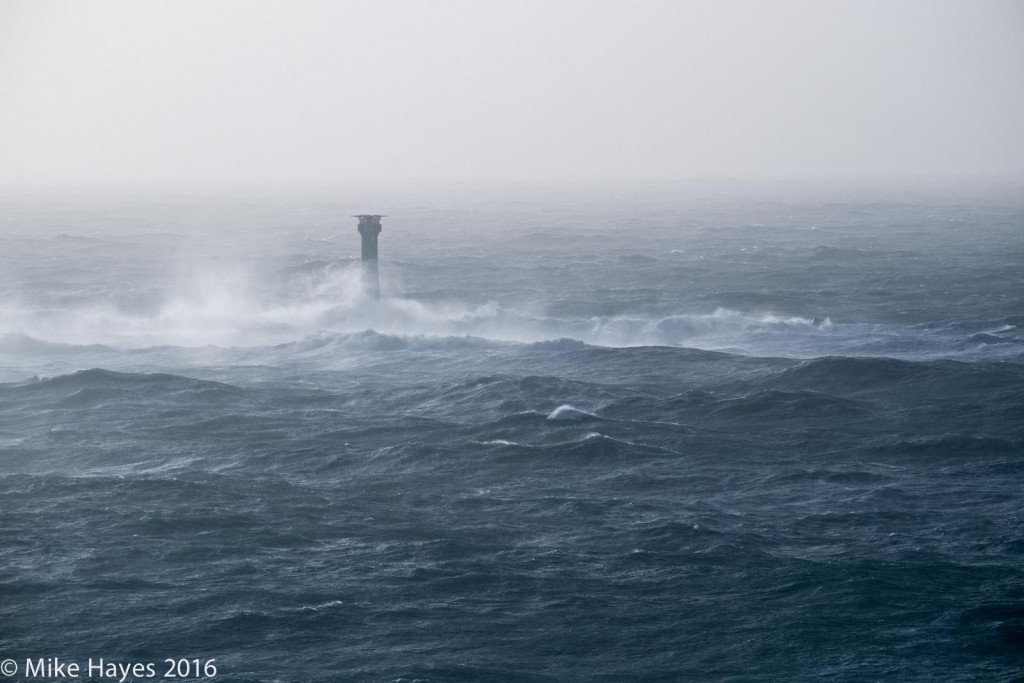 The Longships Light and Reef… Breaking waves were, at times, obscuring the top of the light completely. 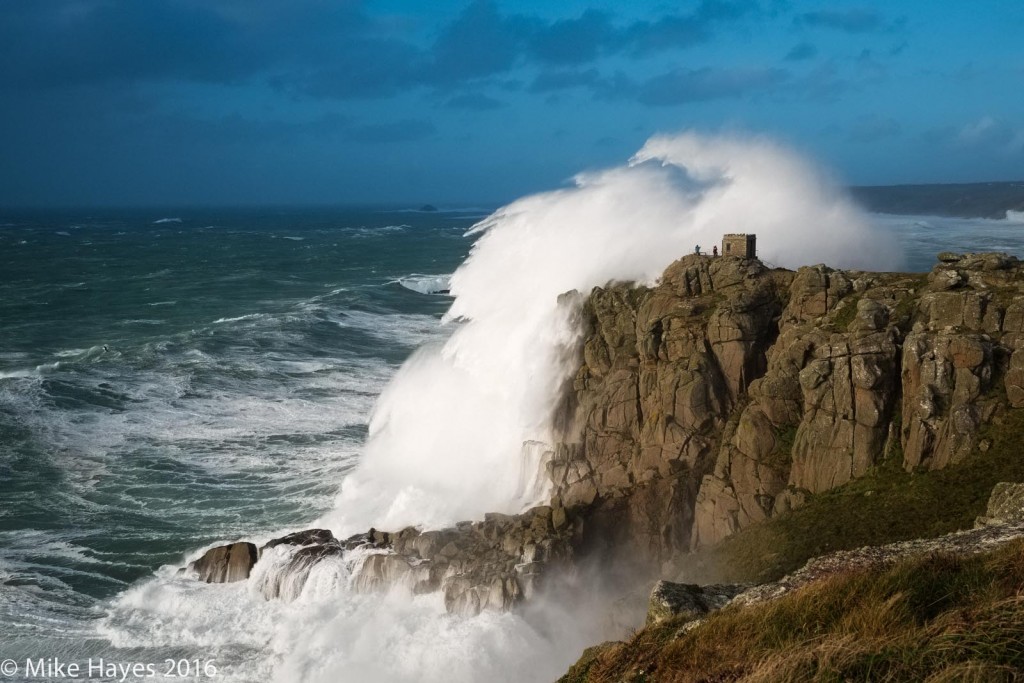 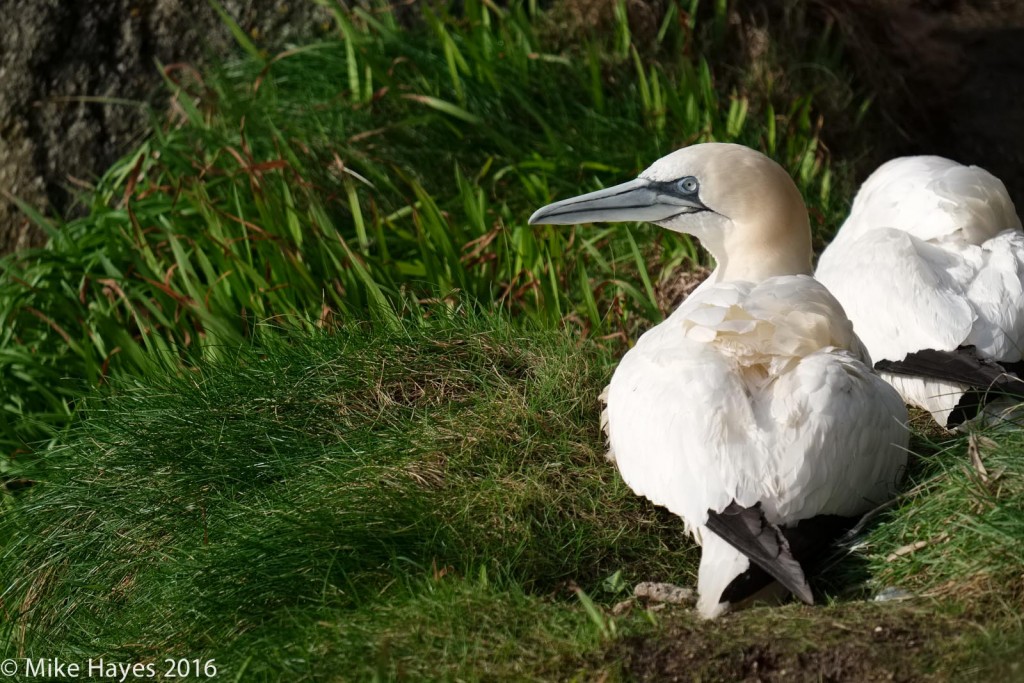 ..and finally.. you know it’s rough when even the gannets have to stop for a rest.