Well I stayed in Puno an extra day, due in part to a chance chat with a local chap last night who knew someone who ran a tour boat out to the Uros Islands.. so this morning I was down on the dock at about 7.45am watching various tour groups depart on boats for the various islands scattered around the lake. My new friend showed up and I was given a ride by one of his friends on a boat heading first to the Uros Islands and then on to some other islands with a tour group for an overnight trip.. I was dropped on the Uros with a promise that I would be picked up later on by the boat that this young chap worked on… somewhat dubious I went along with it anyway… and had a terrific morning :-) 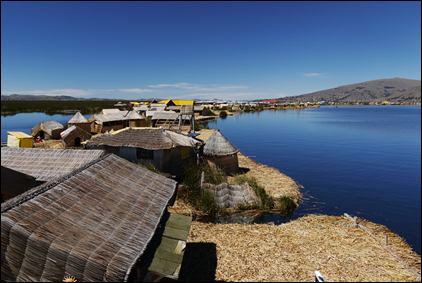 Bit of background.. the Uros islands are floating reed islands a few km offshore from Puno. The lake plants form the mainstay of their existence… their boats, houses and the islands themselves are all constructed from the reeds that grow in the shallow areas of the lake. The way of life is still primarily one of fishing, hunting and bartering with communities on the lakeshore… but tourism also now forms a part of their income, albeit a relatively minor one. Initially I had decided I wasn’t going to visit.. hordes of tourists gawping at people living an ancient, pre-Inca, way of life isn’t really my cup of tea, I’m just not comfortable with it… However I was pleasantly surprised, the people appear to have adopted the sale of handicrafts, in a particularly mellow and welcoming fashion, to visitors as part of their life without actually changing the way they live… it is, happily, very much a sustainable affair. 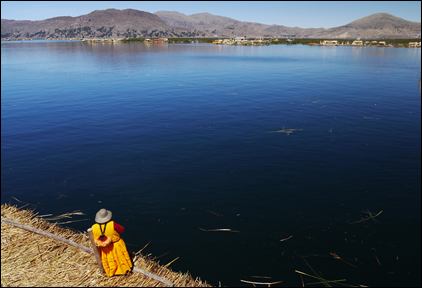 Being left alone on the islands after the tour boat had departed gave me a chance to have a proper look around and appreciate the tranquility of the place. The setting is magnificent and the Aymara speaking people really are very friendly. They are not entirely cut off from the modern world… solar panels were in evidence behind the reed huts and the occasional TV inside.. They also have a proper school for the children and a health centre, although apparently the latter is not used much as the villagers still prefer their traditional medicines. The islands themselves are fascinating, built on floating foundations of harvested ‘root’ matter bound together and then with a layer of reeds around 2 metres deep laid on top.. the reeds are renewed from the top as the lower layers rot, apparently an island lasts 15 years or so…  Sitting on the edge of one of these ‘rafts’ with a beer (!) I was able to appreciate the movement of the island in the wake of passing boats. 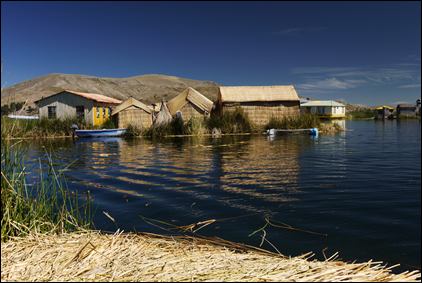 As for getting back to Puno.. sure enough, around 11.30am an empty boat showed up with my friend on board to take me to another island to meet another group on a guided tour. I felt like royalty, stretched out on the stern rail of ‘my private launch’ as we moored alongside that island. The short journey back to Puno was taken up with some exchanged lessons in English and Spanish and a genuine goodbye on arriving back in the harbour. Muy tranquilo :-) I never did make it to see the Yavari. Ho hum

I did buy a few bits and pieces too… it would have been rude not to and besides I don’t have to carry them on my bike too much longer :-) 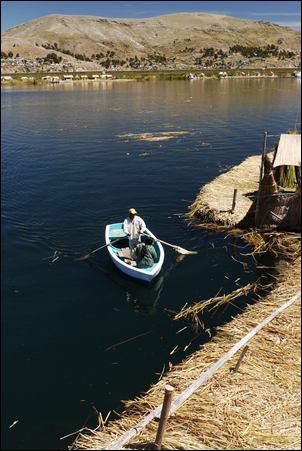 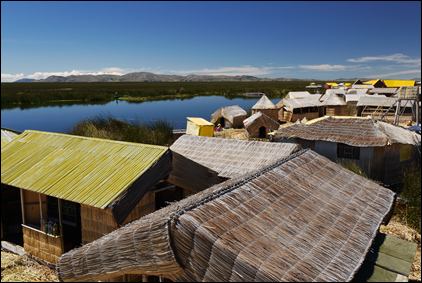 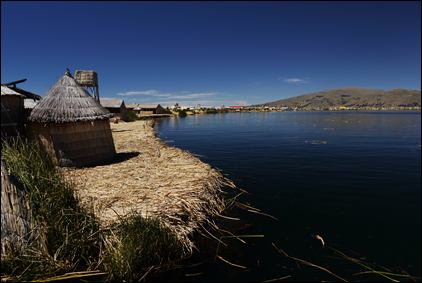 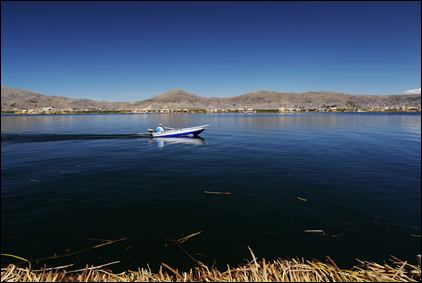 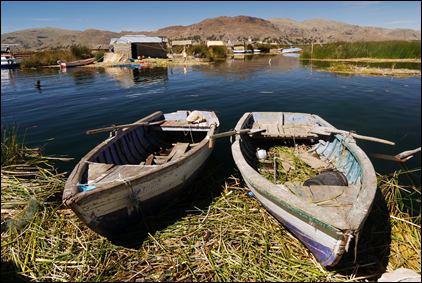 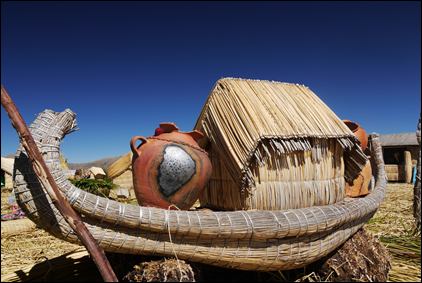 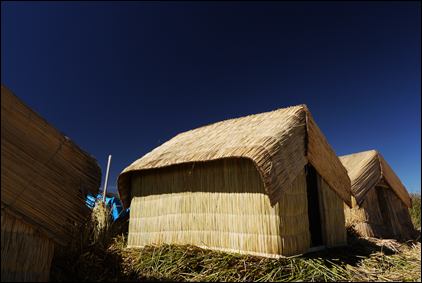 2 thoughts on “floating on a bed of reeds…”