Arturo Prat, possibly known as Archie or Arty to his friends, was a Chilean Navy Officer who become a national hero after his death at the Battle of Iquique in 1879. I only mention him because most Chilean towns, at least down here, have a street or a plaza named after him.. appropriately always an important street, and I thought it would put some context to this photo.. 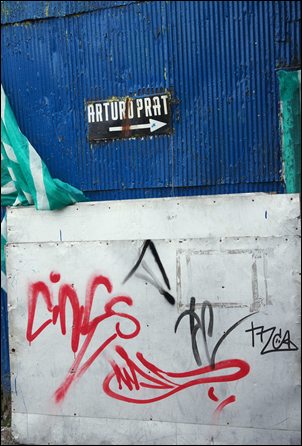 Wikipedia has a whole page on him here that makes for interesting & worthwhile reading.

My plans to move on today came to naught, a late night with alcohol and friends involved meant I got up feeling somewhat weary. Thought some fresh air might help so wandered down to the quayside and met a couple of fisherman enjoying a sunday morning box of wine… a glass was forced upon me… so it is all their fault. I need a siesta now. Still, I have time to chill and having a camera means I am never bored. I just need to get to Castro tomorrow to get my boat ticket to Chaiten.. hoping there are spots left, apparently it fills up fast being only a weekly service :-) 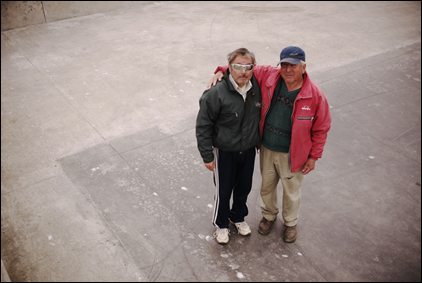 they even look guilty dont you think? hehe 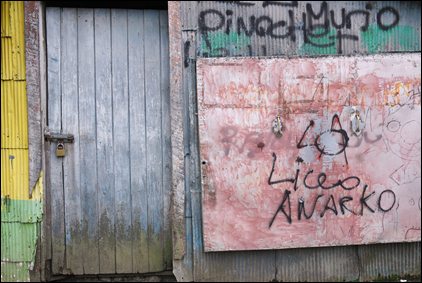 I do like a bit of what some folk would regard as scabbiness.. the scrawled 'Pinochet (died)' gives it 'place' 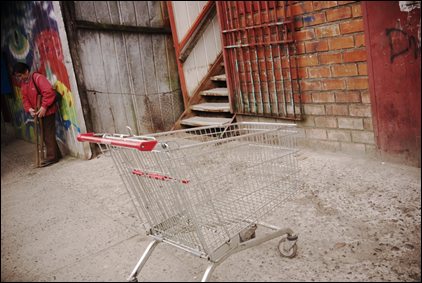 Chile has feral supermarket trollies too..