I have been in Rio Grande two days… Southern Patagonia has been hard going and with successive stormy nights I’m feeling somewhat shagged… besides with some time on my hands before my flight out of Ushuaia I figured this perpetually cold & windy town was at least worth a look. 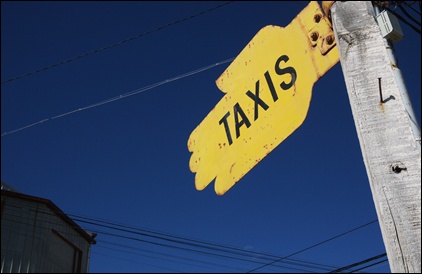 It is a strange place without a heart, just a lot of intersections, traffic lights and a jumble of concrete. There is a plaza but it barely qualifies as being a center for the town.. a soulless affair geometrically blending concrete and grass. In its favour however the people are very friendly (even if the dogs are not) and when the sun shines one can appreciate the colourful buildings and flavour of the town. My feelings about the place have improved dramatically since I rolled in on that deathly quiet Sunday afternoon, and not just because beer is cheap (Argentine Tierra del Fuego is VAT exempt to encourage economic development). 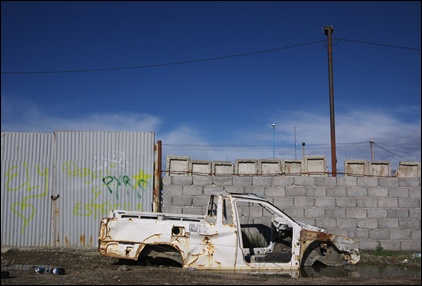 the Cornish village where I grew up has filled with holiday homes and wealthy retirees that like their village 'just so'. Given an opportunity to move back there I would park one of these in my front yard I think, just to add a little 'edgy flavour' ;-)

The locals have no qualms over brightening up their town with a lick of paint.. blue, green, yellow, red, pink.. you name it. Granted not all the colours work particularly well, I was not keen on the lilac ‘mansion’ on the way into town – given the lack of taste it probably belongs to a footballer -but I do think it would be a good thing if those dreary housing developments in the UK were given a touch of colour… 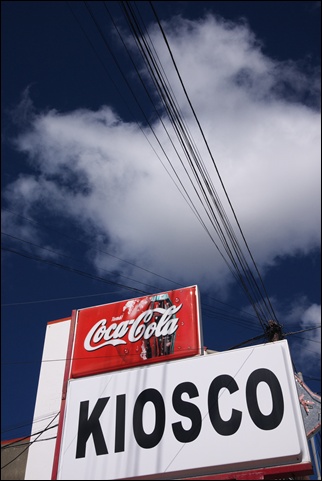 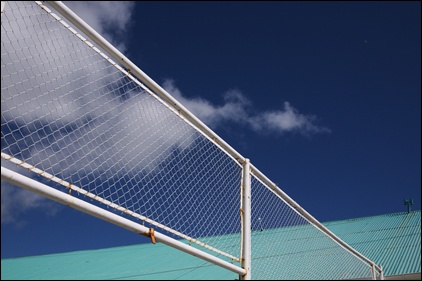 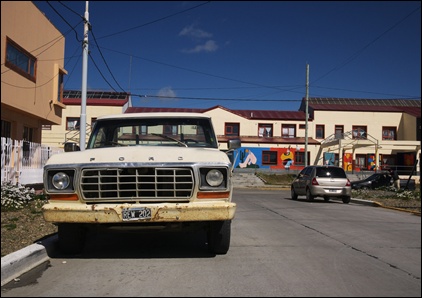 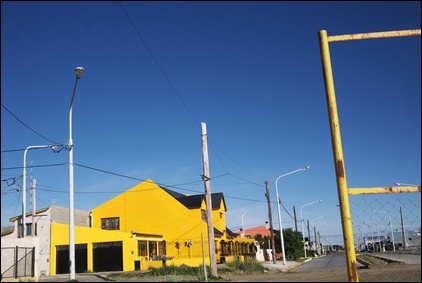 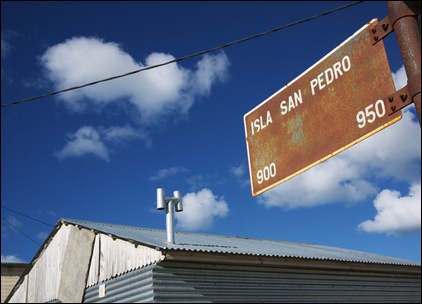 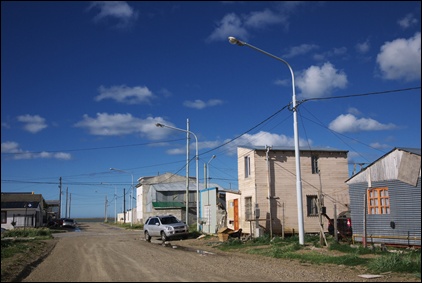 the burbs are a little 'tatty'.. but interesting 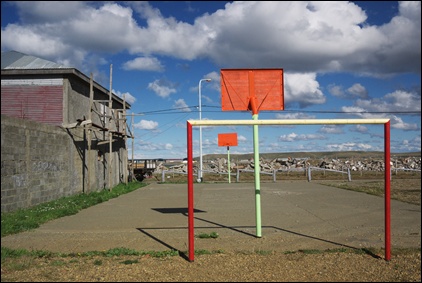 the city has provided playgrounds and ball-courts all over... 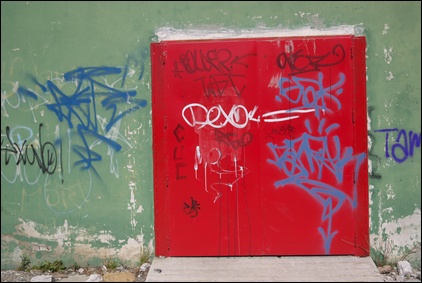 .. despite which every spare surface seems to be covered in graffiti. Not the product of talented artists but rather the ugly scrawls of bored youth 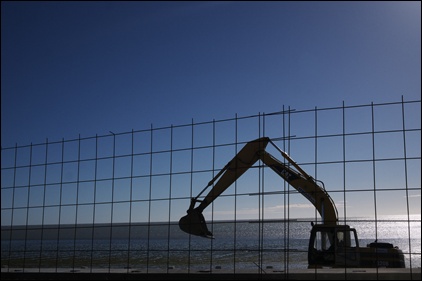 a lot of coastal defence construction work going on

The full name of this province is Tierra del Fuego y Islas del Atlantico Sur.. which includes Las Malvinas/The Falklands and South Georgia.. both of which Argentina claims sovereignty over. All over Argentina I have come across occasional reminders of the disputed islands.. a rusty roadside sign in Chilecito, street names and so on. In Rio Grande however the reminders are everywhere. Given the proximity of the town to the islands and the military base I imagine that a number of families lost members during the conflict and feelings over the islands are very much alive. 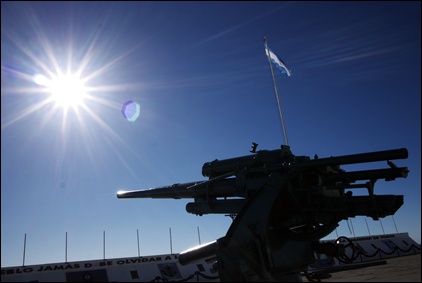 one of a number of official monuments to the conflict

The history of the various claims over the islands is interesting – I suggest Wikipedia for a summary. Successive Argentine goverments since the fall of the military junta have pledged to use only peaceful means to recover the territory but it is a dispute for which officially there will be no resolution for as long as the islanders wish to remain British citizens… their right to self-determination…. not to mention the recent oil finds .. ;-)

..& one of many unofficial. This one painted on the side of a house. Rough translation "must not forget, Islas Malvinas Argentinas for ever".. or something

Despite all that in more than 3 cumulative months in Argentina I have never felt anything less than welcomed with open arms. I have been confronted with the issue on a few occasions but always good naturedly. It is a problem between governments, not people.

Anyway, tomorrow I shall set sail for Ushuaia. The final leg of this journey. Just 250km which I should deal with in 2 days… with favourable winds!